Folding the Roofline of an Addition Creates an Unexpected Delight

The carefully crafted folds of the ancient art of origami create something new and unexpected from a simple piece of paper. At Origami Fold House in Footscray, SG2 Design uses similar principles to fold the roofline of an extension, blending in with the original house, while bringing in natural light and adding some creative flair. It creates something quite unexpected for this reno... 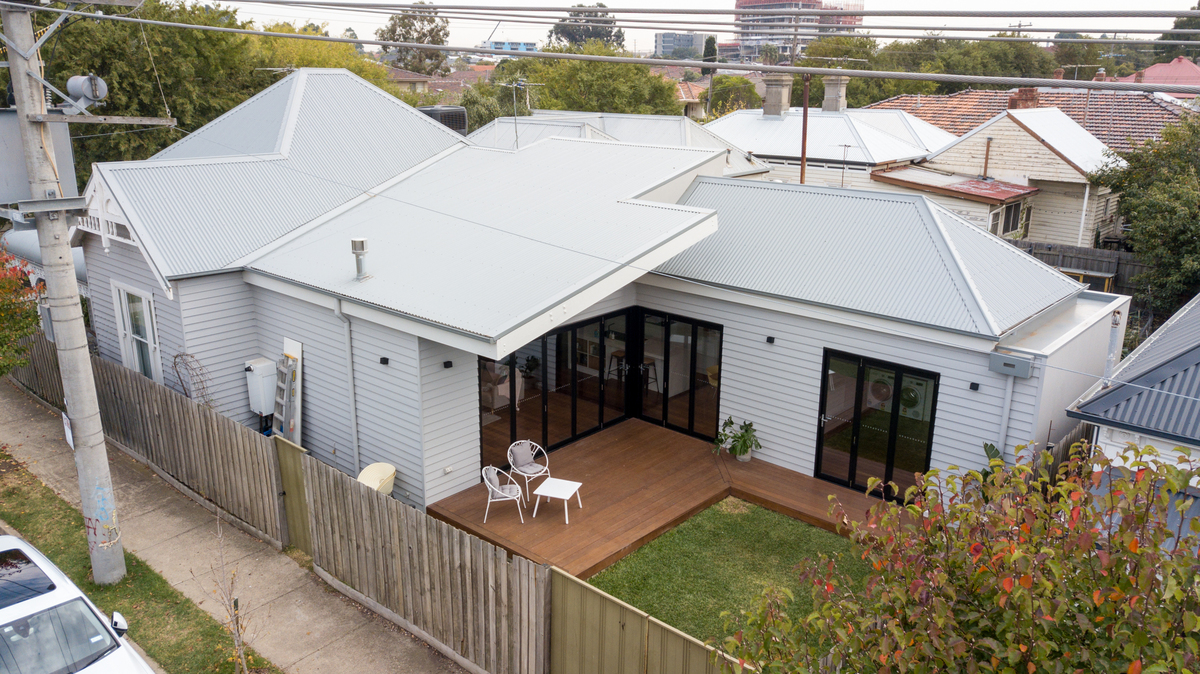 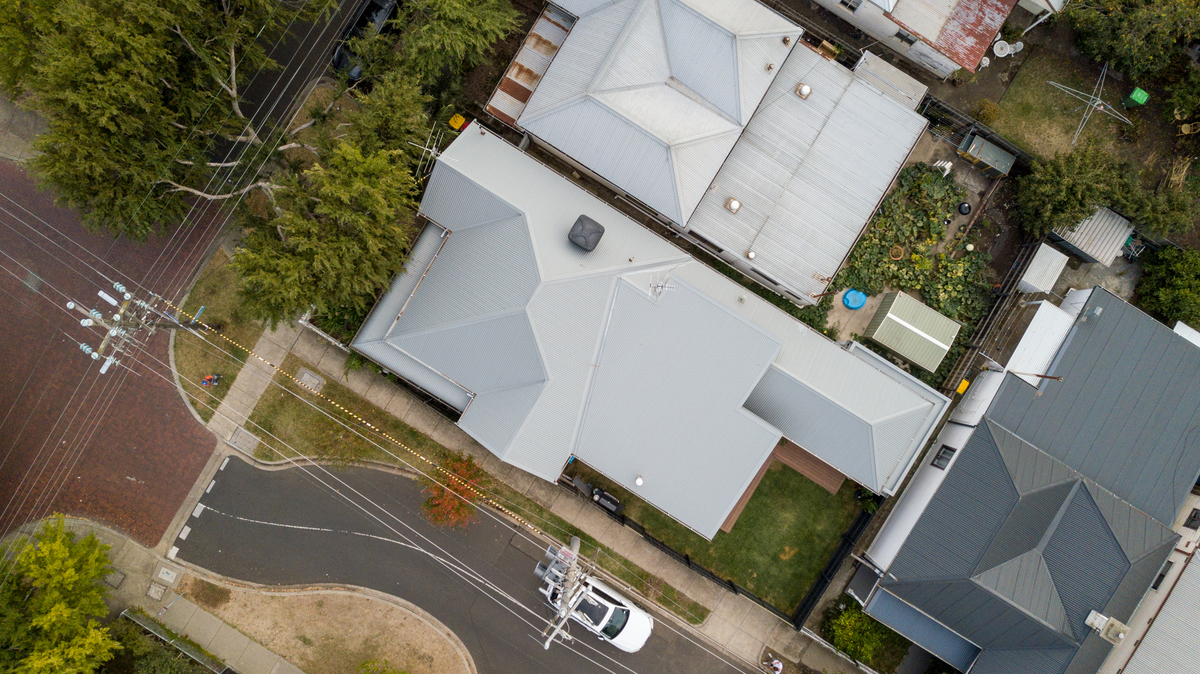 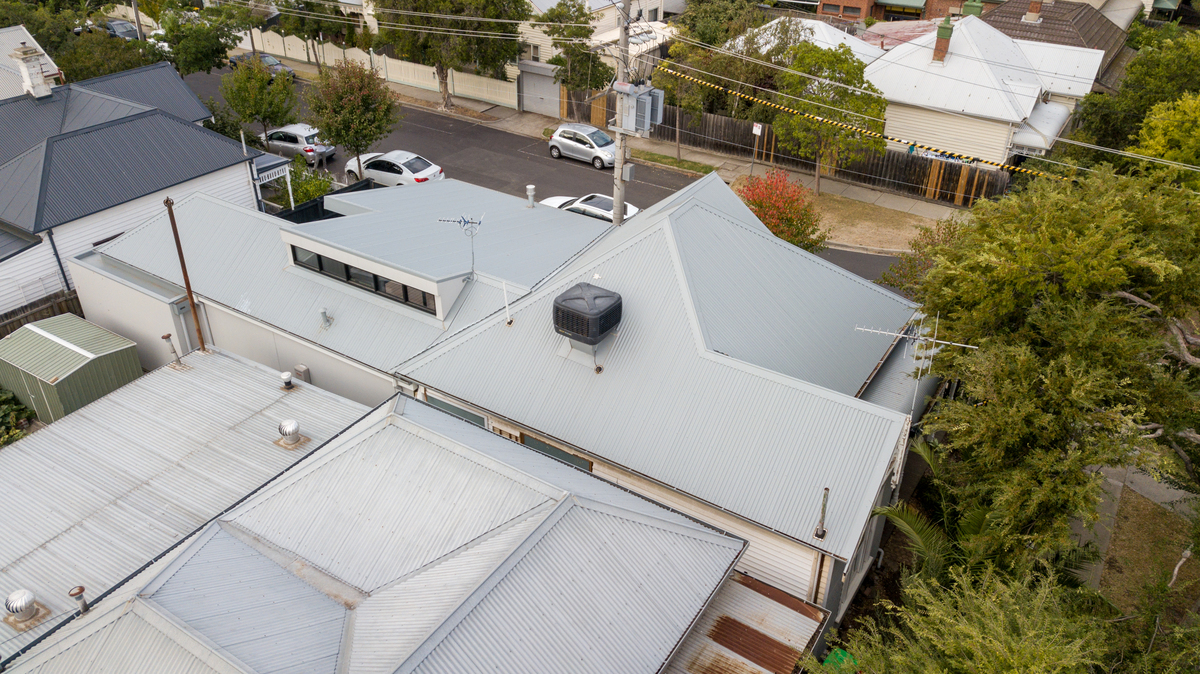 After demolishing the rear lean-to structures which poorly connected to the original house and garden, SG2 designed new living areas, a laundry/workshop and rear deck. The additions are pushed against the northern boundary to take advantage of a corner block and no neighbours on the southern side. 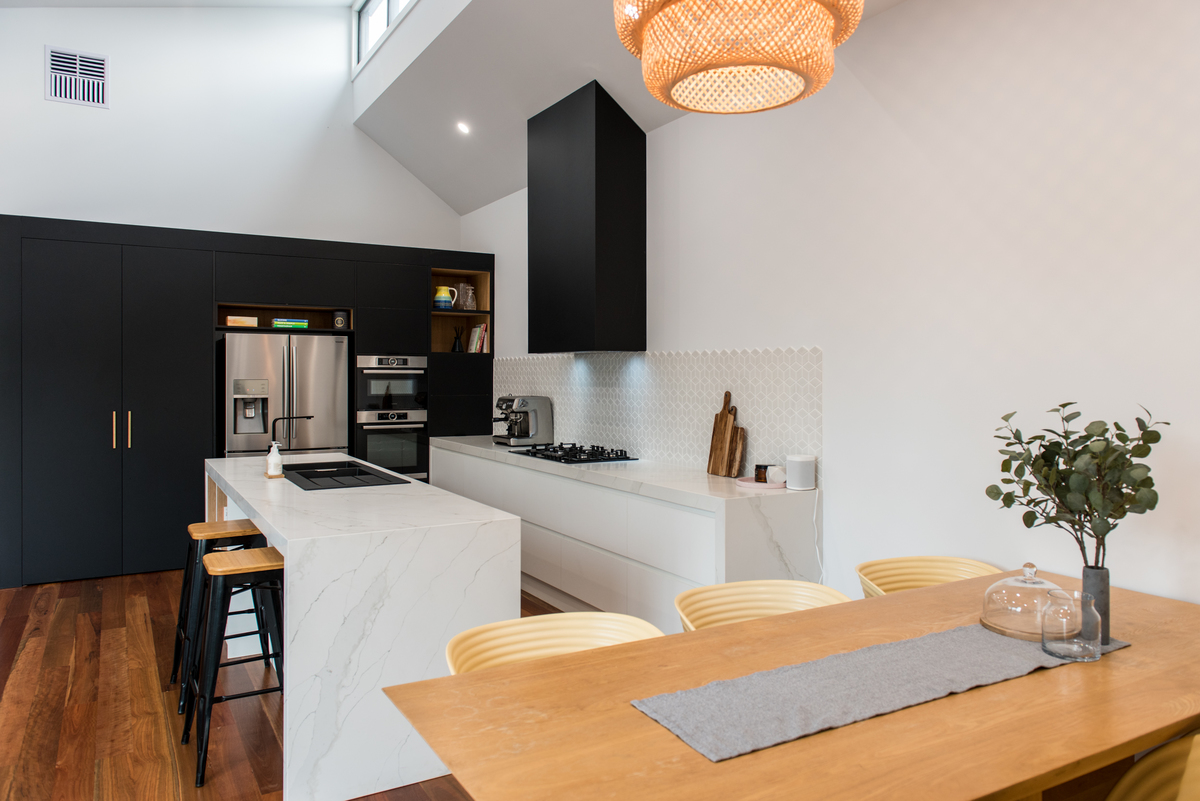 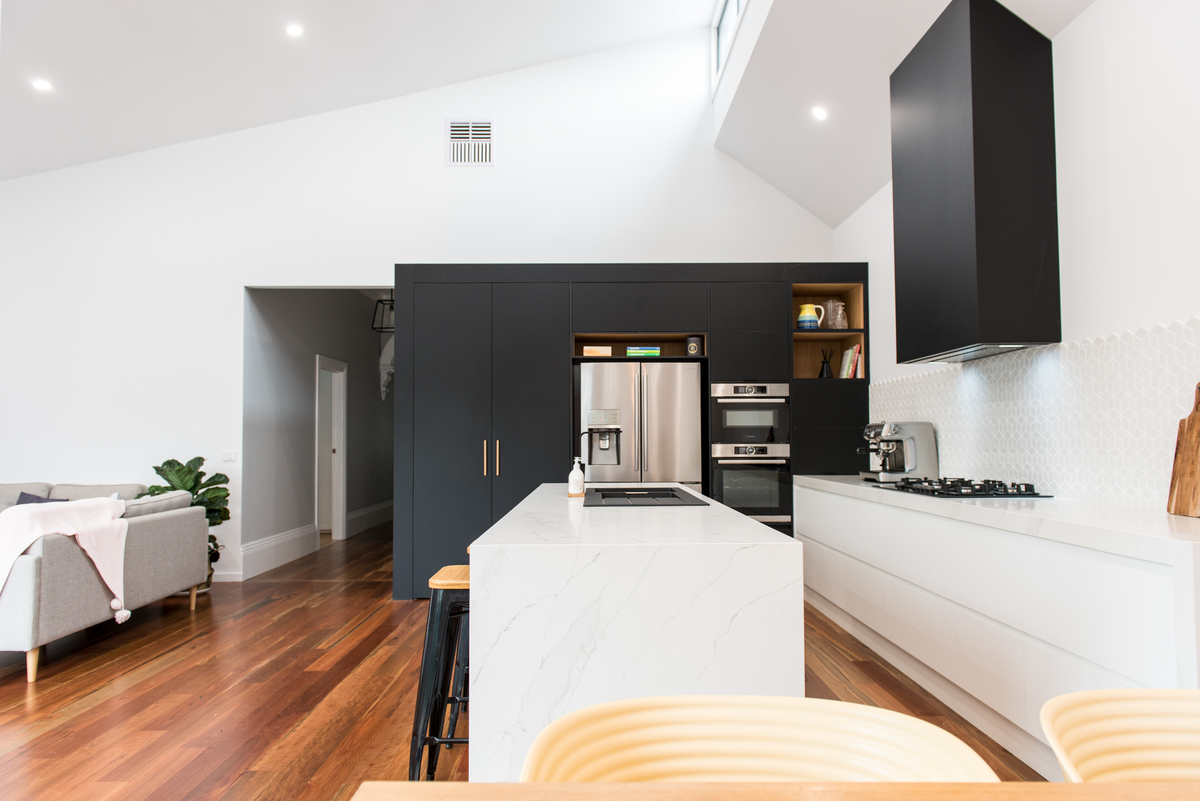 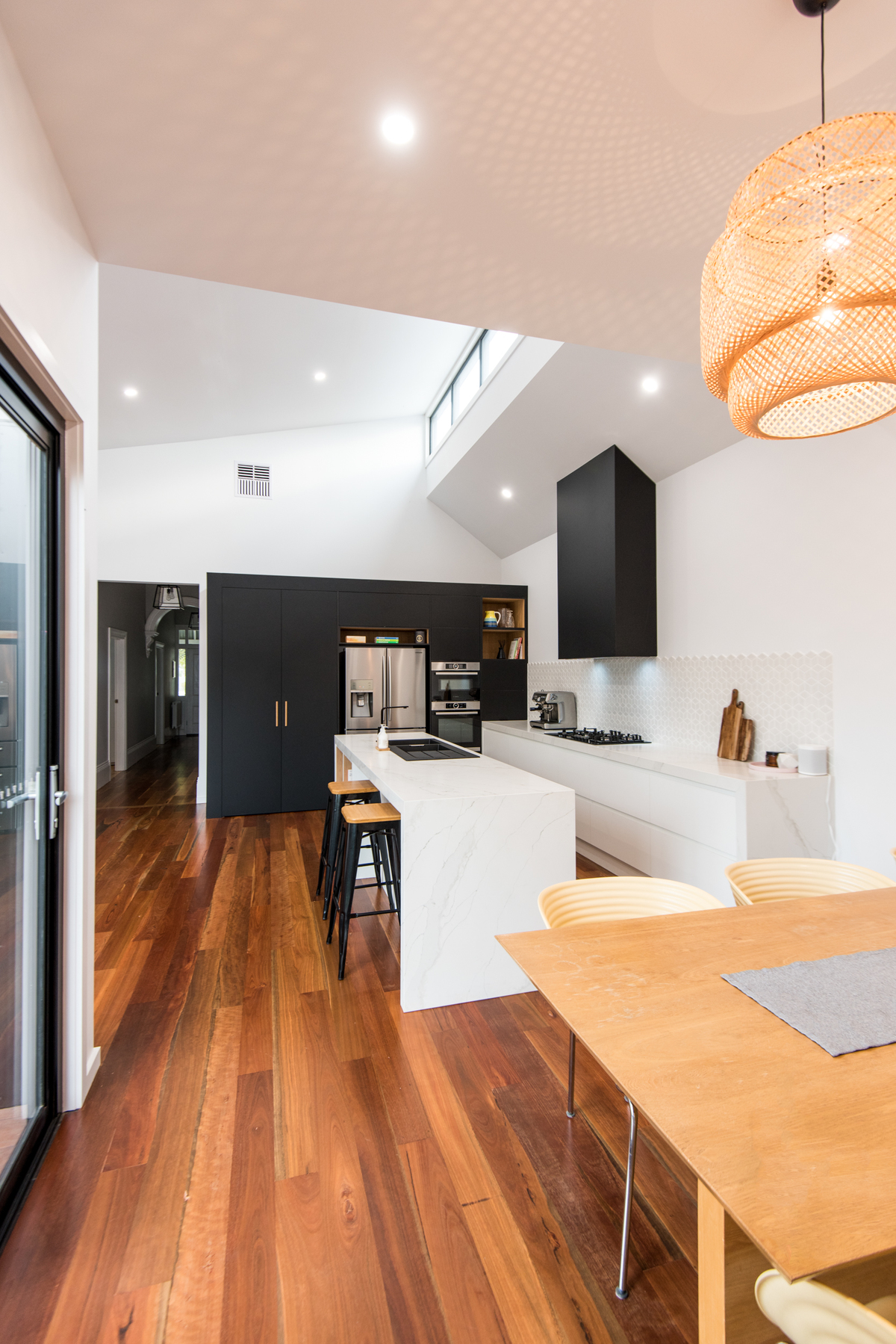 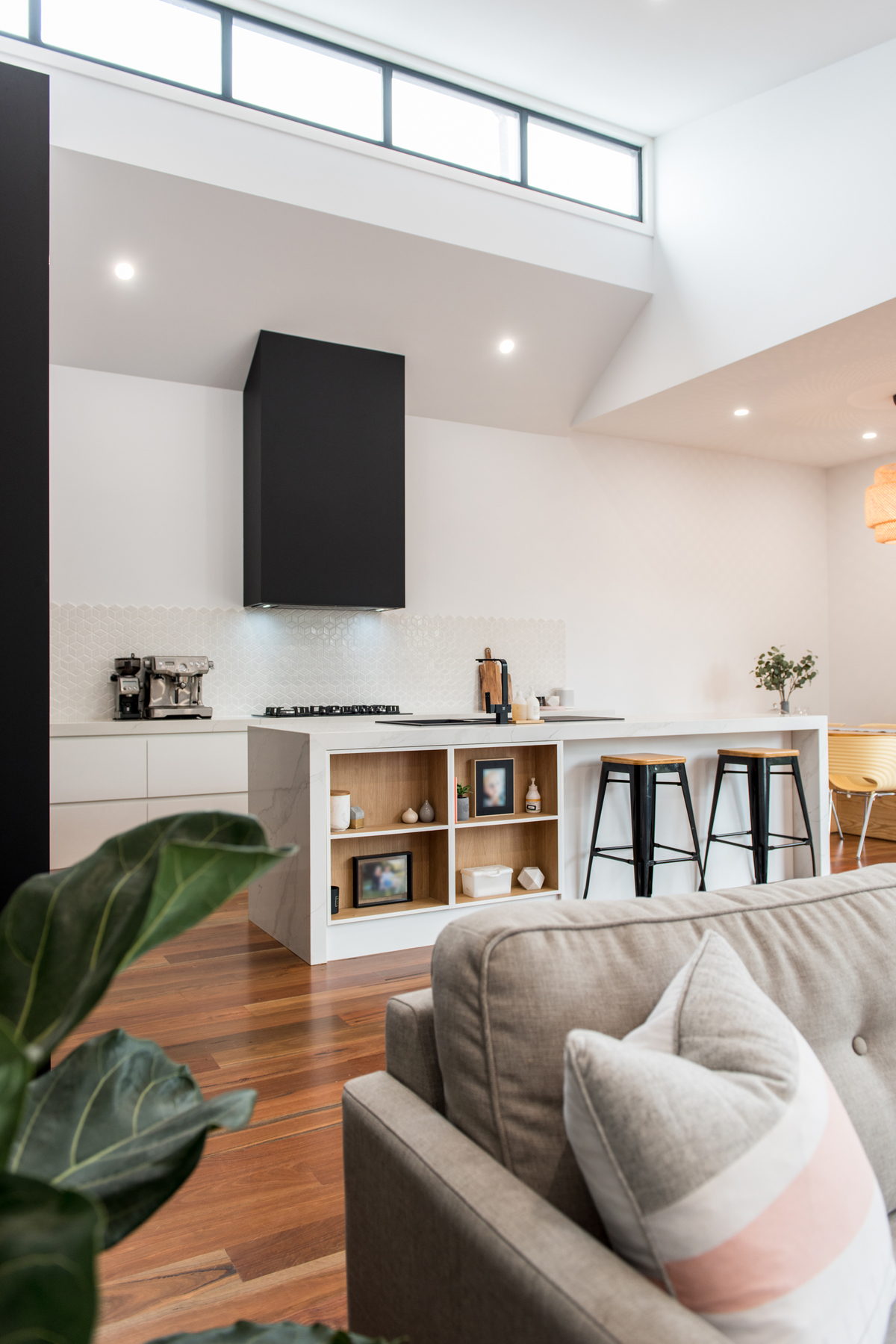 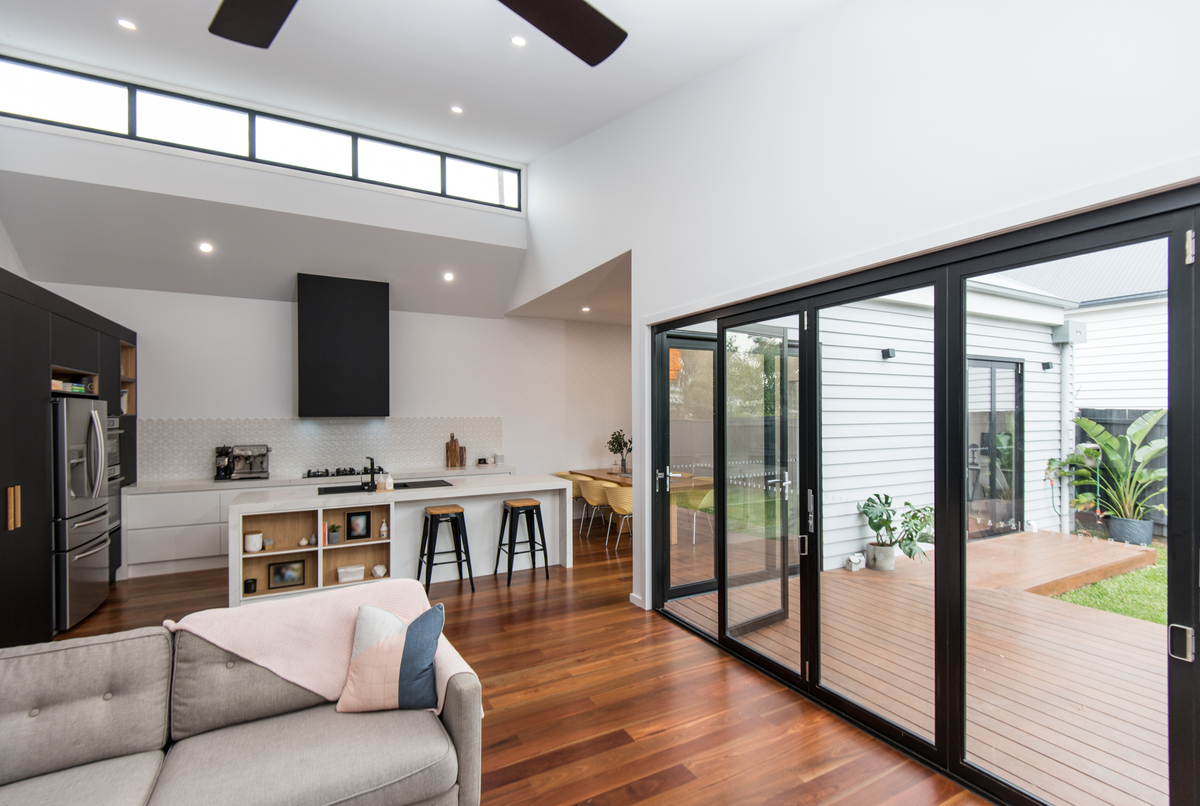 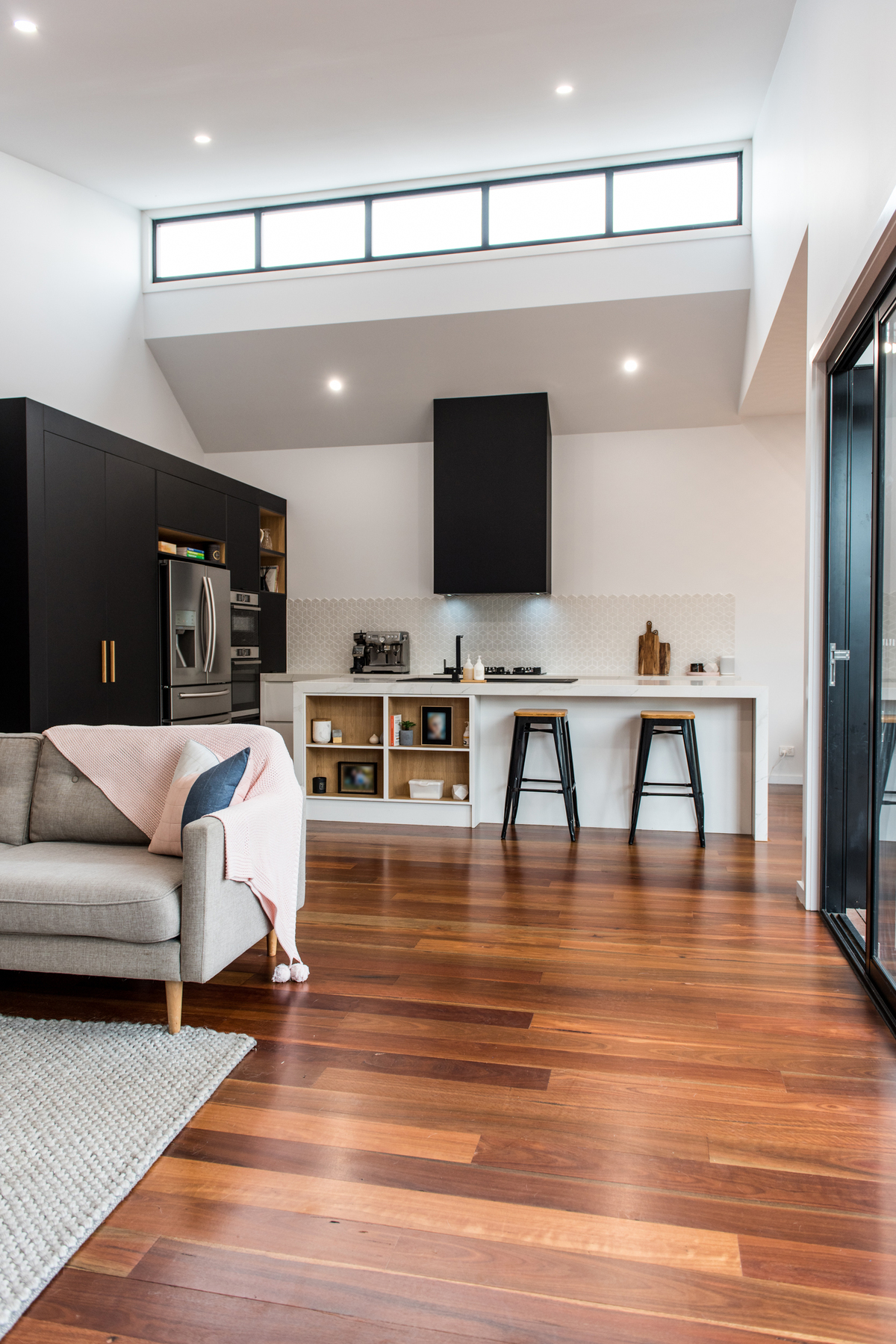 The problem with this approach was limiting the amount of north sun that could enter the new living spaces. But that issue was solved with a clever, origami-like roofline which soars up towards the north. With the help of clerestory windows at its apex, the living areas are now bathed in north light and the windows can also be used for naturally ventilating the home. By simply opening the windows in summer, the rising heat is drawn out, to be replaced by cooler air and breezes from the garden and deck to the south-east. 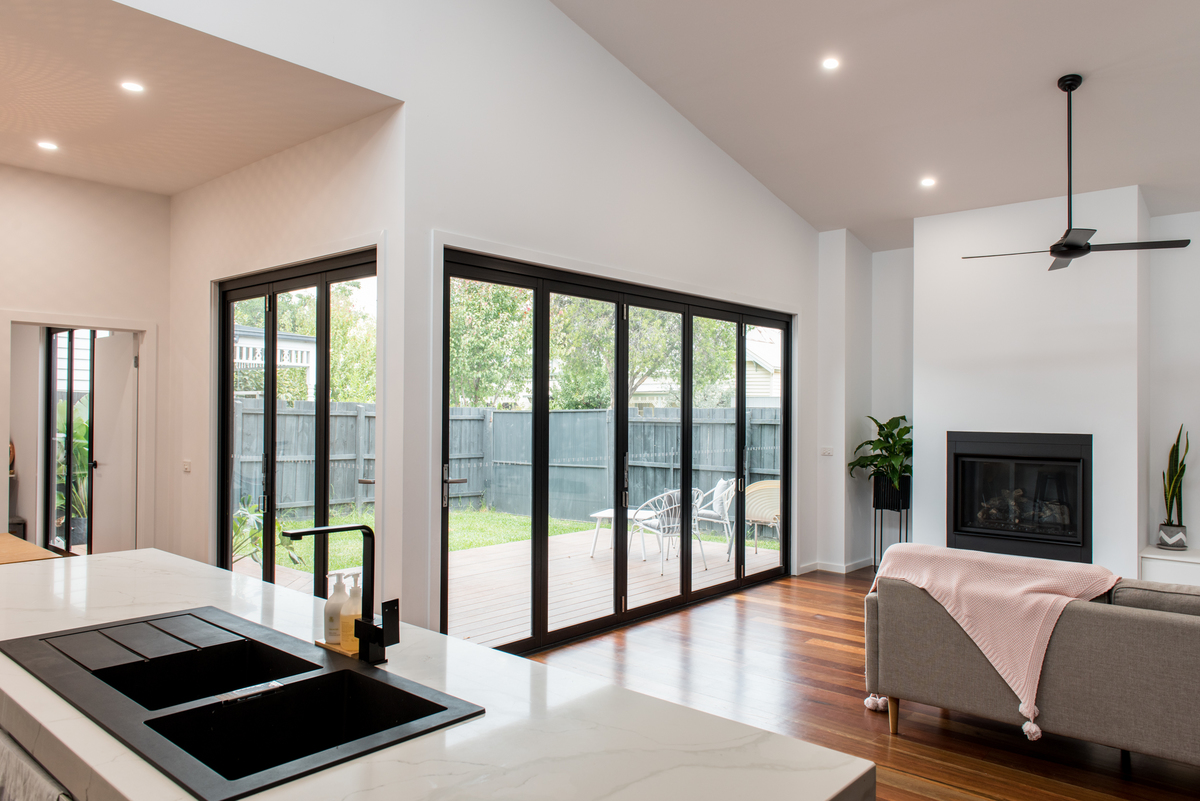 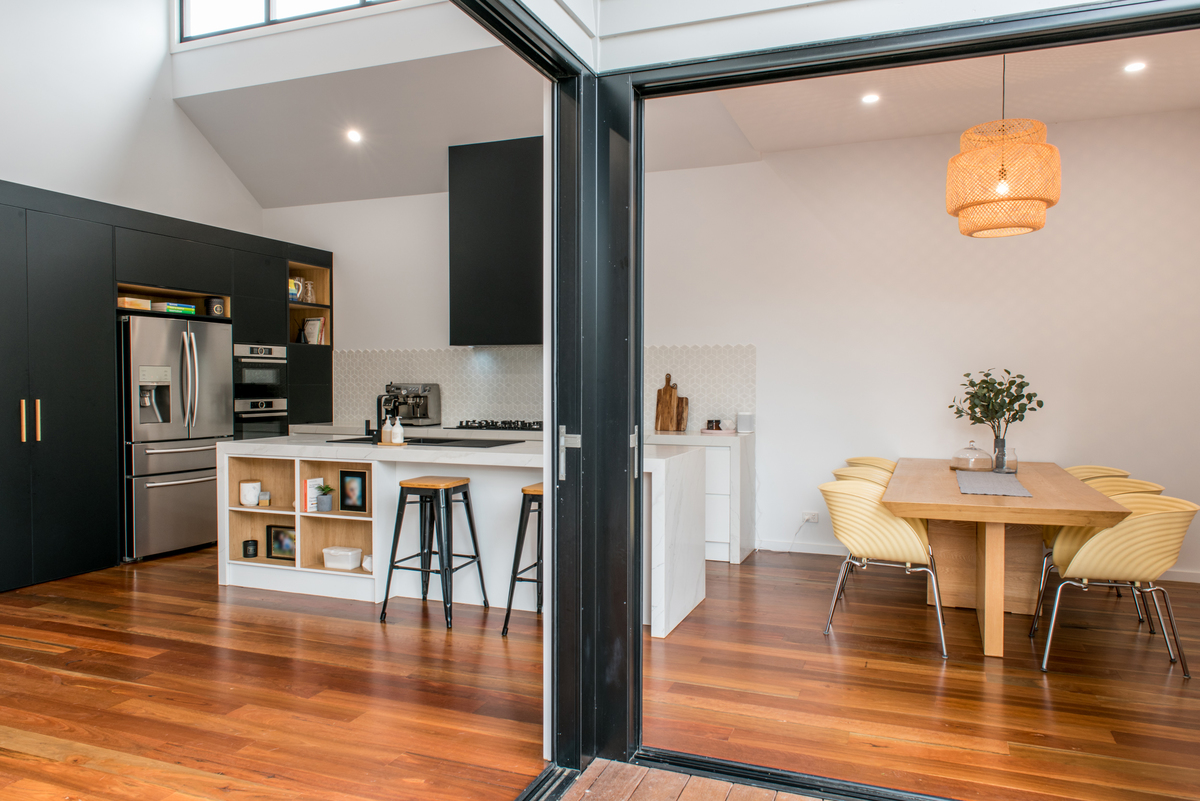 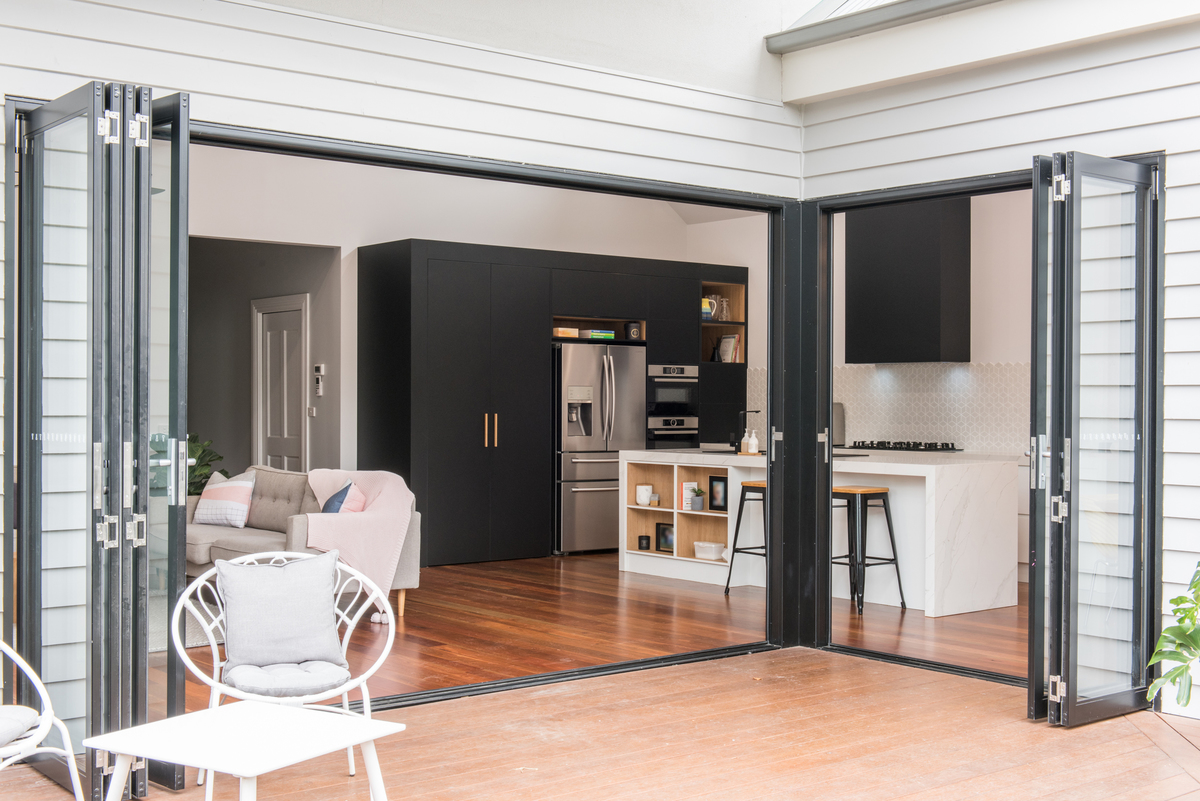 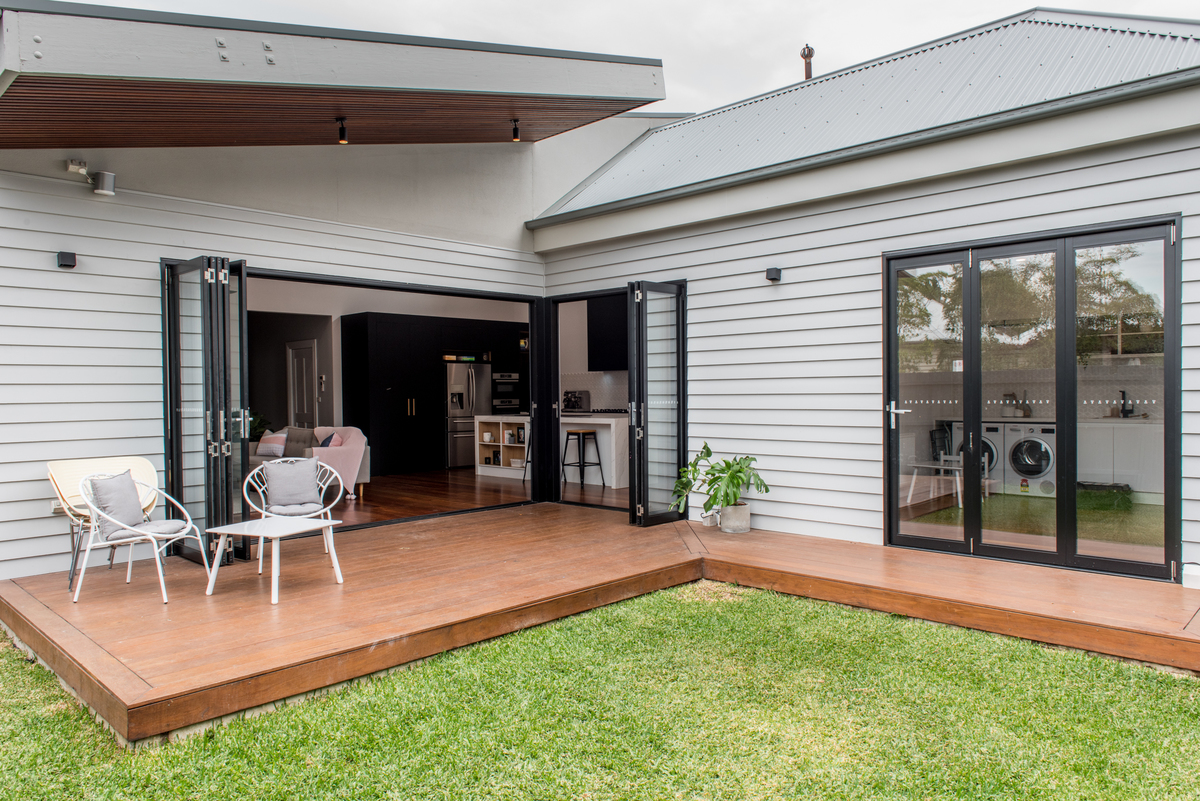 The owners, a young professional couple with a small child, loved the high ceilings in their original home and wanted a similar sense of volume in their renovation. The skillion roof of the extension satisfies this by offering a dramatic raked ceiling in the living areas. The roof also extends over the deck area for shade and rain protection. With bi-fold doors on two walls, the whole corner of the living area can open up to the deck, extending the living space outside. 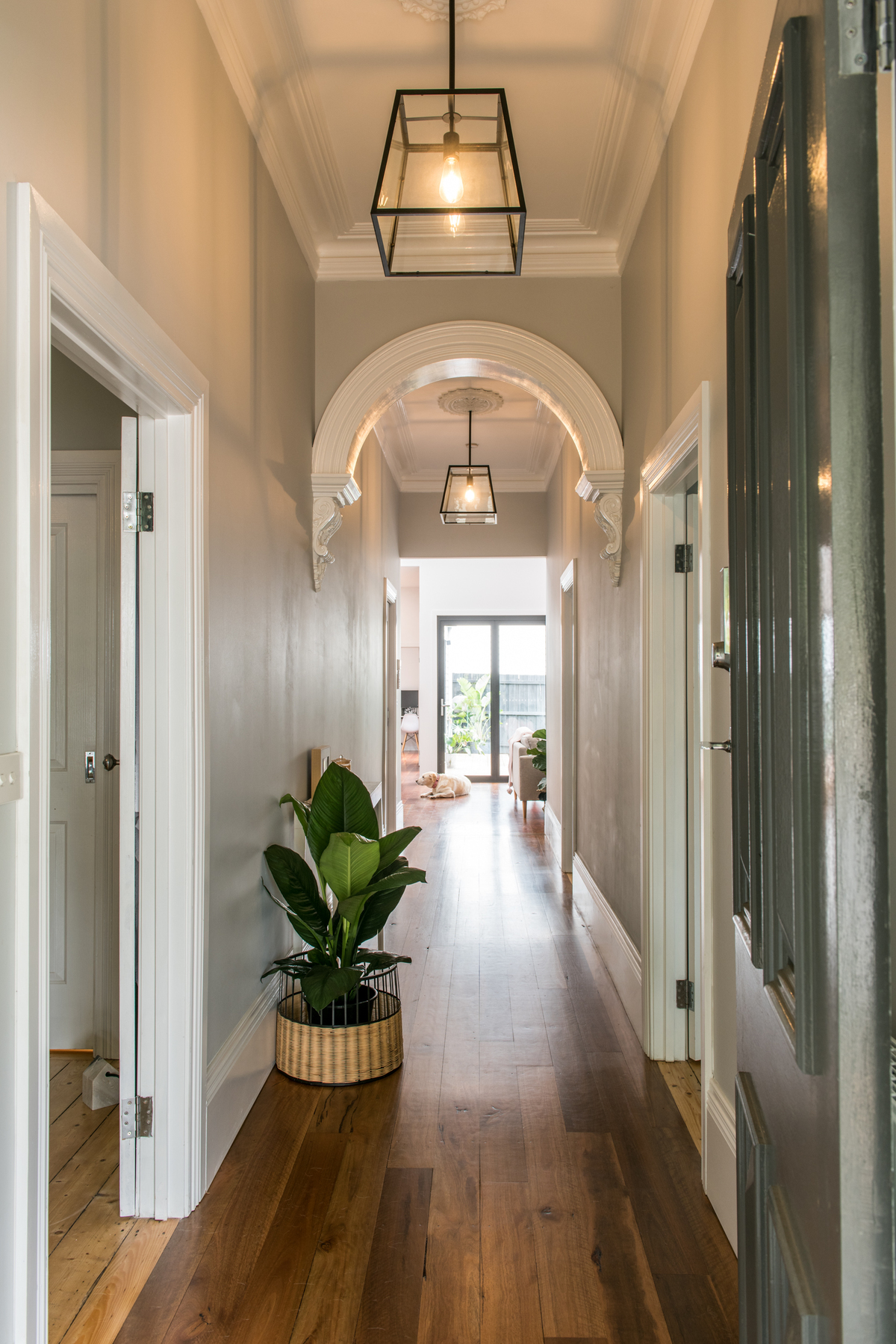 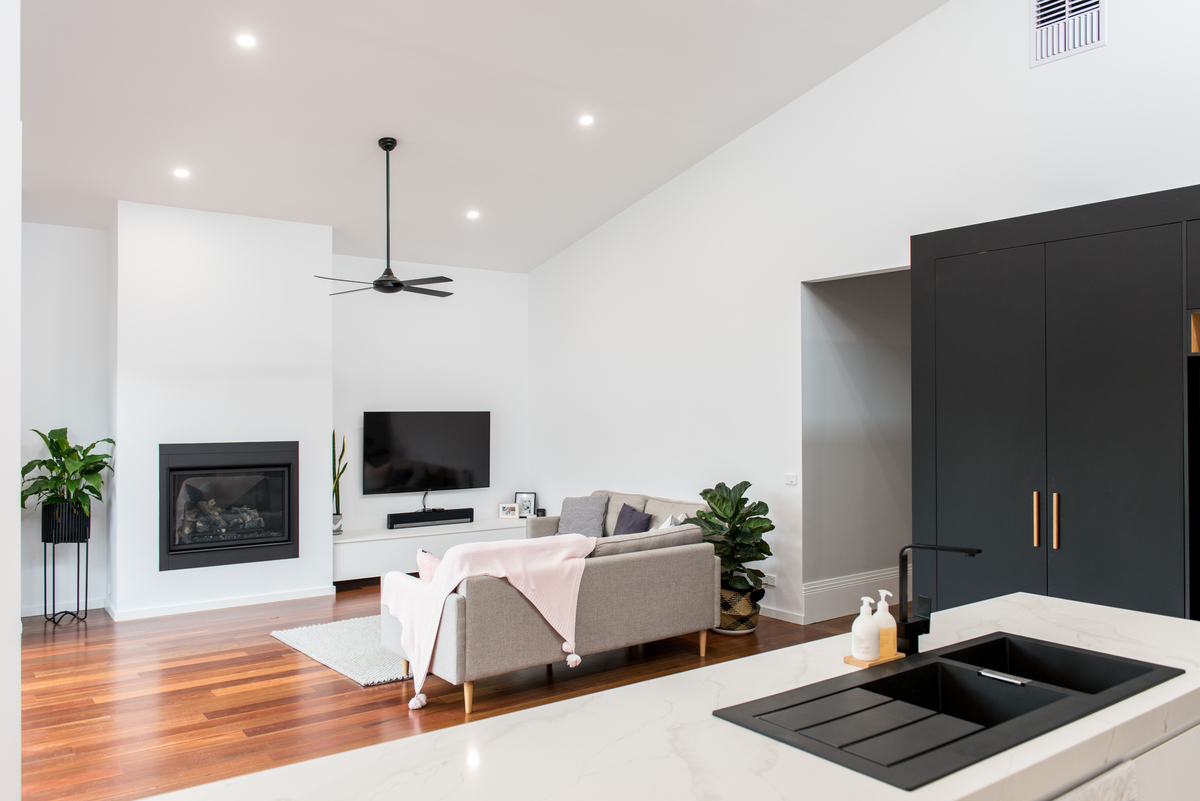 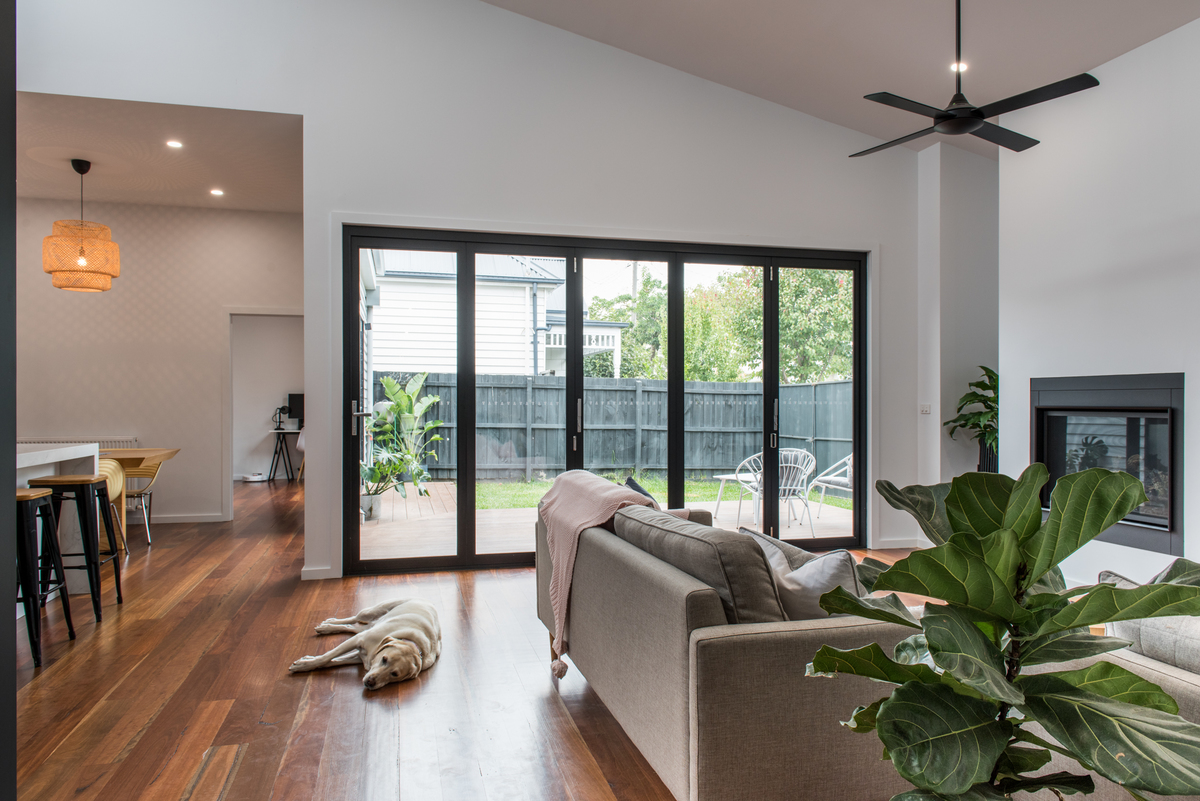 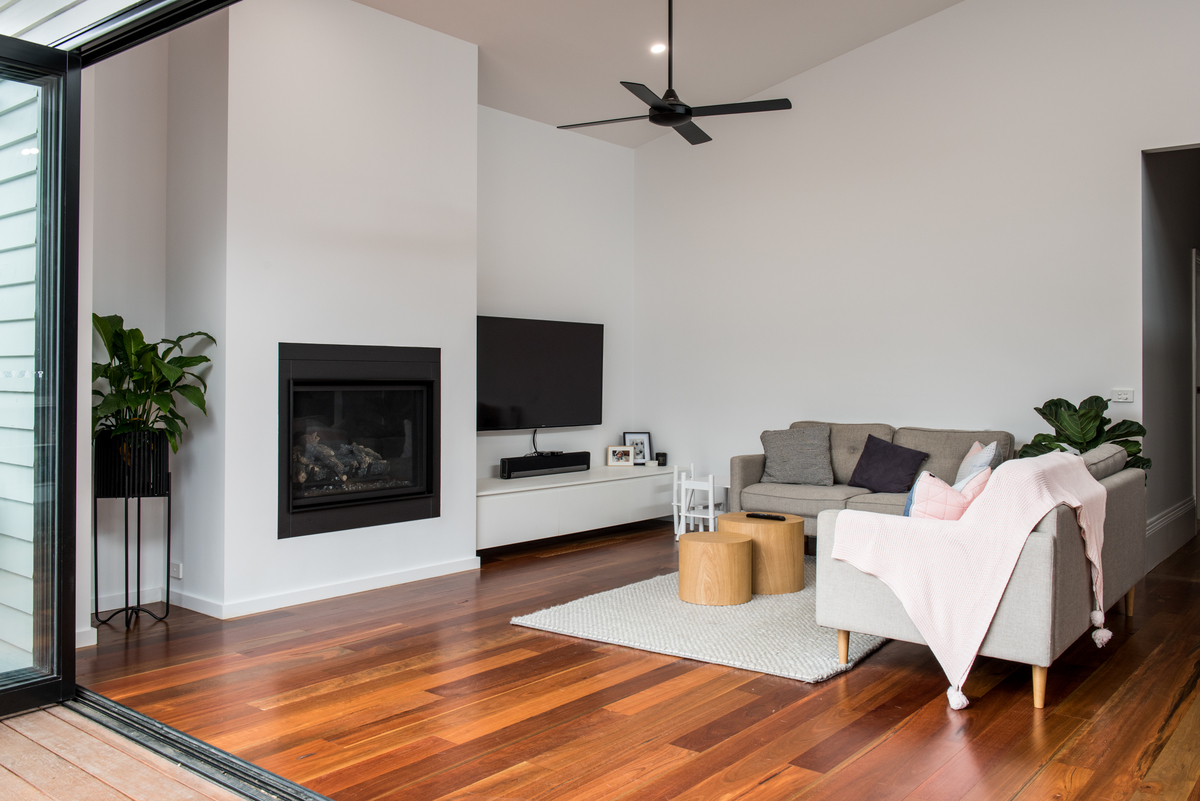 Being in a heritage area, the addition is designed to blend in seamlessly with the original home, clad in the same weatherboards and using the same COLORBOND® steel roof sheeting. 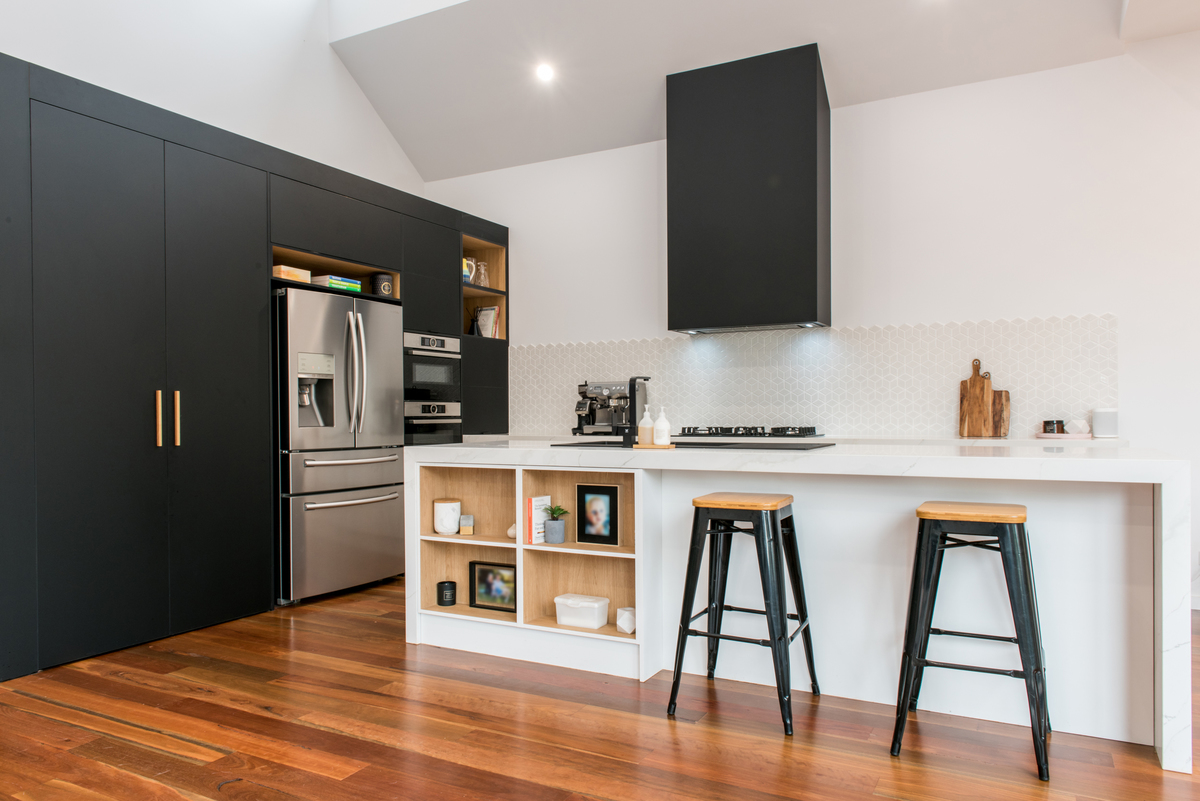 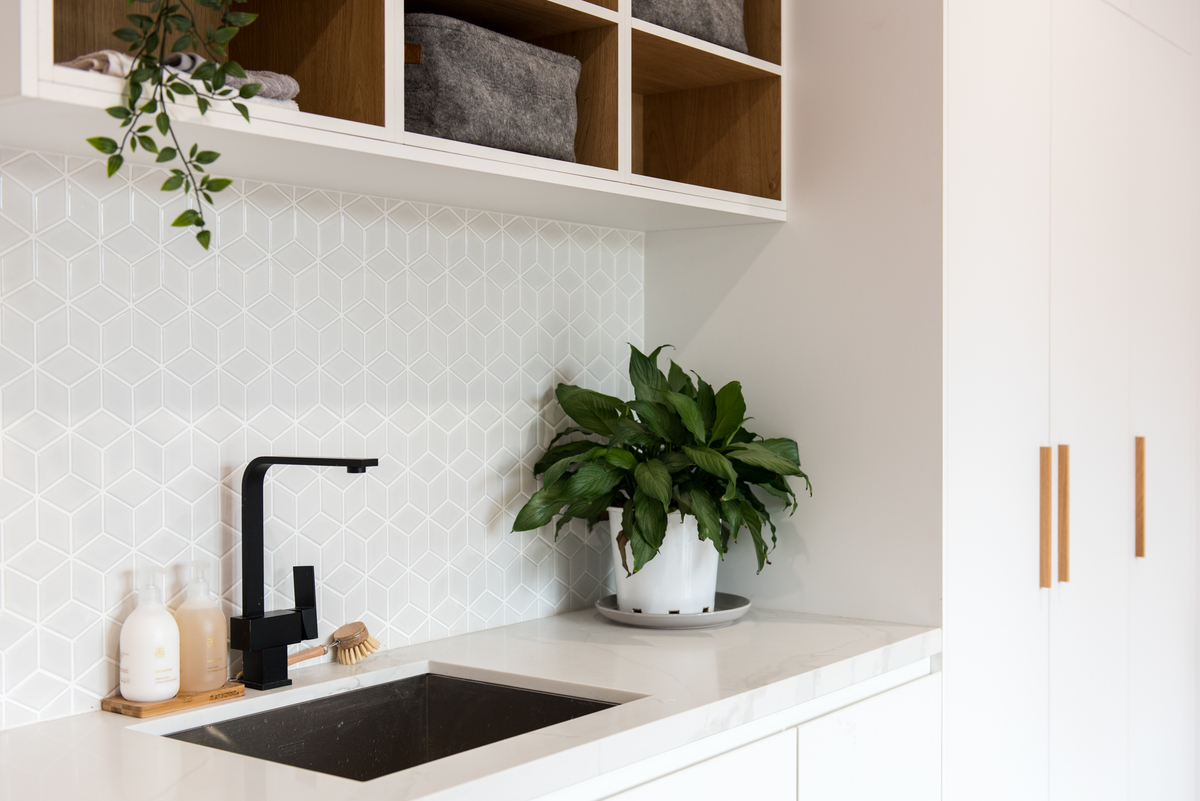 Like creating a crane out of a sheet of A4, Origami Fold House manipulates the roofline, folding in an unexpected way over the original home to create a surprising and delightful home. With a bit of creative thinking, the challenges of bringing in natural light and finding ways to naturally cool a home can create unexpected delights. 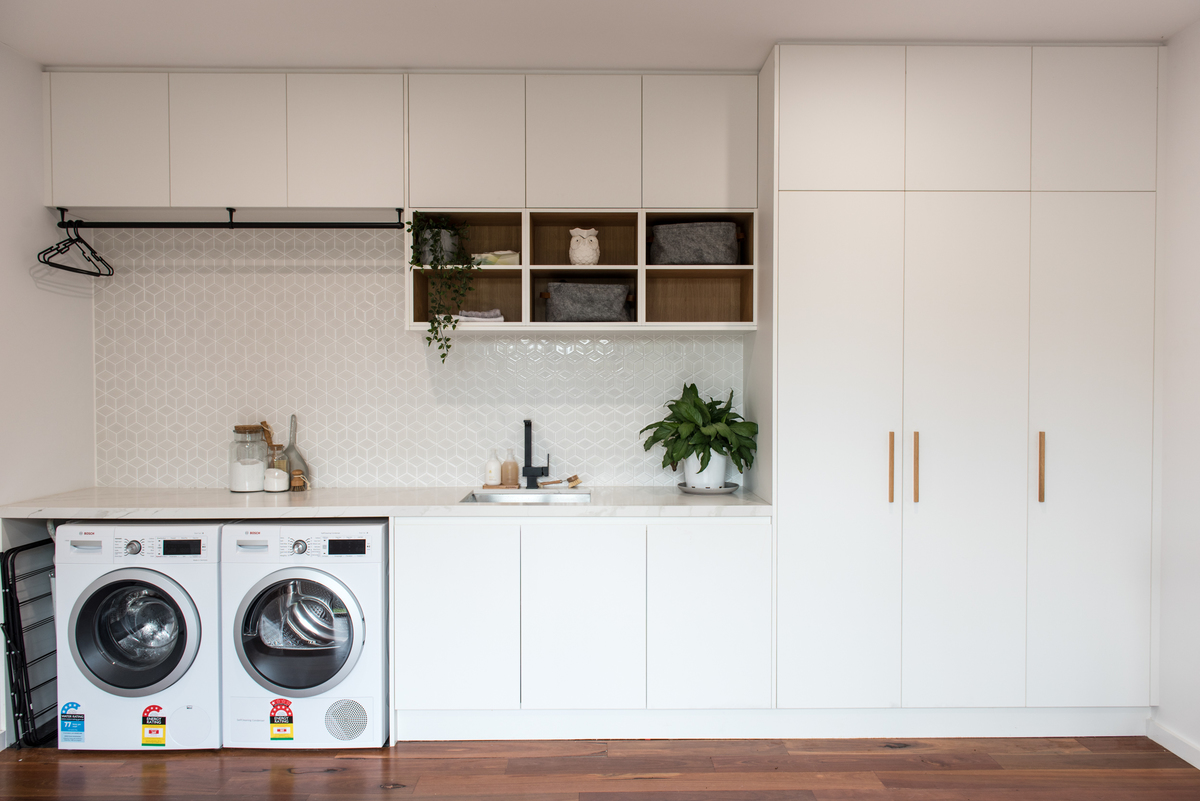 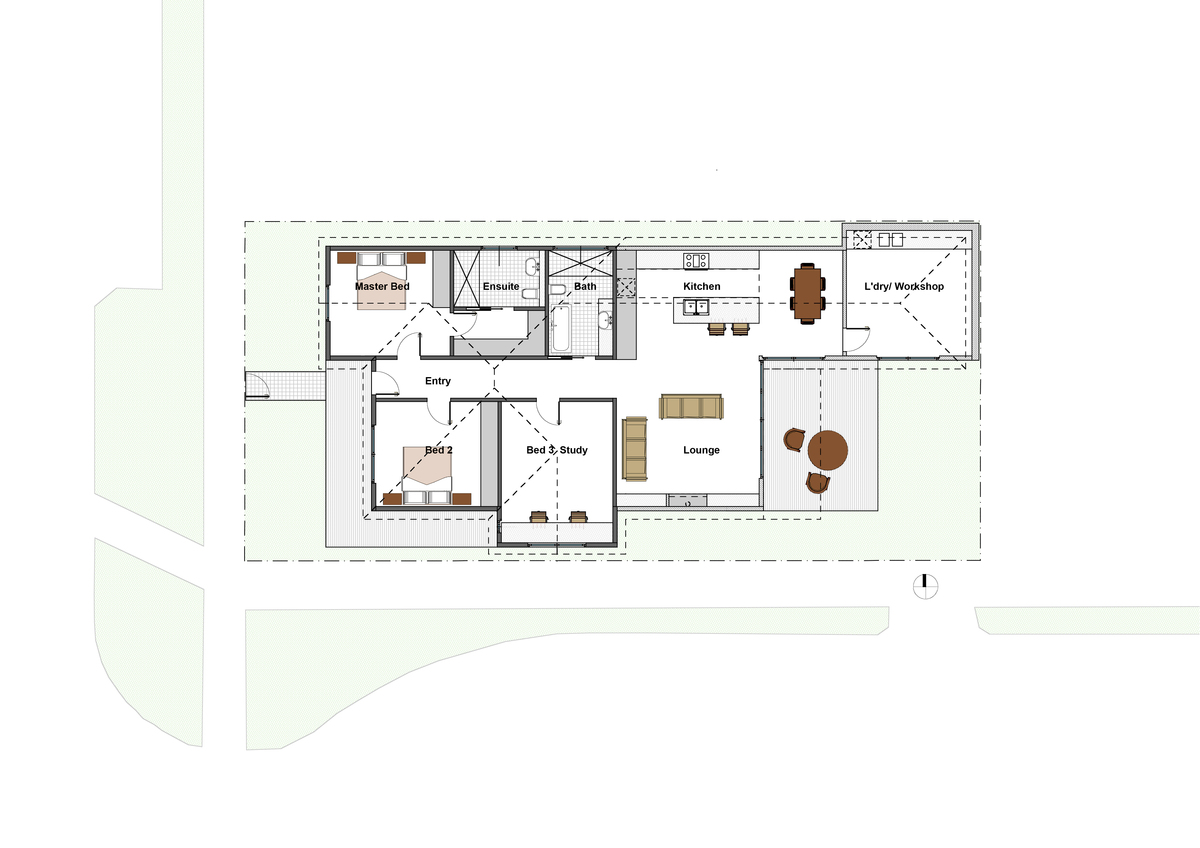 Tell us what you love about Origami Fold House...