Two Rooms, One Indoor and the Other Outdoor, But What a Difference!

Oftentimes, the smallest adjustment can have a significant impact on a home. Even within a compact footprint, it's possible to reorient a home from dark and introverted to light and outward-looking. By embracing sunlight and views it's possible to transform the entire home. At Paddington Two Rooms, just two rooms were needed to dramatically improve this home - and one of them isn't even indoors! 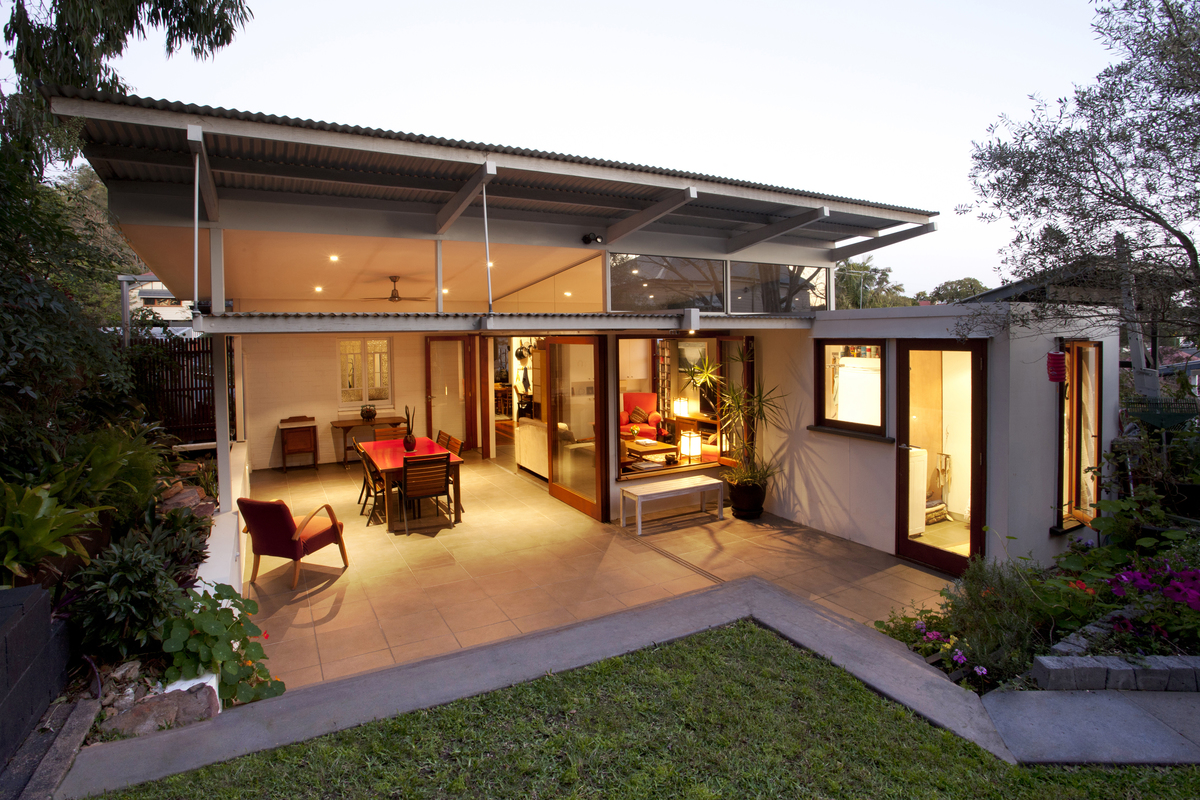 Graham Anderson Architects designed a clever addition to this home which completely rethinks the way the home feels and functions. The existing house is unusual: a brick and tile bungalow in a neighbourhood traditionally made up of weatherboard Queenslanders (check out the before photo at the end). Consequently, the house felt disconnected from the outdoors and out of place in the subtropics: a series of dark rooms with small windows and doors. 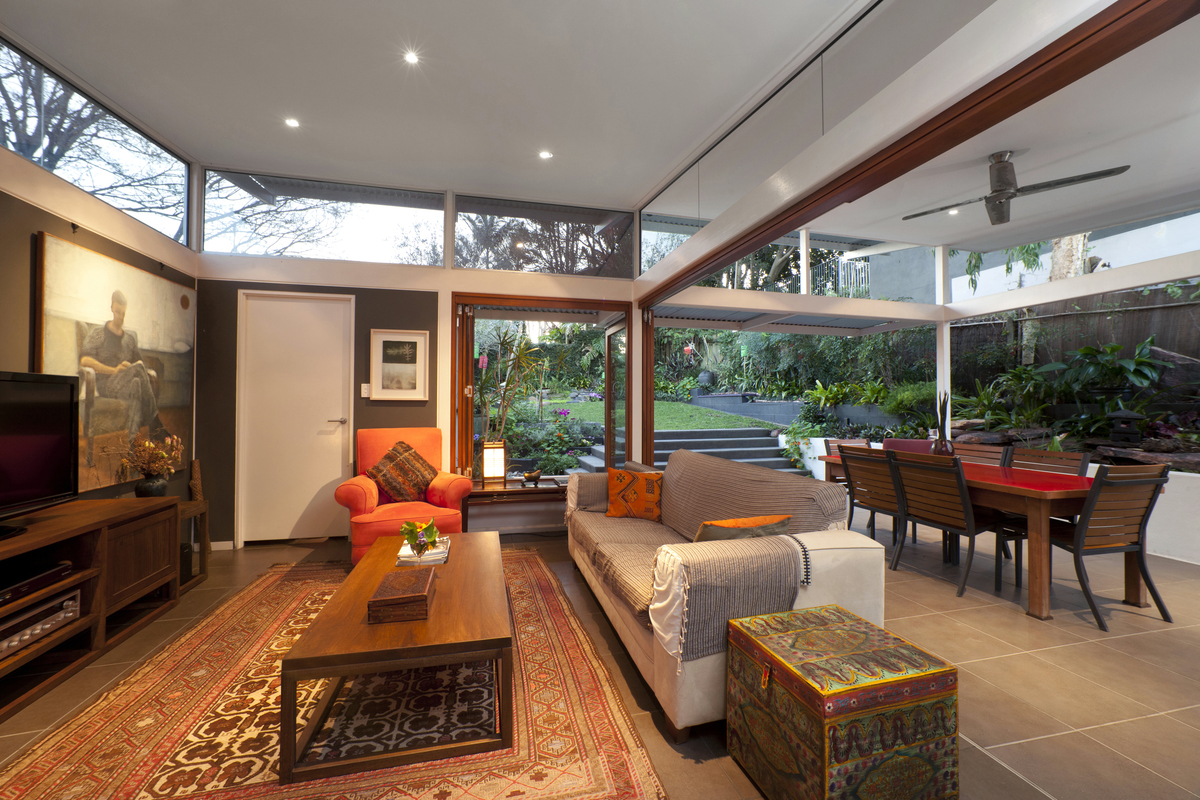 The two-room addition attempts to rectify this. Consisting of a living space opening onto a similarly sized covered terrace which then flows effortlessly into the backyard. The addition is the antithesis of the original house: filled with light, embracing the outdoors and surrounded by greenery. 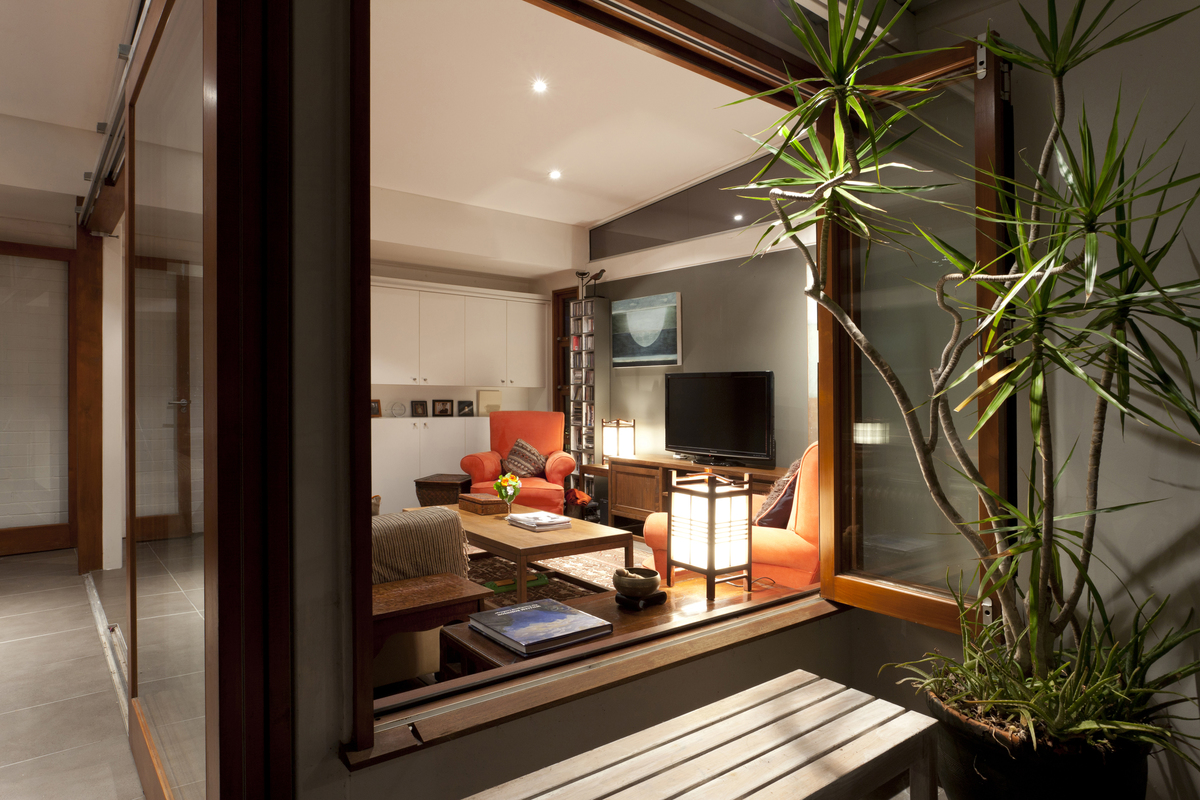 Sliding glass doors allow the living area to open up to the terrace and a bifold window opening onto the garden lets the breezes on. 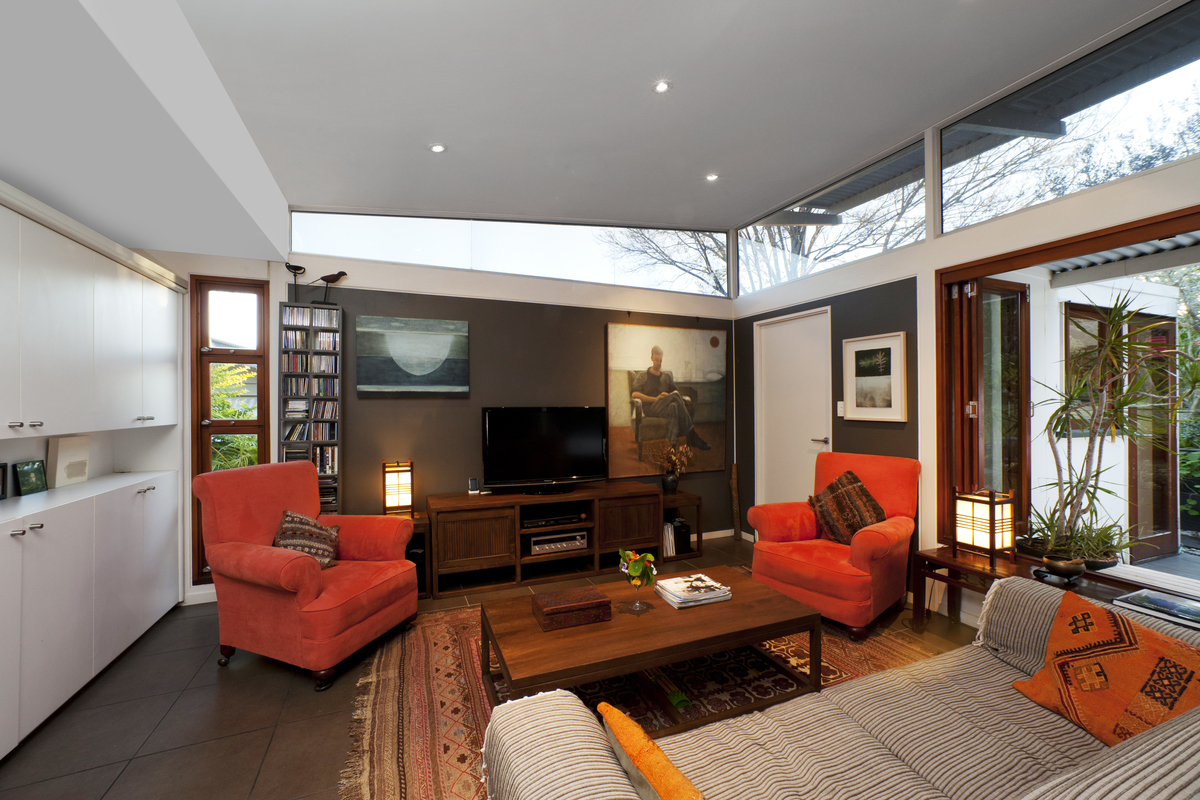 The roof has large overhangs to keep the home shaded, yet is raked towards the backyard to maximise the sense of light and openness. Clerestory windows wrap around three sides, designed to capture views of the sky and distant treetops. A lower awning provides additional shade and weather protection and frames the view of the backyard.

Paddington Two Rooms before photo from the rear

Paddington Two Rooms takes a house that felt out of place in its neighbourhood and captures some of the qualities which make a Queenslander special and which this home has always lacked: a response to the subtropical climate with cool, shady outdoor spaces and breezy living areas. The result is a home that is more comfortable and enjoyable to live in and which takes full advantage of the climate and garden. 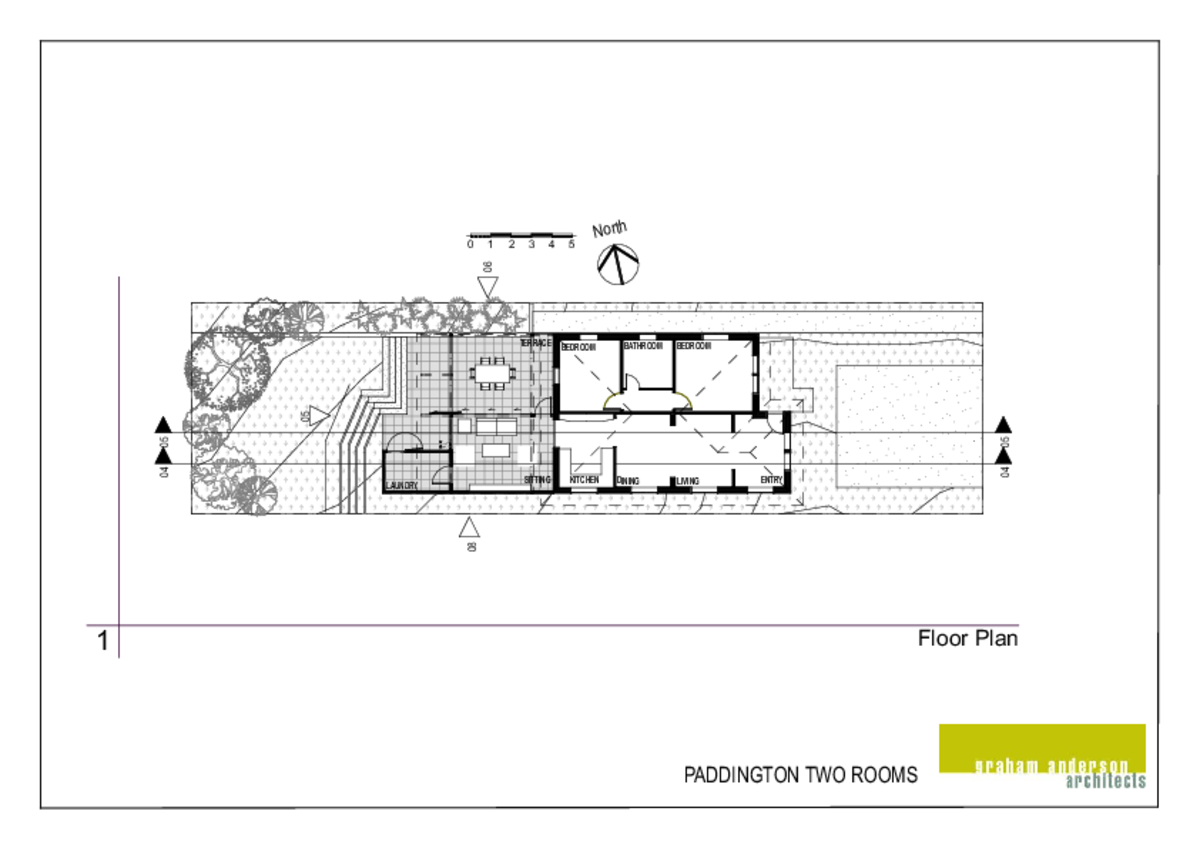 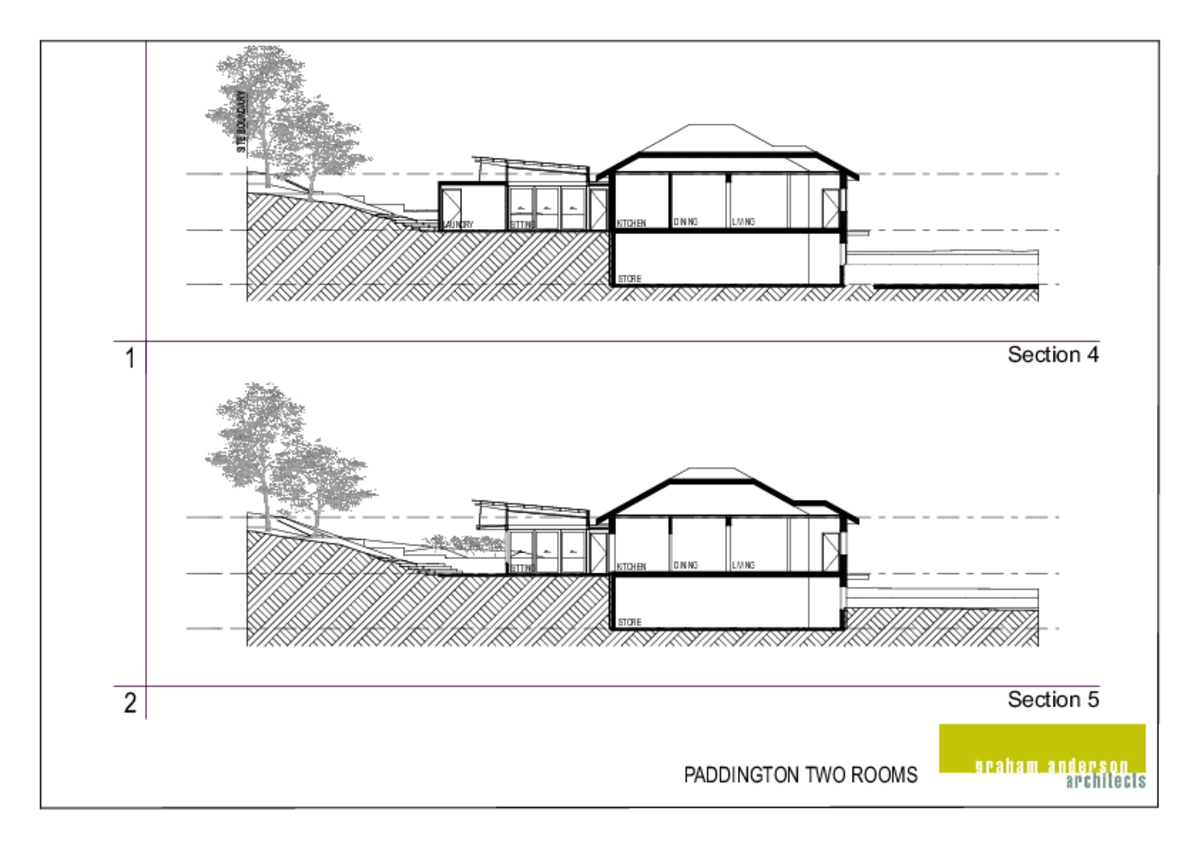 Tell us what you love about Paddington Two Rooms...