If you've ever played too much Tetris and gone to bed dreaming of spinning blocks dropping into place, you're quite close to understanding how an architect's brain works when they're designing. Architects look for that perfect arrangement of spaces, interlocking to create a practical, efficient plan which solves the client's problems. When they get it right? It's like clearing four lines at once. At Tetris Extension, Crosshatch achieved that elusive clear screen... 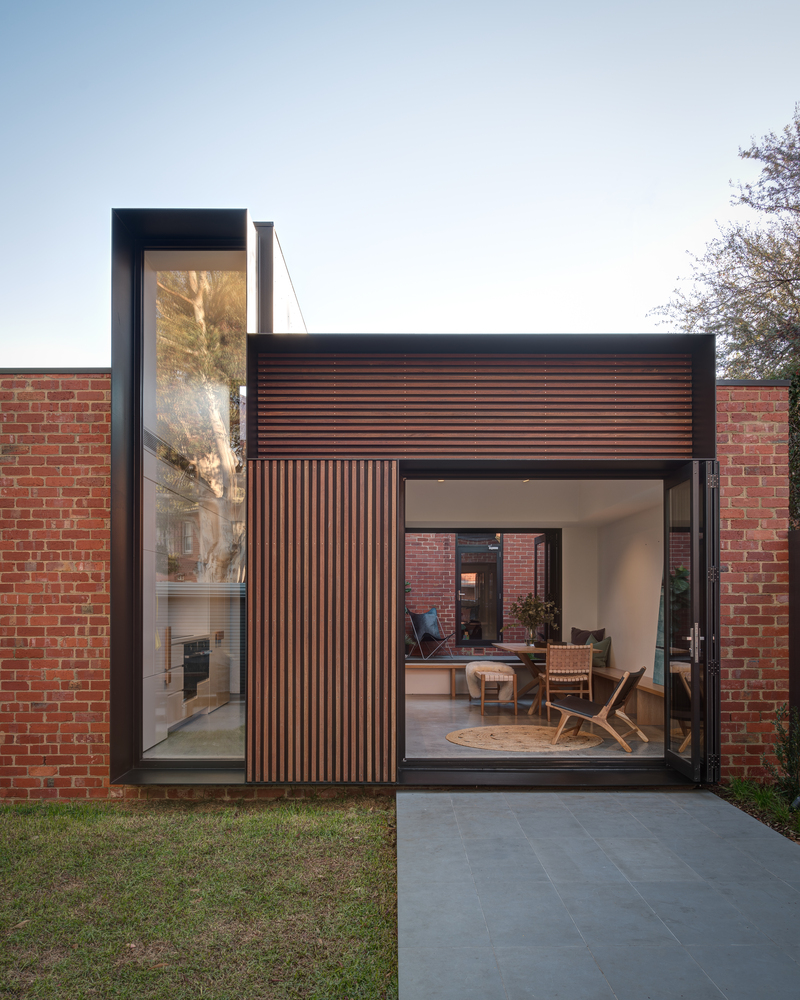 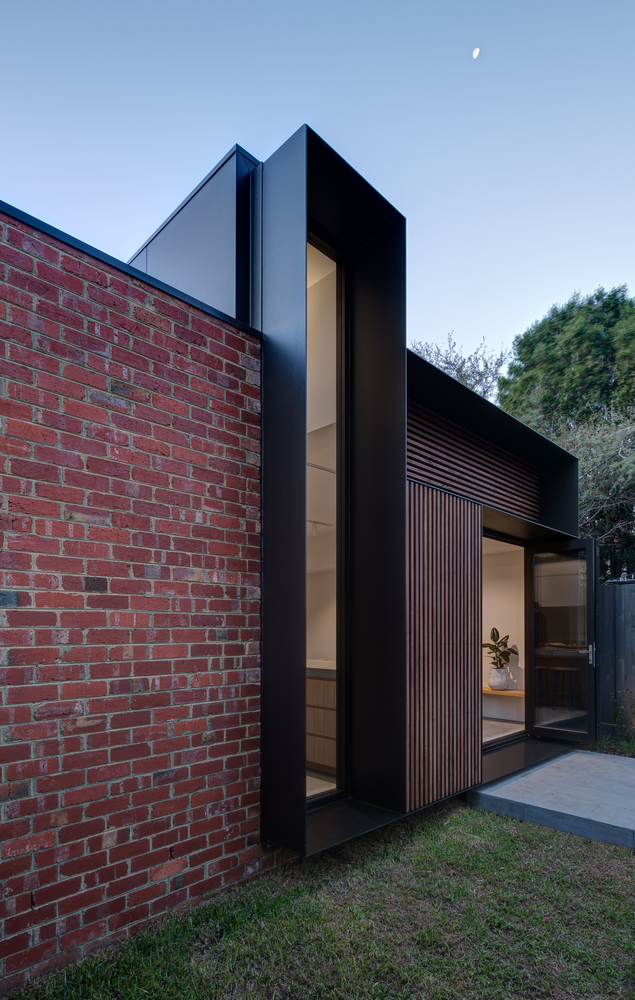 "The forms of the new extension are arranged in a tetris-like configuration, expressed in the plan, elevation and section. The interlocking volumes unite the form and function of the old and new. The tetris concept is further iterated through the interior detailing, including bespoke cabinetry and custom kitchen door handles." - Crosshatch 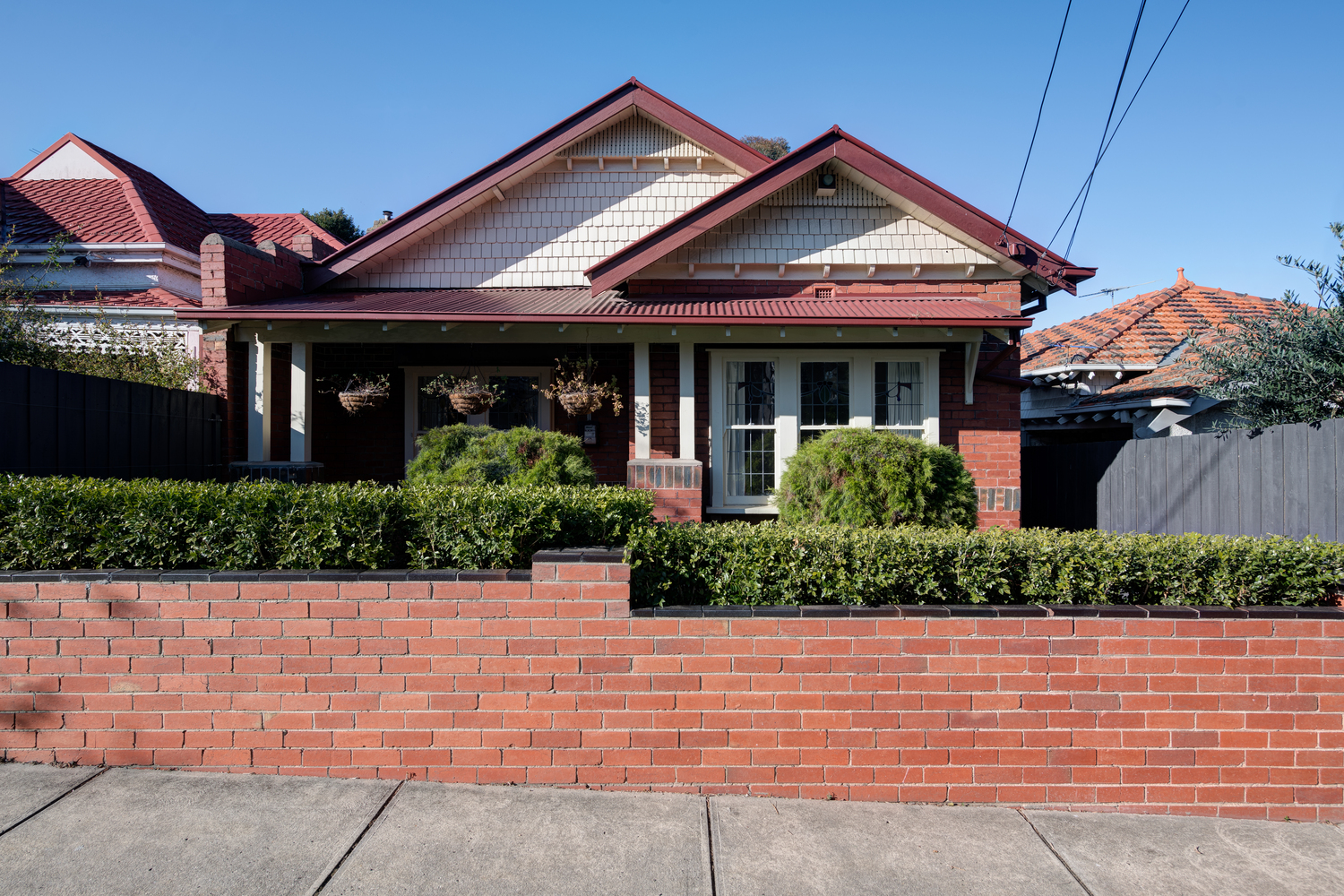 This renovation in Melbourne's north-west was designed for a young couple with two children. Having outgrown their two-bedroom Californian bungalow, the owners were after a bit more room to move. 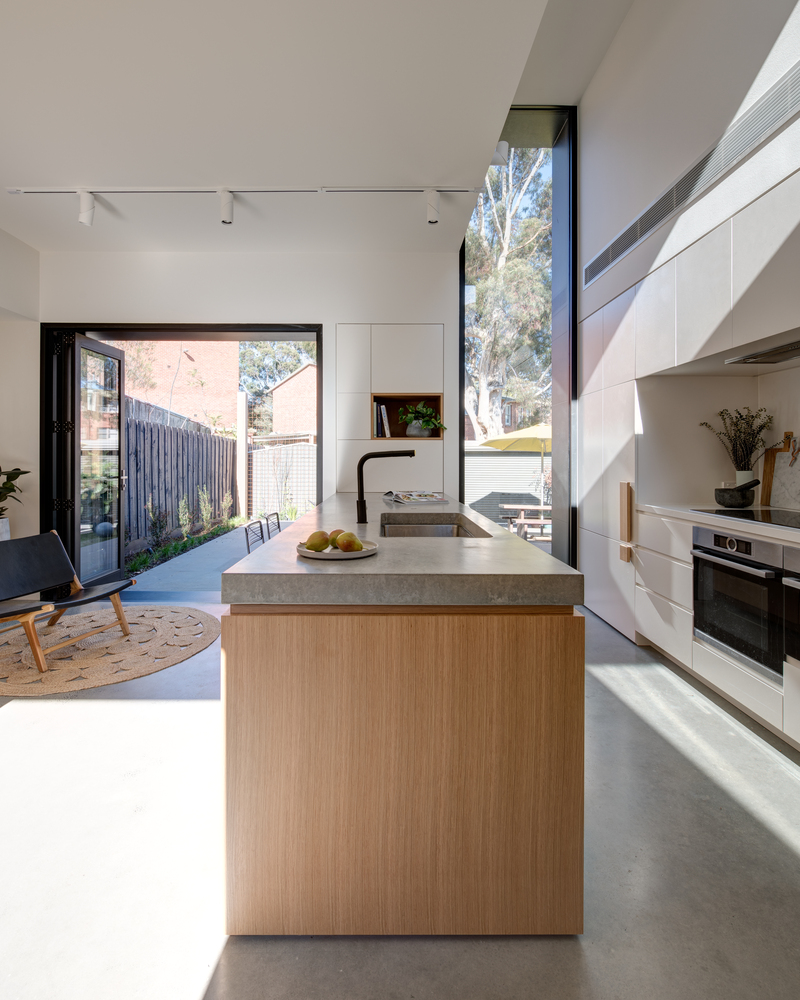 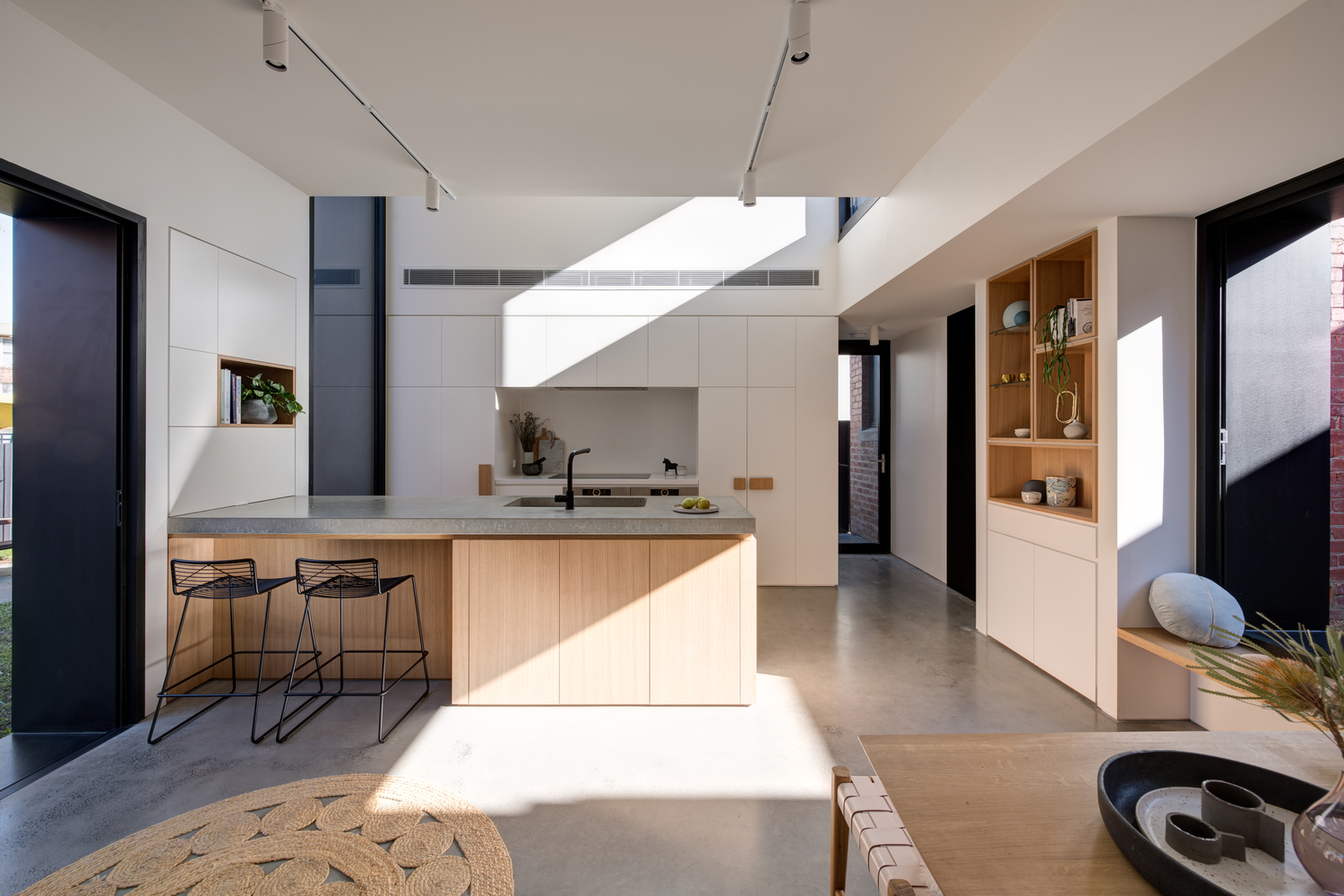 The architects created a compact, yet efficient 45 square metre addition containing a kitchen, dining area and laundry - the first cleared line of the project. Constructed from recycled brickwork, the addition respects the original brick home and is in keeping with the local heritage overlay. 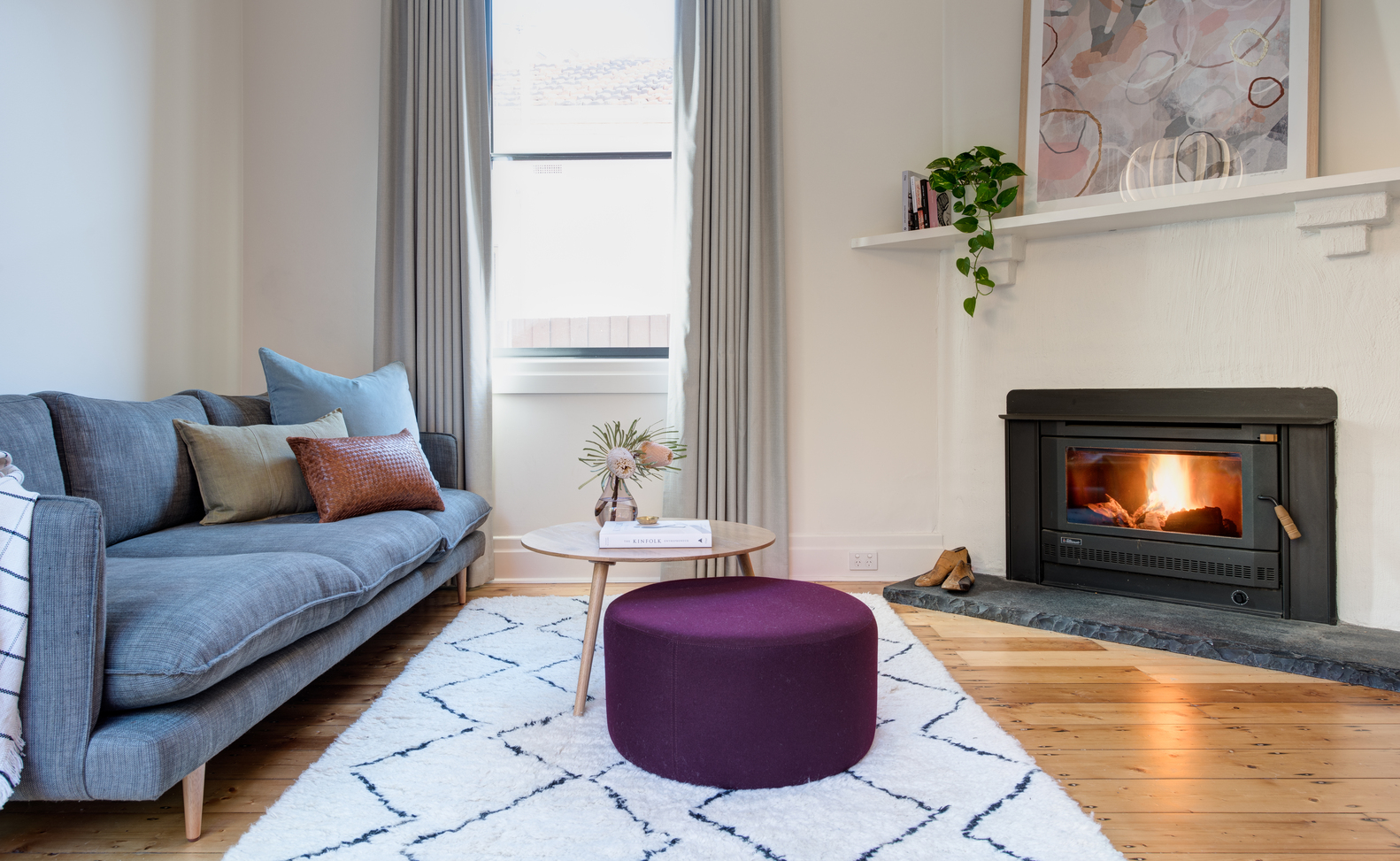 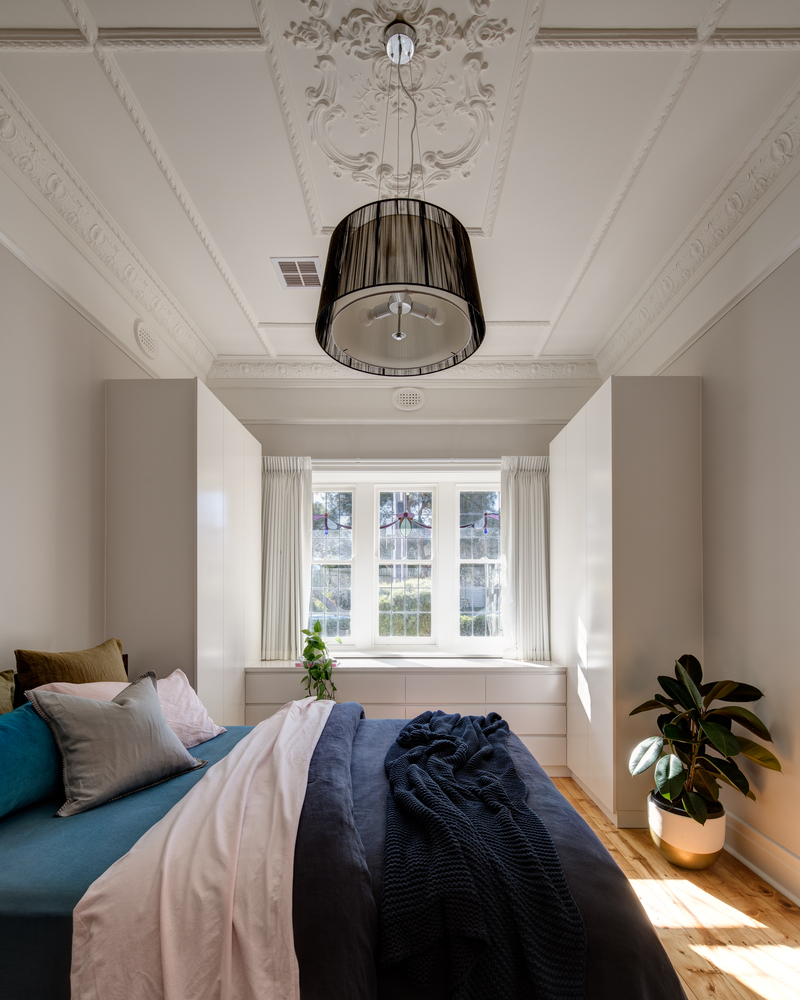 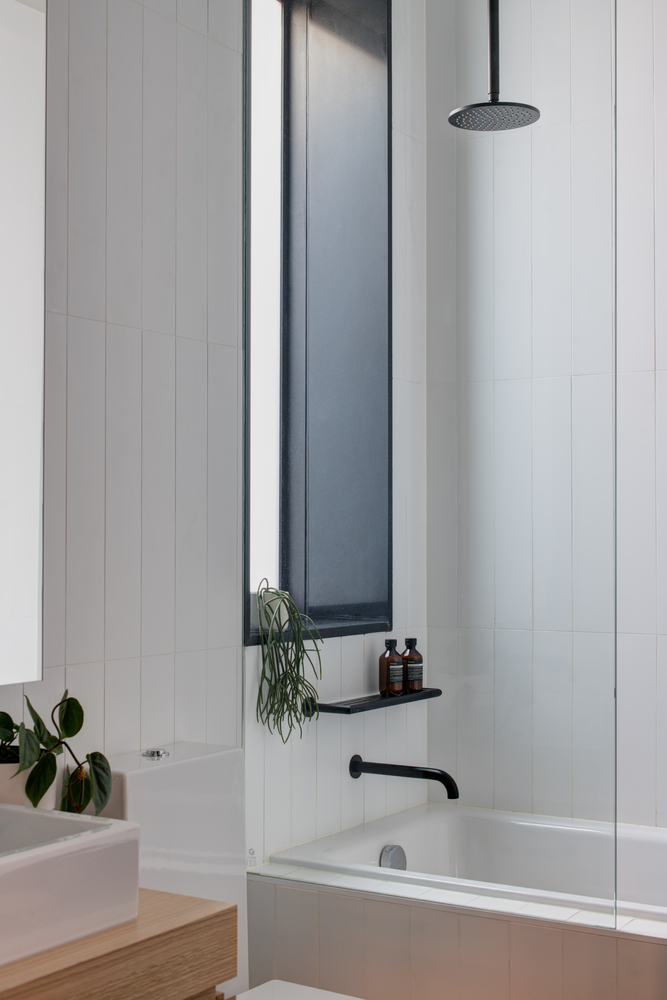 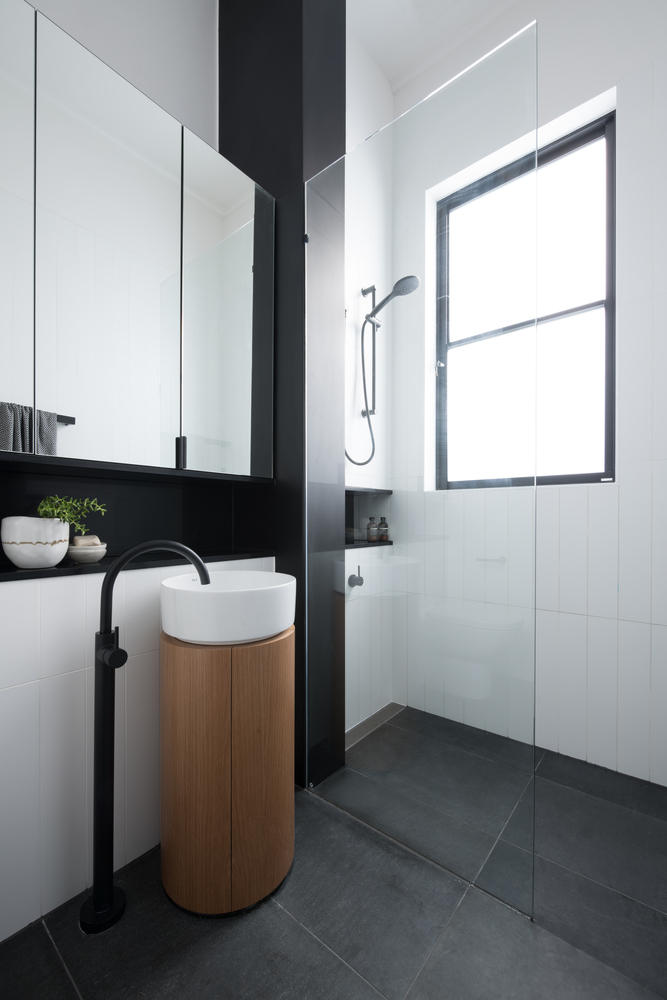 The second cleared line is the reconfiguration of the existing home to create an additional bedroom, bathroom and central lounge. 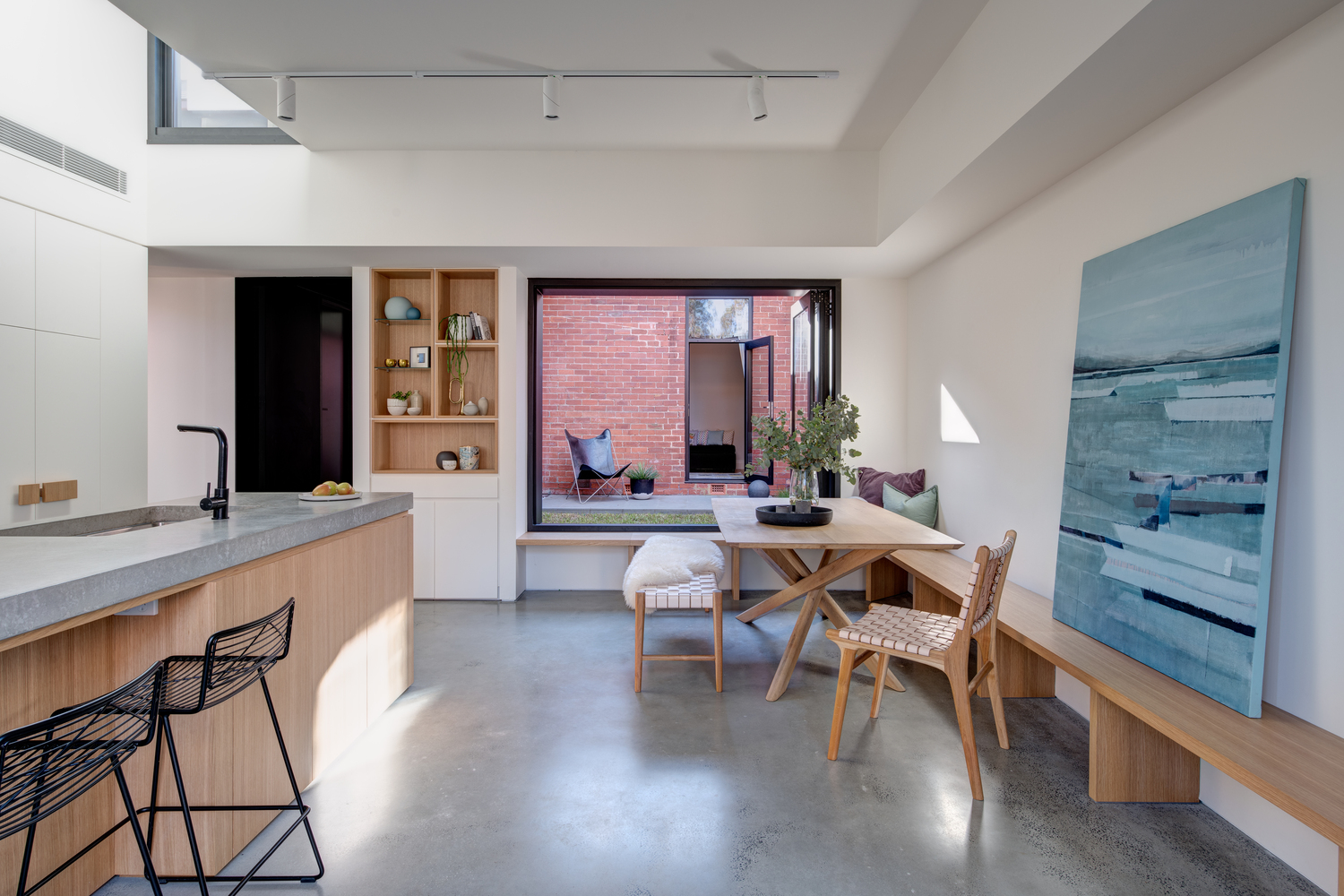 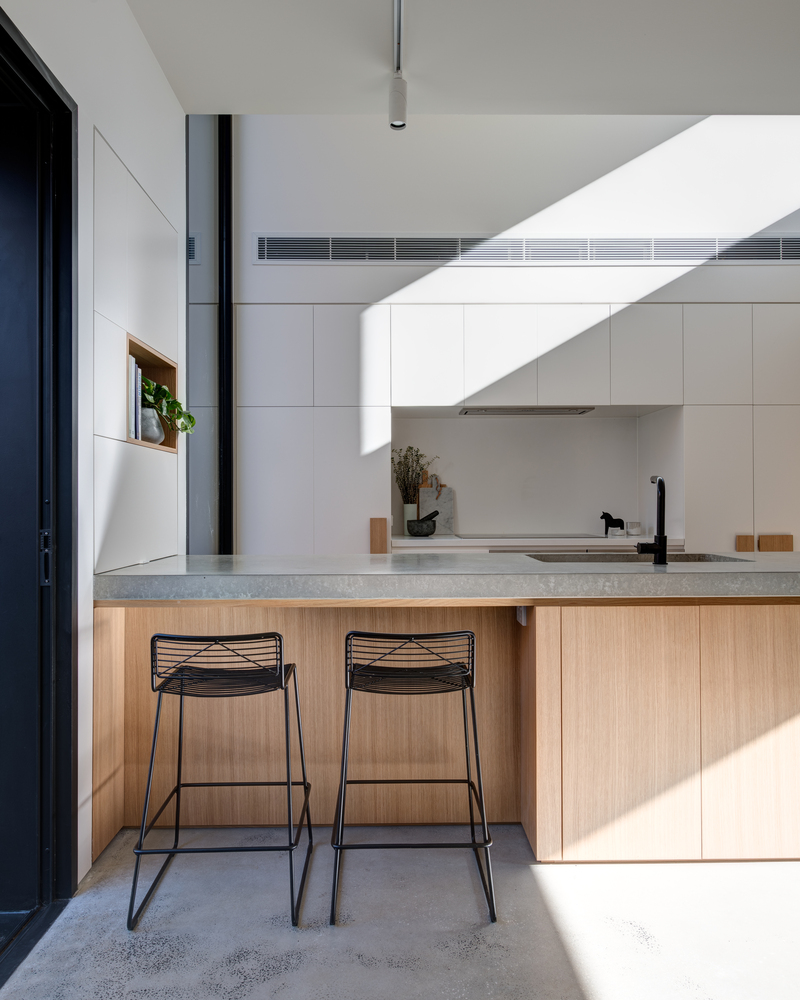 The third cleared line was bringing in north light which was challenging given the south-facing backyard. The solution creates a courtyard between the existing house and the addition to let light into the new living spaces. 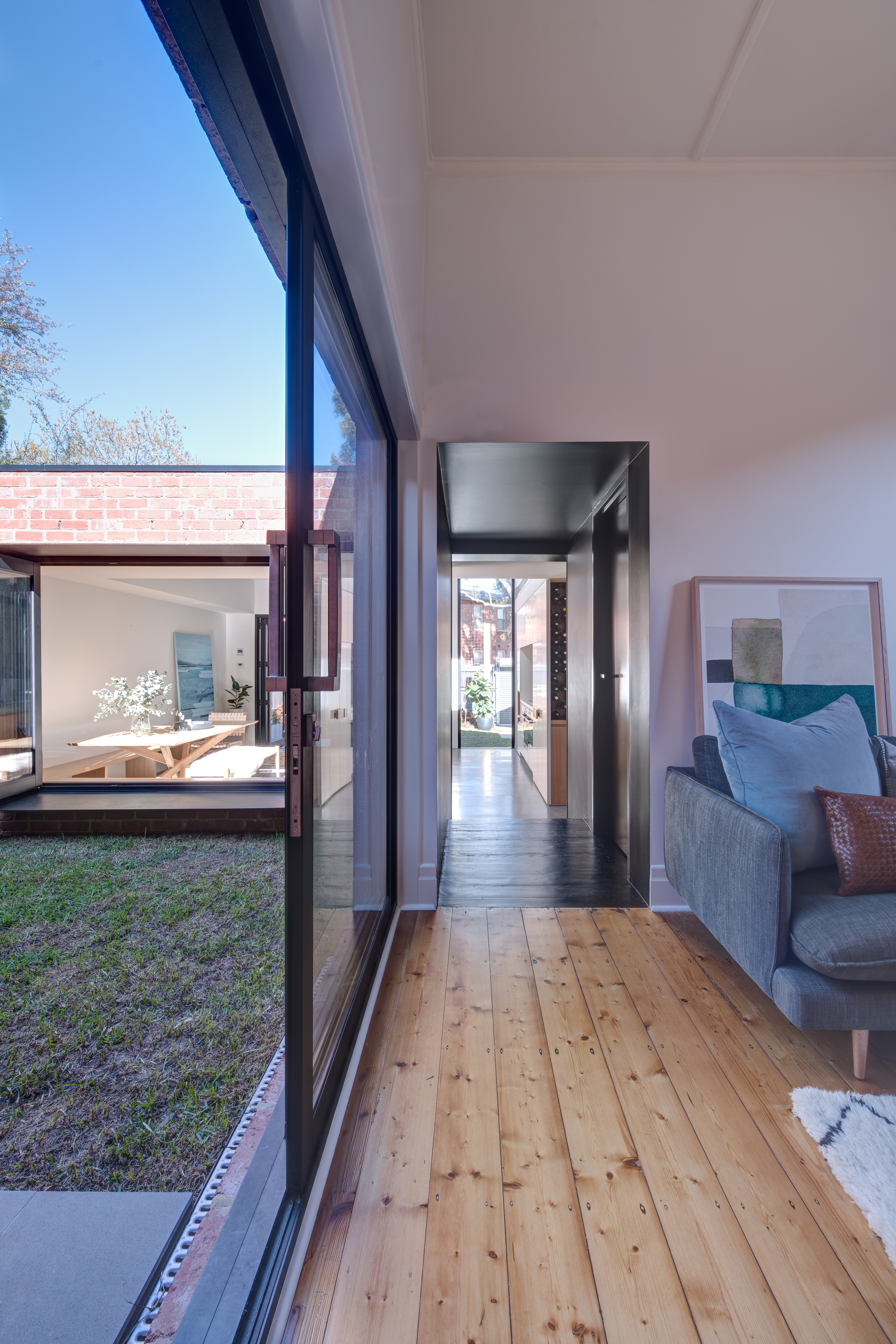 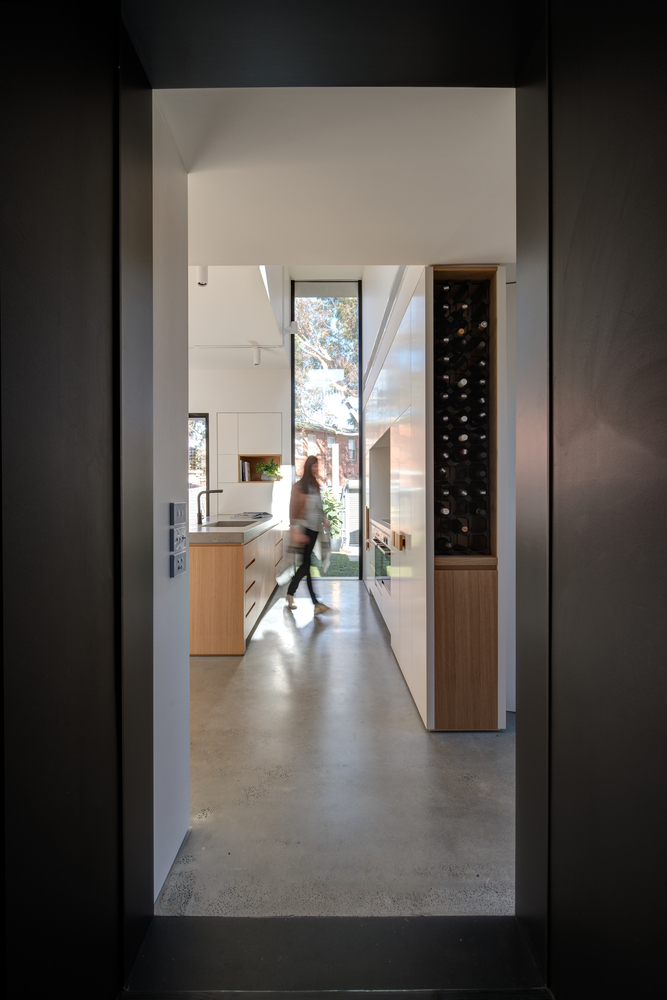 The fourth and final cleared line at Tetris House is the seamless connection to the outdoors. A large 4.5-metre window frames a large gum tree in the neighbouring property and creates a connection to the landscape and backyard as soon as you enter the home. 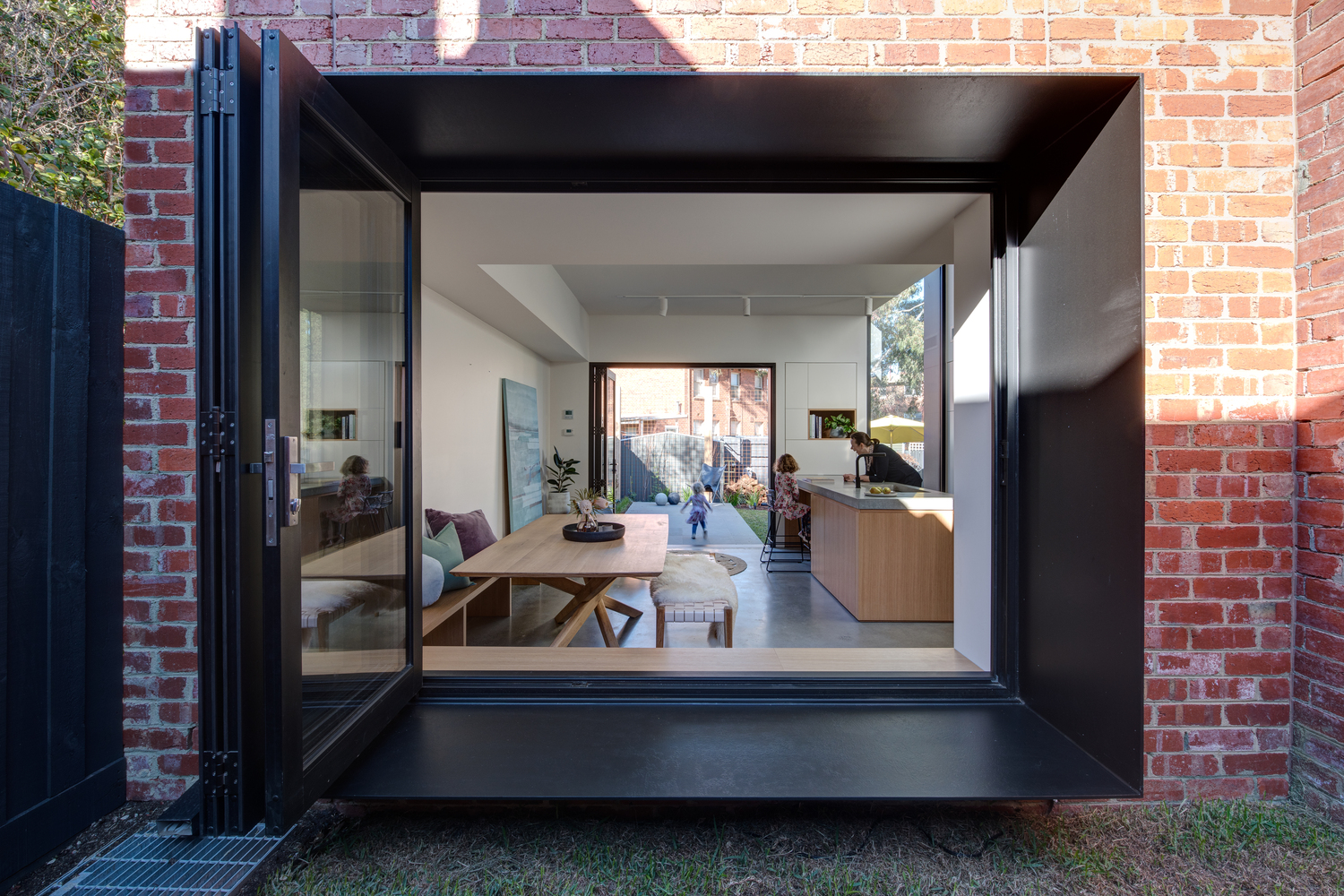 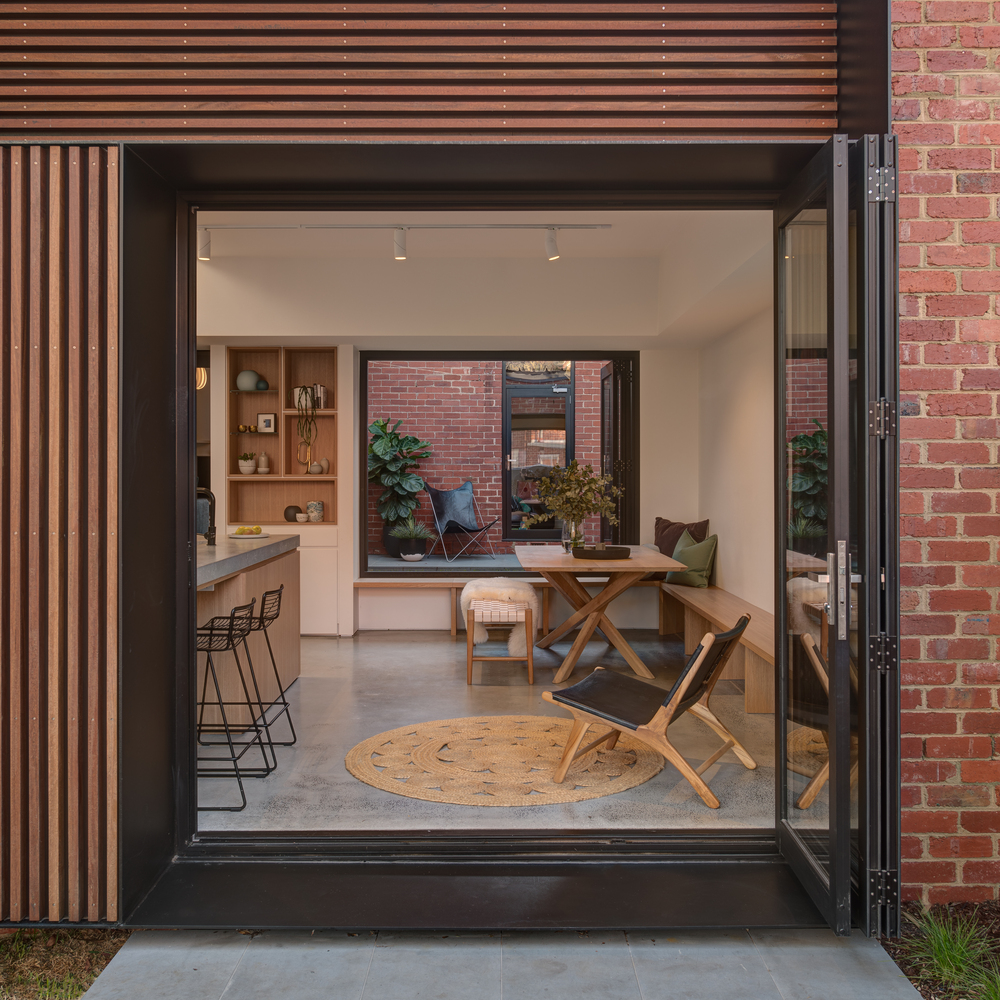 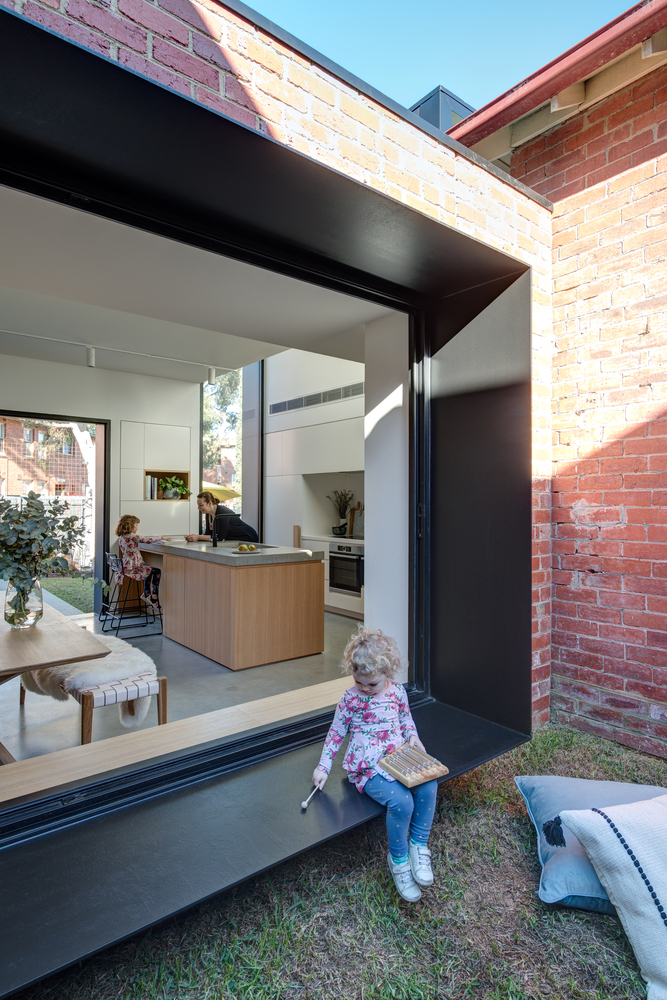 Similarly, a clear view from the courtyard, through the dining area, to the backyard beyond connects all spaces with the backyard and makes the home feel much larger than it actually is. A picture frame window and door to the backyard open fully with bi-fold glazing, blurring indoors and outdoors and allowing the parents to keep an eye on the kids, no matter whether they're inside or out. 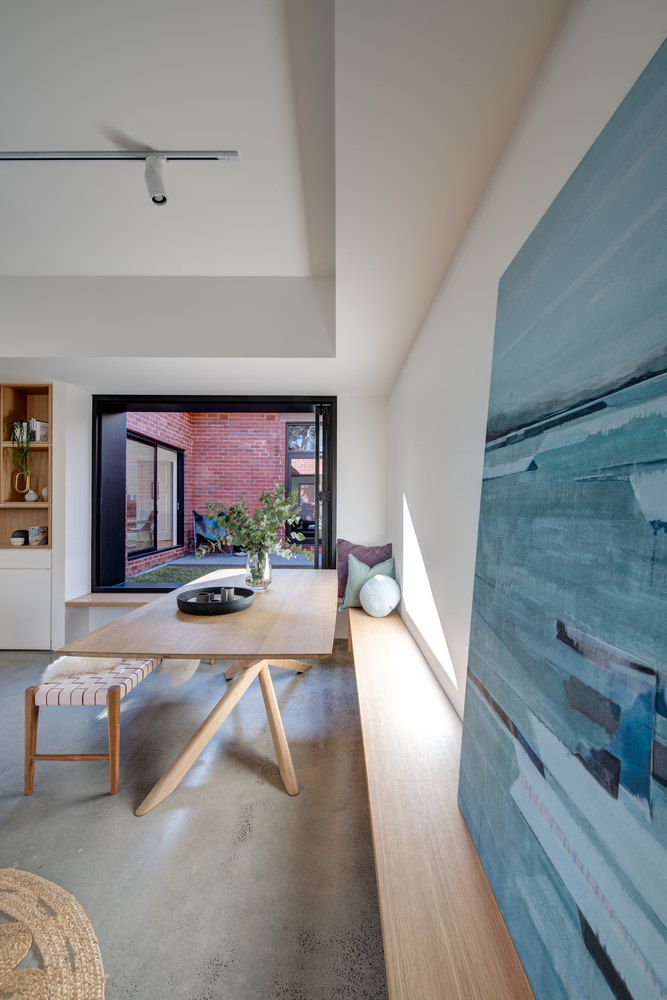 An efficient use of space is also achieved by the built-in seating which wraps around the north and eastern walls of the addition. This allows the home to cater for larger groups without feeling cramped. 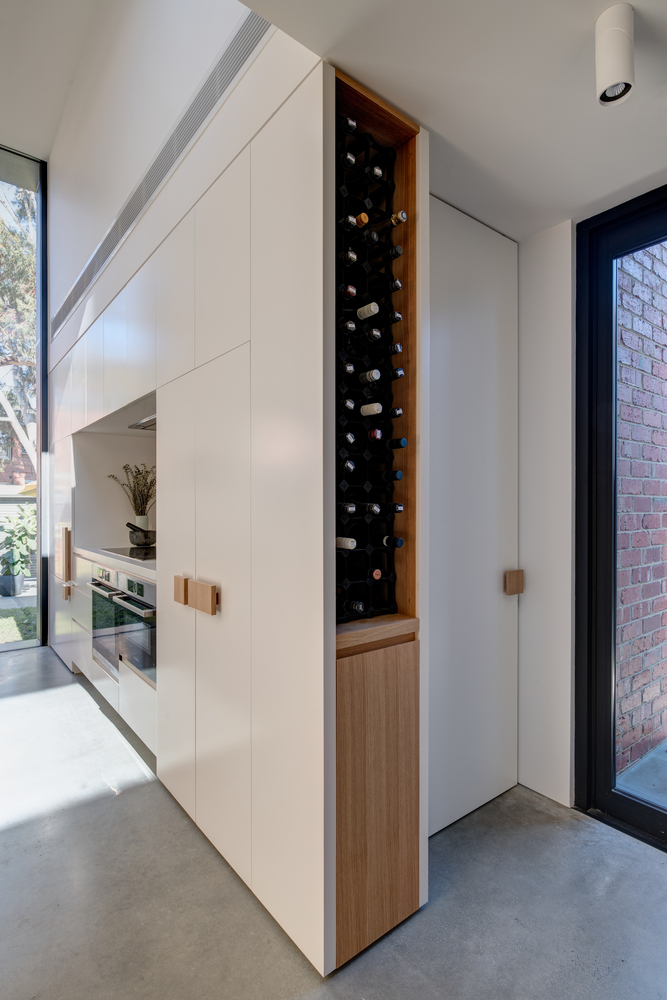 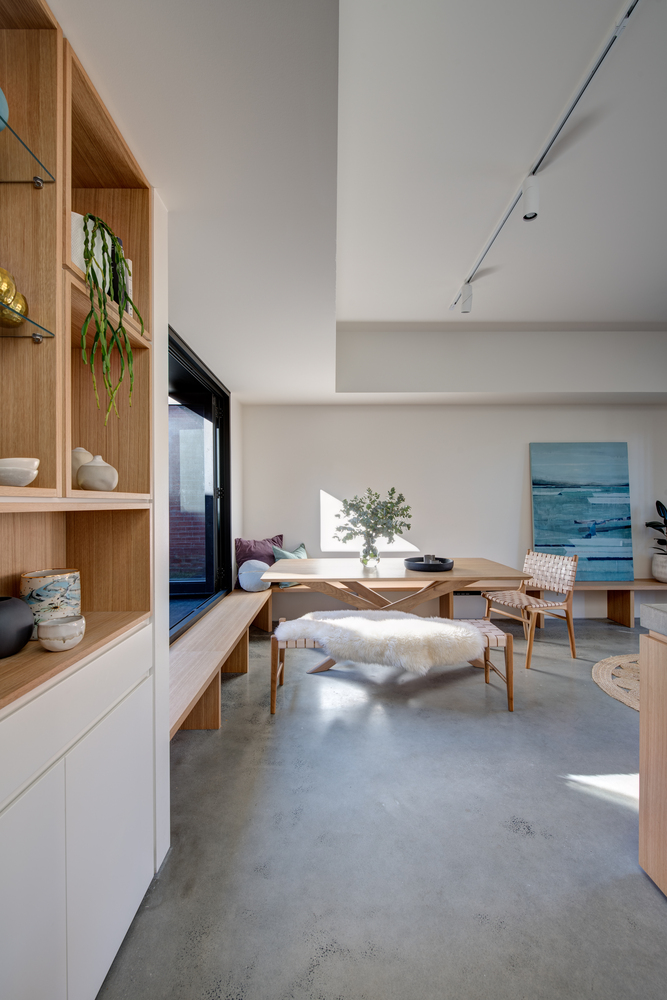 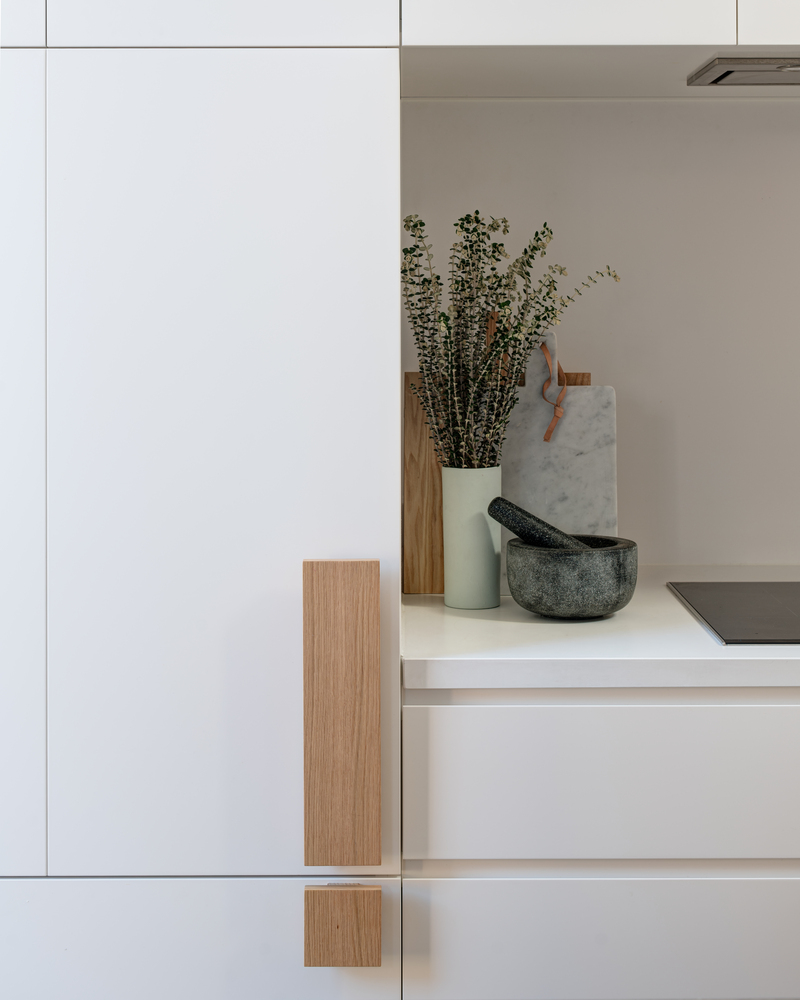 "Every design decision, from the smallest interior detail to the exterior’s overall form, has been carefully considered to achieve a convincing approach to small footprint modern living." 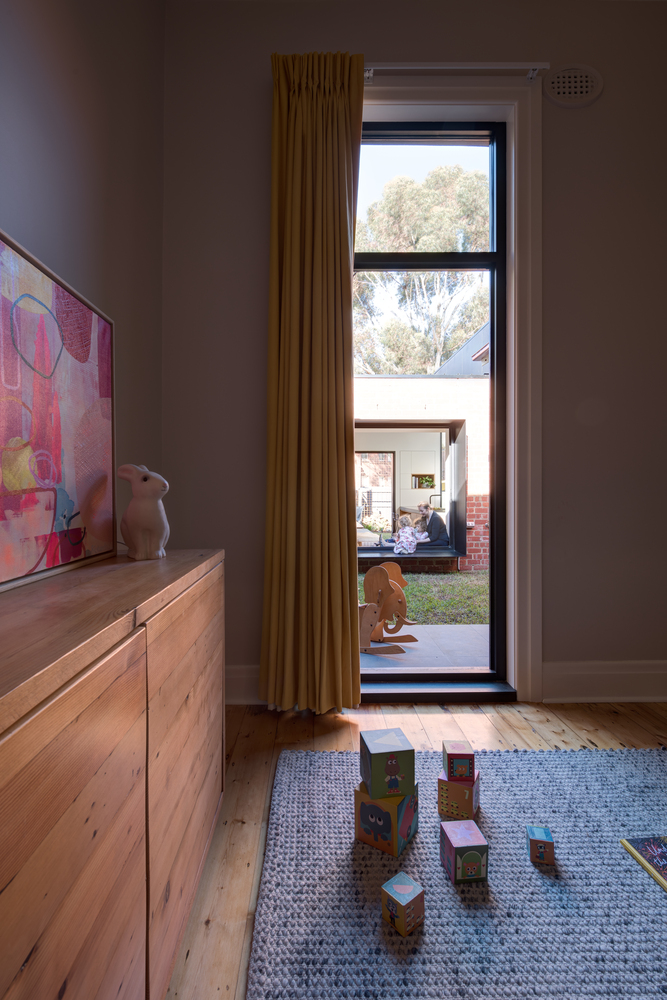 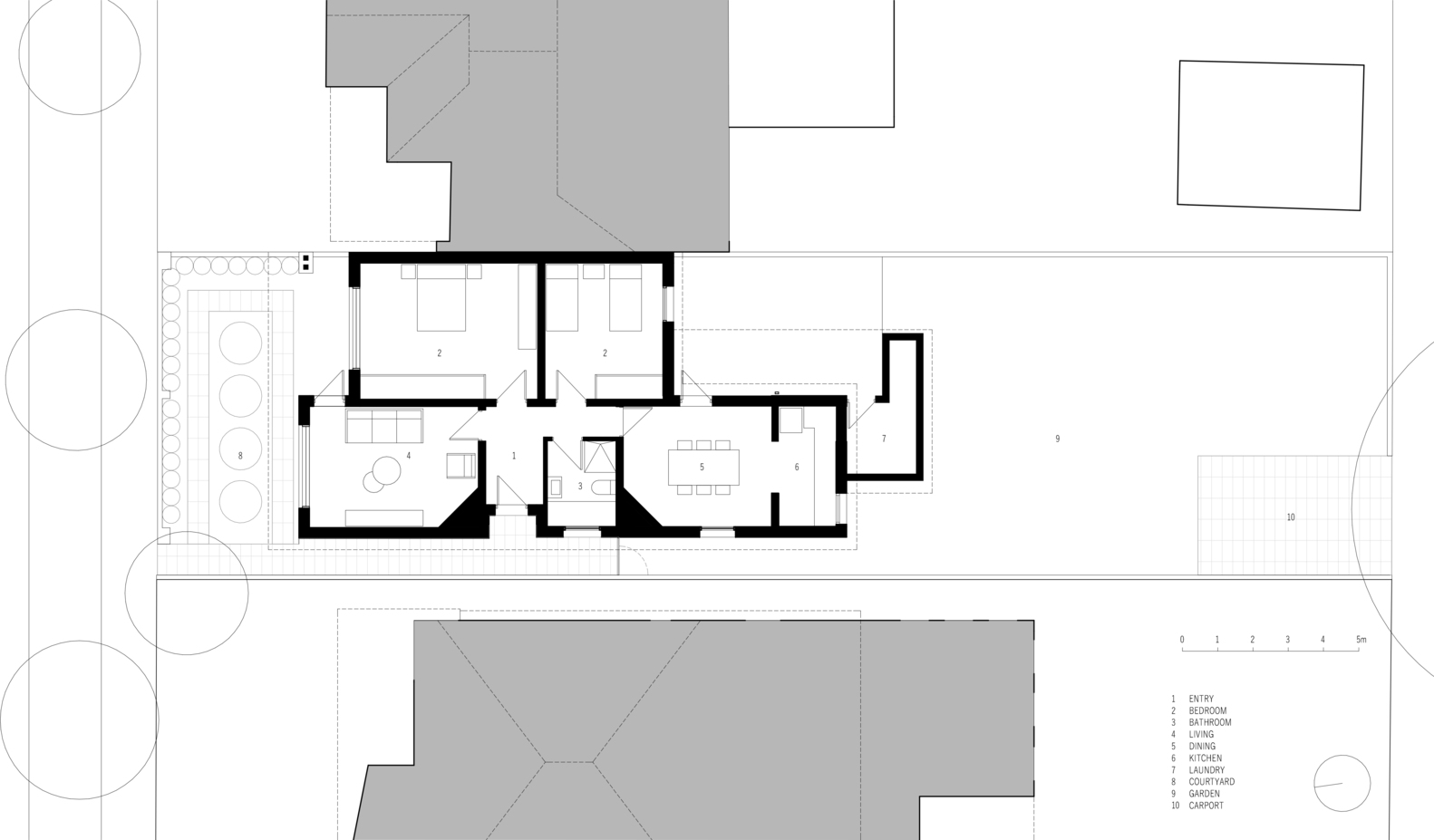 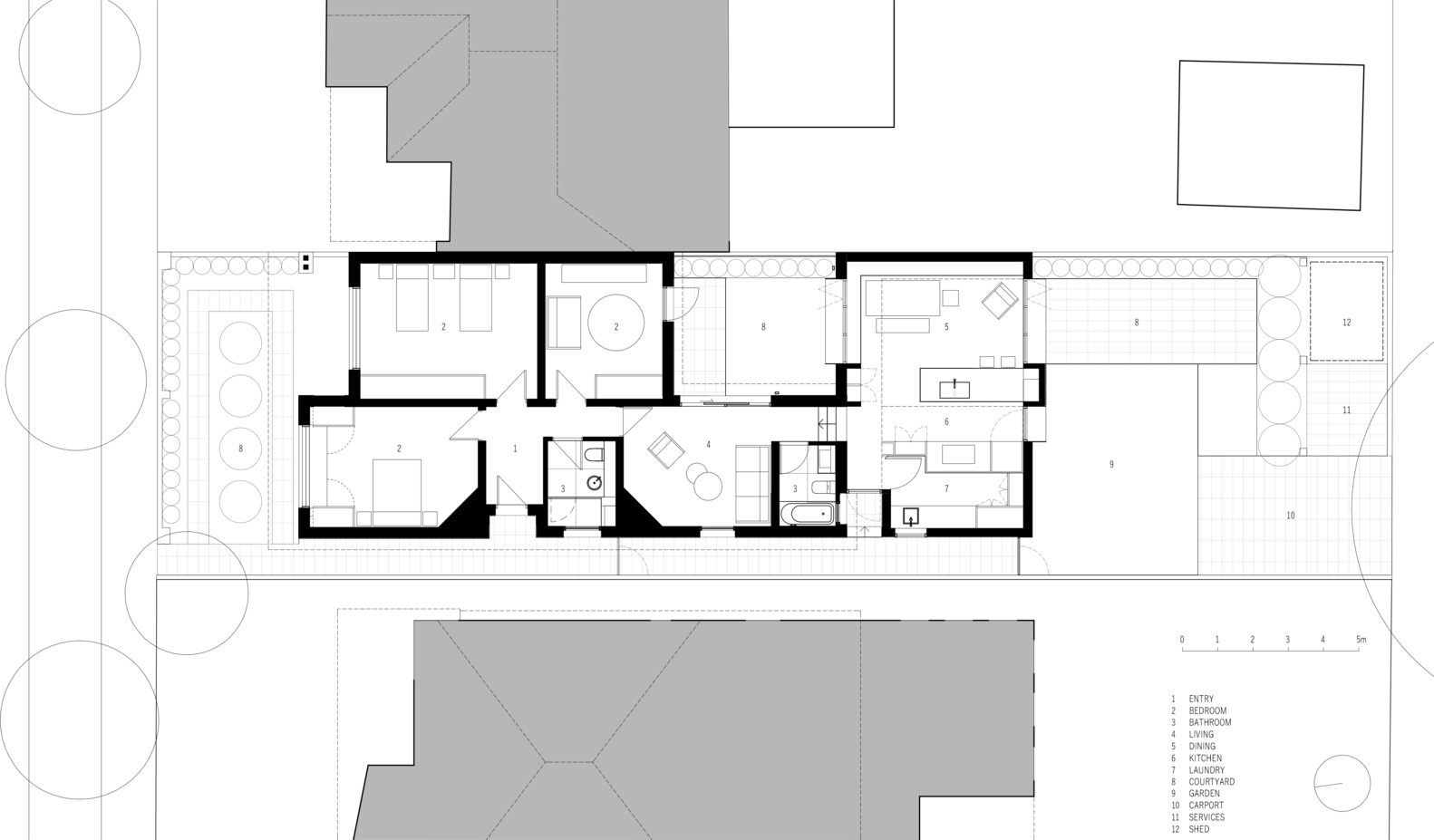 By carefully considering the arrangement and interaction of spaces at Tetris Extension, Crosshatch has achieved the architectural equivalent of lowering that straight block into position and watching the lines flash and disappear, clearing the screen. A perfect move; the perfect fit of form and function.

Tell us what you love about Tetris Extension...