Gen Y/Step House: Somewhere Between a House and an Apartment

We talk a lot about affordable housing here on Lunchbox, so it's great when we see architects, supported by Government, putting their minds towards tacking the problem. I had a chat with Architect David Barr about his project Gen Y House - the winning submission in a competition run by a Western Australia Government Agency, LandCorp. David designed a project that "feels somewhere between a house and an apartment" - with "the flexibility of a house but the density of an apartment". 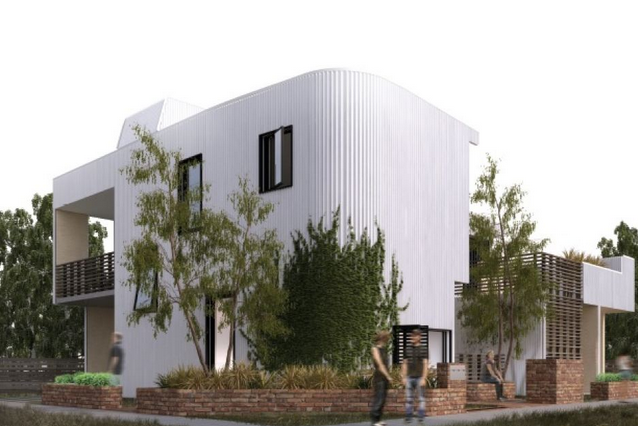 The competition called for a way to house four to six adults on a tight 250 square metre urban site. "For [LandCorp] it was a testing ground for affordability", says David.

The competition brief left the philosophy of the house structure for the architects to decide. It could be a share house, or multiple self-contained dwellings or something else entirely. As part of the competition, David researched ways to achieve the brief that would create the best outcome for improving housing affordability. While a number of options were initially floated, David's entry presented multiple self-contained dwellings as the most preferable option. "Doing some research we realised that if it's a multiple dwelling you get a title and you actually own a piece of paper that demonstrates you have a lot of land that you can get equity from", David explains, "it's all about saying, well what's the best version for the end-user?"

Ultimately, David's proposal included three self-contained apartments, but arranged around a shared central courtyard and massed together more like a typical suburban home. "There are three apartments, each of them has their own bathroom, laundry and kitchen, so they're fully self-contained. Then there's a shared public space wrapped around the edge of the building, about two metres wide at its narrowest point and 4x4 (metres) in the middle section where [residents] can have communal gatherings. And obviously these things become very much behavioural-type things so it's all about the occupants at the end of the day as to how much interaction there will be between them."

The three apartments each have a slightly different configuration: One apartment is split over two levels, while the other two are made up of one upper level apartment (which enjoys a generous deck space) and a ground floor apartment which is universally accessible. This arrangement provides maximum flexibility and each of the apartments has its own set of pros which appeals to different people.

Between 45 - 50 square metres, the apartments themselves are relatively small, but their size is offset because "you're getting a 20-25 square metre outdoor space". The model offers a lot of communal outdoor space. With the communal space, you get "shared bones of the building, but [residents] have their own independence." Their proximity to other amenities is also an asset. "It's only 3km to city of Fremantle, the bus route goes past, [there's] a big park nearby; they're very well-connected to the city. It's the idea of a smaller dwelling in a well-located area means you can offset the fact that it's smaller by the fact that you're closer to a great city."

"So, it's small, but is 50 square metres still affordable? Because the median unit price is still high. When you're talking $350,000 you start to think, really? Is that affordable?"

While not incorporated into this prototype, David discusses some other strategies he's developed to make the Gen Y House even more affordable:

"We thought, let's say it wasn't a fully finished building... maybe the painting is left off, and people could take ownership of the painting. Maybe not all the cabinetry was finished off. So you've got enough cabinetry to live and function, but maybe the island bench wasn't put in... [so you can] save a bit of money and get that installed.

Our intention was to design everything, take out all the bits and as part of the management agreement, have all the drawings and everything previously approved, so as an occupant wanted to purchase something, they could say, 'let's do the cabinet' and all they have to do is go to a cabinet maker and get a price and get it installed. They don't have to think about it, it's already designed."

"Even the skirting and cornices could be left off. The finer trims and finishings can take quite a lot of time and money." Instead, "let's keep all those bits for the people who live in it, and the equity goes to them. If they can finish it off, maybe it's worth twice what they spent on finishing it", David explains. When it comes to parking spaces, David bucked the trend for more is more. "If it was just one house, you'd only need to have two cars, it's close to public transport. We could demonstrate that not everyone in today's generation need a car or own a car. That's something that we pushed and it was well supported by council in the end, which is great", David says.

There's also the opportunity to change and expand the apartment as your needs change. "It feels more like a residential home where people are doing alterations and additions, so if the house isn't big enough, they could expand it." For example, if the residents find they don't use their carport (and assuming the planning authorities allow it) there's a potential to turn that space into and studio or additional bedroom.

The project doesn't forget sustainability in pursuit of affordability, "there's a 9KW PV [solar panel system] and battery storage which covers virtually the entire roof. There's also a "10,000 litre rainwater harvesting tank in-ground... to deal with the laundry and toilets. All of this manages to fit on 250 square metres."

"It's a bit like designing a slightly larger caravan - trying to fit all these things in!" 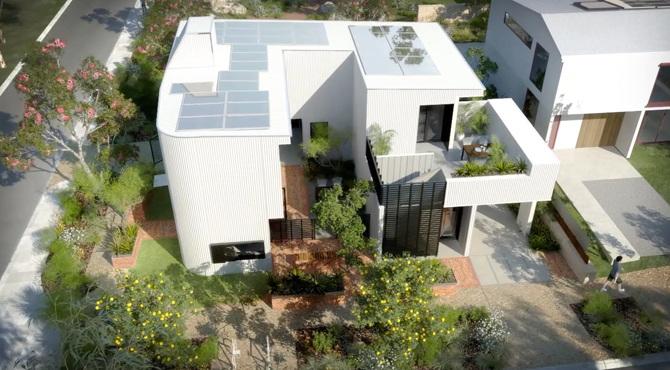 LandCorp code-named the project Gen Y House (or more formally, Generation Y Demonstration Housing Project), however David called his submission Step House, referring to the ability for young people to use the apartment as a step onto the housing ladder.

"We named it the Step House, the idea was, you're not buying the final family dream in one hit like the baby boomers used to do. The baby boomers had this ability to say, it's really only 3-5 times my income to purchase a place, whereas now it's up to something like 10-12 times. The reach of ownership is getting further and further away.

And then coming back to affordability, the biggest challenge, you're wanting everyone to have the ability to buy something and have ownership of something. Even if it is small now, it becomes something they can grow from in the future."

Gen Y House feels more like a house than an apartment, with the ability to adapt to the residents as their needs change. In many ways, it has the best of both worlds. It's an exciting model for how affordable housing might look in the future. There's certainly the opportunity to adapt the model for retirees or student housing. I'll be sure to keep you updated with images and information as the project evolves. 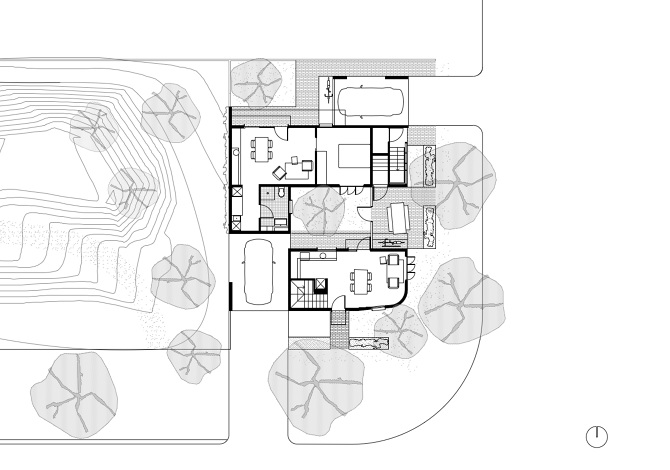 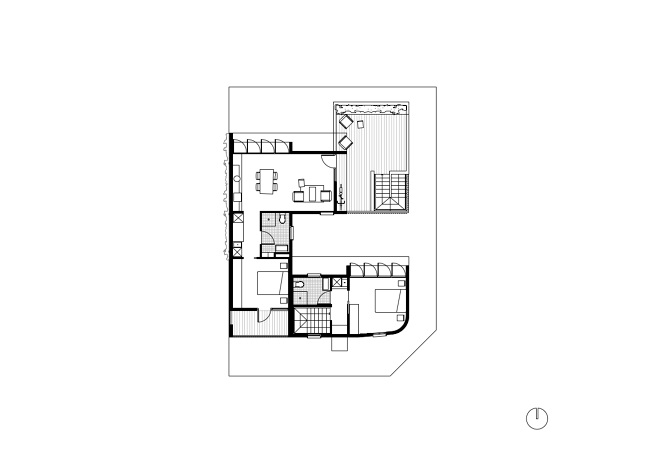