Has a Piece of Space Junk Landed in This Backyard?

Shiny galvanised steel. Angular, arrow-like shape. Patterned timber screens. An unusual object sits in this Hanging Rock backyard, and it's causing a bit of a stir. Has a piece of space junk crash landed in this rural backyard? 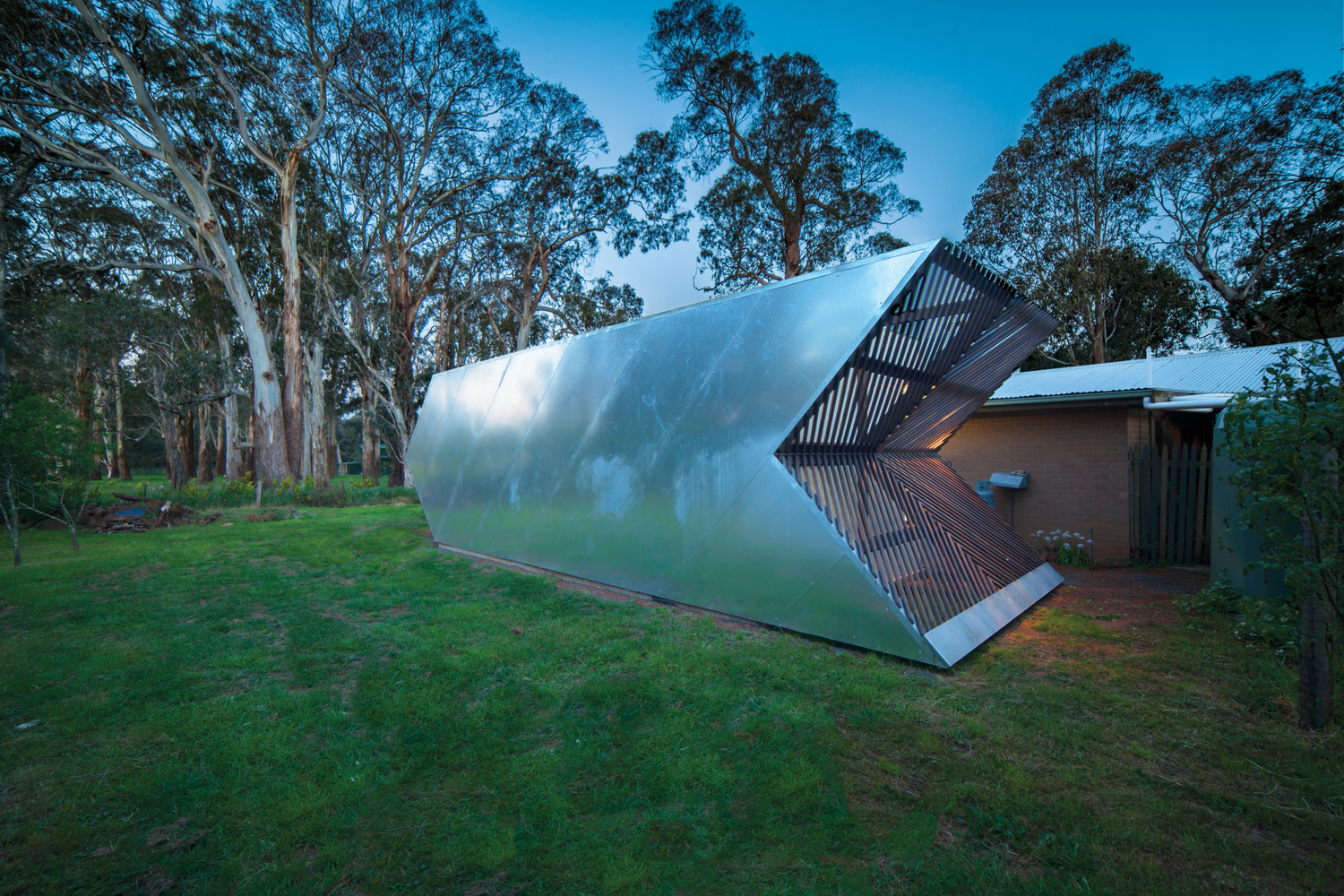 I'm workshopping a theory. If you want an insight into an architect's creativity and talent, look at their smallest projects. Despite their size, tiny buildings come with numerous constraints. A bigger problem than the tiny floor area is the fact that small projects are often accompanied by micro budgets. And to design and document a small project still requires an enormous amount of thought and attention to detail. That said, Nervegna Reed Architecture and PHTR Architects' Arrow Studio is a great example of architecture on a micro scale. 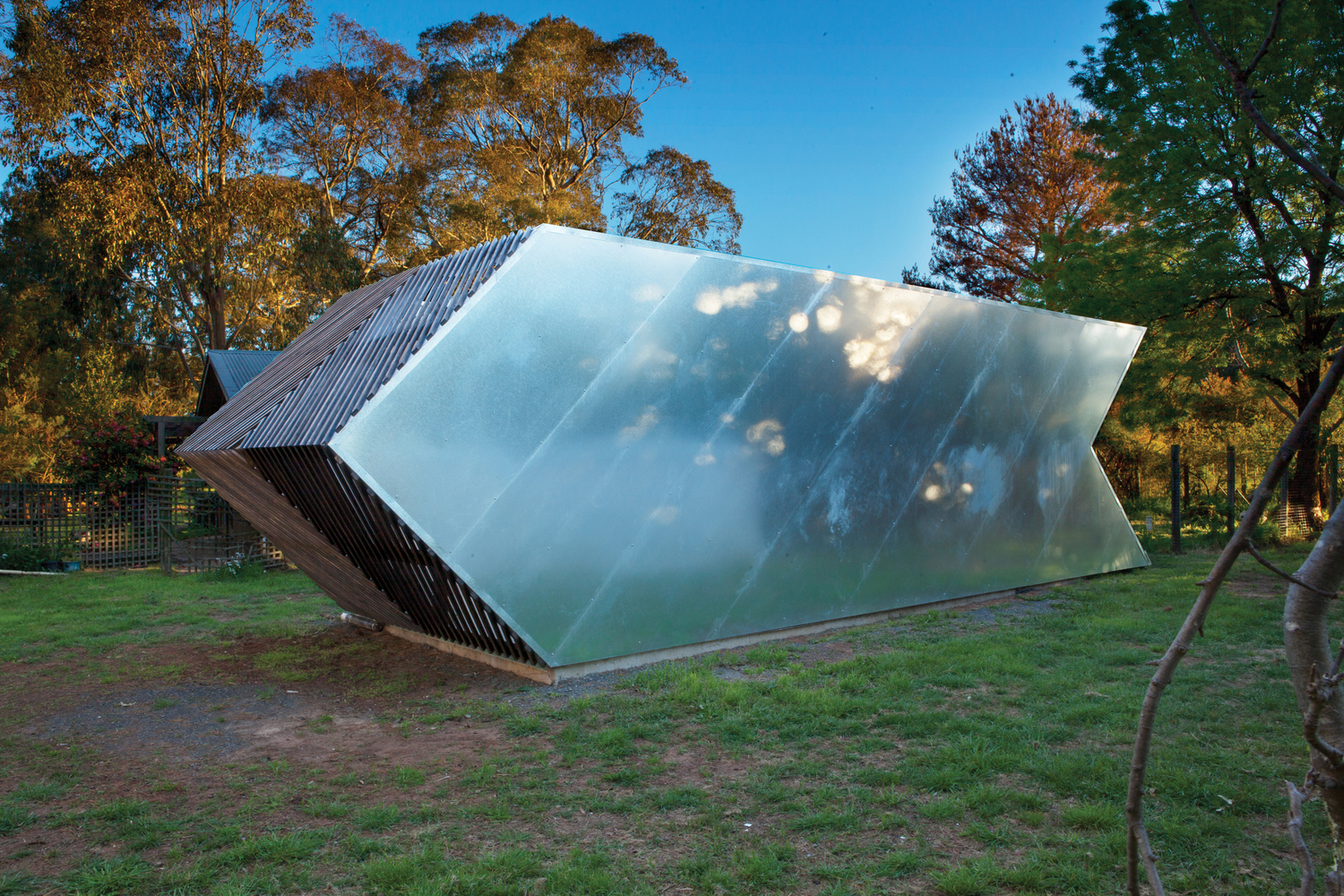 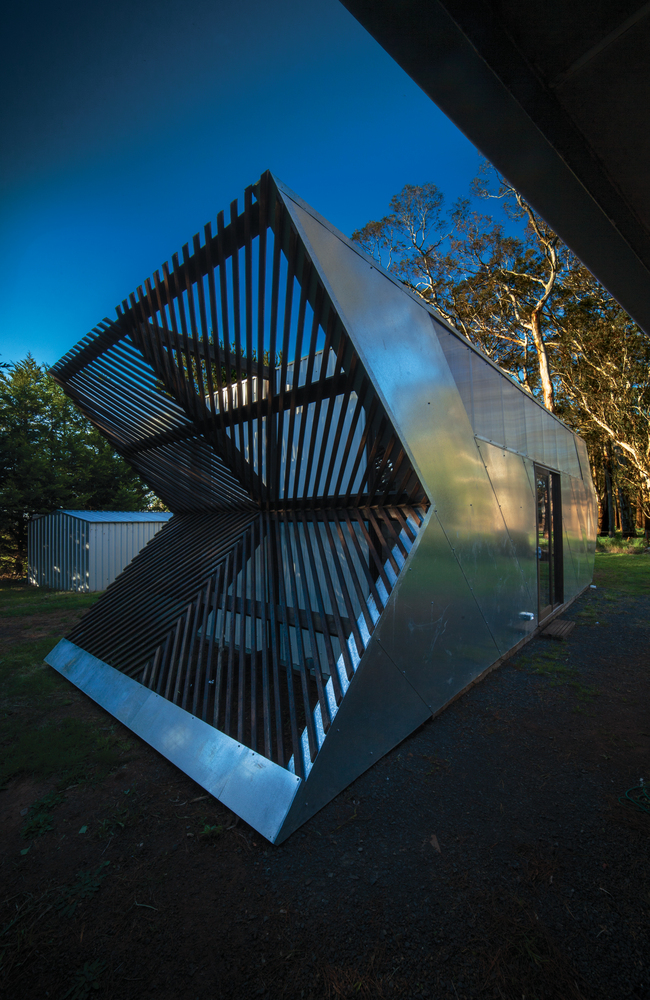 The client, Mr White retired to the Victorian countryside and wanted a small gallery facing the bush. The gallery would include a studio space and enough wall space to hang paintings and photos. It was important for security reasons that there were minimal windows and the ensure that any windows were screened to prevent break-ins. 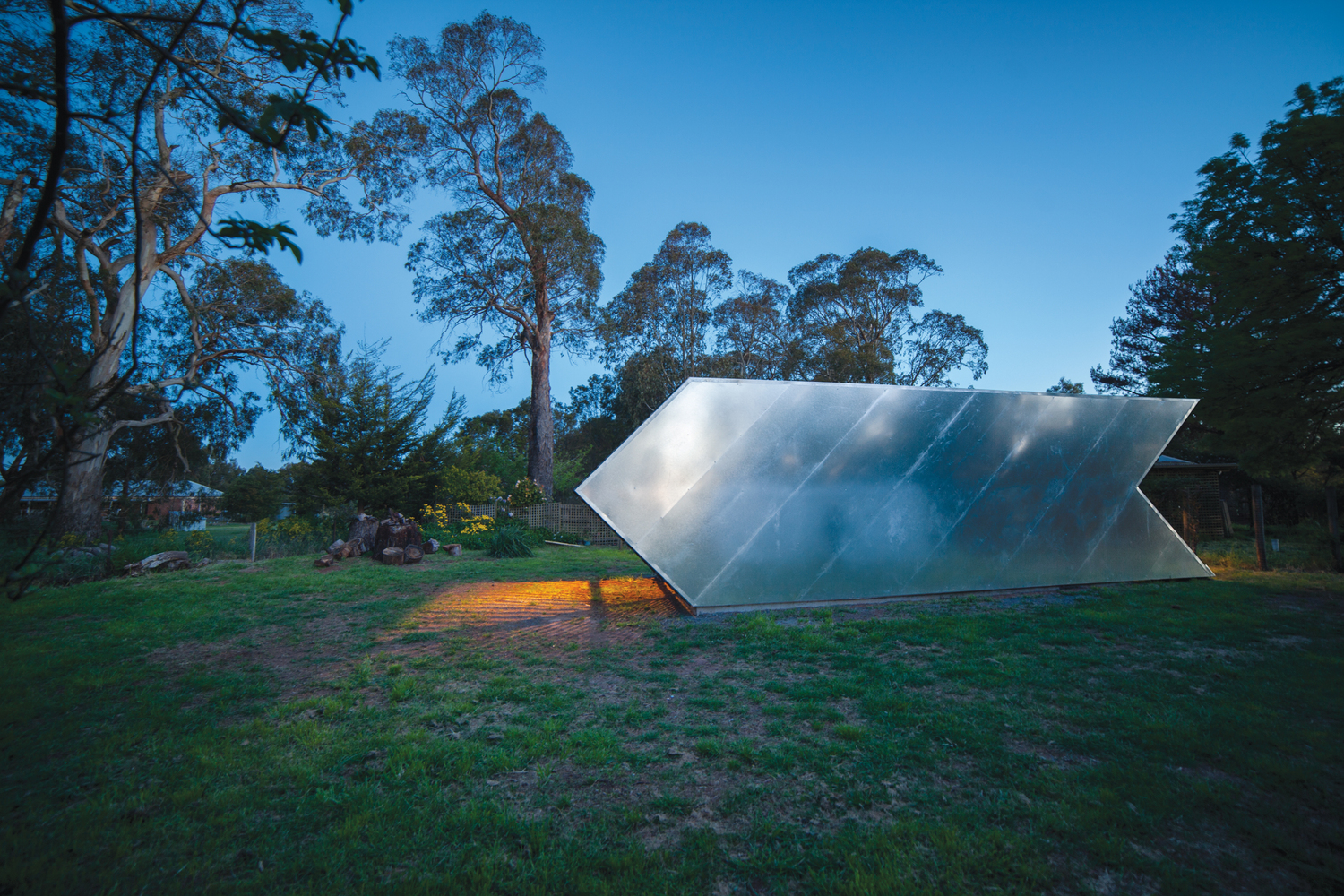 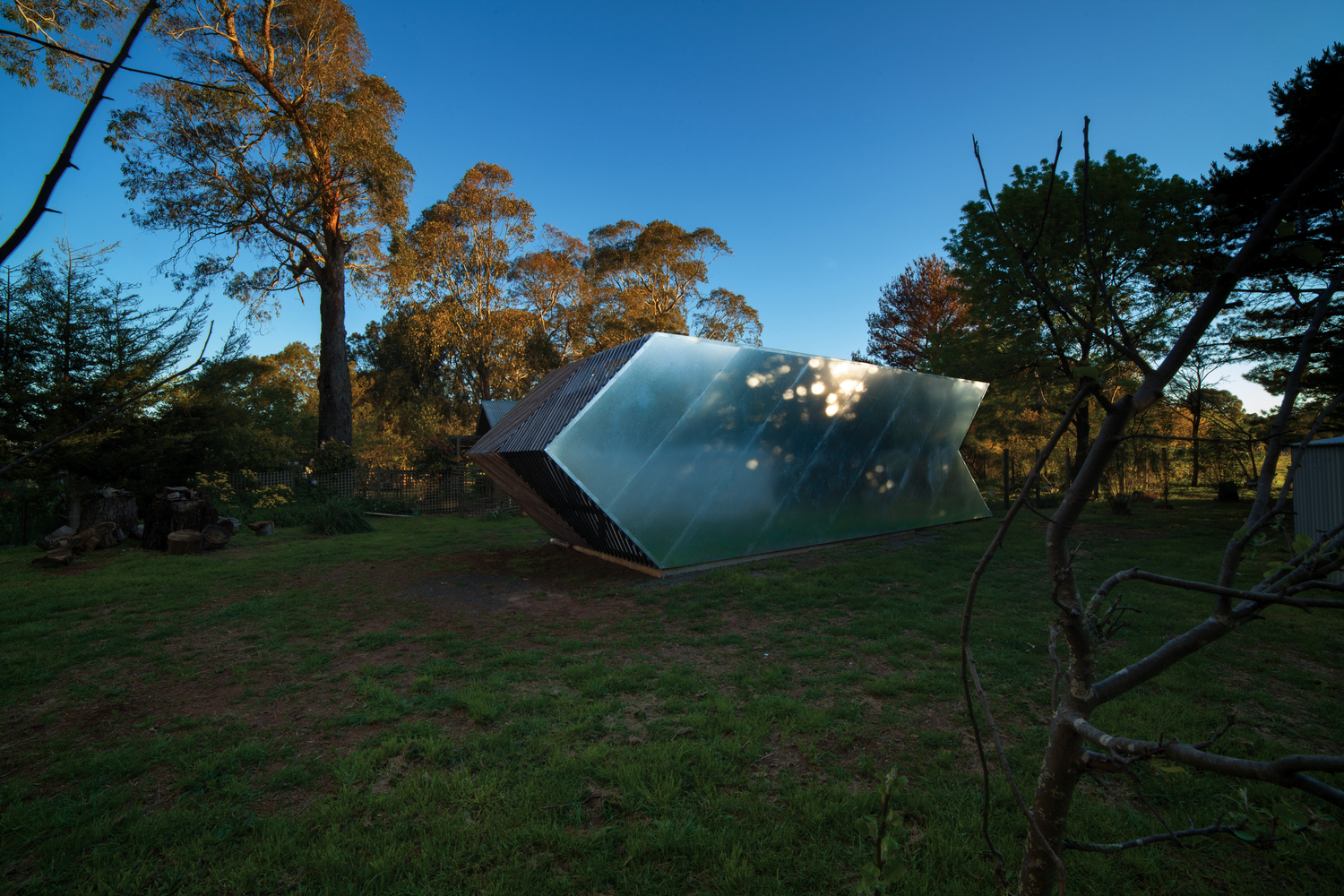 With a budget barely larger than the price of an off-the-shelf garden shed on a concrete slab, the architects' resourcefulness and creativity would be pushed to the limits. The solution was a rectangular cube (simple to construct) with the ends pushed in and out to allow for windows with screens to prevent intruders. This solution created the arrow-like form that has become to studio's most distinctive feature. 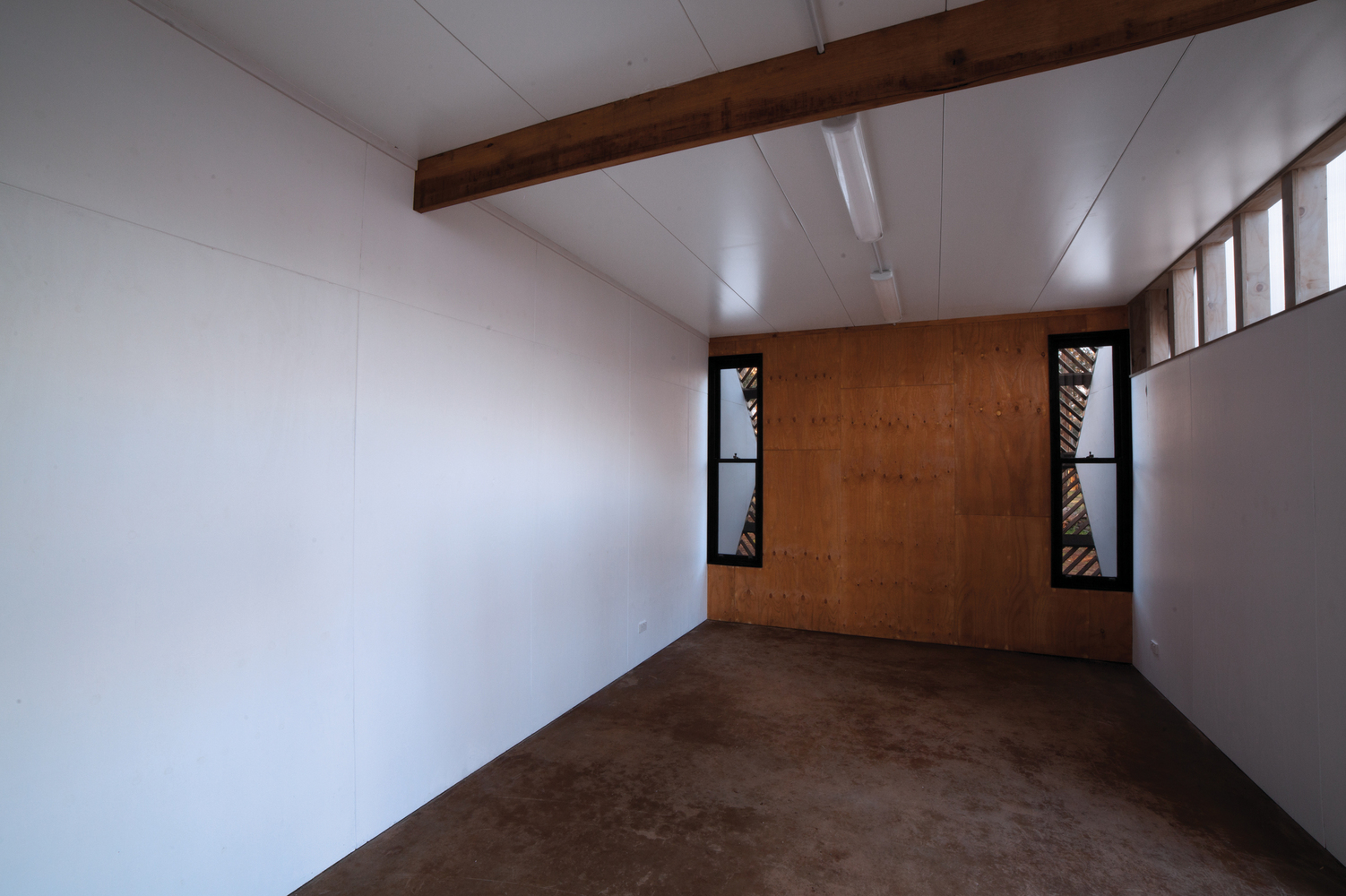 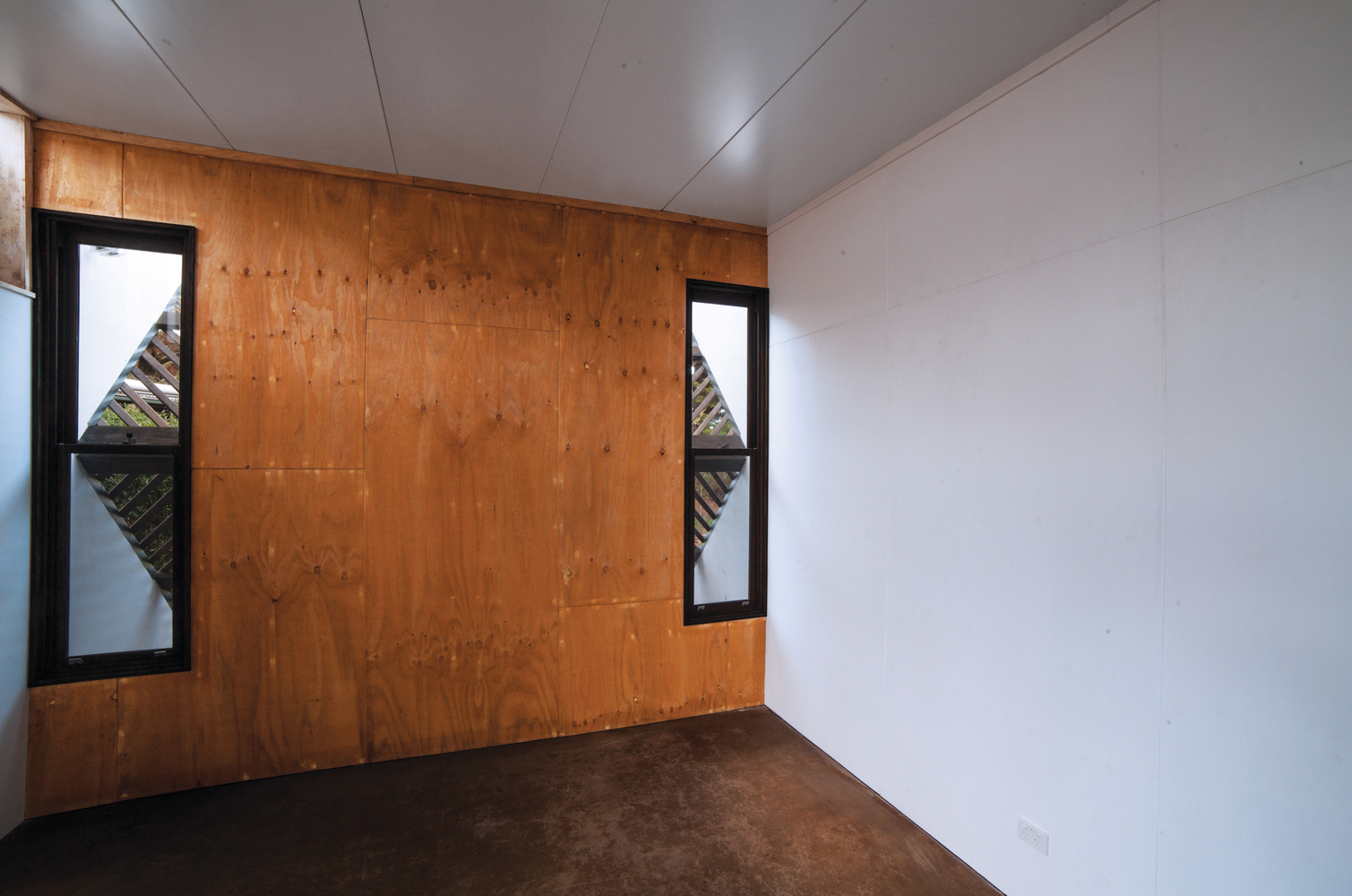 All the walls are made from plywood, an affordable material which simultaneously braces the building and creates a finished wall surface inside. The exterior of the studio is clad with sheets of galvanised steel which follow the angle of the arrow, reinforcing its directionality. The steel also protecting the plywood and creates a cloudy mirror in the backyard. The roof is an off-the-shelf insulated roofing system. By minimising materials and simplifying the details, Arrow Studio was built in just 10 days. 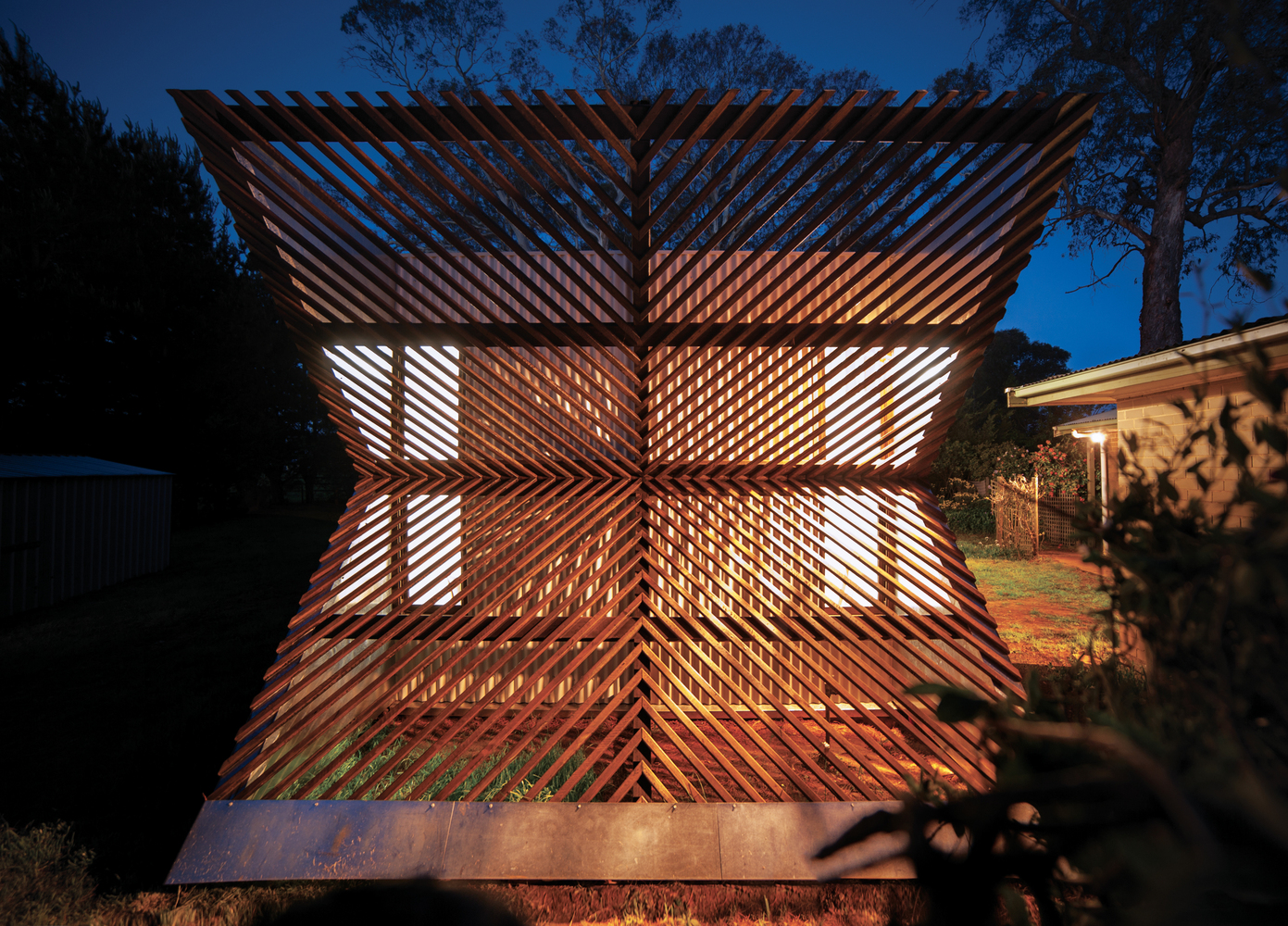 Slatted timber at either end is oriented to create another arrow-like pattern. At night the arrow projects beams of light through the slats and lights up the backyard like a cinema projection booth. 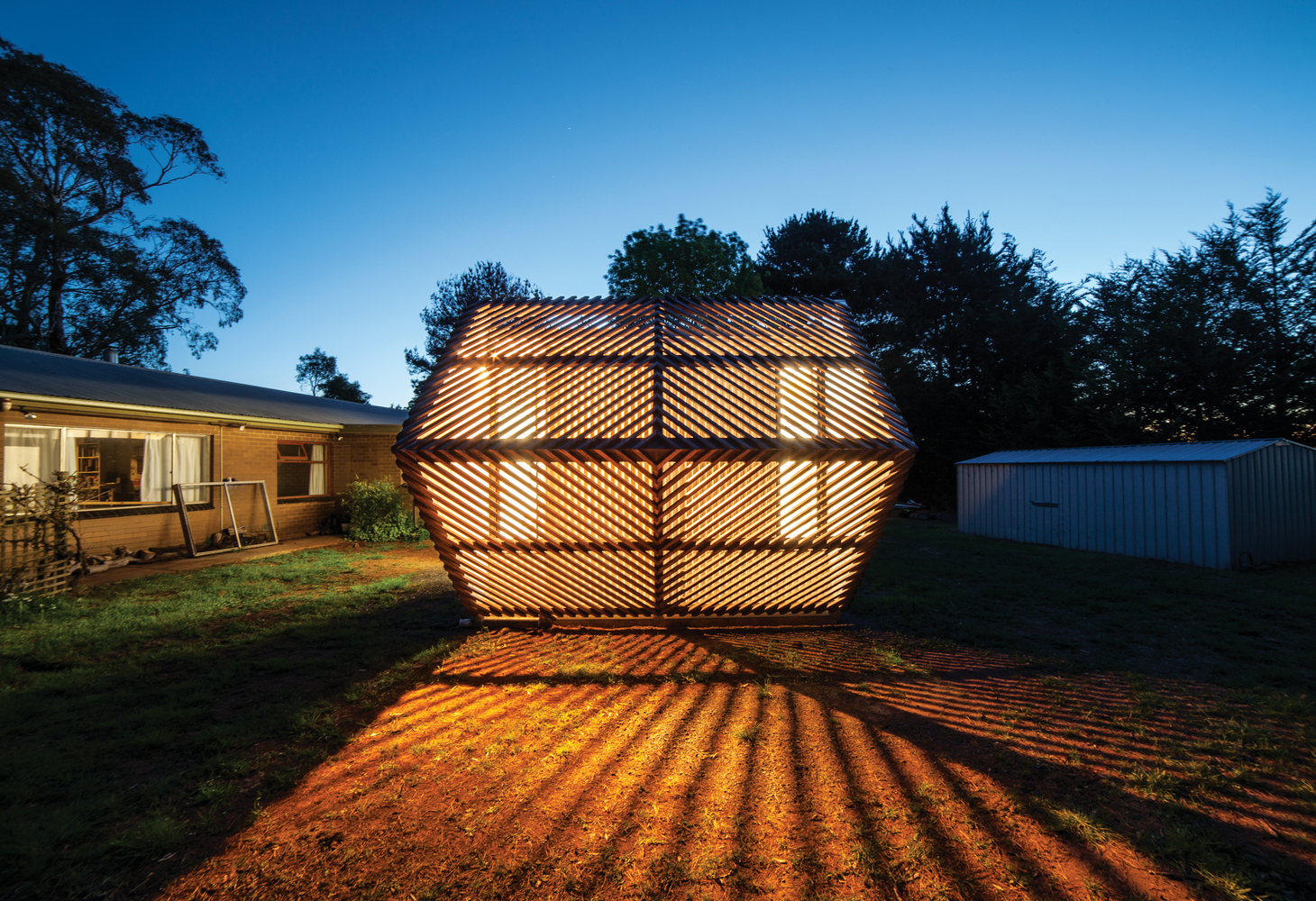 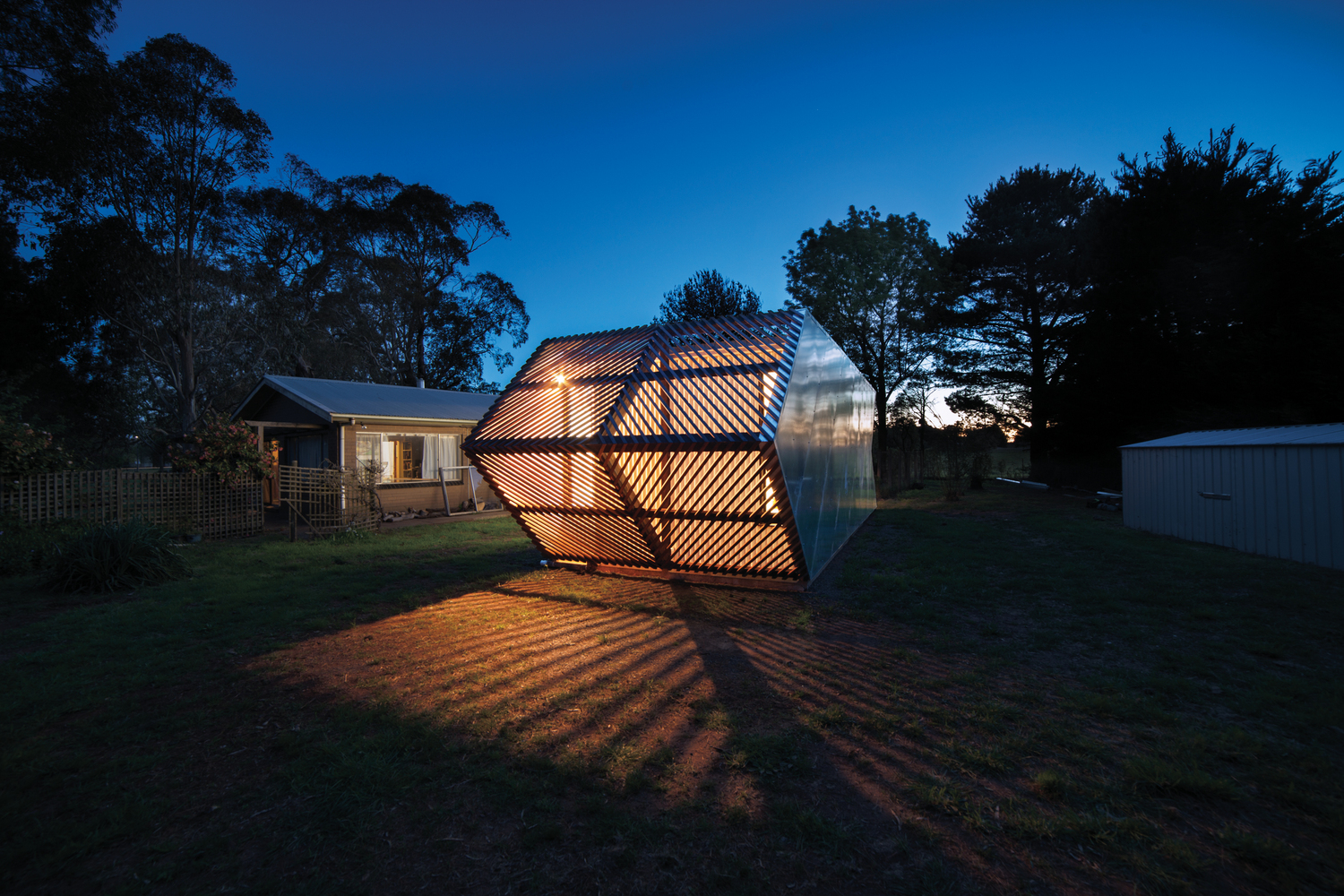 "The Arrow Studio was conceived as an out of focus, reflective vortex in the Australian landscape." - Nervegna Reed Architecture and PHTR Architects 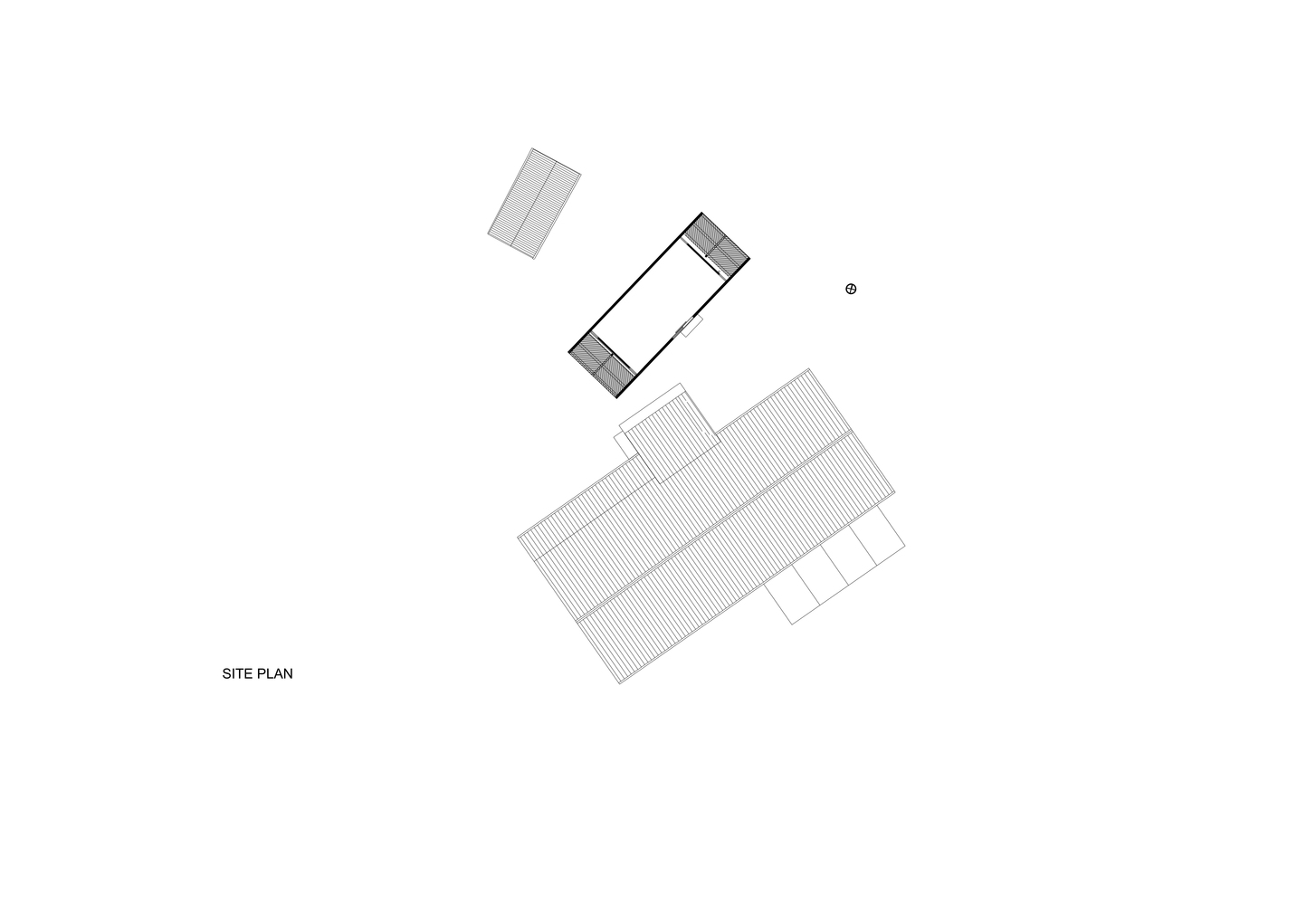 This unique building brings a creative and exciting space to this bush backyard. Nervegna Reed Architecture and PHTR Architects have designed a champagne studio on a garden shed budget, proving that simple buildings need not be boring.

Tell us what you love about Arrow Studio...