California Dreaming: A Modern Take on the California Bungalow - In Launceston

California Dreaming is one of BiLD Architecture's continuing series of projects exploring adaptations of Australian suburban typologies to contemporary housing requirements. Located in an area of inner-urban Launceston originally developed with inter-war ‘California Bungalow’ type housing, the project adapts and co-ops this typology to contemporary living styles and expectations for a pair of duplex residential units. 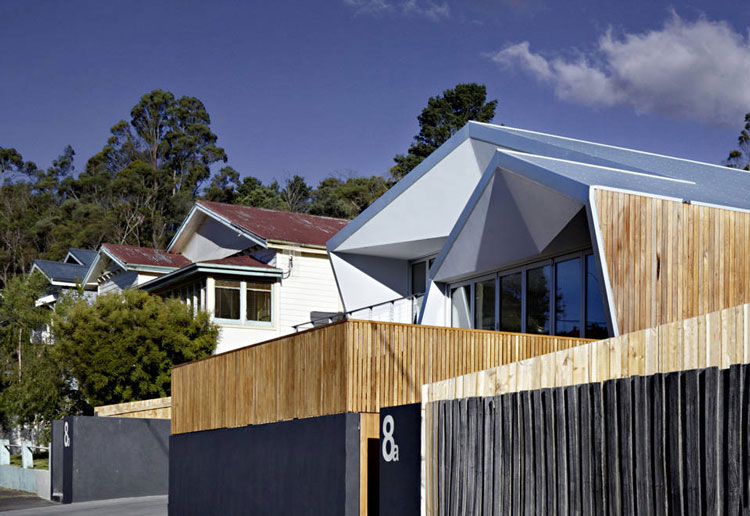 Unfashionable for many years this area of the city lay dormant after its initial wave of development, preserving an enclave of inter-war speculative housing. However in recent years, with sudden gentrification, the area has seen a new wave of housing occupying the abundant infill opportunities. These new occupants, reflective of contemporary ways of living and ways of building sit in stark contrast with the area’s original houses. 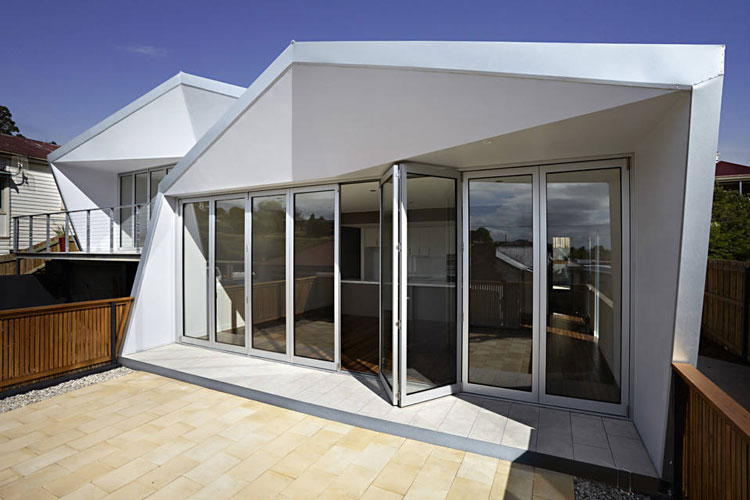 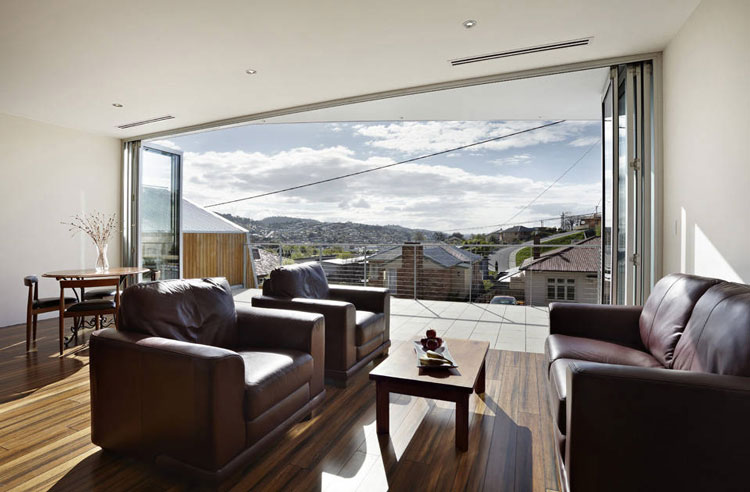 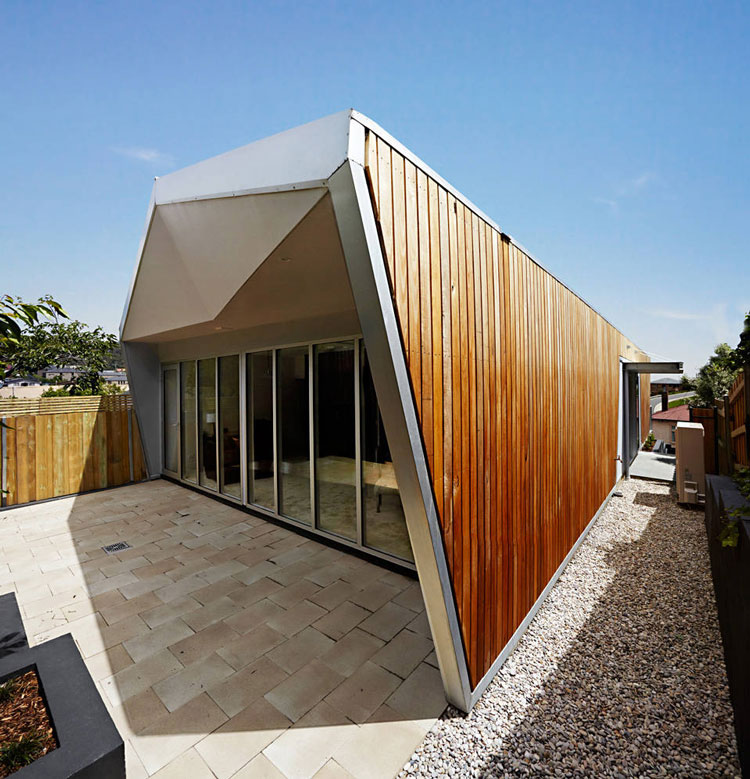 The area’s original houses were often indiscriminately placed on the site, with little consideration or adaption to the sites orientation, topography or street address. California Dreaming takes the California Bungalow typology as a point of departure, progressively adapting it to the specific site conditions; sheering the floor plate vertically to minimize cut and fill, slipping it horizontally to address the street crossover and provide northern oriented private open spaces, and finally extending and wrapping the signature double-gable roof form around the building to provide maximum exposure to northern light in winter, while shielding the interior spaces from the summer sun and western light in the afternoons. 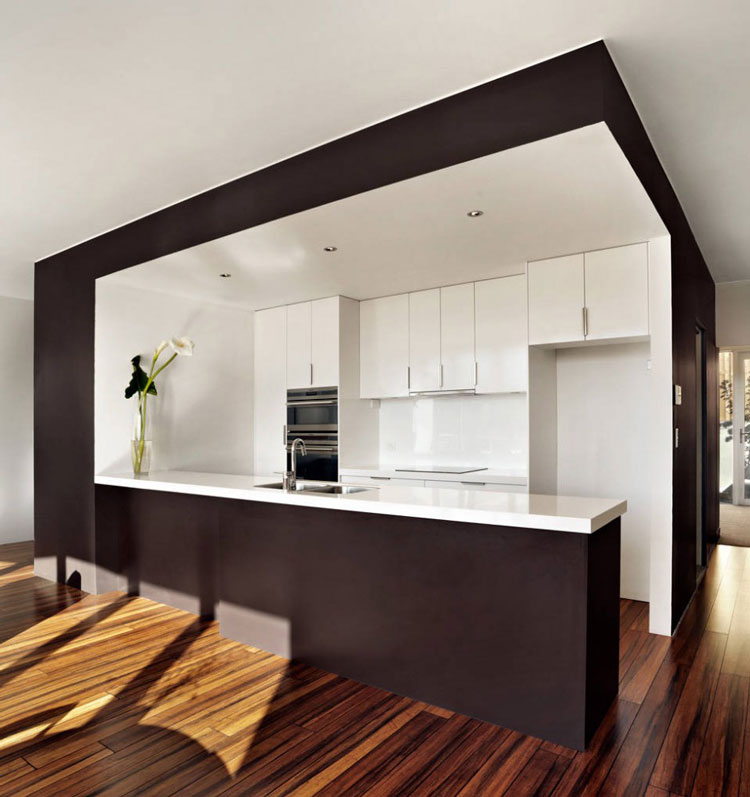 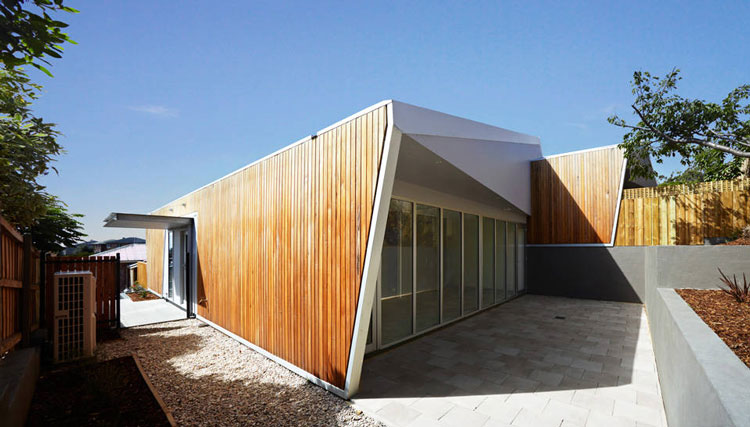 While the project formally adapts the California Bungalow type and consciously responds to its neighbors, the plan and programmatic response departs from the reference typology. California Dreaming centralizes ‘core’ service program (kitchen/bathroom and laundry), pushing habitable program to the perimeter with ample access to natural light and strong connections to the exterior. 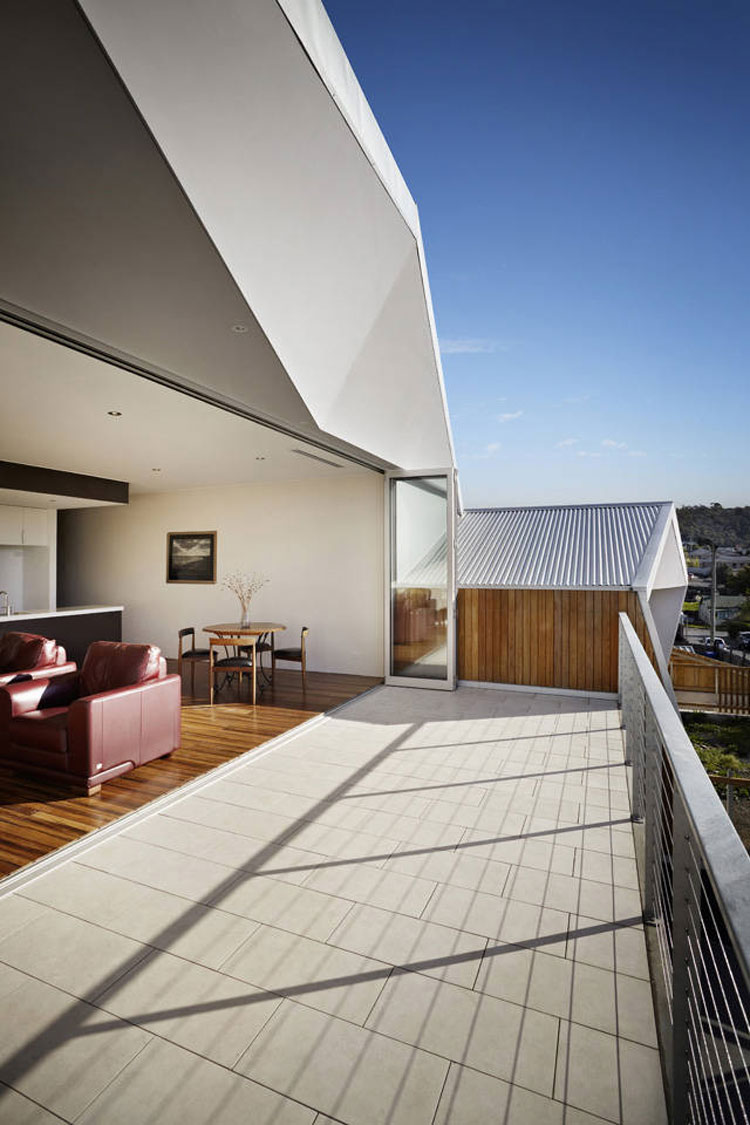 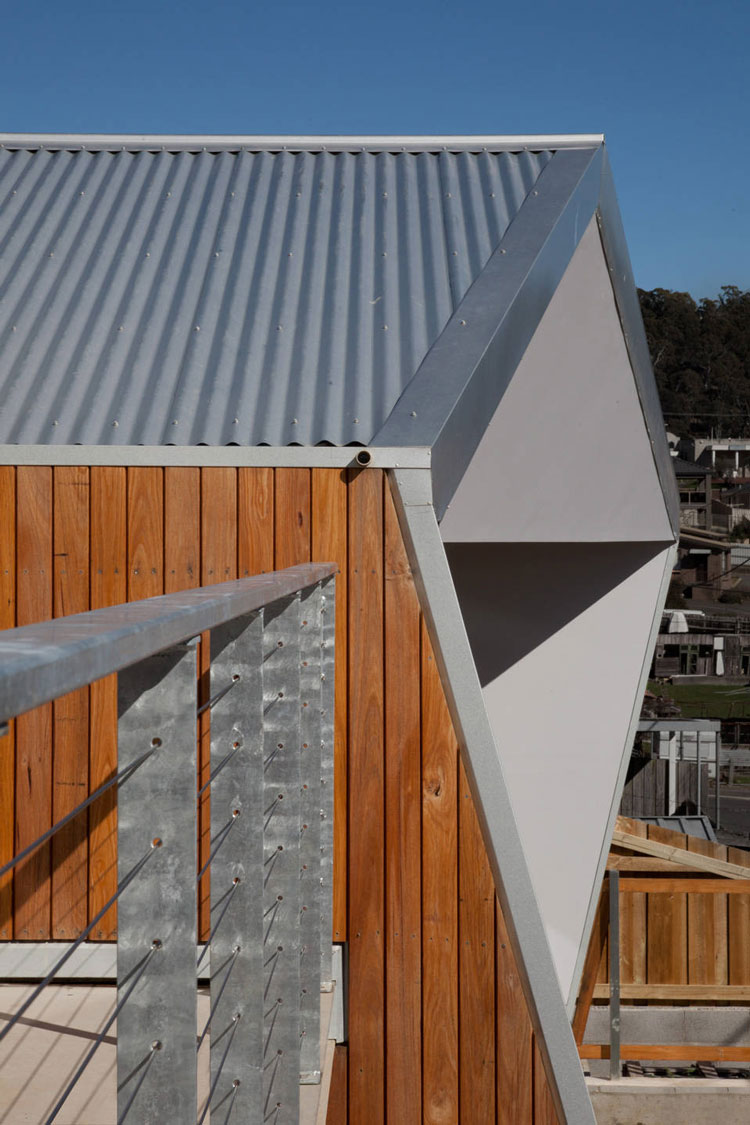 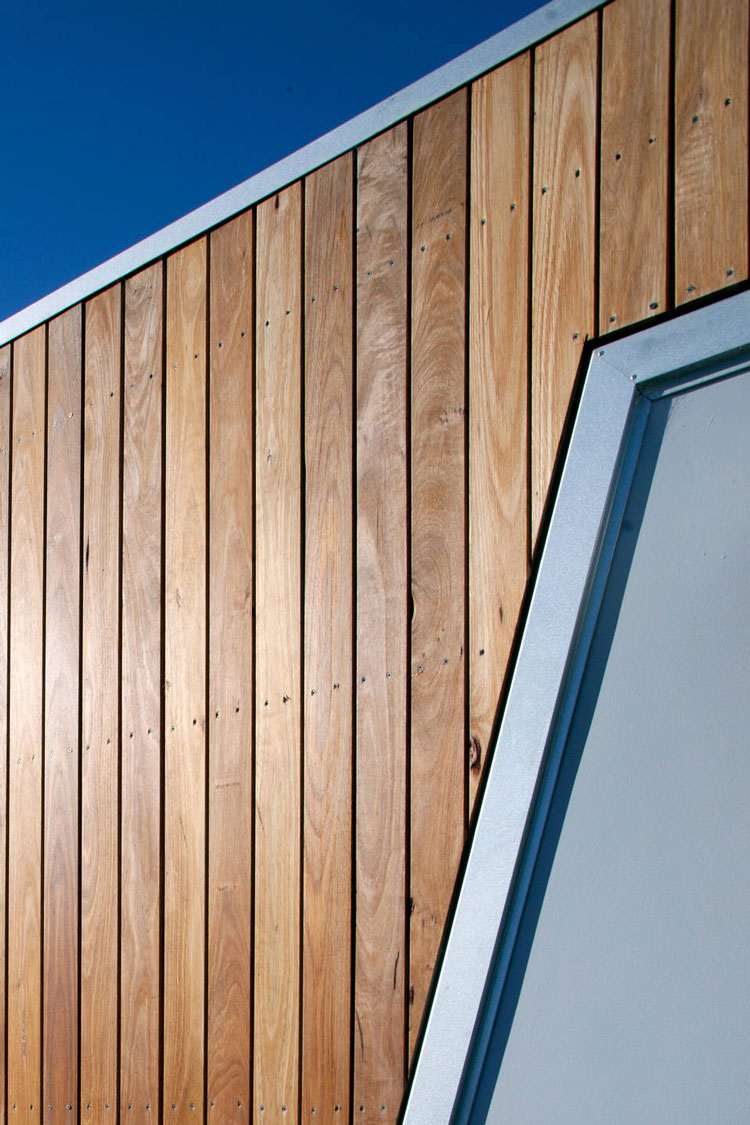 The units are mirrored in plan with the northern orientated living spaces provided with expansive retractable glazed doors, opening out onto private balcony/courtyard the northern views down the valley and across the city. The ‘core’ acts as a spatial catalyst defining the shape and size of the surrounding habitable rooms, while sliding panels alternatively separate spaces into discrete rooms, or retract to form a fluid continuous space where programs are flexible and loosely defined.

California Dreaming is a consciously Tasmanian project responding to the emerging conditions and needs of contemporary infill housing in many of Tasmania’s inner urban areas. The project synthesizes contemporary expectations for space, light and environmental performance, with the urban presence of an established neighborhood character. California Dreaming sits in its street scape as something familiar yet alien, an uncanny presence, distinct from both the area’s new housing and the suburbs original occupants, yet familiar and linked to both.