Fitzroy Terrace Embraces Its Wrinkles – All 170 Years of Them

House with a Sense of the Past

Dating back to 1845, Fitzroy Terrace is a Georgian-era row of seven terrace homes. Originally designed by renowned architect James Hume, Fitzroy Terrace is now considered a state heritage item. From Pitt Street, the terrace remains well preserved. From the rear, many of the terraces have undergone various levels of additions and extensions leaving a hodgepodge of lean-tos and outhouses at the rear of each terrace. What a contrast to the stern and ordered Georgian lines facing Pitt Street.

Rather than travel down the well-beaten track of demolishing the add ons to start with a clean slate, Welsh & Major Architects have worked with the exiting layers of history, creating a house that tells a story of its occupation for the past 170 years… 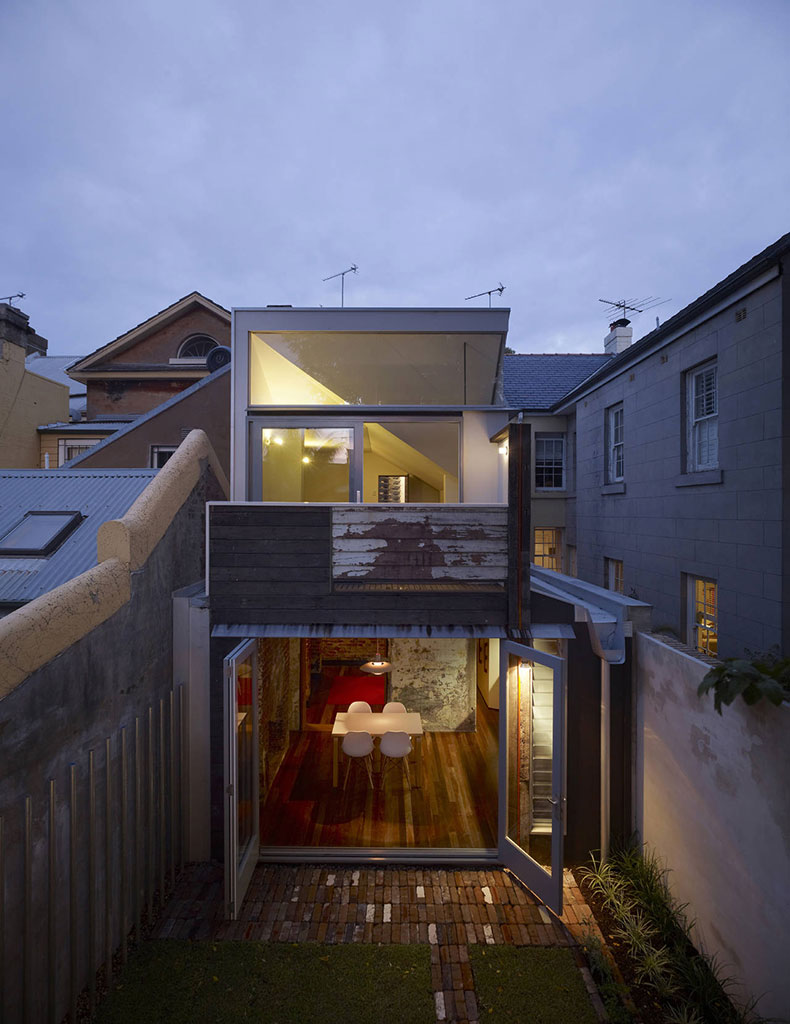 This particular terrace was in (possibly) the most original condition of the row. The owners spent a lot of time and money restoring the front two rooms — the drawing room and dining — to their original condition. So the brief of the project was to reconfigure the rear of the house to provide a contemporary kitchen, bathroom and everyday living areas as well as separate visitor accommodation. 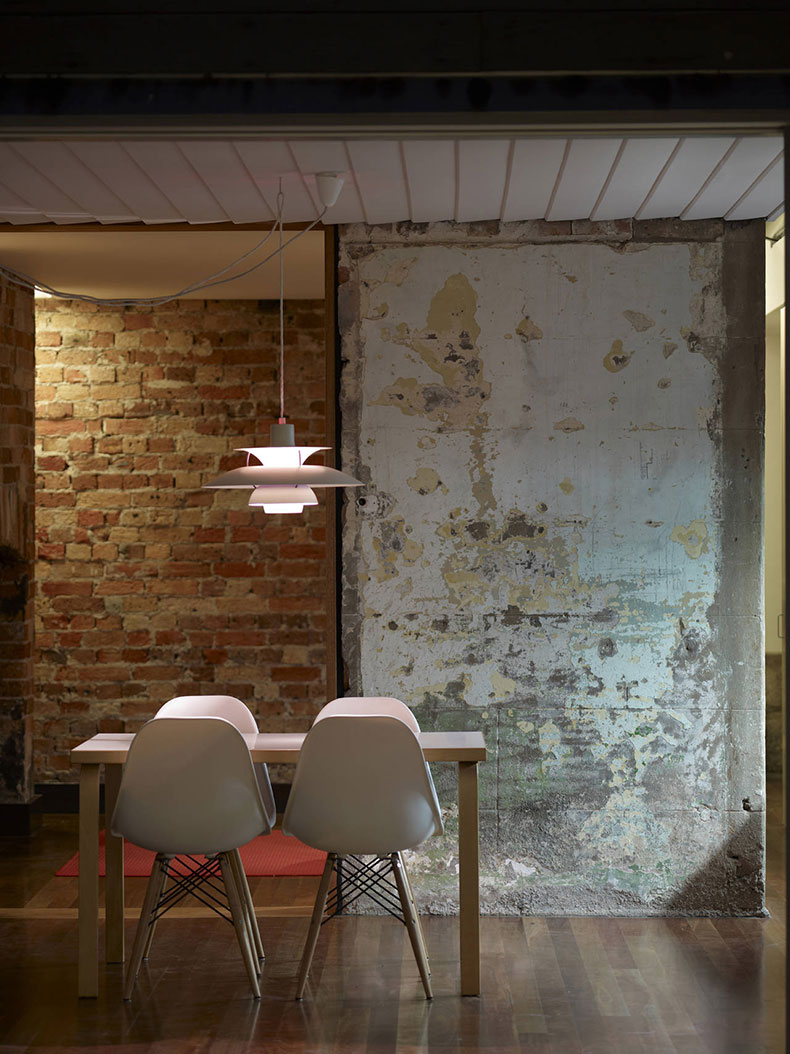 The architects had to deal with various eras of additions and reconfigurations to the original terrace: 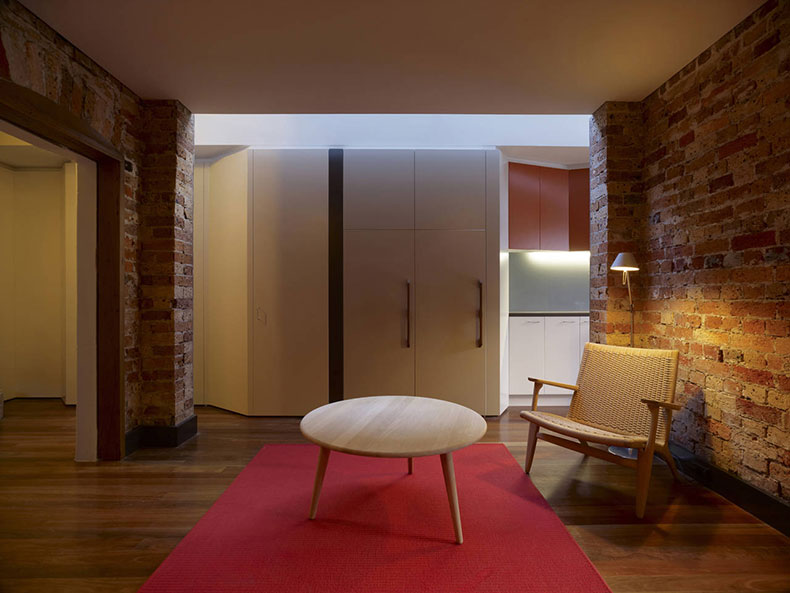 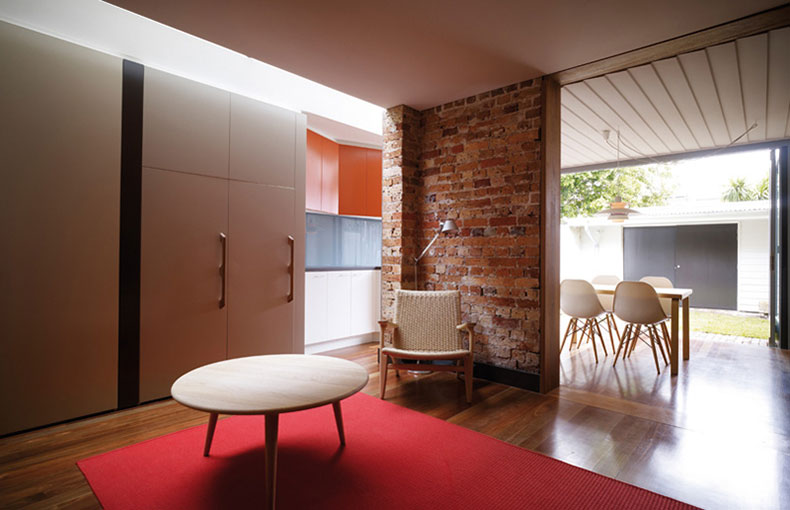 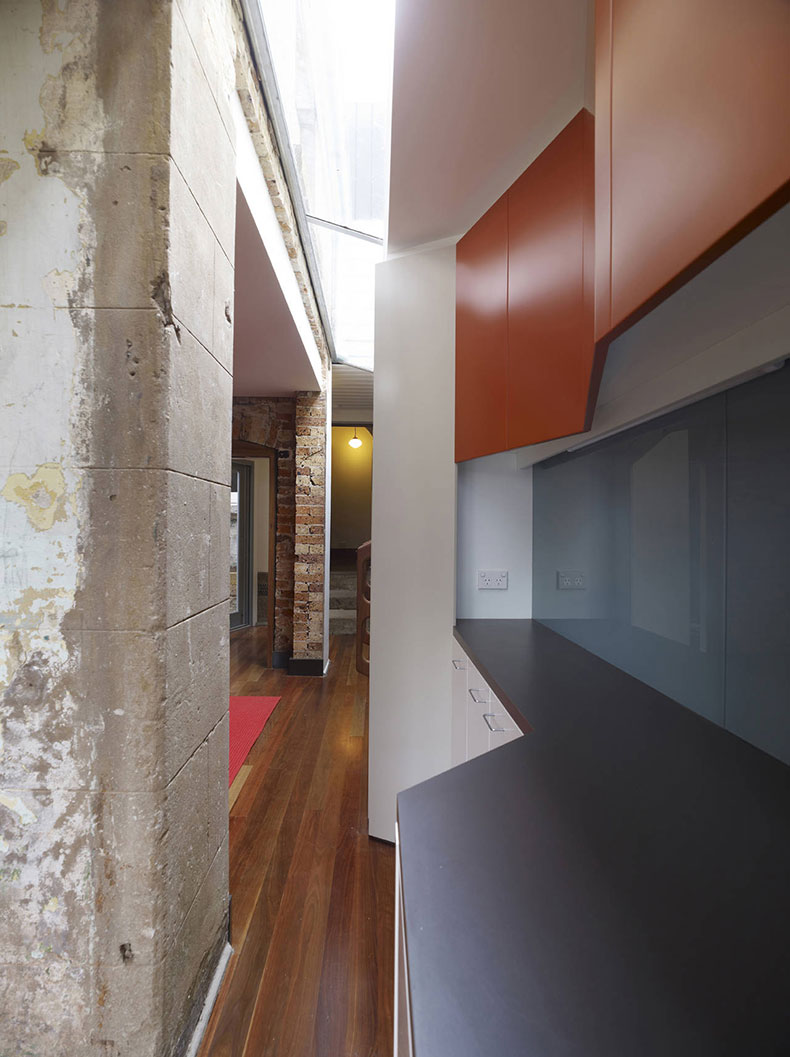 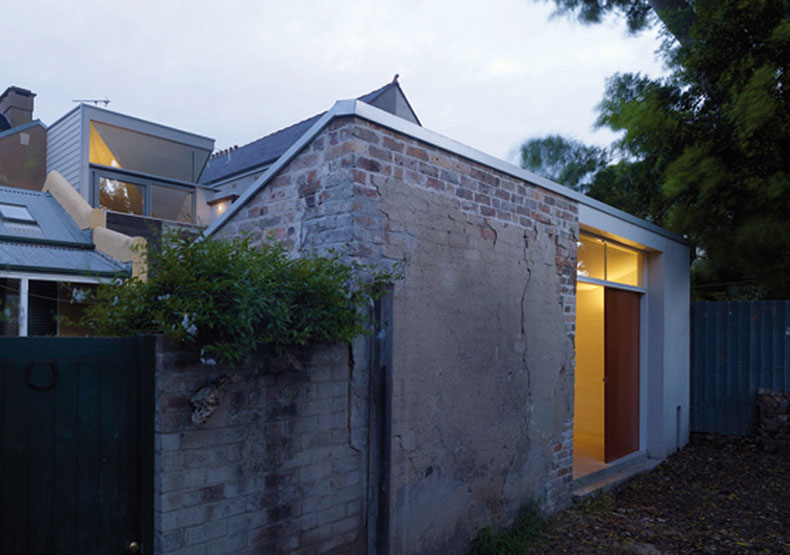 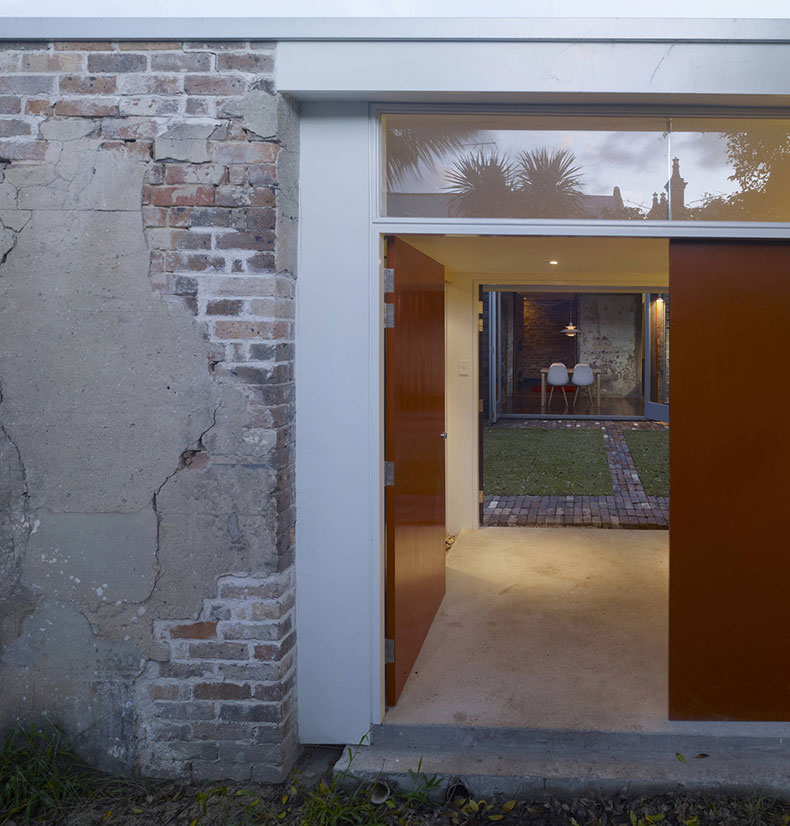 Rather than knocking the whole rear of the house down, the architects chose to use the existing fabric to form the basis of their new works. Their response was to develop a system of self-imposed 'codes' for dealing with the existing building and incorporating the new works: 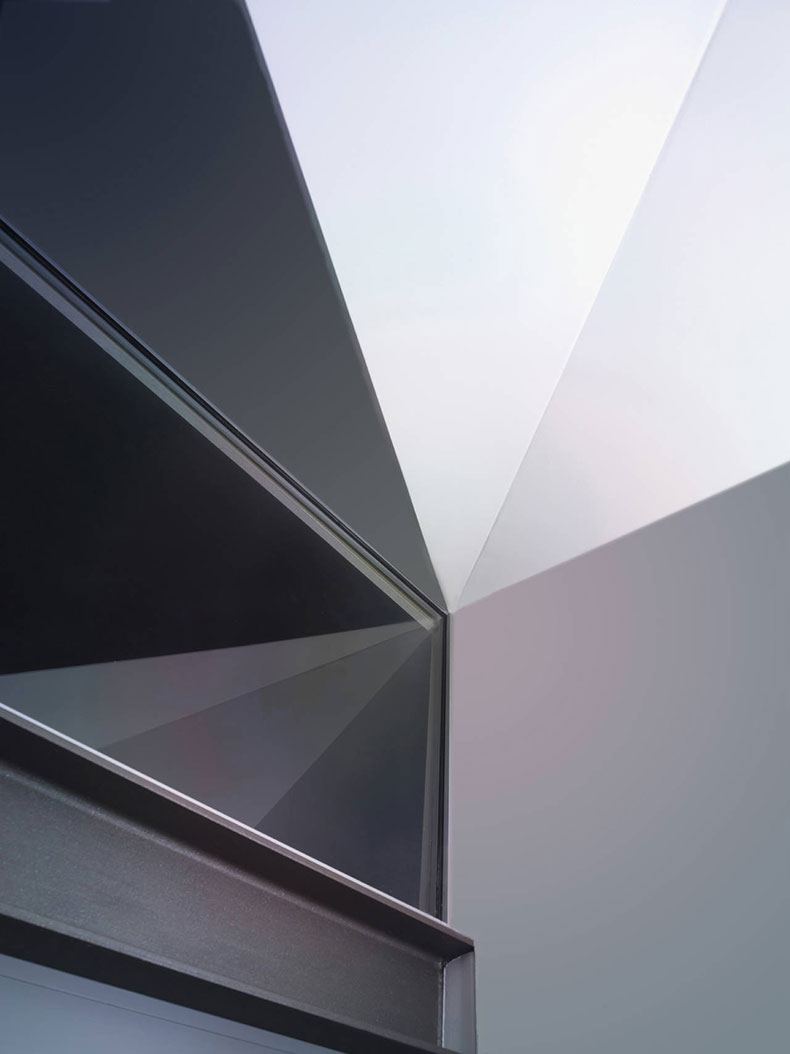 Unifying the Layers of History

The use of these codes help to create a unified home that maintains the layers of aging and patina that makes older homes feel unique and full of character. The use of rules allows the modern interventions to wrap around the existing heritage fabric, making the new works feel less severe and allowing the history of the site to shine through. 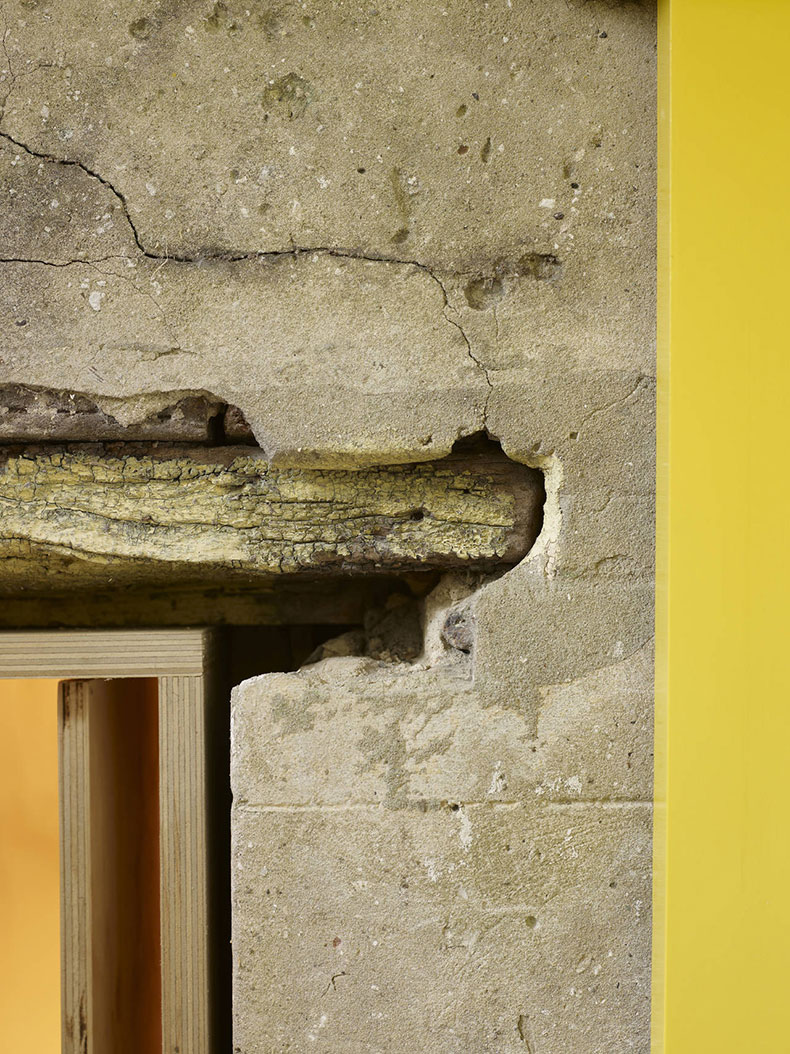 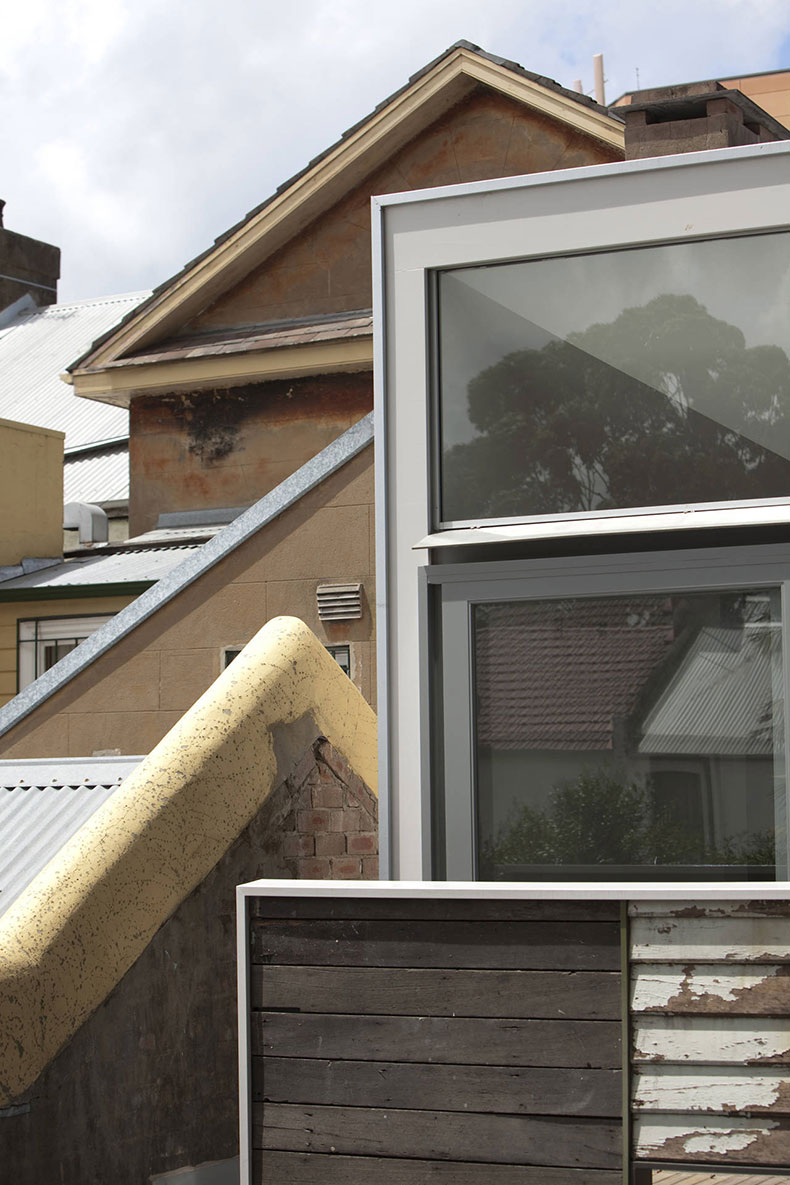 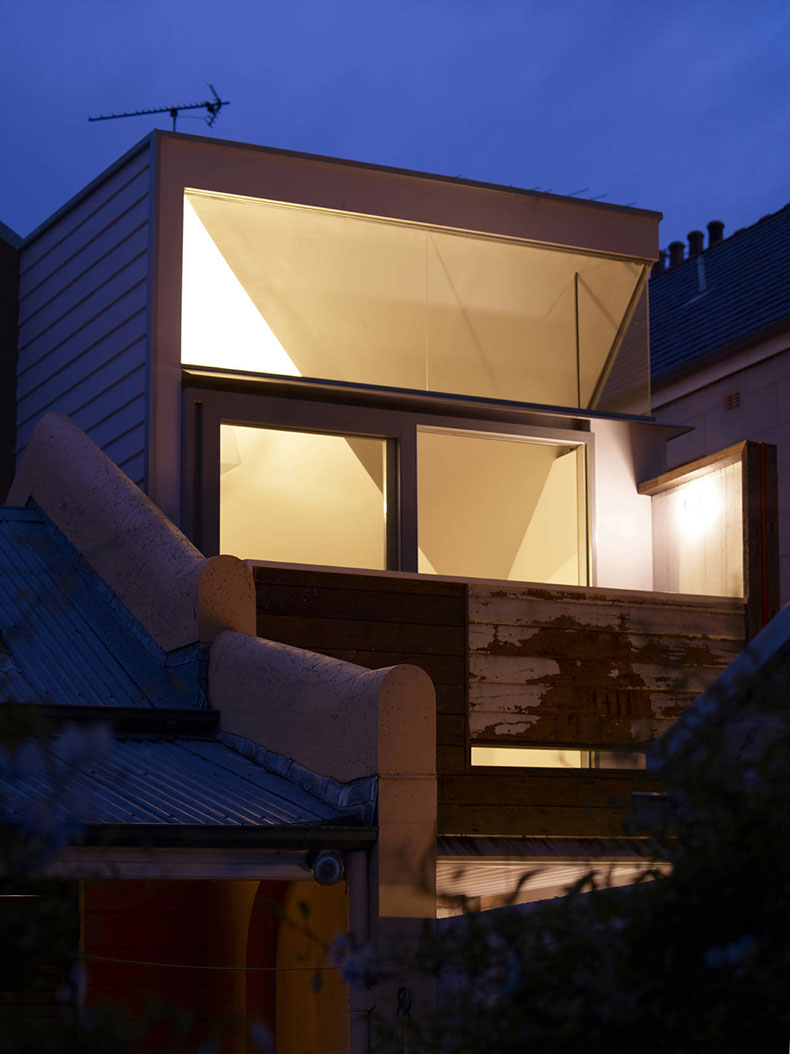 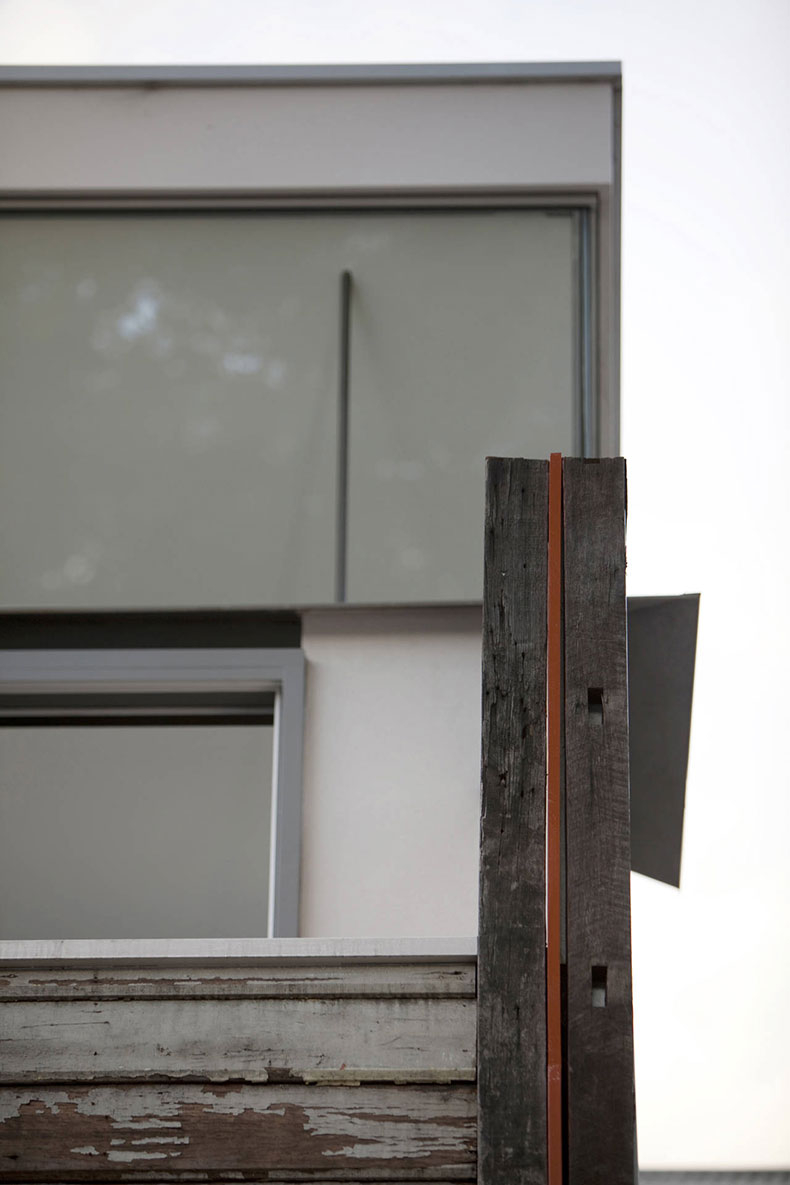 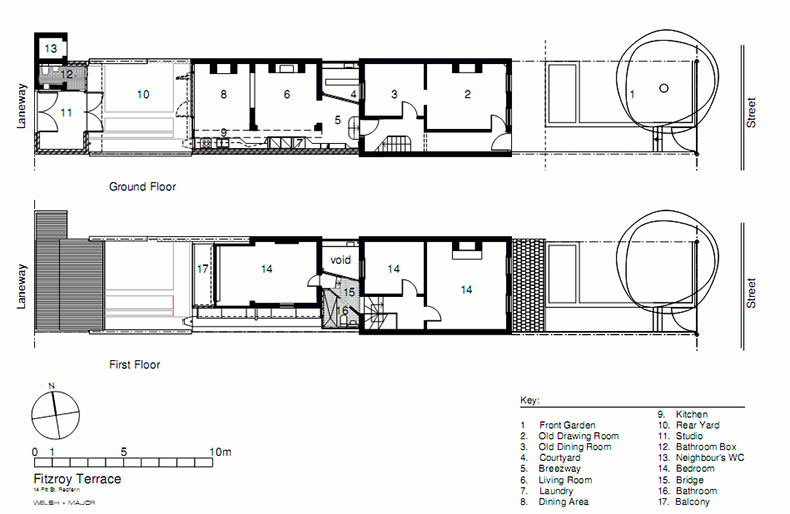 Respect for the Past

Fitzroy Terrace has 170 years of history — admittedly not long compared to buildings in Asia and Europe, but significant by Australian standards. Rather than demolishing these layers of additions and extensions that have taken place over the years, Welsh and Major Architects have taken the unique (and brave) step of working with what they have.

The result, is a home that provides for modern living, without whitewashing what was there. The house is character-filled. Remnants of the past are everywhere — adding visual interest and character to the home. When you’re 170 years old, it just doesn’t make sense to try to look young again. Embrace those wrinkles!