The brick exterior of this Sydney house by Matthew Gribben Architecture belies its light-filled interior, which features five secluded courtyards arranged around the perimeter. 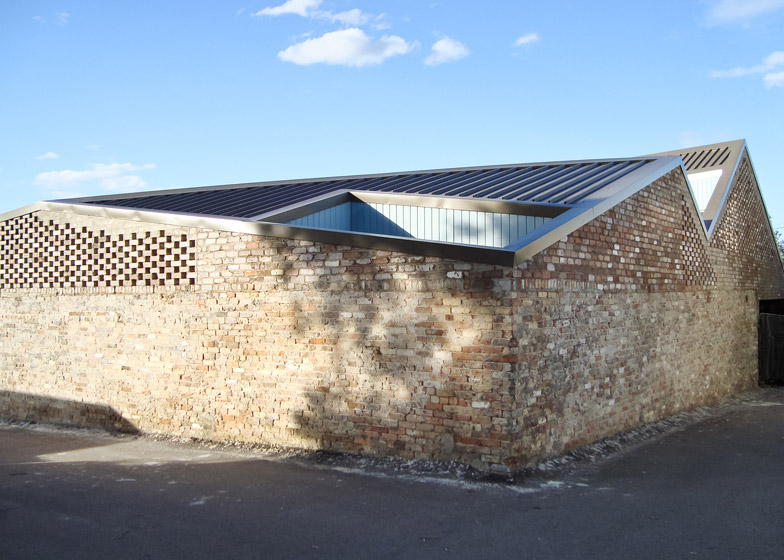 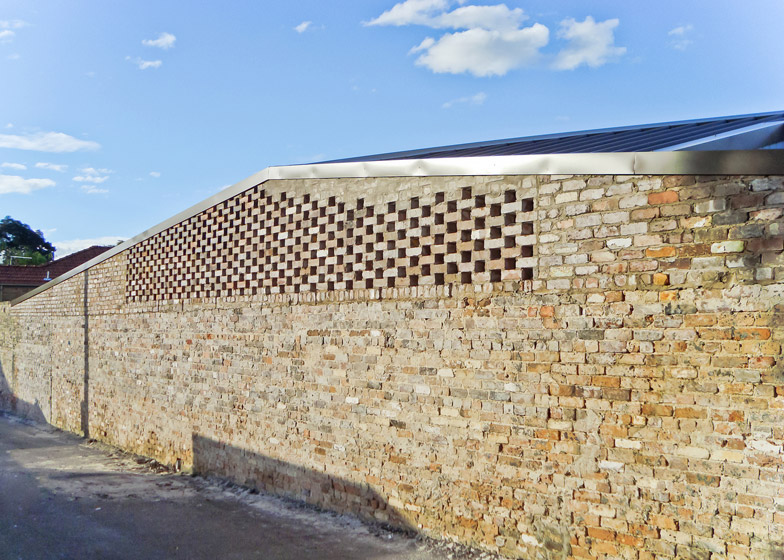 Five Courts House was designed for an older professional couple who wanted space to entertain guests and family, and light-filled areas to pursue their passion for painting and quilting. 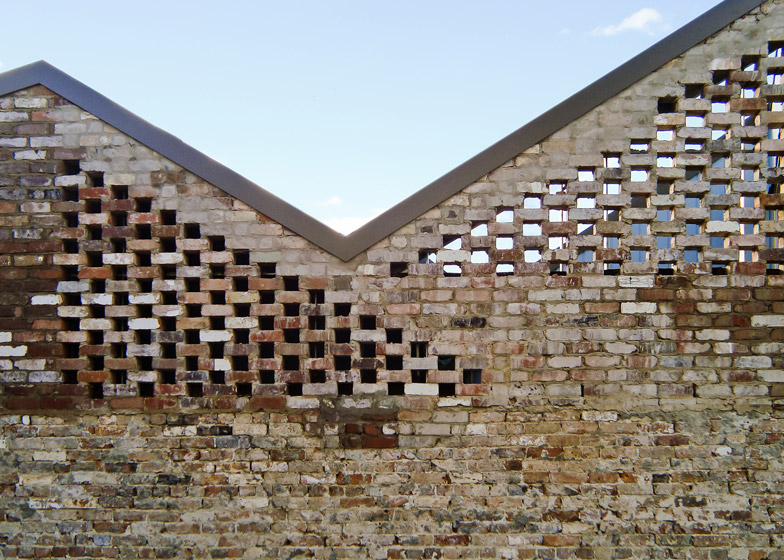 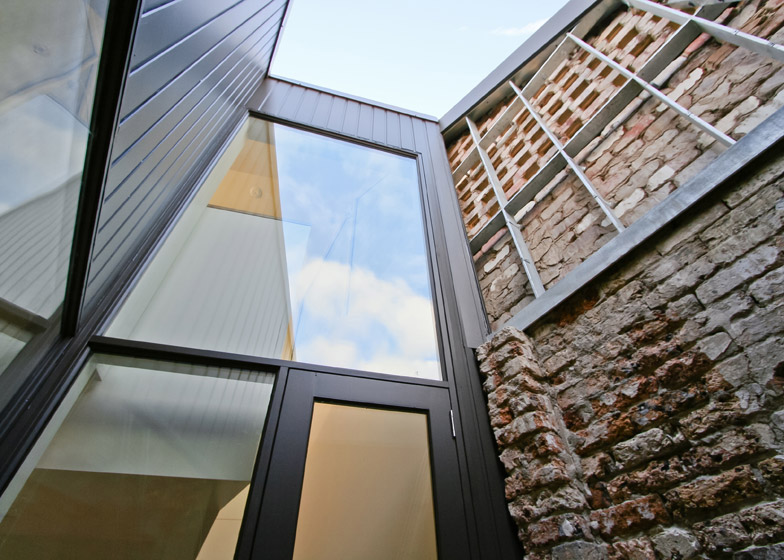 The introspective design is a response to the home's urban location, on the site of an abandoned builders' yard in inner Sydney, surrounded by a road, two lanes and nearly a dozen neighbouring properties that include multi-level apartment blocks.

"The yard had been vacant for nearly five years – a rare oasis of discarded building materials and overgrown weeds." — Matthew Gribben Architecture 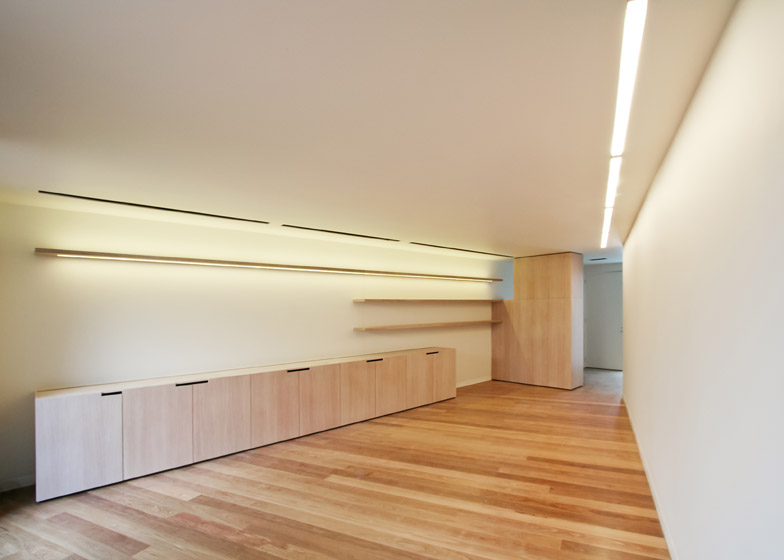 The existing brick perimeter wall of the builders' yard was retained and a level of recycled bricks was added on top, with perforated sections to provide light and ventilation inside, while still maintaining privacy. 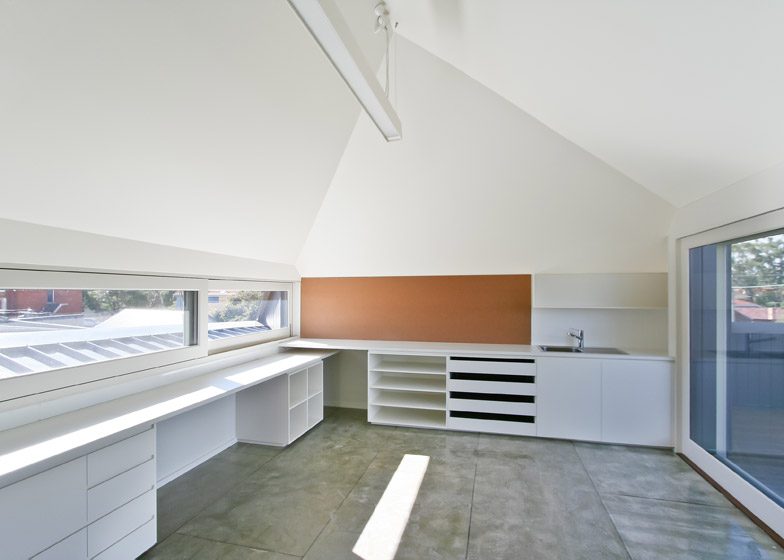 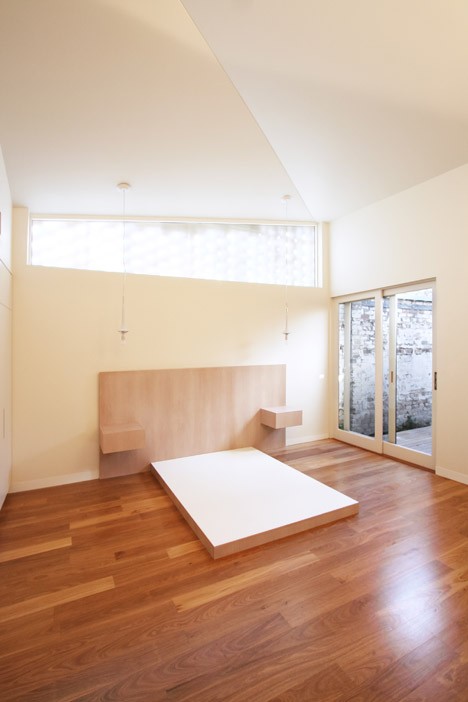 The two-storey house has an open-plan living area, dining room and kitchen on the ground floor, and three bedrooms and two bathrooms in a more private wing at the side. The living space is arranged around a large internal courtyard, which faces north to attract maximum daylight. Four smaller courtyards were added around the edges of the house, to provide the bedrooms, bathrooms and stairwell with secluded outdoor spaces and shafts of light.

"The abundance of natural light from the courtyards, coupled with the textured and kinetic shadows of light passing through the open-course brickwork, connects the inhabitants closely with the natural rhythms of daily life"

The top floor has an art studio, and opens on to a roof terrace that offers a rare view outside. 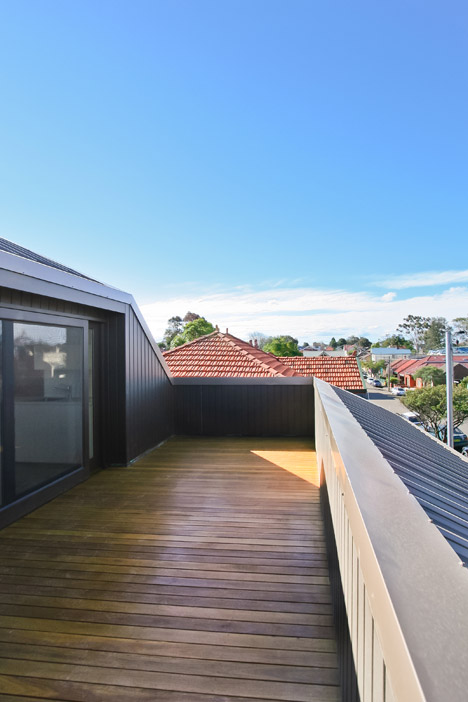 The roof was designed to echo the light-industrial character of the area, with a multi-gabled shape in powder-coated steel, which was chosen for its durability and its ability to be moulded around the structure's complex geometry.

Tallowood – a native Australian timber – was chosen for the flooring on the ground floor because it can be used inside and outside.

"Allowing the same species of timber to be used in both the interior and the exterior further reinforced the fluid connection between the courtyards and the rooms inside."

Fibre-cement flooring was used in the art studio upstairs "to avoid angst over paint splatter," The architects also built customised furniture for some rooms, including a long media cabinet in the living room and a bed base with integrated tables for the master bedroom.

"We designed the custom joinery so that the spaces with unusual geometry could be used as planned, with comfort."