Hip & Gable House: When the Roof is More than Just a Roof

This Kew home by Architecture Architecture had the standard requirements of an inner-city addition - new bedrooms and open-plan living areas. But Architecture Architecture's response is playful and sensitive to the original Californian Bungalow. At Hip & Gable House the traditional role of the roof is reinterpreted so that this roof does more than just shade and shed water... 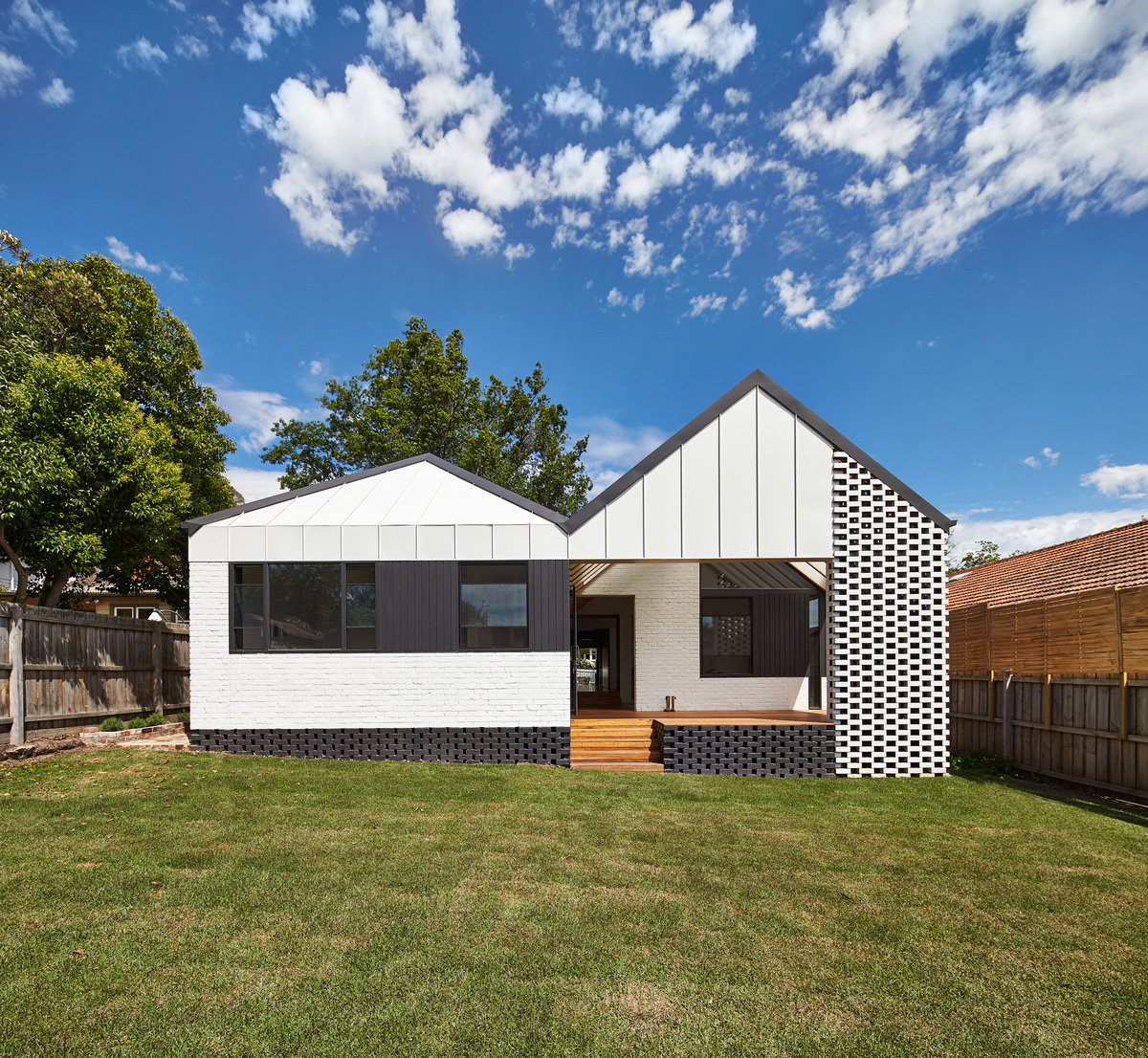 "Sensitive heritage requirements demanded a considered approach to material selection and composition. In response, our design references key elements of the Californian Bungalow, reinterpreting them in a contemporary manner." - Architecture Architecture 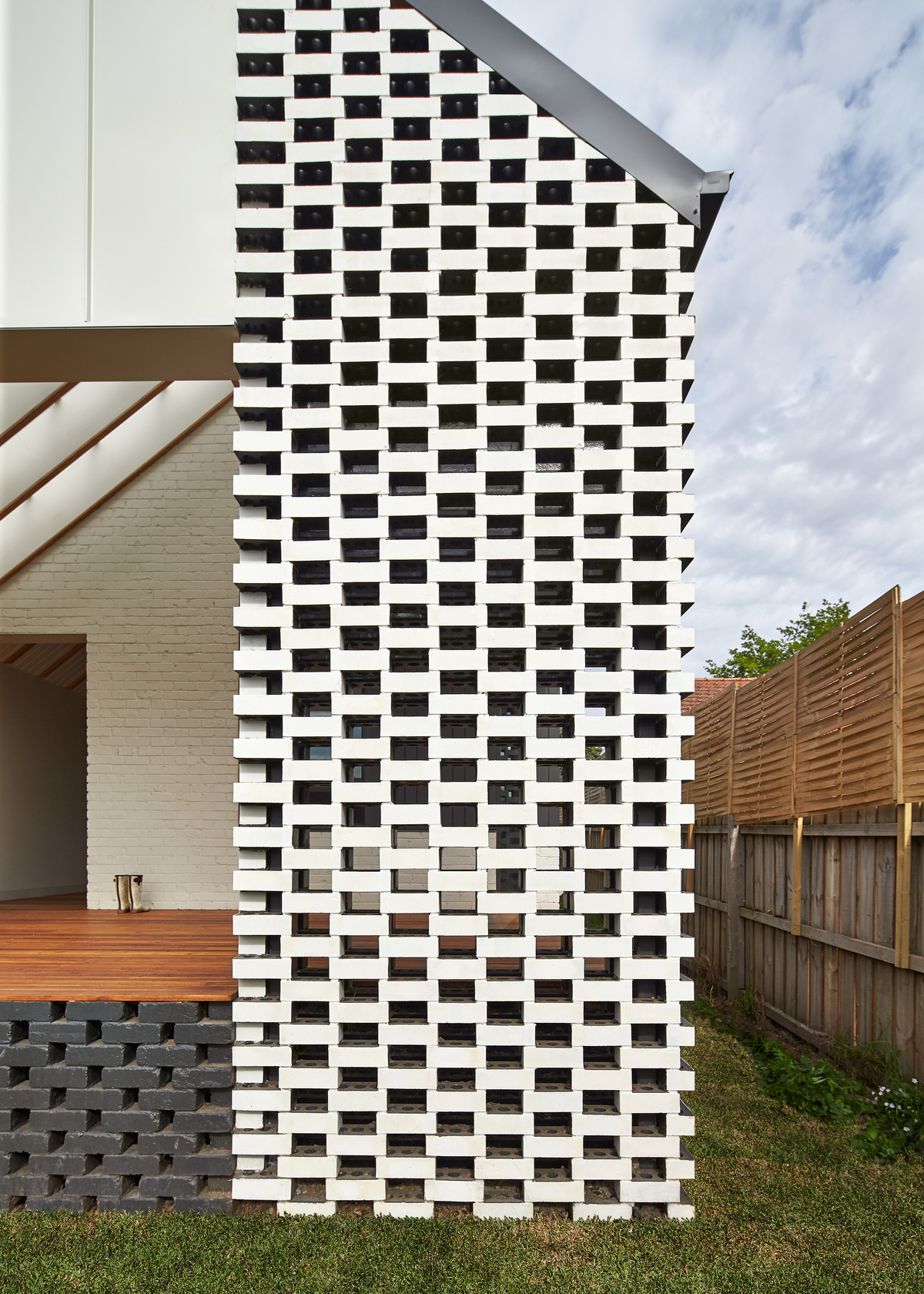 Architecture Architecture studied the original home, with its darkened plinth, brick chimney stacks and ribbed gables and found ways to reinterpret these qualities in the new addition. 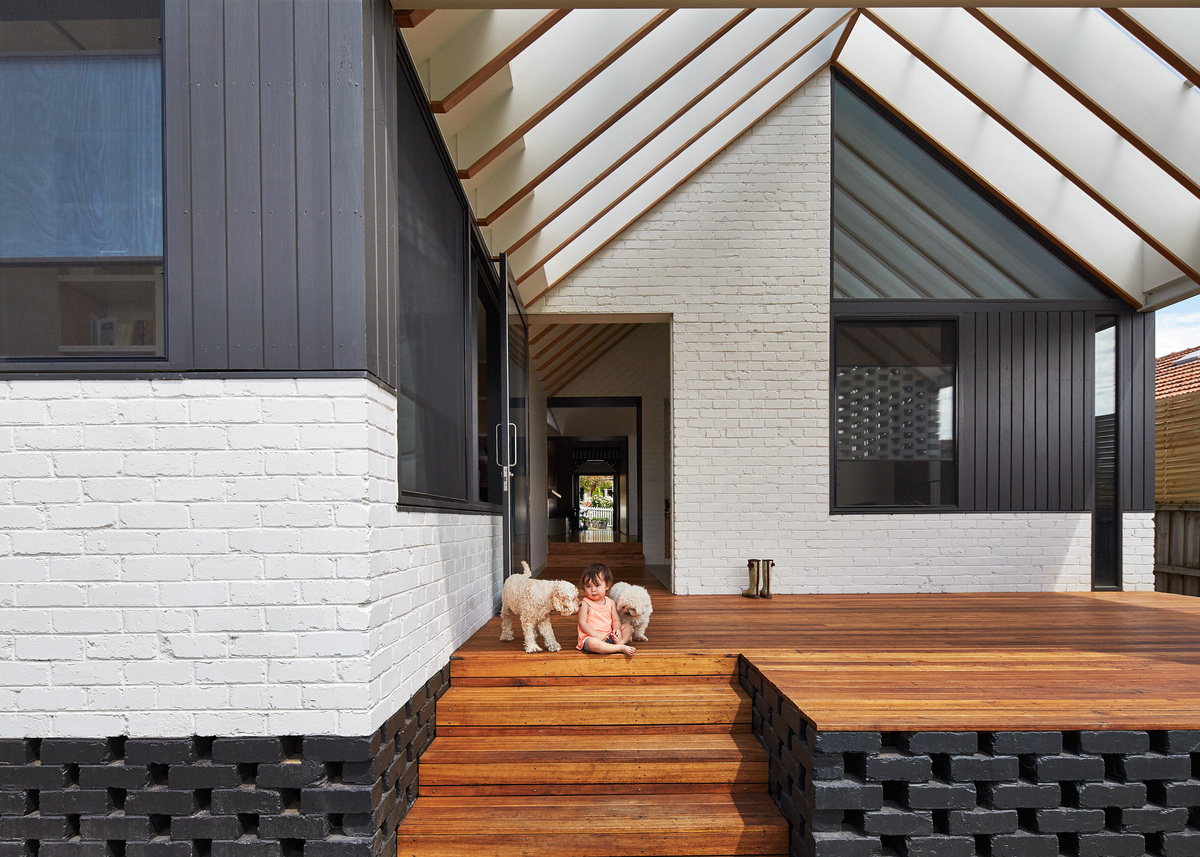 The rear addition therefore becomes a modern play on the old. White painted bricks sit on a dark brick plinth, the bricks of the plinth teased apart for ventilation. Similarly, a perforated white brick 'stack' is used to semi-enclose the outdoor deck, giving it just the right about of protection and enclosure. 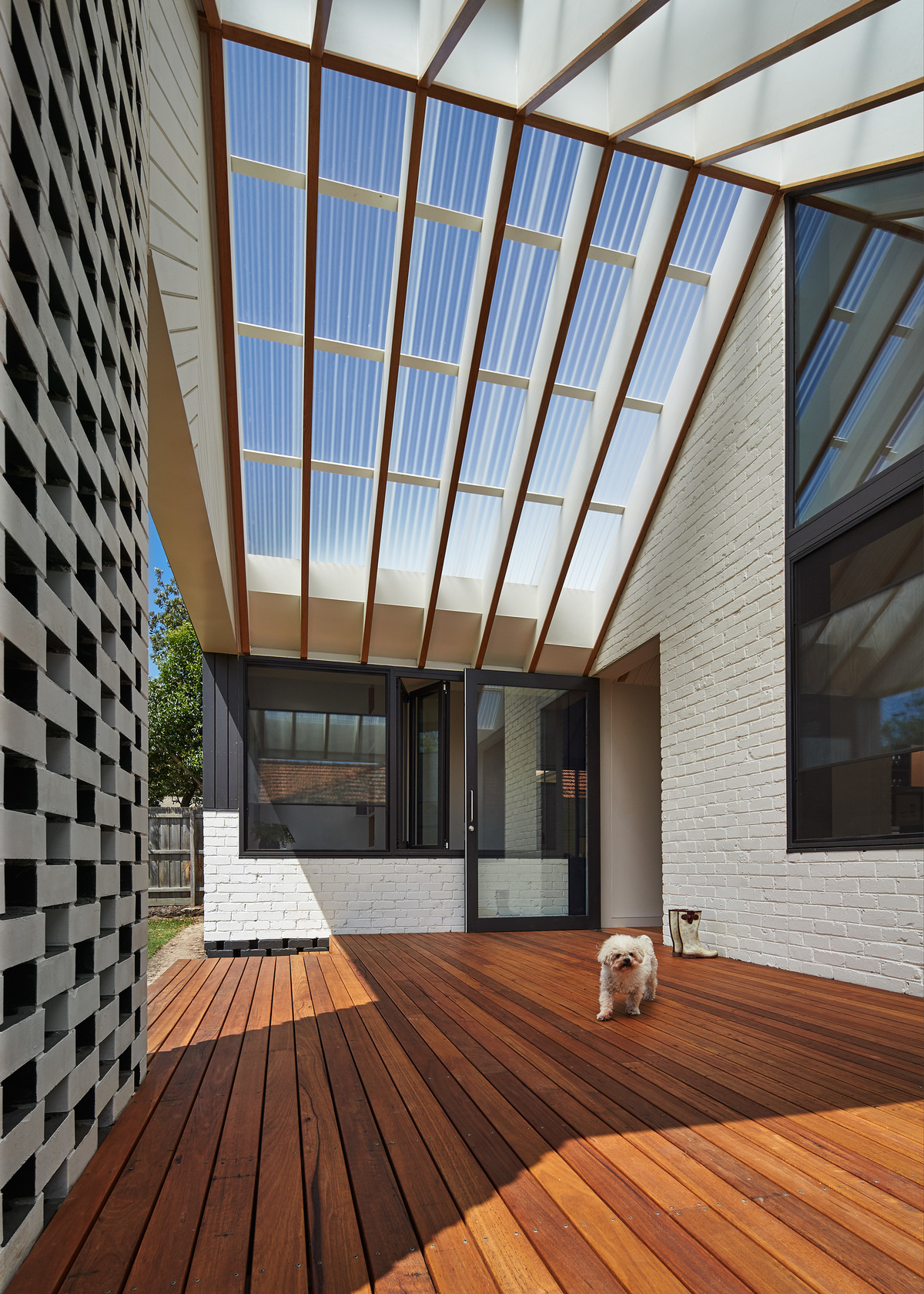 But the roof is where the magic happens. Continuing the traditional form of a roof, the architects have created two versions - a hip and a gable - based on the needs and functions of the rooms below. 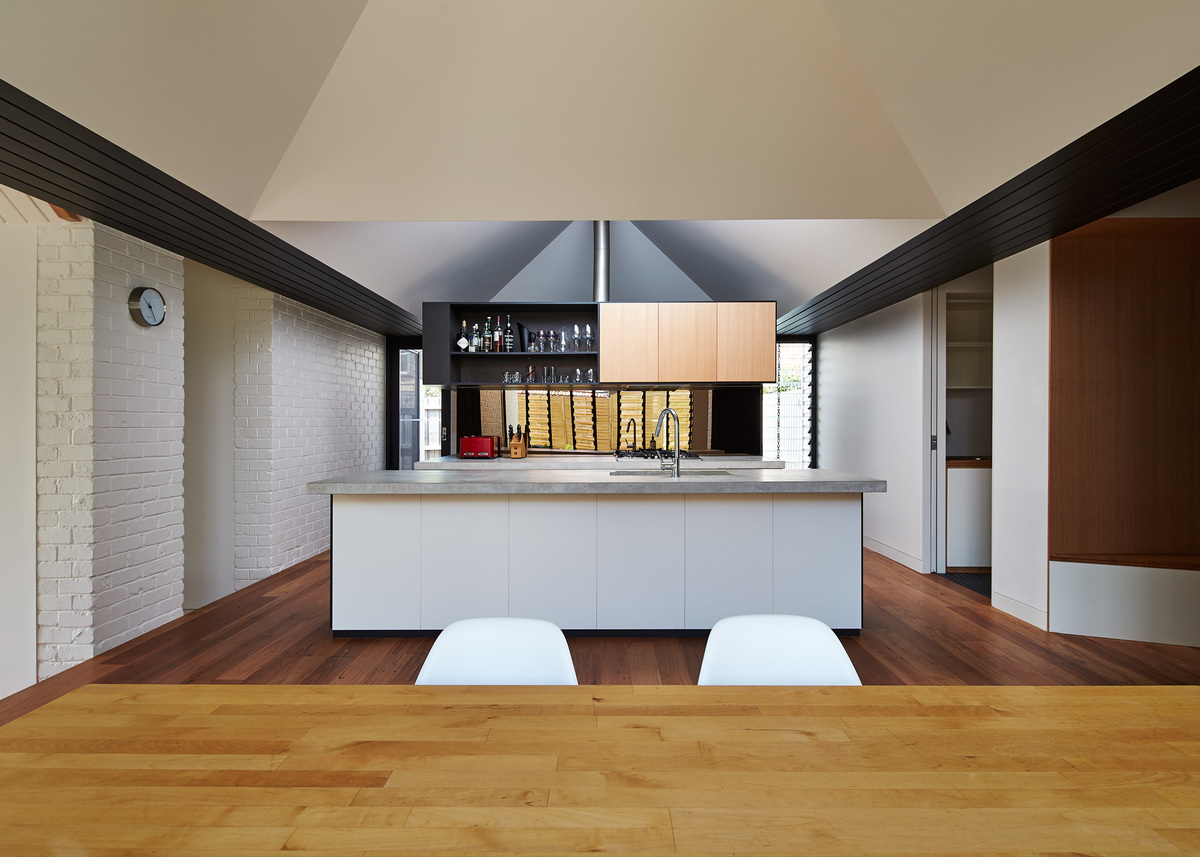 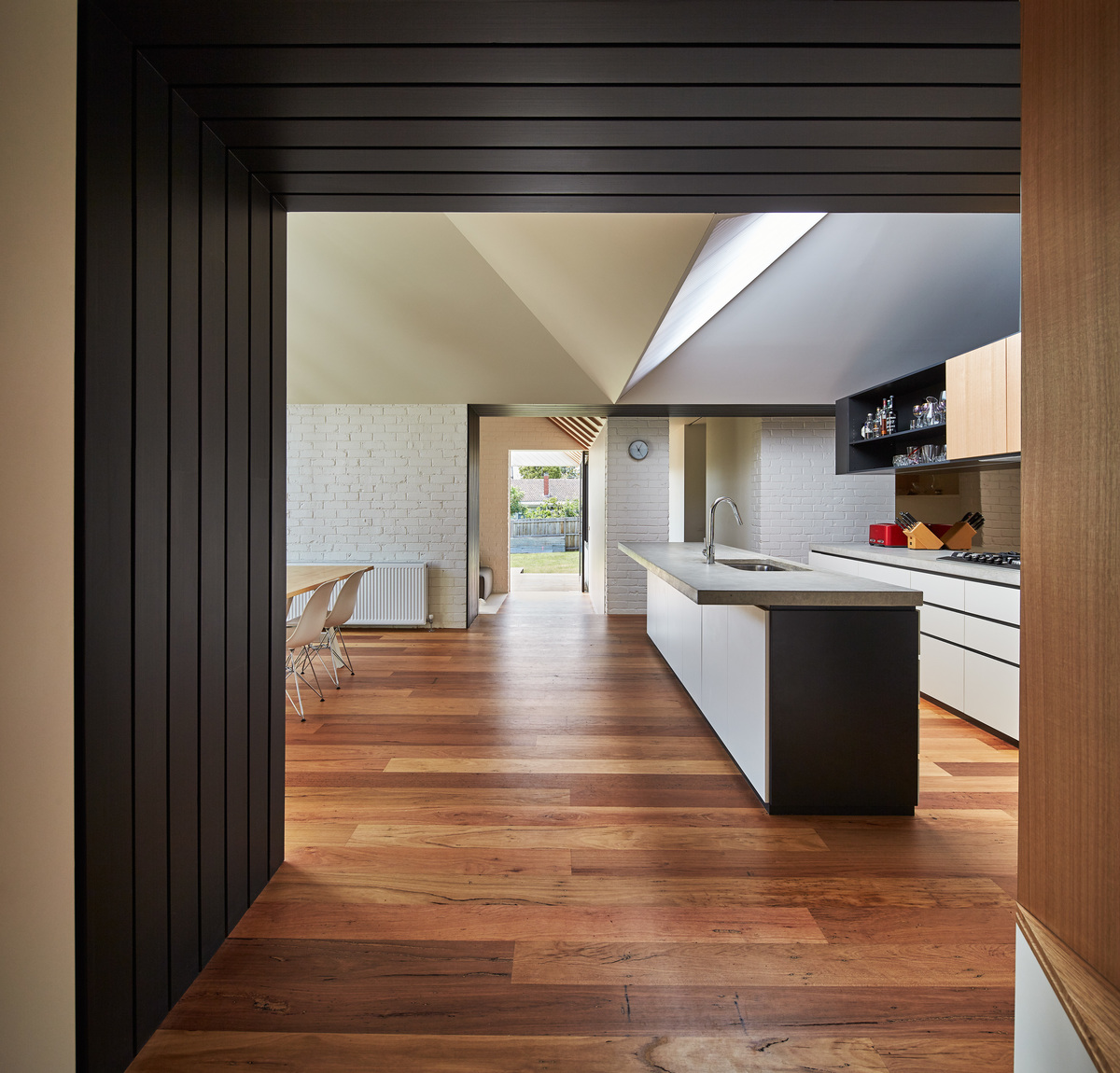 A dramatic gable soars over the deck and more formal living areas, the ceilings internally match the pitch of the roof to give these spaces the volume they deserve as key living areas. A more relaxed, low-slung hip covers the bedroom wing. Sections of the roof have even been covered with translucent polycarbonate to let light deep into the home. The hip and gable of the roof uses COLORBOND® steel a material that easily transitions between roof and wall - or, in this case, both hip and gable. 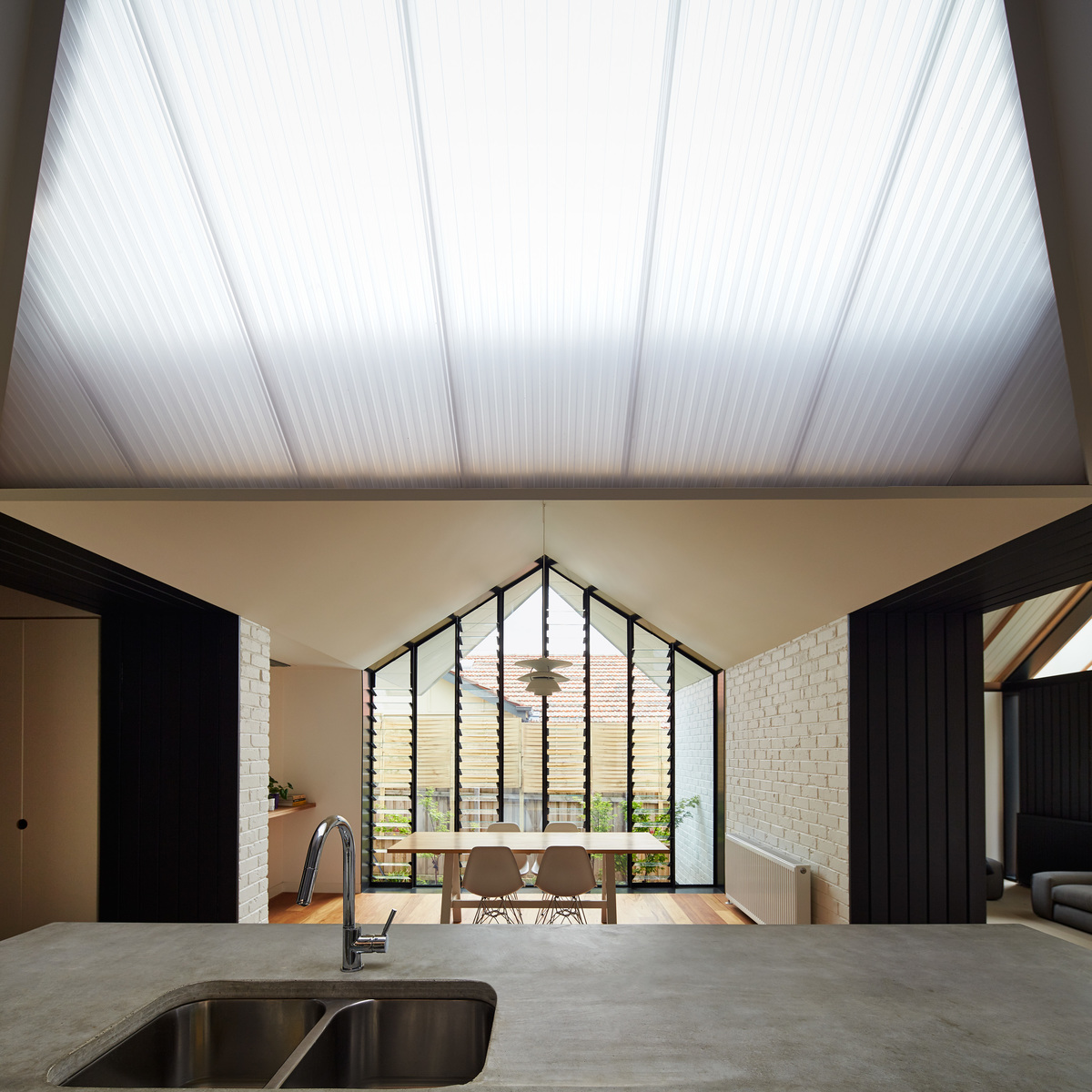 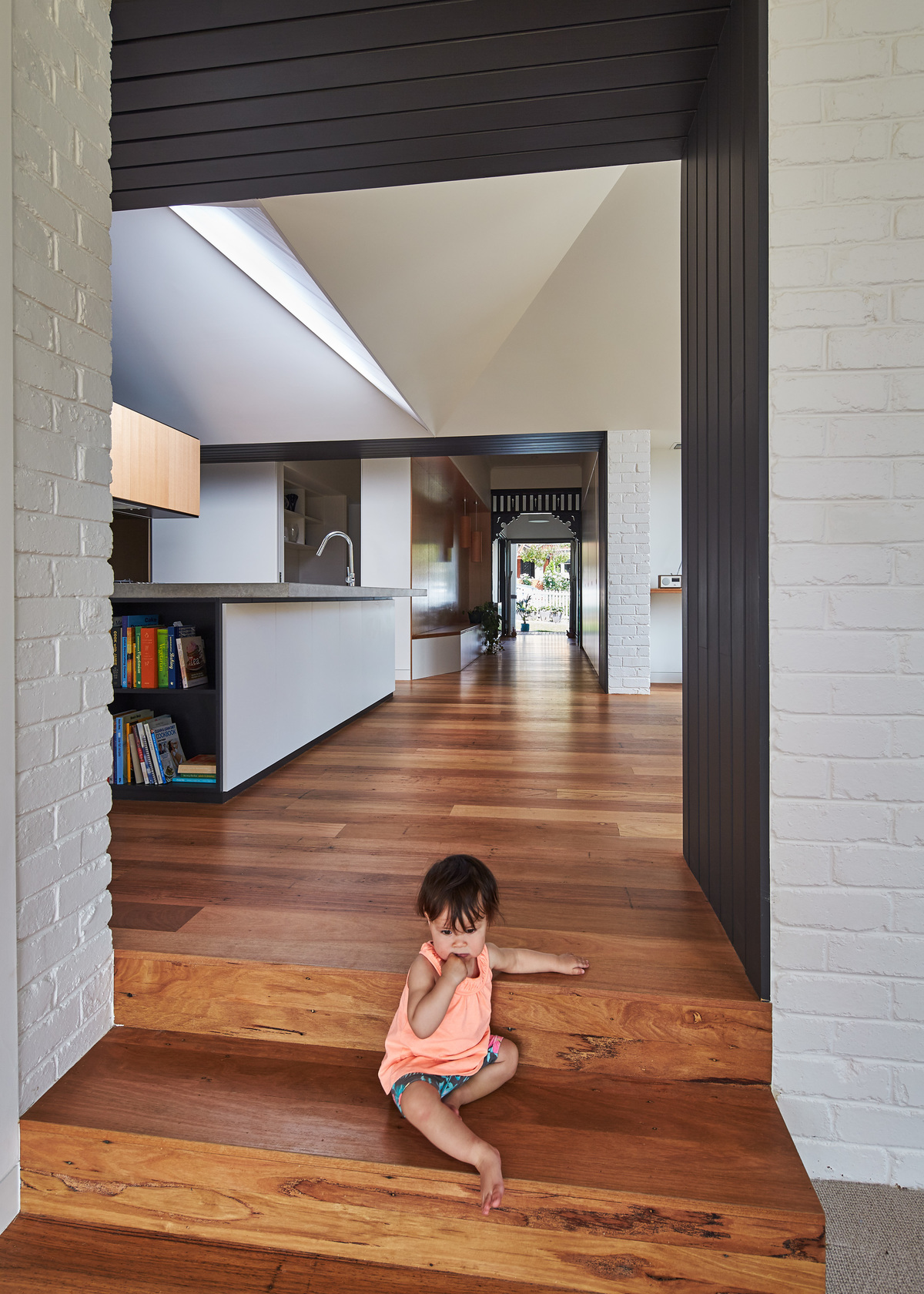 "Moving through the house, sunlight reflects about every corner, drawing visitors down the terraced steps of the living spaces and into the heart of the house where garden views and an enormous eucalyptus tree eventually reveal themselves." - Architecture Architecture 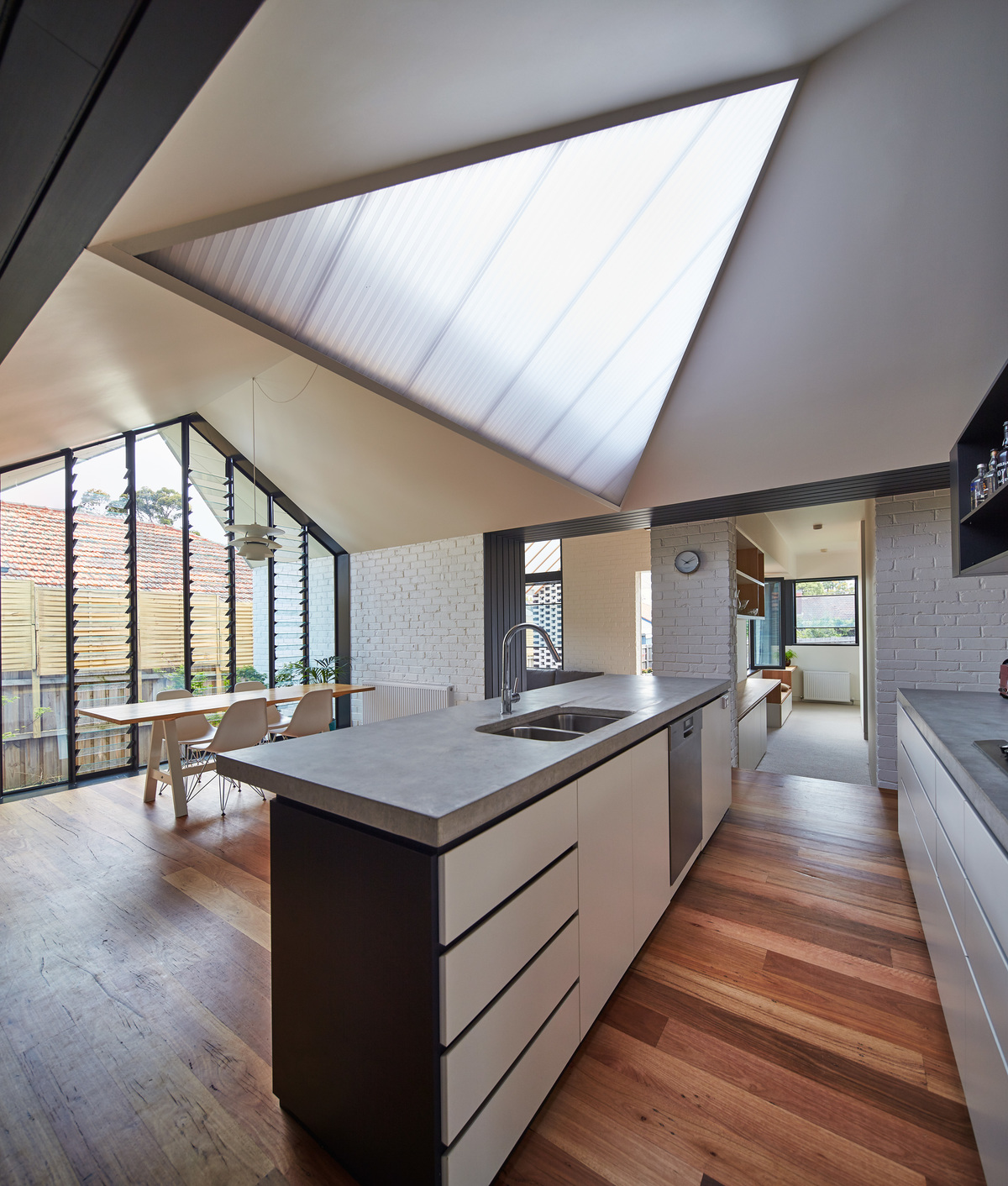 Architecture Architecture's clever response to heritage has created a home that is modern without losing its connection to the original home that the owners love. With its reinterpretation of traditional elements it improves on tradition, bringing light and a sense of space into the interior, and creating a casual, functional and, importantly, fun space.

Tell us what you love about Hip & Gable House, or ask questions in the comments below...