House for Five is a family home for an architect, writer and their three young children. It is located in a leafy inner-city heritage neighbourhood in Auckland where new houses are controlled by strict planning controls. 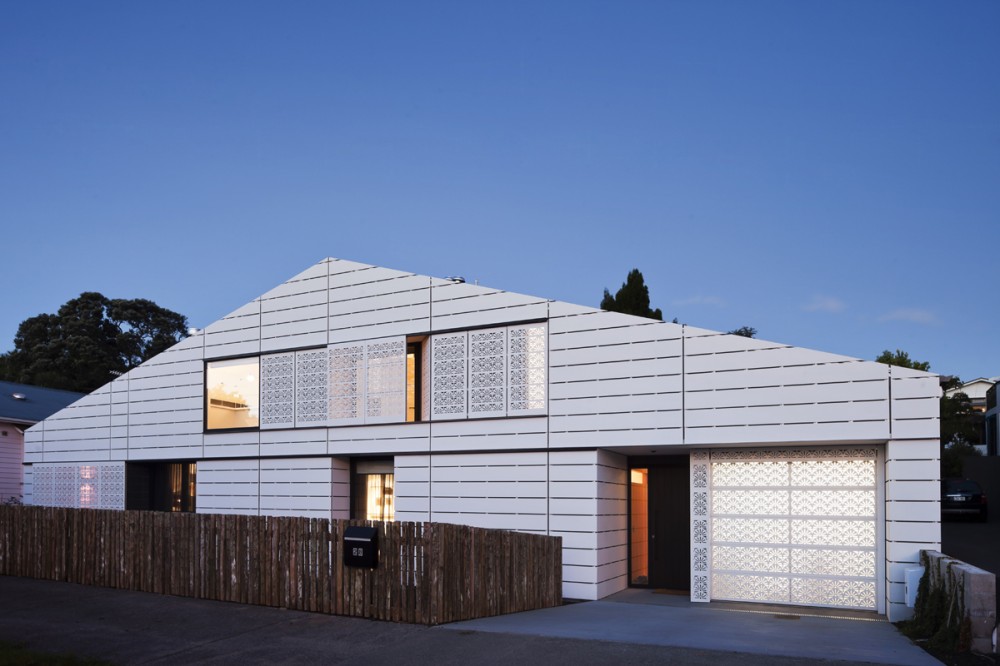 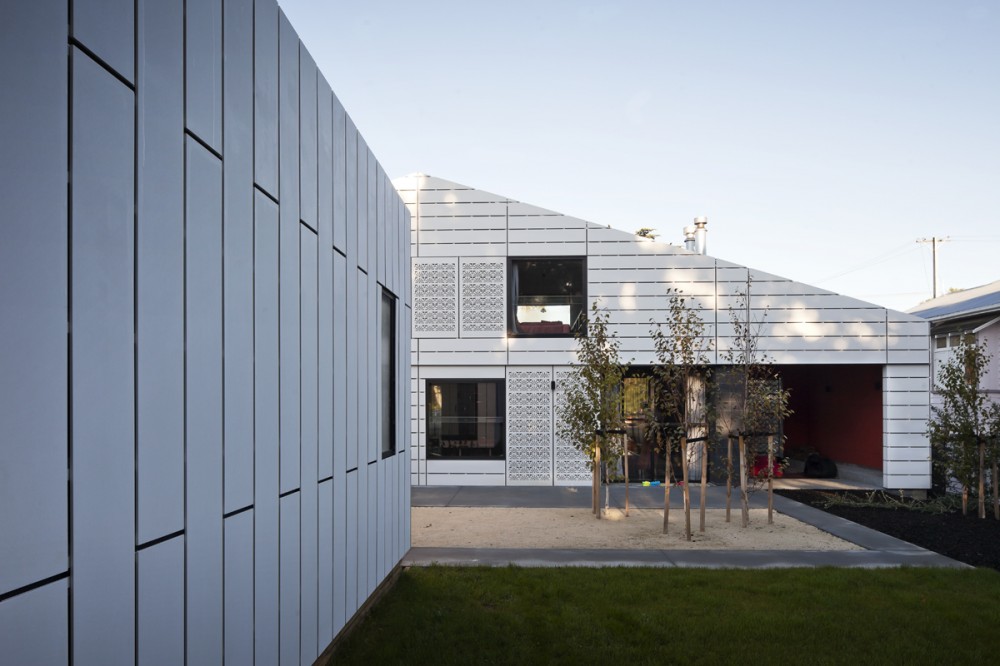 Interpretation Rather than Mimicry

Neighbouring houses are a combination of 90-110 year old wooden bungalows and villas originating from colonial England. The architects used the same gabled roof form and an ornate pattern to reference the neighbours without copying them directly. As tempting as it can be to build a replica of the era's style, you always end up creating a home that looks creepily pristine for its age and never quite feels right. Instead the home is a modern interpretation of the styles its surrounded by. 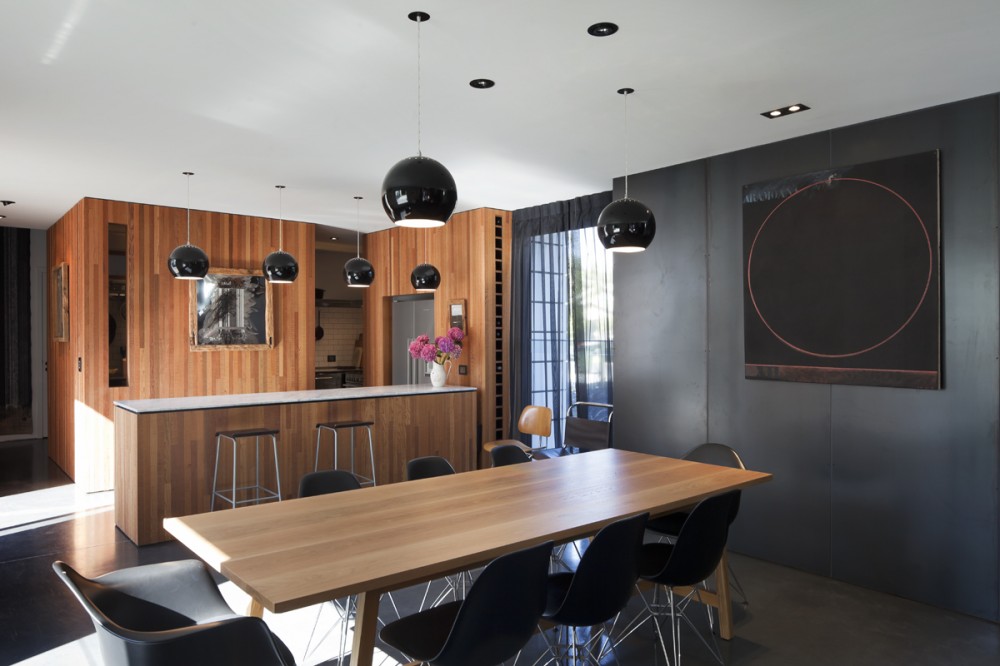 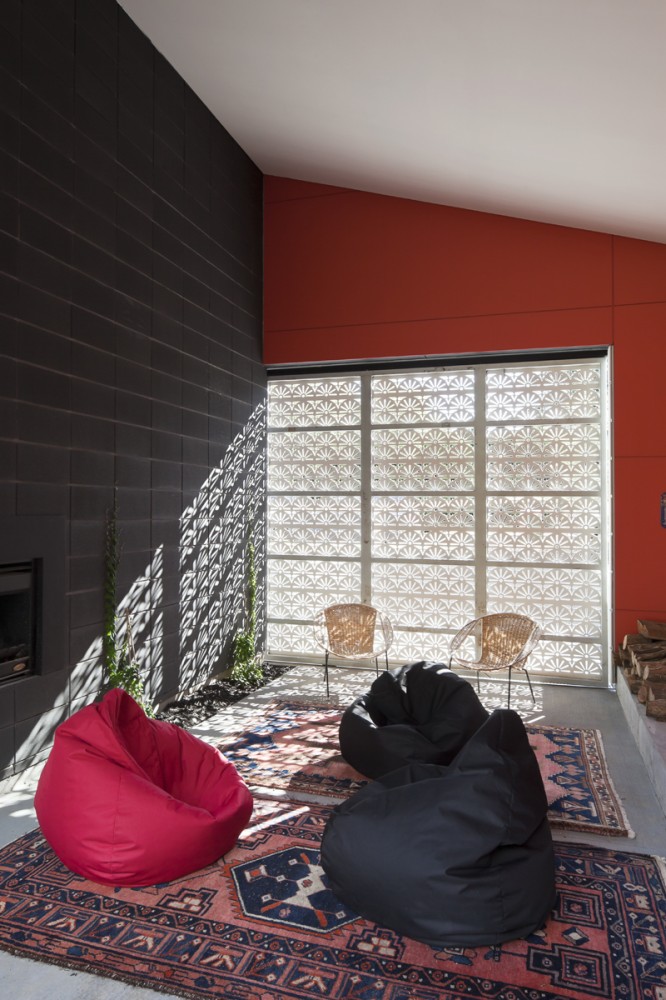 The house is clad in a rain screen of white cement panels with a combination of fixed and mobile screens – some of them shading the western sun from living and sleeping spaces as well as providing privacy from the street. The pattern of the screens has been abstracted from the Victorian fretwork decoration of villas in area. 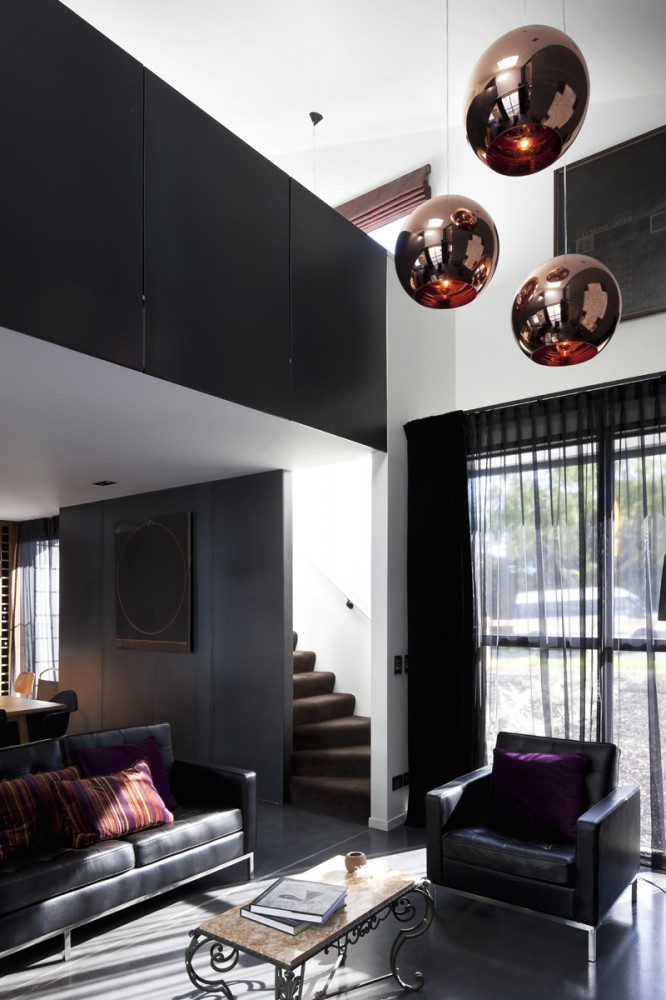 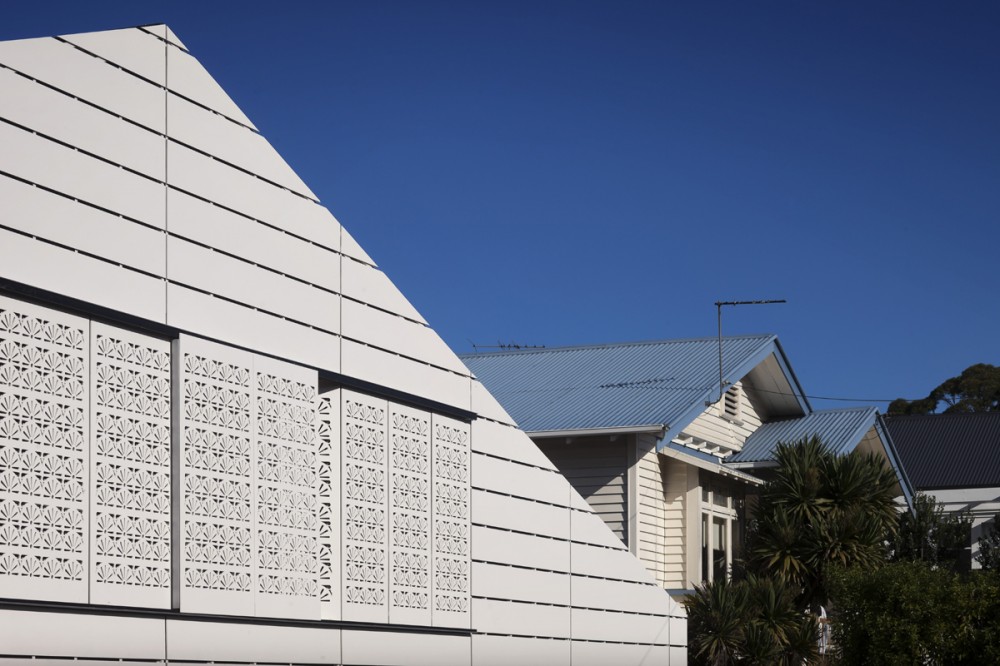 Fitting into the Neighbourhood

The house is positioned close the street so it shares the same setback as its neighbours — in particular its immediate neighbours. The plan wraps a courtyard opening to the northern aspect of large native trees pre-dating the historic houses. This allows the main living spaces to be arranged parallel to the street across the width of the site terminating with an outdoor room screened to the street. 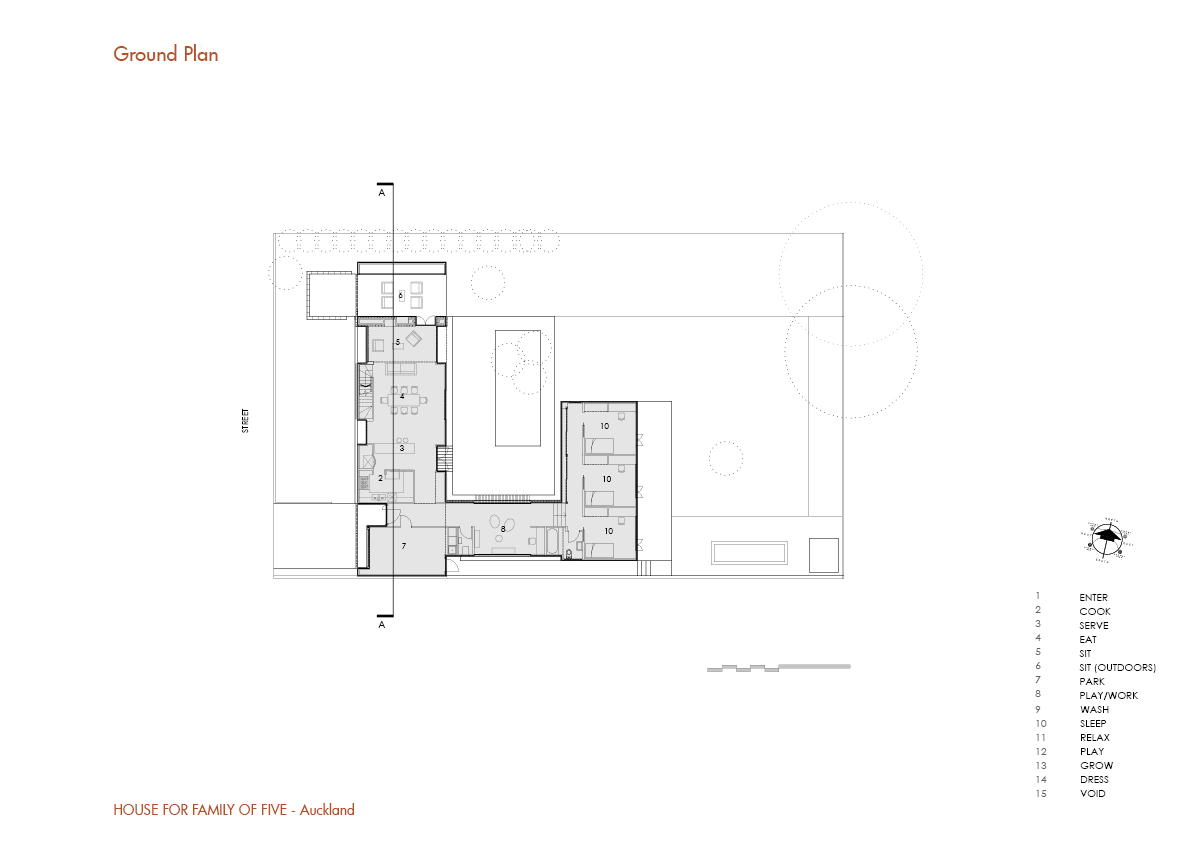 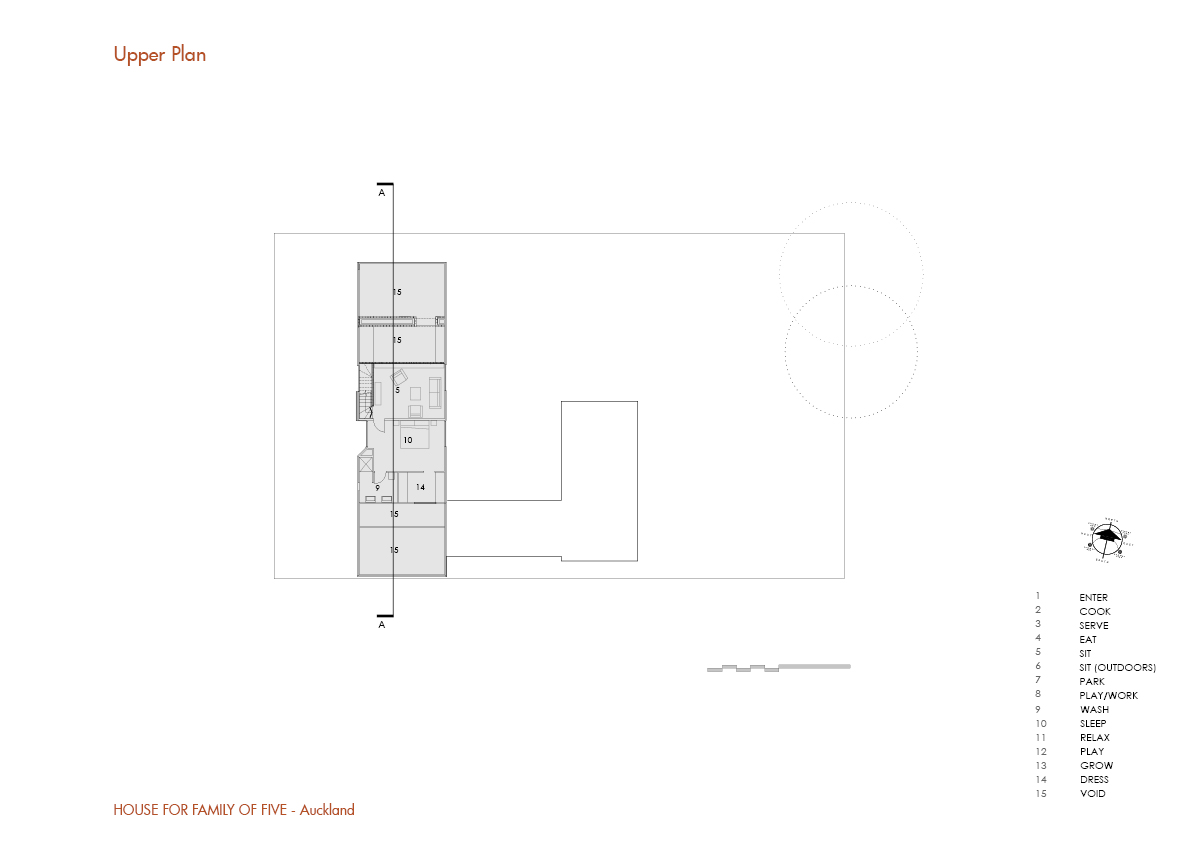 When open this space provides the only continuous vista from private garden to public park across the street. The parent sleeping and private living occupies the loft space above, while children’s bedrooms are arranged parallel to the living area on the other side of the courtyard, but connected by a flexible play/study space facing north into the courtyard. 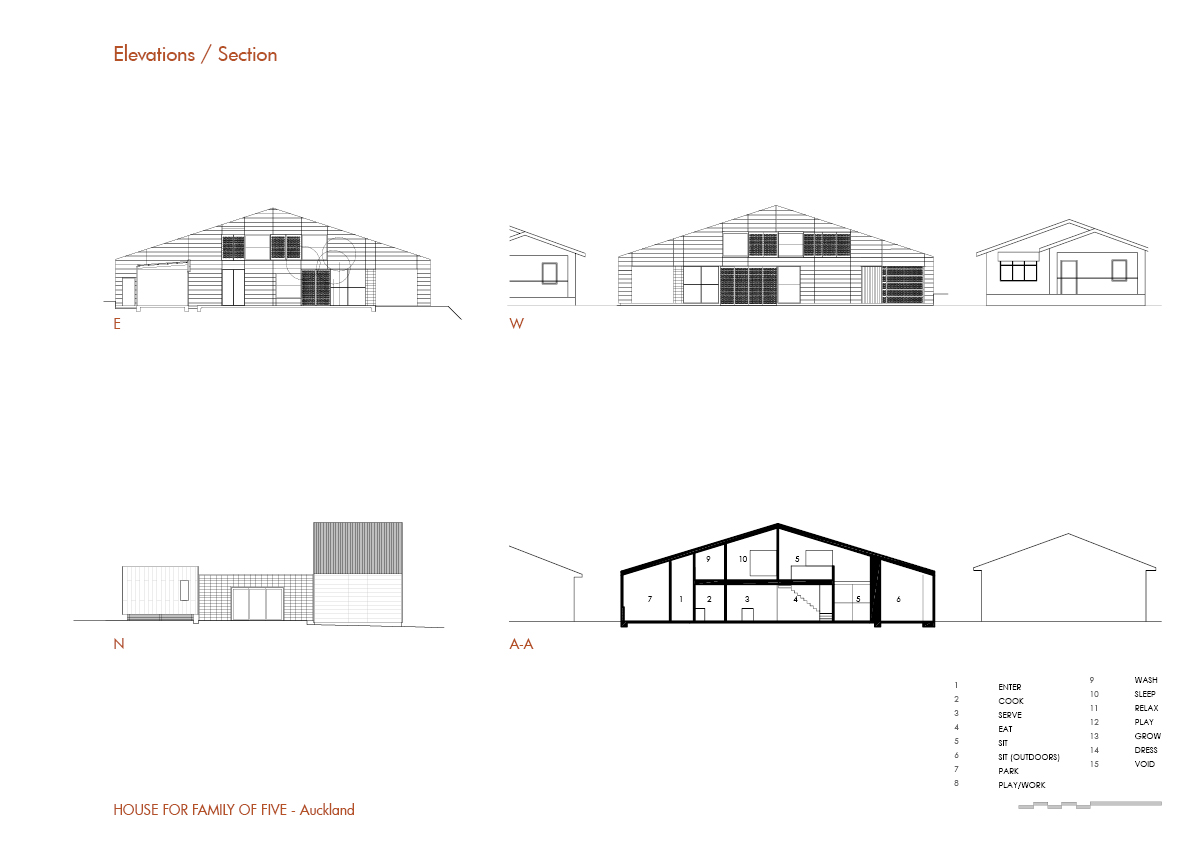