Infill housing -- homes in backyards, on rooftops and in old carparks -- is the only way that we can stem the expansion into greenfield sites on the edges of our cities and towns. We're going to have to get pretty good at infill housing, because our current rate of growth is unsustainable, wasting a huge amount of resources and placing undue strain on infrastructure like trains and highways. The Hover House by Bower Architecture was built on a disused backyard tennis court. It's an example of what can be achieved with infill housing. And if this is the future? It's pretty bright…

Introspective but not Insular

Located in Mount Martha on Victoria's Mornington Peninsula, Hover House is inconspicuous from the street, tucked away behind an existing home on a former tennis court. Bower Architecture have created a home for a retired couple to spend their twilight years. The home is necessarily introspective (to avoid overlooking neighbours), but it avoids feeling isolated or insular thanks to a generous internal courtyard. 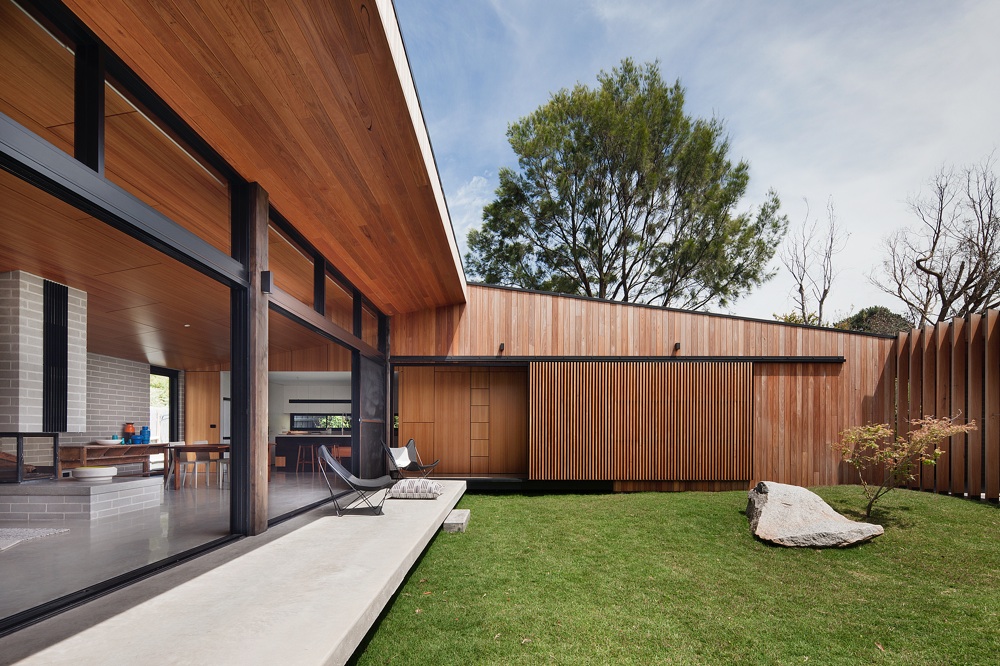 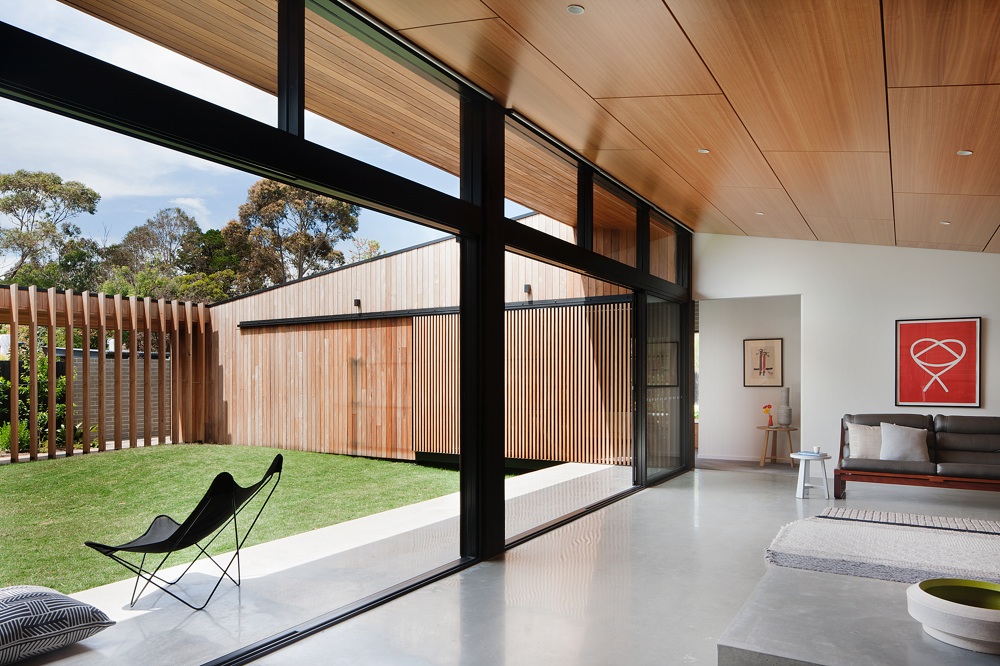 Inspiration for the design came from the owners' original home -- a rustic home which was once a farm shed. The architects carried the feeling of that home into this new build by leaving materials raw and exposed. "There’s a sense of honesty in the way concrete is expressed," says Architect Chema Bould, co-director of Bower Architecture. 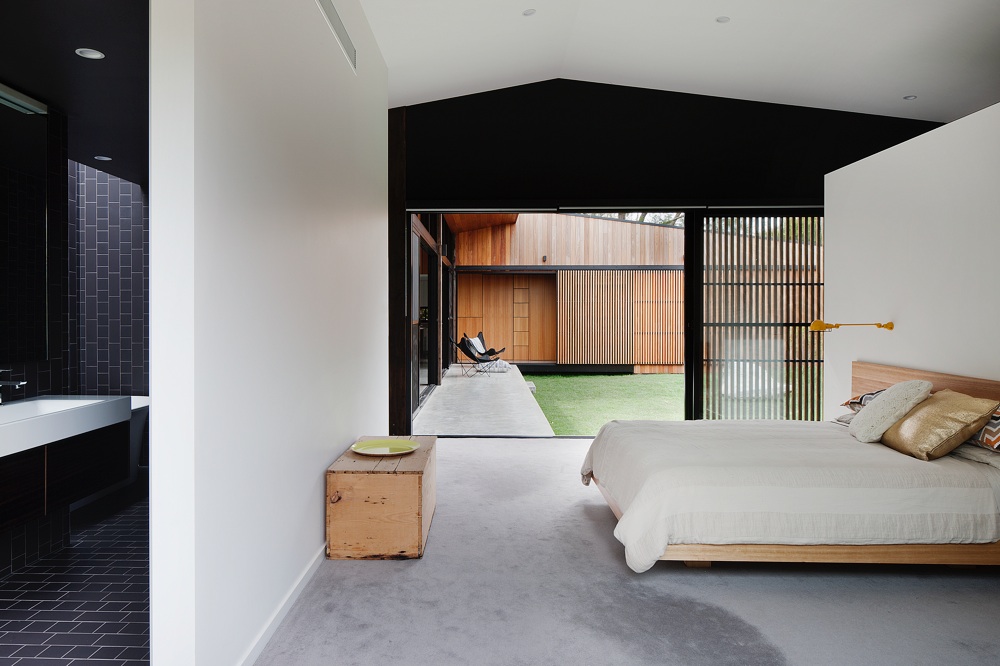 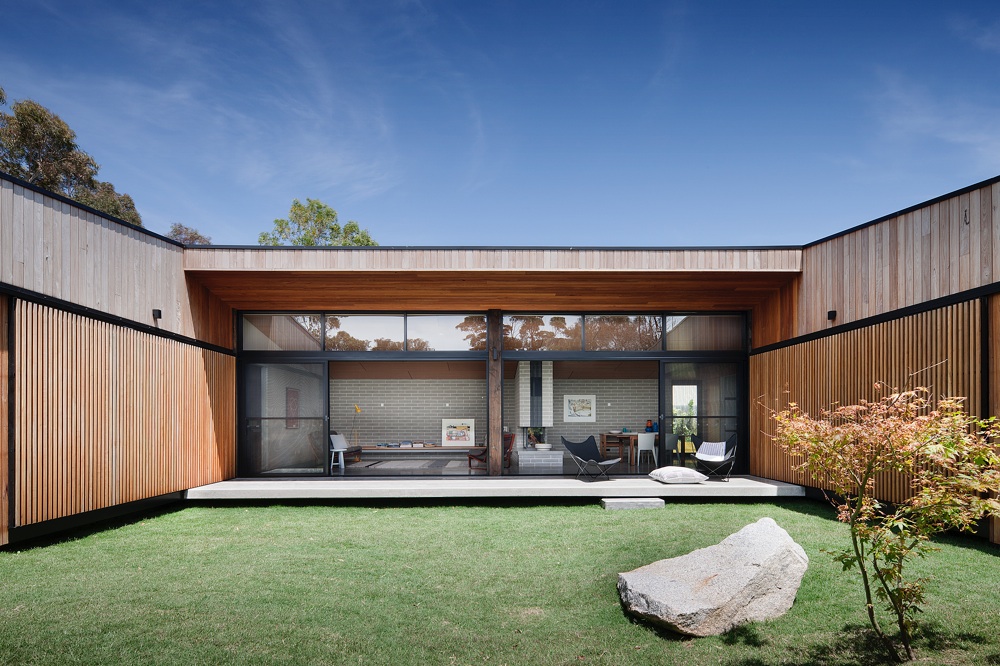 But it was very quickly decided the house needed to create its own view. Bordered on all four sides by other suburban homes (the site is, after all, a backyard) Hover House wraps around an internal courtyard to avoid focussing on the neighbouring homes. The courtyard is generously proportioned and frames views of nearby treetops to avoid the feeling of enclosure. "The idea of the courtyard was established fairly quickly, but we were also conscious of borrowing views from the broader neighbourhood" 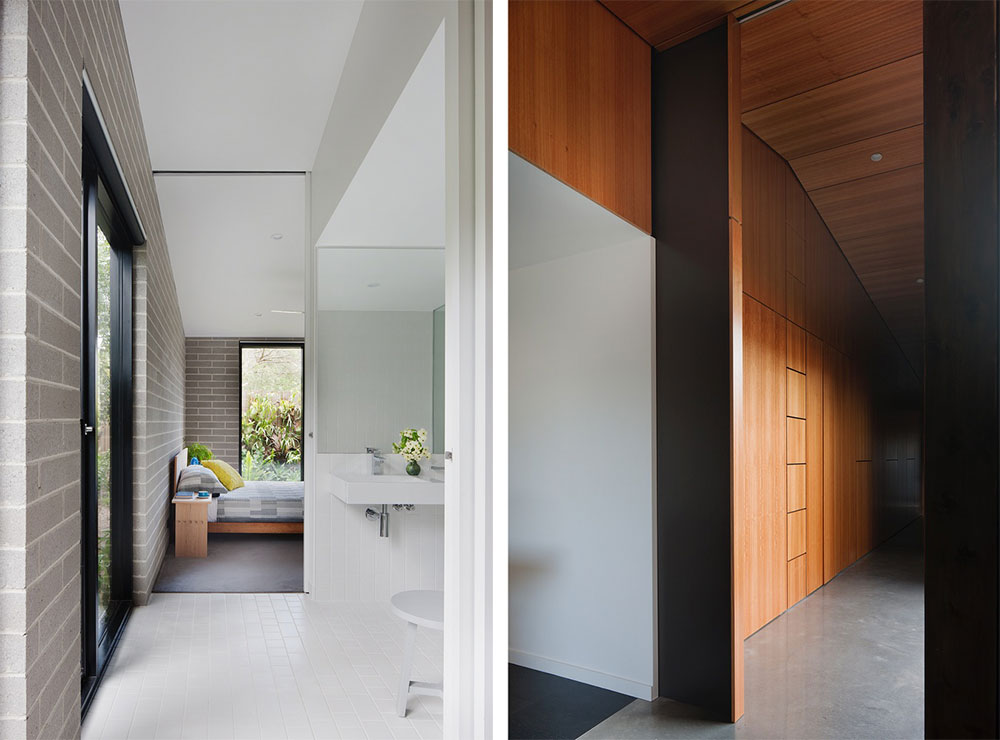 Materials in the home are solid and hardwearing for low maintenance. Externally cement sheeting is painted black to recede into the landscape, while inside exposed concrete blocks are a humble but textural choice. Timber batten screens surround the courtyard to create a flexible privacy and sun-shading solution. Large sliding glass doors allow the home to open up to the courtyard, almost doubling the footprint of the home. "The entire house can be easily opened up or closed, depending on the weather, or the situation" says Bould. 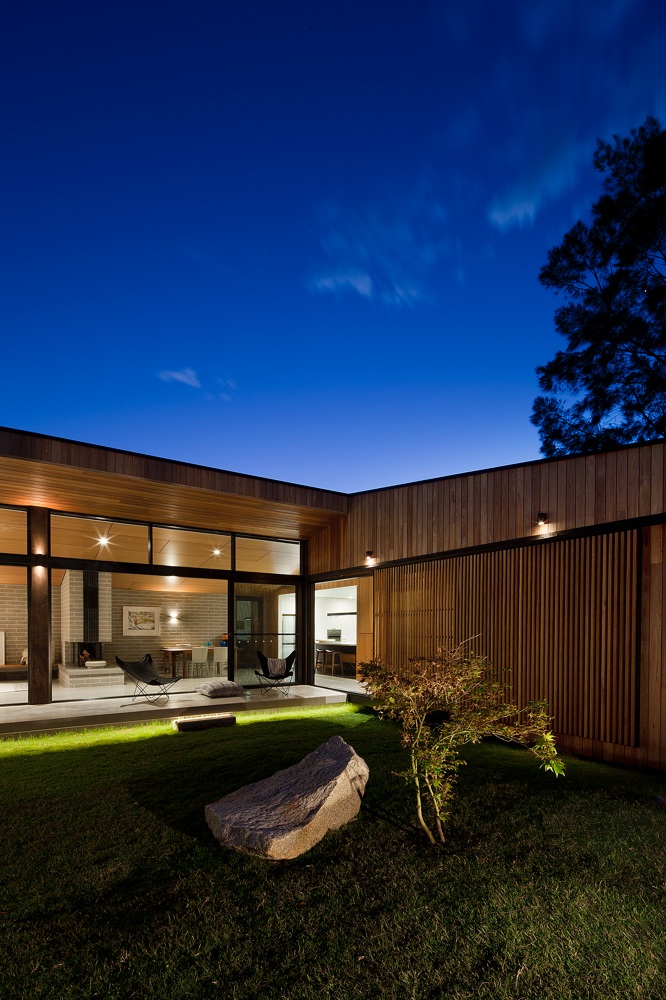 For sustainability and efficiency the house can be divided into thermal zones. When all the family visits for a special occasion, the doors to the courtyard and garage can be left open to dramatically increase the floorspace. But when it's just the two owners at home in the depths of winter, sliding doors can be closed to the guest bedroom wing to keep the living areas warmer. 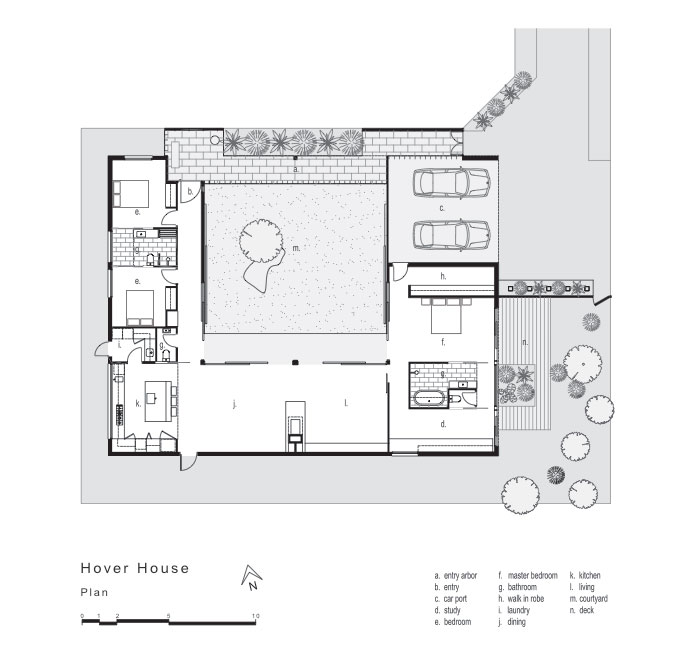 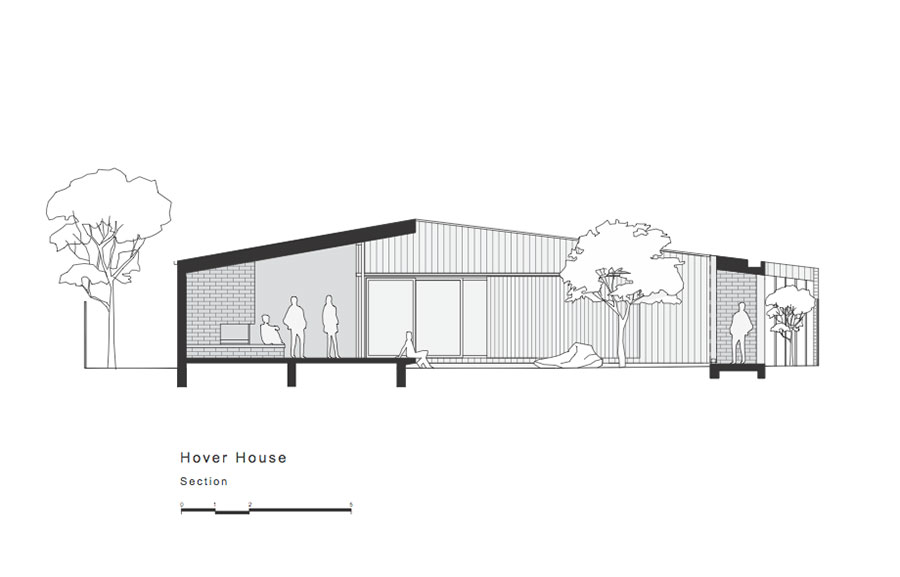 Hover House is a new model of housing, where back yards (or even tennis courts) can be transformed into homes. Despite the constraints of occupying a backyard, the home never feels encroached or overlooked. If this is what infill housing looks like, let's make it more common.