A series of small additions left this home's living areas dark and detached from the garden, but Trace Studio have changed all that with their project, Jindalee Outlook House... 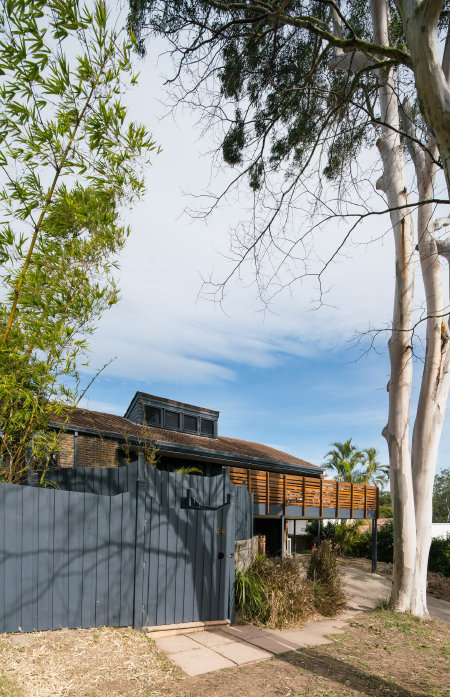 When Ryan and Cathy Loveday purchased this 1970s split-level home in Brisbane's Jindalee, they immediately recognised its potential in-spite of its poor condition. Over the years, a store room and pool room had been tacked onto the back of the home, leaving the living areas dark and detached from the backyard where a pool languished, unused.

Trace Studio developed a plan to transform the home by opening it up to both the front and the back with just a minimal increase in floor area. 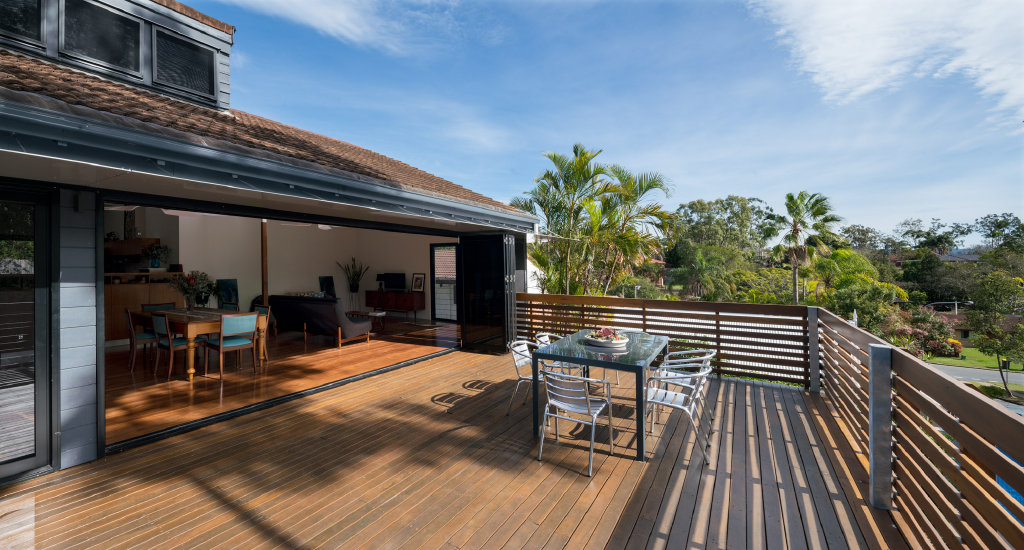 The first major change was creating a deck to the north over the carport area and opening up the living areas to this new deck. The new deck acts as an entry to the home, and is a generous space fit for a range of activities, but in particular it's a warm, sunny place to sit in cooler months. Bifold doors run the entire length of the deck, bringing light into the home. The elevation of the deck combined with close attention to the detailing of the timber balustrade means the street-facing deck feels private and maintains privacy to the living spaces beyond. So often suburban streets are lined with double garages and houses that focus on the back yard, leaving street-fronts cold and uninhabited. It's refreshing to see Trace's decision to embrace the street while balancing privacy and security. 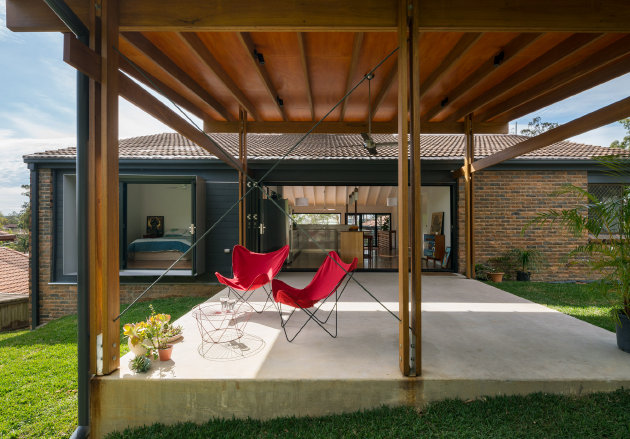 Secondly, the architects reunited the home with the back yard by removing the series of additions that blocked light and access. A new roofed garden room at the same level as the house creates a seamless transition space between the home and garden. Bifold doors again allow the home to open completely to the outdoors. This cooler, south facing space is where you retreat to in warmer months. 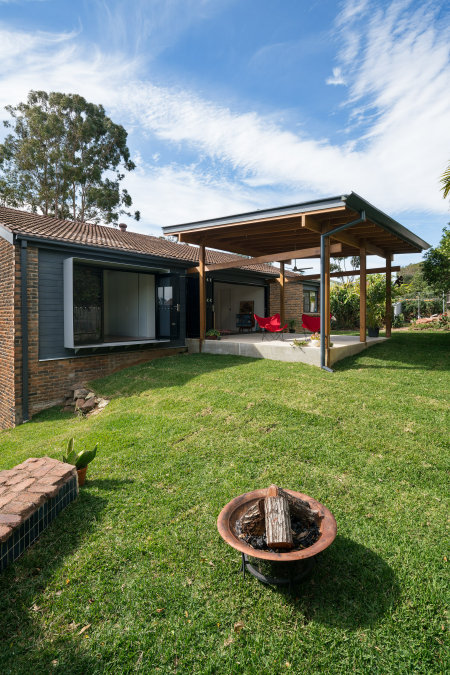 The pool has been filled in, with only a few traces of the brick edging remaining to act as informal seating around a fire pit. With the pool gone, the backyard now feels much larger with plenty of space for children to play. 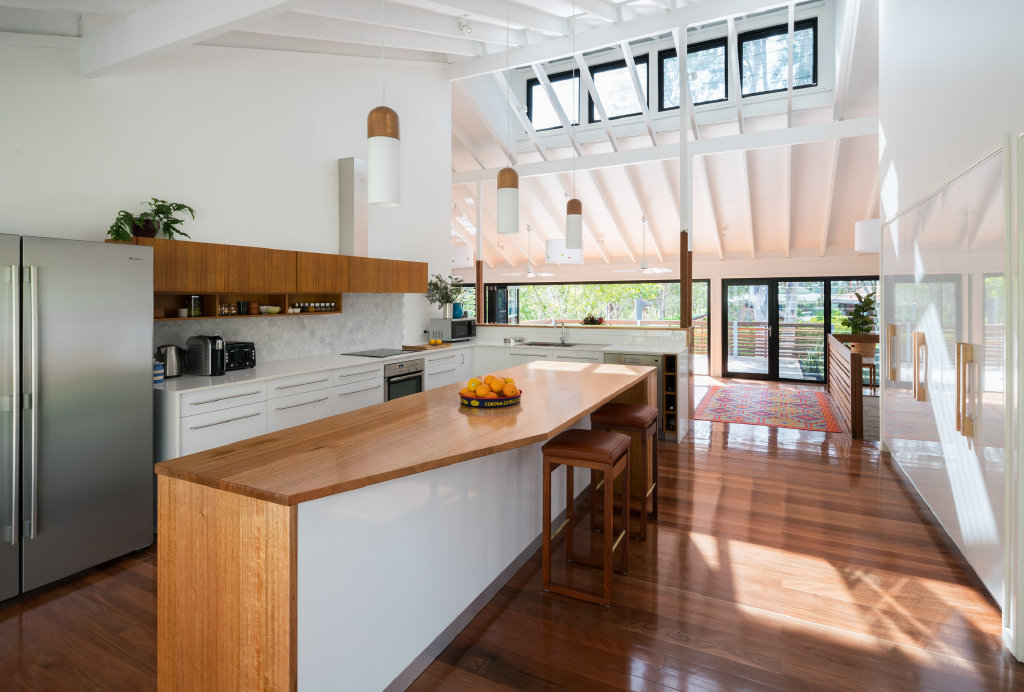 The kitchen was relocated and is now the central hub of the home. An L-shape design with large island bench and plenty of circulation allows the kitchen to function even with larger gatherings of friends and family. 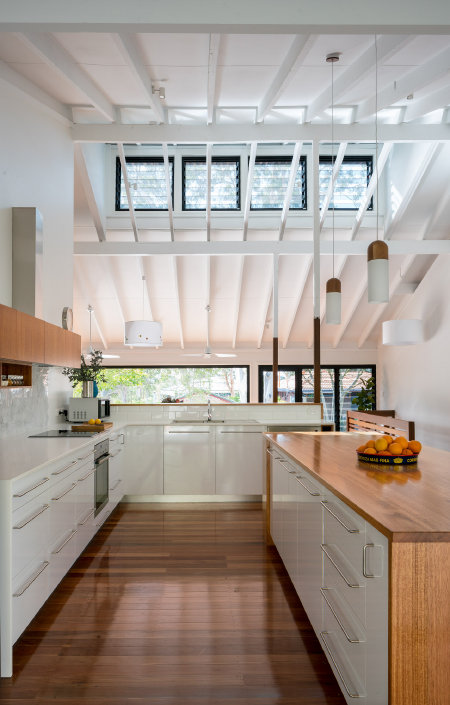 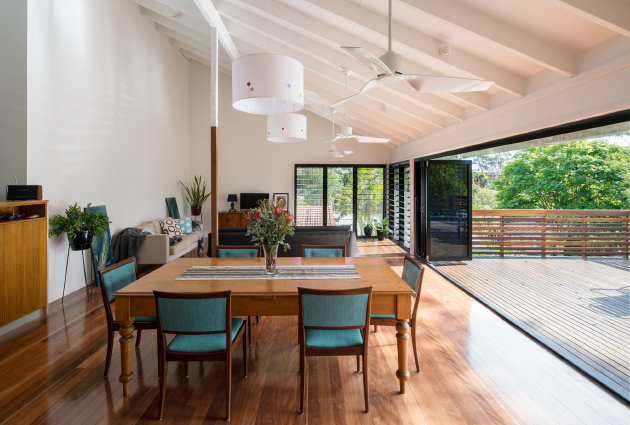 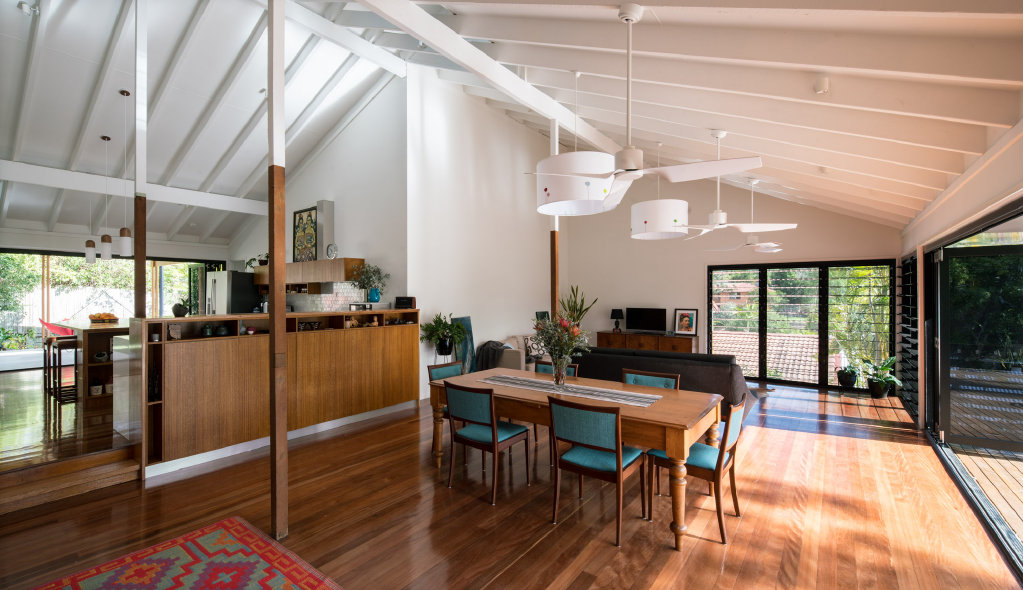 Trace Studio have paid particular attention to retaining the original character of the home, while updating it for modern needs. The original brickwork, exposed rafters, and high ceilings are all retained and enhanced by modern touches like new aluminium window awnings and the timber balustrades 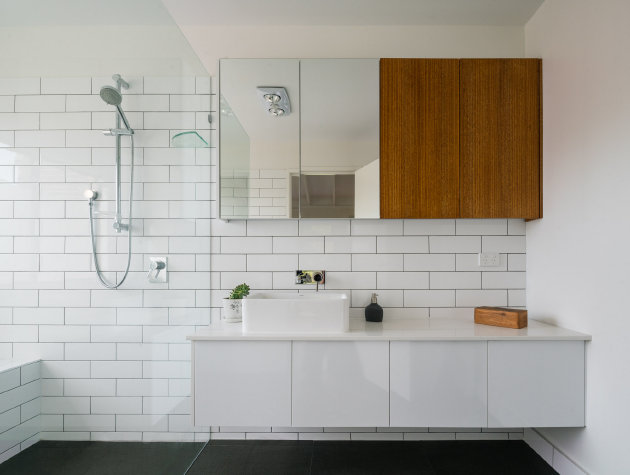 A tired 1970s house has been transformed into a bright and breezy modern home. Trace Studio have demonstrated their skill at working with the inherent qualities of existing homes and enhancing those qualities, rather than try to erase them. What we're left with is a home that demonstrates the best of both eras and harnesses nature to create a light-filled, well ventilated and comfortable home. The outlook is bright for this Jindalee home.

Tell us what you love about Jindalee Outlook House...