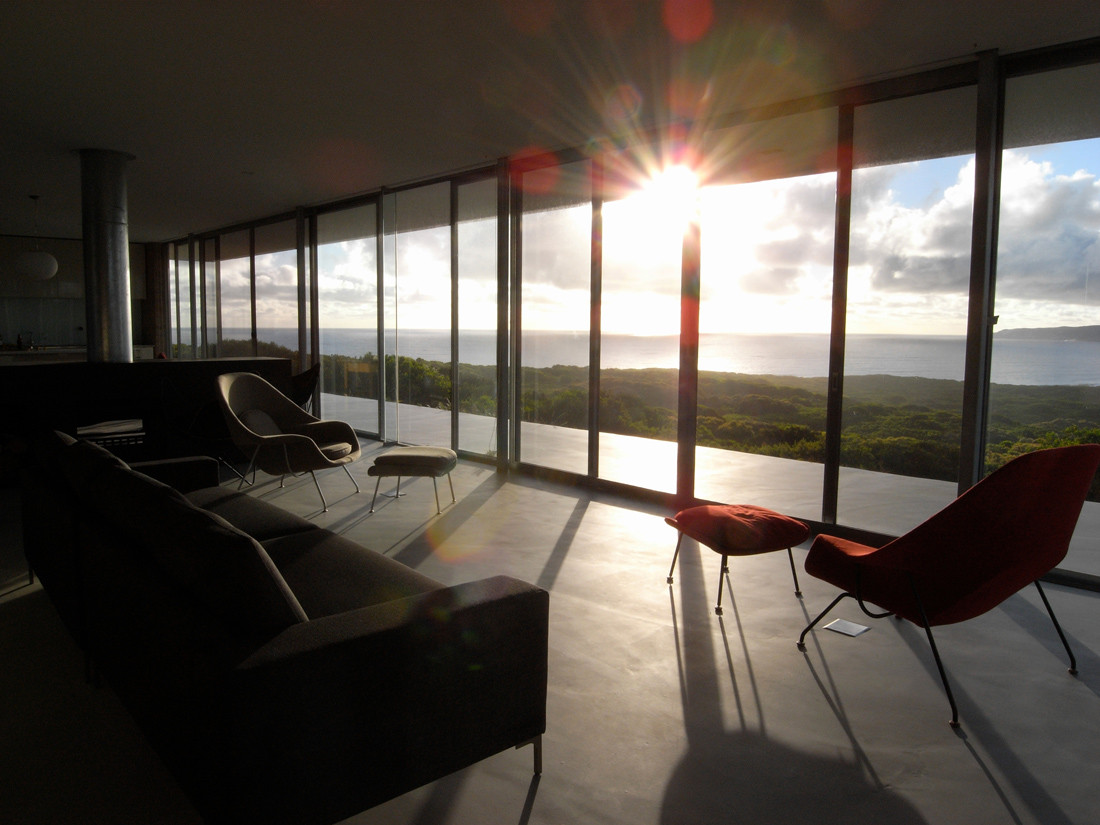 It's safe to say Johanna House is located in a pretty special place. Sitting on 100 acres of untouched bushland which abuts a National Park and is home to a raft of endangered species, Johanna House overlooks the dramatic ocean along Victoria's famous Great Ocean Road. 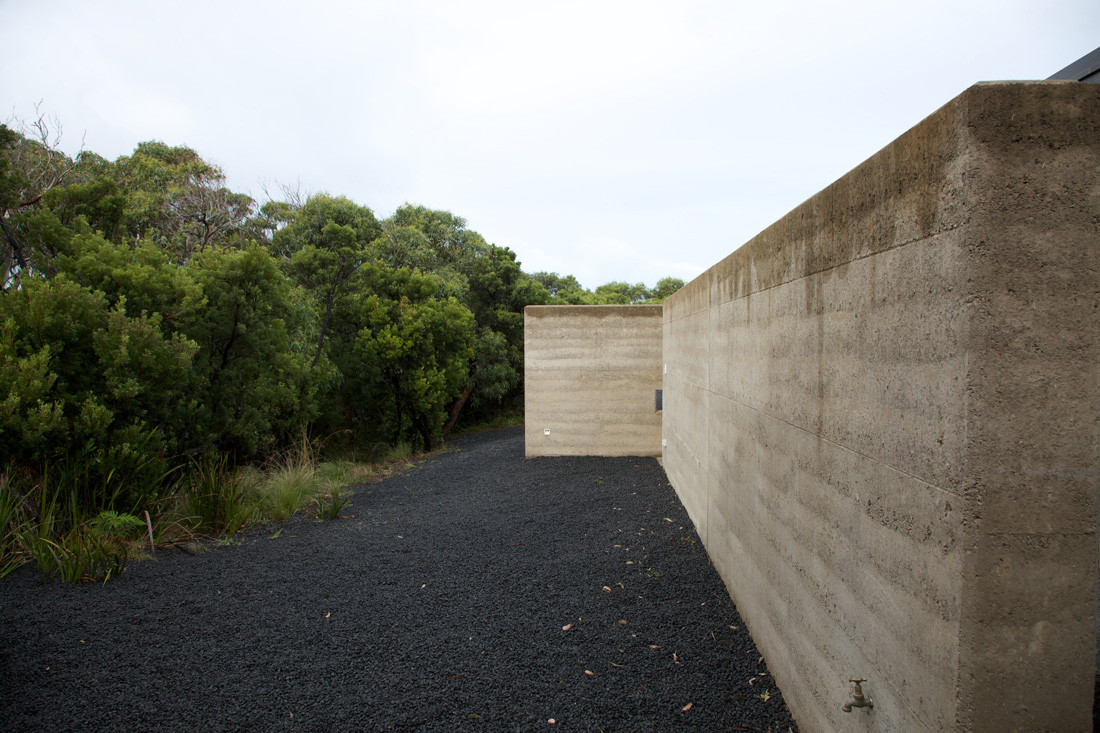 Faced with this unique site, Nicholas Burns Associates' approach was to create a home of contrasts. The weight and opacity of rammed earth is balanced against the lightness and transparency of floor to ceiling glass. Visitors experience moments of concealment, before the ocean and landscape again reveal themselves. The home feels solid and protective, but also open and free at the same time. It's an architectural challenge that has been skilfully executed. 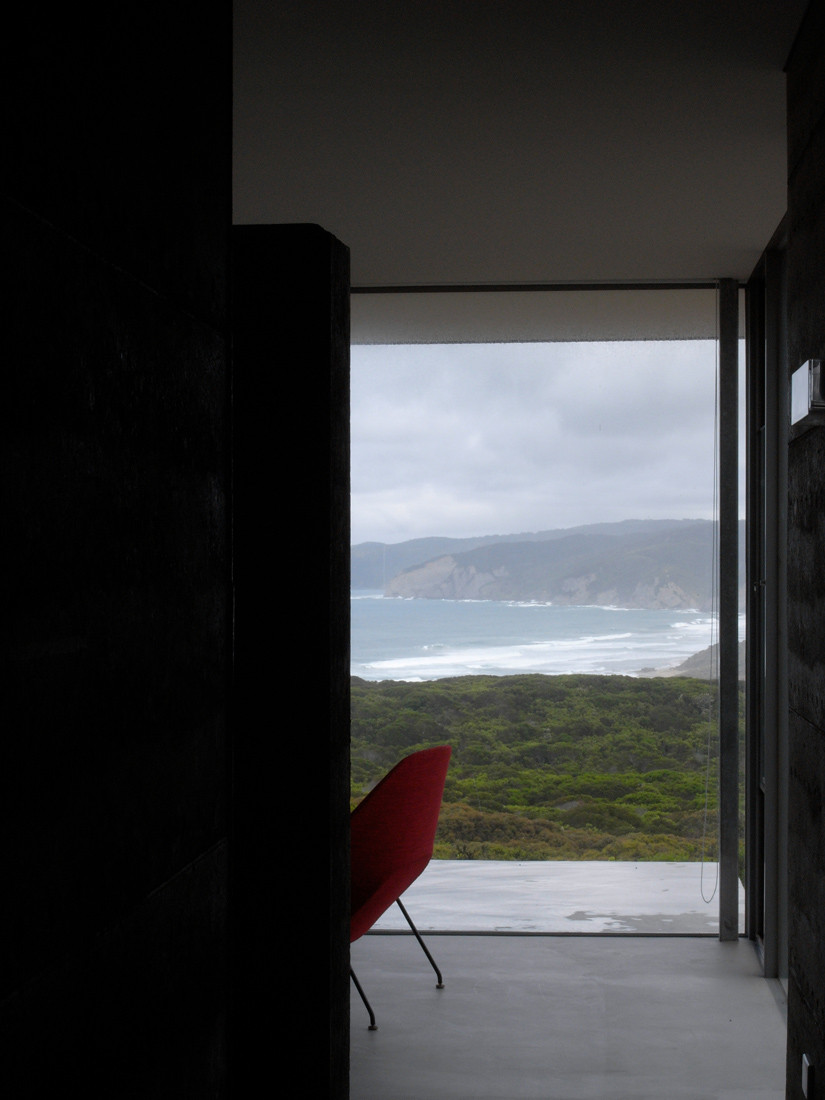 The home attempts to match its monumental location with a palette of limited but high quality materials. Careful, minimal detailing and the use of pure geometry help to create a quiet, peaceful space in contrast to the crashing waves and strong winds that can often dominate outside. 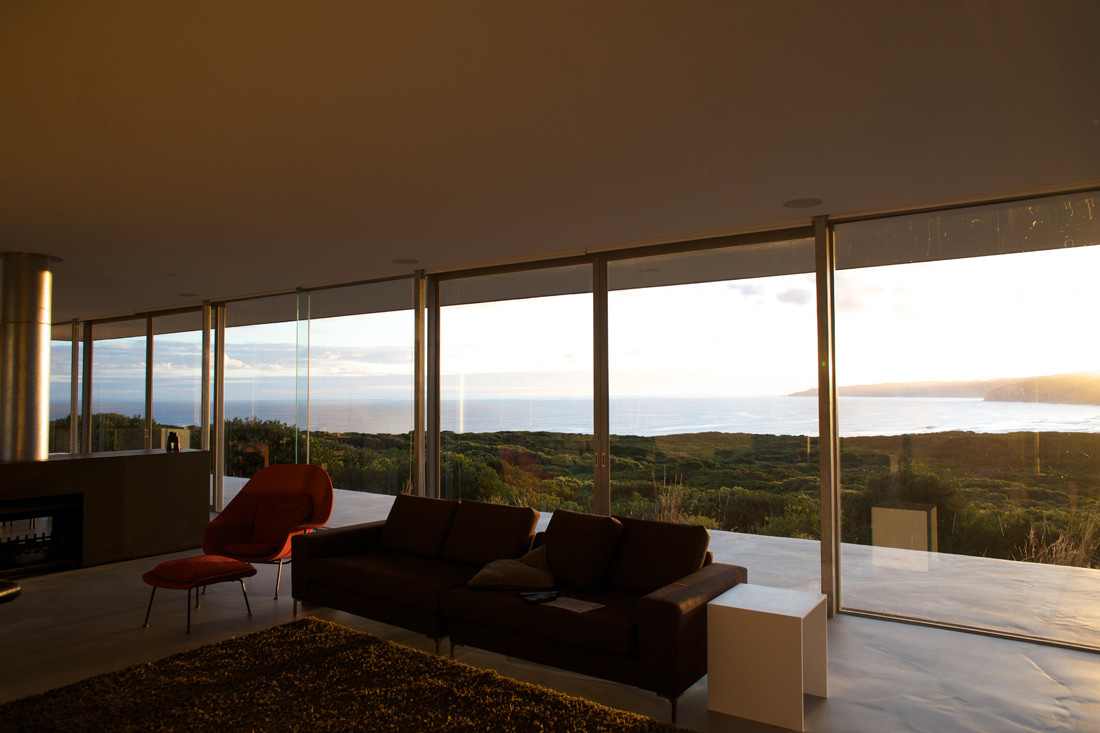 In respect of the sensitive environment, no outside material was imported onto site to create the rammed earth walls. Made from the site's earth, the walls tie the home materially to the area. Only locally native plants were planted to prevent invasion of non-indigenous species on the property and adjoining national park. The house is sited on an existing clearing, no trees were cleared for construction.

While the use of an off-grid solar system was investigated, it was ultimately decided to run mains power underground to the site. The off-grid system would require the use of Diesel as a backup in winter and this posed an unreasonable risk of fungal infection. The house is largely passively cooled and heated though, with supplementary slab heating in the living space.

Rainwater is collected for all drinking, bathing and fire fighting requirements. Waste water is treated on site through aerobic biological and sand filtration, requiring zero chemical or power input. 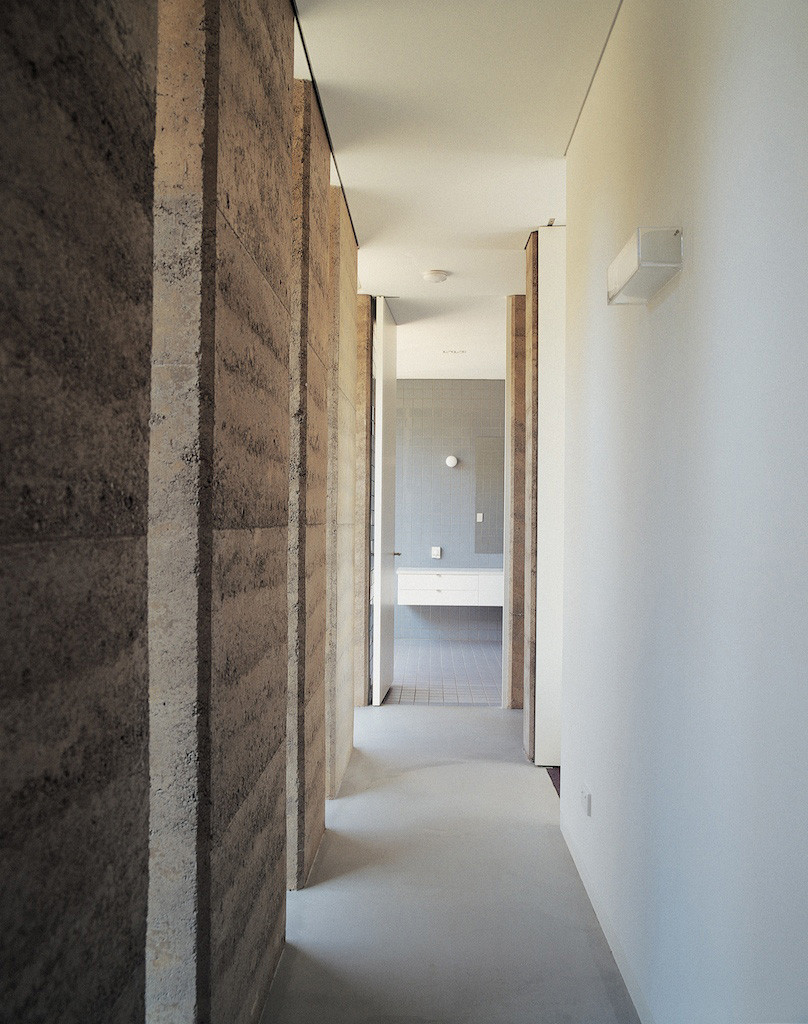 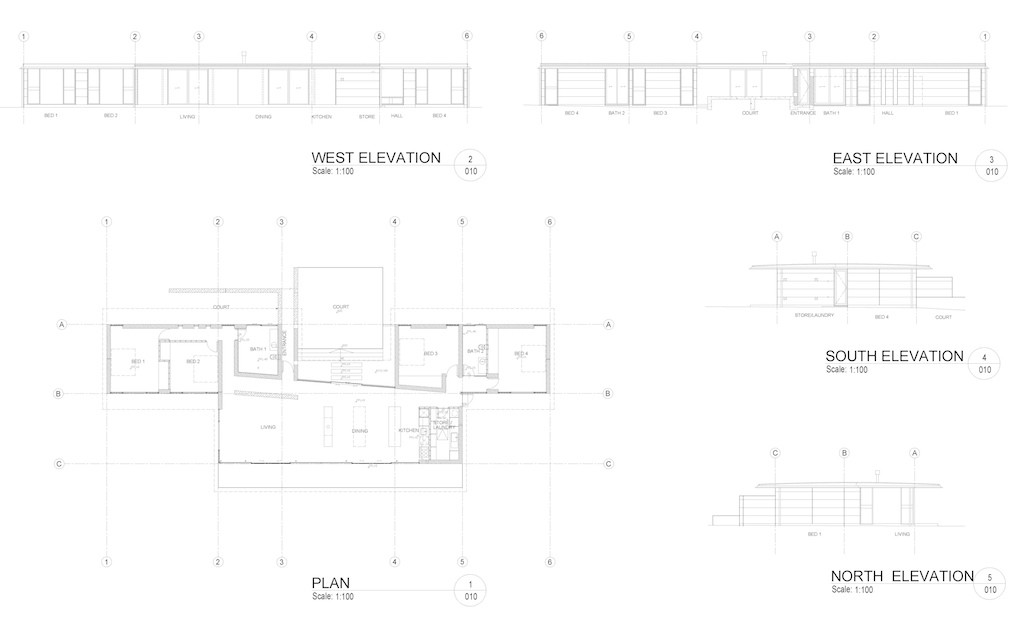