This Extension Is Far From Typical: For One, It's at the Front!

In the back blocks of Newtown, Sydney this home is on one of the only streets not within a conservation area. The street itself is very eclectic with a range of different buildings from different eras. So, when Elaine Richardson Architect was asked to renovate an existing terrace on a tiny 100 square metre block, they did something a little unexpected... 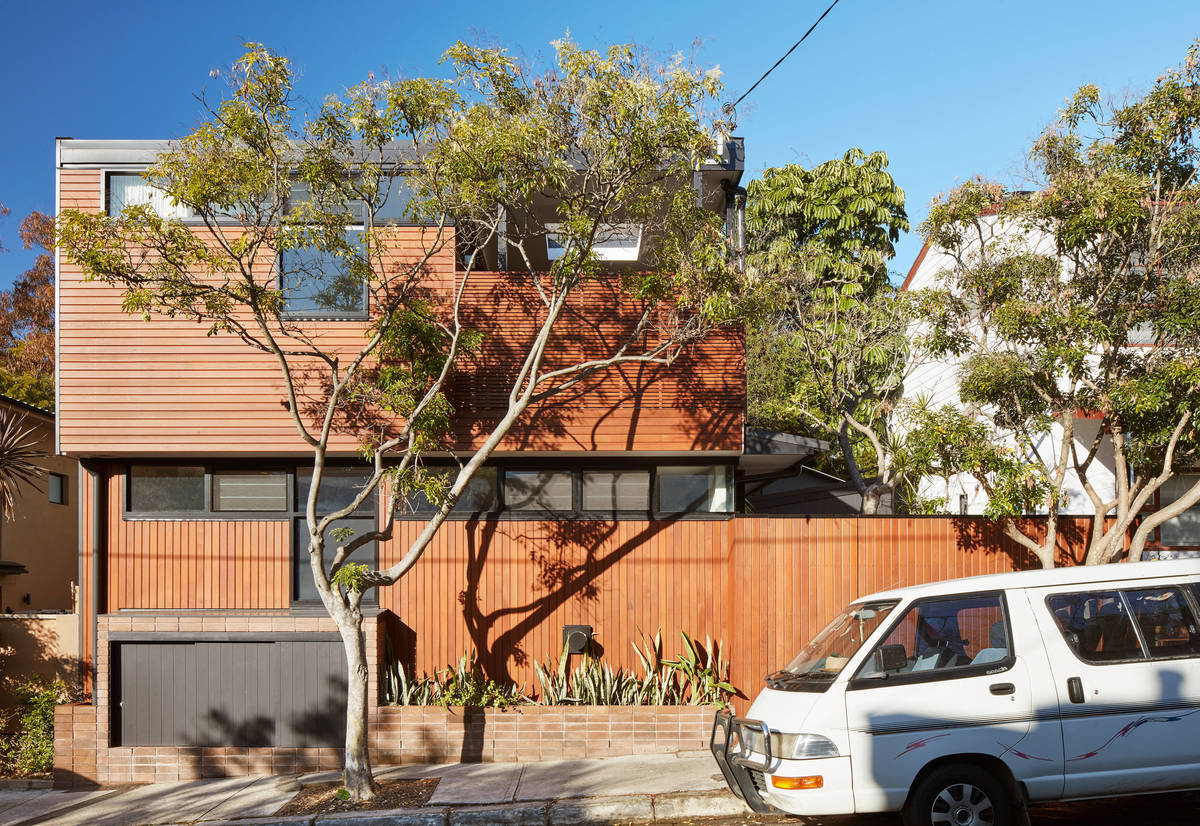 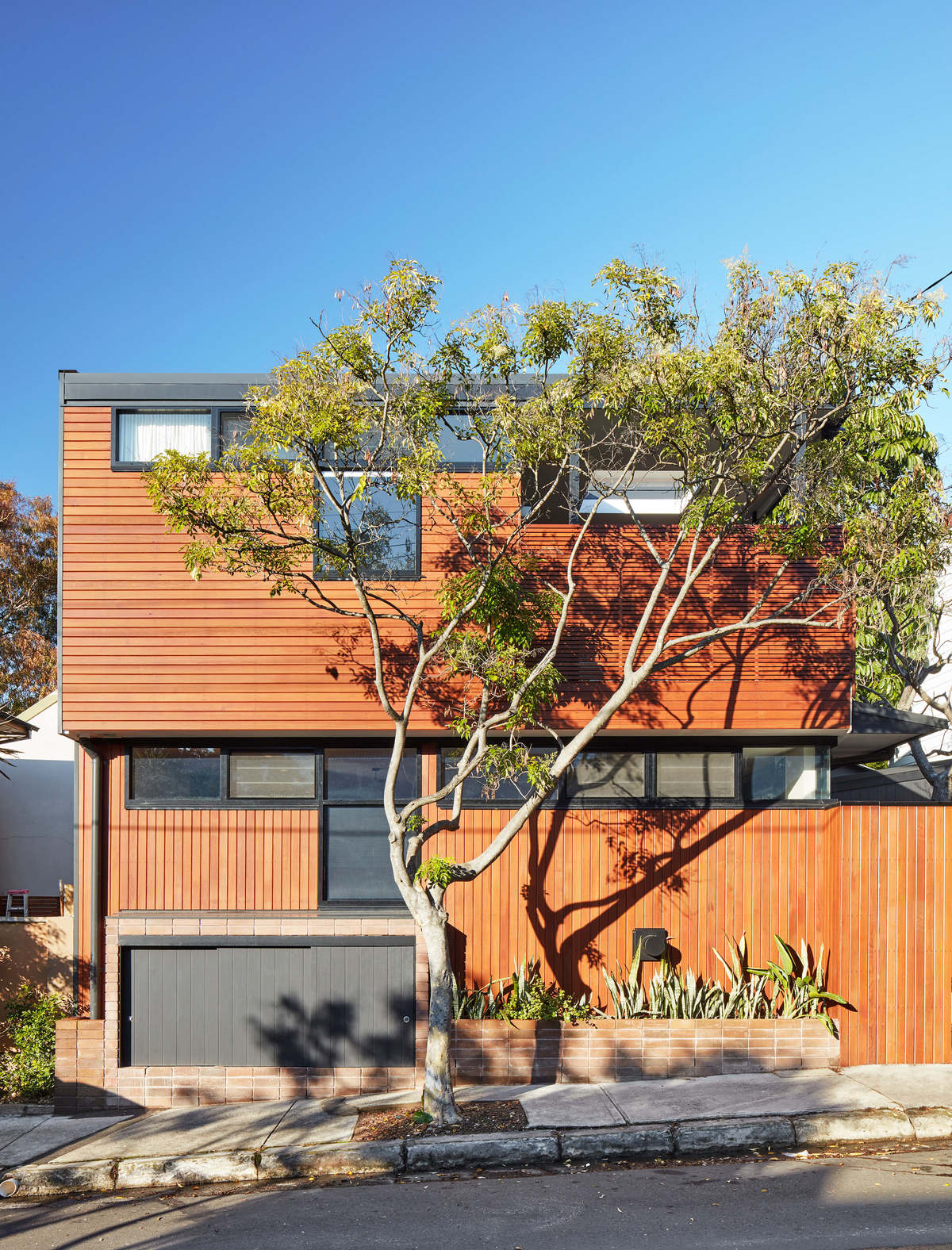 To fit the three-bedroom plus study home on the small site, something unusual had to be done. They had to remove the original terrace facade and extend the home towards the front of the property and up to create a second storey. "Changing the front facade of a terrace is not something we normally attempt," explains the architect, Elaine, "but in this circumstance, on a tiny block of approximately 100 square metres, it was our only option and luckily due to the nature of the site and surrounds it was possible." 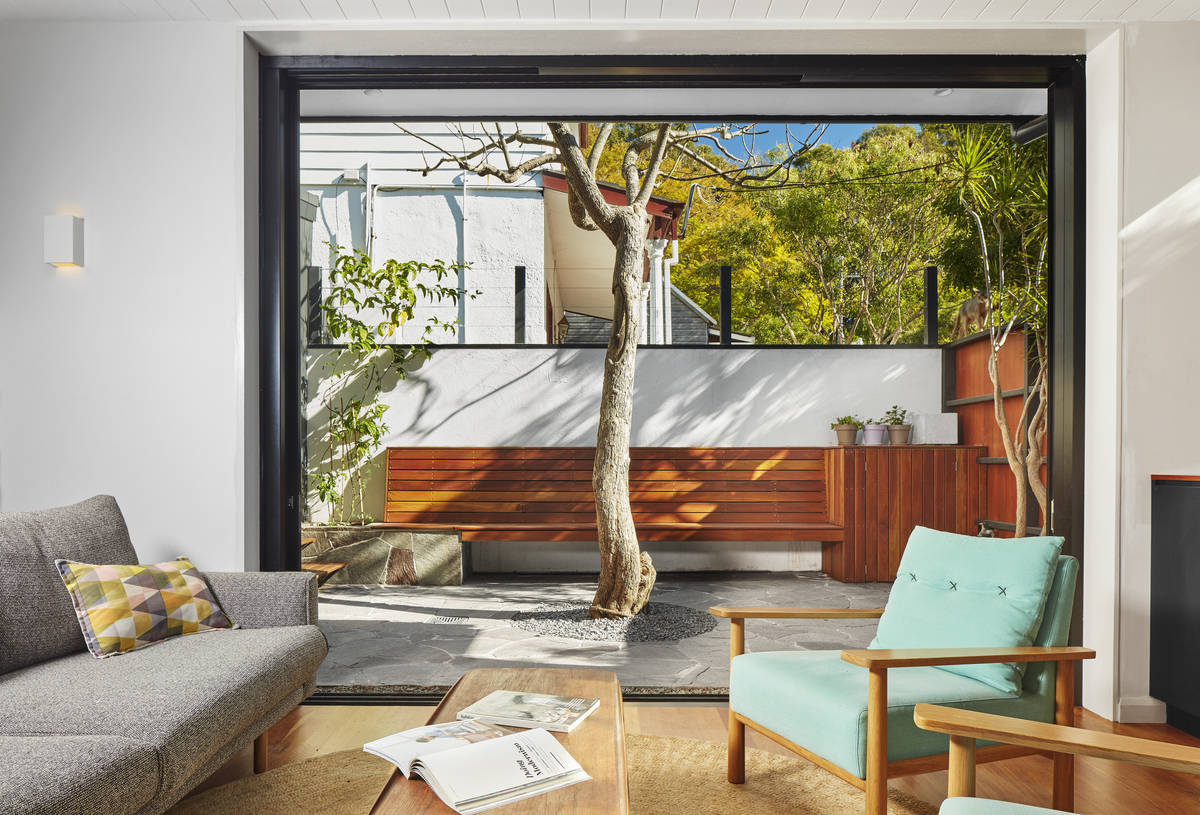 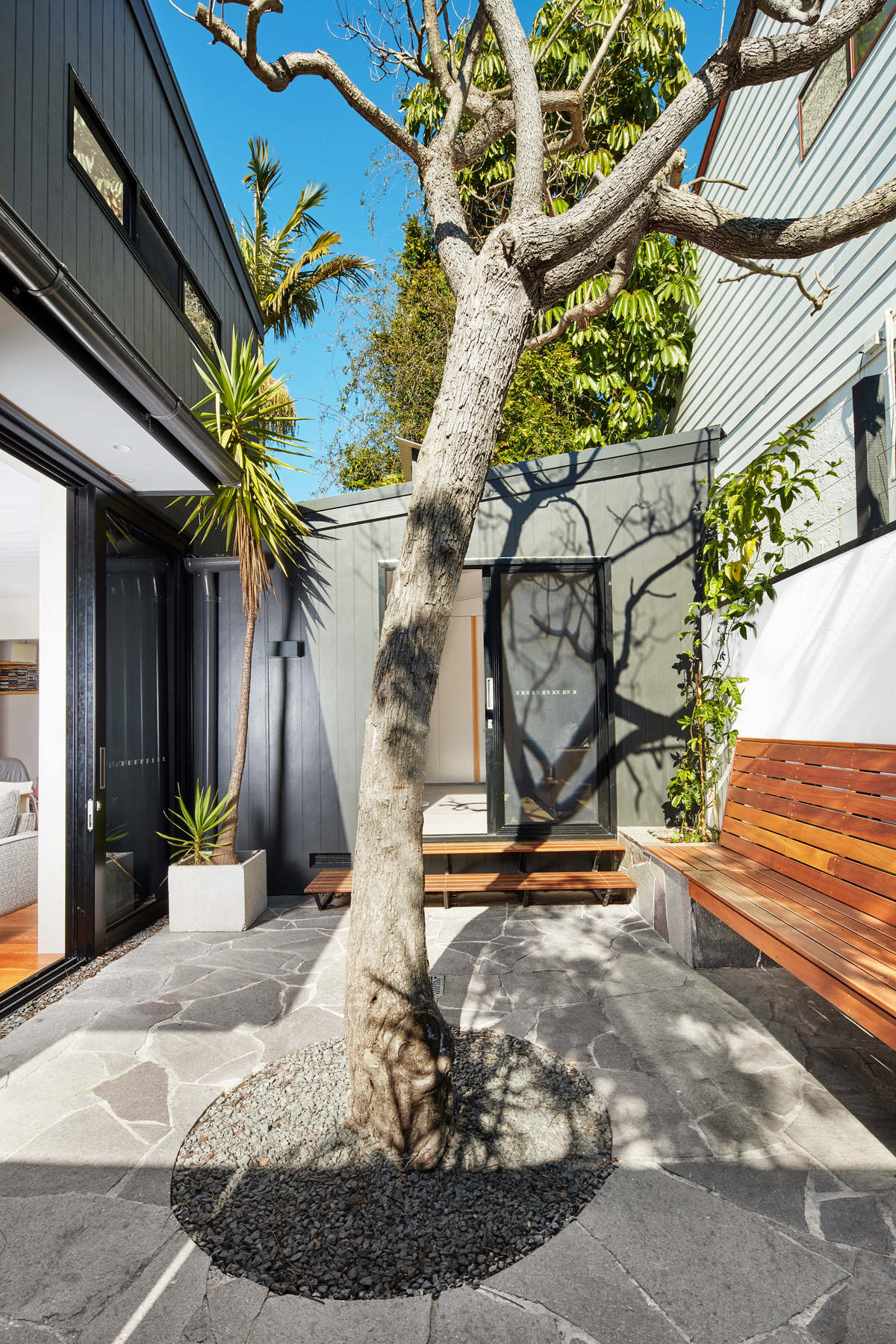 By stealing some extra space from the front of the block and removing some existing walls, the architect was able to create an open-plan living area opening onto an exiting courtyard. With this one move (albeit rather grand), the home feels much larger than its physical dimensions. Glass sliding doors allow the living area to open onto the courtyard which helps it feel like an extension of the same space. 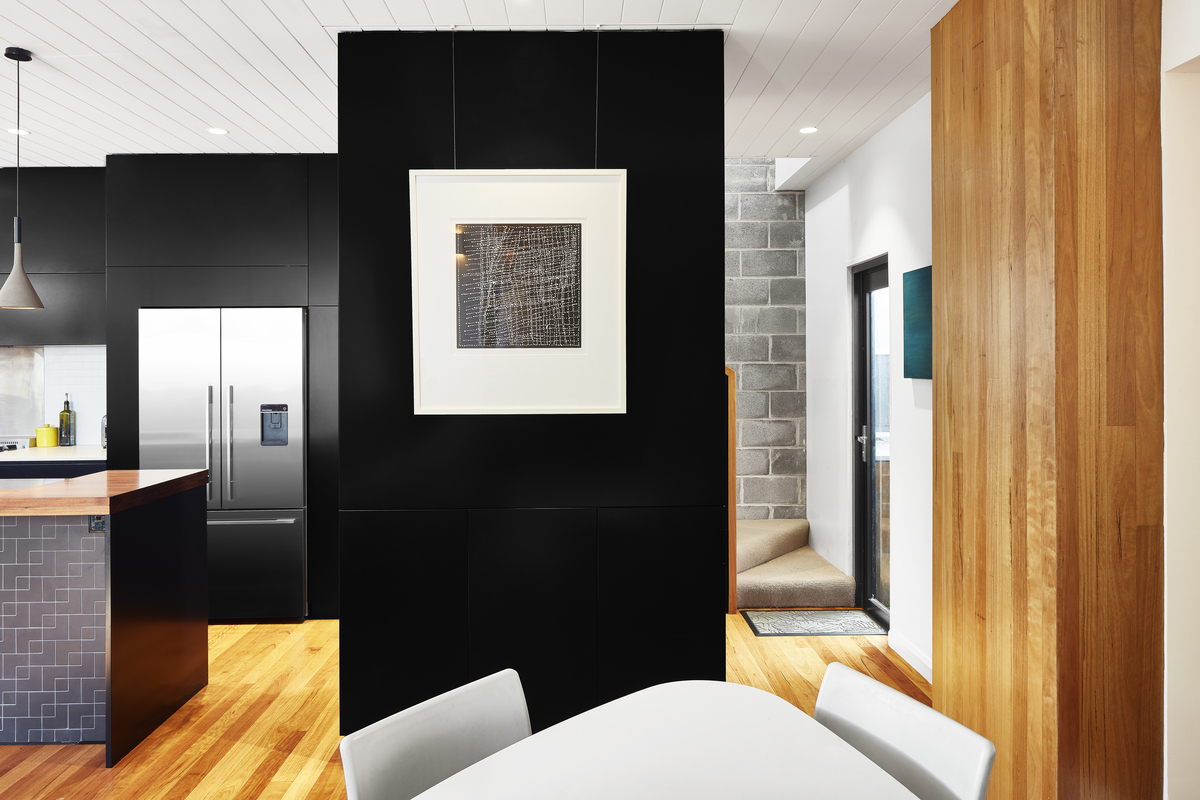 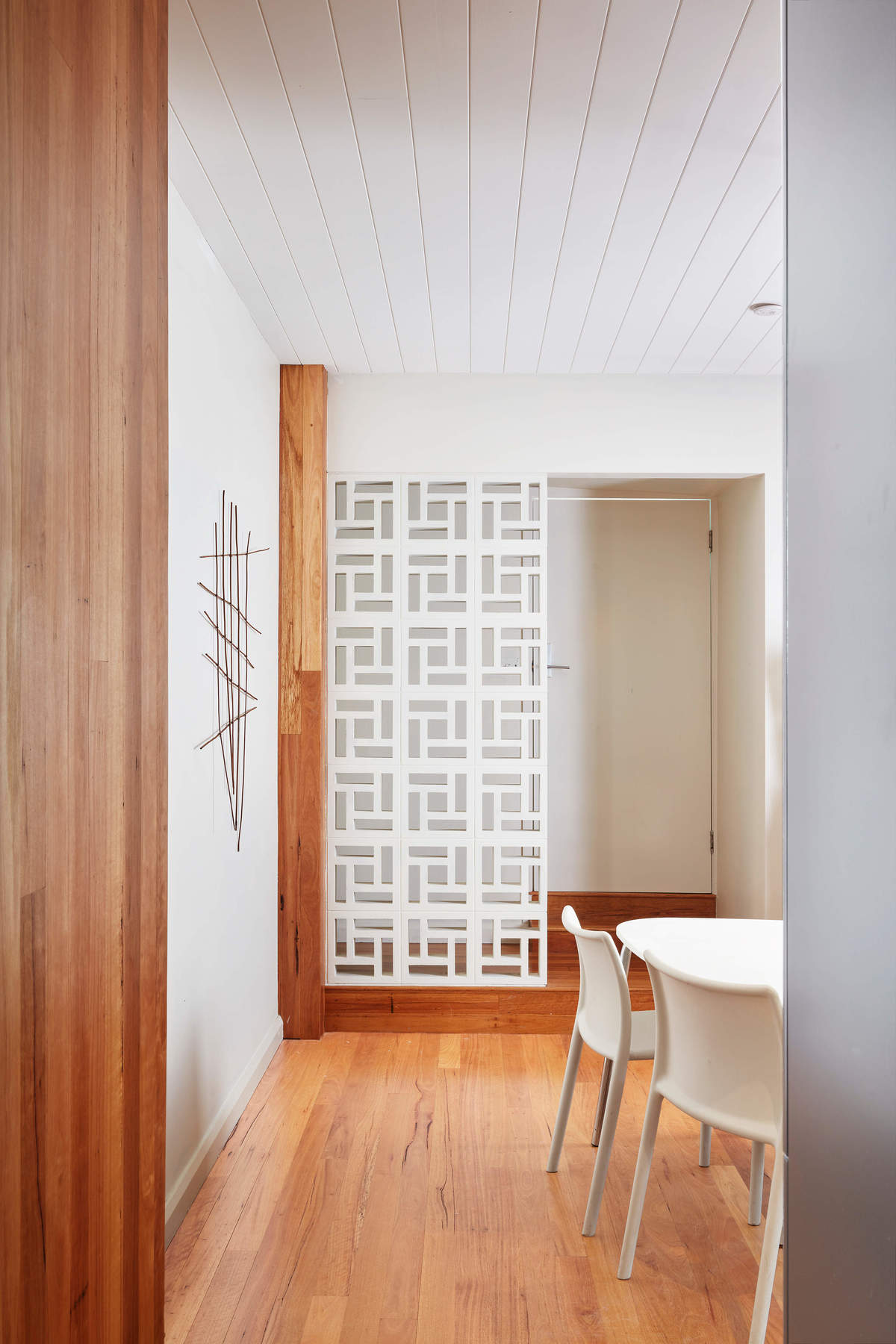 The owners love the mid-century modern style, so touches of mid-century flair are incorporated throughout. "The owners didn't want to play it safe with interior design," says Elaine, "they loved black and timber and texture, crazy pavers and quirky details." With a breeze block feature wall and fun tile choices, the home has a strong sense of character. 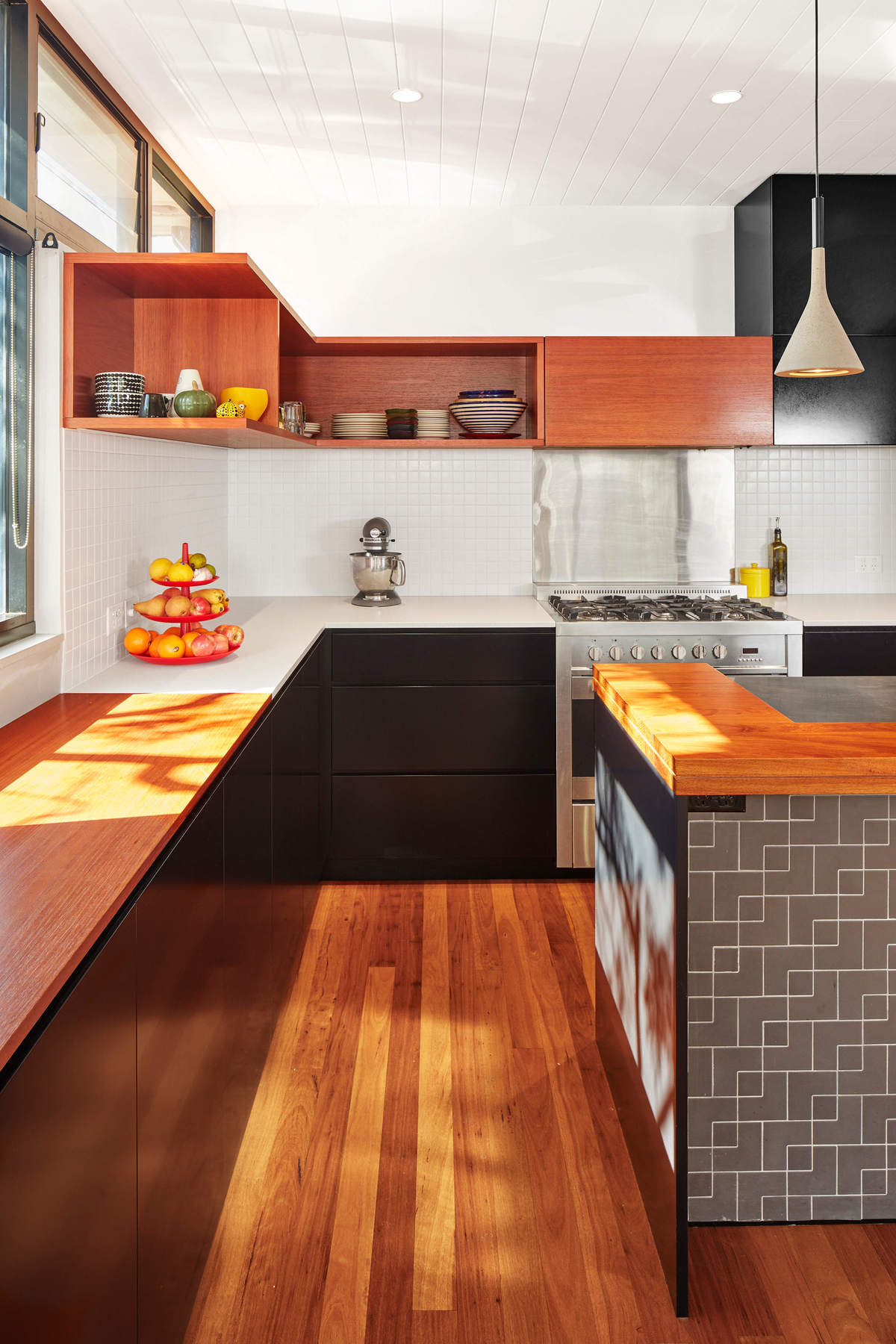 Clever details make the most of the limited space. A bike storage locker, for example, is accessible from the street level, but inside an extension of the kitchen bench conceals the bike locker and continues through to the lounge to create a TV unit and additional storage space. High-level windows in the living area let north in without sacrificing privacy - important given the home is now built close to the front boundary. 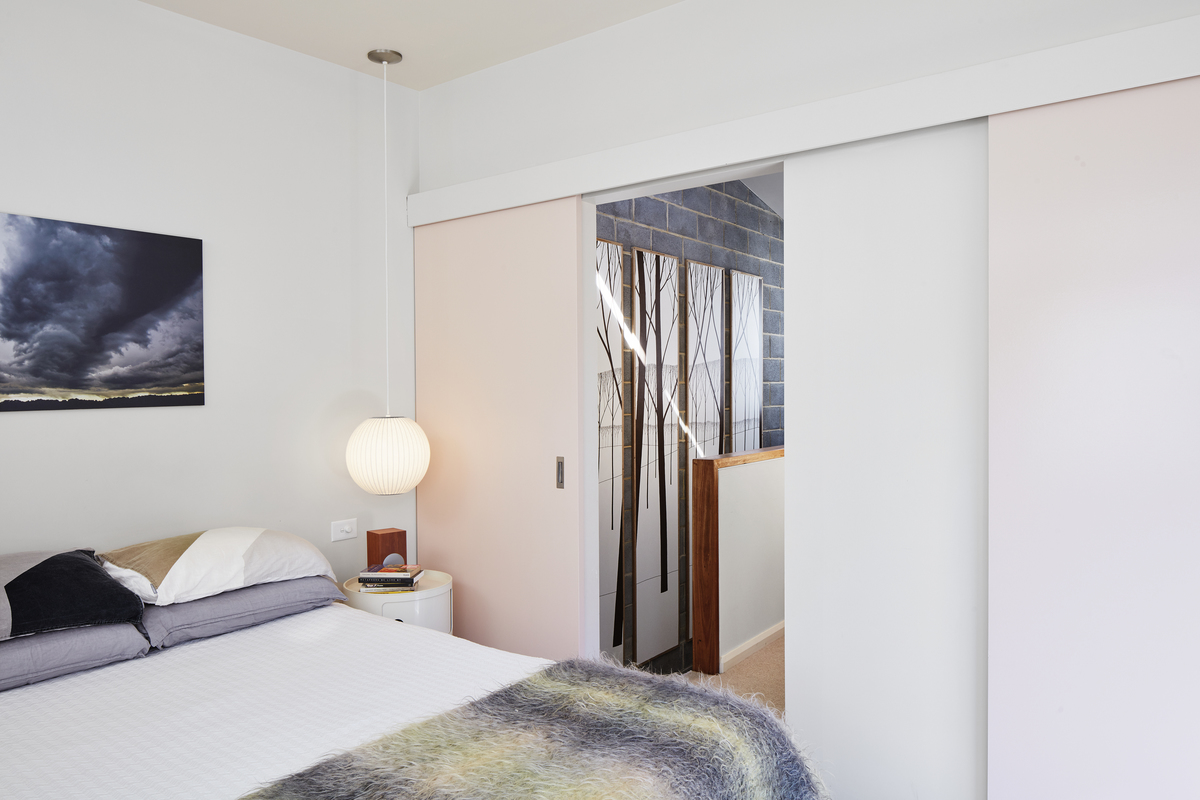 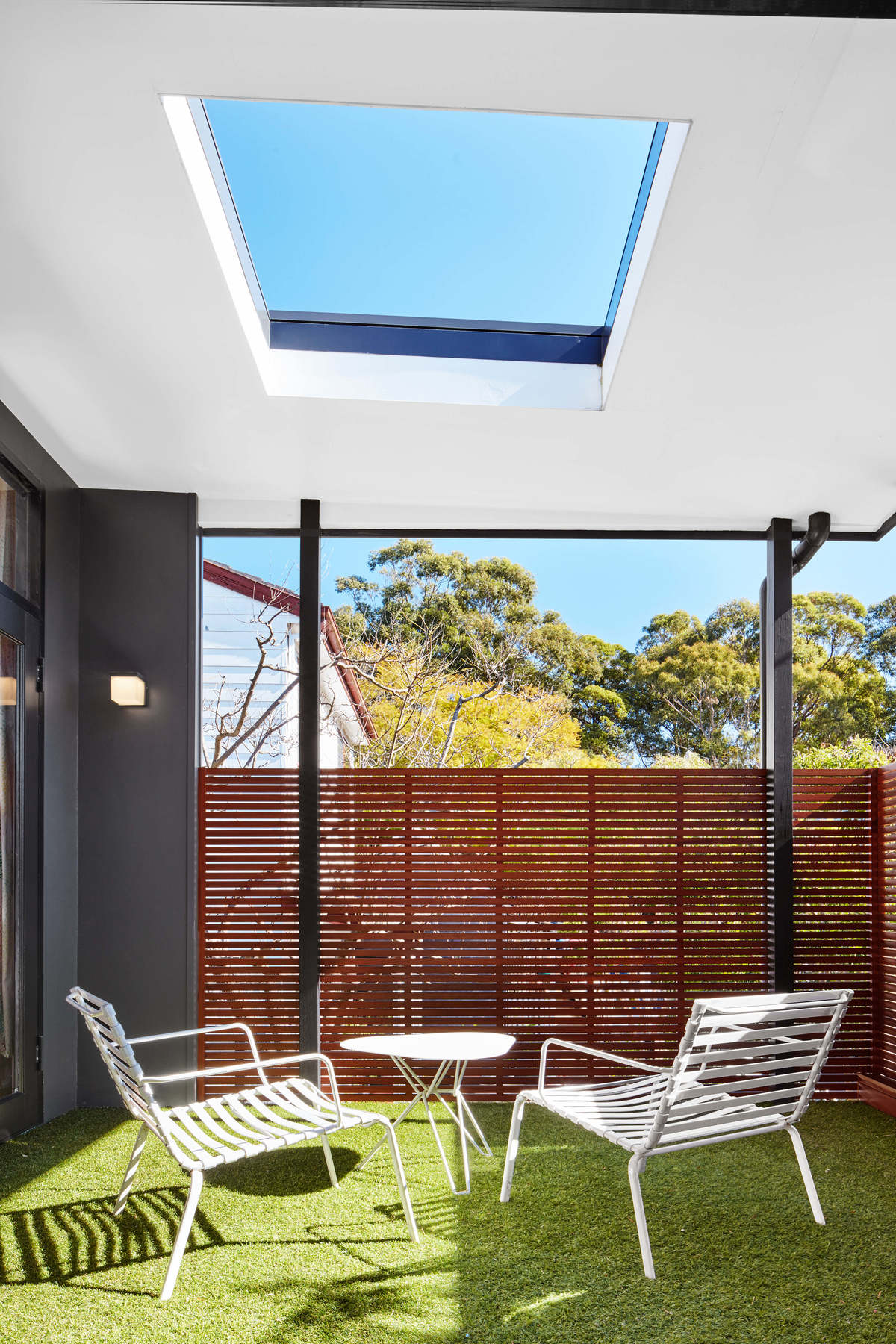 Upstairs the architect even found space for a hidden roof terrace accessed off the two bedrooms. "This little oasis is one of my favourite spots in the house", says Elaine, with views of the treetops, "you feel like you could be anywhere." 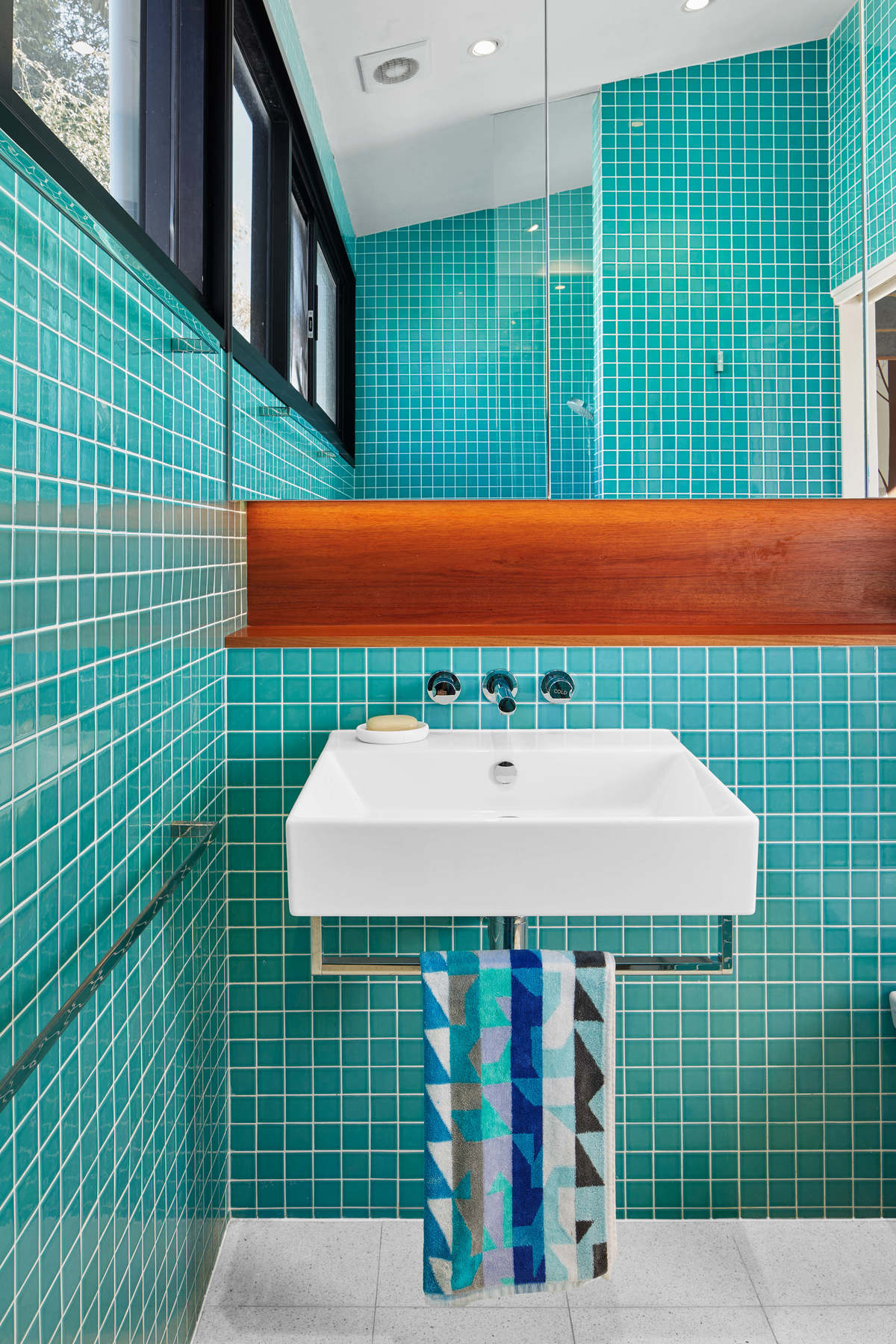 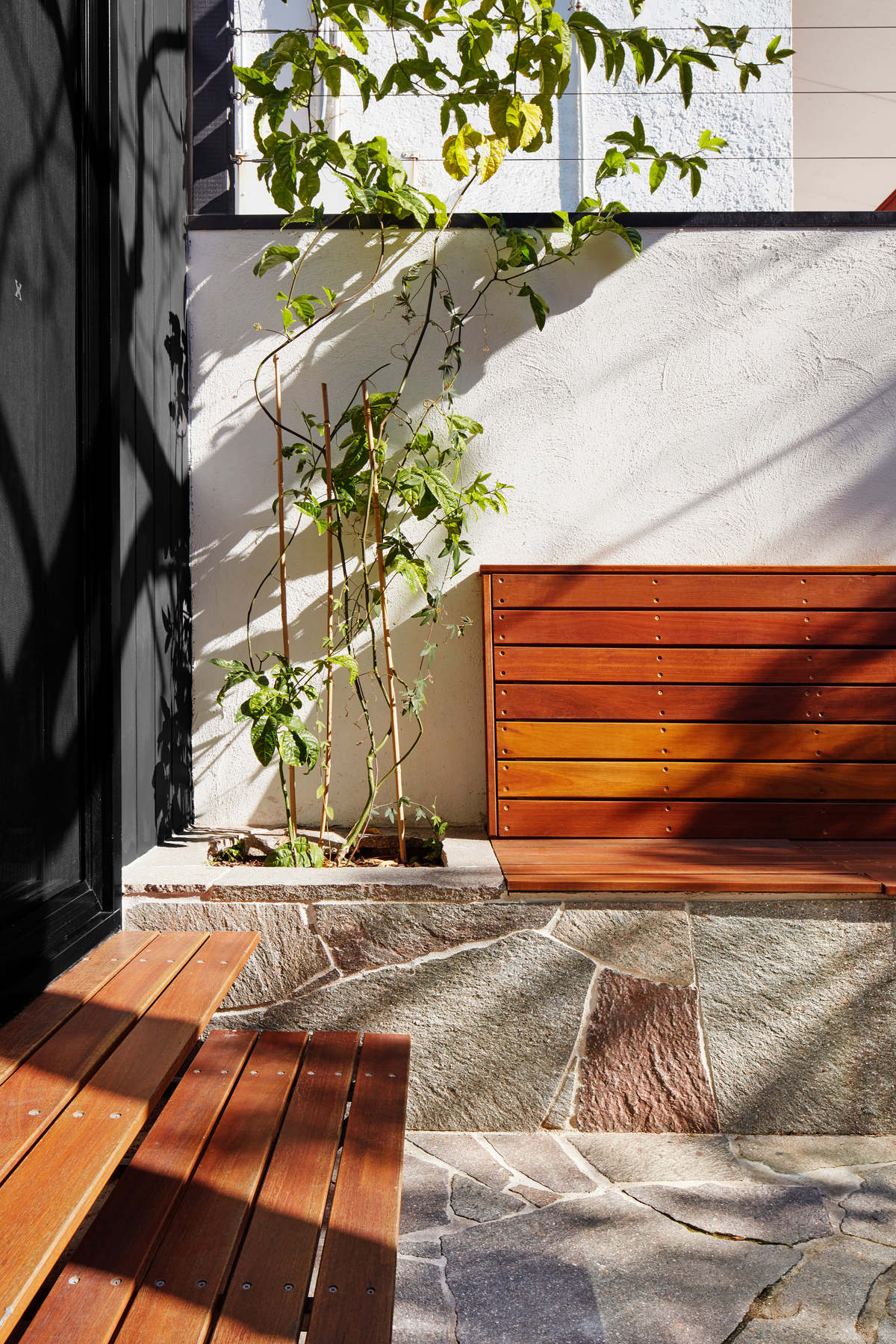 Clad in cedar Mid-century Modern House certainly looks the part, fulfilling the owners' style preferences and making the most from a very small inner-city site. "The owners are wonderful entertainers, who live life to the full," says Elaine, "lots of laughter in this house." Now, with a beautiful new home, there's bound to be even more good times and laughter with friends and family. 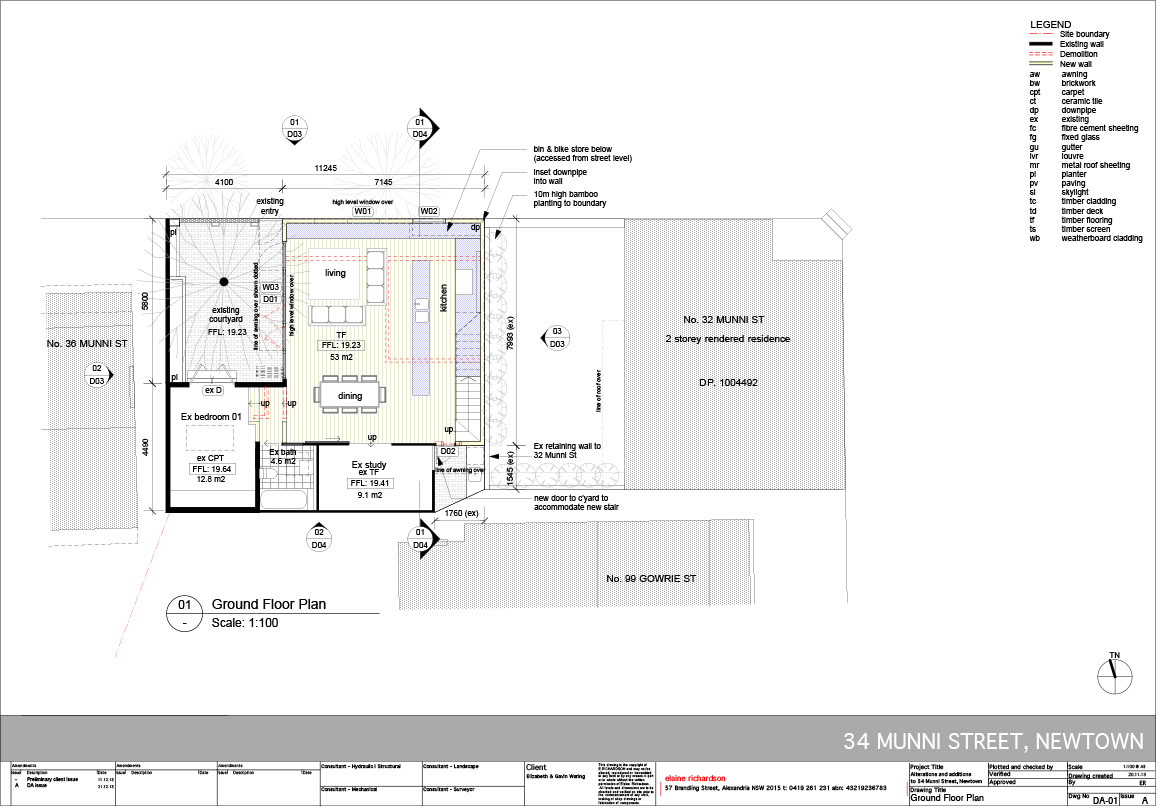 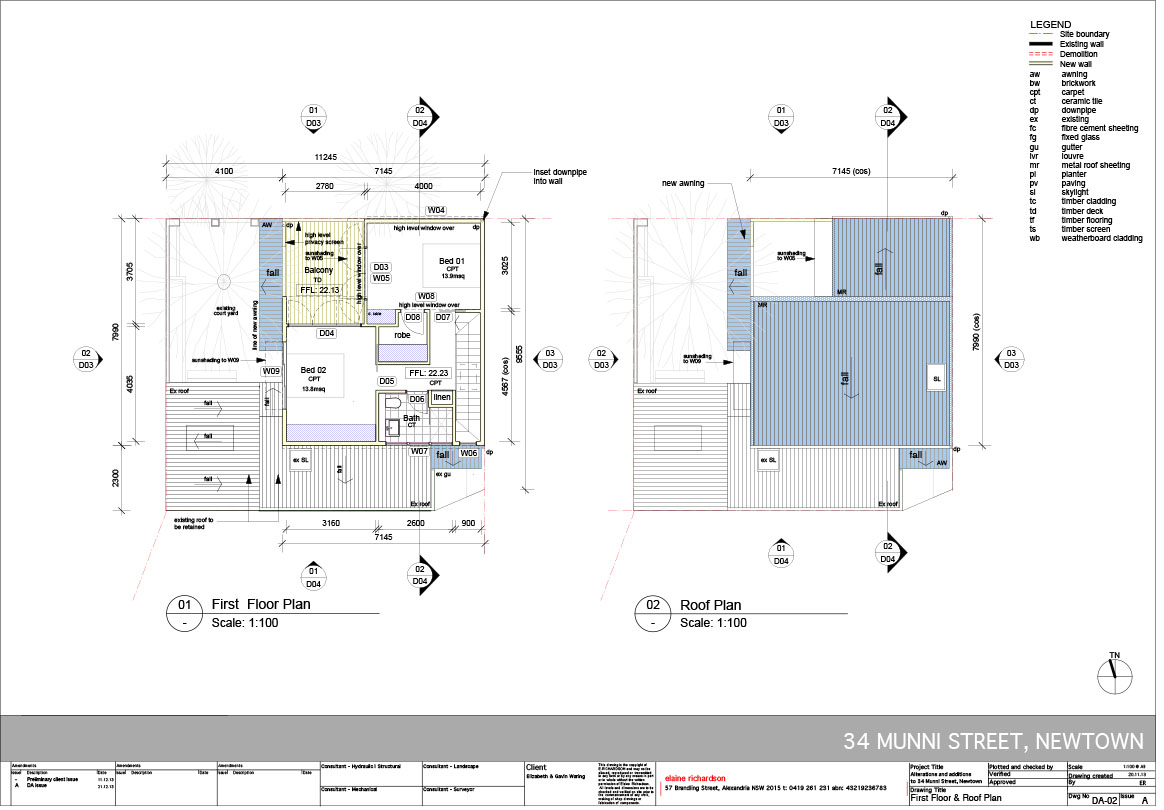 Tell us what you love about Mid-century Modern House...