This quaint Victorian cottage in Brunswick has been a home for over 100 years. Filled with heritage charm and rear access to a backyard studio, it was perfect for the owners: a couple, one of whom is an artist, and their two children. But the years had taken their toll, with worsening damp becoming problematic and a series of ad hoc additions over the years leaving the home feeling dark and cramped. Kuzman Architecture designed an alteration and addition, Peek House that deals with those issues, celebrates the history of the home while injecting plenty of the owners' personalities... 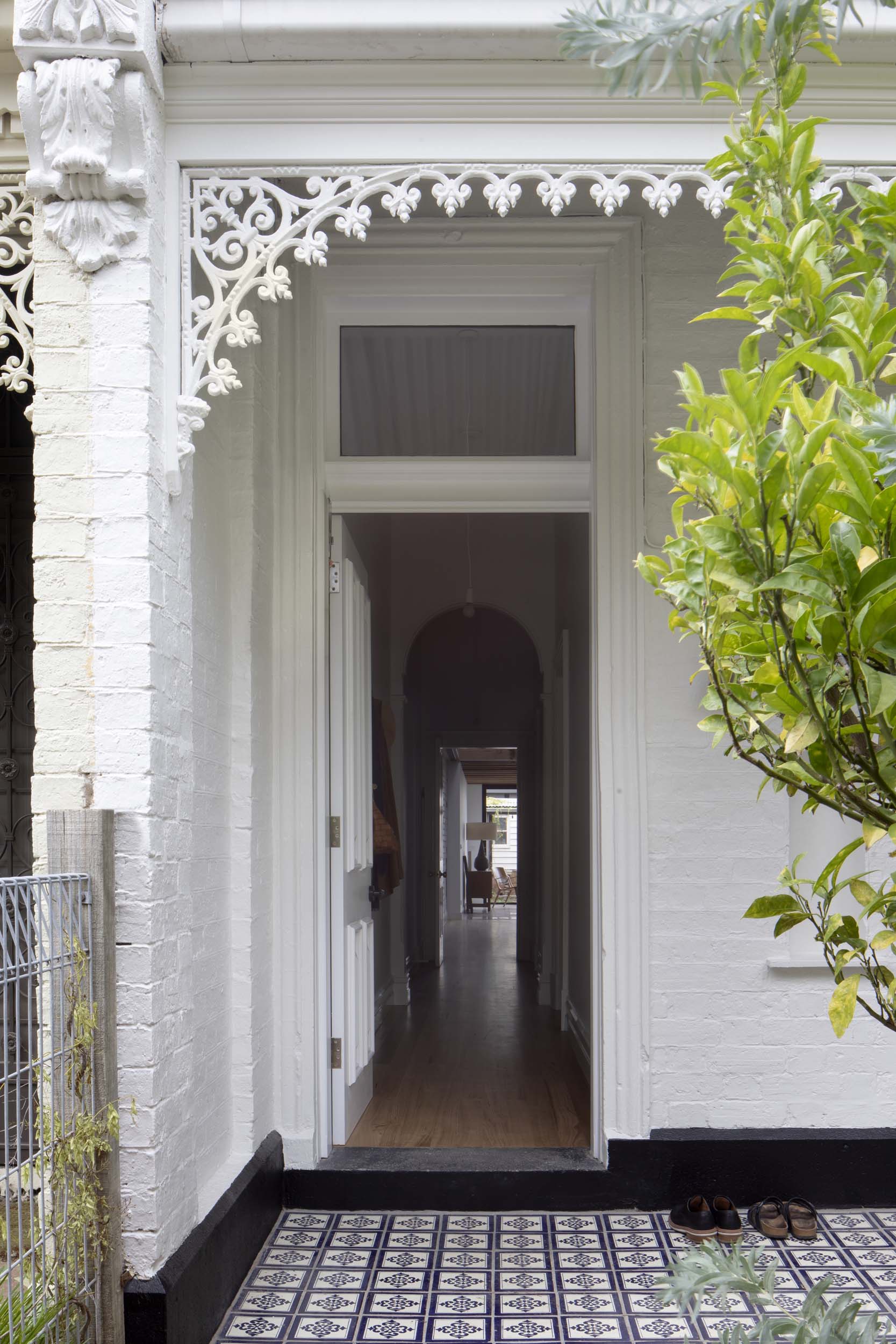 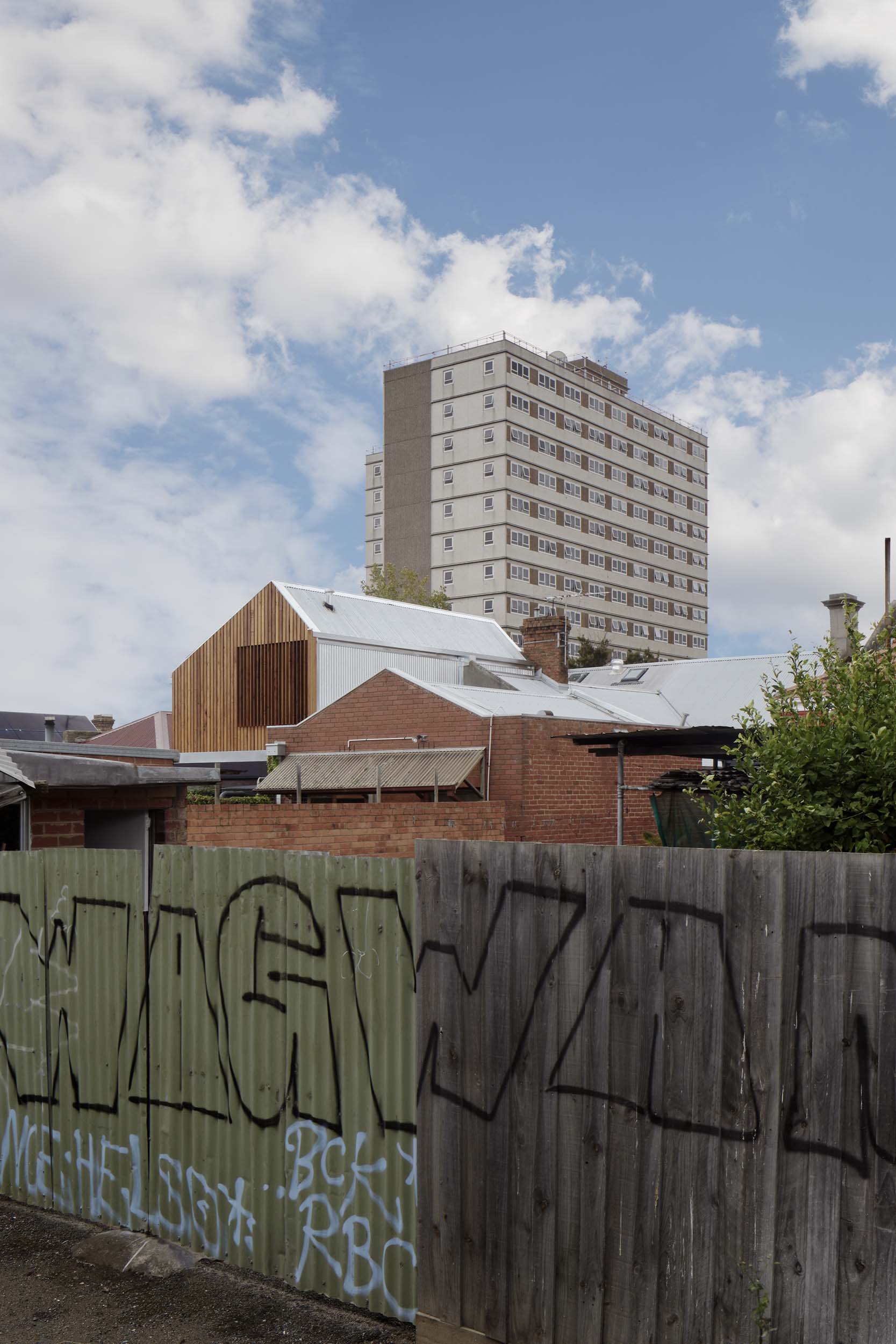 "The owners, a couple and two children, bought the property some years back for the house's heritage charm and separate rear laneway studio; perfect for the artist owner and visiting extended family", explains the architect. "Over time the family outgrew the two-bedroom cottage and needed to address the houses worsening damp, dark and cramped conditions." 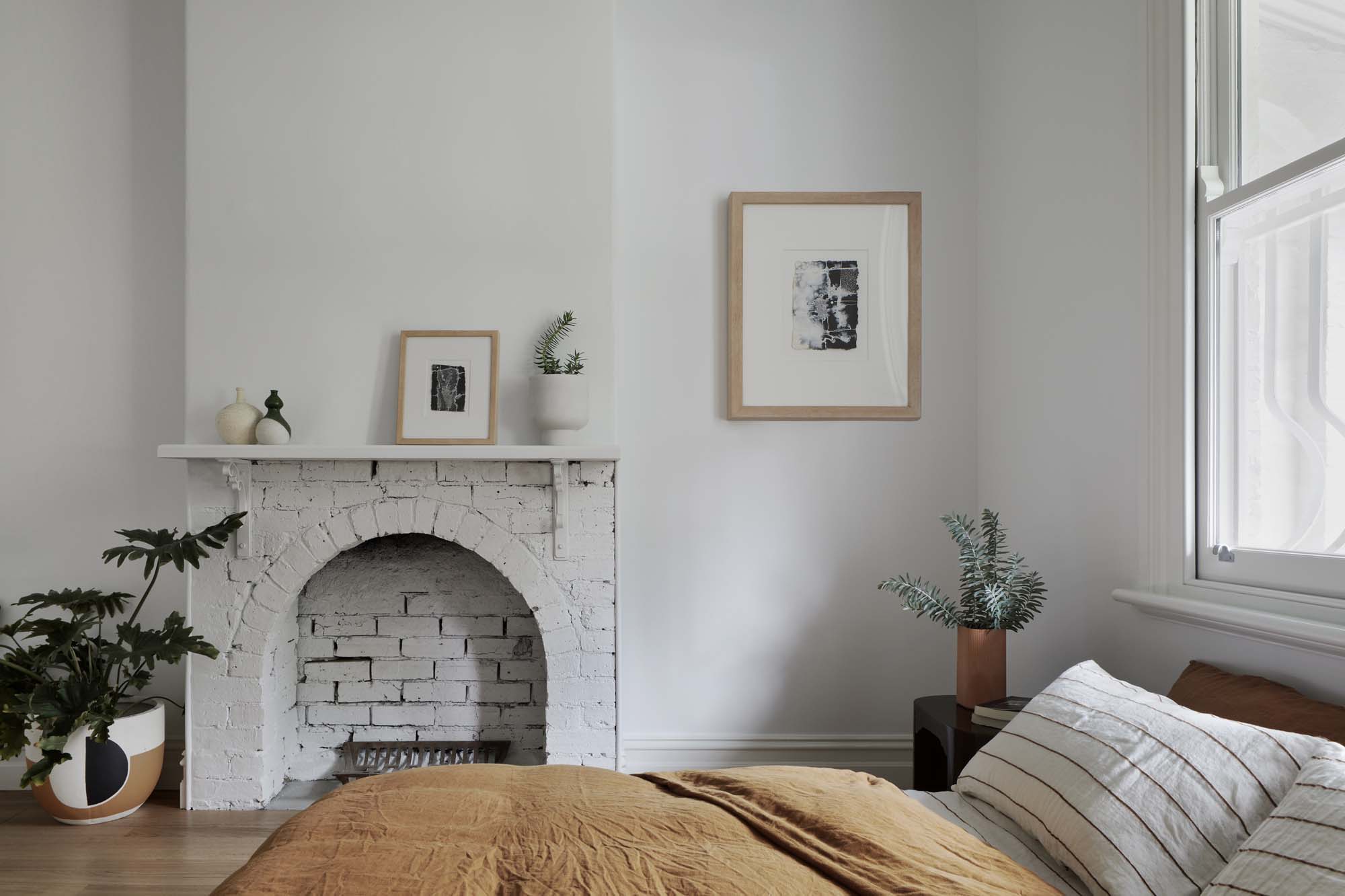 The original home had two front bedrooms and a living room to the rear: a very typical layout of the period. Over the years, lean-to additions had been added to house the kitchen, laundry and bathroom which left the living area cut off from the outdoors and meant the house became increasingly darker, smaller and lower as you wandered through it! 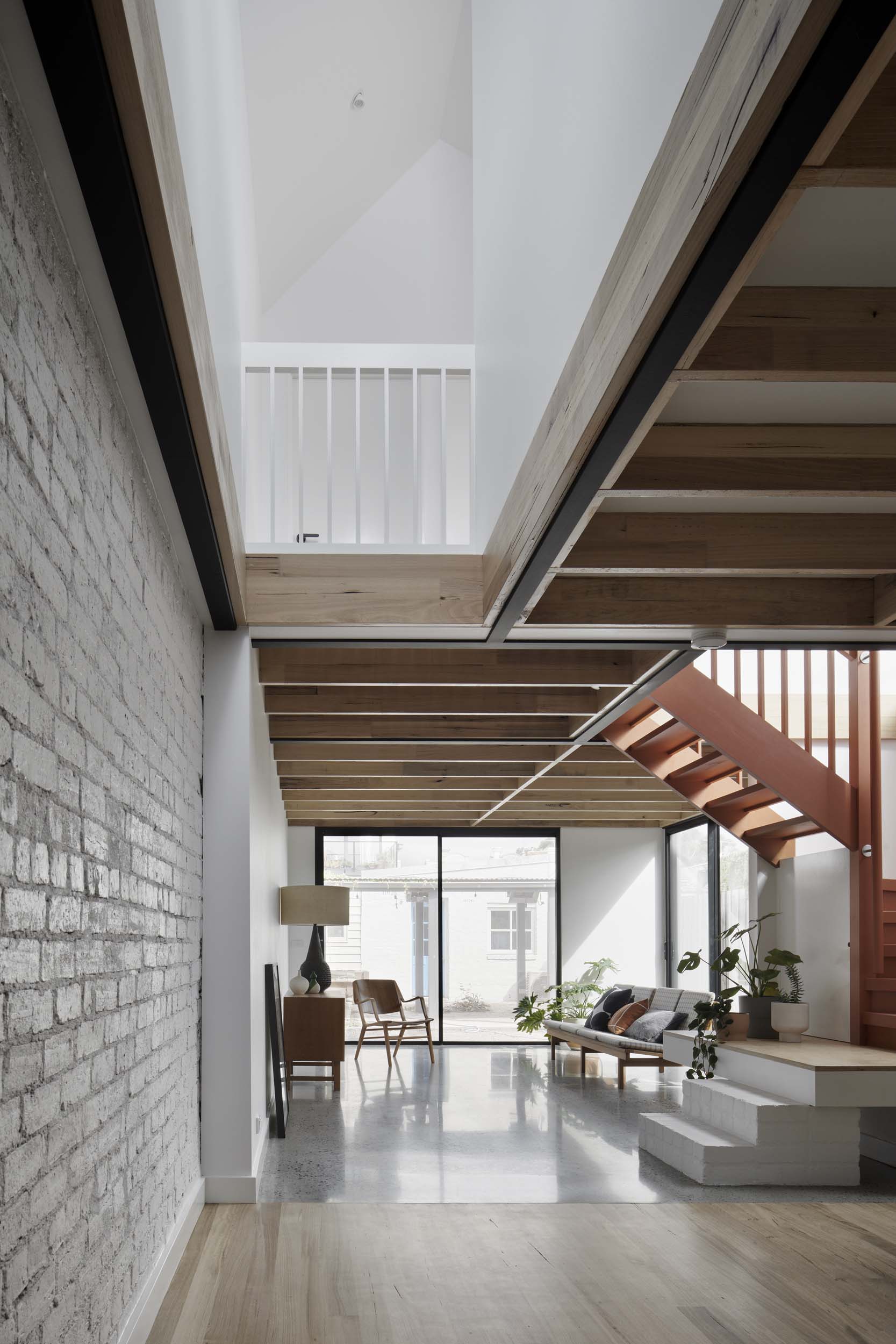 The owners wanted a separate kids' area, a larger living area opening to the outdoors, an updated kitchen and bathroom, more light and a sense of space on the tight site. It was also important to address the damp subfloor and improve the overall environmental responsiveness of the home. But they didn't want a soulless addition that could be anyone; they wanted a home that had a sense of individuality and included their own personal touches. 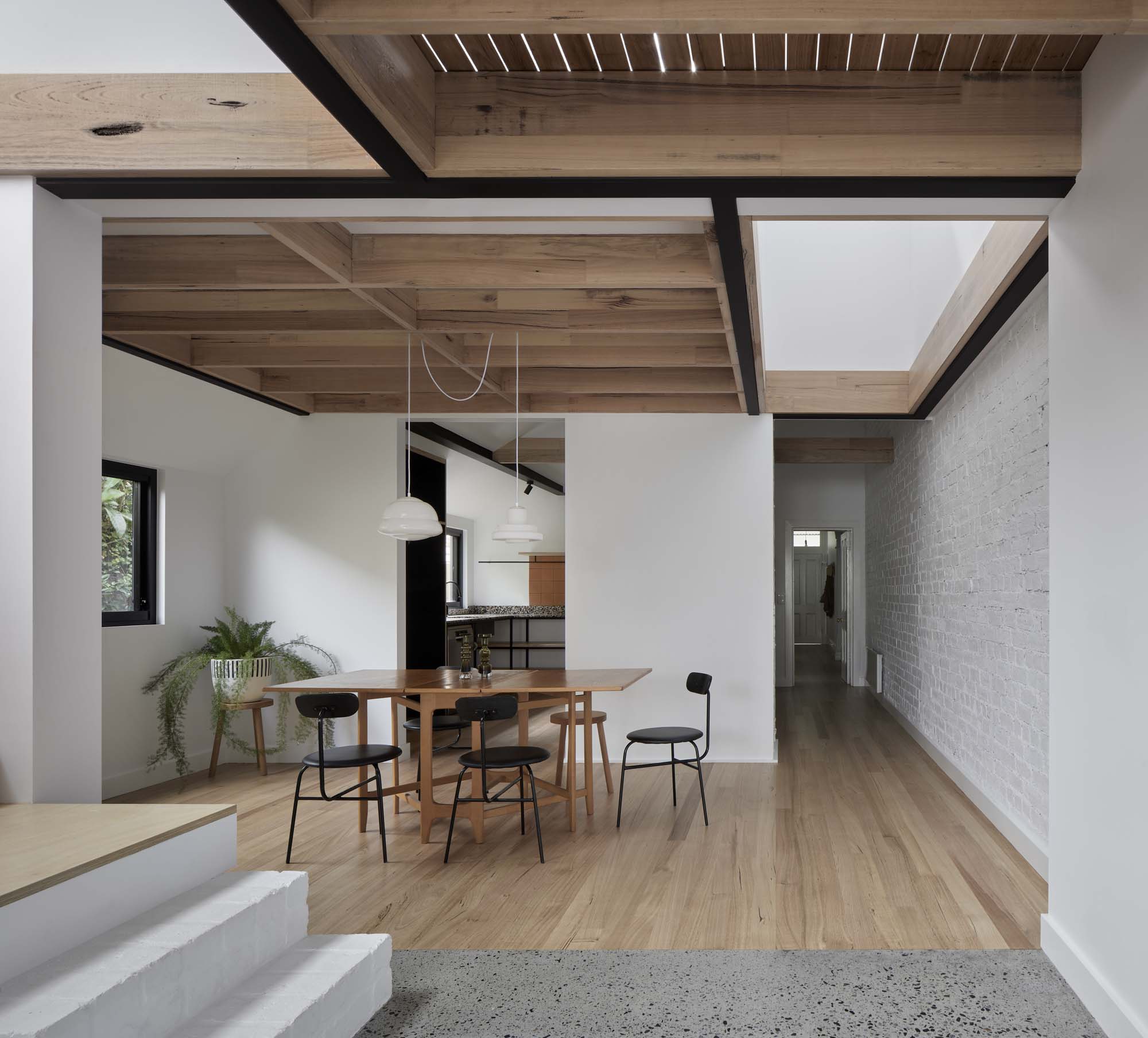 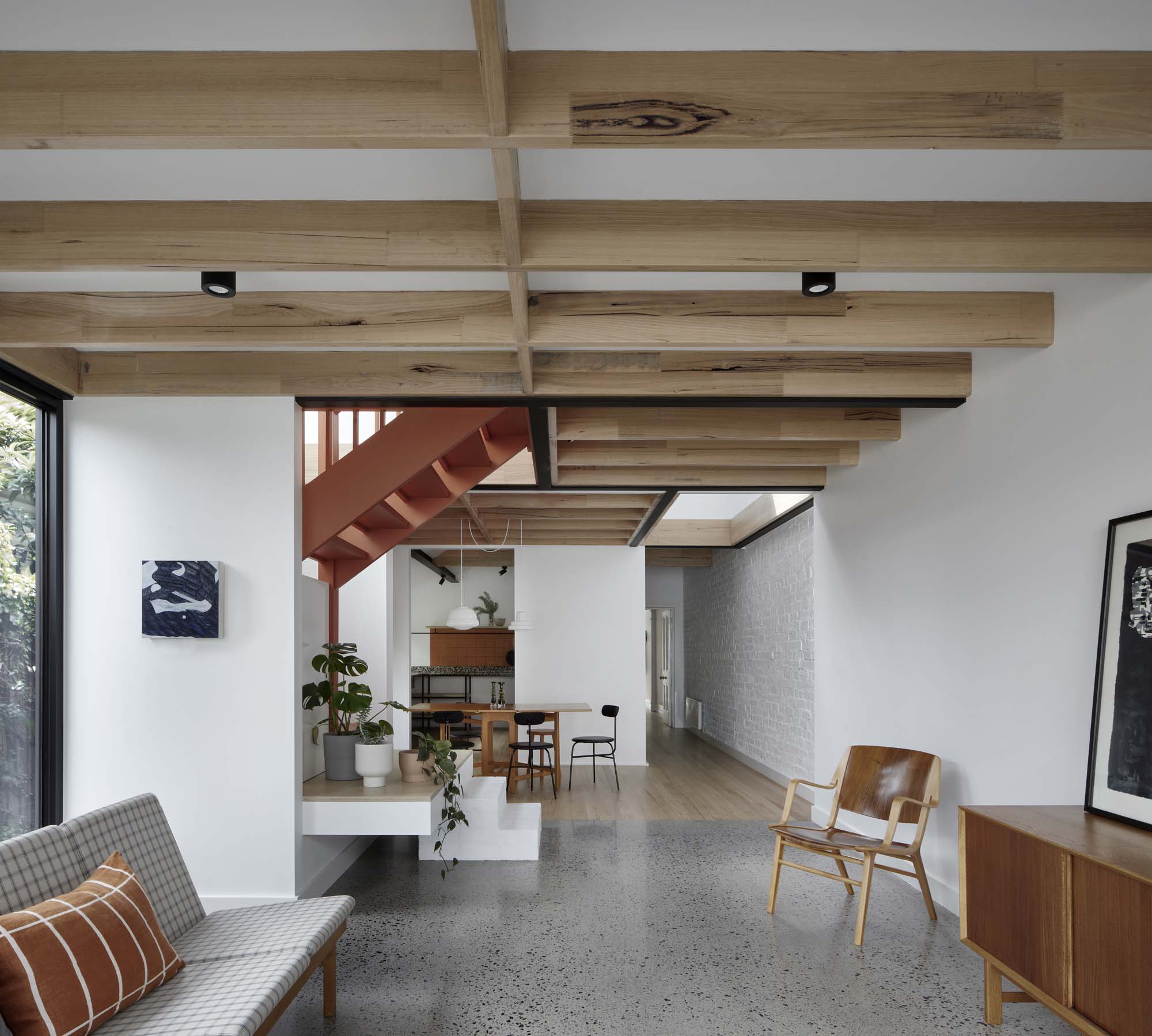 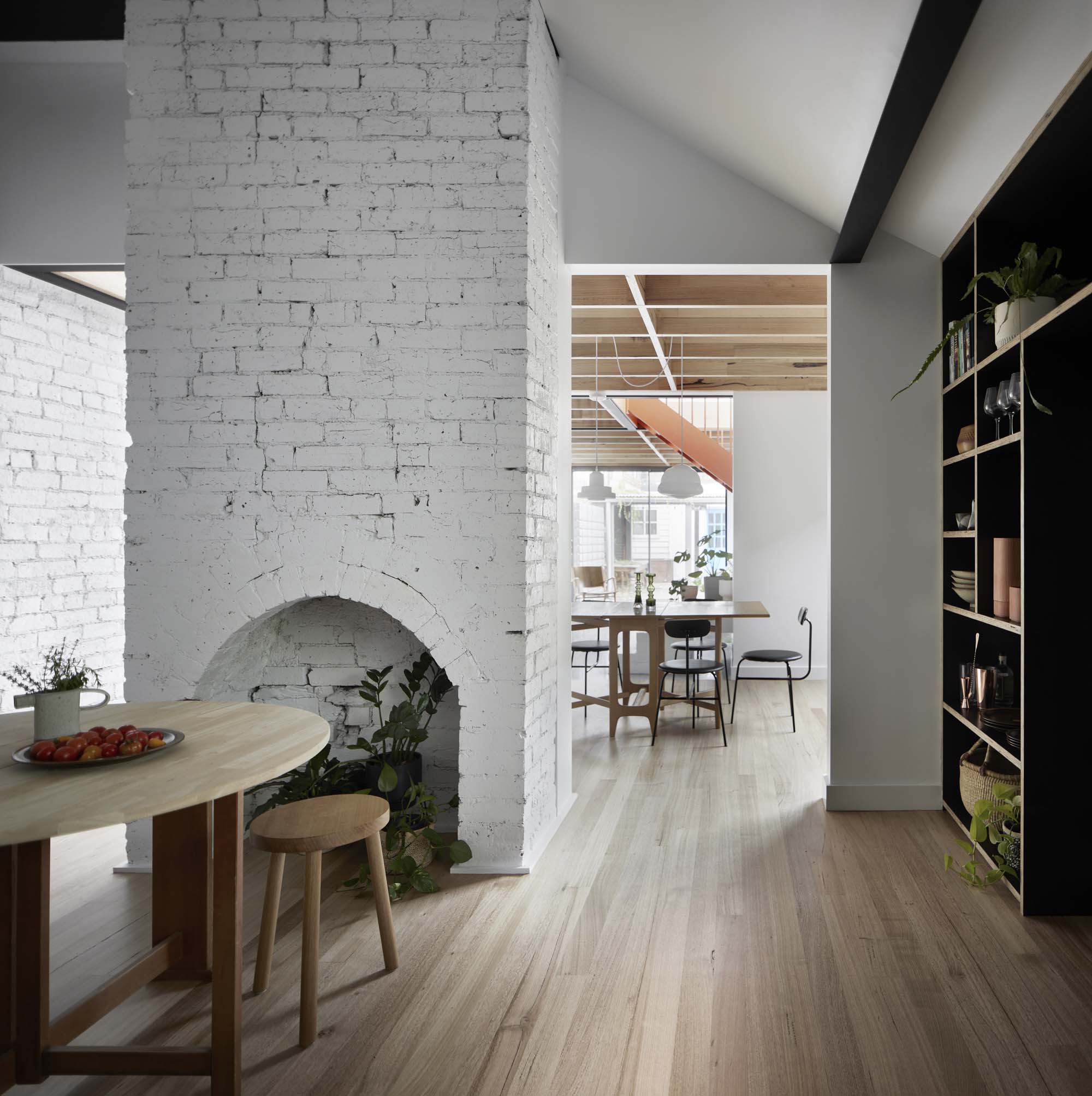 The solution opens up the rear of the home, with a new living area opening onto the backyard. The original lounge has been turned into a kitchen and an original fireplace is treated like a centrepiece of the space and acts as a screen between the kitchen and dining areas. The front bedroom remains and its heritage features are retained. 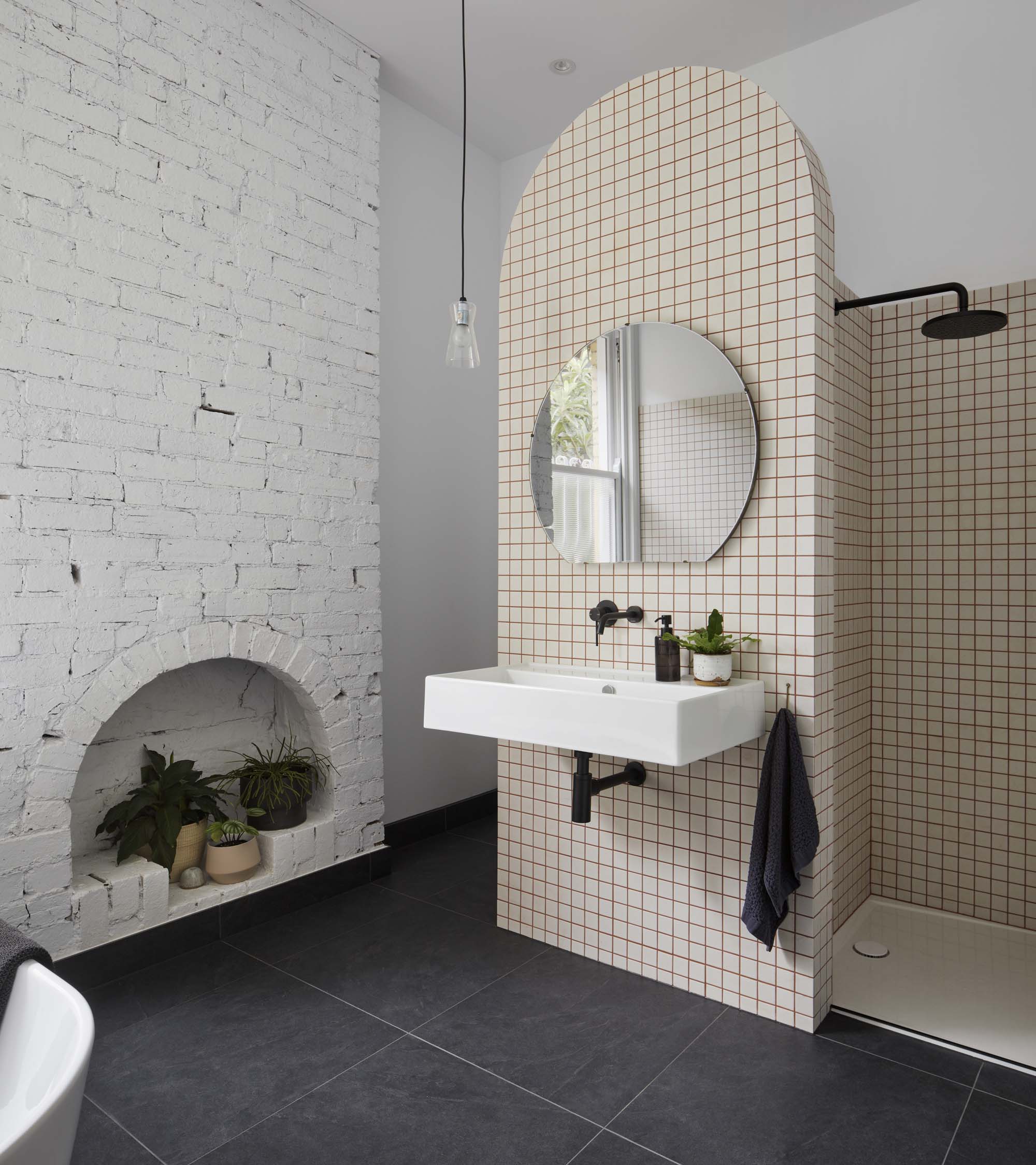 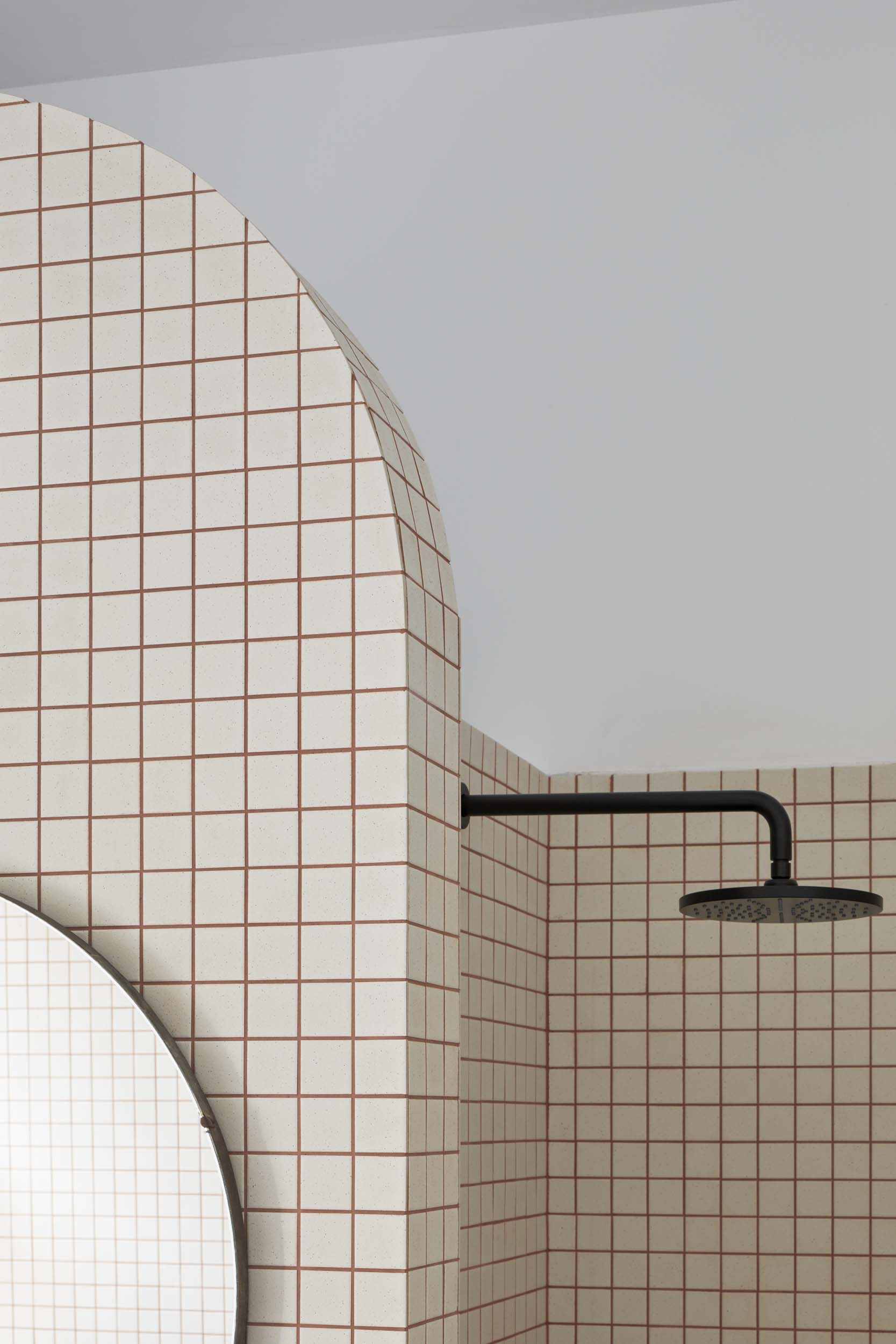 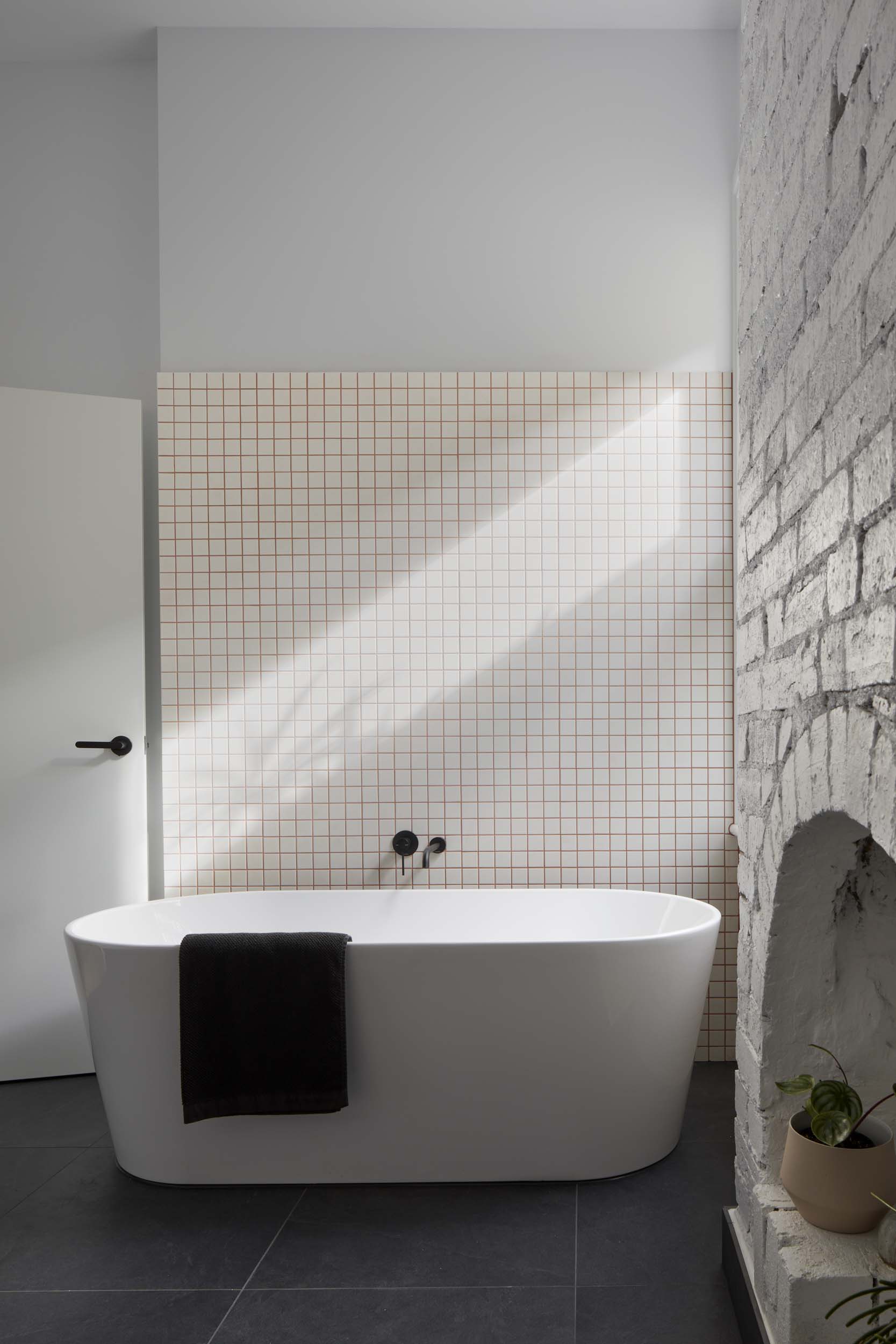 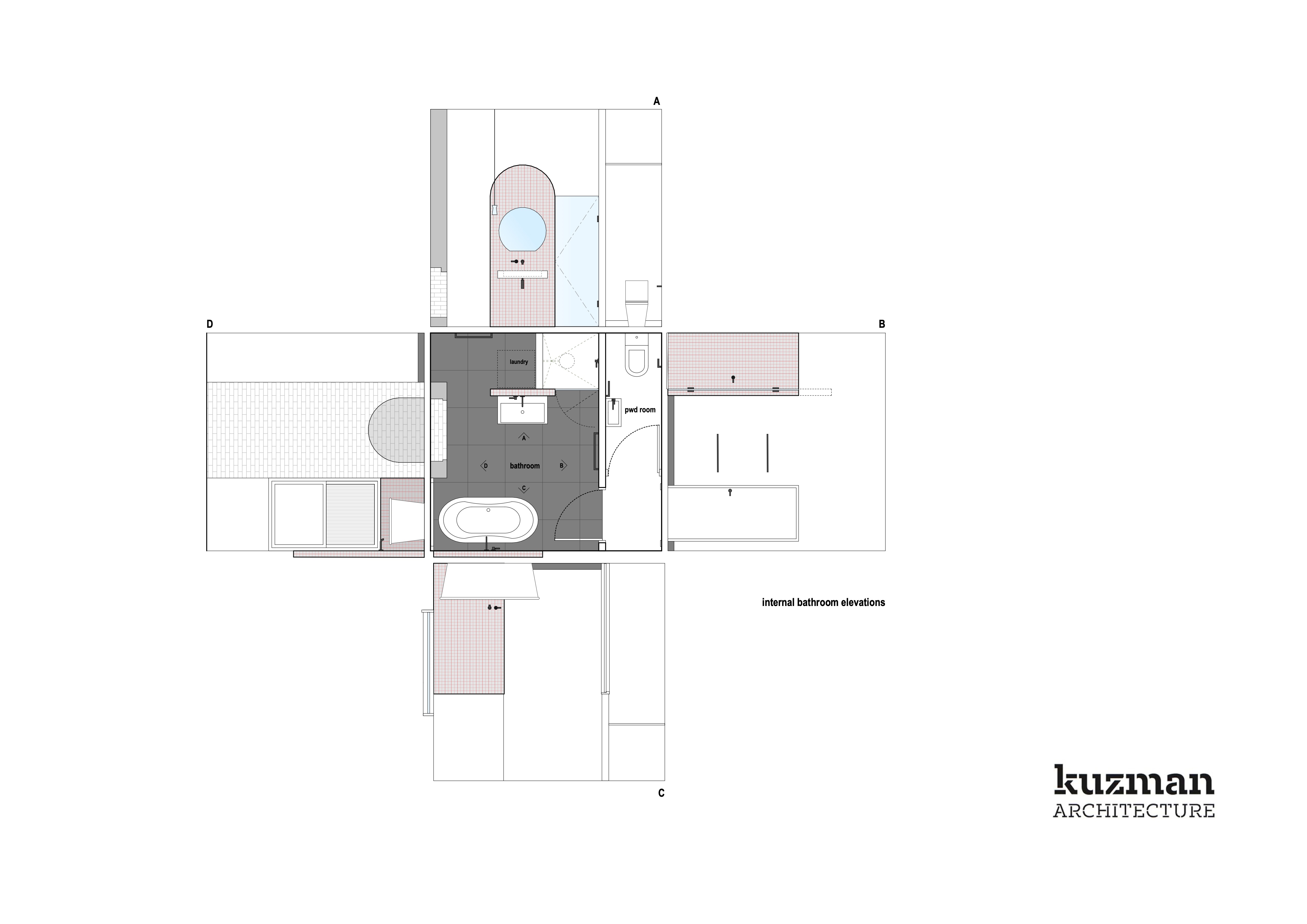 What was the second bedroom is a quirky surprise. It's now a bathroom and laundry space that is inserted into the original space without sacrificing its proportions or heritage features. A bold tiled arch divides the space into zones, rather than full-height walls which would lose the original rooms integrity. Simple white tiles are elevated with terracotta grout, adding a pop of colour in the otherwise monochrome space. The fireplace is retained and the new arched vanity playfully mimics it. Thanks to this clever arrangement, the bathroom feels spacious and packed full of personality. 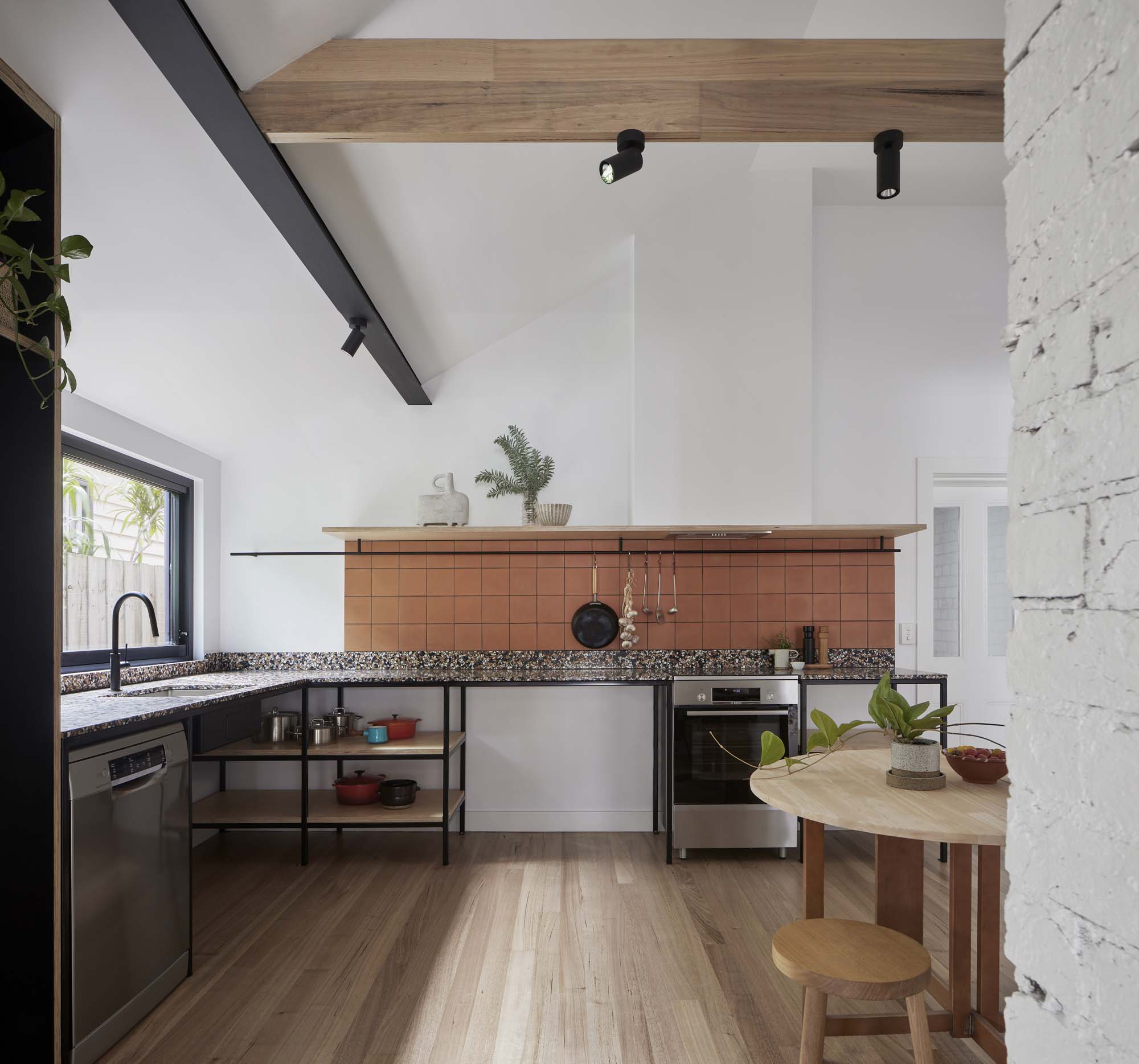 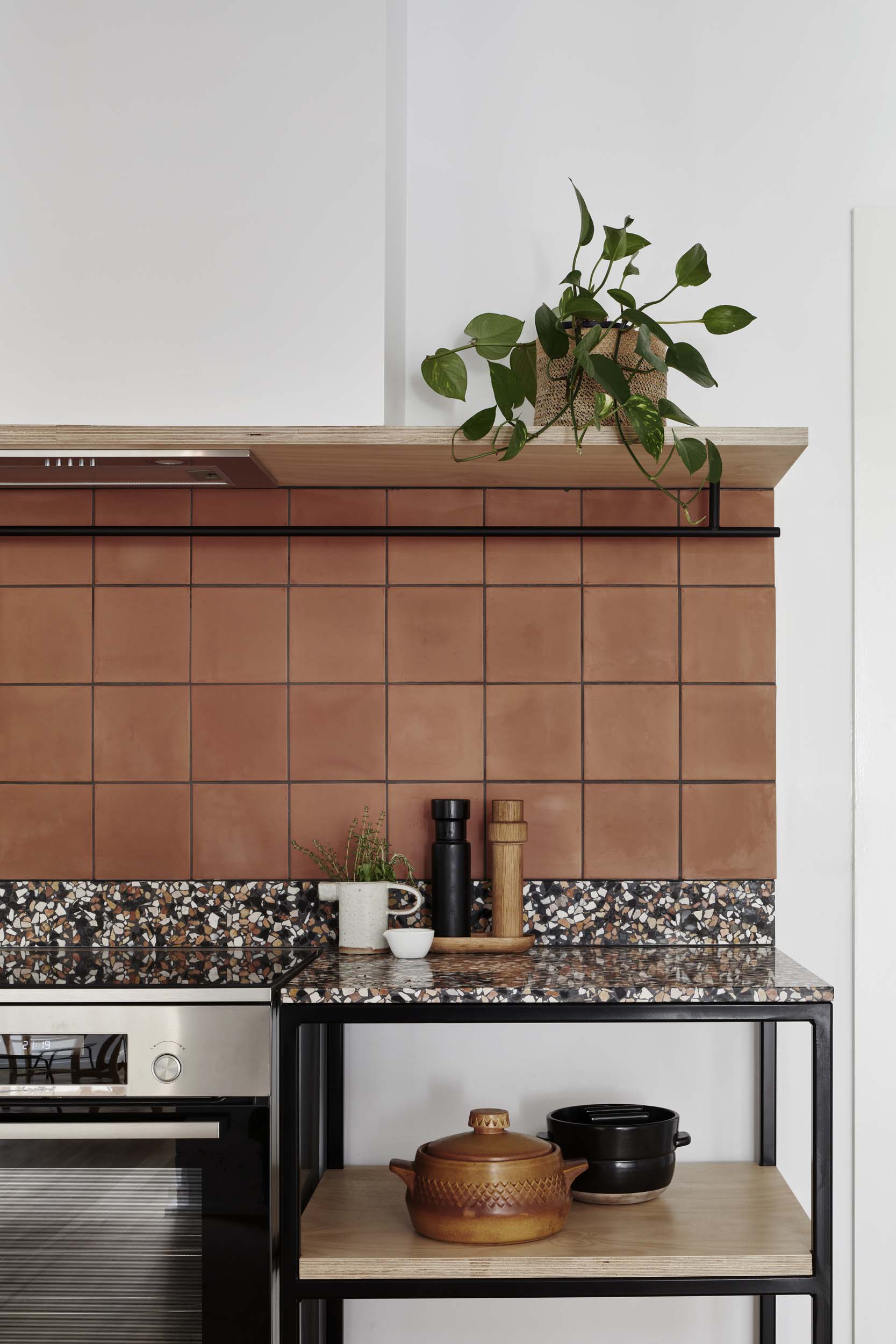 The kitchen space enjoys a sense of volume thanks to a ceiling that follows the roofline. The owners weren't interested in traditional cabinetry in the kitchen. Instead, open shelving was created with steel and plywood to suit their needs. A terracotta-tiled splashback and terrazzo benchtop inject warmth and character into the space. 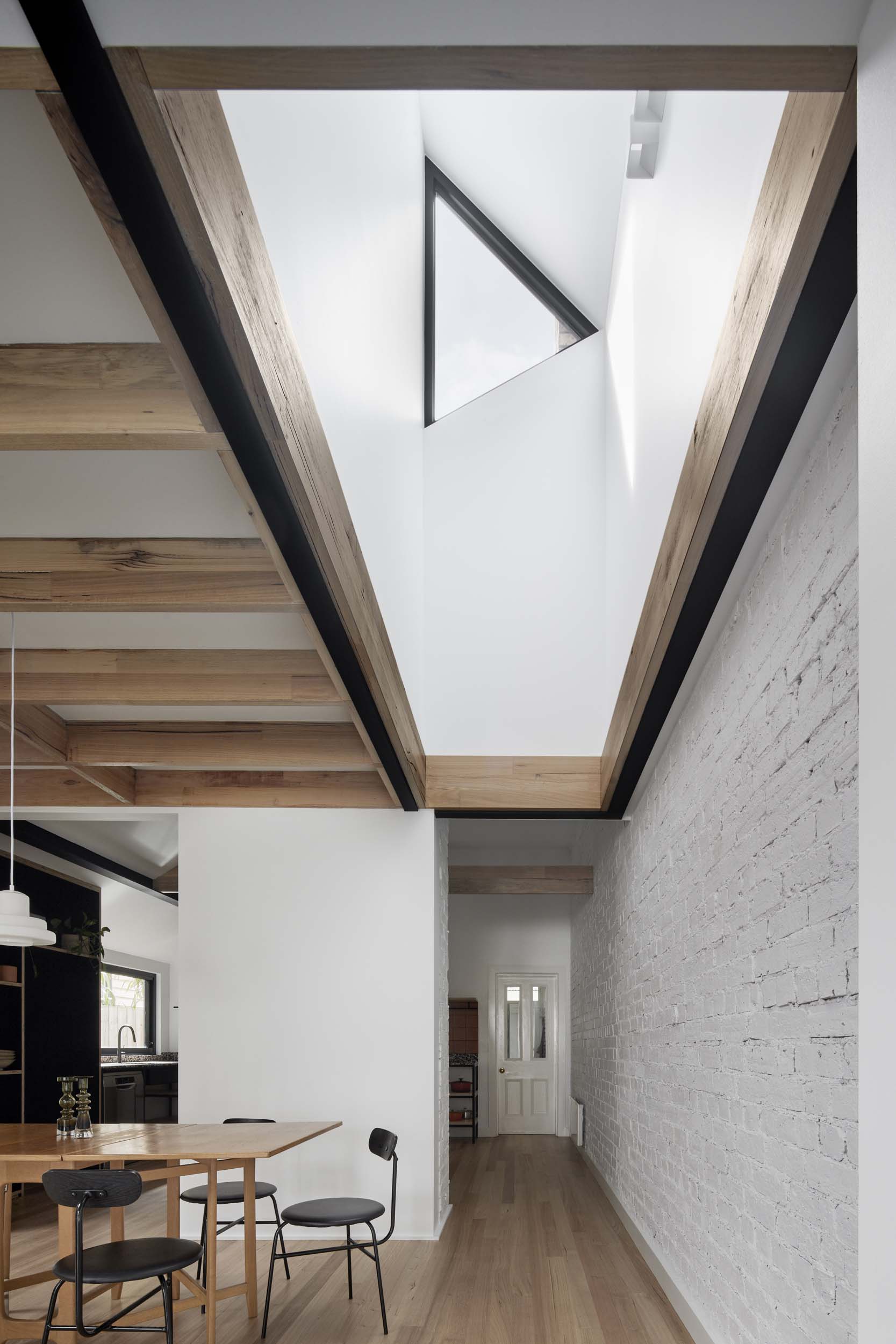 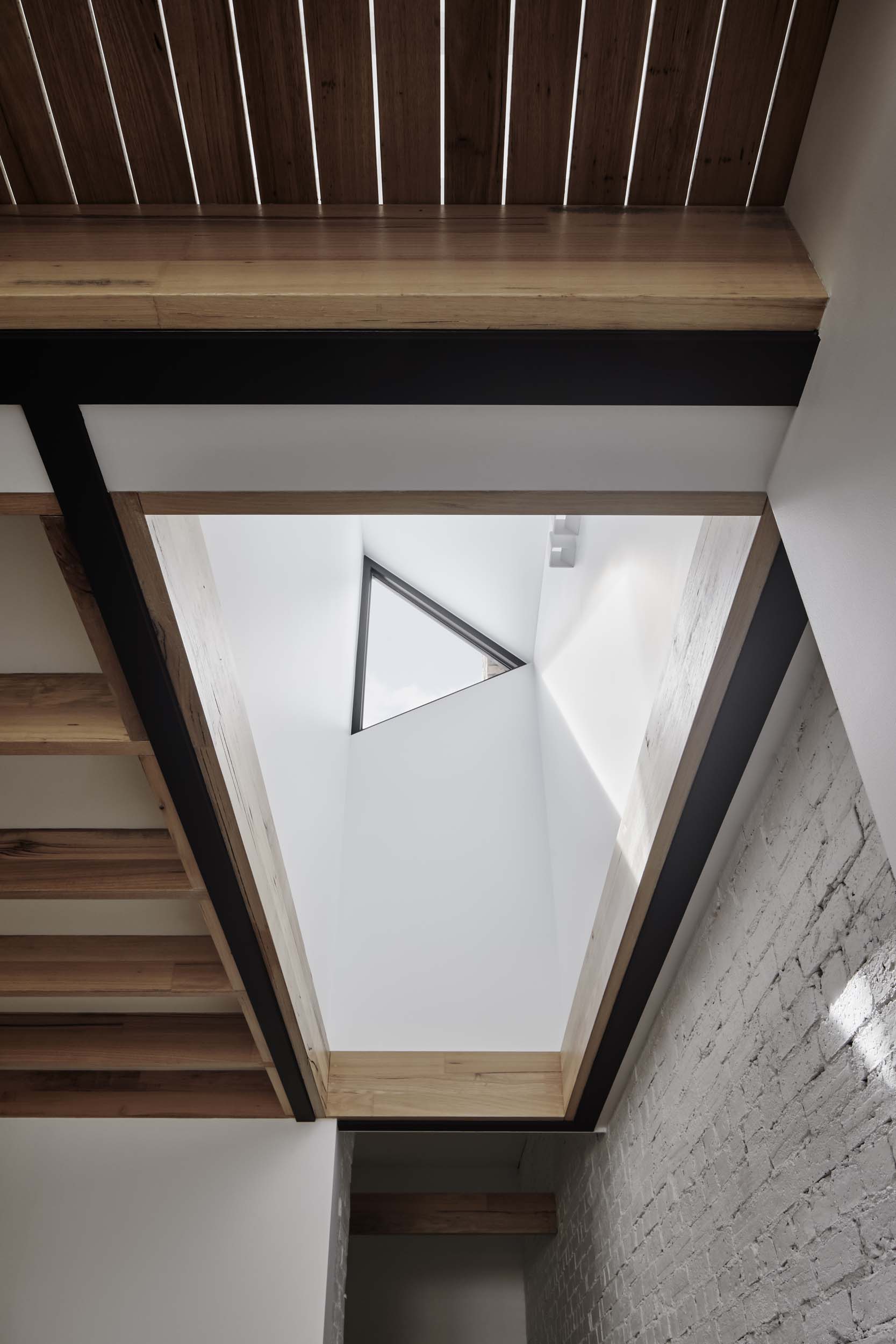 Upstairs is the kids' zone, with two bedrooms and a toilet. A triangular window to the north, following the roofline and an open void space below, brings light into the centre of the home and creates a sundial effect; a triangle of light moving through the home as the day progresses. 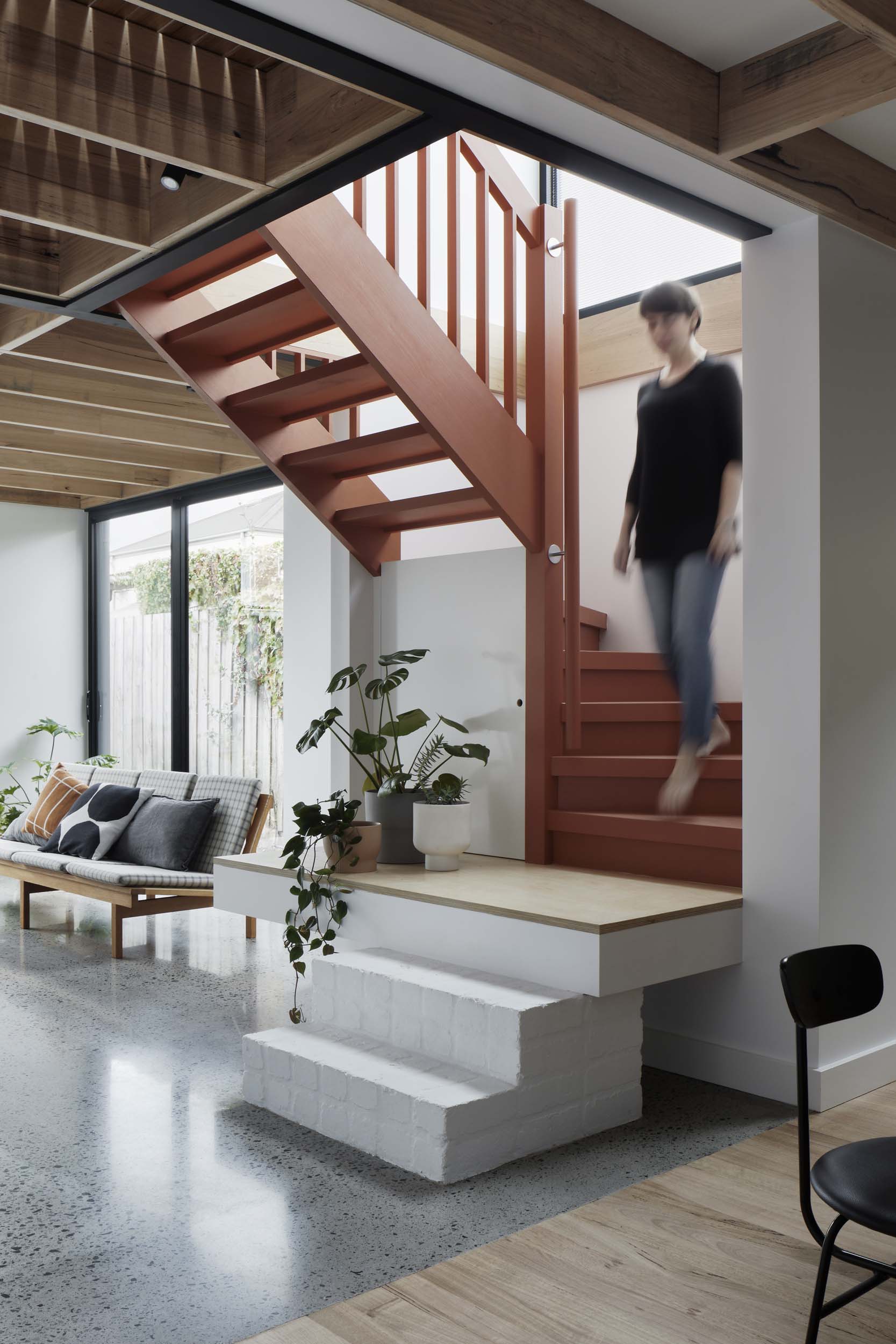 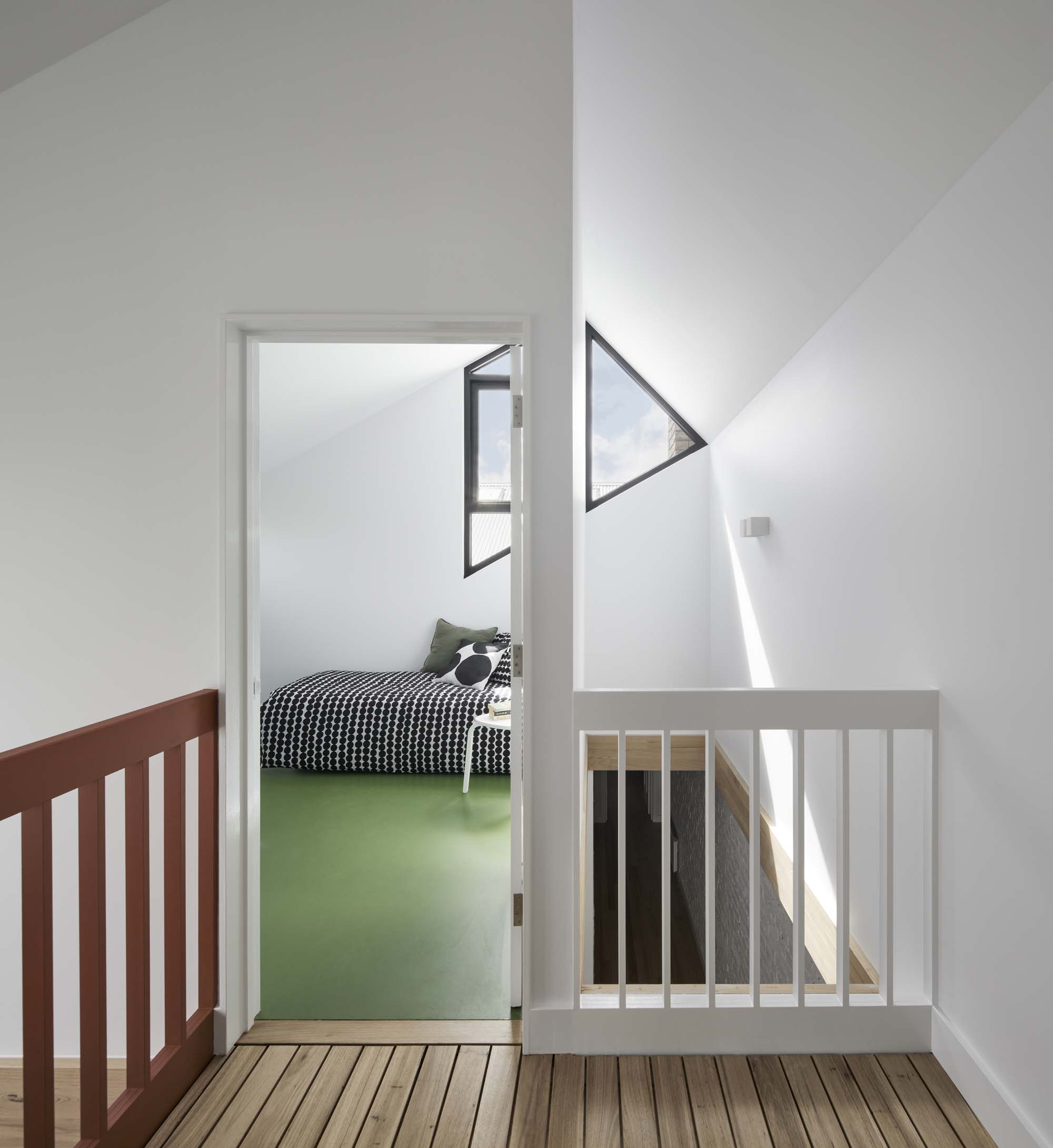 To keep the costs in check, an off-the-shelf stair is used, but emboldened with Dulux 'Simply Terracotta' to tie in with other terracotta elements through the home. Similarly, "the upstairs bedroom floors were simply sheeted and painted with Dulux 'Asparagus Sprig' for a fresh and playful effect."

The white walls throughout act as a blank canvas for the owners to display their favourite items as well as highlight the various pops of colour. They also help to bounce light around and give an open, airy feeling to the home. "Heirloom pieces from the owner's German heritage are dotted throughout the house: such as the mirror and pendant light in the bathroom and the opaline glass light fittings in the dining room", explains the architect. 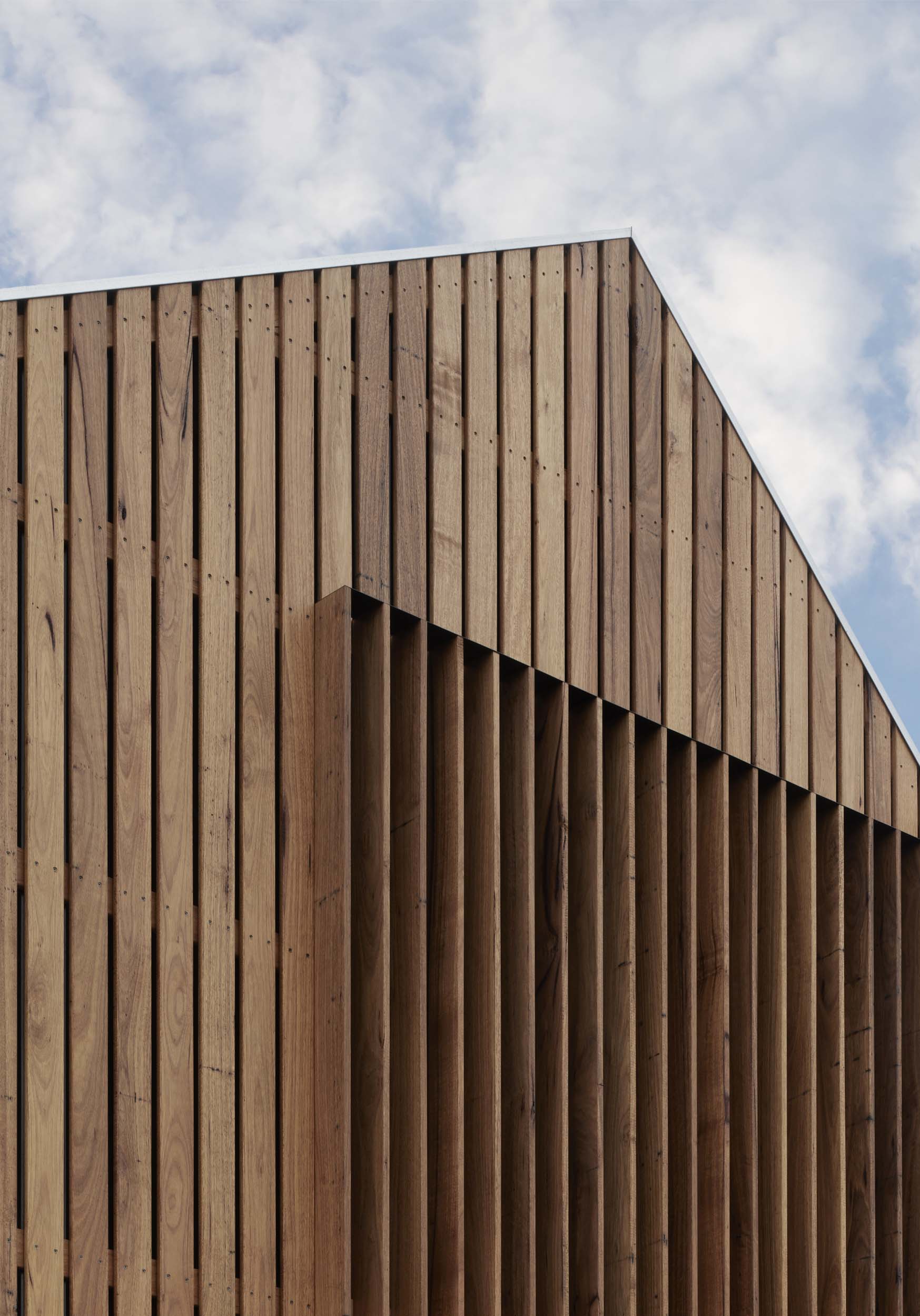 "What was once a dark damp house is now filled with light, colour and moments", explains the architect. Money was spent on fixing the problems with damp and creating new spaces that grab the light and open to the backyard. Peek House, built before cars, aeroplanes and mobile phones, can now live on for many more years to come; the perfect space for this family and with a renewed sense of personality. 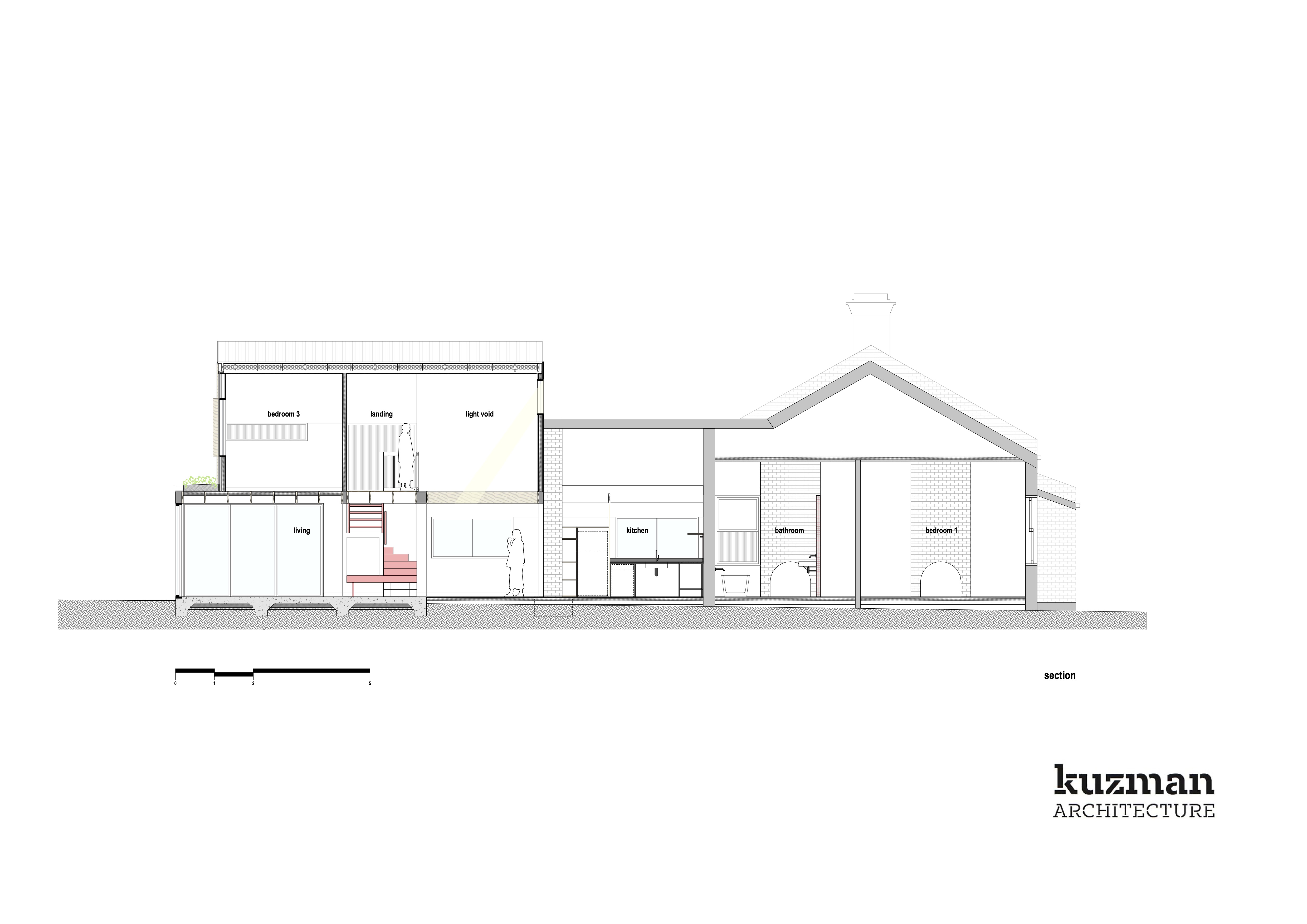 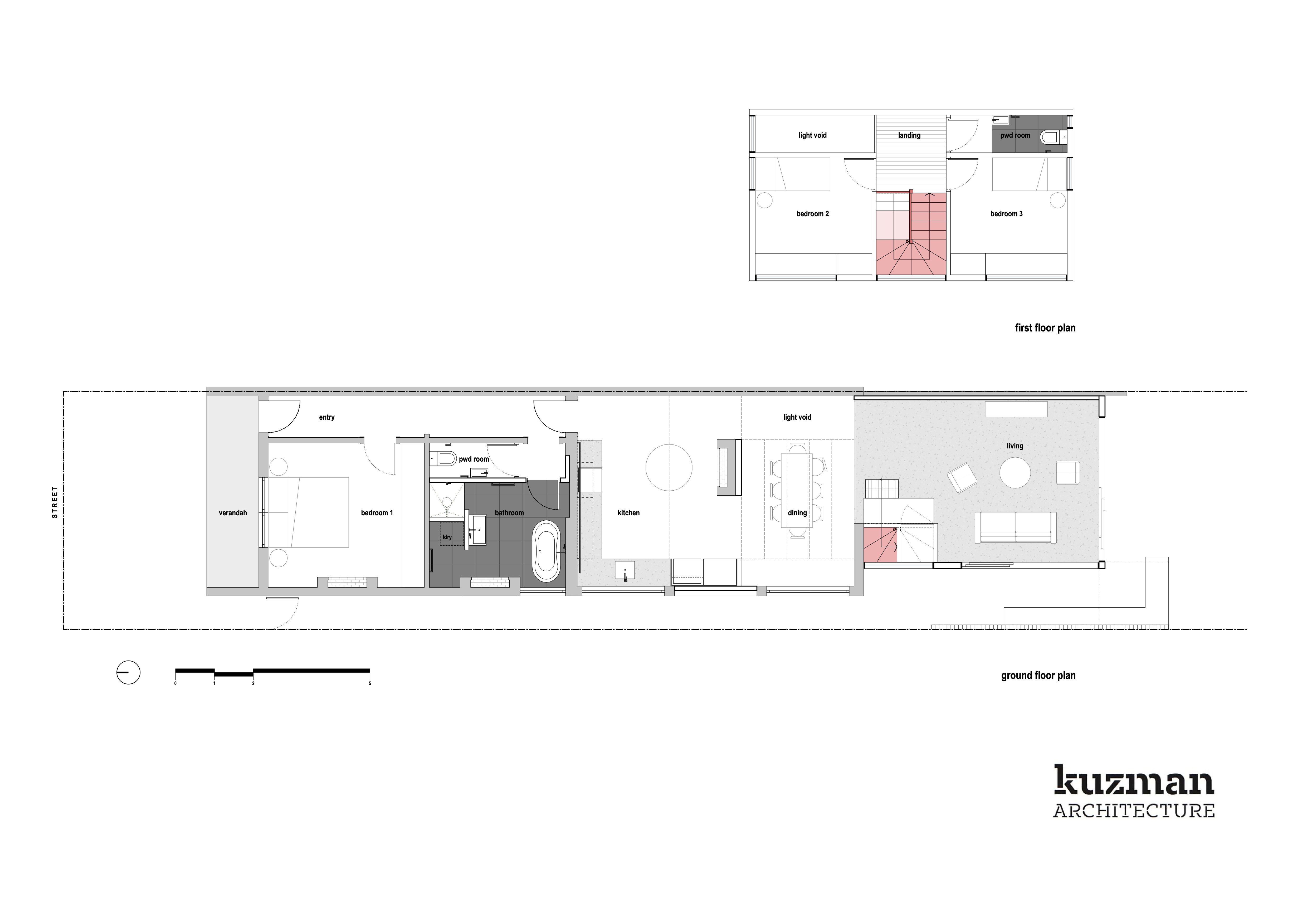