In Portsea at the tip of Mornington Peninsula, Watson Architecture + Design have designed the appropriately named Peninsula House. 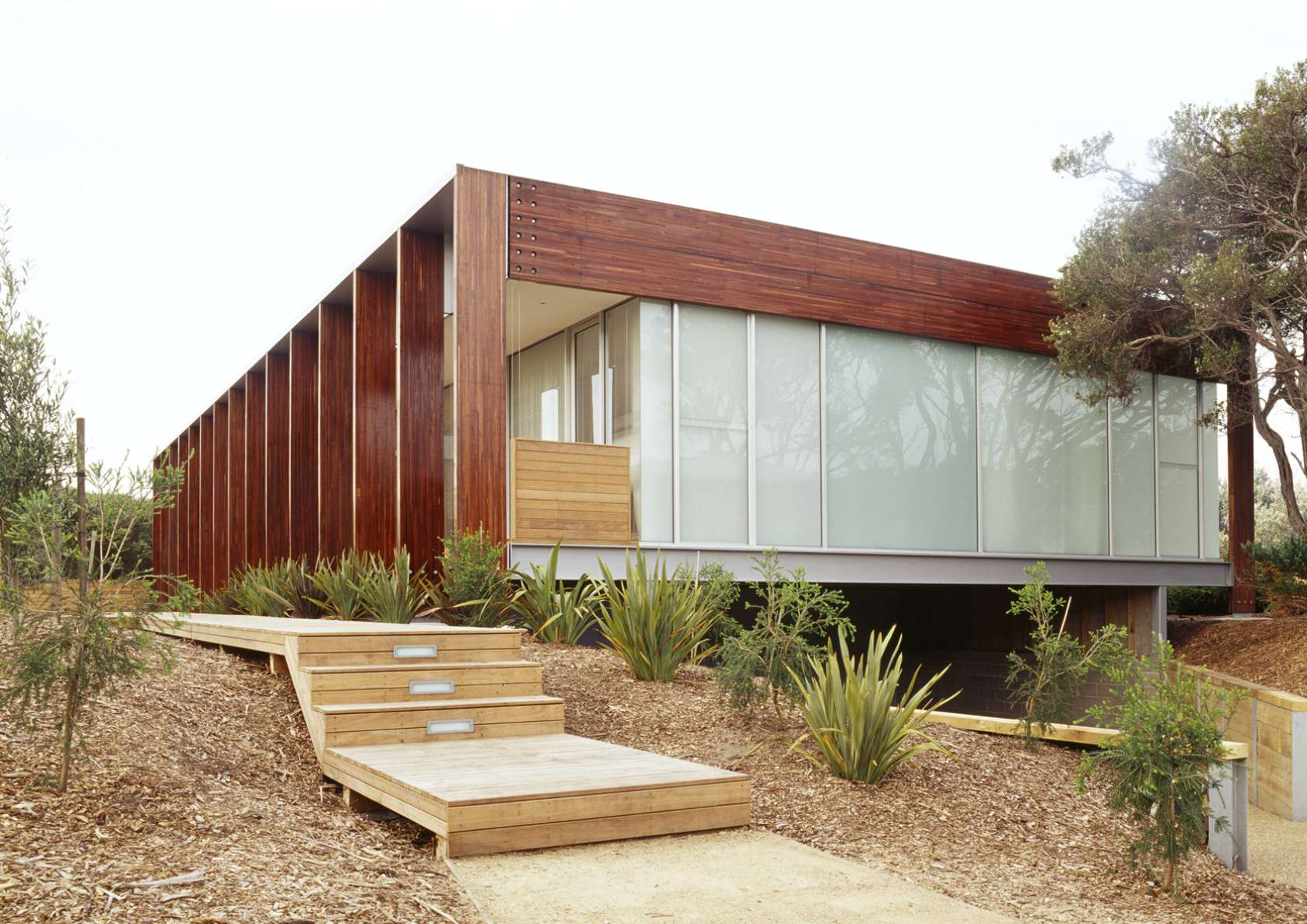 The new home sits just a few hundred metres from the sometimes wild and rugged coastline. A split-level design with with a generous deck covered by a large timber-finned exoskeleton. The design is minimal, but the use of up to 75 per cent recycled timber brings warmth. 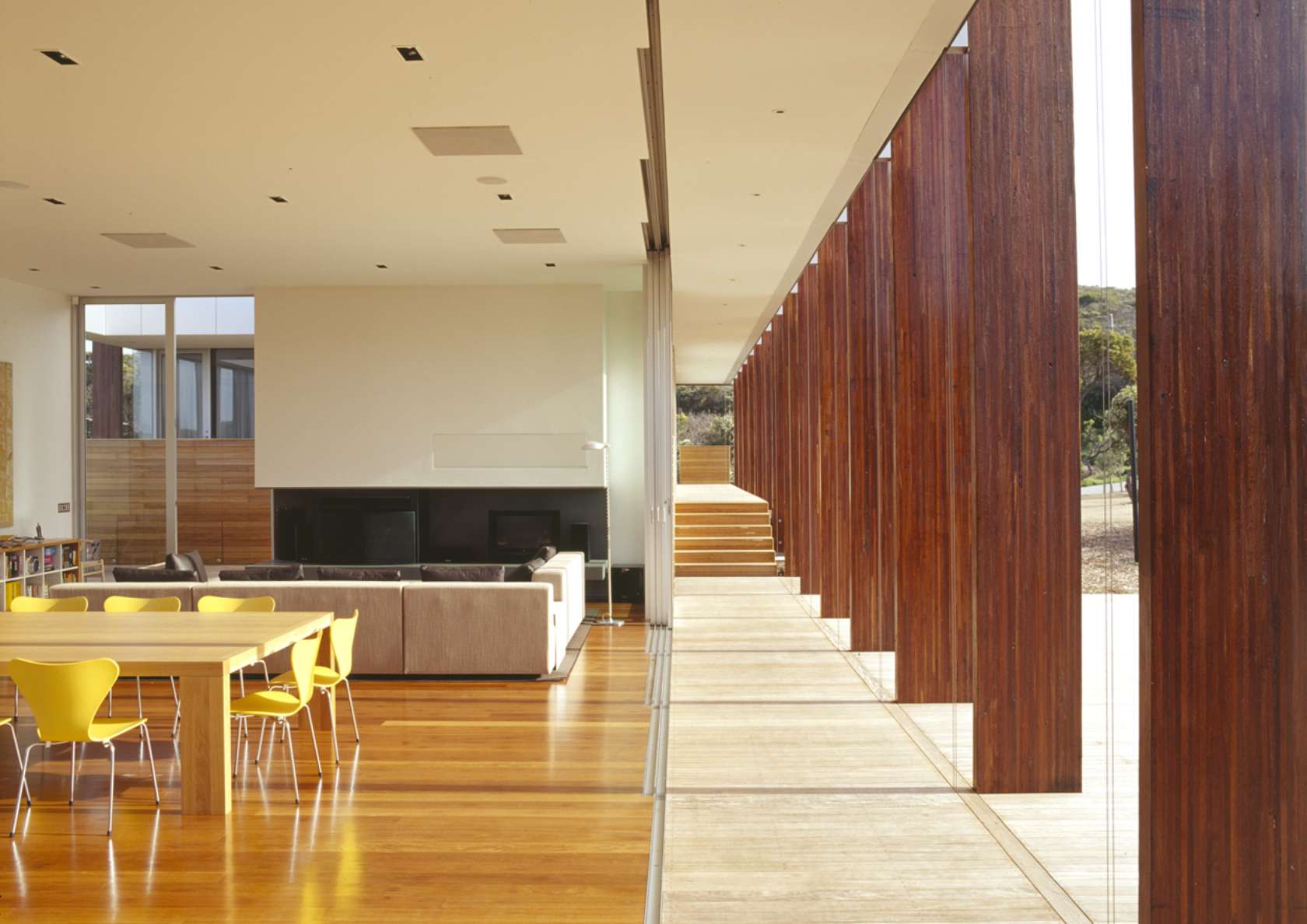 The clients' brief called for an informal home - one which was just as comfortable for one person as it would be for ten. Peninsula House consists of a private master bedroom and ensuite plus two large bedrooms which share a central bathroom. One combined open plan living, dining and kitchen area opens out towards large north and west facing decks and nestled below the house is an under croft parking space, laundry and storage areas. 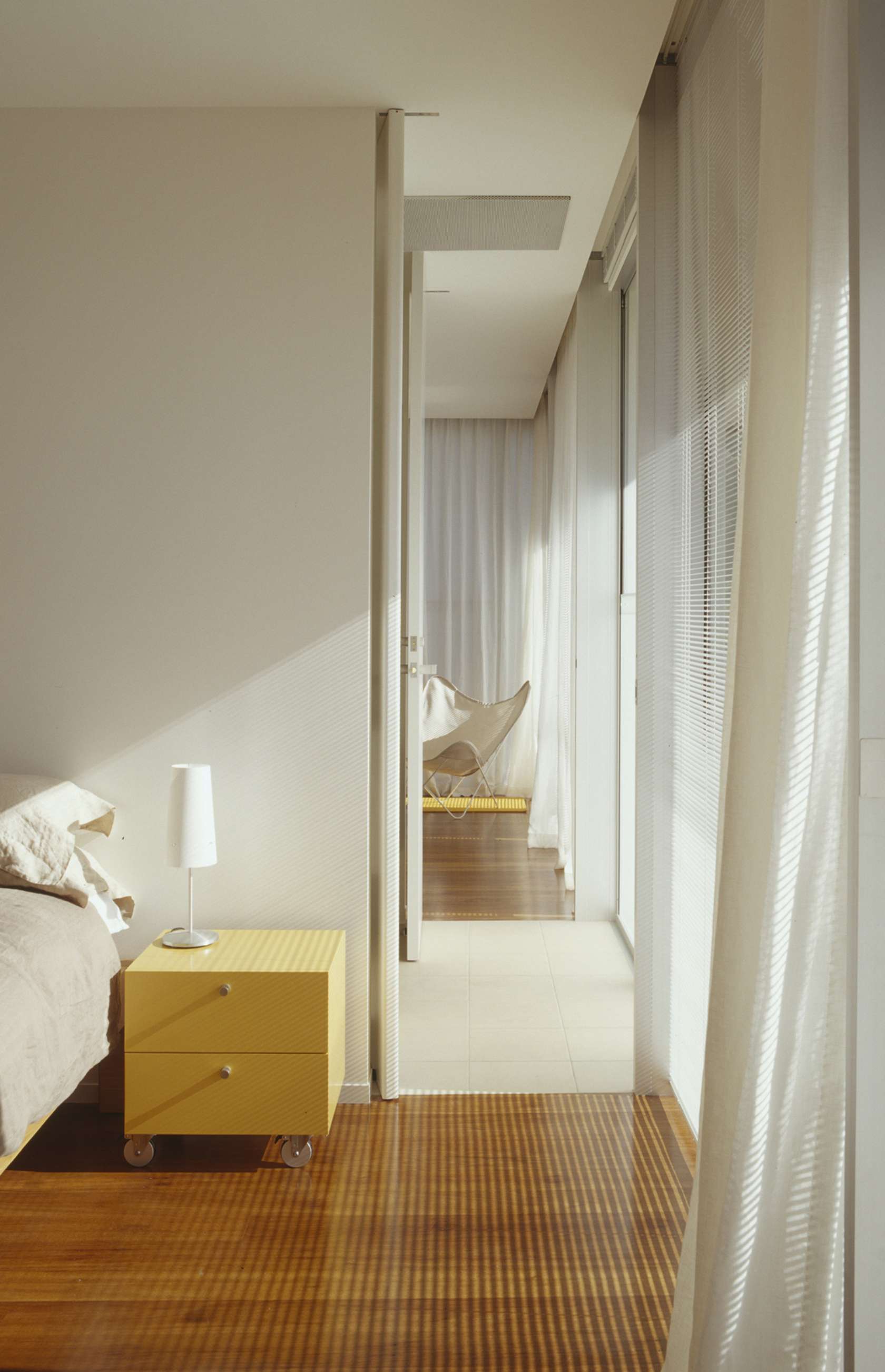 The spaces are split into two glazed pavilions - communal and private - separated by a covered outdoor space. This ensures that late night entertaining won't disrupt others trying to sleep. The planning is simple, with all circulation directed to the deck - encouraging a connection with the outdoors. In fact, the open-plan kitchen and living space opens on two full sides to seamlessly expand onto the deck and outdoor areas, enhancing the relationship between indoors and outdoors. 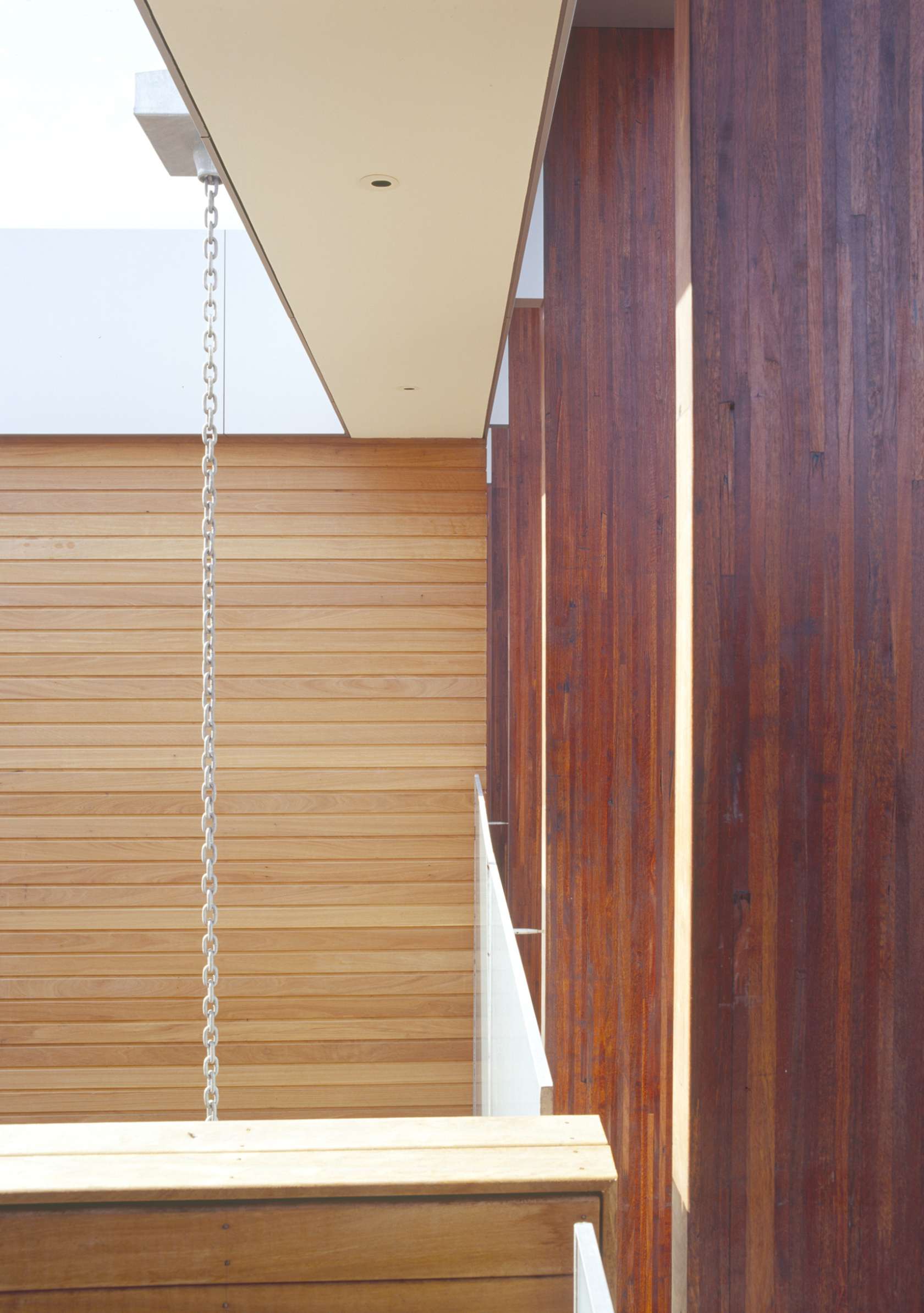 In spite of the two seperate pavilions for living and sleeping, the house is unified by the continuous structure expressed externally. This allows for generous column free internal spaces while the integration of a single, large and well insulated roof connects and protects the two main zones. 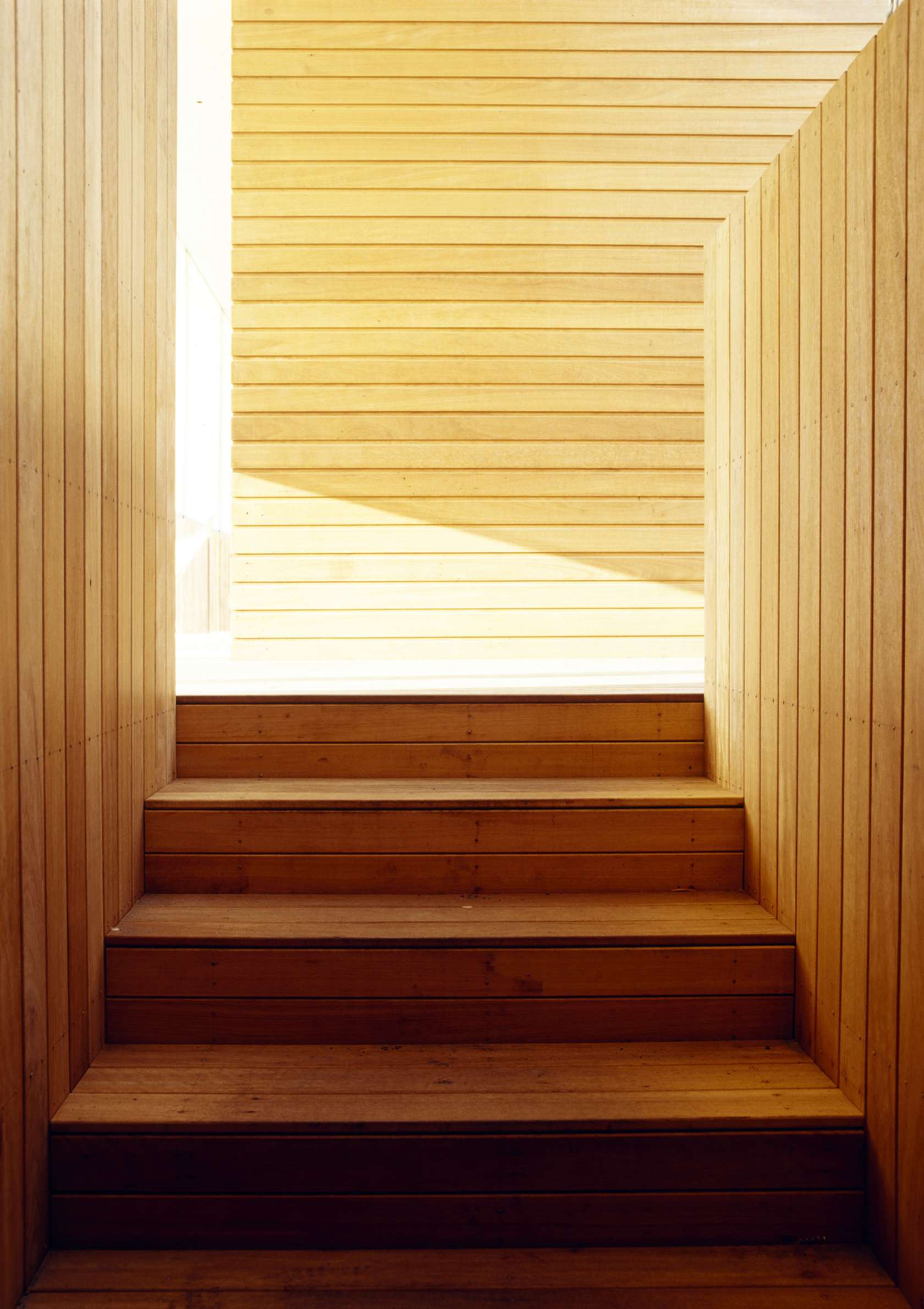 Recycled materials also play a key role in the design - lending instant character and history to the new home. All the floors, decking and timber cladding in the building are made from recycled timber that was once the seating in a large sports stadium in Melbourne (VFL Park) while the massive laminated jarrah wall columns were salvaged and recycled from the roof beams of a 50 year-old warehouse in Perth. 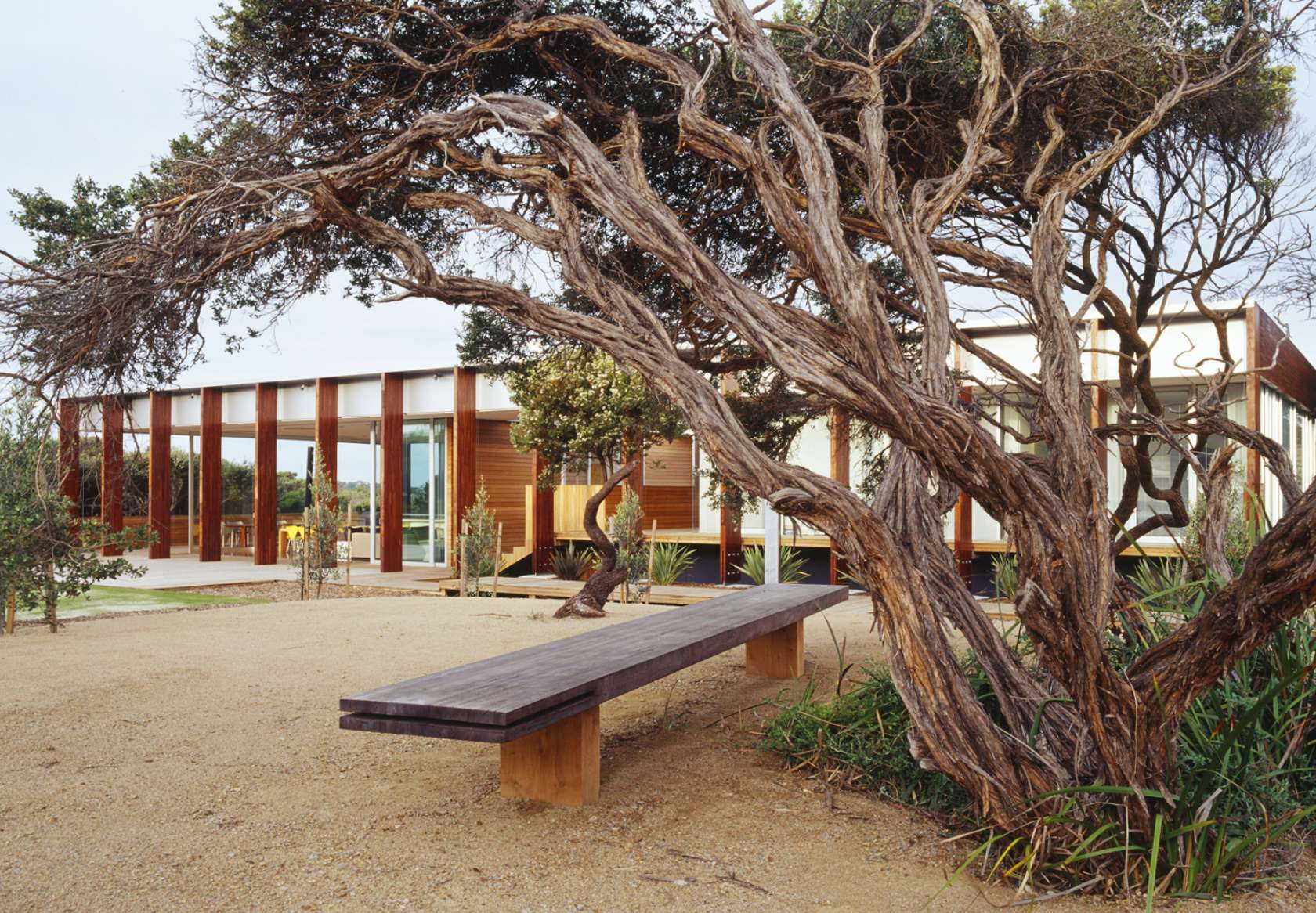 The entire structural frame of the beach house was prefabricated. Prefabrication helped to minimise building time on-site. The site site could be prepared with footings and floor structure while the timber blade columns and steel trusses were being fabricated off site. Over a period of several days the entire structure was erected with the timber columns remaining in pristine condition. 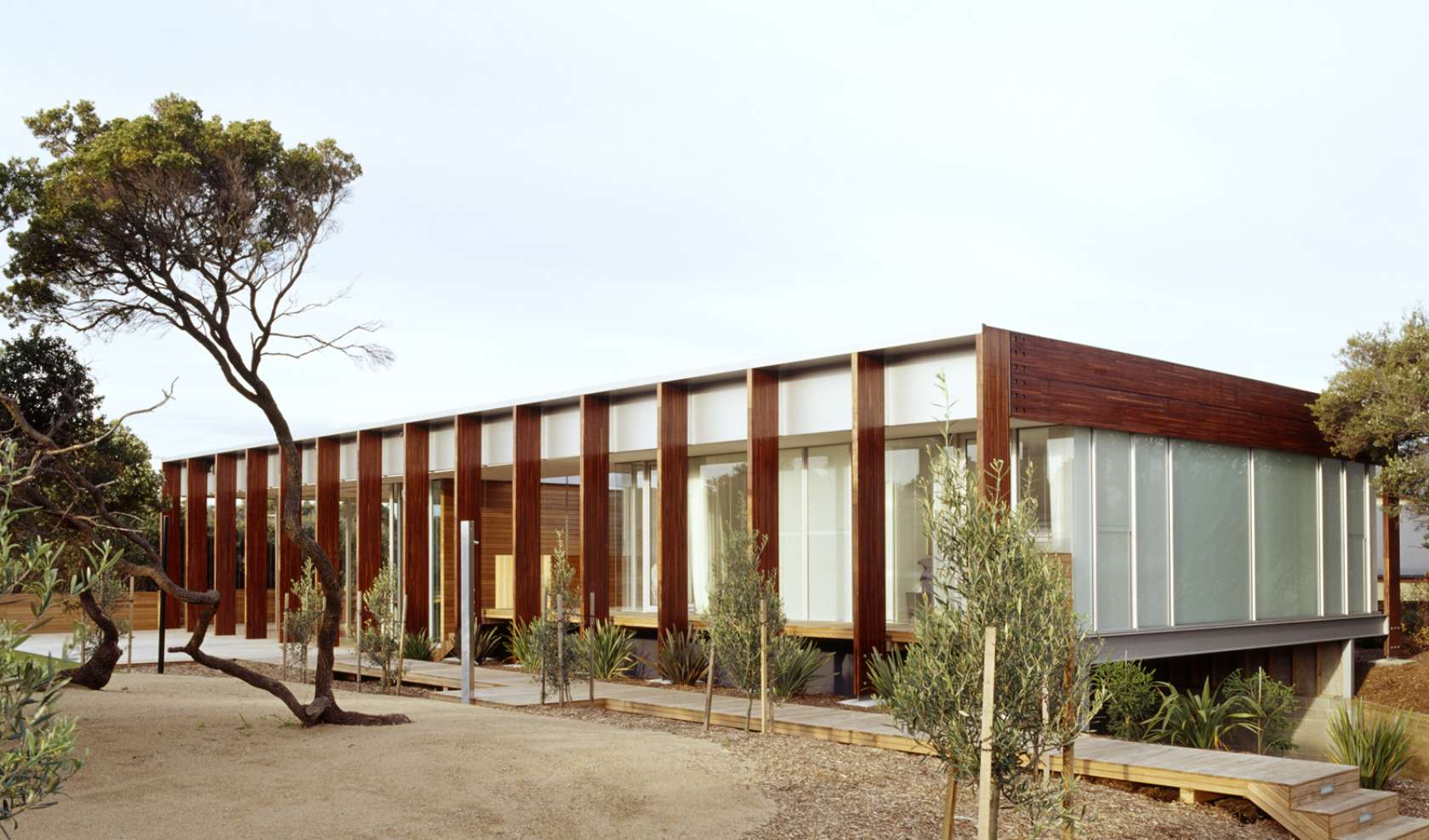 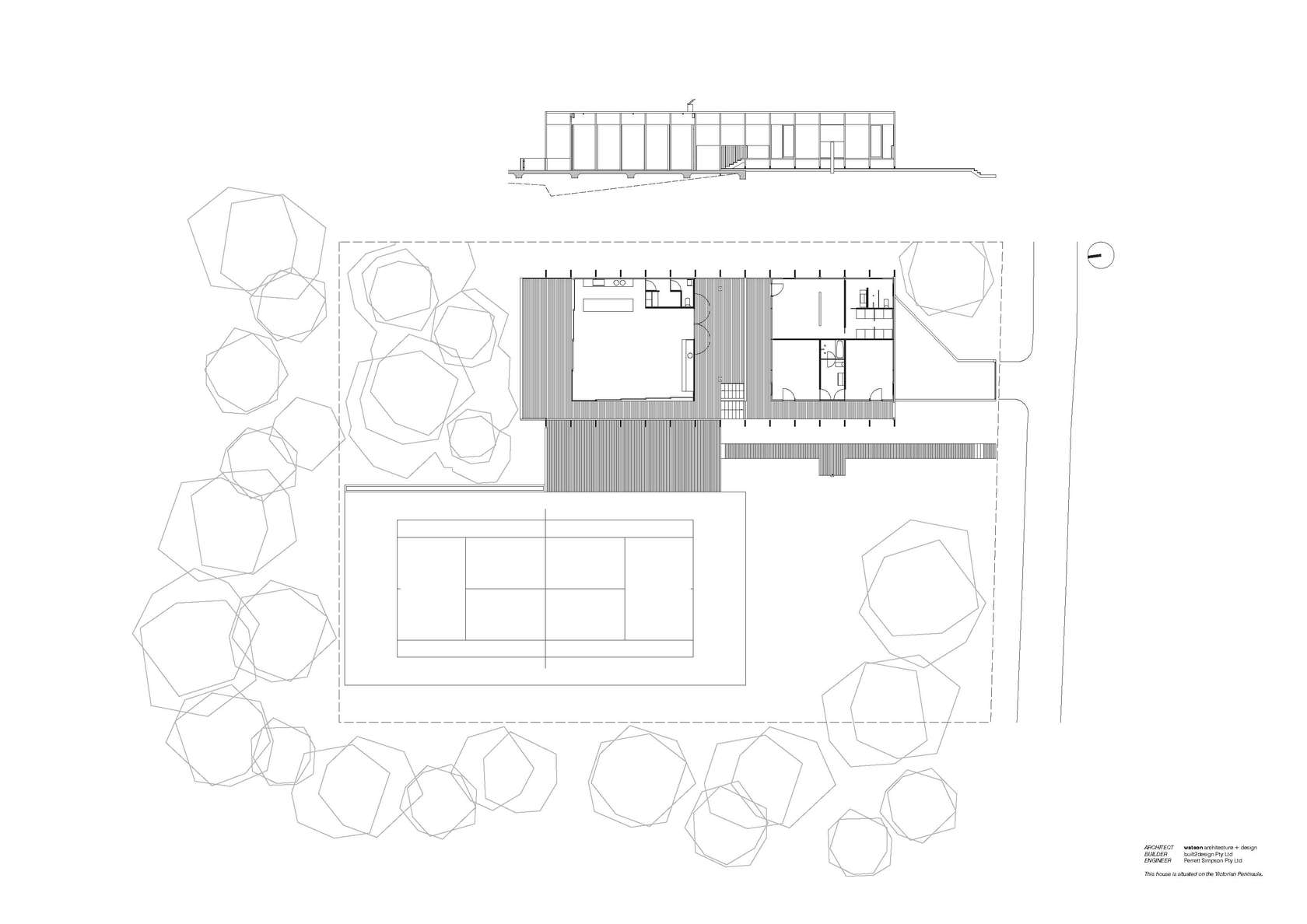 Peninsula House explores the Australian beach/holiday house and investigates a contemporary approach towards simply and elegantly reshaping this typology while meeting the clients' needs and budget.