The Semi-Detached House project involved substantial alterations and additions to an ‘Arts and Crafts’ semi-detached house. The project, by Chenchow Little Architects, explores the potential of verandahs and decks to become supplemental living spaces…. 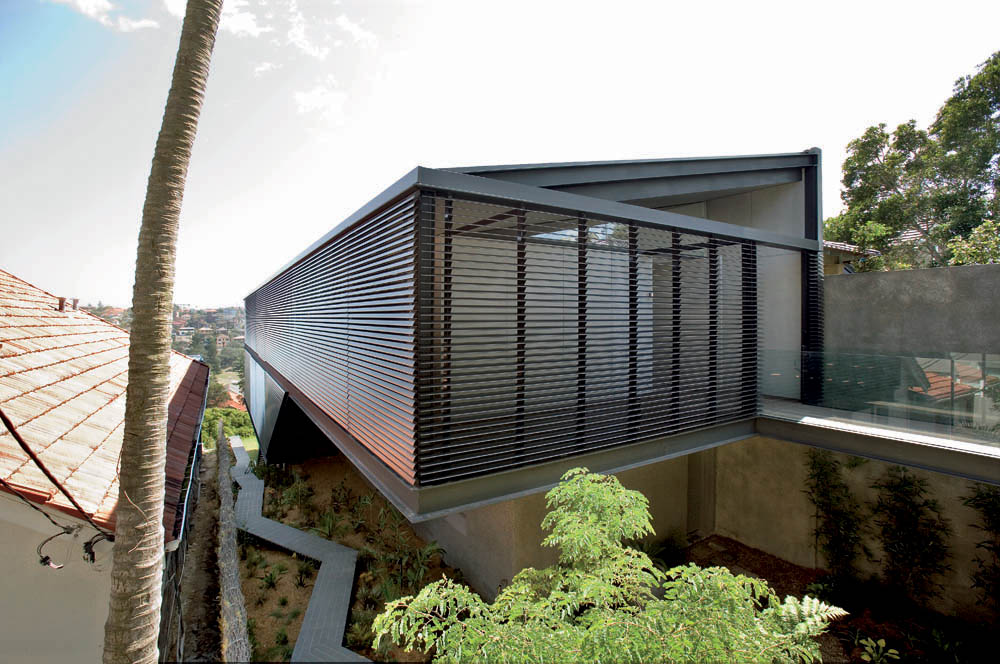 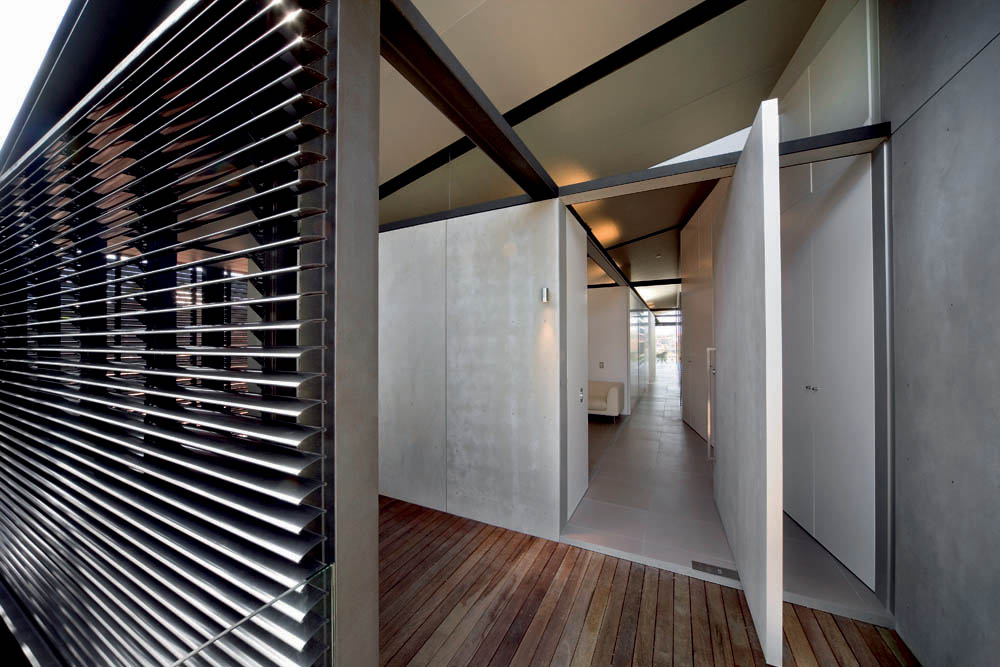 Due to the location of the dwelling adjacent to the beach and Sydney’s temperate climate, the starting point for the project was an exploration of 'interstitial’/in-between/verandah space. 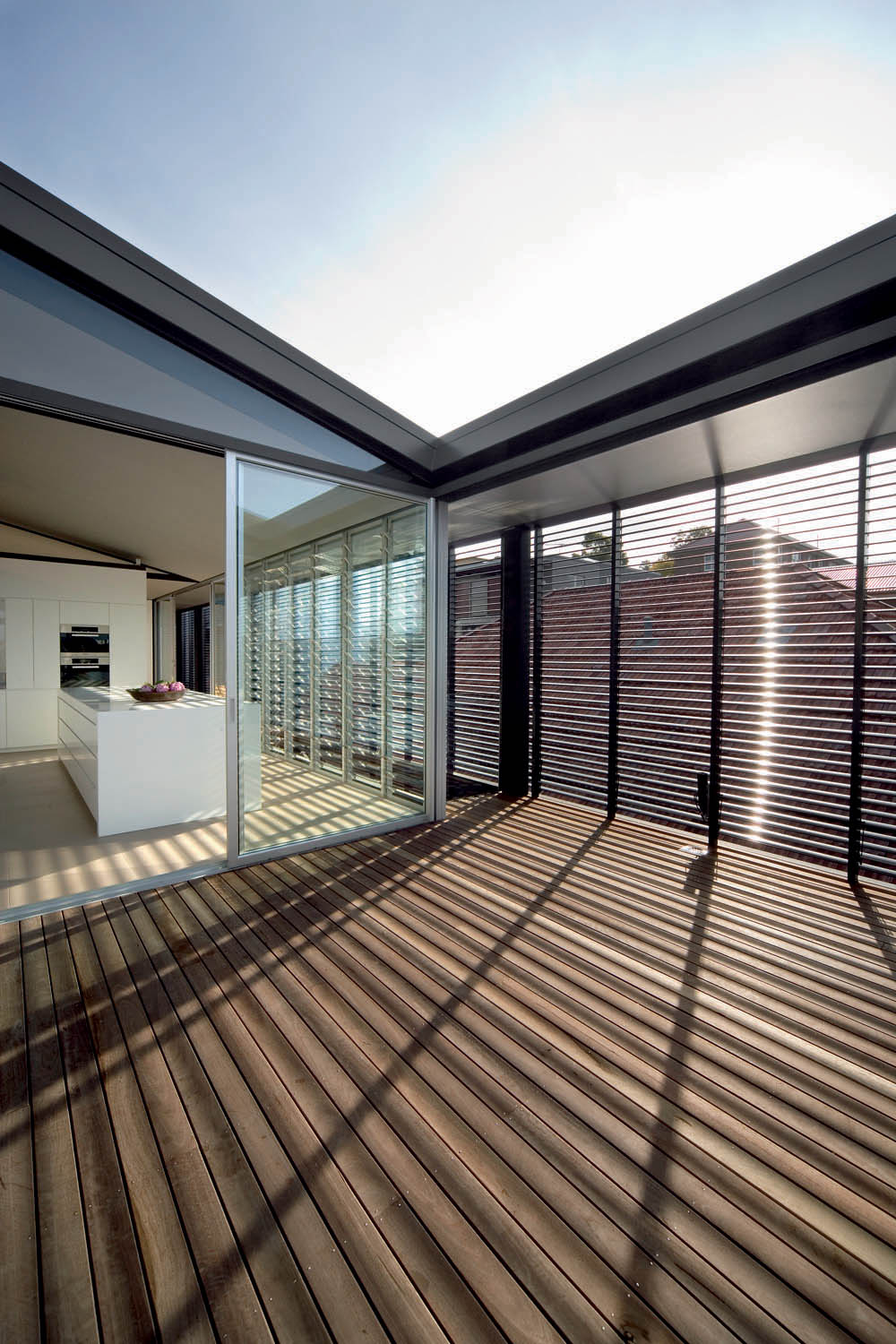 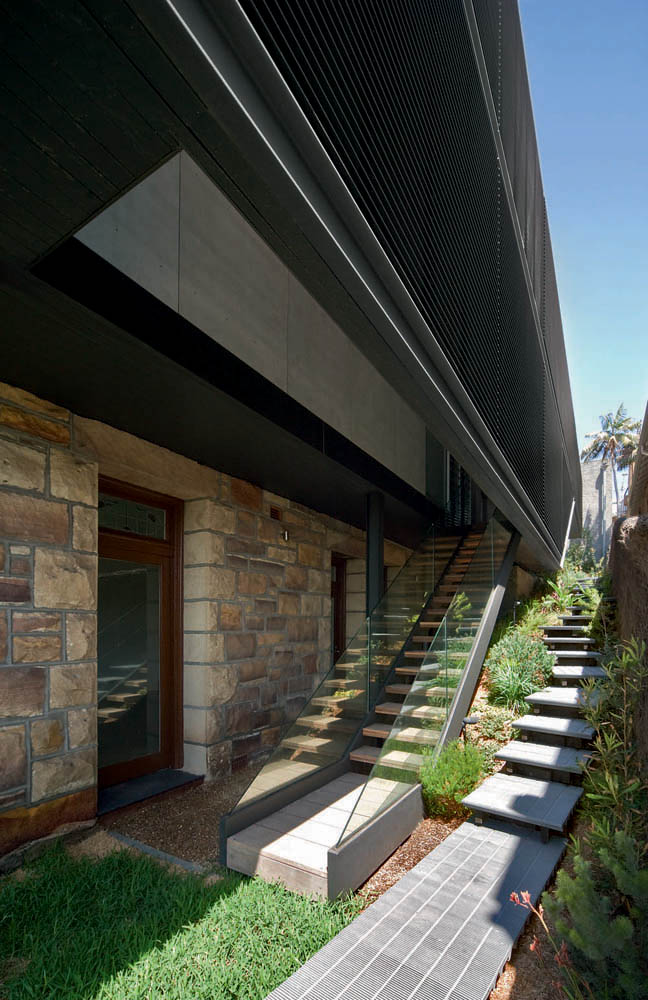 "Through this process we aimed to depart from the predictable semi-detached house typology characterised by; ‘shotgun’ planning, introverted rooms, small side windows and flat ceilings." — Chenchow Little Architects 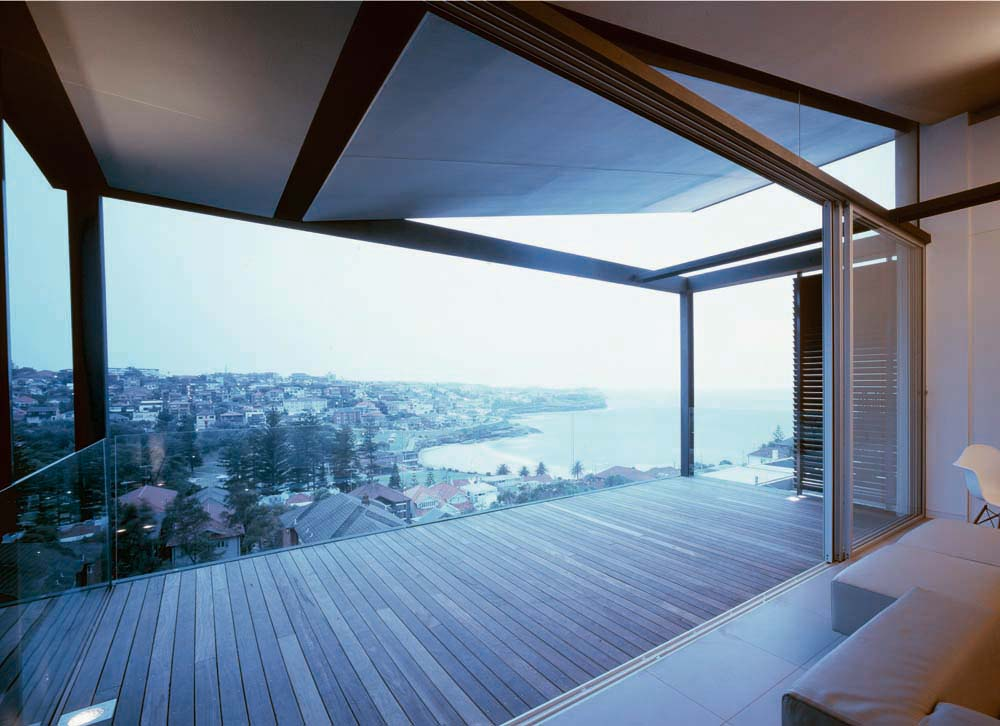 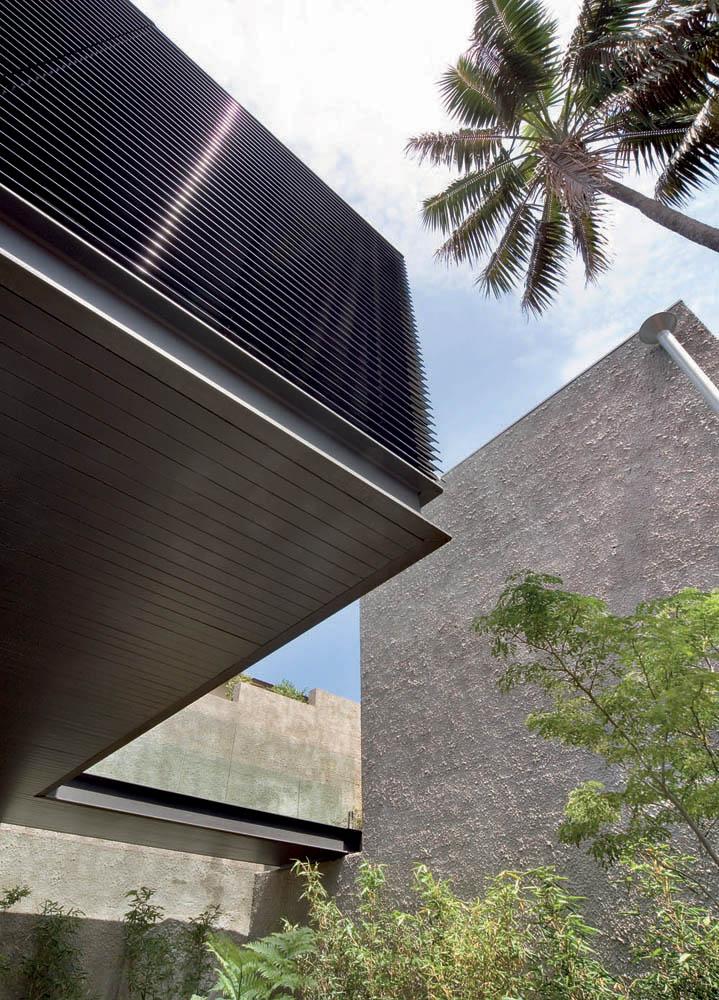 The design involved the addition of a new steel framed superstructure, housing the 'interstitial' spaces and the living rooms, above the existing sandstone basement and roughcast rendered bedroom level. The interstitial spaces extend the living areas and incorporate verandas, courtyards, stairways and a circulation path linking the street level to the garden below. 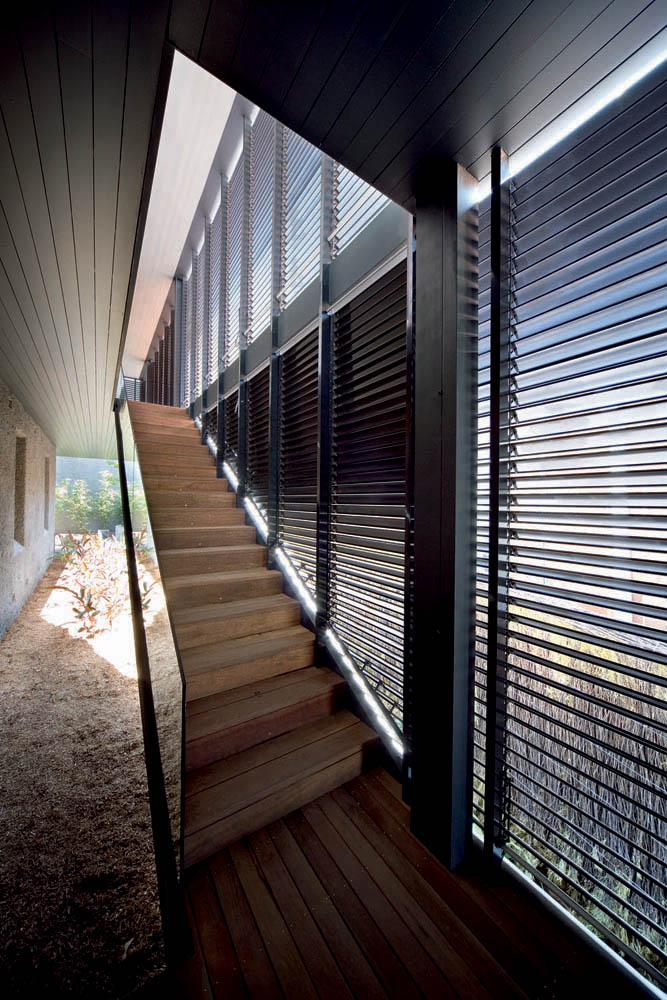 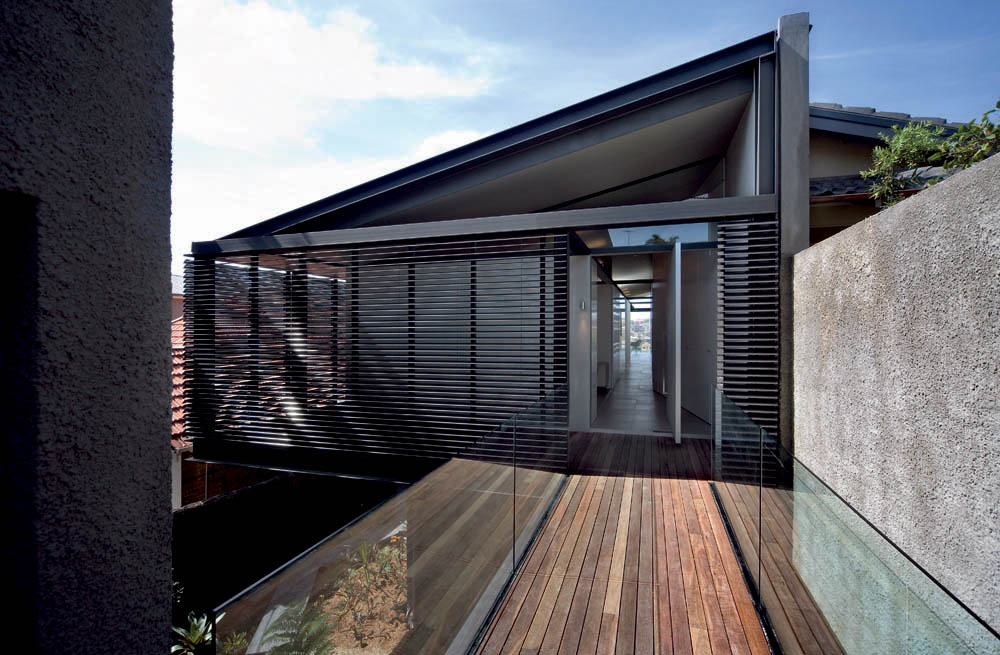 A skin of adjustable louvres provides privacy and solar control to the interstitial space. The louvres are applied continuously across the façade. The flanges of the horizontal steel members are reduced to the same visual order as the louvre blades. The viewer experiences the façade as a textural surface without any focal points. 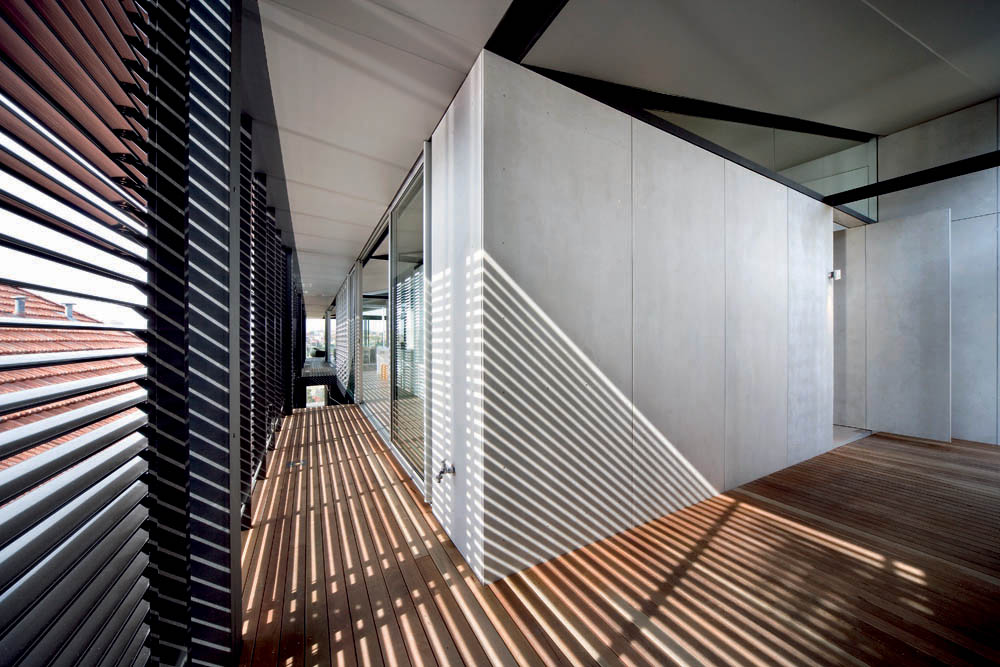 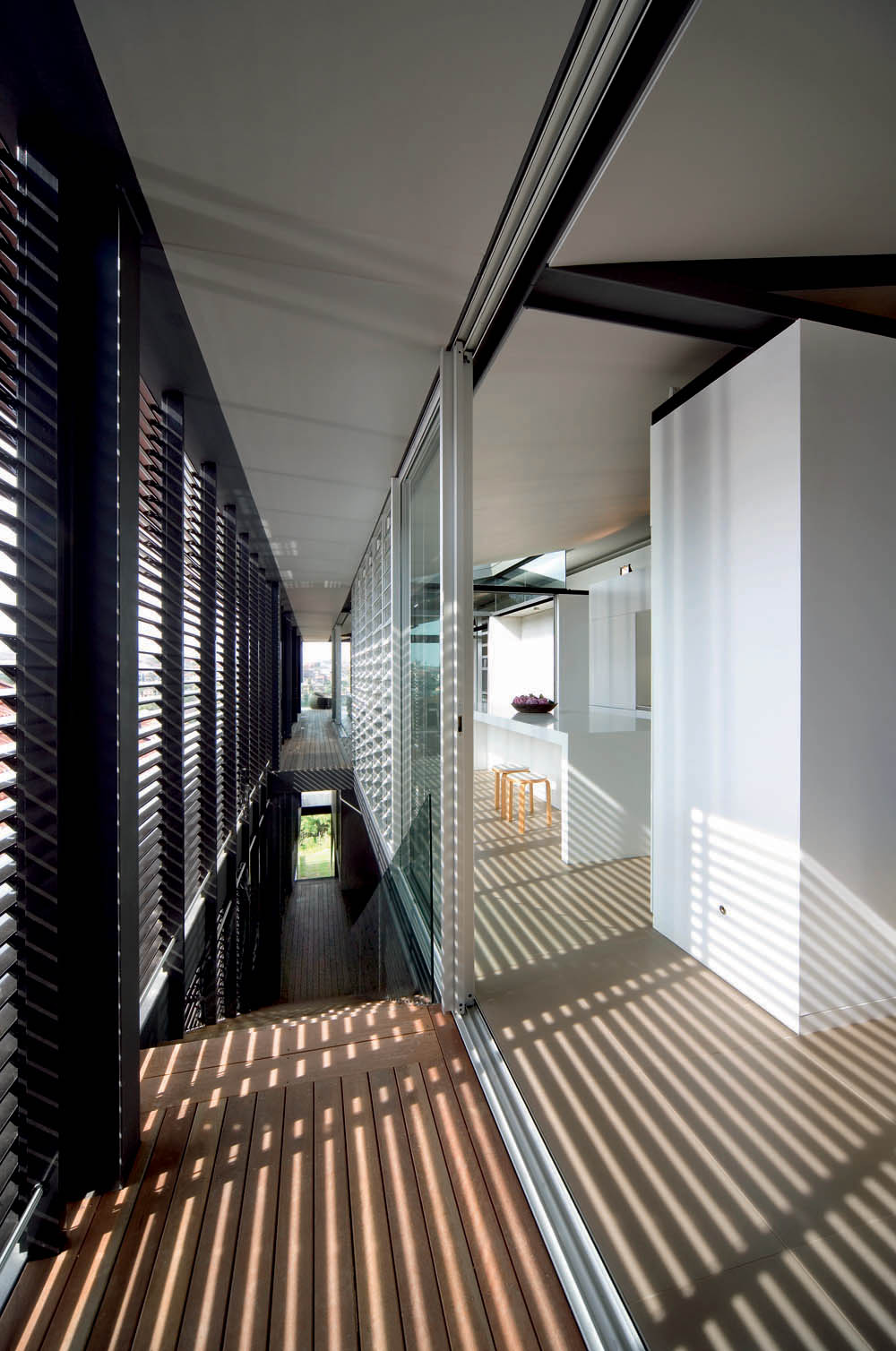 "Here, we are not interested in breaking down the scale by including discernible features such as window openings or awnings arranged through a formalistic logic of collage or montage. By applying the louvre suite en masse across the whole façade, and carefully detailing its connections, we were able to 'unload' the traditional utilitarian interpretation of the device and the material." — Chenchow Little Architects 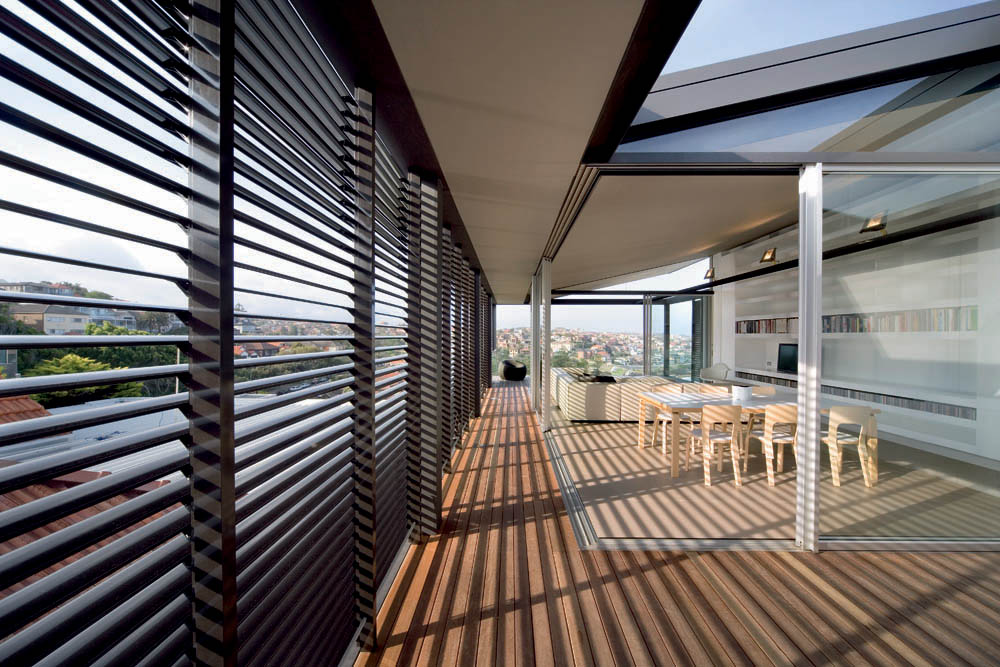 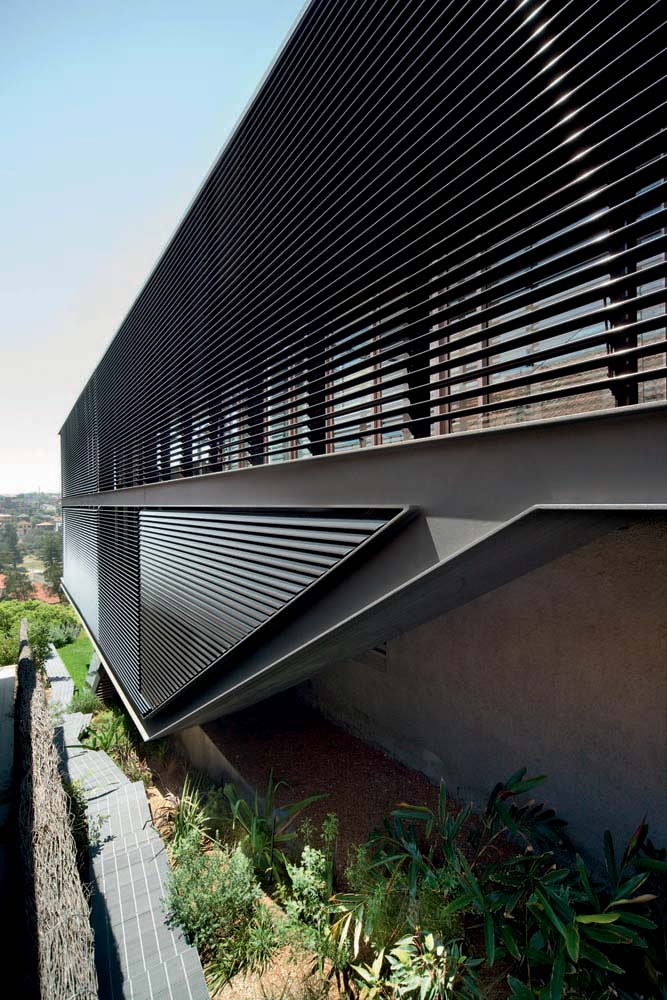 The traditional modernist ideal emphasises the separation between ornamentation and function. The separation is not so clear here. The aesthetic role of the louvre is as important as its technical and functional role.