Architects Use Renovation as an Opportunity to Chase the Sun

Chase the sun. Not just my favourite song of the early 2000s, but also a rallying call to all home builders and renovators, and exactly what Davidov Partners Architects have done in the reno of this Caufield North Californian Bungalow. Maybe they're Planet Funk fans too? 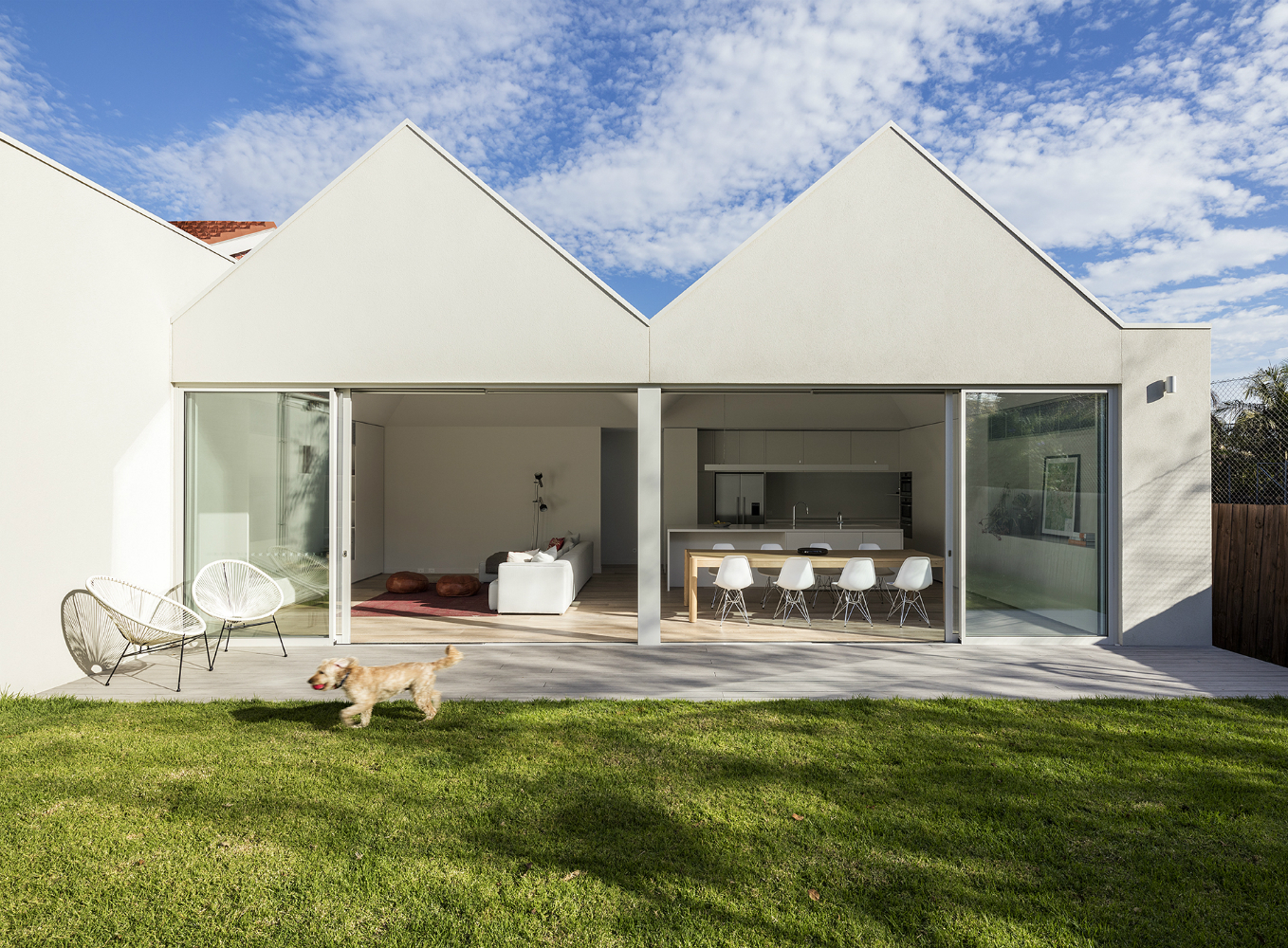 Derived from a destination renowned for its sun and surf, it might shock you to learn Californian Bungalows are often dark. The original home was no exception. With a low-slung roof, small, 'picturesque' windows and an east-west running block, this old CaliBung (new term) hadn't basked since she was built. Which makes sun lovers like us cry a little scream of despair. 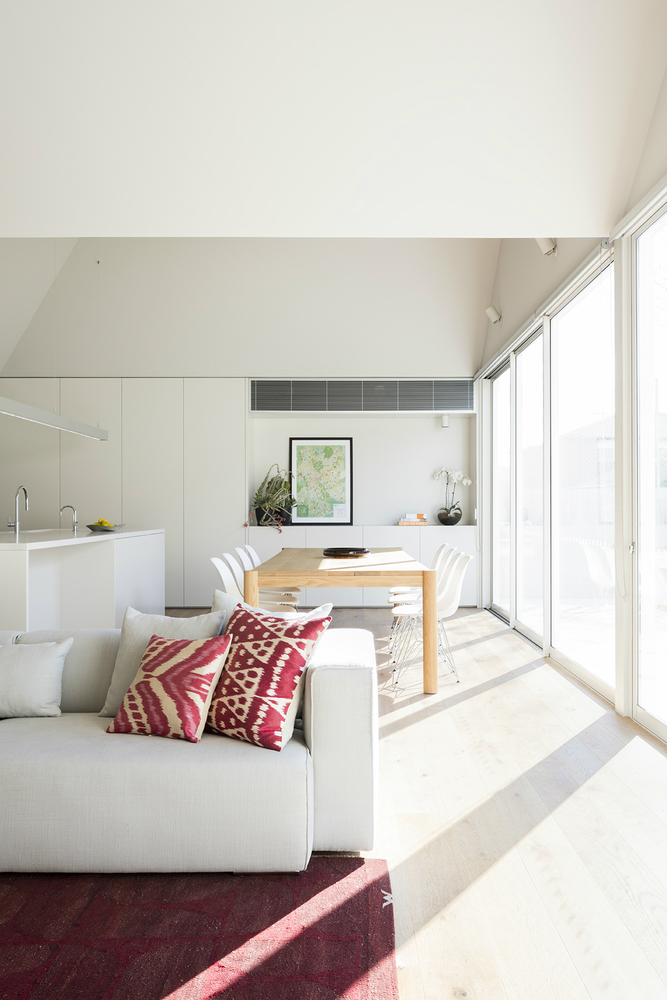 Thankfully, architects and unconfirmed Planet Funk fans, Davidov Partners came up with a sun and fun-loving solution that allows the home to soak up some rays and reconnect with the long-estranged backyard; this new, north-facing wing achieves several #renovationgoals. 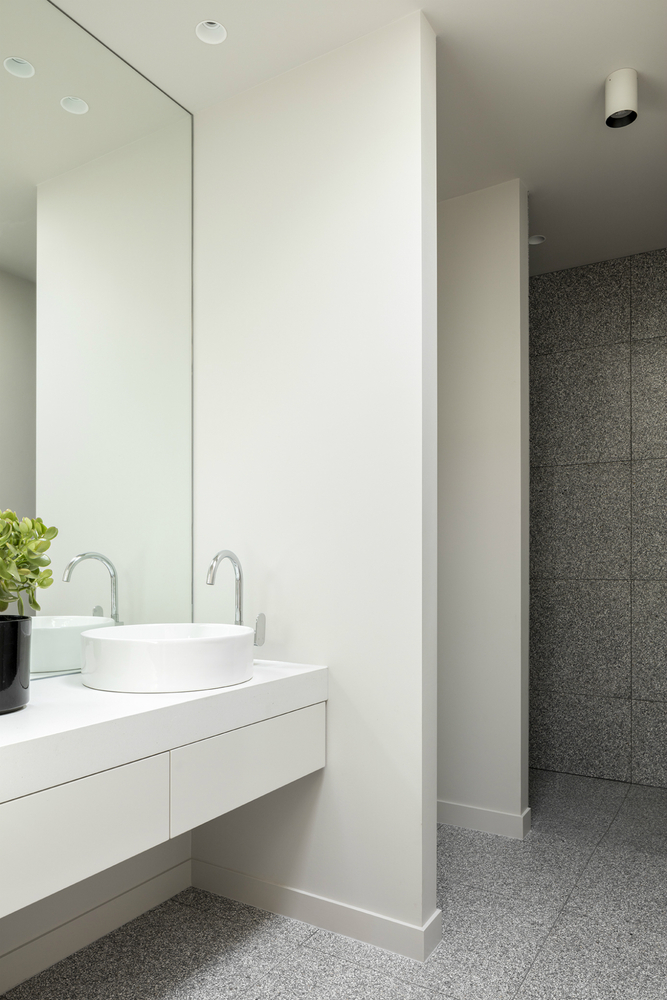 The new wing frees up space in the existing home for bedrooms, bathrooms and storage. The existing rooms were reused/repurposed without any demolition. This was especially true in the dining room which became the ensuite bathroom and walk-in-robe. With lower walls and cabinetry in this area, the architects were able to preserve the original ceiling roses and cornices, meaning this renovation can be reversed if necessary (not that you'd want to). 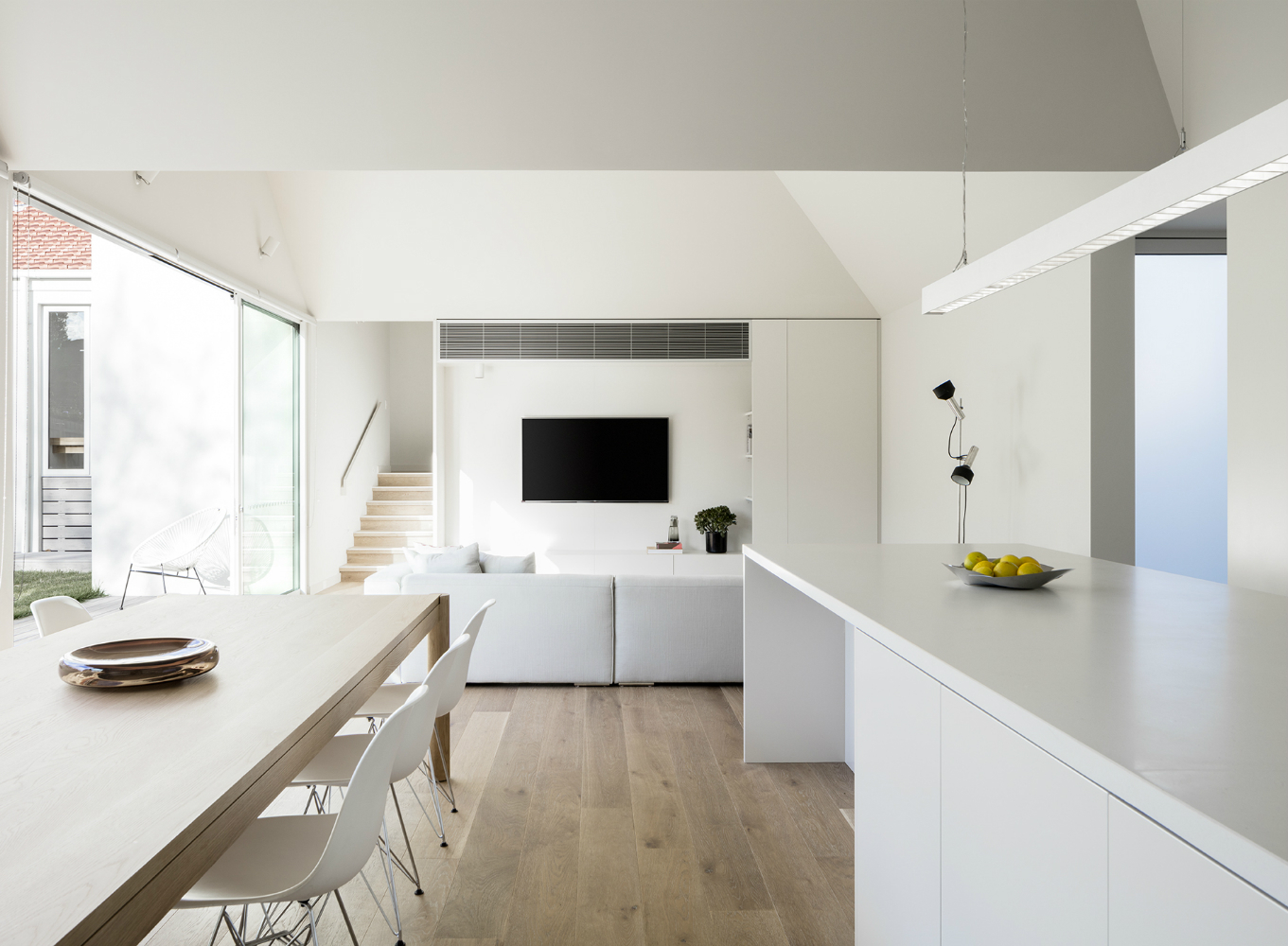 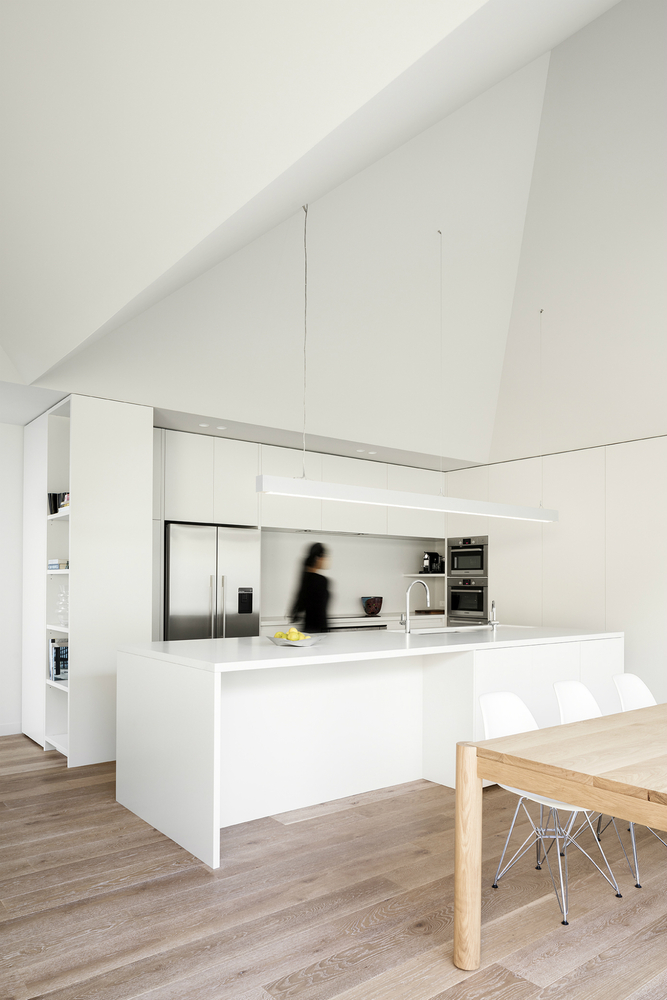 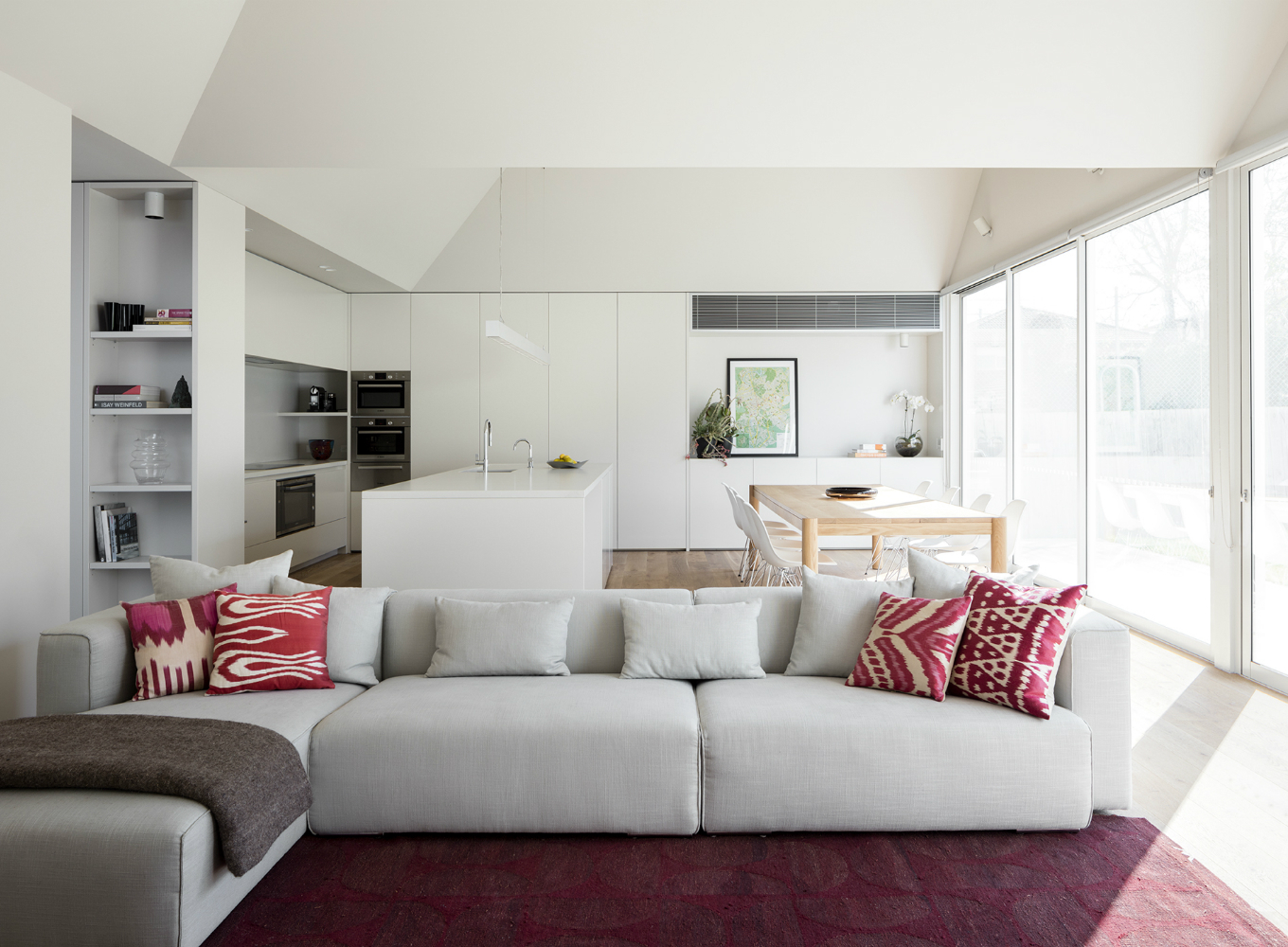 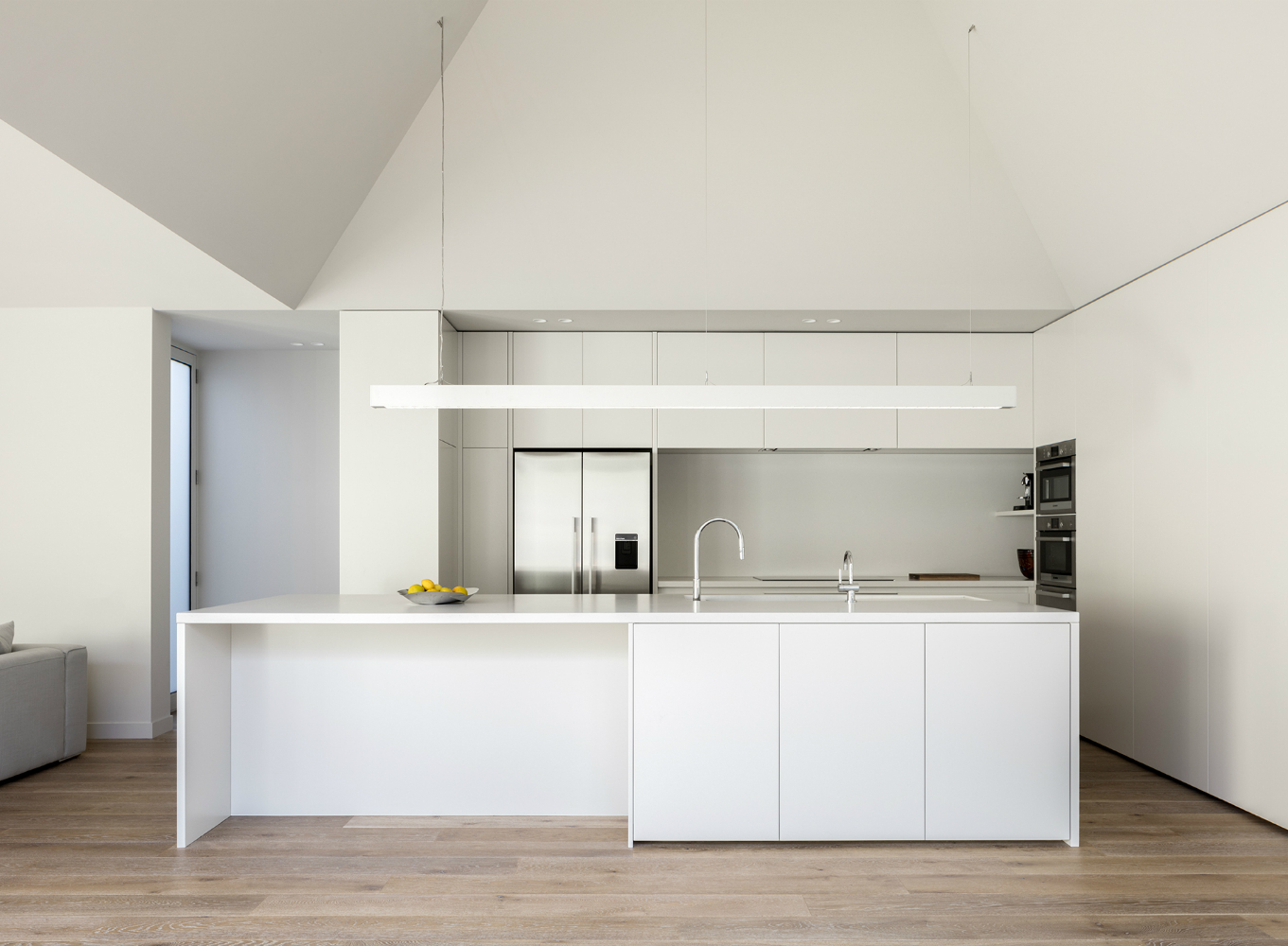 The addition was lowered a few steps so it opens directly onto the backyard. Large sliding doors open to give the sense of living in an outdoor room, while the deck is at the same level as the interior, to create one, much larger, space. 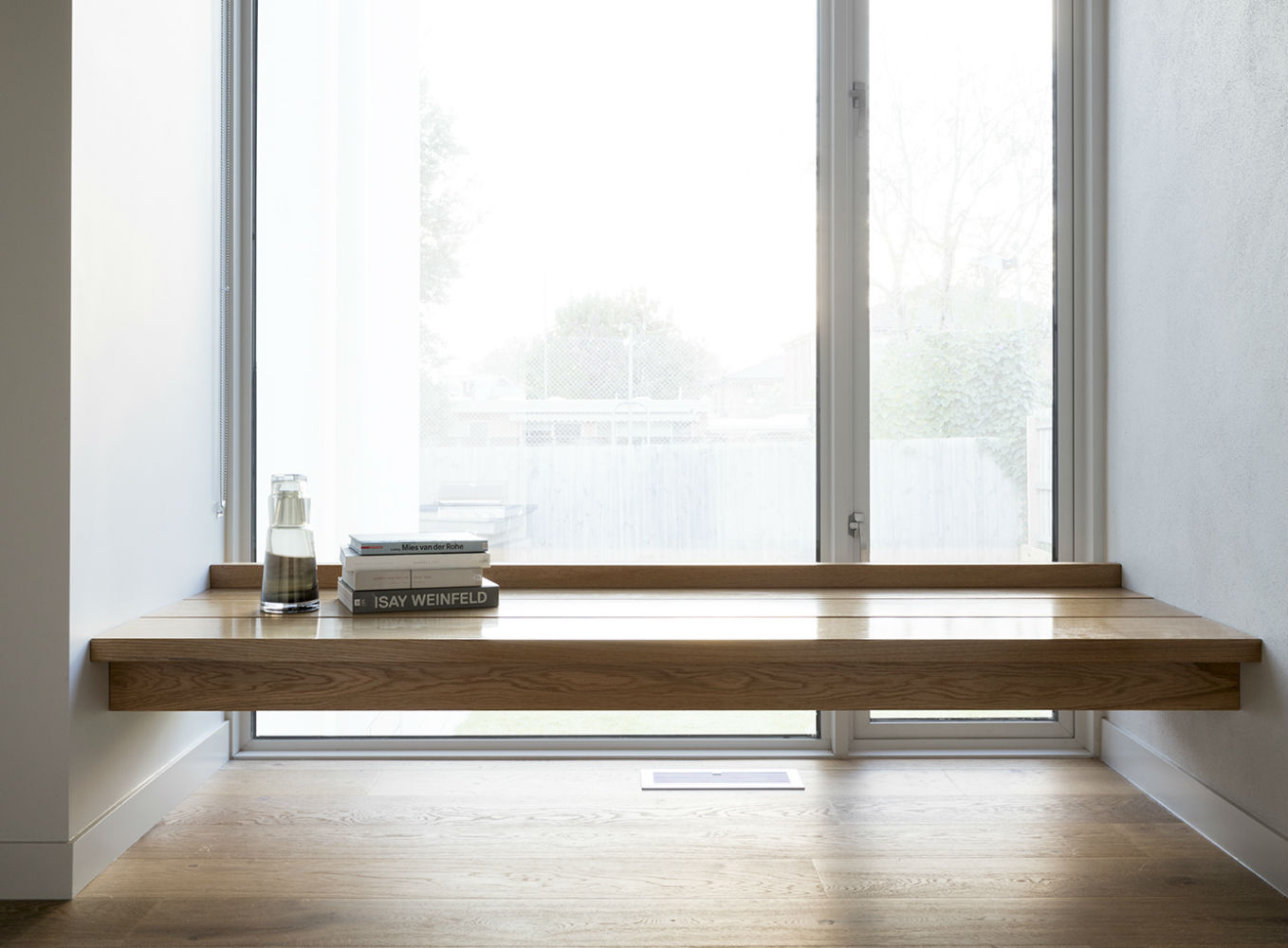 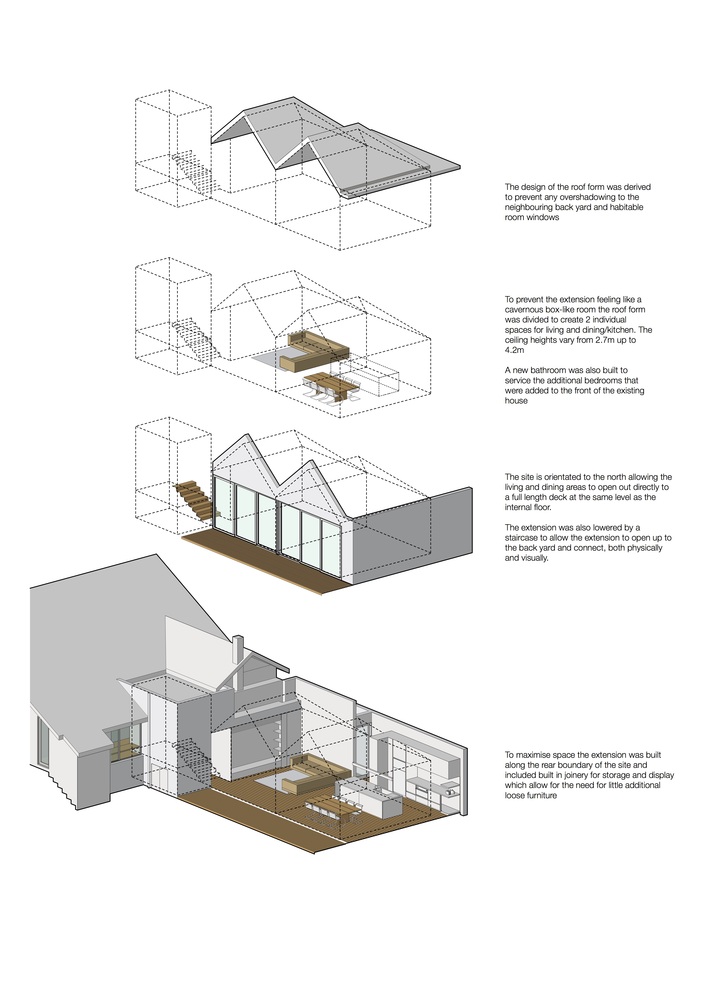 A unique roofline over the new living wing works overtime without penalty rates (thanks, Turnbull). With two gable ends facing the backyard and two hip ends facing the southern boundary, the lower roof on the southern boundary avoids blocking the sun to the neighbour's backyard (which would be a cuttable offence, IMHO). Inside, the ceiling follows the roofline, creating a dramatic and sculptural volume. But that, too, is designed to achieve more than eye-candy³. The two vaults subtly define living and dining spaces in the open-plan design. 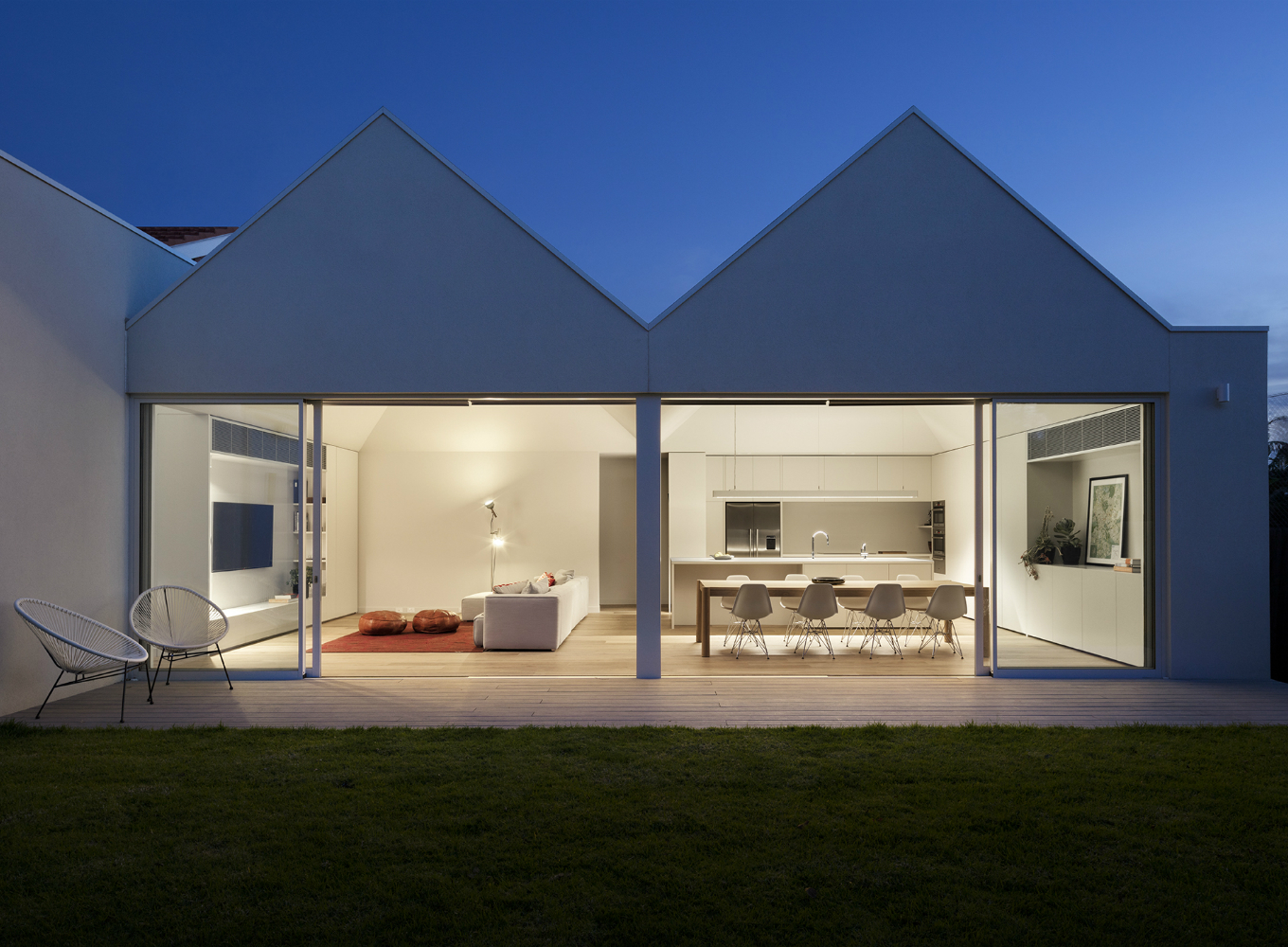 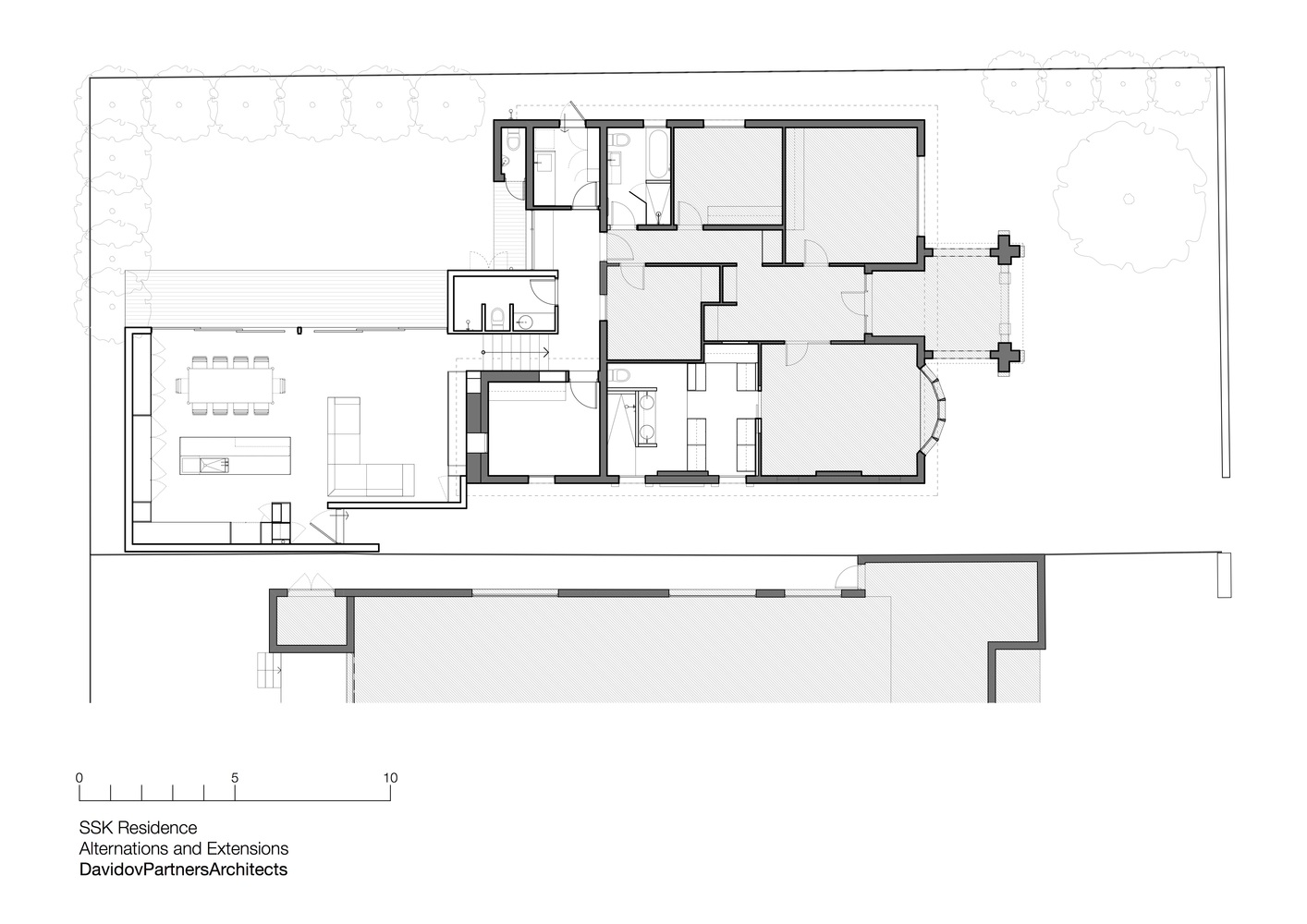 Though of course we never doubted it, chasing the sun was definitely the right strategy for the renovation of this home. It now has a bright and spacious-feeling living area and a great connection to the backyard, while the naturally darker rooms are better utilised as bedrooms and bathrooms. With just a little 'spinning around', this home is now a real winner. You might say it's creating, 'circles in my mind'.

Tell us what you love about SSK Residence...