The Eagle: A House That Proudly Displays Its Beautiful Bones

A House With Good Bones

If a real estate agent tells you a house has 'good bones', it's rarely a good thing. It means you'll have to gut the place and start again. In this case, the real estate agent wouldn't have to bother -- it's easy to see the bones in this place. And they're not just good, they're stunning.

Rather than hiding behind plasterboard, The Eagle puts its literal bones (timber stud work) proudly on display. Multiplicity Architects demonstrate the inherent beauty of the house's structure and cleverly let light in to this modern extension. 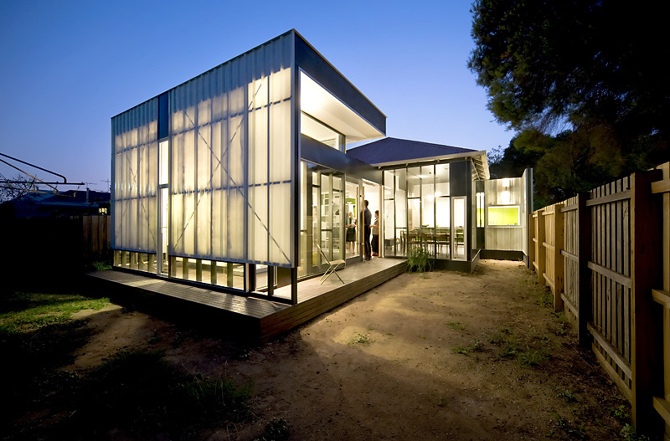 Translucent fiberglass is used to let light into the house. Blurry outlines of the house's underlying structure gives a glimpse of the inherent beauty and repetitious pattern of the home's 'bones'. Fiberglass is a strong, hard-wearing material. The profile the architects chose resembles typical suburban fences, making it right at home in this inner-urban mixed use suburb.

Builders of the house affectionately referred to it as The Sheep Shed, but perhaps more appropriately it could be considered an urban shed for living. A pretty stylish shed, at that. 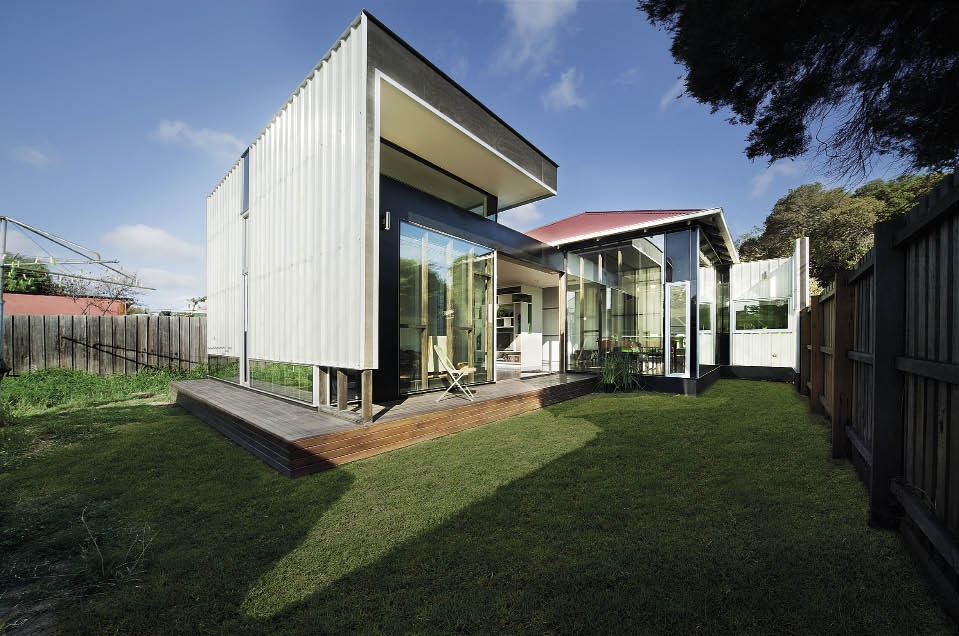 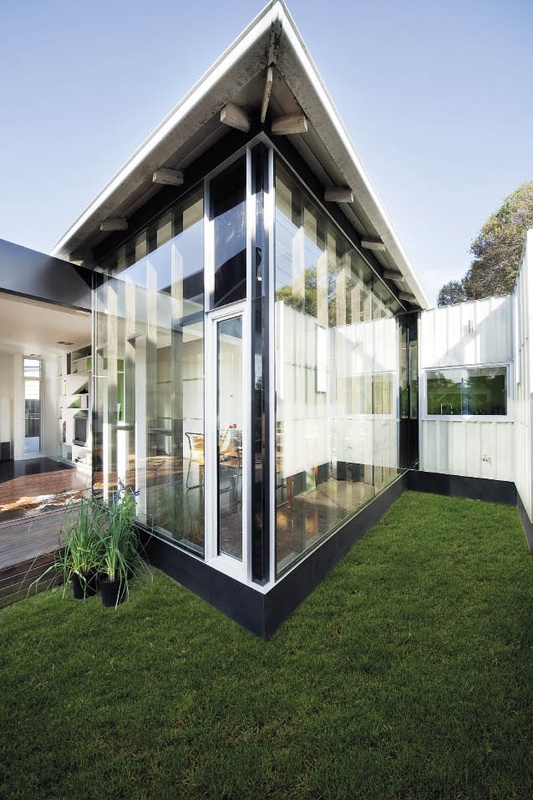 Let the light in

The original house was "designed, one presumes, by a person with an aversion to natural light", squandering a North facing orientation.

Under the eaves of the existing house, the architects peeled back the weatherboard skin and replaced it with full-height glass. The newly exposed studs and noggins, reveal the simplistic beauty of the house's structure. And, of course, creates a light, bright space within. 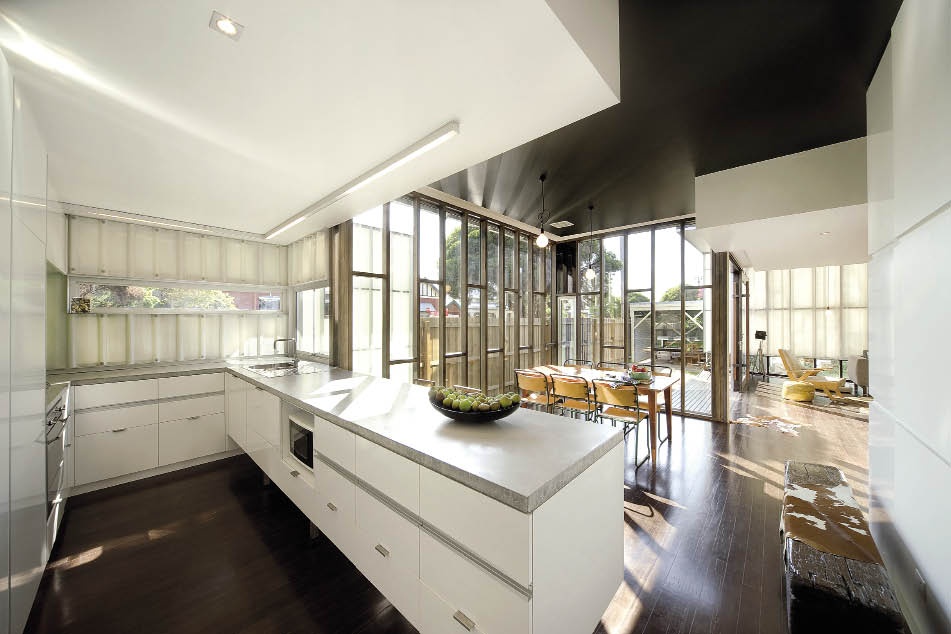 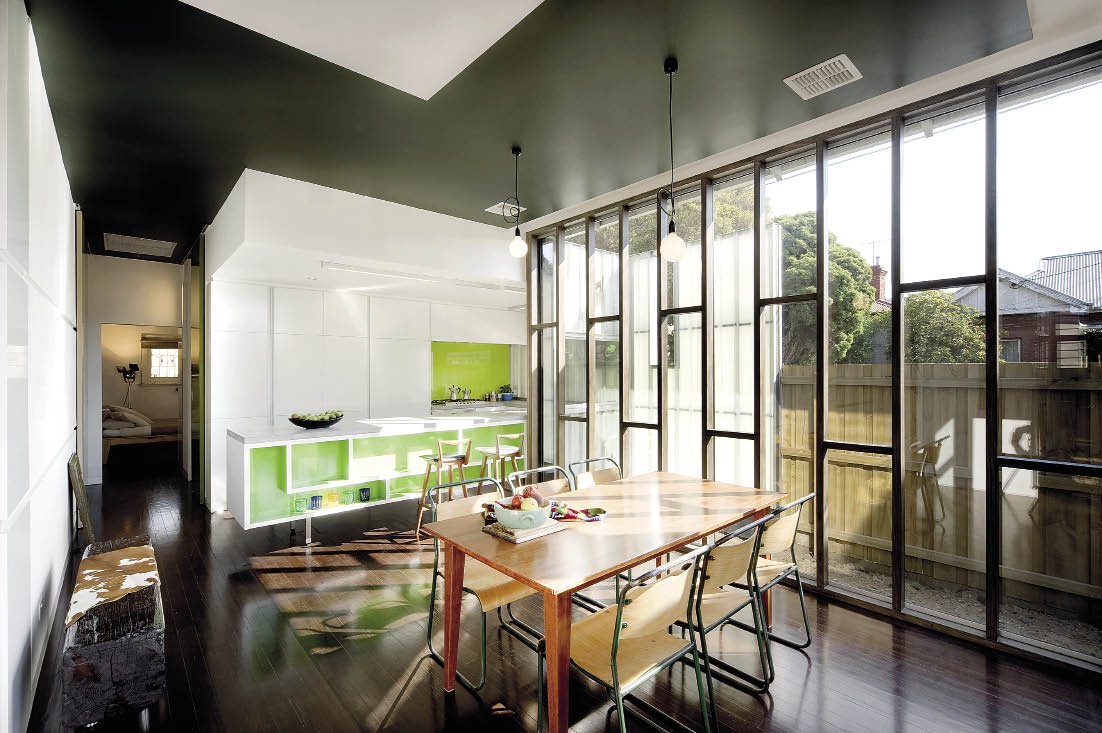 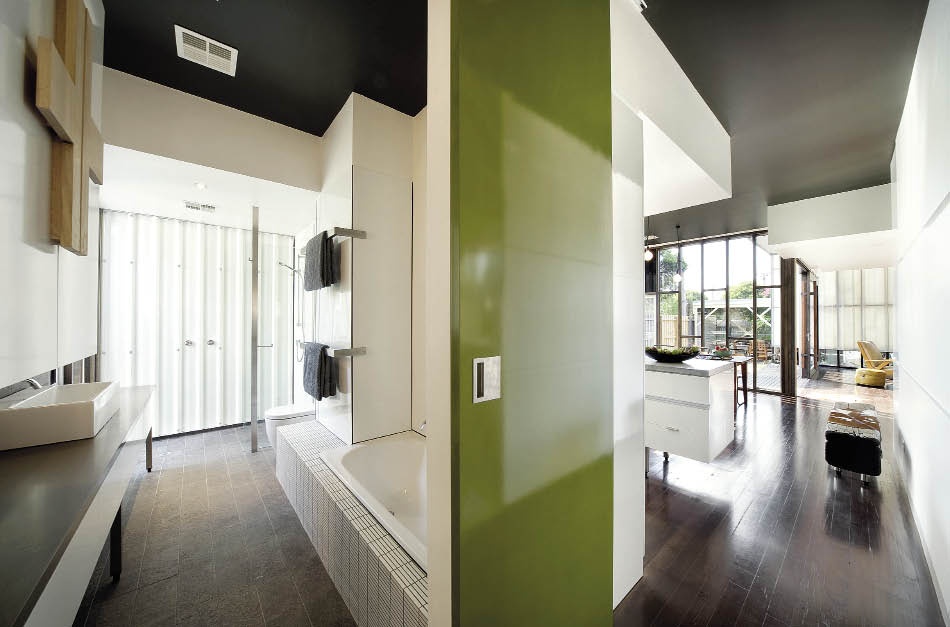 A house with good bones

Mimicking the rhythm of timber stud-work, these large North-facing windows continue the idea of exposing the home's bones.

The living area plays with light and shadow. A dark ceiling and floor create the illusion that boxes of white are floating in the space -- an illusion that is enhanced by the ephemeral glow of the translucent fiberglass. 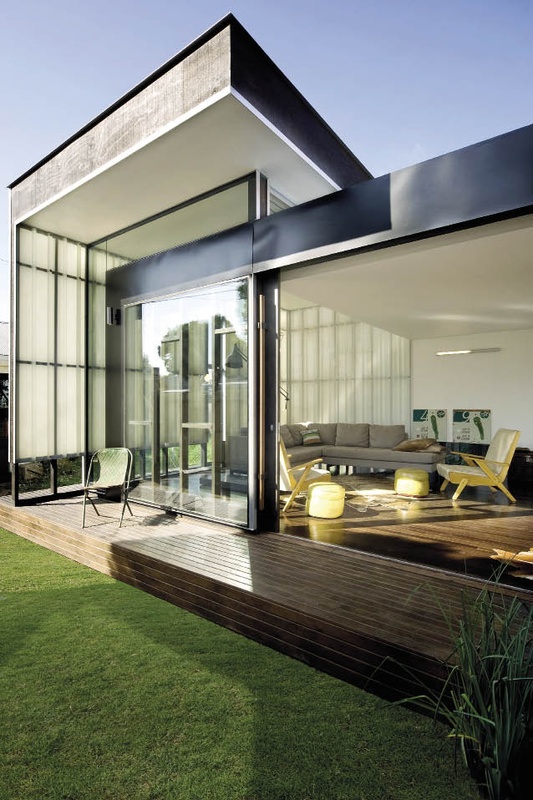 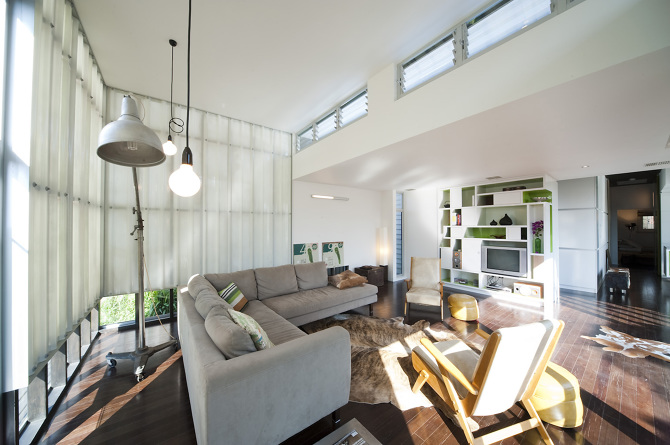 By literally raising the roof in the lounge area, Multiplicity create a smoke-stack effect. The clerestory louvre windows above the lounge can be opened to ventilate the house, drawing hot air up and out and drawing in cool air from down low. This will ensure that the house is cool and fresh, even during Melbourne's hot summer. 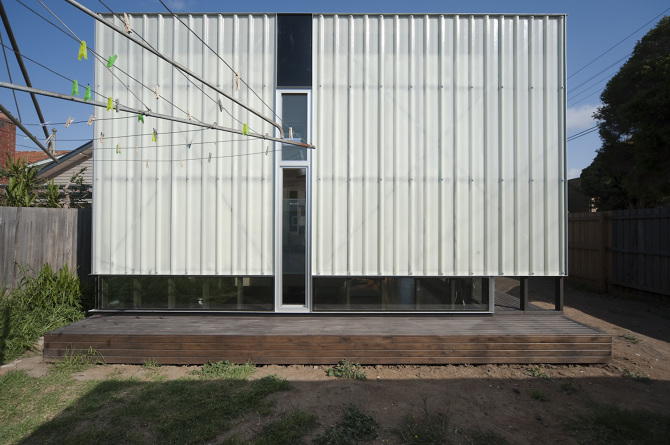 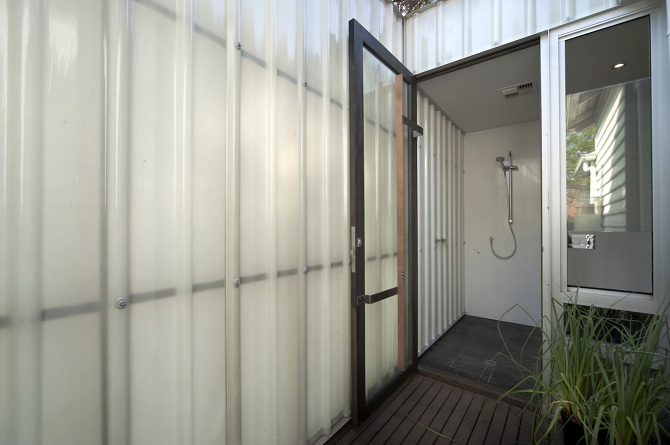 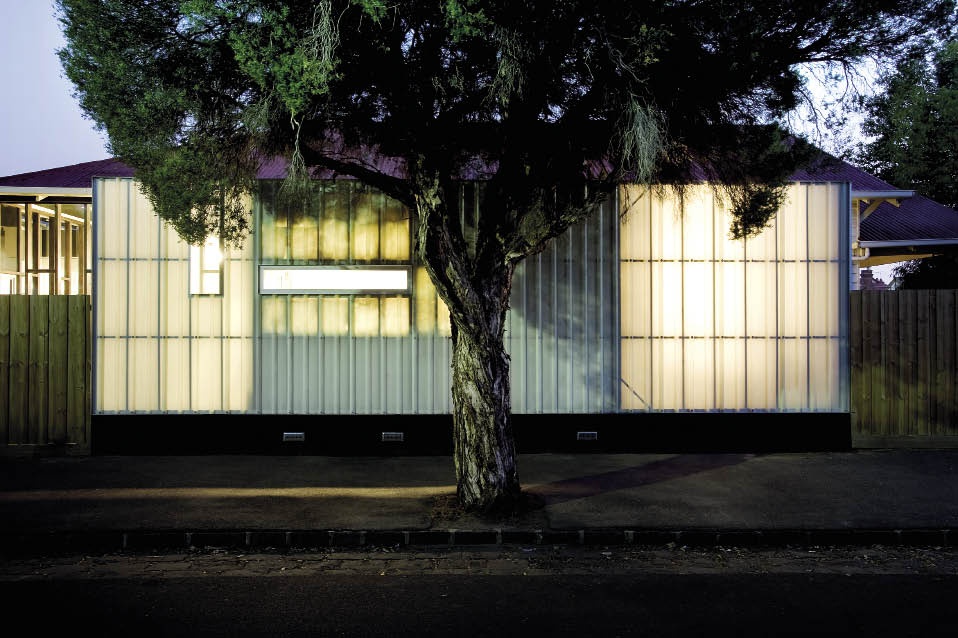 A lantern for the street

The translucent fiberglass skin has the obvious benefit of letting light into the house during the day. At night, this effect is reversed and the fiberglass glows as the lights from inside shine through. This house is on a corner site, so its nighttime lantern effect has an added benefit for the street -- washing it in soft, diffuse light.

This modern extension is light, bright and impeccably detailed. The concept of peeling the skin of the existing house away to reveal the bones has been executed with remarkable skill. What we're left with is a fun and effective alteration to the existing space.

The Eagle shows off its inner structure -- its bones. And it's clear the result is beautiful.