The Nest: An Affordable Green Oasis in the Middle of a Crazy City

Housing in Vietnam is typically constructed from concrete and bricks. So The Nest, designed by a21studio Architecture is an unusual sight in this rapidly developing urban area. A green buffer will eventually envelope the house, creating a lush, private nest to escape the more hectic elements of urban life. 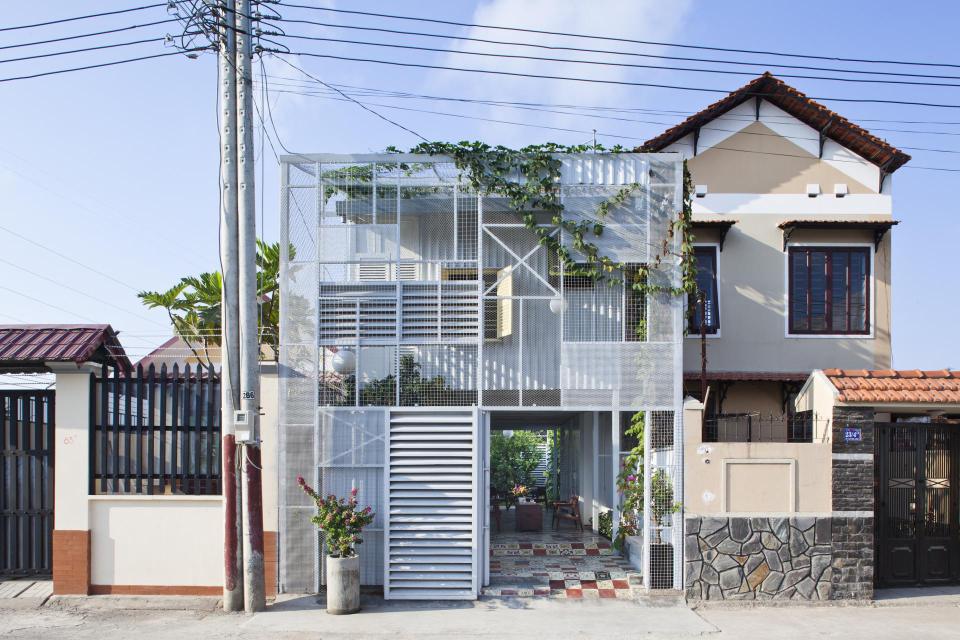 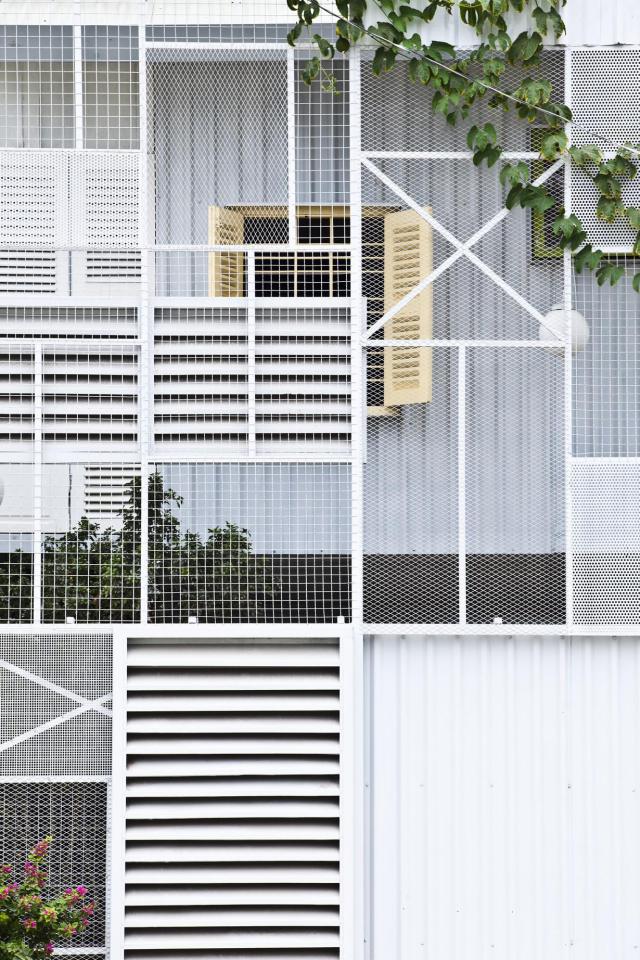 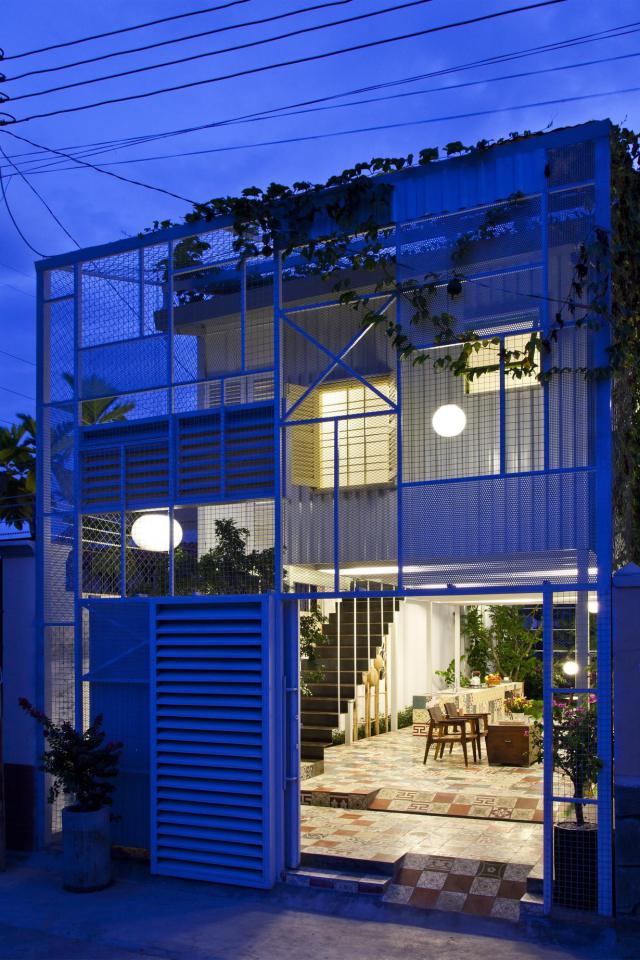 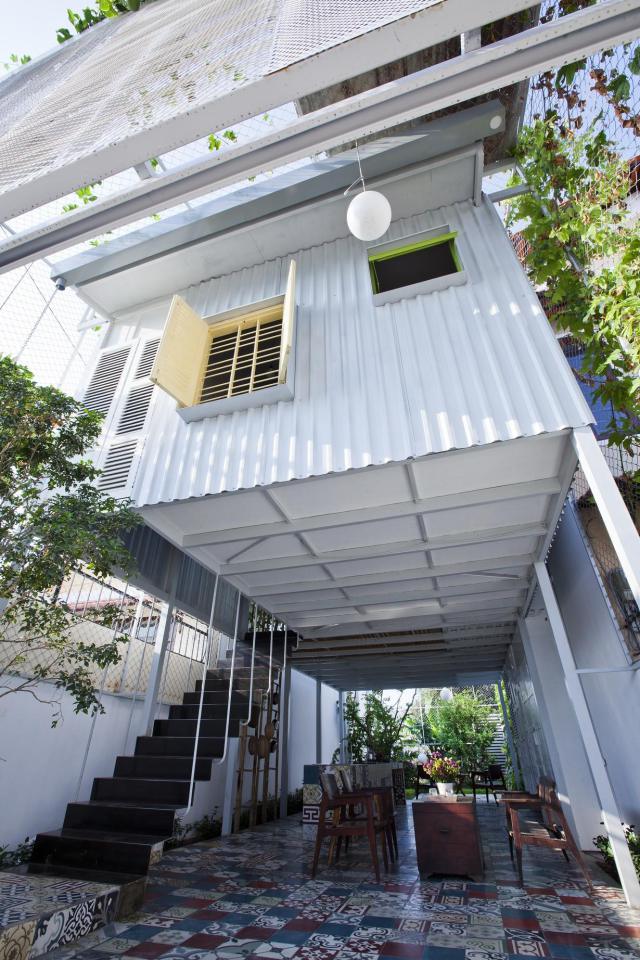 By deviating from the usual concrete and brick, a21studio were able to build a simple open-air steel structure which minimized the budget and construction time. 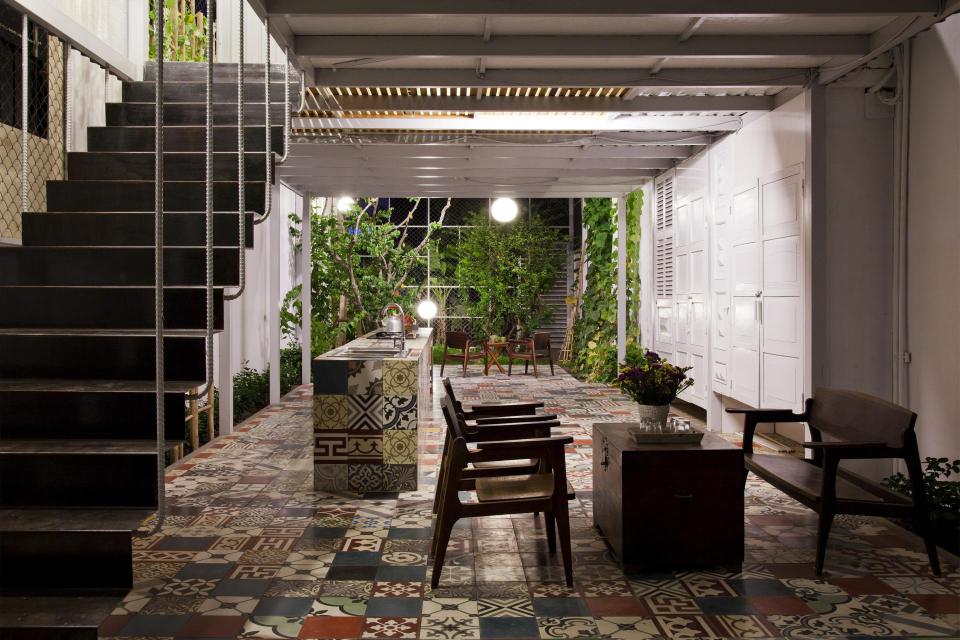 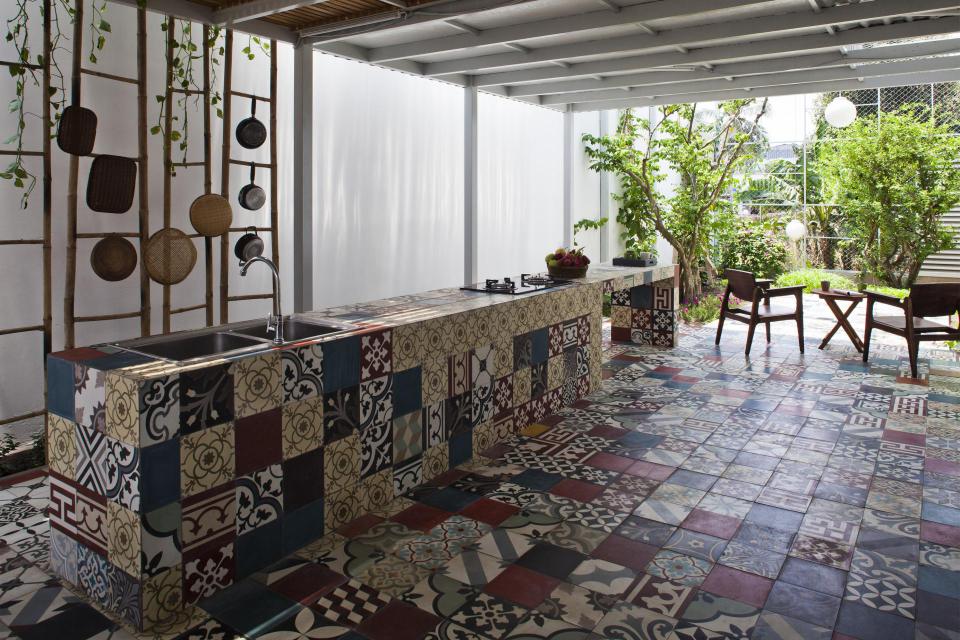 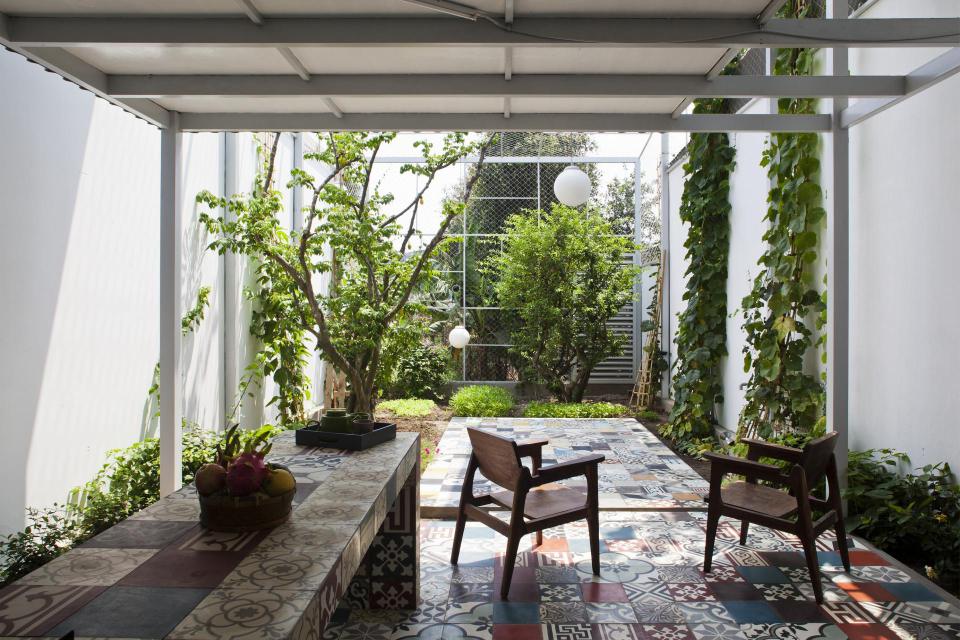 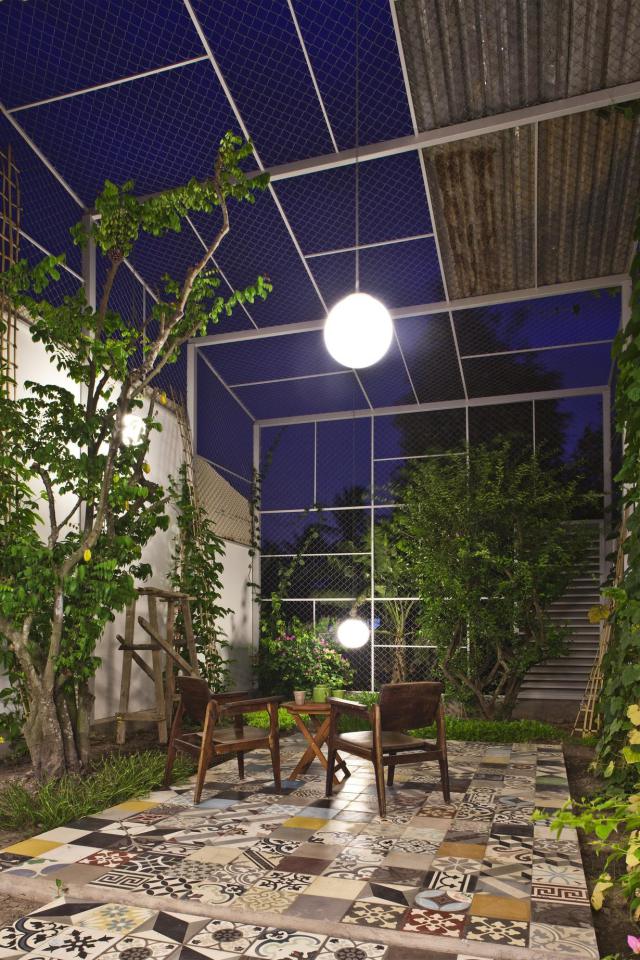 The open-air living area feels spacious and flows seamlessly into the garden. The only walls are screens of greenery -- plants become the walls. Richly patterned tiles bring a fun, contemporary element to the otherwise minimal space and extend out into the garden to blur the line between indoors and outdoors. This is a design perfectly suited to the warm tropical climate. 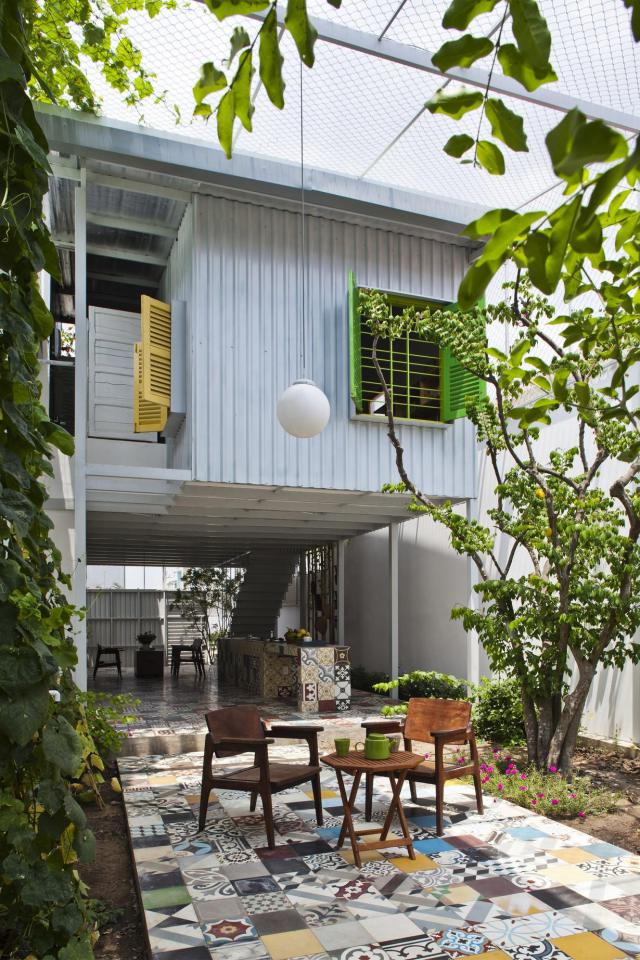 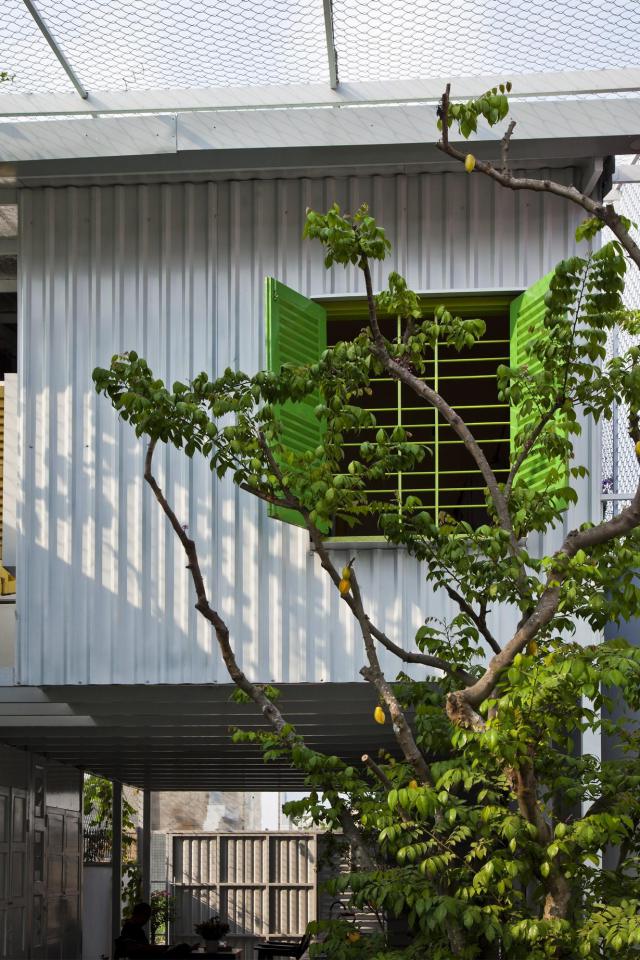 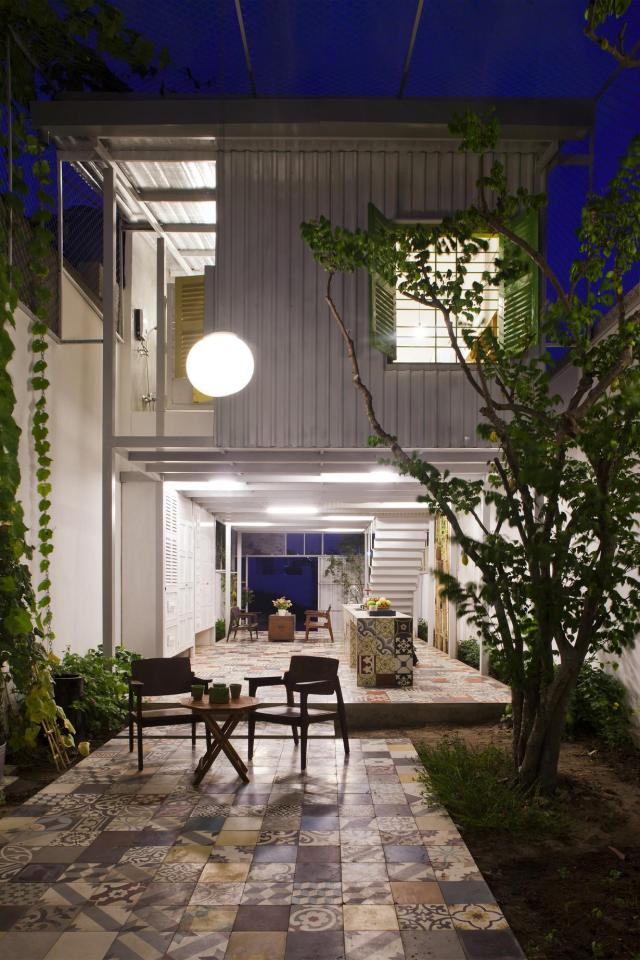 "The house has two layers. On the inside there are metal-clad boxes raised up on a light framework of steel columns and beams. The whole structure is then covered in an outer shell of metal mesh that supports climbing plants, which will eventually create a living veil of vines to naturally cool the house via shading and transpiration." -- Via Small House Bliss 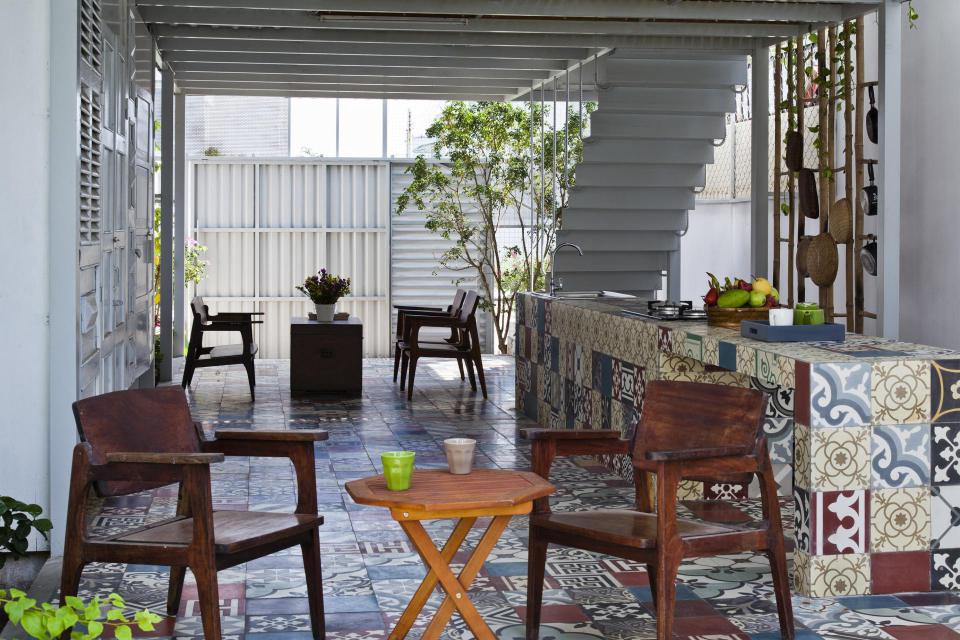 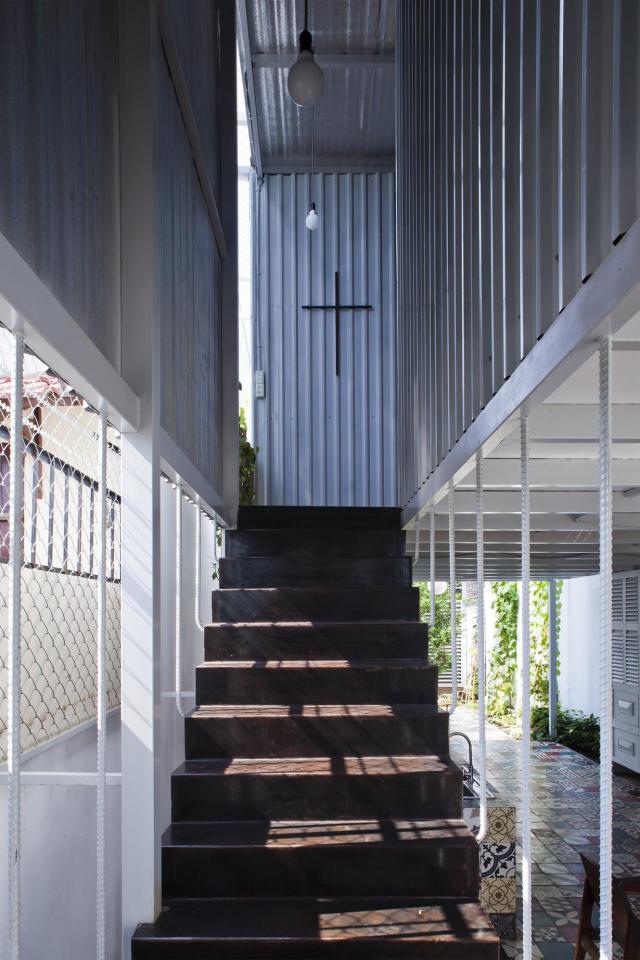 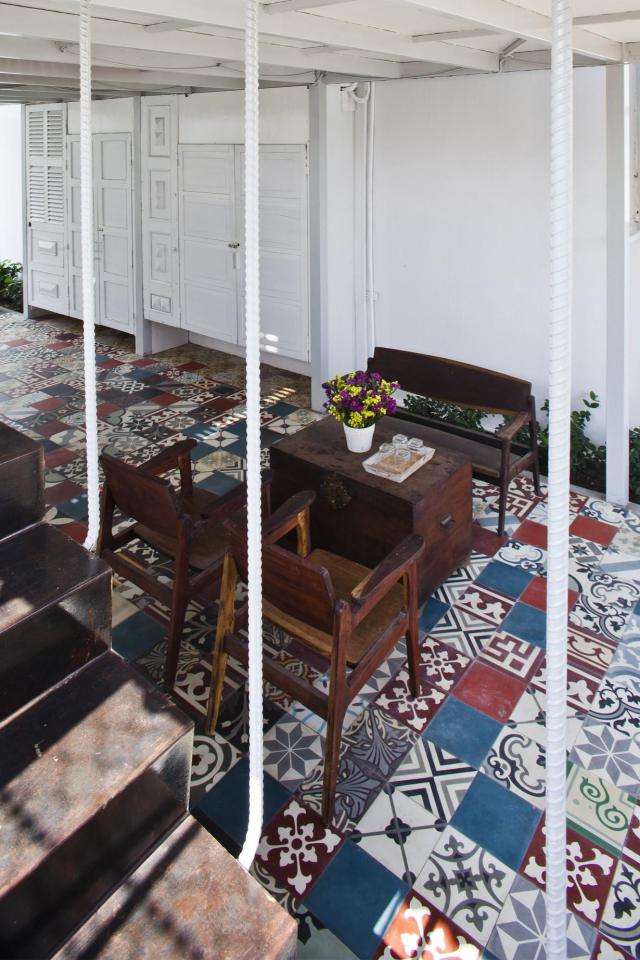 Upstairs, three separate 'pods' contain two bedrooms and and a bathroom. This upstairs area is accessed by a single sliver of steel neatly formed into a stair. 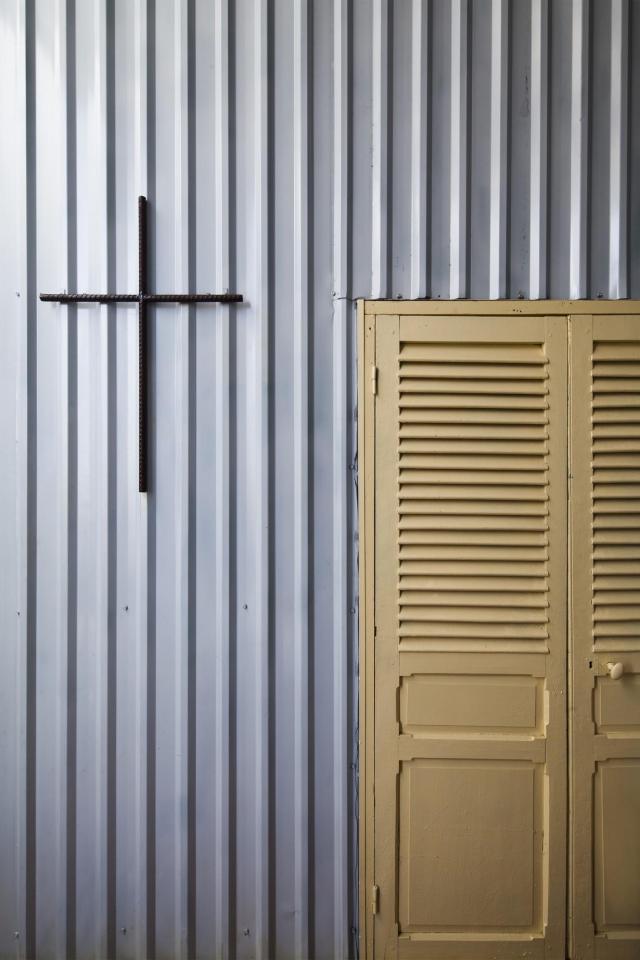 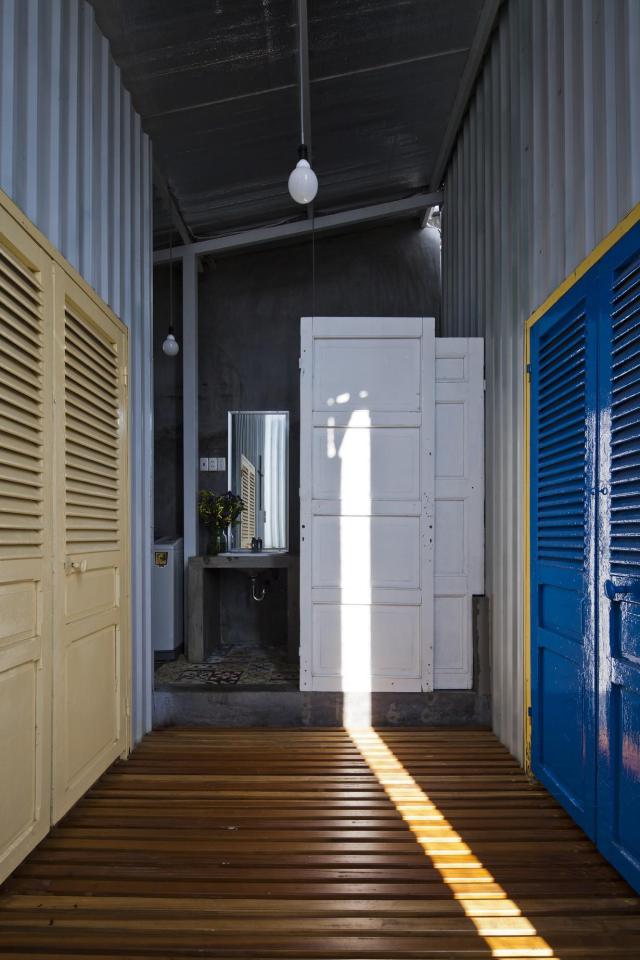 "The site is located at the outskirt of a new city in being urbanism with a variety of housing architecture styles in its surrounding. Therefore, both the architect and client came up with the idea that the new house should be looked green, but not compromise to its comfortable and specially should not much differentiated to next-door neighbours." -- a21studio 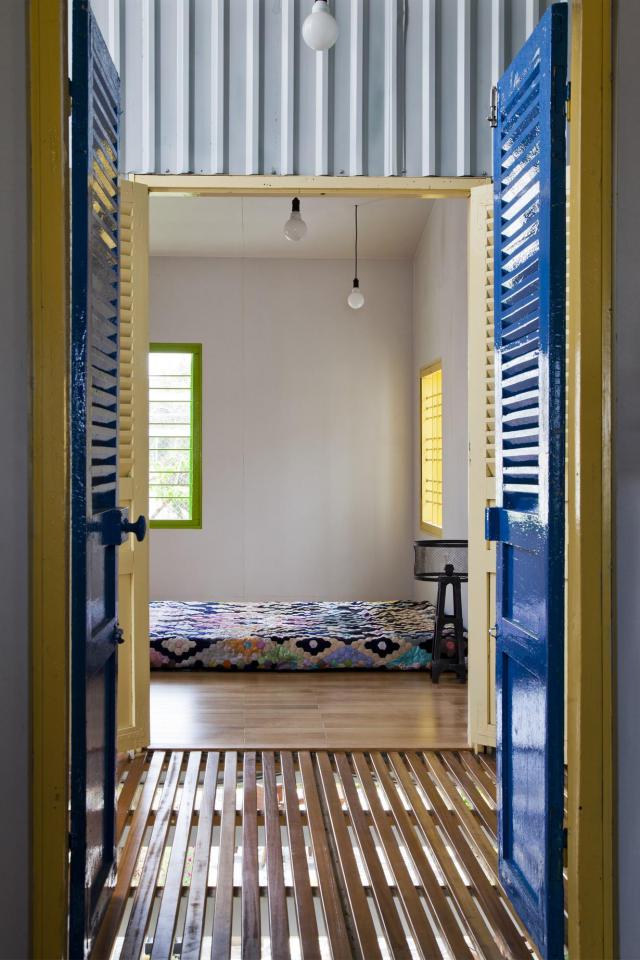 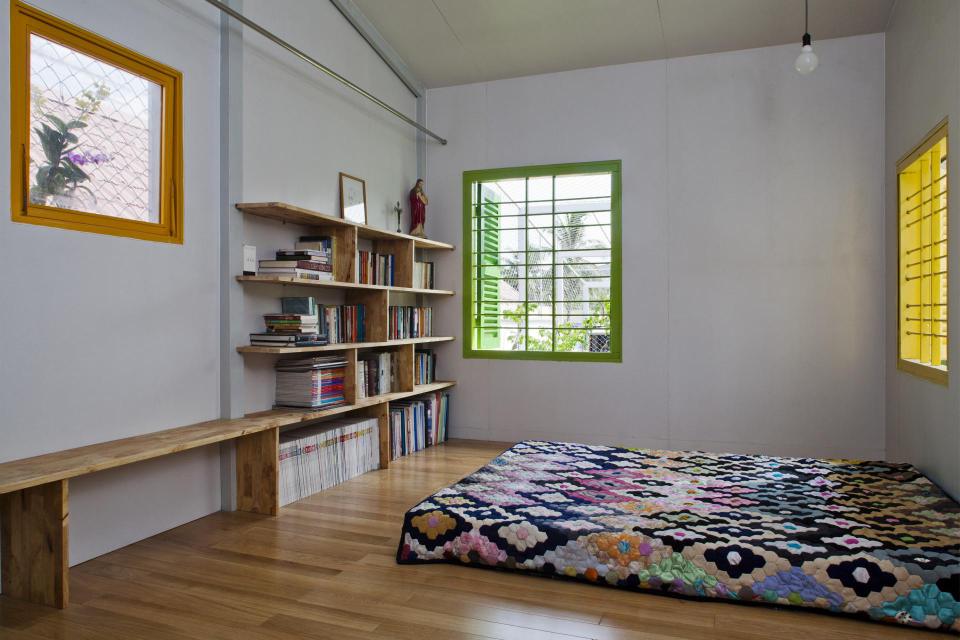 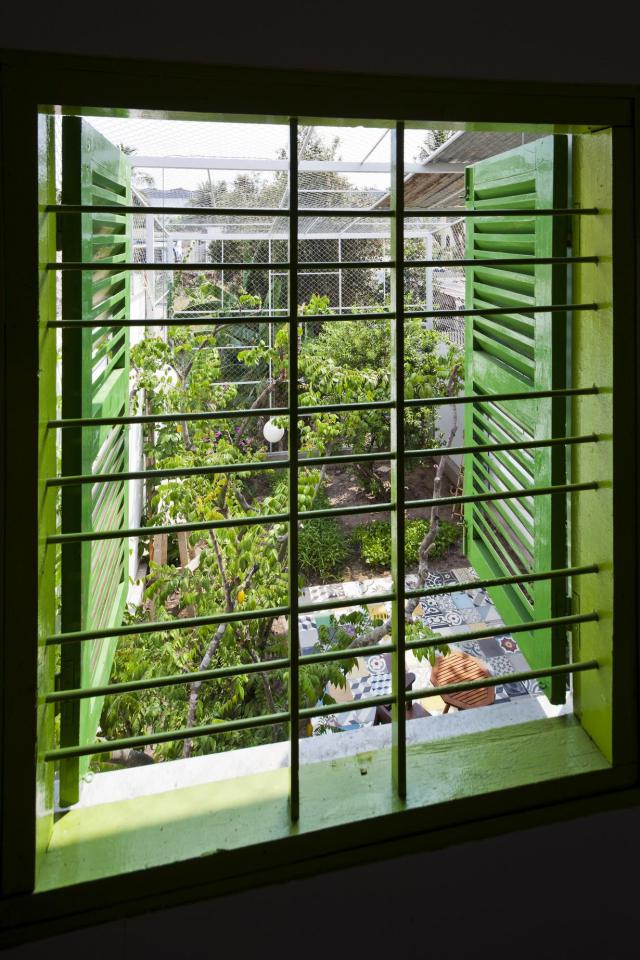 In this project, humble materials are expertly detailed, which brings a richness to the home. Salvaged timber doors and cabinets bring an aged charm to the otherwise minimal and clean lines of the steel structure -- "the beauty or serenity of old items that comes with age." 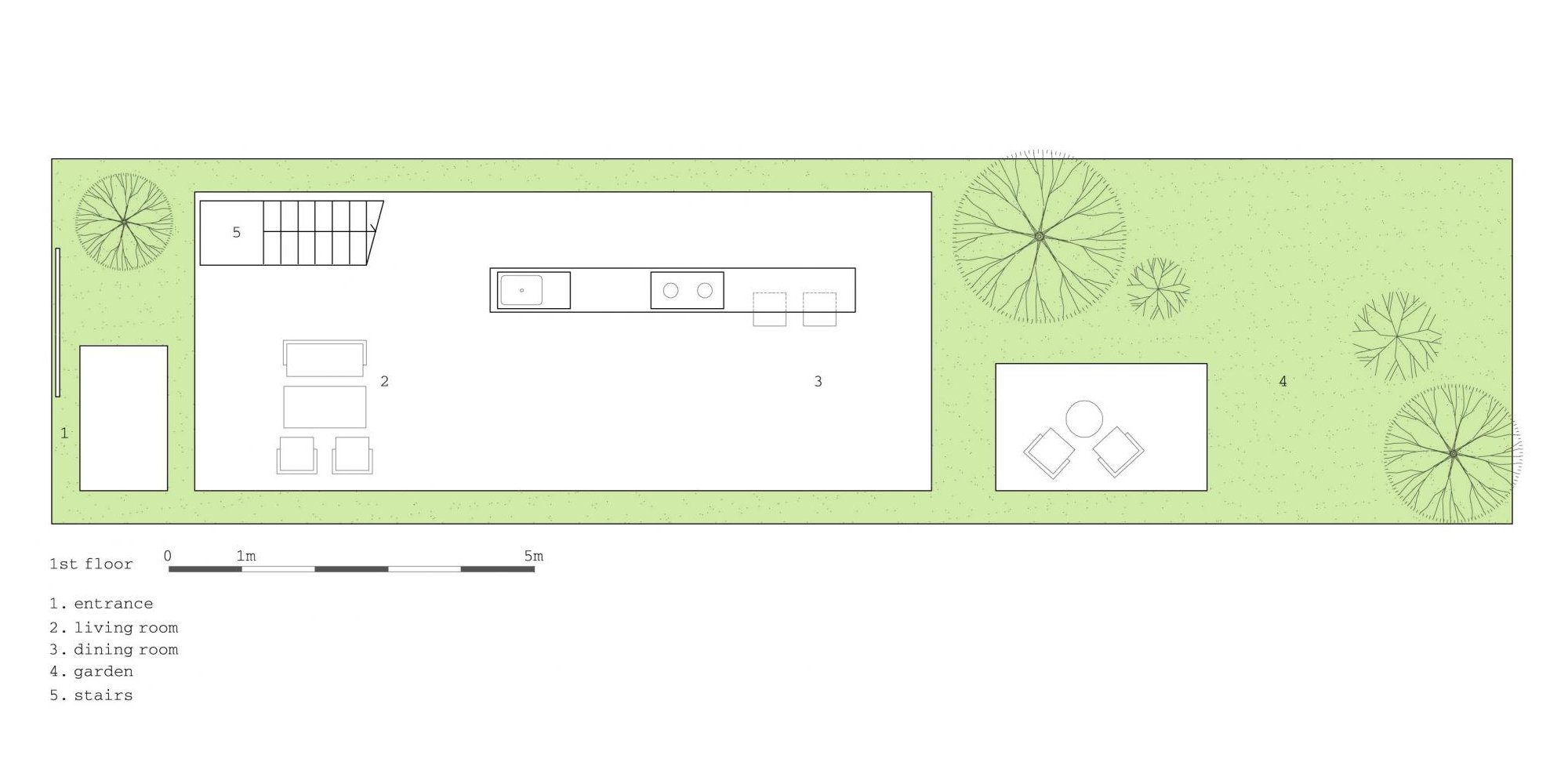 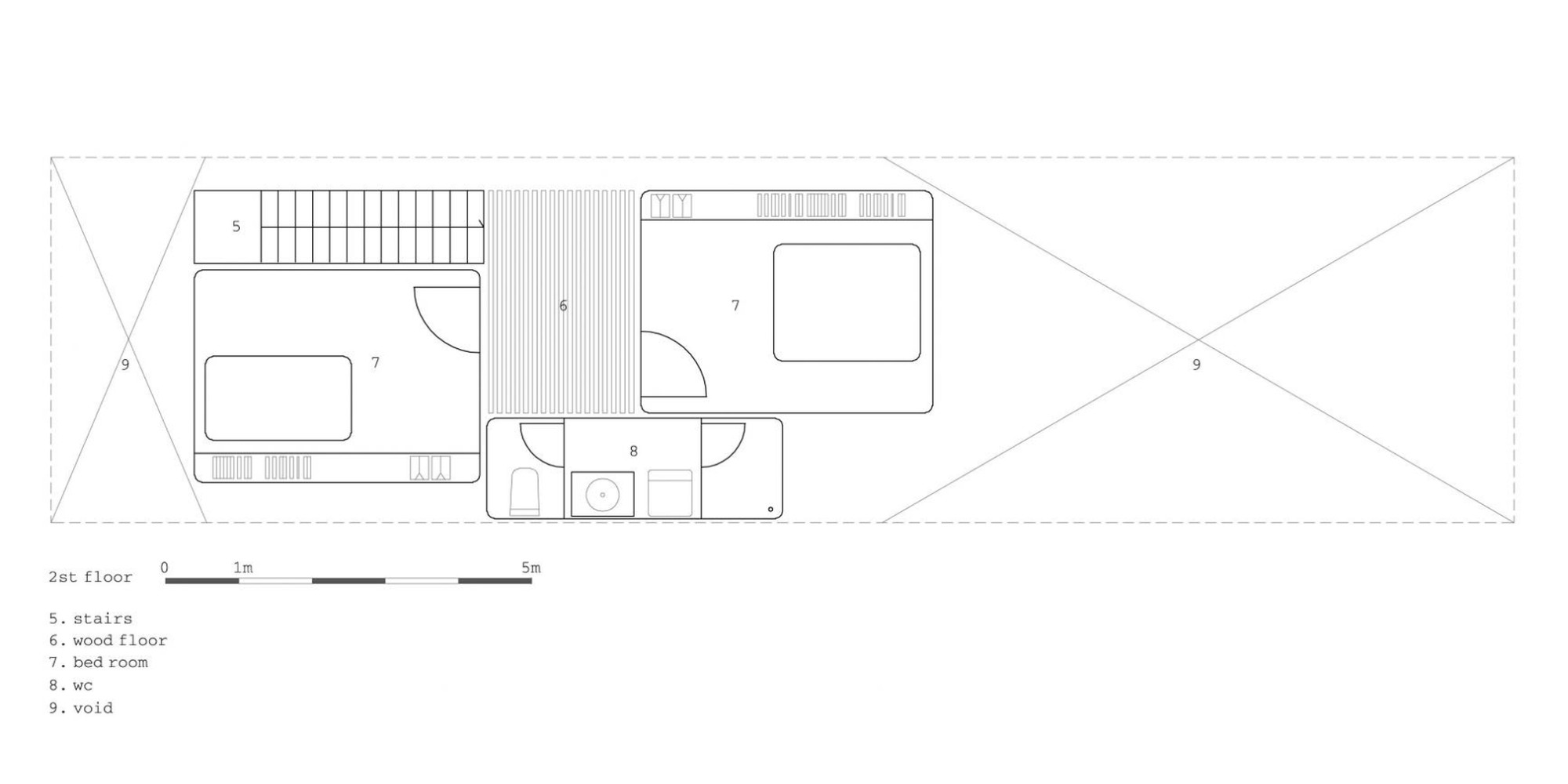 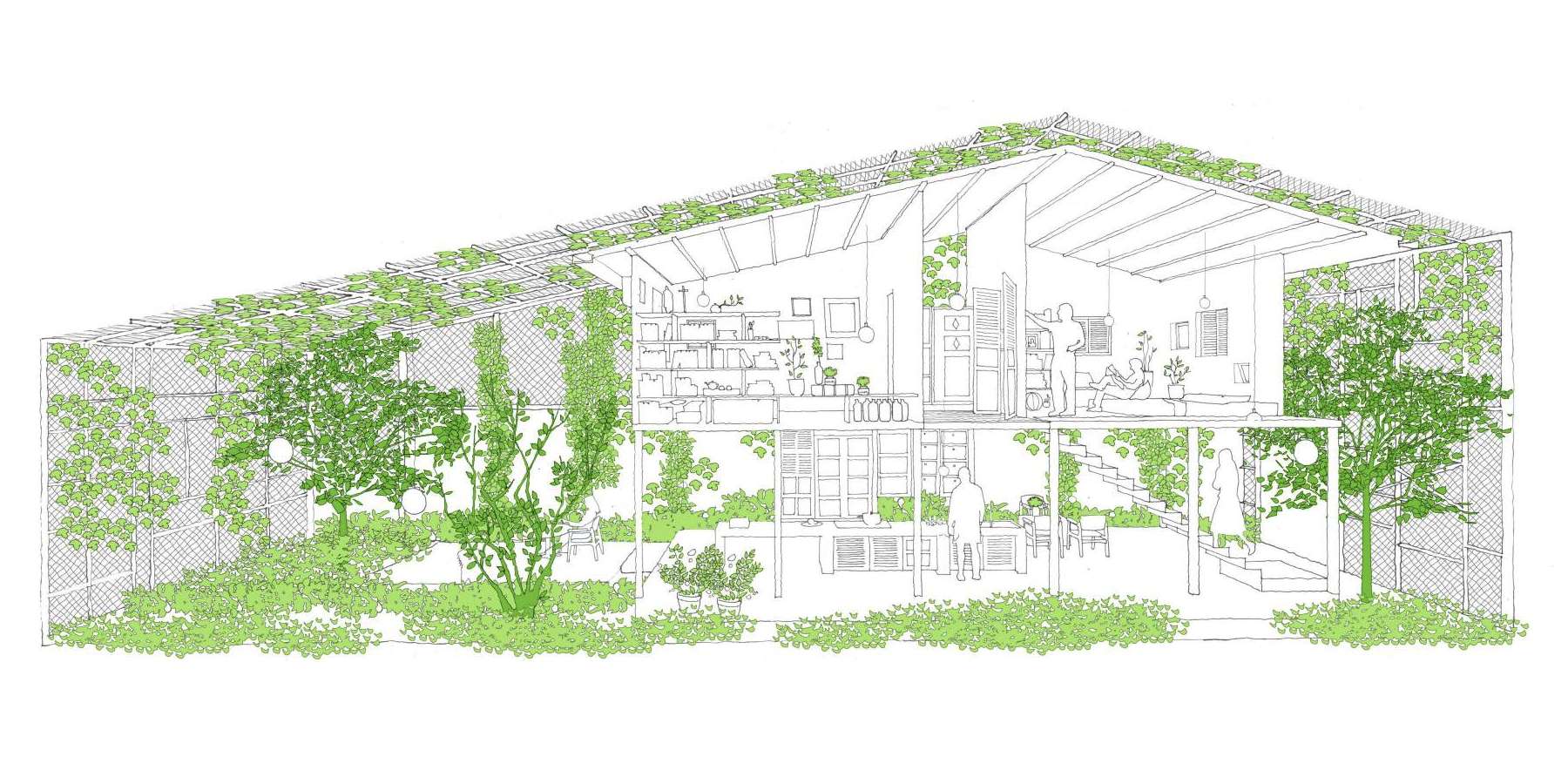 This is an exciting project for Vietnam and low-cost architecture. It represents an affordable alternative to the traditional approach which also prioritizes livability. It demonstrates a flexibility of space and a new approach to low-cost construction. Reclaimed items make up a significant portion of the building, while greenery and plants are made a priorety in the design, not an afterthought.