The Truffle: See How Paulina the Cow Created This Unusual House

A House Created By a Cow (Almost)

Step inside this tiny, truffle-inspired hideaway and you'd be forgiven for thinking you'd arrived in a prehistoric cave-dweller's home -- only it's expertly styled, has the modern conveniences of a toilet, shower and comfortable bed and a stunning view of the ocean! This unusual home on the Costa da Morte coastline of Spain is innovative in every way. As far as unique homes go, it takes the cake. Or -- perhaps more appropriately -- The Truffle. Paulina the cow had a role to play, too. You'll never guess how... 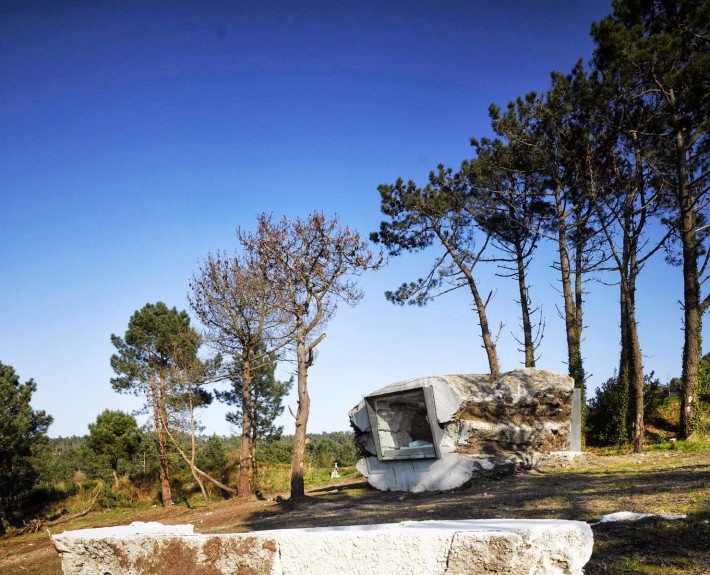 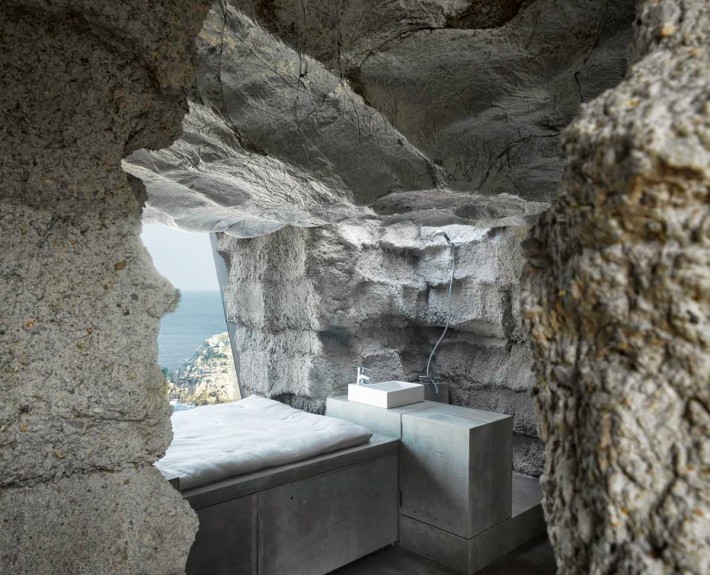 Like a truffle, this home is of the earth. From the outside, its organic shape looks more like a misplaced bolder than a home -- perhaps a remnant of a long extinct volcano. Inside, highly textured surfaces are more cave-like than any man-made space.

Check out this video to see the making of The Truffle (and meet Paulina the cow).

Now they had a glorified rock with a hidden hay core! To create a livable space inside they needed to: 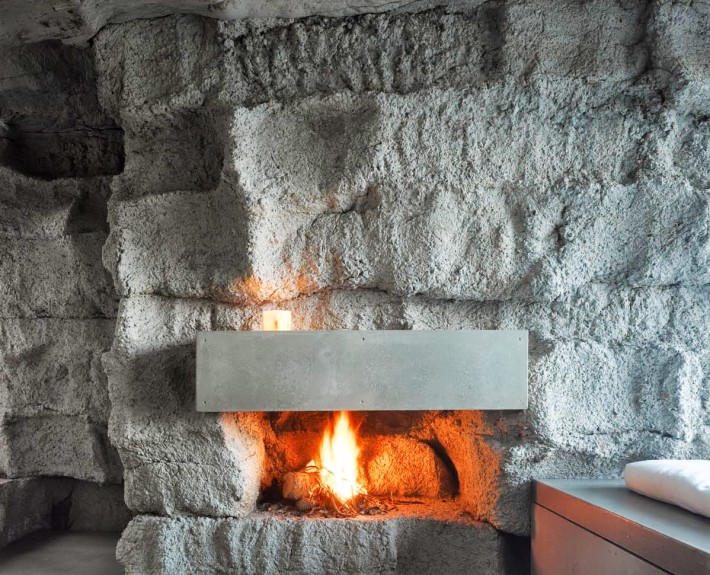 Contrasting smooth fibre cement against the rough, hay formed concrete creates a striking effect. These refined elements lift the interior from something rough and unfinished into a space that is elegantly designed and visually interesting. 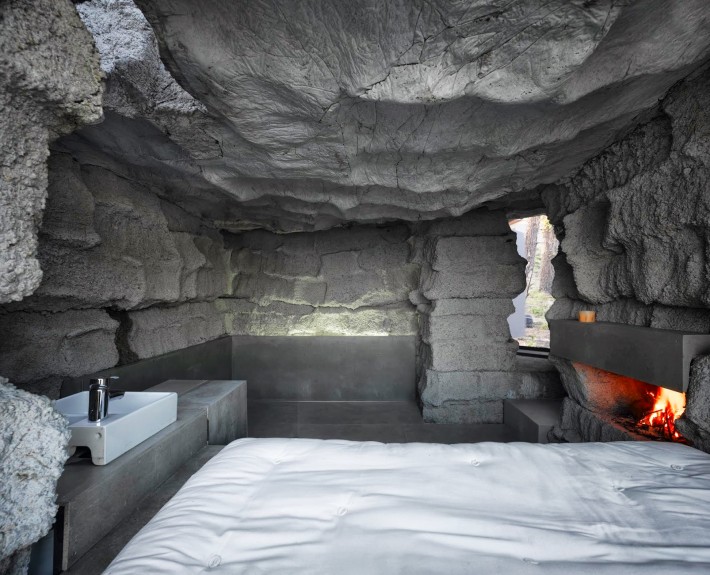 A built-in fireplace heats the space. The small space (just 25 m2) doesn't take long to warm up and the concrete quickly absorbs the heat to moderate the temperature during the night. 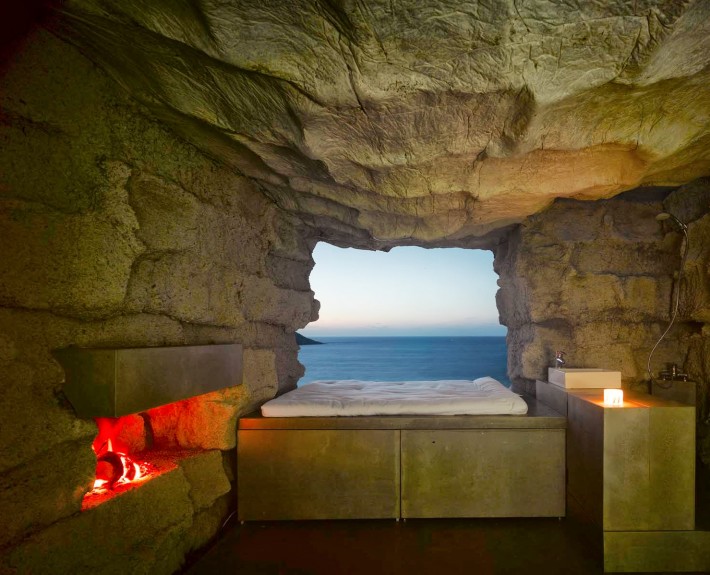 Let's not forget the stunning views of the ocean from The Truffle's single picture window. What a beautiful, cozy place to watch the sun go down over the Atlantic. 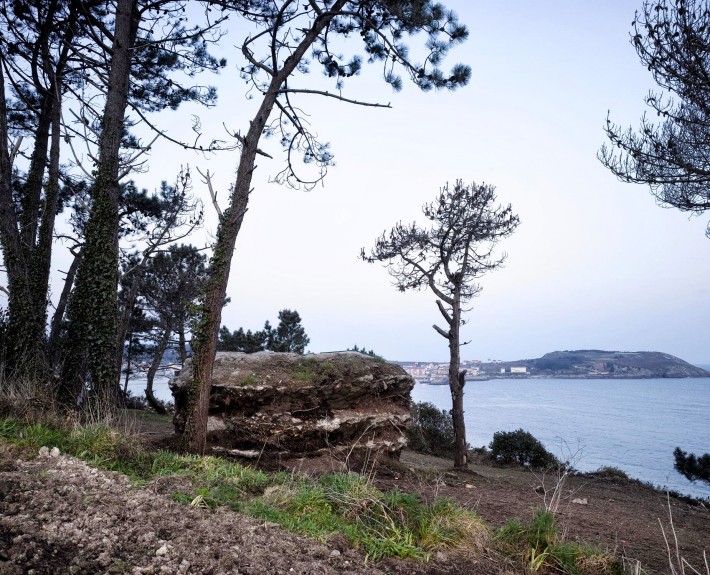 Earth and concrete worked in harmony in this project. The earth gave the concrete its form and texture and the concrete blends with the earth, creating a structure that camouflages with its environment. 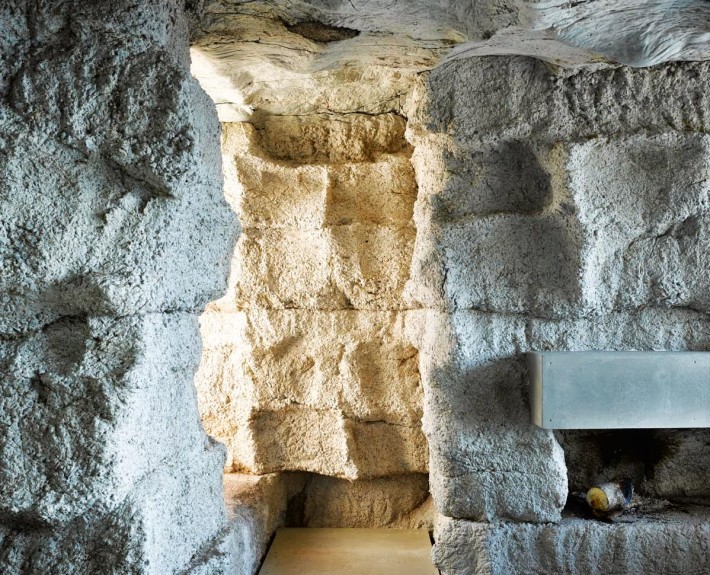 Light plays against the textural walls to create incredible shadows and depths of light and shade. As the day progresses these shadows and textures change. This visual stimulus makes the small space feel larger and more interesting -- the space is ever-changing. 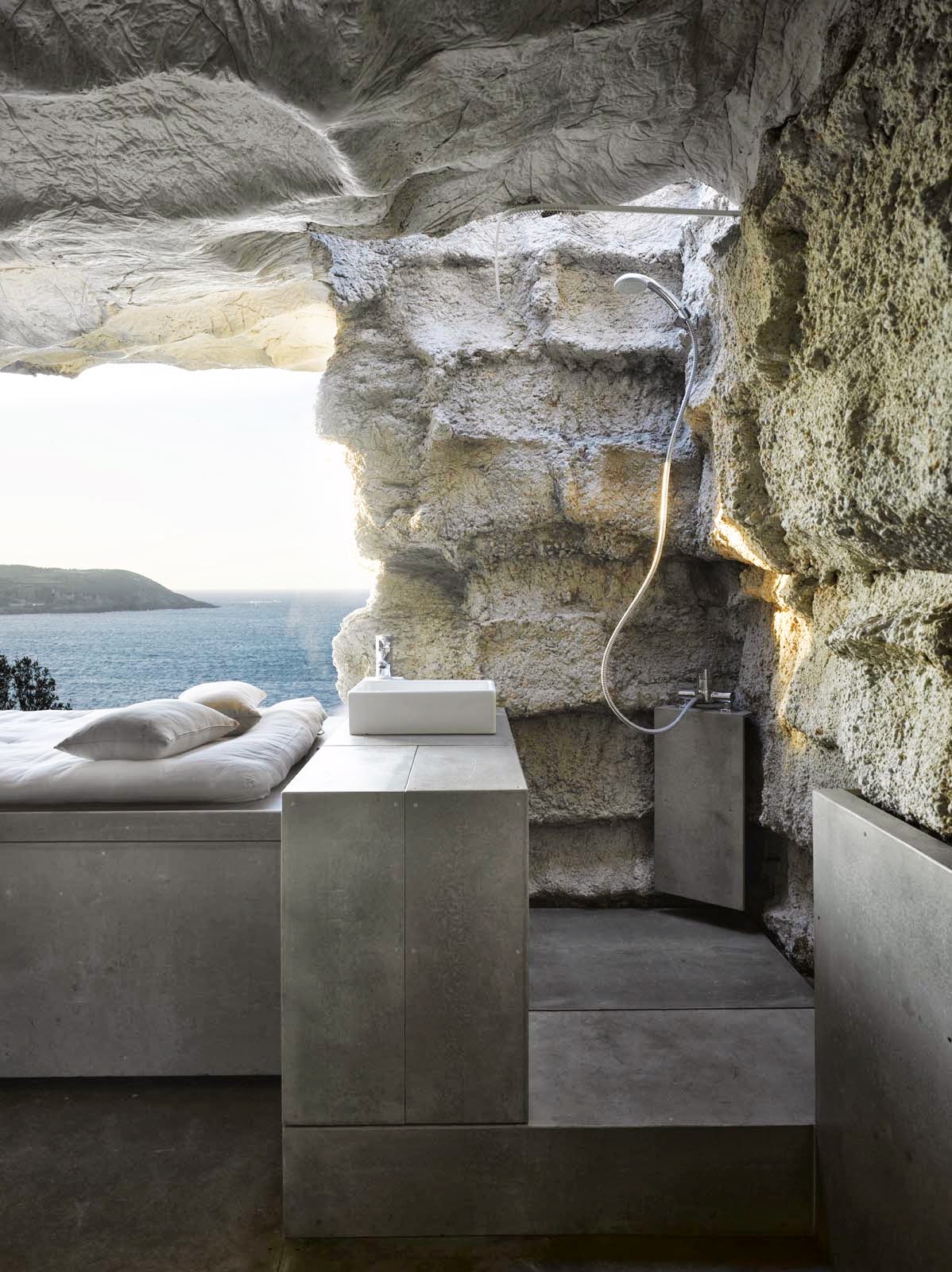 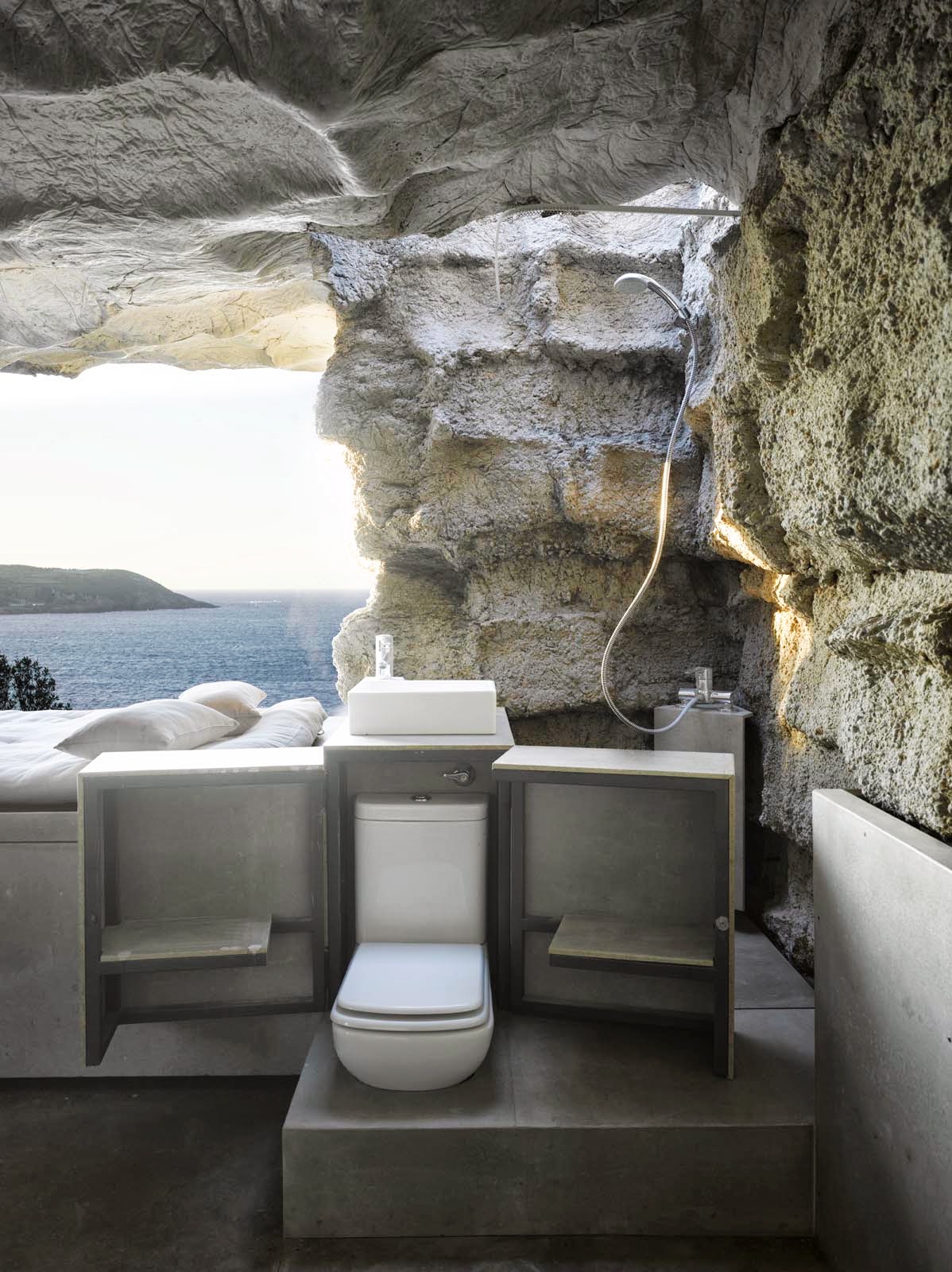 Ensamble Studio have even managed to incorporate a small bathroom into the space, including a concealed toilet! If you've ever wanted to have a shower in a natural waterfall, this is as close as you can get without leaving the house. 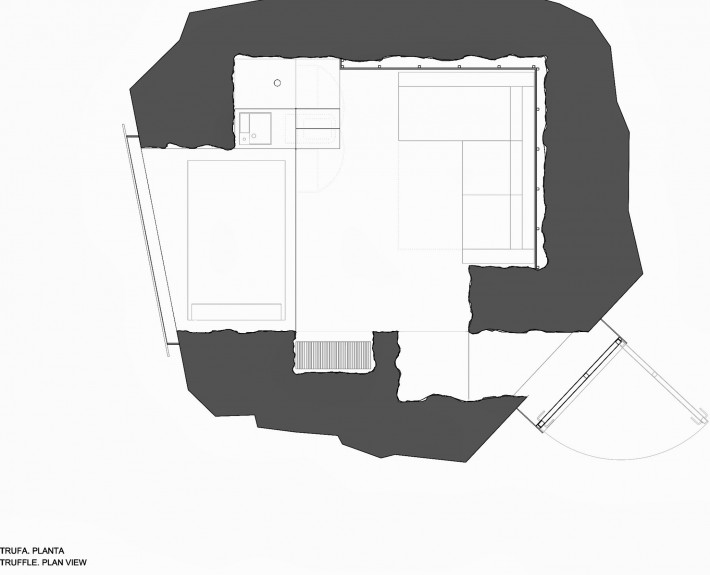 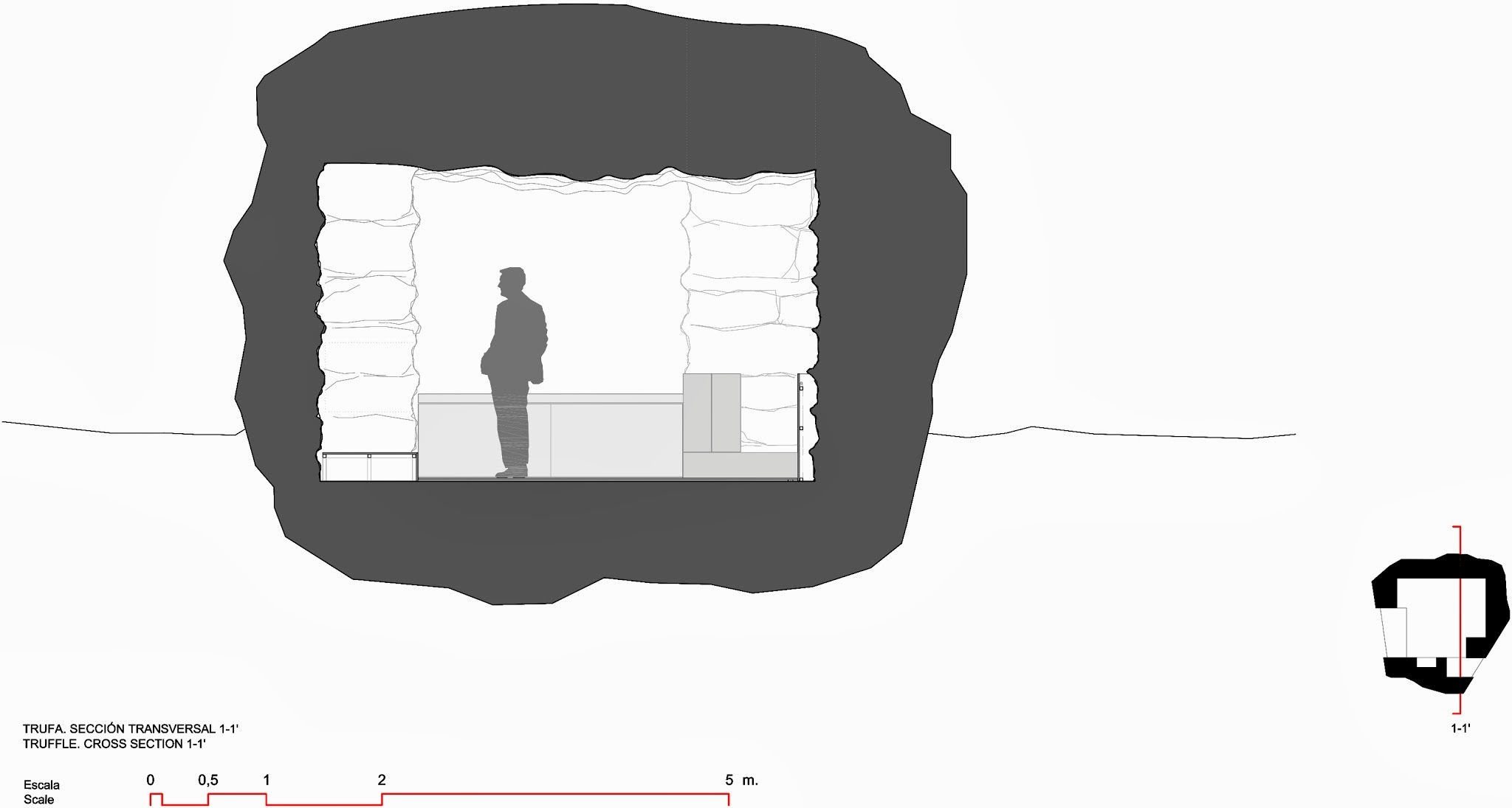 A Truffle for Living

Truffles are a prized delicacy in many cuisines. While this truffle isn't for eating, it is certainly a delicacy of the architectural world -- a truly unique and inspiring space. The story of The Truffle even has its own truffle hog. Paulina the cow uncovered the rich, naturally formed space hidden by The Truffle's rough exterior. With some finishing touches this incredible home is now the perfect back-to-basics beach-side getaway for one or two people.