Say you arrived at this house blindfolded. You take a second to look around at the lush foliage surrounding the house, the natural timbers and the open-air feel of Tír na nÓg. You might assume you'd been taken to a secluded jungle location. The set of a film, perhaps.

You would, of course, be wrong.

The only giveaway that you were actually in McMahons Point -- just 3 km from Sydney's CBD -- not a Cambodian jungle might be the occasional sneaky glimpse of a terrace house or a car through the thicket of creepers and foliage. It's a convincing illusion... 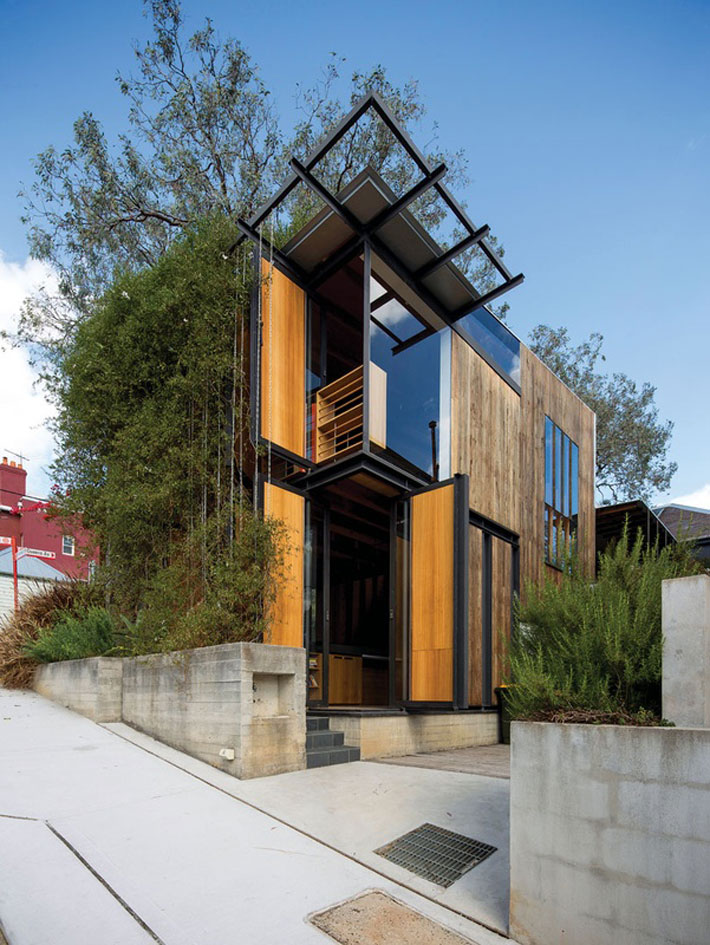 Architect and Builder Drew Heath was inspired by the ruins and overgrown jungle surrounding Angkor Wat. He used this inspiration in the design of his own home on Sydney's Inner North Shore -- creating a summer pavilion linked to an existing worker's cottage by an open courtyard garden.

Tír na nÓg appears covered in jungle from both the outside and inside thanks to the clever integration of creepers, glass and mirrors, which make the house expand into the garden.

The original worker's cottage has been transformed into a sleeping quarters with nooks and spaces designed to sleep 10-12 people, while a new summer pavilion and courtyard open to the elements, the boundary between inside and outside increasingly blurred. 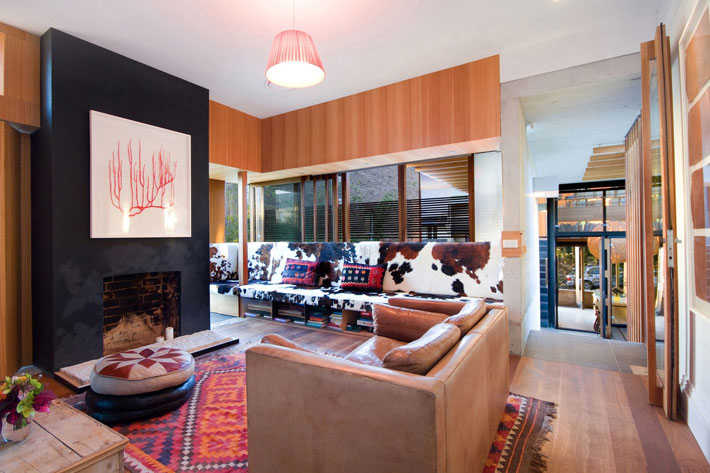 Drew's use of natural materials is in keeping with his philosophy for handmade and handcrafted buildings with a low environmental impact. The use of timber, concrete and glass is perfectly balanced to blur the interior of the house into the surrounding vegetation -- enhancing the sense that this is a hidden jungle hideaway. 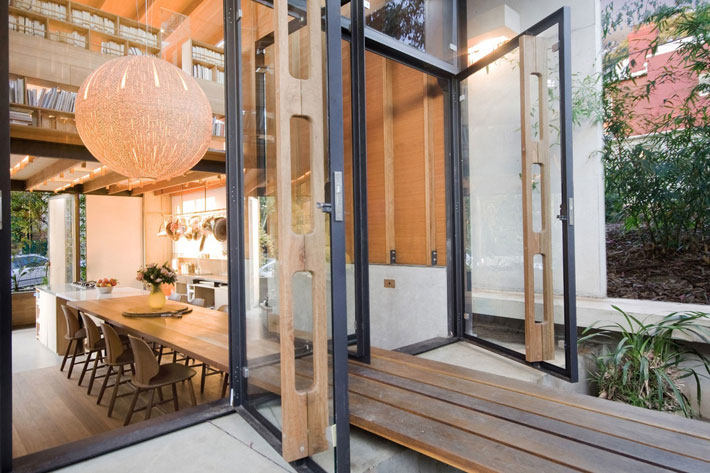 The timber dining table extends out into the courtyard, breaking down the relationship between indoors and outdoors. Glass windows with shaped timber handles can be opened to make the boundary between inside and outside disappear completely. What a great way to take advantage of Sydney's beautiful temperate climate. 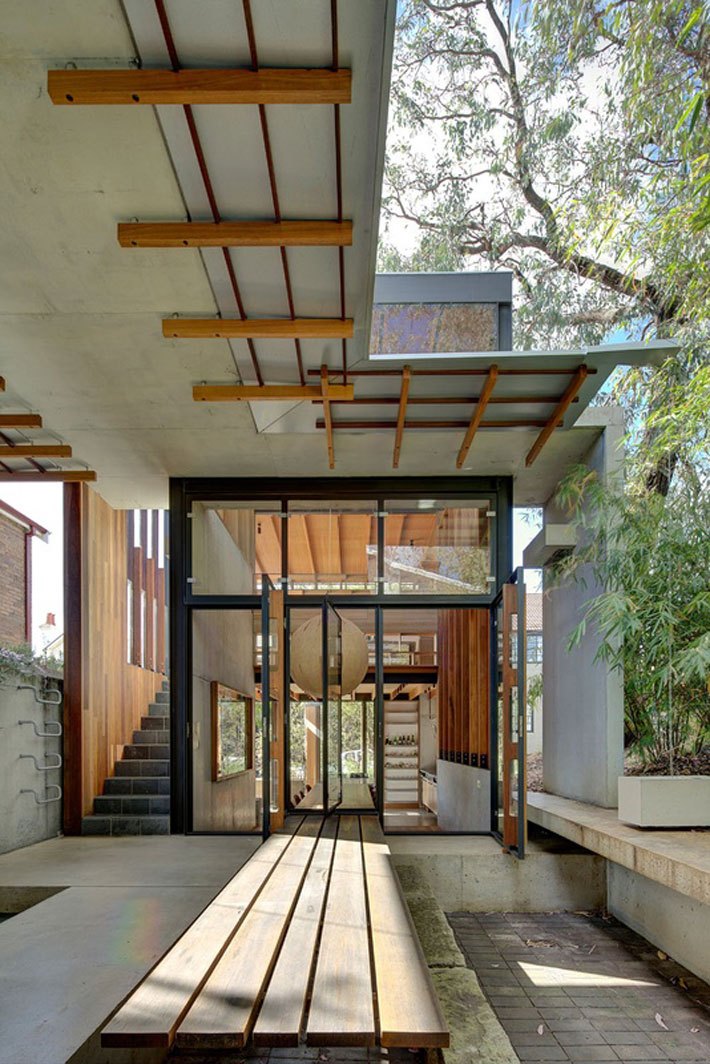 Drew's skill as a builder is evident in the clever detailing of this home. Concrete seems to defy gravity, timber battens delicately balance awnings and thin steel windows disappear into the surrounds. The palette of materials is layered skillfully to achieve a rich aesthetic without appearing complicated. 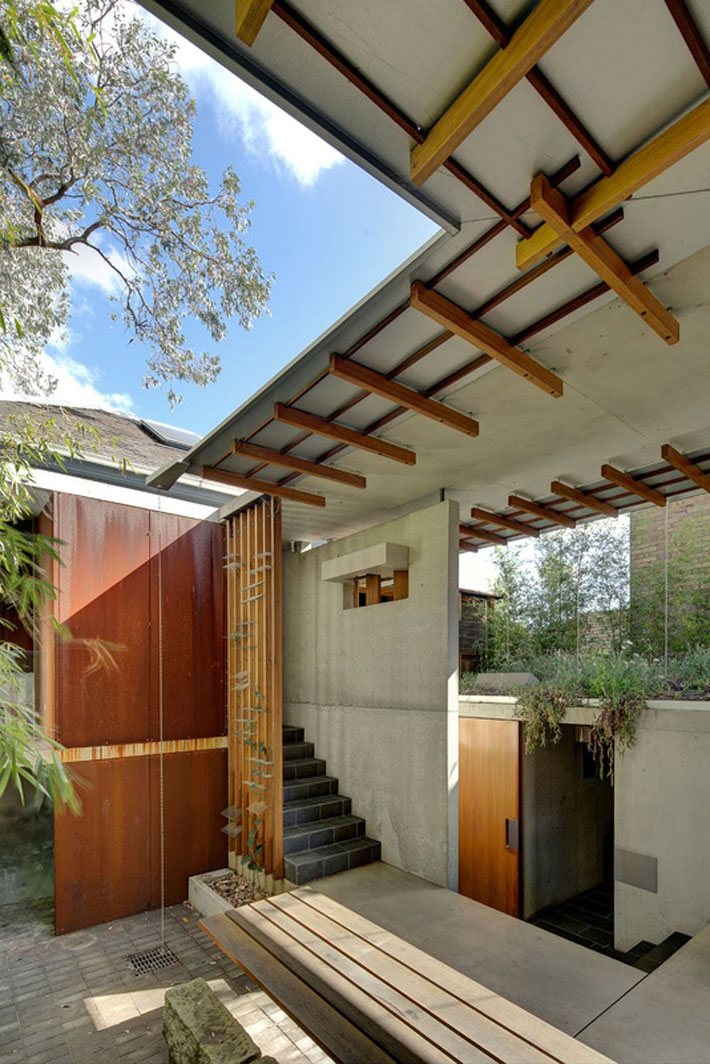 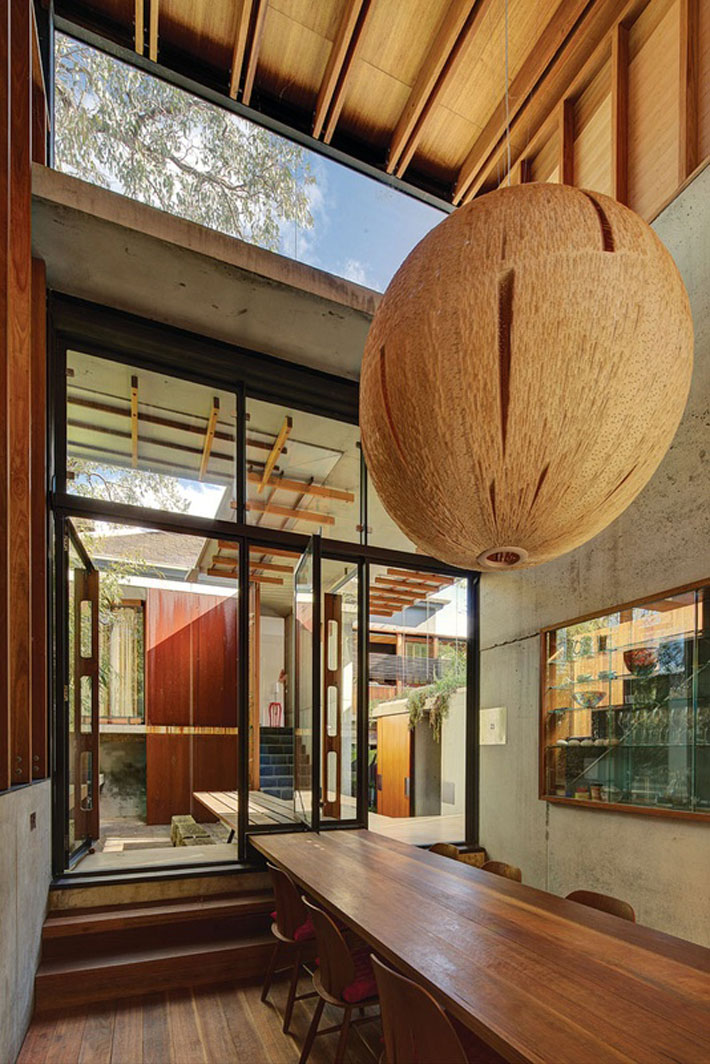 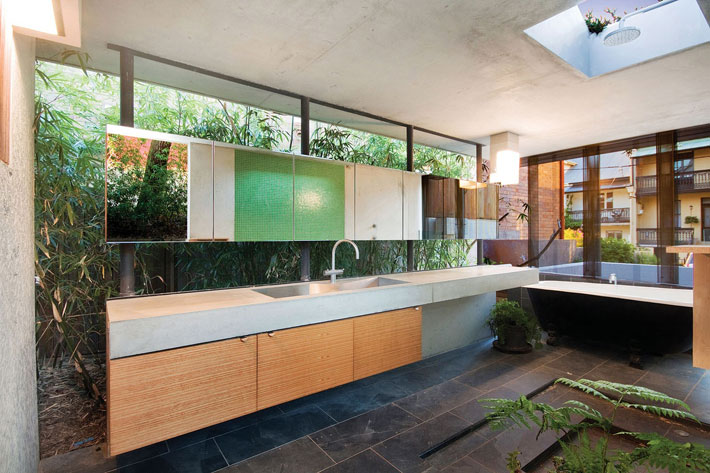 Nowhere is the connection with nature more apparent than in the bathroom. Visually, it's hard to determine whether there are any walls. In fact, the room is largely open to the elements. A smaller, enclosed winter bathroom is available for the cooler months. In this summer bathroom foliage and plantlife are welcomed into the space. One thing that might shock some is the lack of blinds on the expanse of glass facing the street. Drew's trick -- "the window steams up and that becomes the curtain. No-one believed it would work, but it does perfectly." 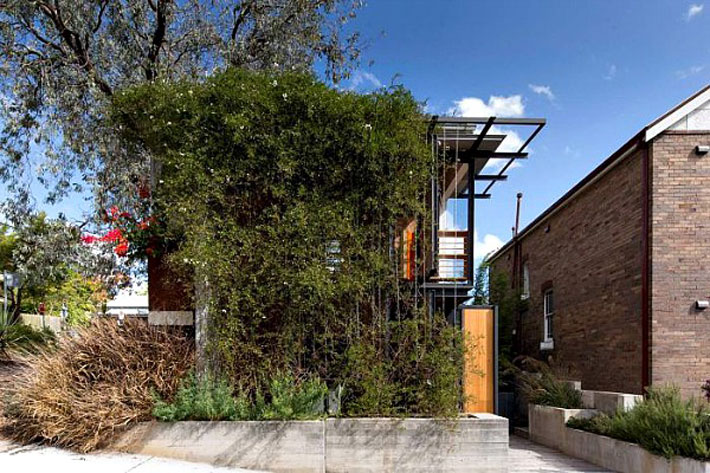 The house is community minded, giving greenery back to the street. Rather than an overbearing brick facade, or the dreaded double garage aggressively staking its street frontage, Drew's house offers creepers and a palette of natural materials. It would be hard to complain about the neighbor's extension if they were all this generous. 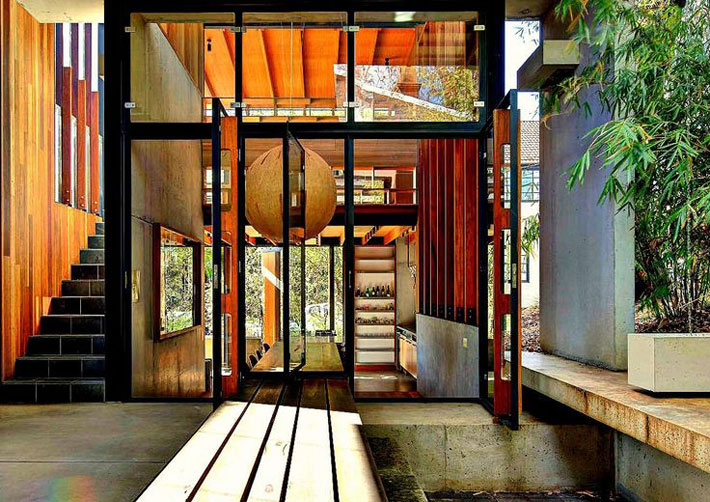 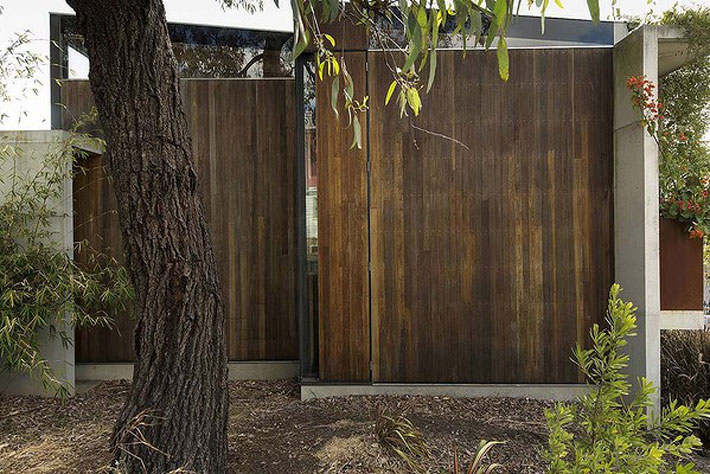 A Piece of Ancient Cambodia in Sydney

Tír na nÓg is a stunning slice of Cambodia translated for a Sydney residence. The ability to delicately integrate indoors and outdoors is not easy at the best of times, let alone in a dense inner suburban area. Drew Heath Architects have displayed great skill and craftsmanship in the execution of this delightful home.

More people should have a slice of jungle in their homes.