White Avenue in Brisbane enjoys a sense of community that is sadly lacking in many Australian suburbs. Sure it's warm year-round thanks to Brisbane's enviable climate, but apart from the weather, it's the kind of street where neighbors meet and socialize in their front yards rather than retreating to the privacy of their backyard. It was this warm neighborly atmosphere that originally attracted the owners Mia and Ross Cartlon and their three teenage children to the street, and one of the reasons they chose James Russell Architects to extend their dated weatherboard… 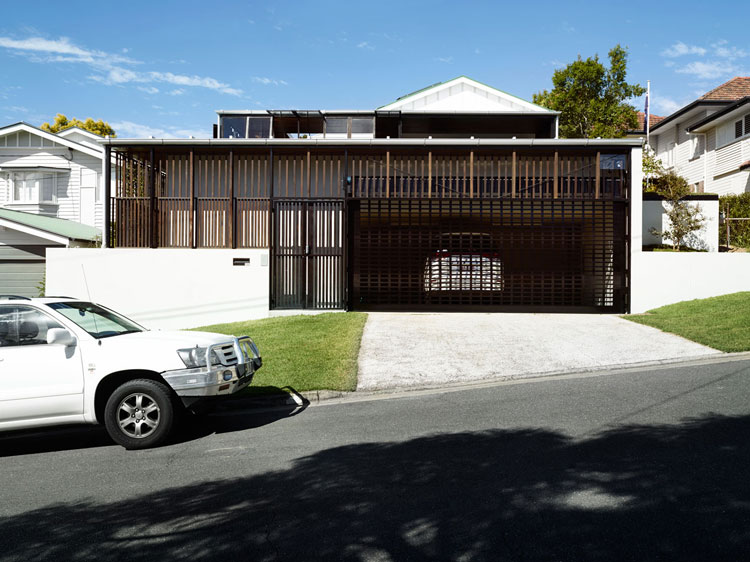 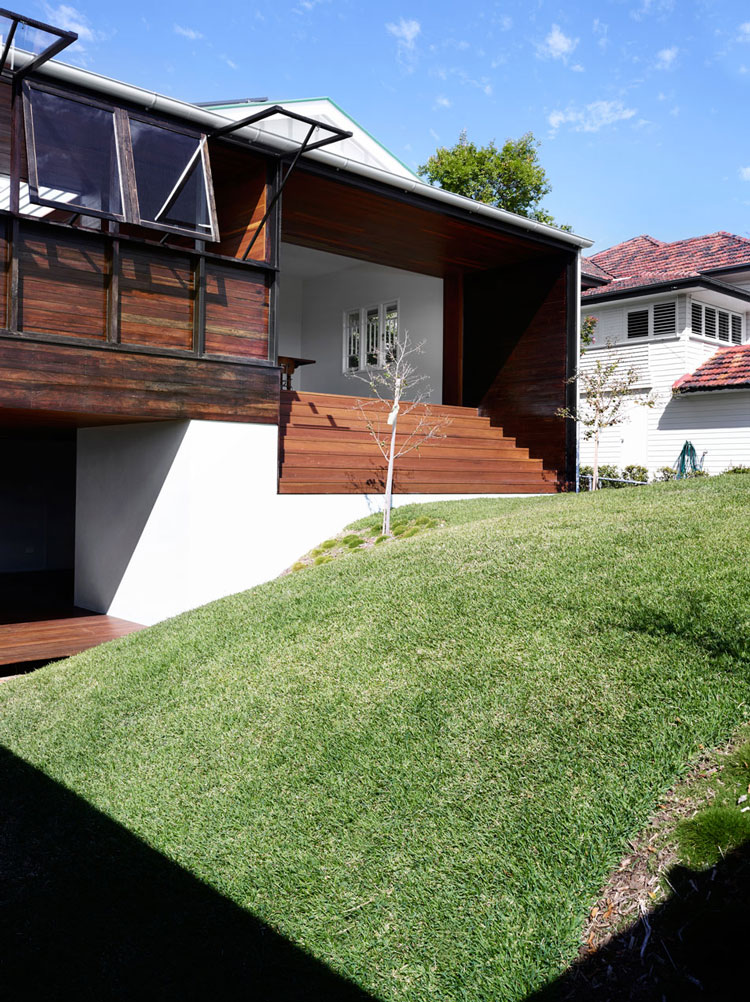 The Carlton's approached James Russell Architects after a recommendation from a neighbor. His distinctive is tropical style gelled with their own ideas about how spaces should effortlessly flow between indoors and outdoors, taking advantage of the benign Brisbane climate. 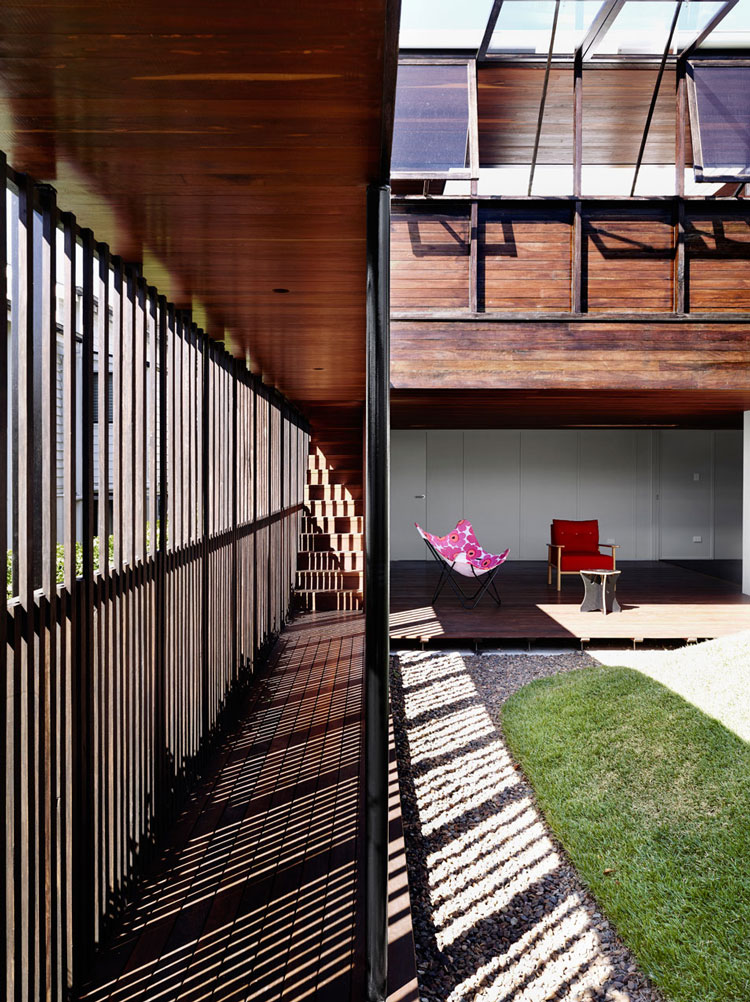 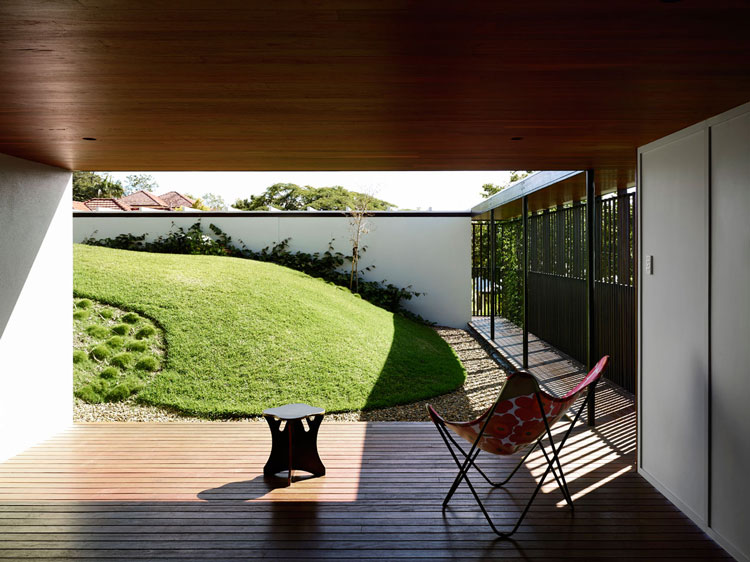 The original weatherboard house dated back to the 1910s and had a familiar suburban feel. An addition in the 1980s had been tacked awkwardly onto the front of the house, mimicking the original style, but ignoring the fall of the land and the connection to the street. The result was a house which looked ugly and hostile from the street — not a house fit for White Avenue at all. 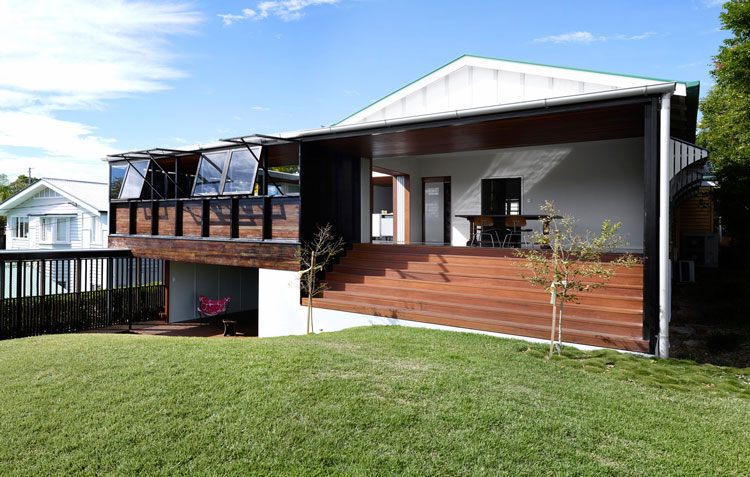 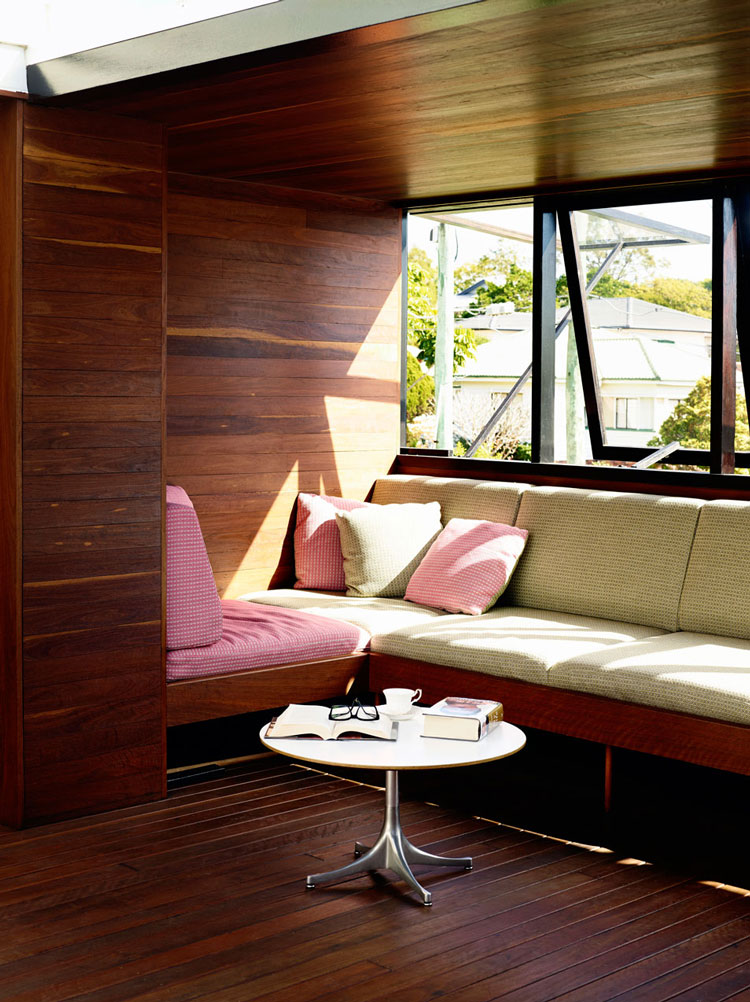 The clients' brief was to replan the home in a way that would provide some more independence to their now teenage children, reclaim their north-facing front yard so they could host impromptu gatherings of neighbors and friends, and open the house up to light and breezes. 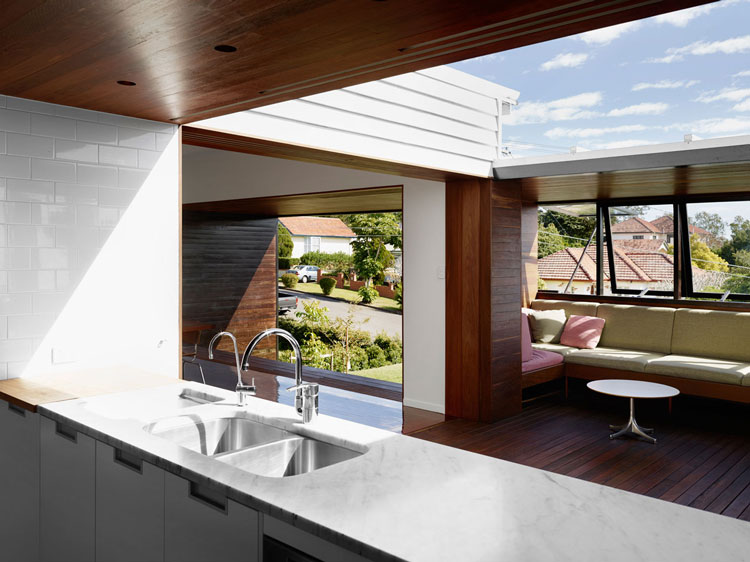 Russell's response was to remove that awkward 1980s extension and reclaim the front yard. By burying the garage and landscaping over it, the yard becomes a sunny courtyard connecting with and engaging the home at several levels. The hill becomes and informal gathering spot — a casual place for the kids to hang out or for the Carlton's to have a drink with neighbors. 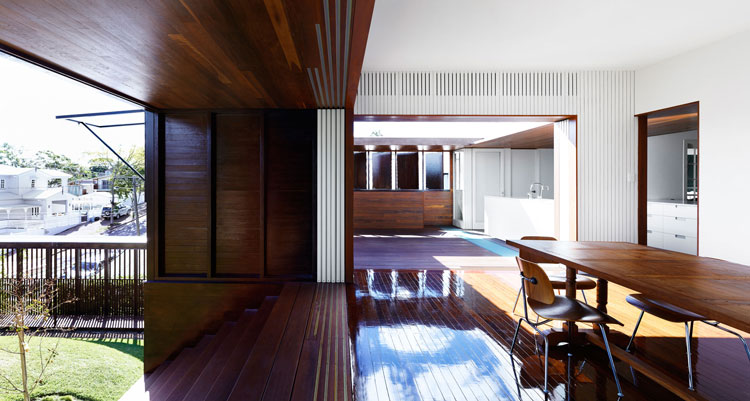 Meanwhile, clever detailing of doors and openings means the whole house can open up, completely blurring the line between indoors and outdoors. When all the doors are open, the kitchen and sitting nook feel like their outdoor spaces. But in the rare event Brisbane's weather turns nasty everything can be closed in for protection and comfort. 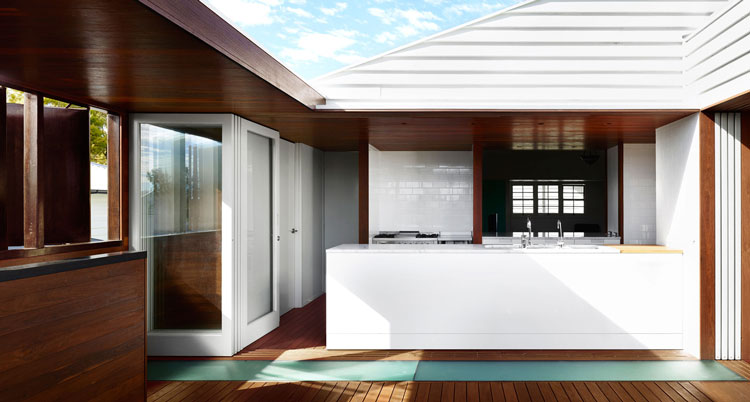 White Avenue House is another stunning example of climate appropriate architecture from James Russell Architects. It redefines what a suburban house in Brisbane should operate, embracing the elements and creating shared, social spaces which are open to sun and light. This house exceeds your average weatherboard house extension thanks to its clever planning.