Aperture House sits on a narrow lot in inner-city Brisbane. The project extends a small worker’s cottage taking the existing roof geometry and inverting it to optimise north and south light penetration while dramatising the new spaces and accentuating their surfaces. Aperture House uses the humble brick in imaginative and experimental ways which belie the modest scale of the spaces. 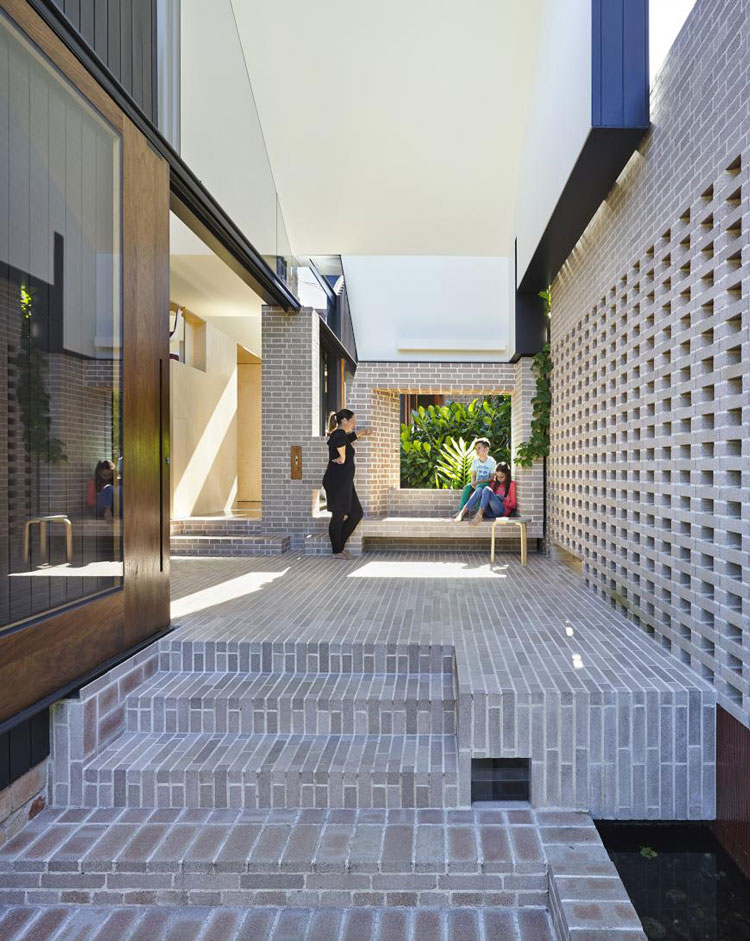 Brick are not typically associated with light and airiness. This project explores the capacity of brickwork to be modelled — inspired by footing walls of the existing cottage — perforated and patterned to create varied depths of field which help the spaces feel airy and open despite the narrow site. These techniques enable the design to deliver degrees of spatial revelation and modulation, external and internal privacy, and light permeation.

The brickwork also forms niches, plinths and floor surfaces that create the effect of the garden terraces folding up into the house. The extension is largely a brick structure, but this house doesn’t feel like a typical brick home. 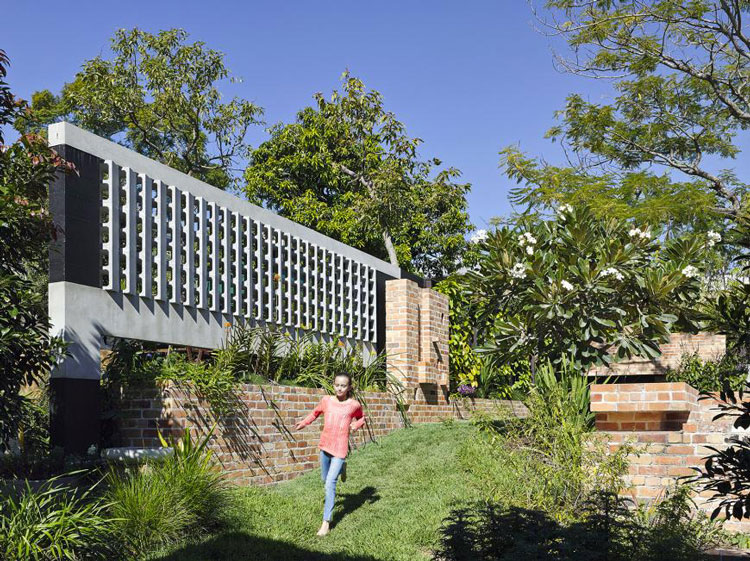 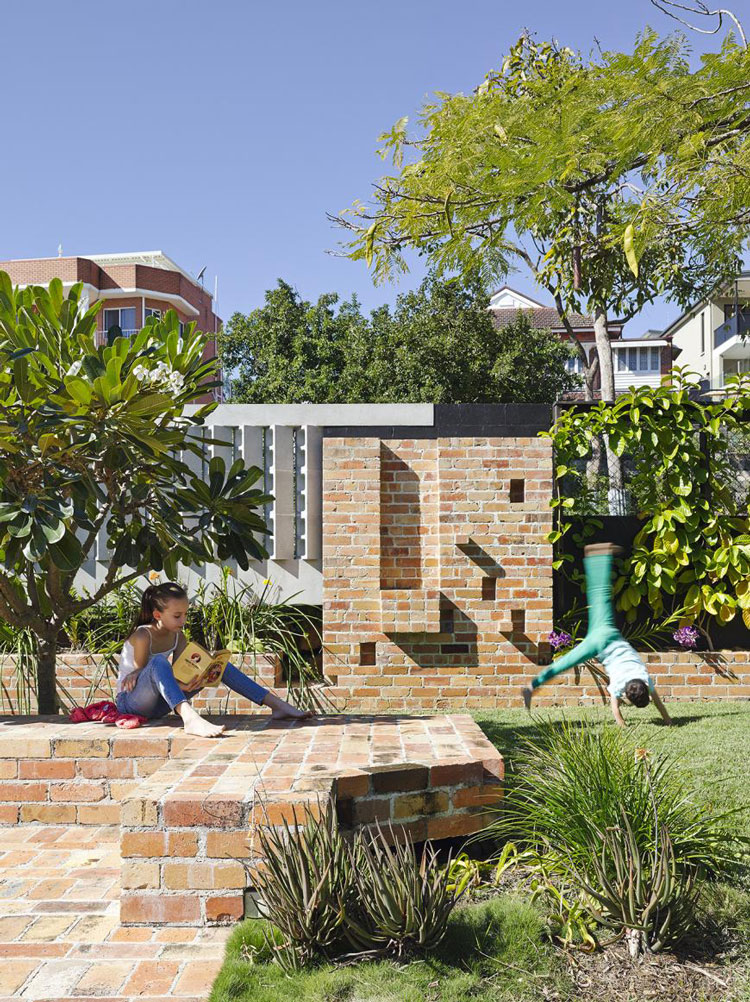 The Art of the Brick

Aperture House demonstrates the potentials of long, narrow urban sites to unfold into richly diverse living spaces. The house manipulates perspective in order to make the narrow site feel more open and spacious. Its real strength, however, is the intimacy of experience generated by craftsmanship. The architects hired a bricklaying couple specialising in the art. The house evolved as a study in porosity and patternation, utilising new and ‘lost’ bricklaying craft. 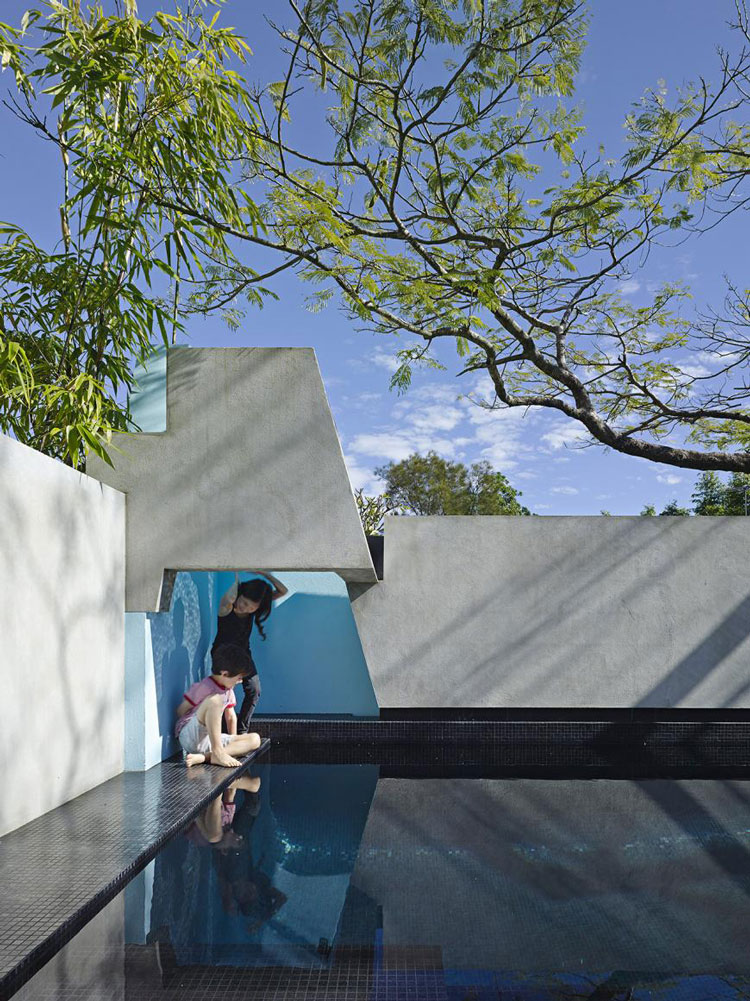 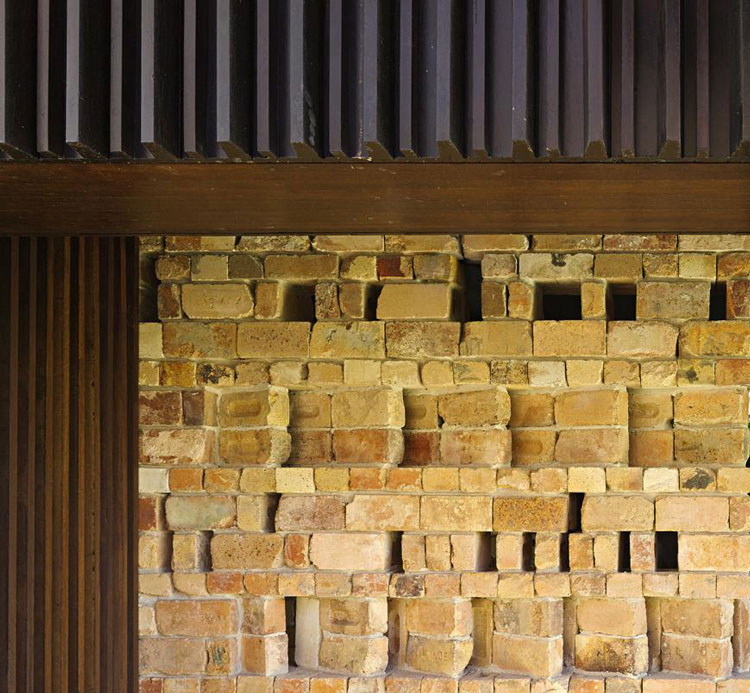 Operable louvres and sliding doors enable the homeowners to open and close spaces in response to climate or to modify spatial scale and atmosphere. This is a real asset in steamy Brisbane, where the ability to capture the right breeze means the difference between a hot sweat and tropical delight. 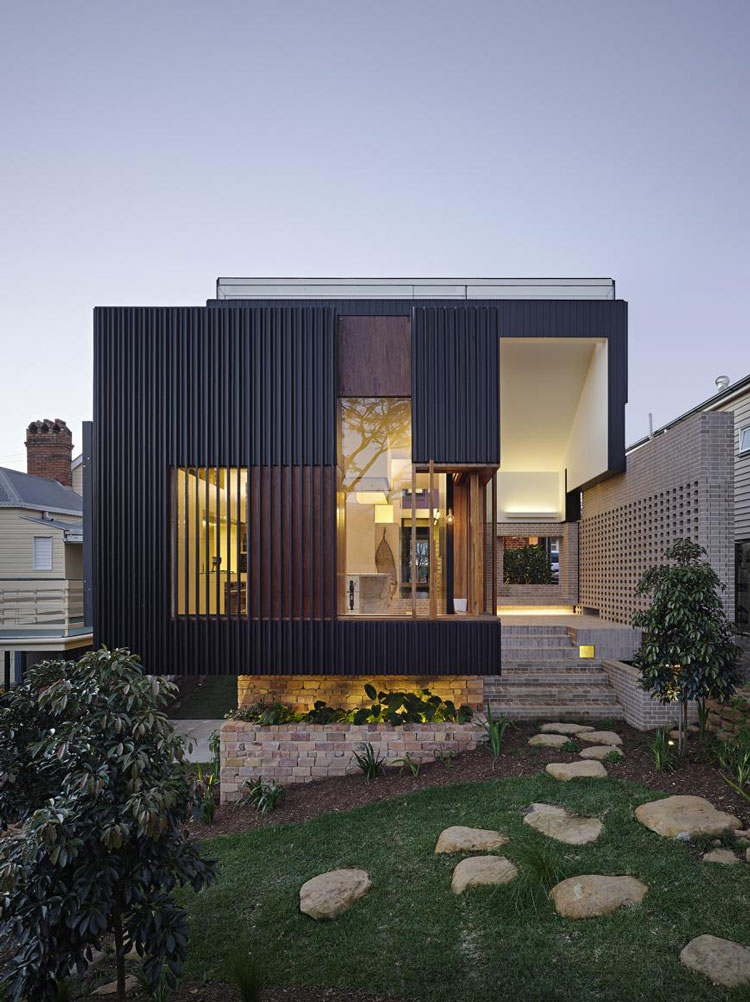 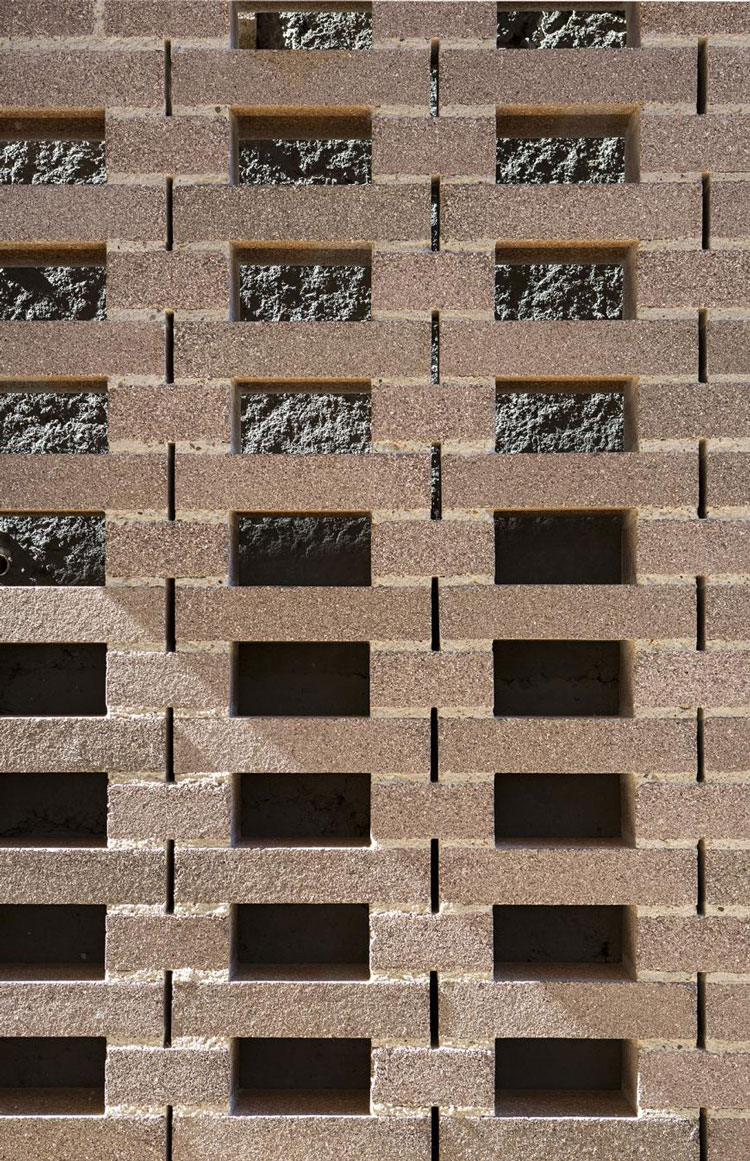 The governing idea behind this house is that of the use of aperture to enlarge, compress and extend space. Aperture refers to the whole — an extended small historic workers cottage, the rooms — from approach to rear garden, and the components – from sequenced framed openings to minute perforations. — Cox Rayner Architects 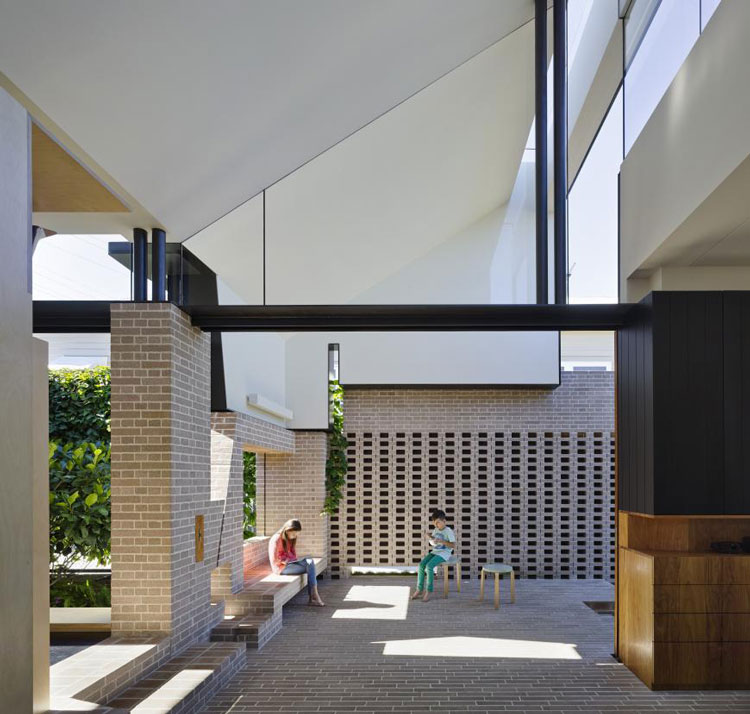 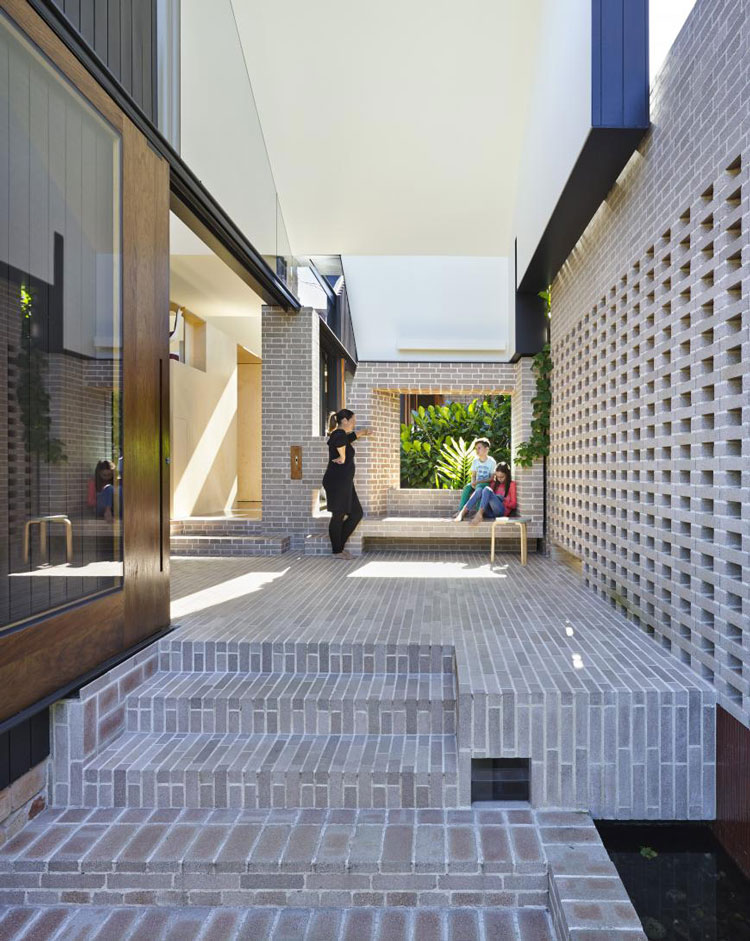 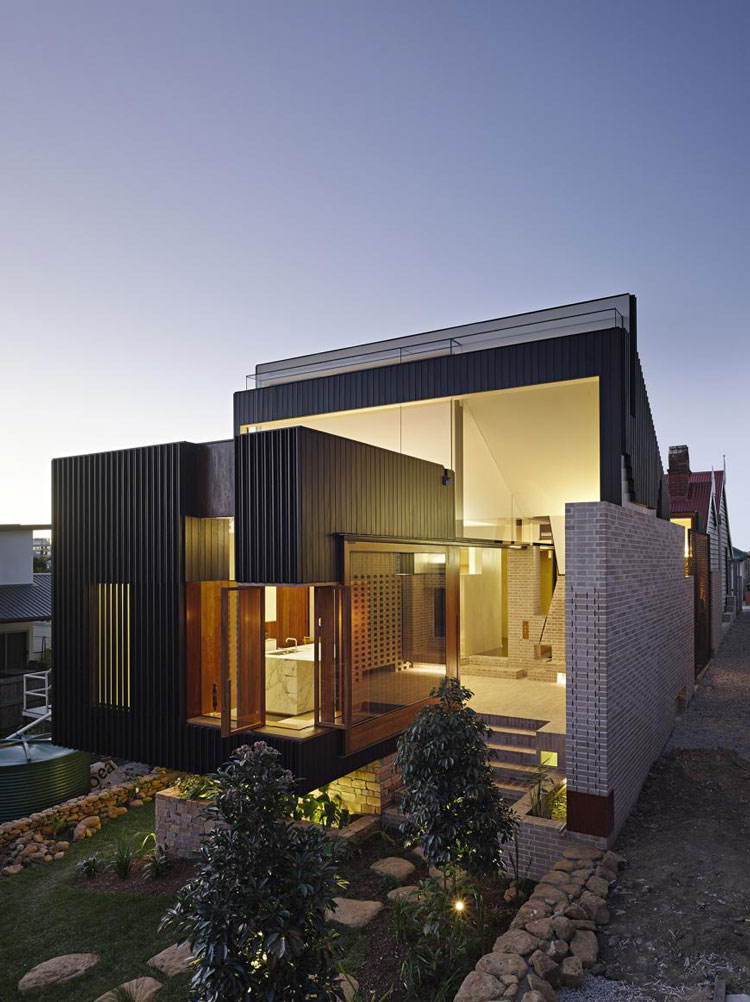 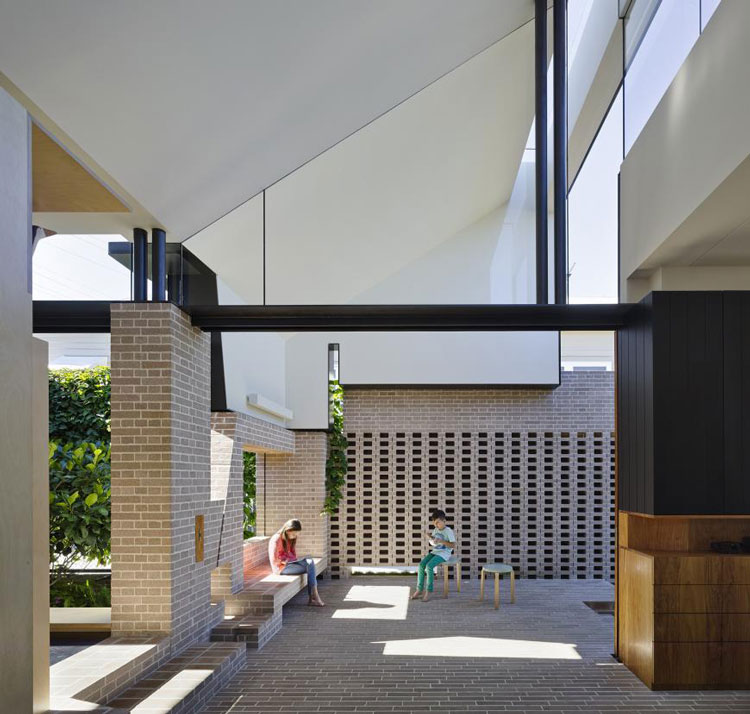 Due to the narrow confines of Brisbane’s inner city former working cottage sites, the house is necessarily linear. This is where the idea of the aperture and perforations are used to layer and interconnect spaces in longitudinal, lateral and unfolding ways — helping the confide site to feel spacious and free-flowing. 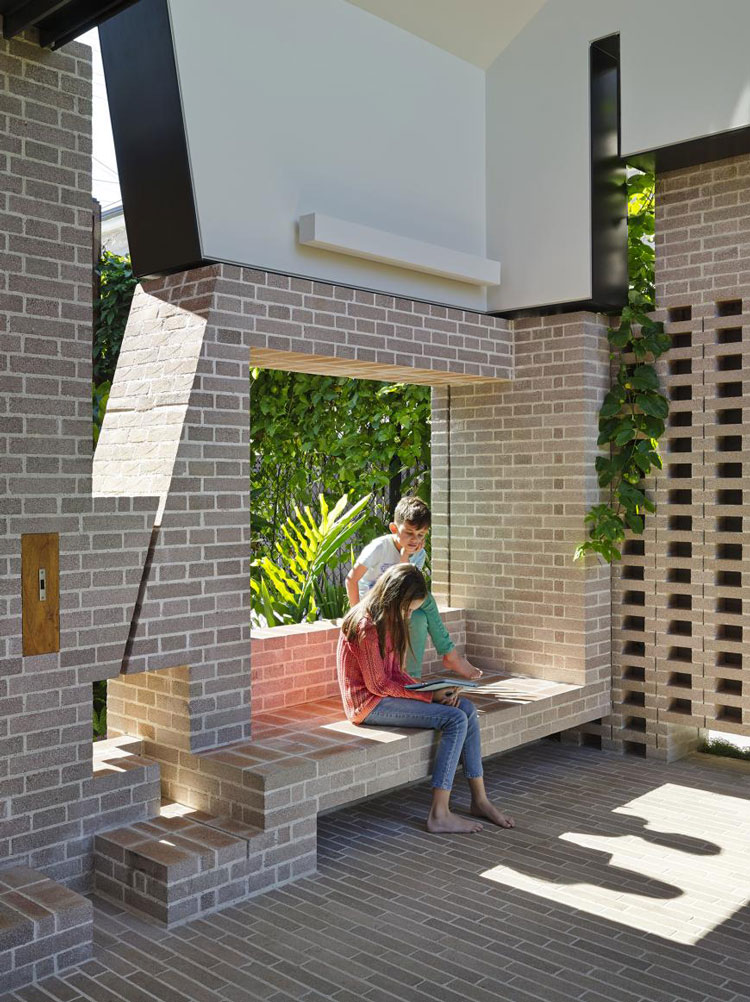 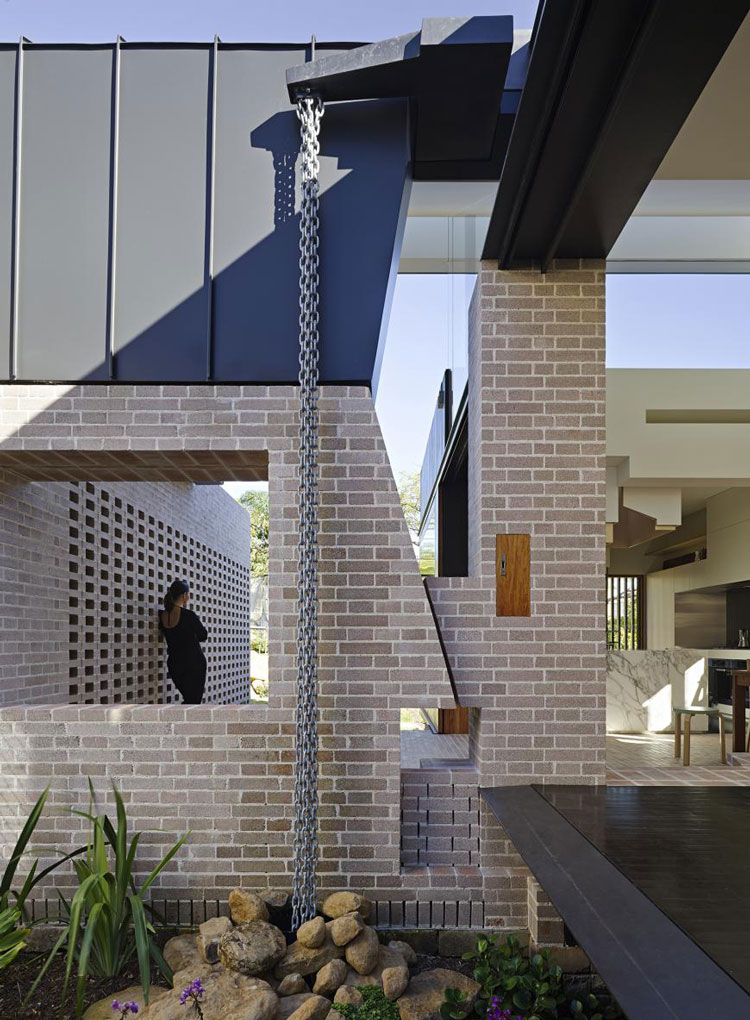 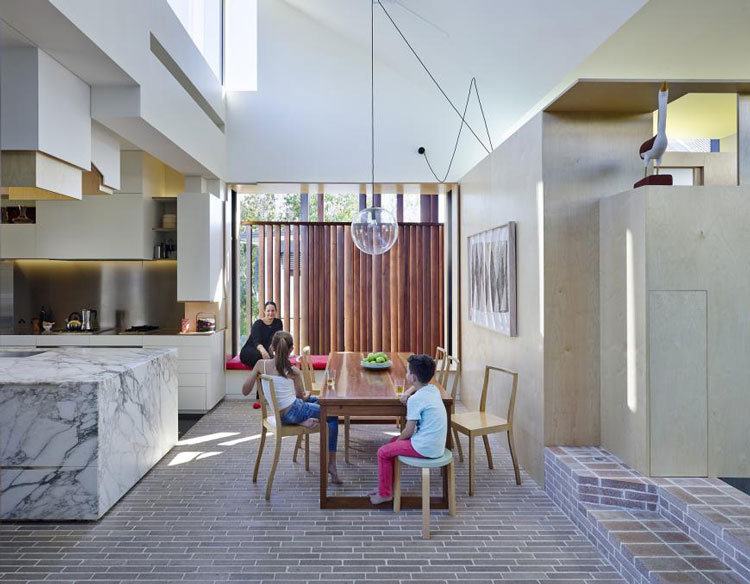 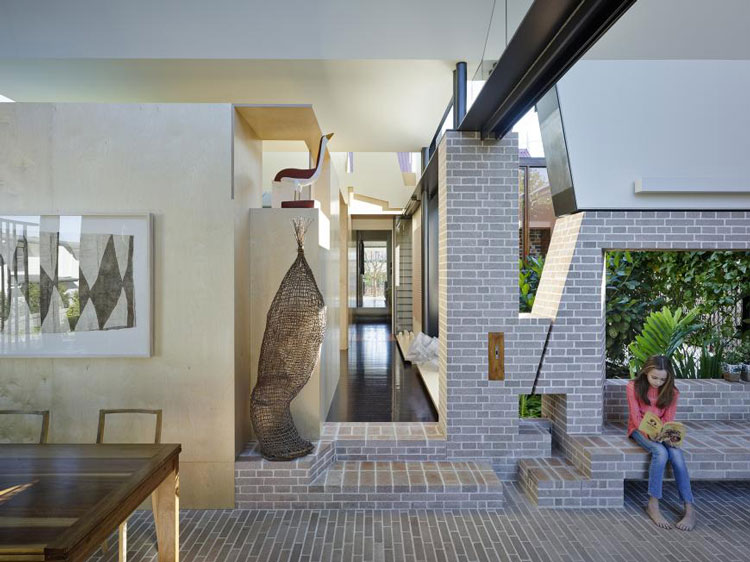 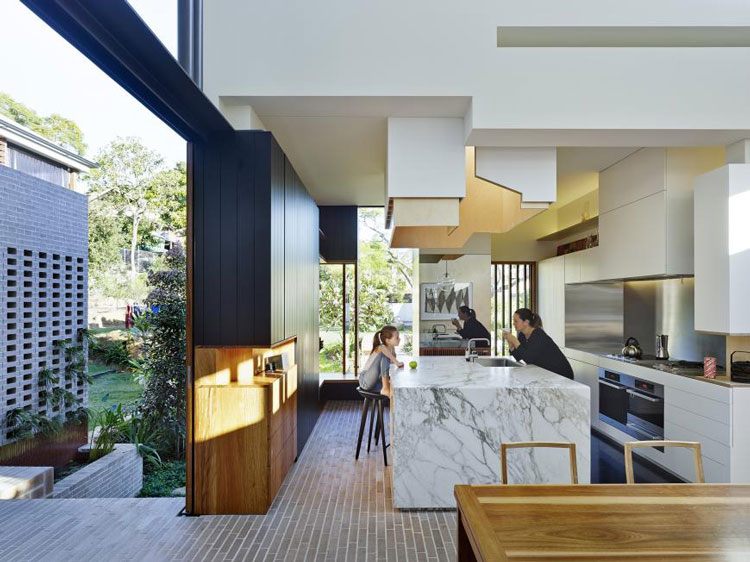 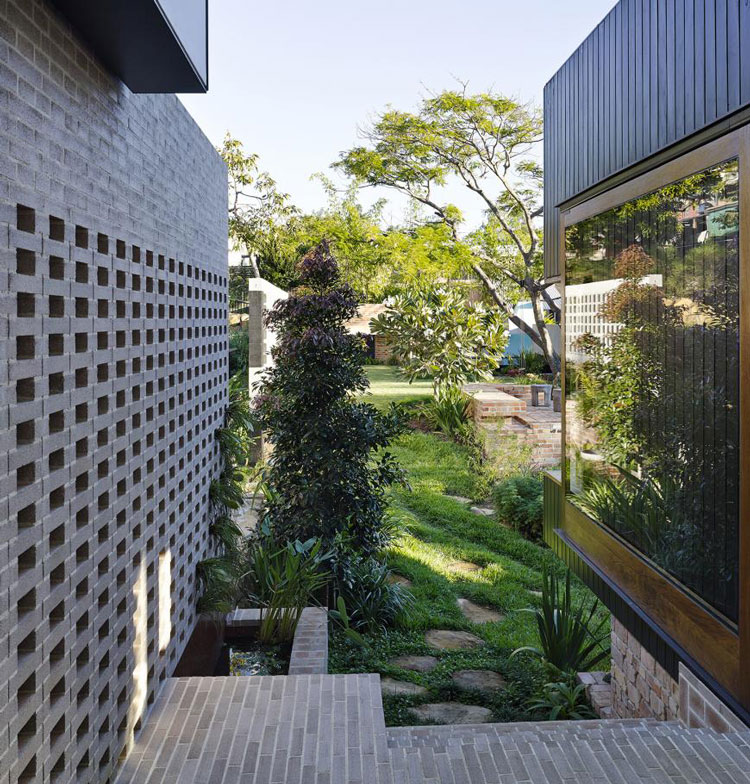 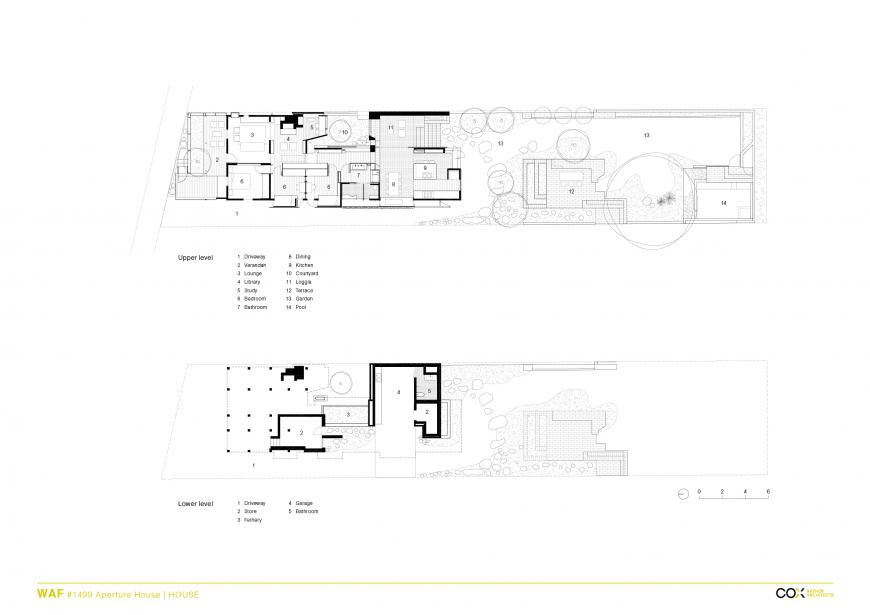 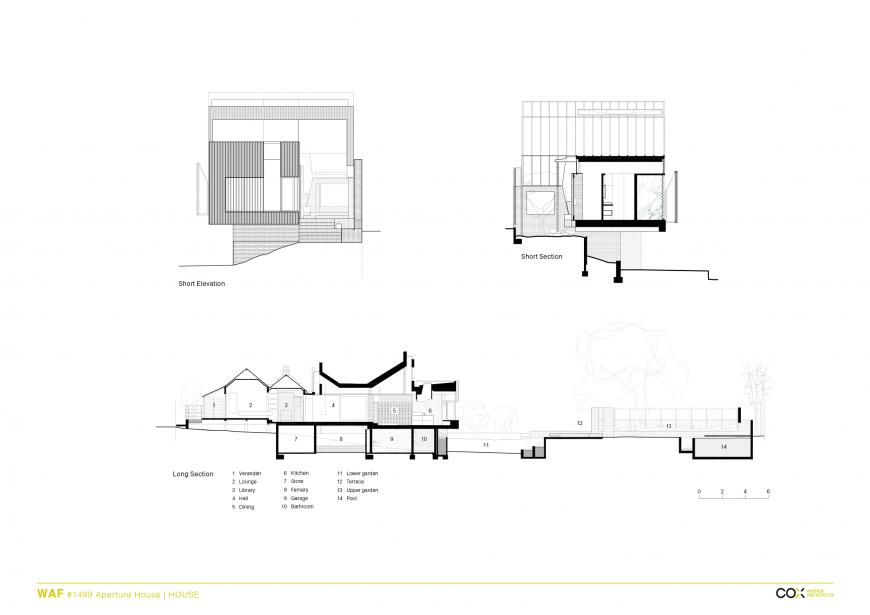 The principles of aperture have a rich history through into the modernist era. Bricks are another concept that has been commonplace for millennia. Aperture House reinterprets these commonplace ideas and uses their principles to turn a confined urban site into a home which embraces subtropical living.