Rejuvenating a Sydney Sandstone While Respecting its Heritage Value

Looking from the street at this rare and intact streetscape, an example of early urban development in Balmain, it may appear that nothing has changed. Go inside, however, and it is apparent that an accumulation of unsympathetic additions had masked the natural beauty of the Sydney Sandstone structure in this 1850s terrace house. 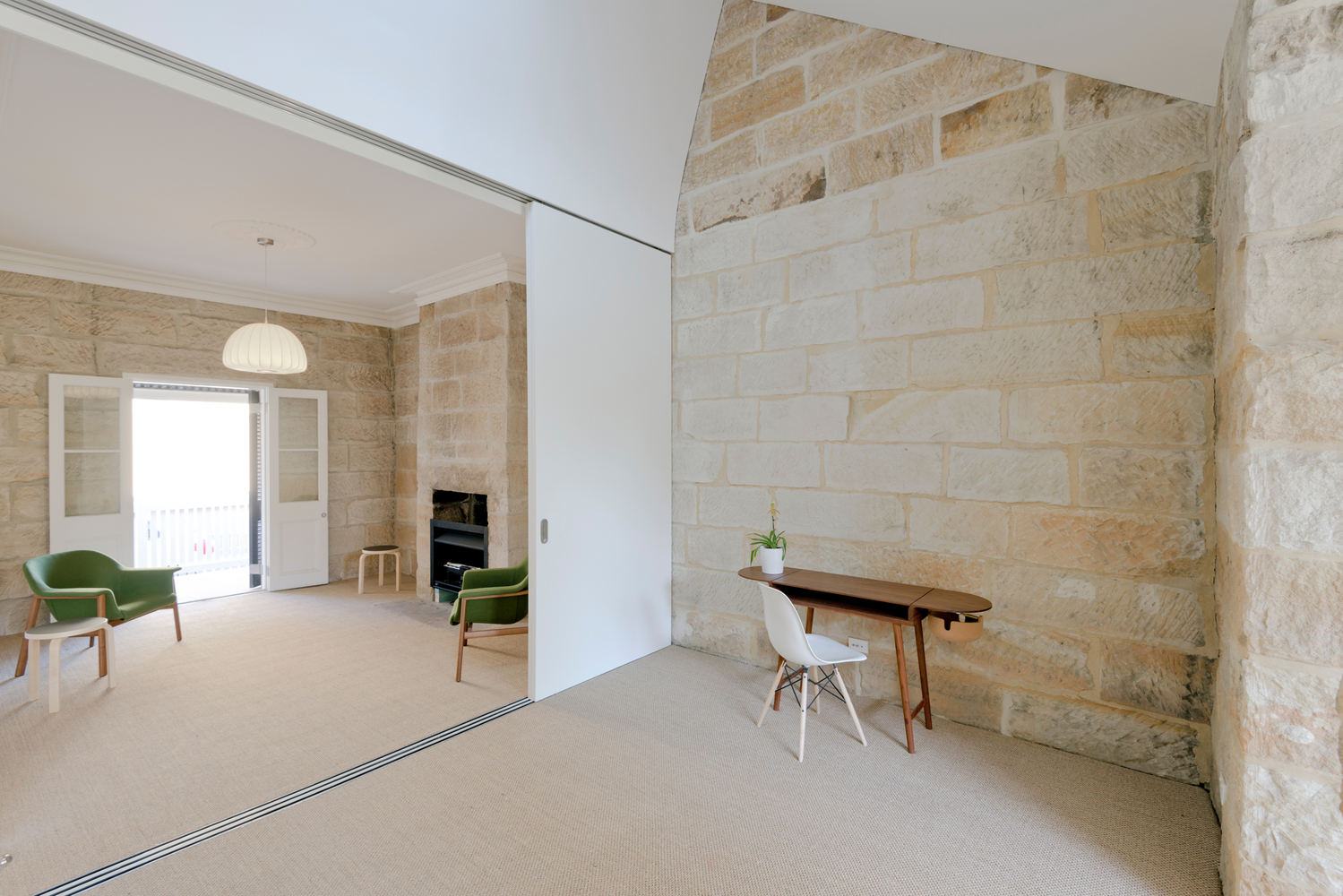 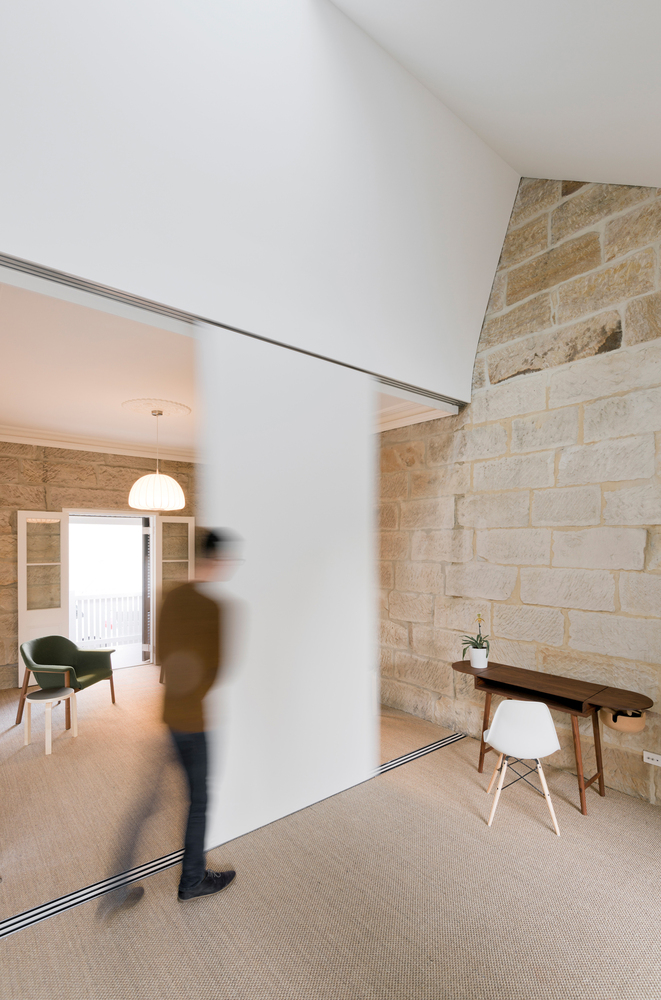 Carter Williamson Architects brief was to rejuvenate the home, while respecting its historic significance. 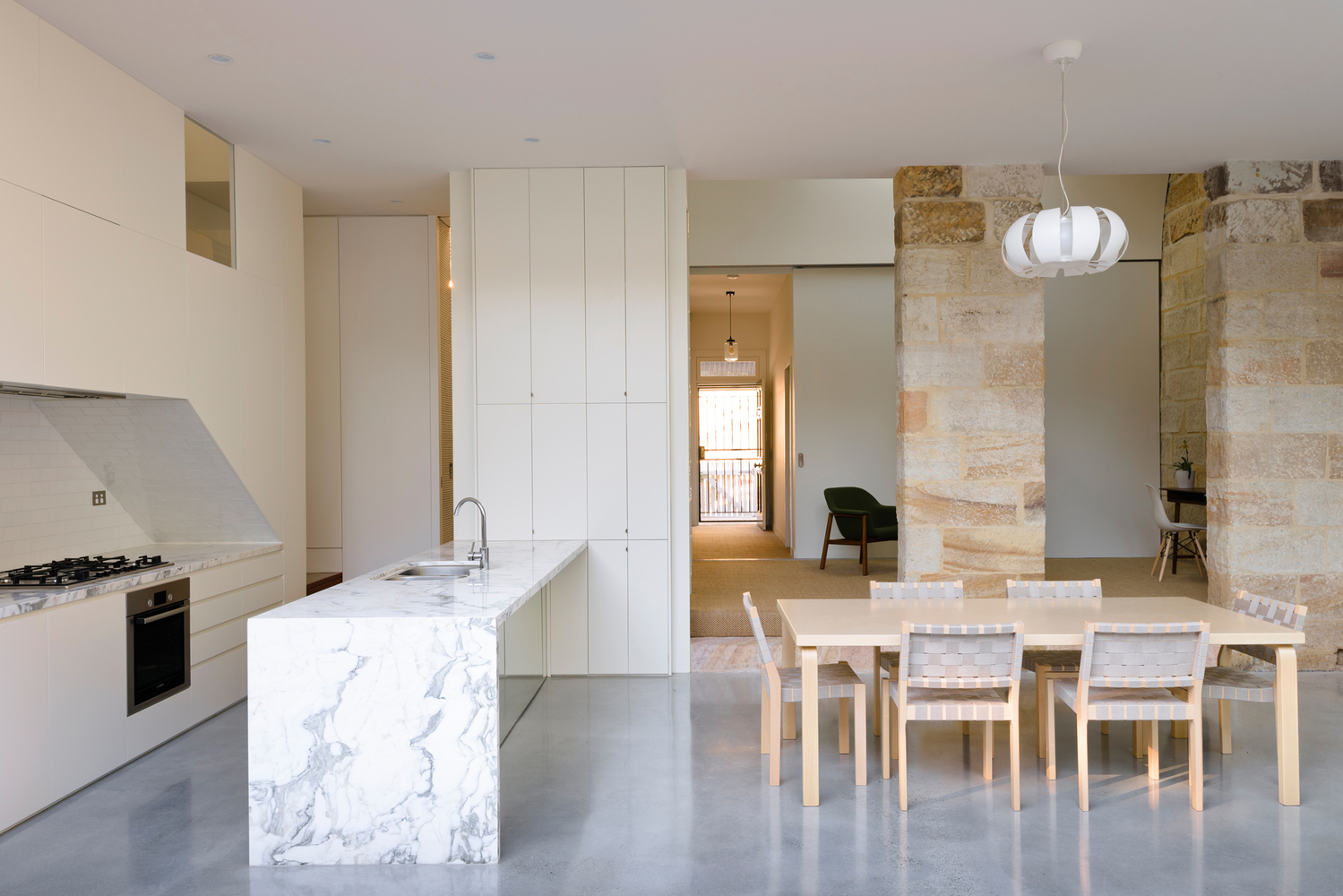 The process of removing excess material, opening up the spaces and inviting in more light was a driving strategy behind the design. A new pitched ceiling reaches up over the lounge into the former roof space, and reveals changes of colour in the sandstone - the patina of light and shadow resulting from past spatial configurations. 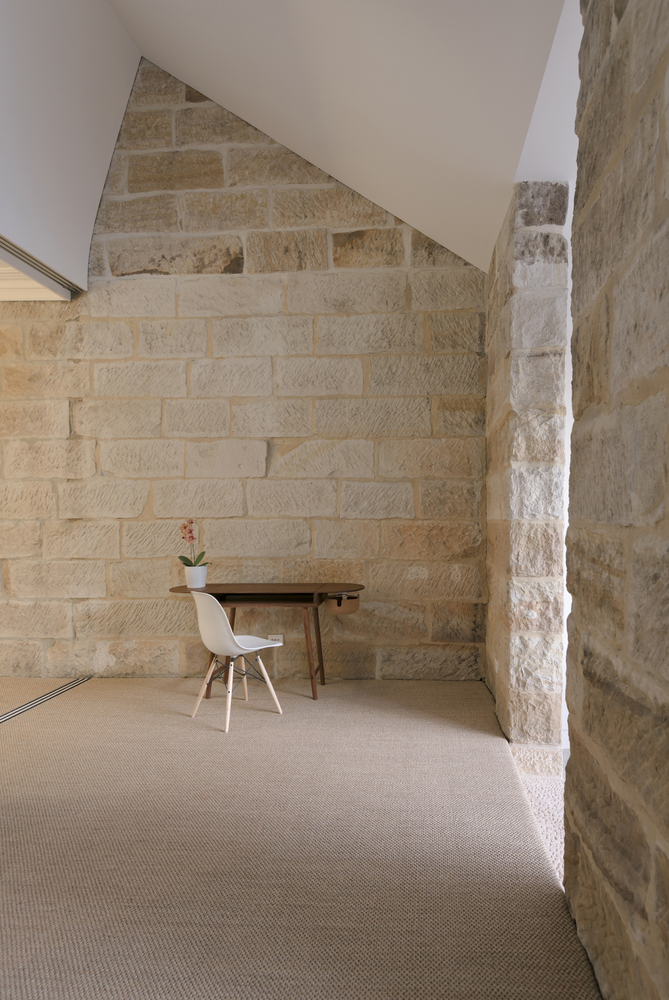 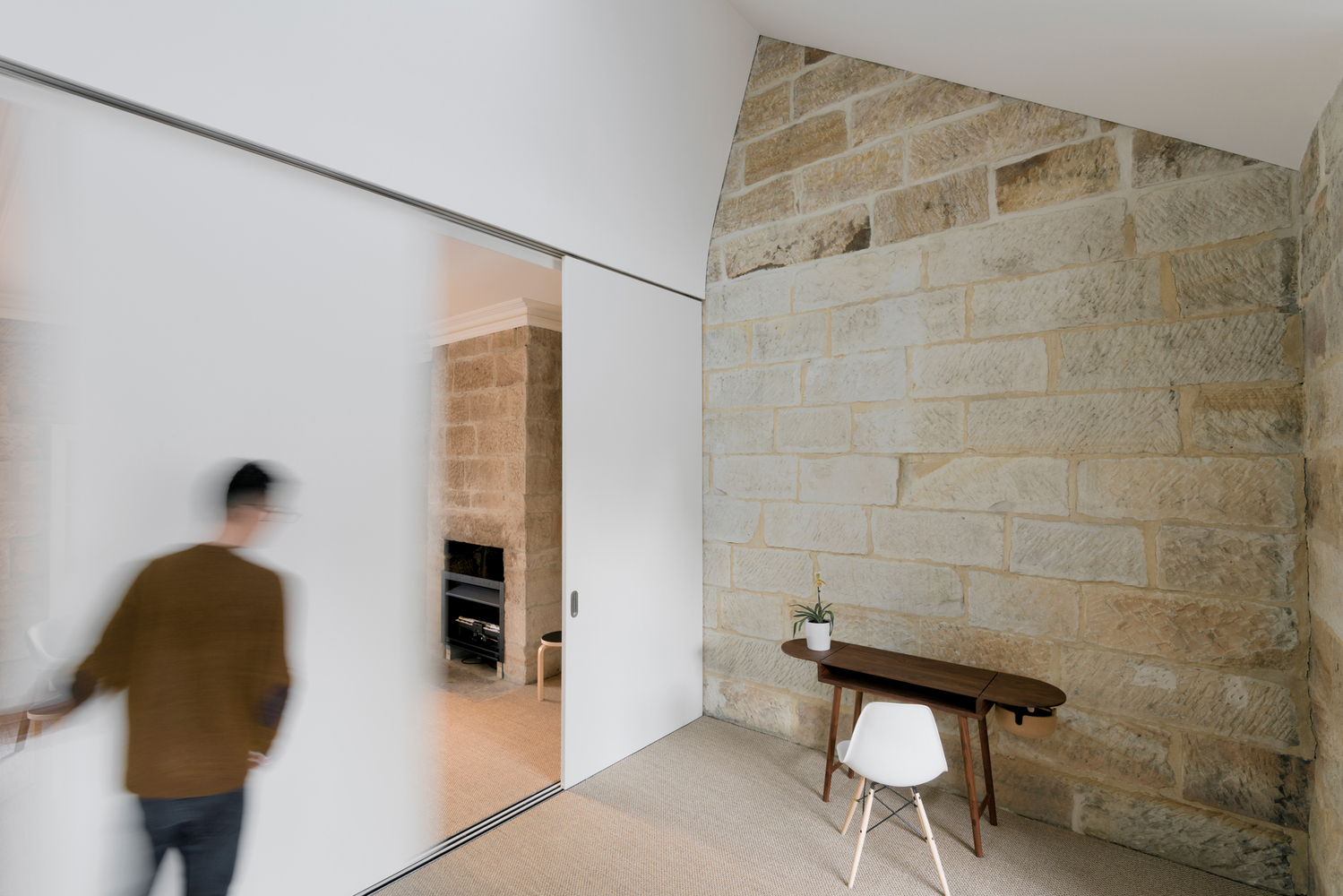 Where possible existing openings have been utilised and celebrated - a step in line with the former rear facade now negotiates the short drop between front and rear levels. New openings, tall skylights over the main bathroom and lounge reach up to the original ridge line, while remaining hidden from the street. 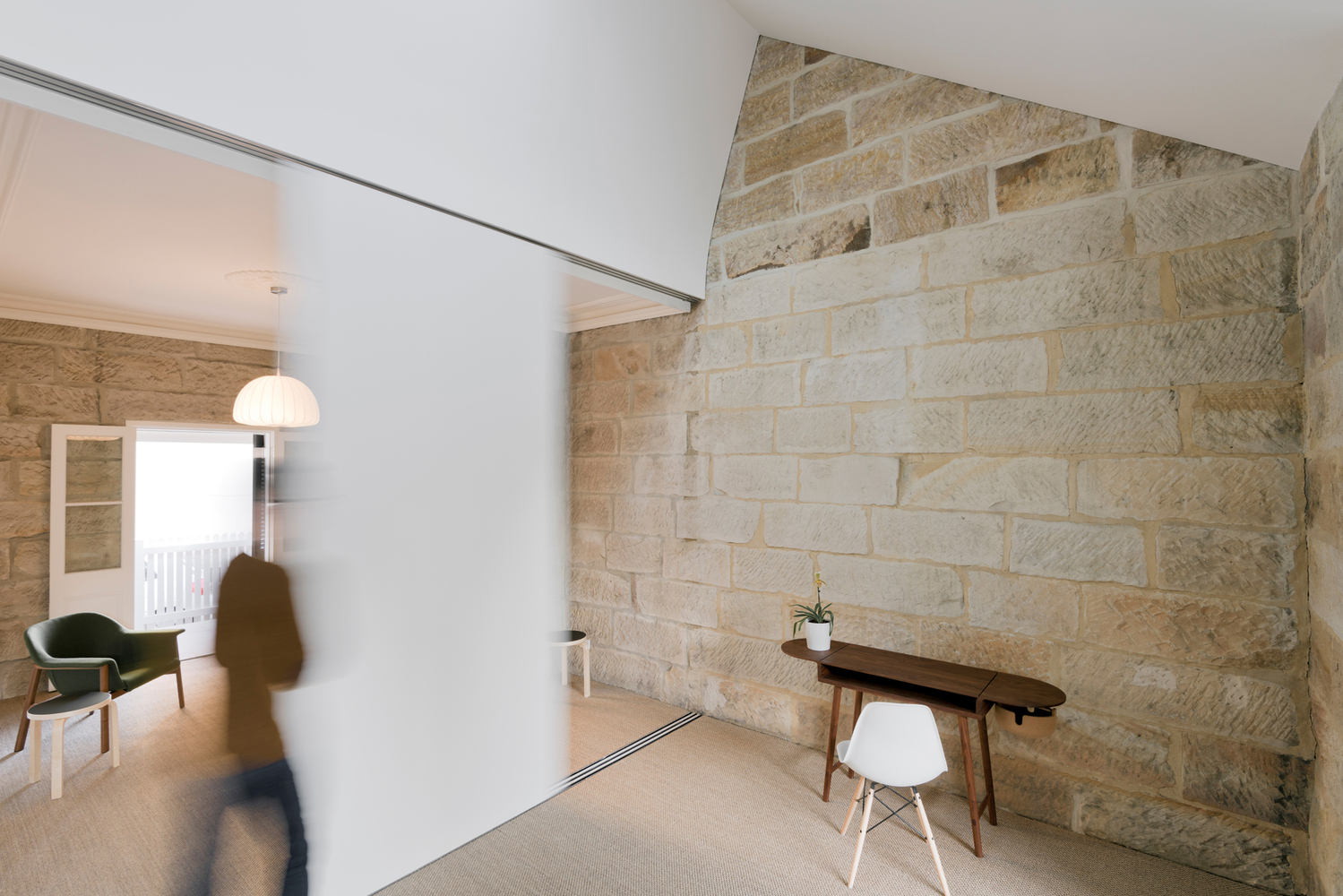 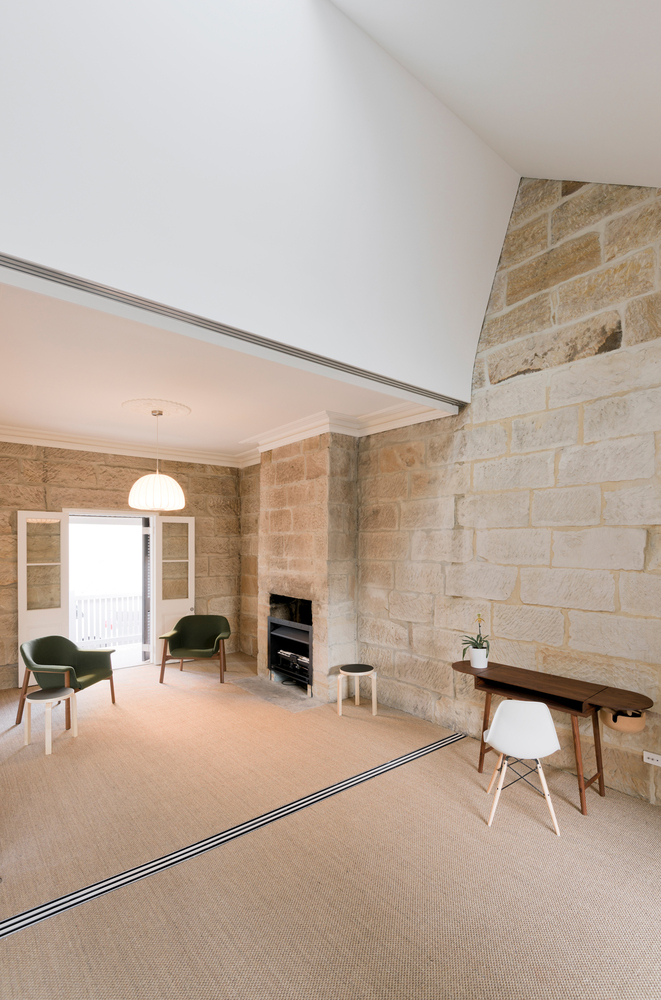 Sliding doors dissolve walls between rooms, allowing them to expand and provide flexibility of uses. While views of the Sydney skyline are visible through a strategically placed bedroom window. 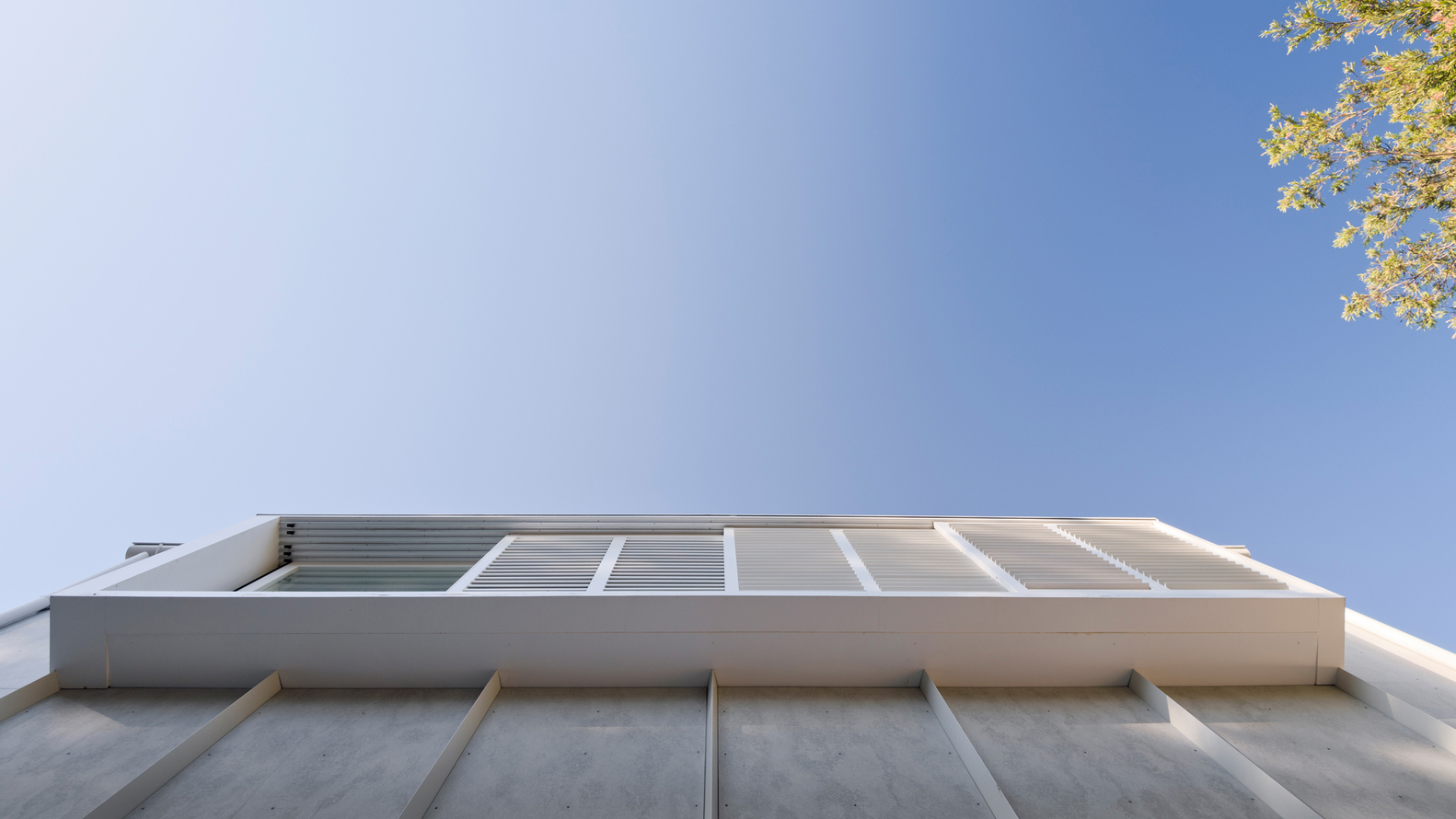 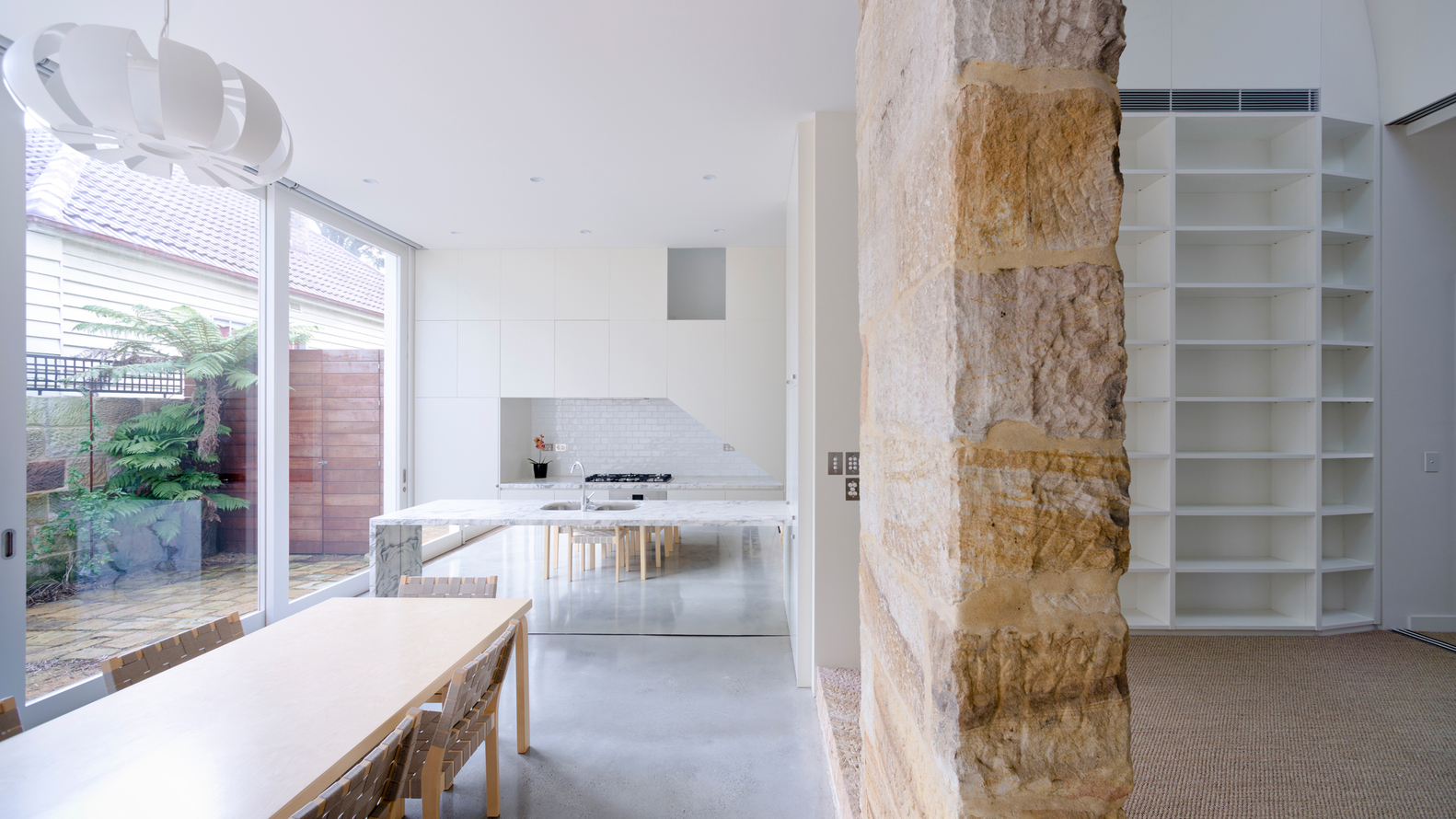 Thick sandstone columns provide a deep threshold into new kitchen and living spaces while referencing the original cottage footprint. As you walk through one can question the lives of former occupants. 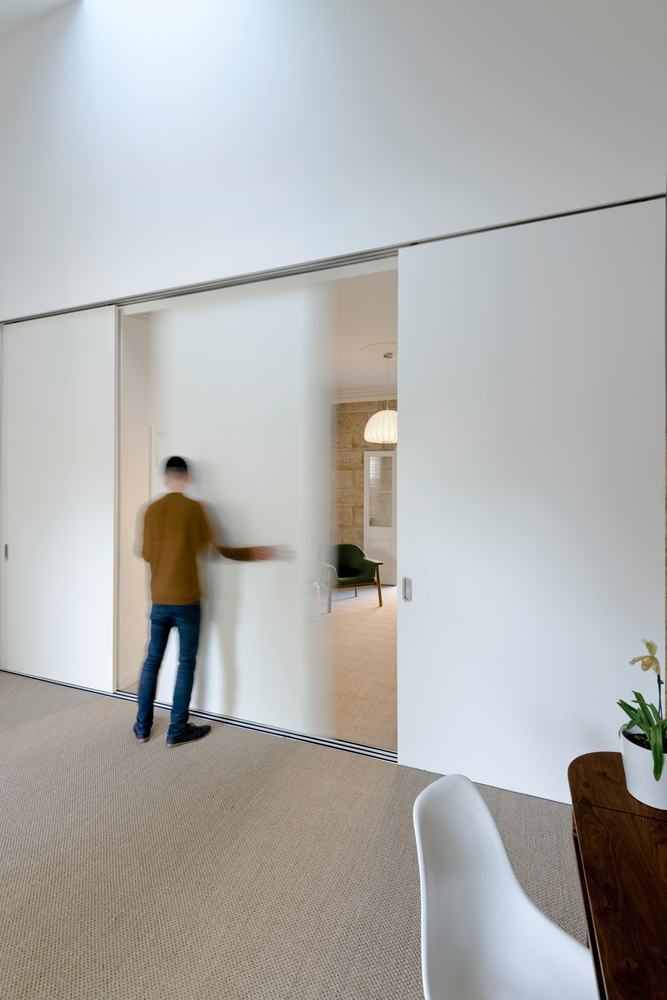 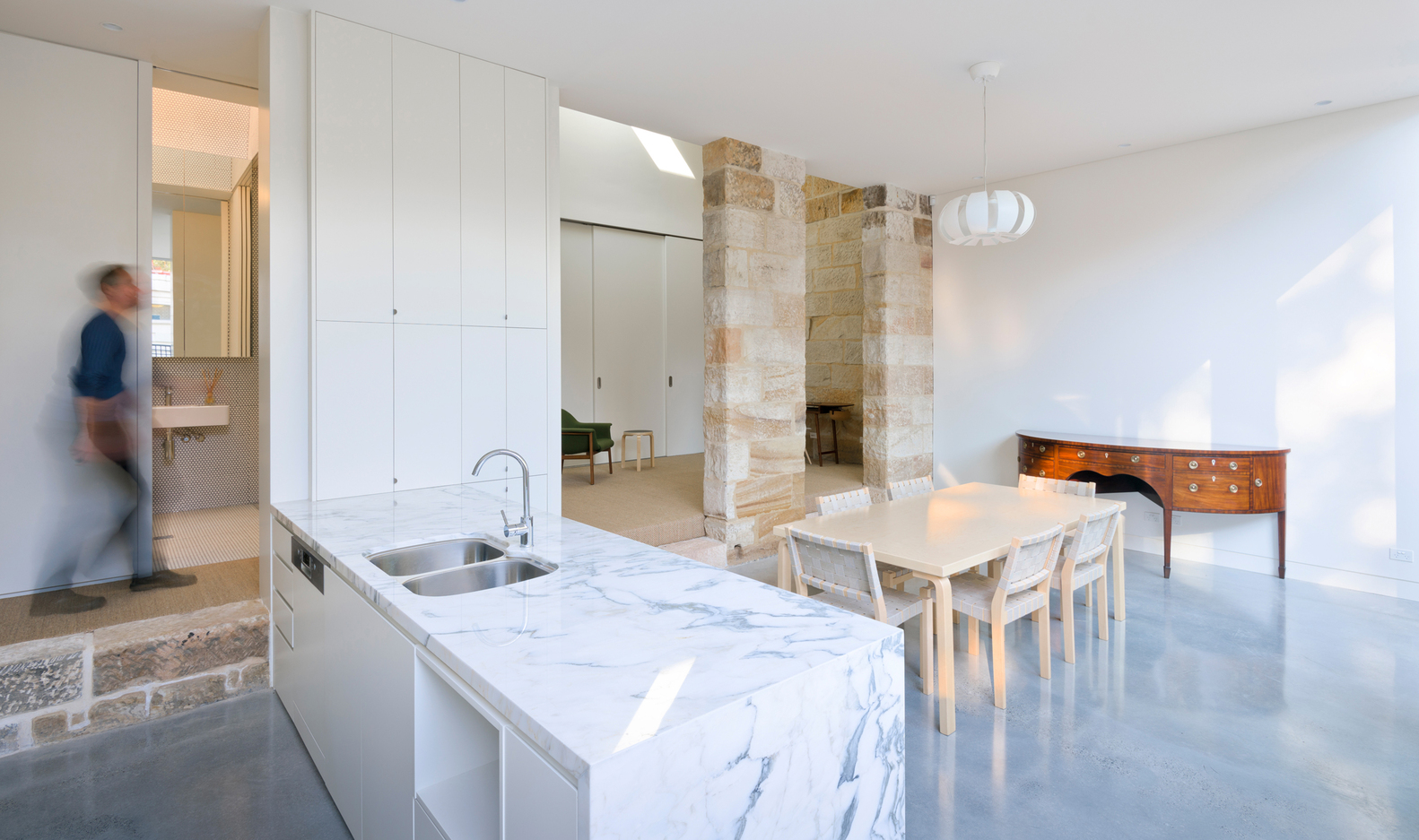 Large sliding glass doors open to landscaping of the rear garden, released from a previously overgrown state to create a private courtyard and a level space to be expanded into. Here, a restored sandstone wall, comprised of salvaged sandstone from the local area, bears the marks of convict chisels. 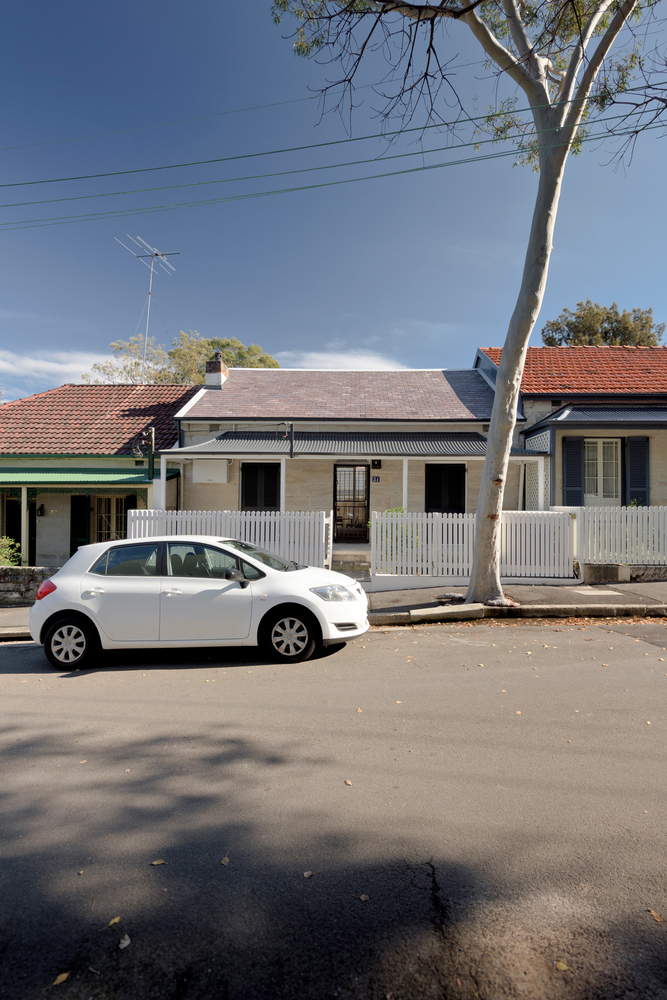 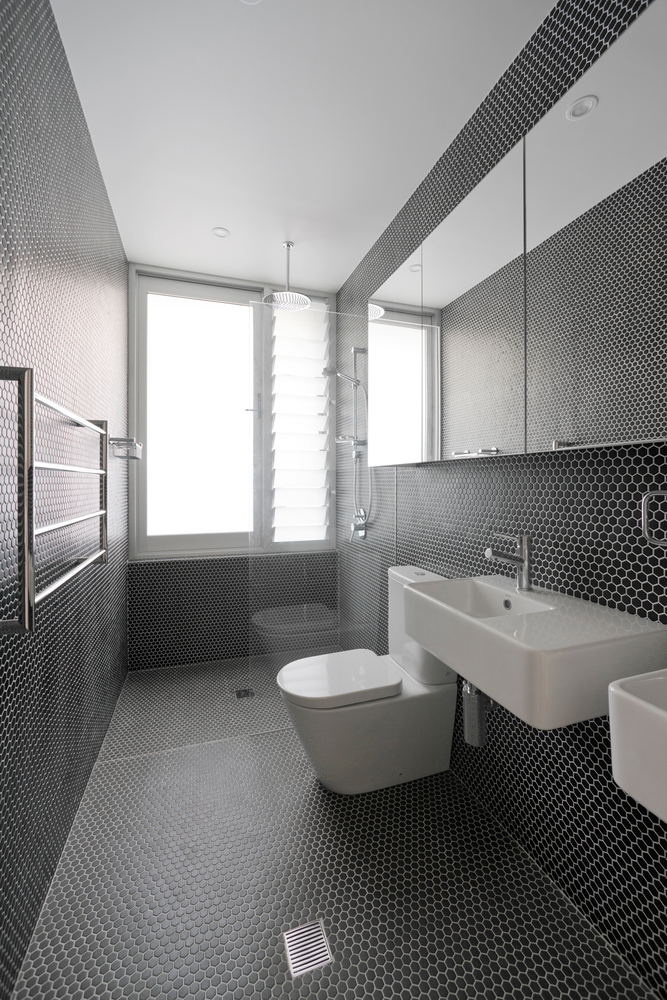 Restoration work to the street facade gives the home a vitality and originality that immediate neighbours lack, with timber doors, shutters, picket fences, and slate roof tiles reconstructed to their original form. A calm, warm, and robust material palette allows the richness of the original cottage walls to become the decoration in this modest, yet spacious and flexible home. 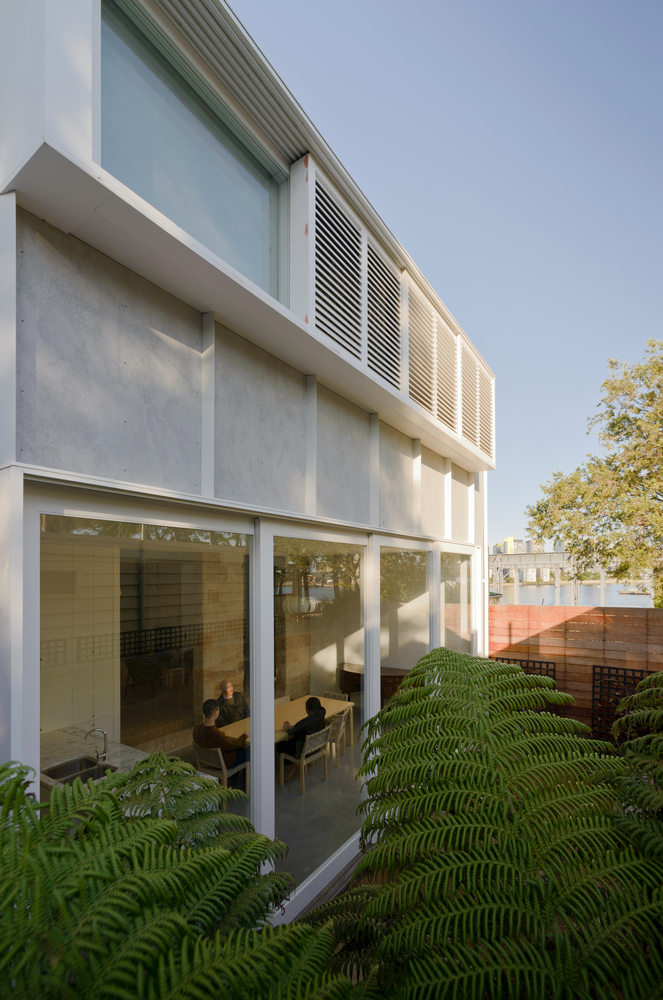 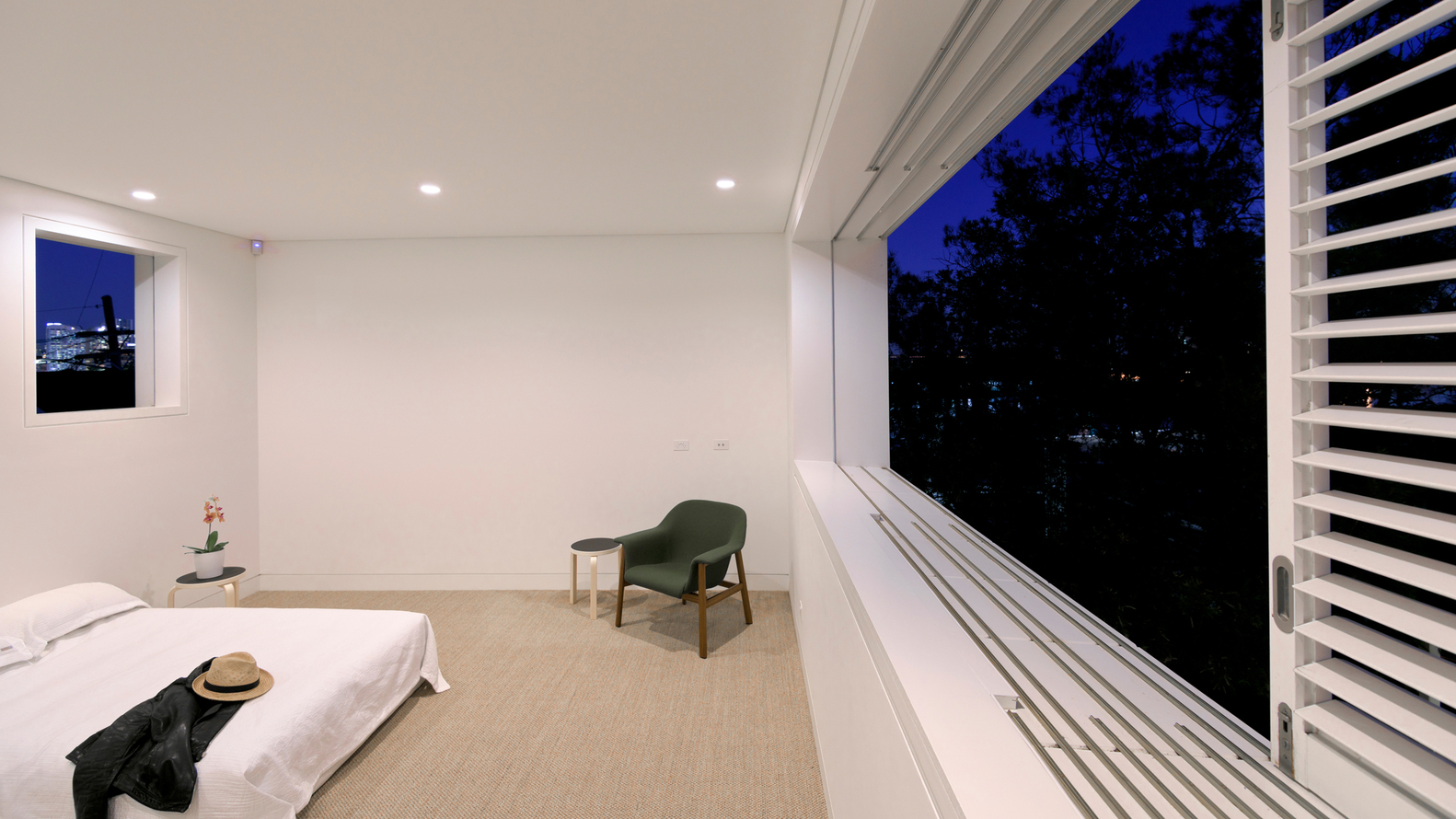 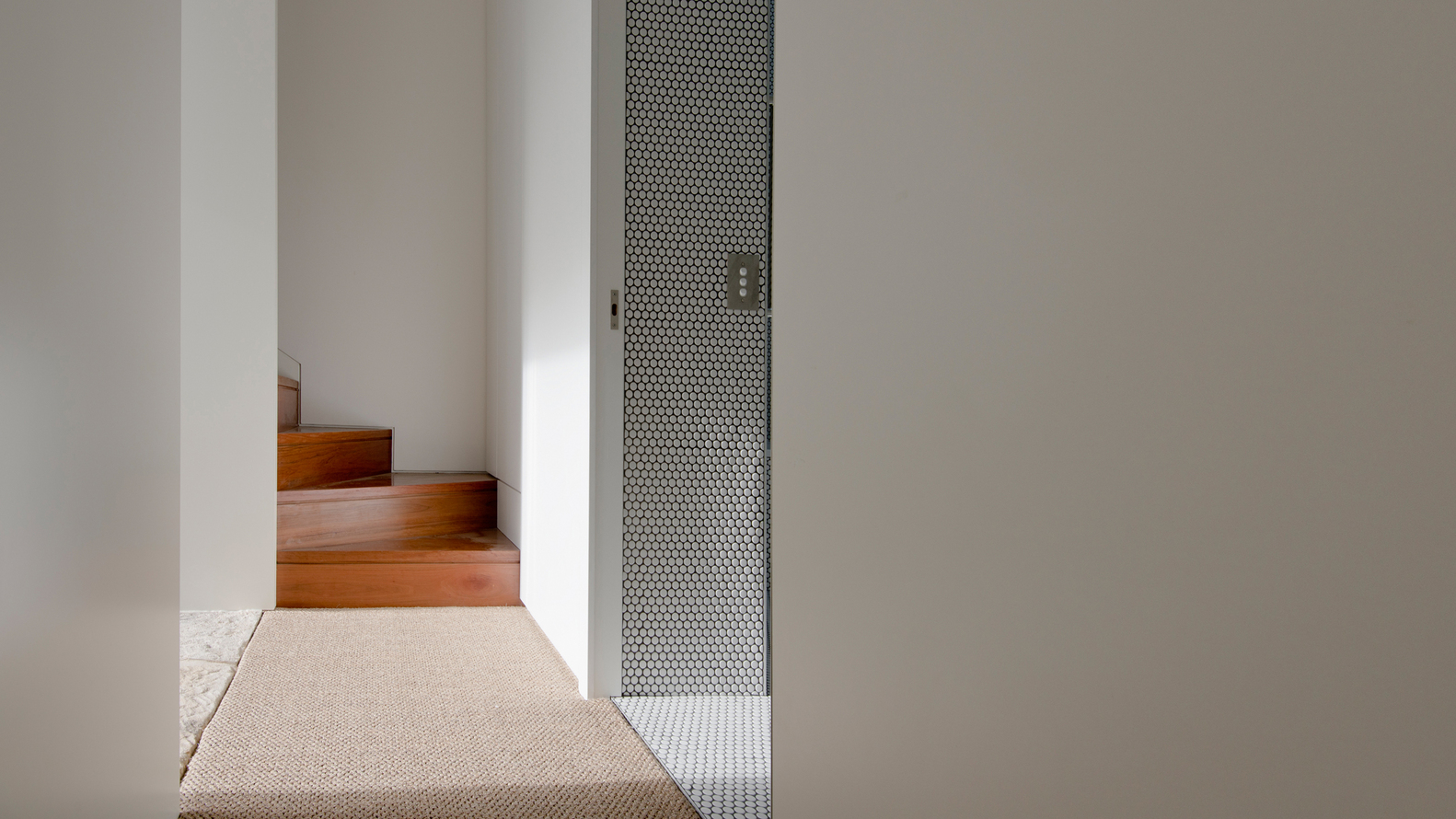 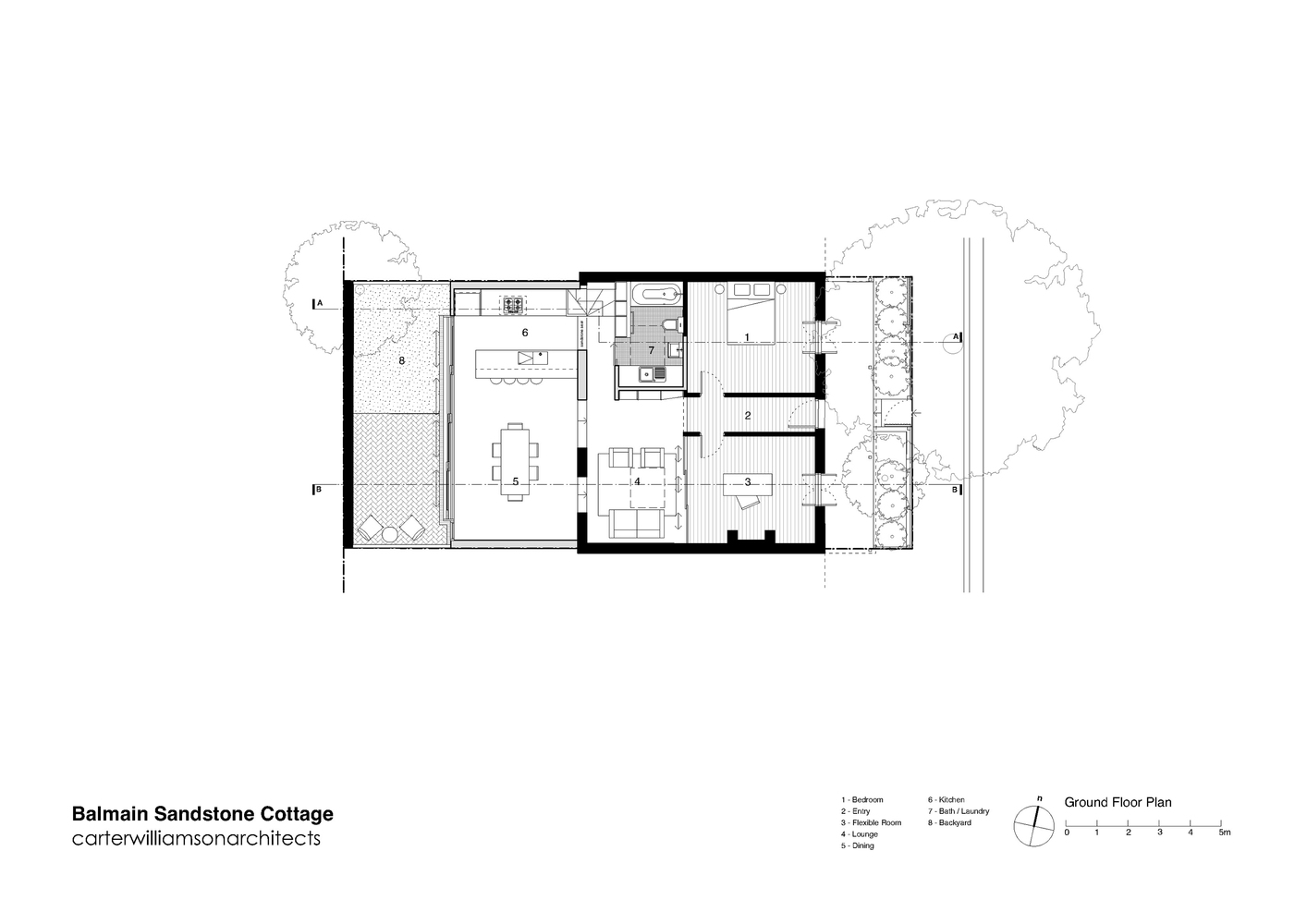 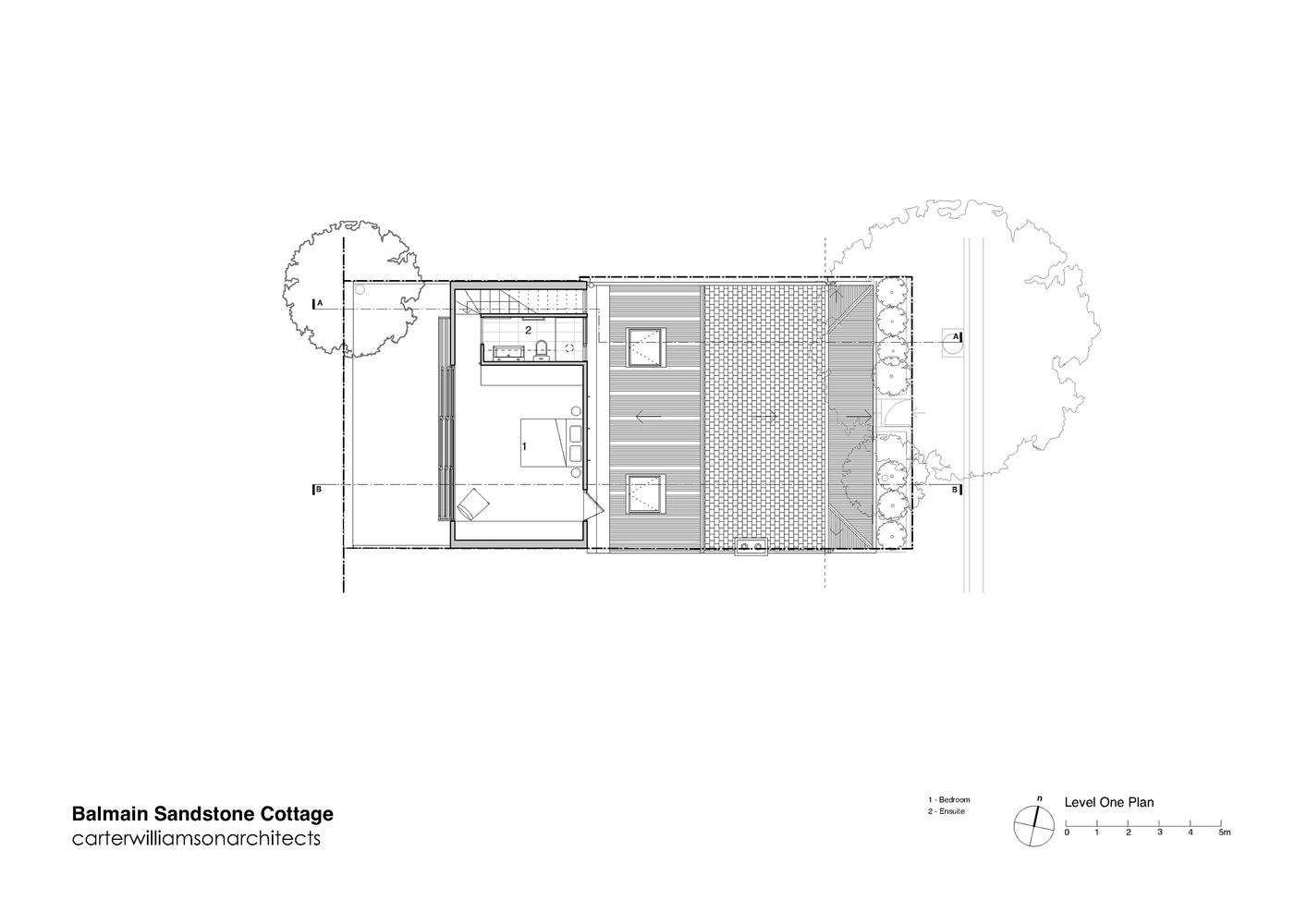 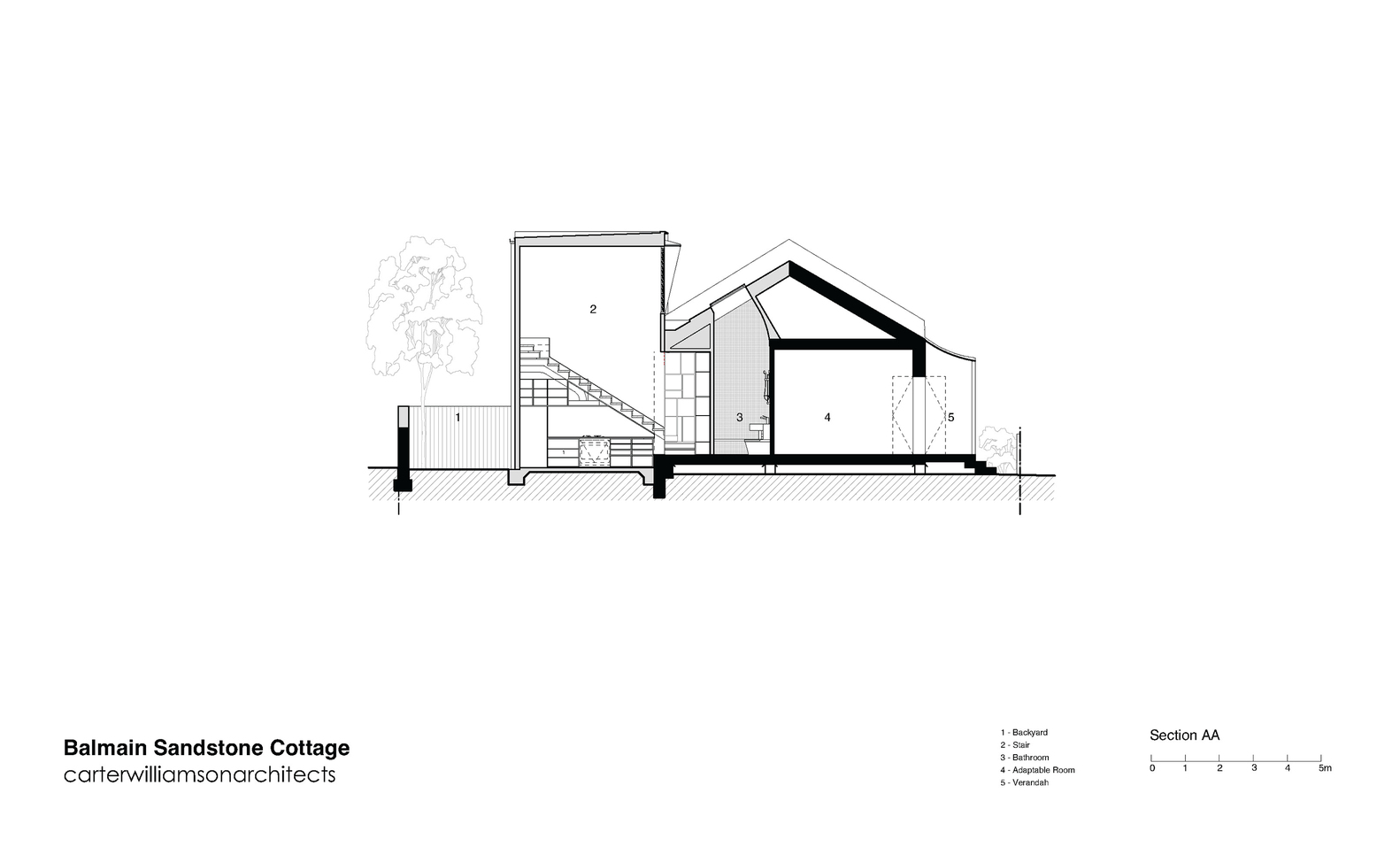 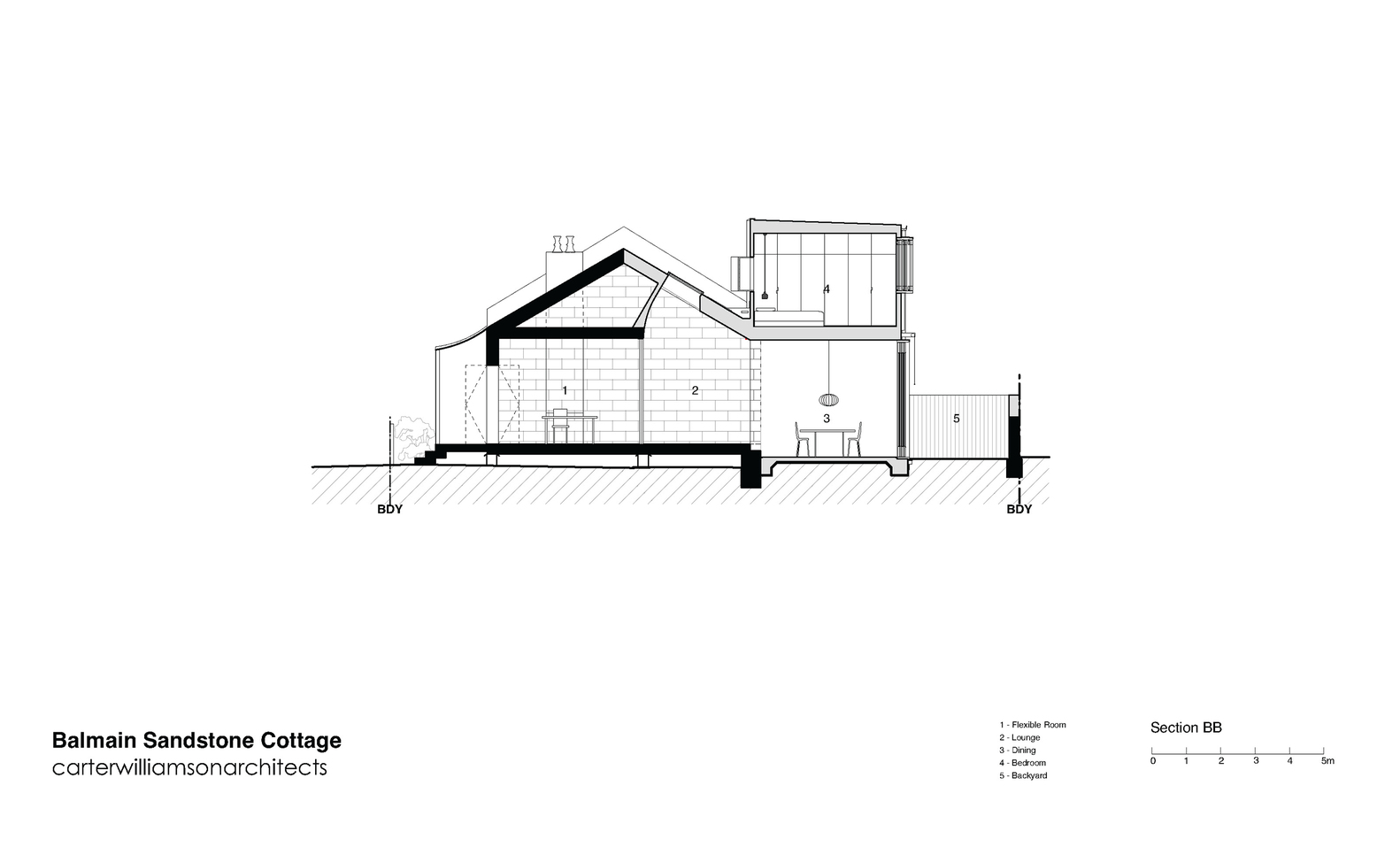