Aesthetically, the '90s were a tough decade. While fashionistas were getting around in denim overalls and oversized jackets, builders were building speculative homes that now look as dated as those faded overalls...

In Brisbane, a red brick spec home was showing its age. Thanks to architect James Russell, just a few minor changes has transformed the dated home into something worth showing off -- a bright and modern courtyard house. 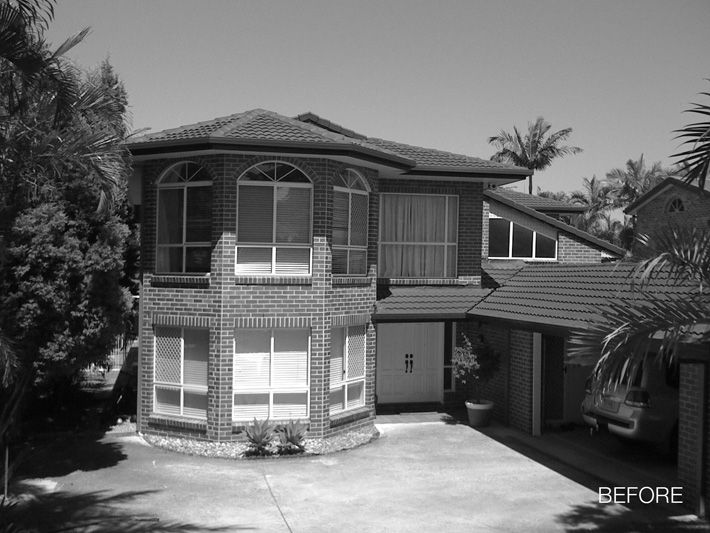 The dated brick house had an imposing bay window that placed the home squarely in the pastiche '90s era. While the size of the home was about right, the orientation was poor (west facing) and the floor plan didn't suit the family. To call it a nightmare might be an exaggeration, but this tired house just wasn't performing.

With just a few minor works -- the architectural equivalent of a nip and tuck -- this '90s house was brought into the 21st Century. Some clever interventions by Architect James Russell has transformed the look of the house from the street and the whole configuration of the house internally.

Thanks to a new internal courtyard, the house now has a north facing aspect -- perfect for a house in the Southern Hemisphere. This lets the sun shine in during winter, naturally warming the house. 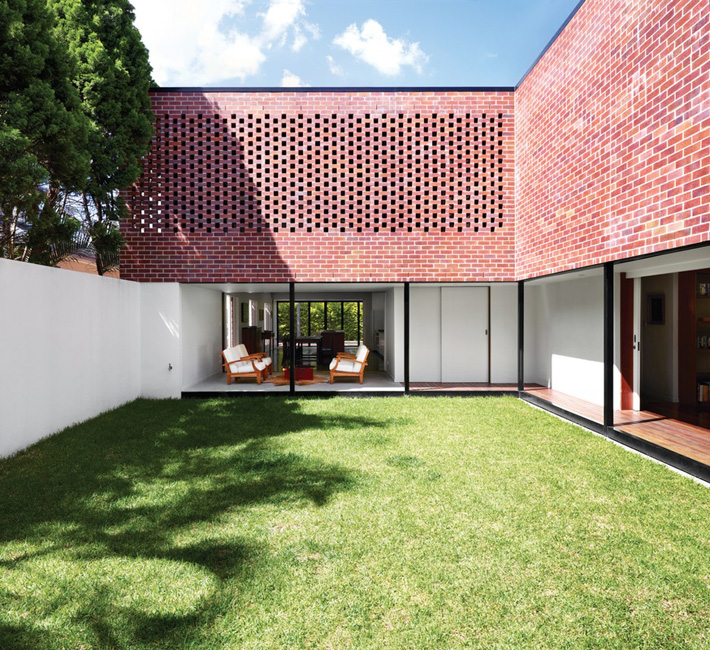 The courtyard house has rooms opening from each of its three sides. This creates a visual connection between the spaces and sets a casual relationship with the landscape.

The old double garage is now a lounge room with three walls of bookshelves. What a nice message -- ditch the cars and instead house your family amongst walls of books. 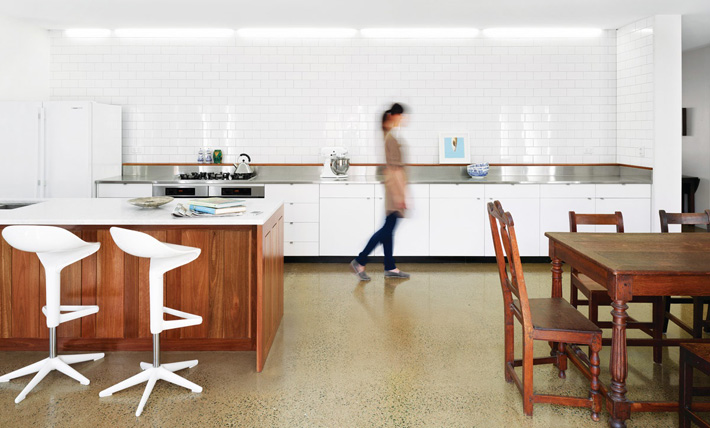 The bright white kitchen open to the courtyard and the backyard, creating the perfect indoor/outdoor living arrangement for Brisbane's moderate climate. This laid-back kitchen sets the scene for the character of the entire house -- a casual living space with great connection to the landscape. 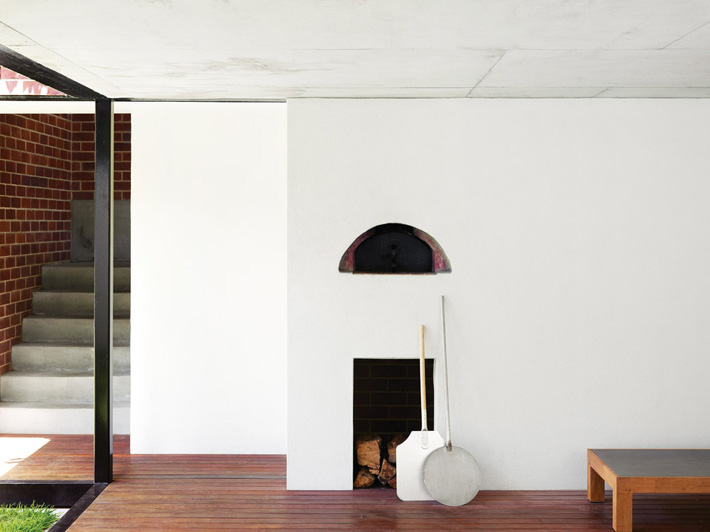 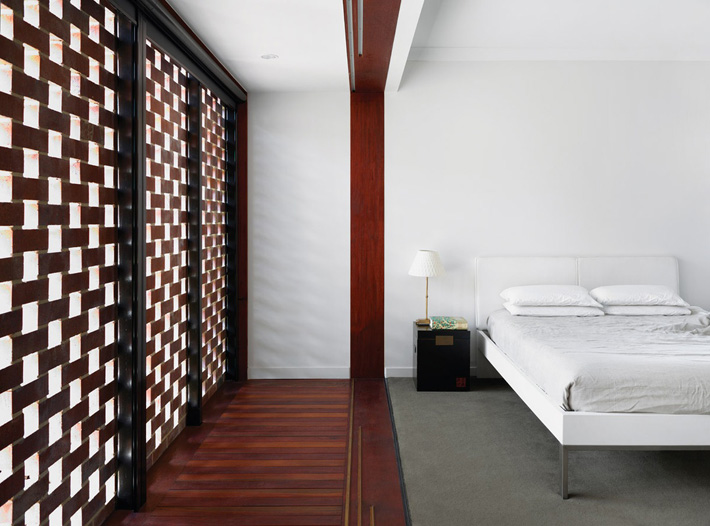 A thin timber balcony mediates its west orientation, blocking harsh afternoon like with a brick screen. The screen reuses the original red bricks in a modern way. This is a clever use of the original brick that unifies the whole house and dramatically transforms its aesthetic. 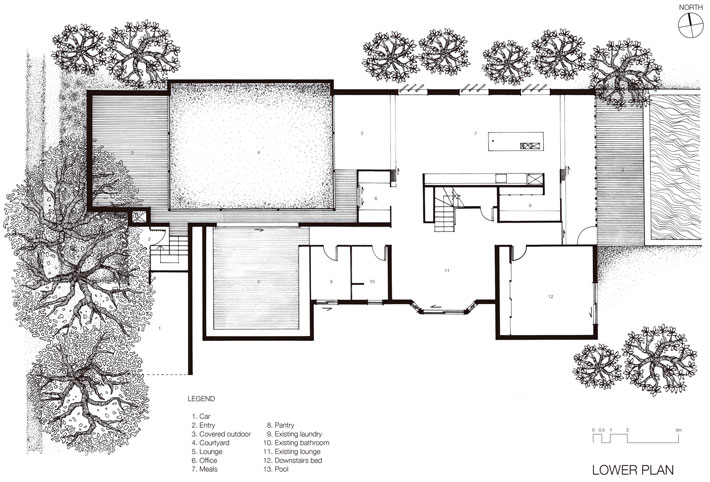 Boston Street House updates a tired house into a modern courtyard house for laid-back living. James Russell Architect's design demonstrates how simply a house can be transformed into a more comfortable modern space with minor interventions.

This project represents a model for updating our aging housing stock. There are houses across the country that are poorly planned and don't perform well for the occupants. With such simple strategies to improve living conditions, let's hope more people take this approach of strategic alteration, rather than call in the wrecking balls.