The corner block can be both a blessing and a curse. Like a theatre in the round, it's visible from many angles. The challenge of a corner block is exacerbated when you're extending a heritage home. Do you try to keep the extension low-key and blend it with the original? Or do you make a statement and say 'that was then, this is now'? Modscape have gone with the latter response in their latest project for a site in eclectic inner-city Brunswick, creating a sleek, geometric 'black-box' addition distinct from the warm, textured redbrick of the original... 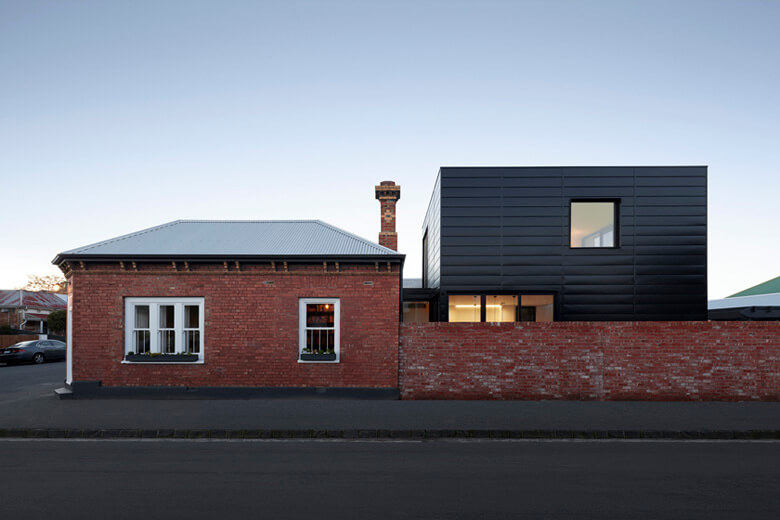 But that's not to say the home feels out of place, the choice of black is deliberate, helping the home to recede and, from certain angles, feel more like a shadow than a two-storey addition. Diversaclad interlocking panel system in COLORBOND® steel Nightsky® gives the home its unique, sleek appearance.

"Rather than attempting to mimic in an unauthentic manner, the simple and geometric addition stands independently from the original, while remaining sympathetic to its scale and that of the surrounding streetscape." - Modscape 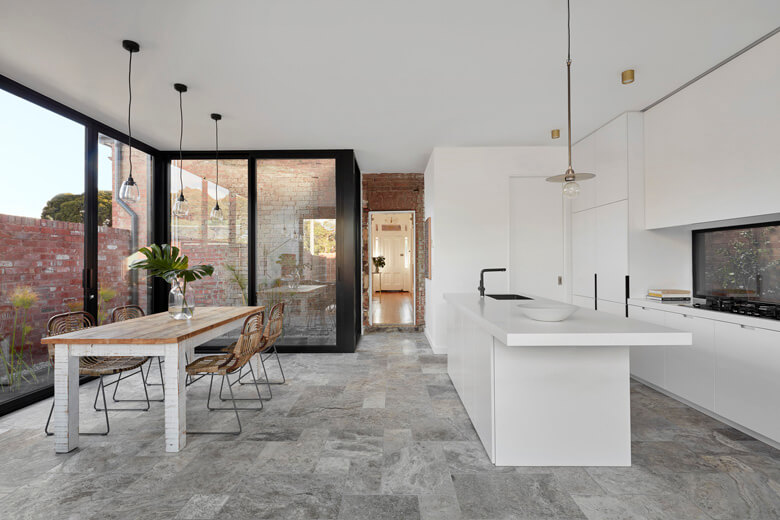 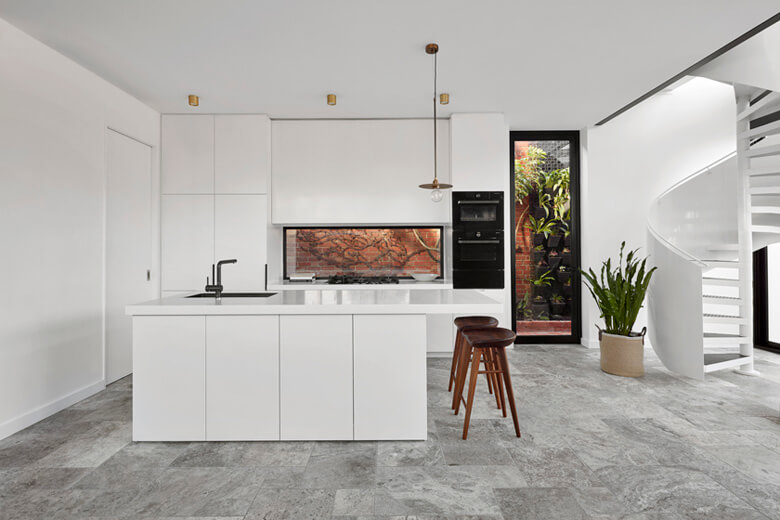 Inside the home is anything but dark and recessive. Entering the home, you move past the bedrooms in the original home towards a bright, all-white living space contained in the new modular addition. The transition between old and new is via a glass corridor. The use of glass and the all-white interior brings the texture of the original home's red brick and the garden into the interior, helping old and new feel more connected. 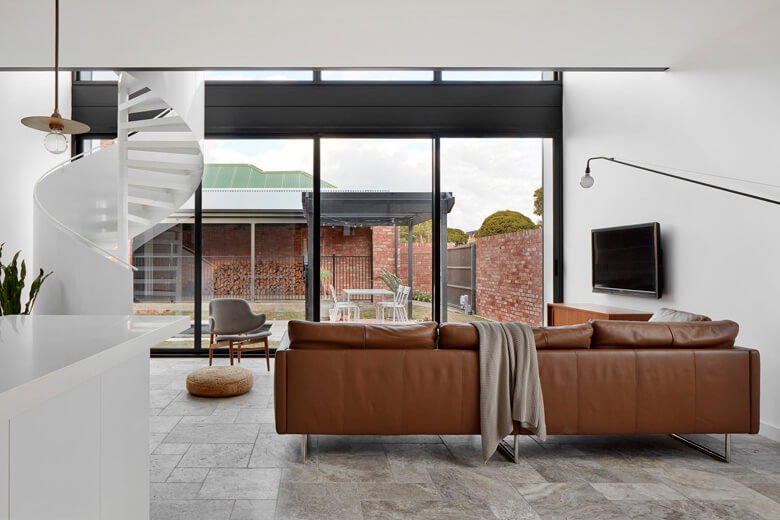 You can't talk about a modular, prefabricated building without mentioning the benefits of this building approach.

"While the Modscape team were busy constructing within the factory, renovation and landscaping works occurred concurrently onsite – streamlining the entire process and reducing the amount of time the clients were out of the home." - Modscape

A mezzanine master bedroom suite is access by a stylish Enzie spiral staircase. From this upstairs level, a perfectly placed window frames a view of the city skyline, like a living, ever-changing piece of art for the wall.

This modular prefabricated addition makes a statement in eclectic Brunswick and yet it's restrained enough to fit in. Given the importance if it's corner site, it strikes the right balance between showing off its modernity and respecting its neighbours.

Tell us what you love about Brunswick Modular...