Brunswick is an eclectic inner-suburb of Melbourne. Traditionally a working-class suburb with a mix of industrial buildings, it is increasingly becoming a desirable location for middle class families thanks to its affordability and single detached houses.

Brunswick's Sydney Road is the centerpiece of the suburb. It's a cultural melting pot thanks to immigrants from several generations settling in the area. A younger demographic in the suburb is establishing Brunswick as a trendsetter.

Homes from Brunswick that have been previously featured on Lunchbox Architect 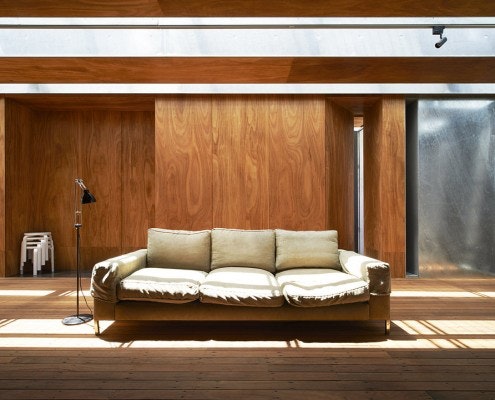 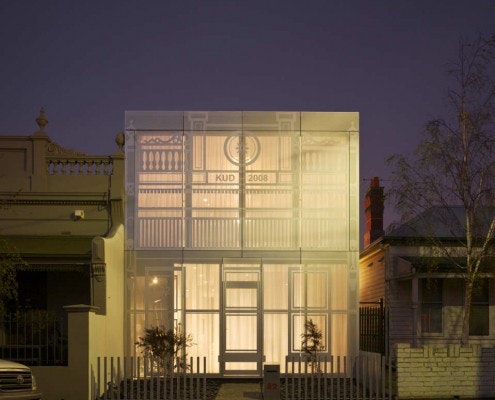 Perforated House by Kavellaris Urban Design Perforated House: A Modern Home That Celebrates Yesteryear's Charm... Do you prefer the charm of traditional homes? But you also like to have a modern kitchen, spacious rooms, and open plan living areas. Perforated House proves you can have both — even if you build a new house from scratch. 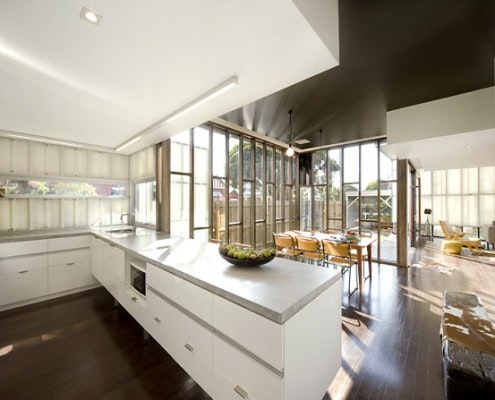 The Eagle by Multiplicity Architects The Eagle: A House That Proudly Displays Its Beautiful Bones If a real estate agent tells you a house has 'good bones', it's rarely a good thing. The Eagle's bones (timber studs) are proudly on display. And they're not good; they're stunning. 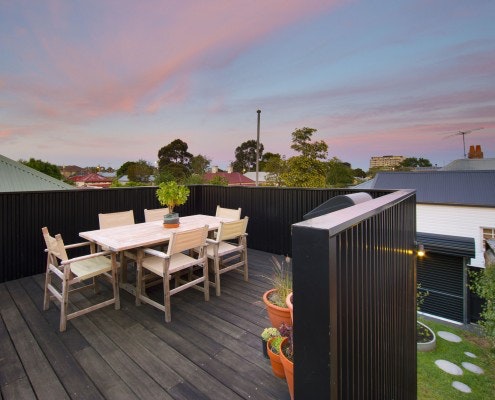 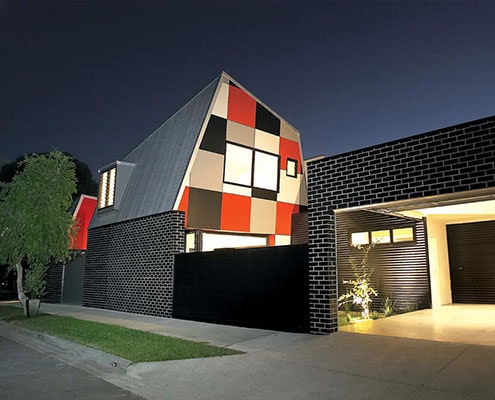 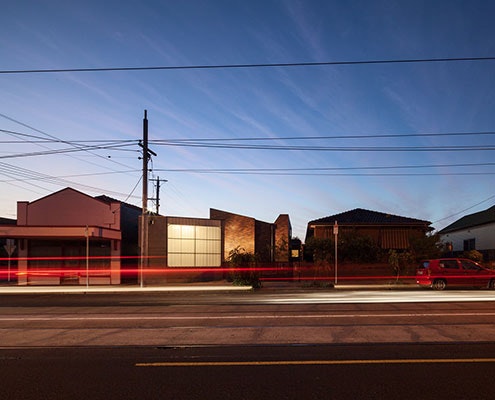 Bridge House 2 by Delia Teschendorff Architecture Bridge House 2 Turns Its Back on Busy Street to Become a Serene Oasis Set around three internal courtyards, Bridge House 2 manages to escape the bustle of Brunswick without sacrificing its sense of place. 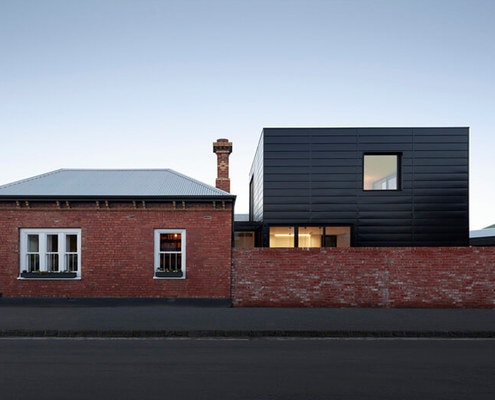 Brunswick Modular by Modscape A Black Modular Home Peeks Over the Fence in This Brunswick Backyard A strikingly contemporary 'black-box' modular addition has popped up in this neighbourhood, adding to the eclectic mix of housing. 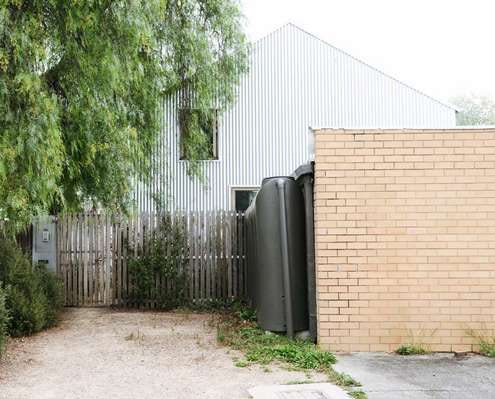 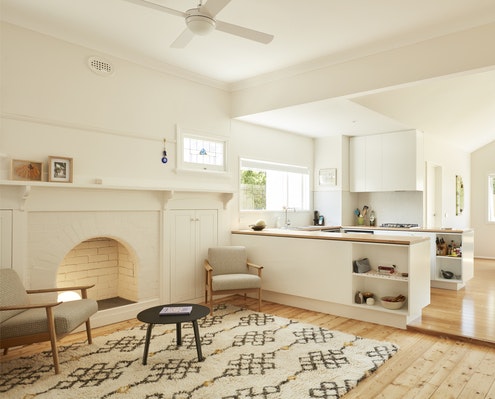 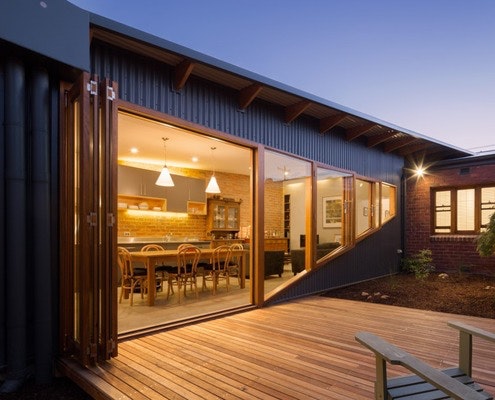 Brunswick Renovations by Renovation Achieves an Energy Positive and Income Generating Home A passive design and solar panels creates a comfortable house year-round which also generates income for this family. 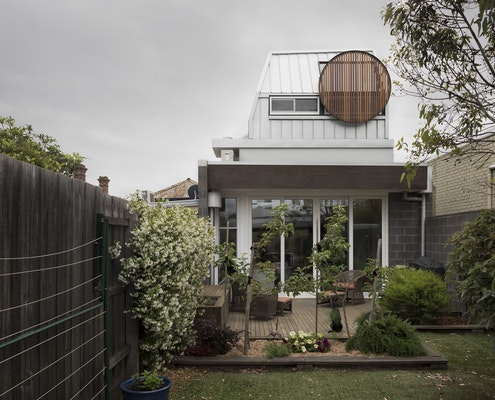 Wilson Street House by Drawing Room Architecture A New Study and Bedroom Pops up on Top of This Brunswick Home An architect squeezes a new study and bedroom in the only available space on this tight Melbourne block - above the living area. 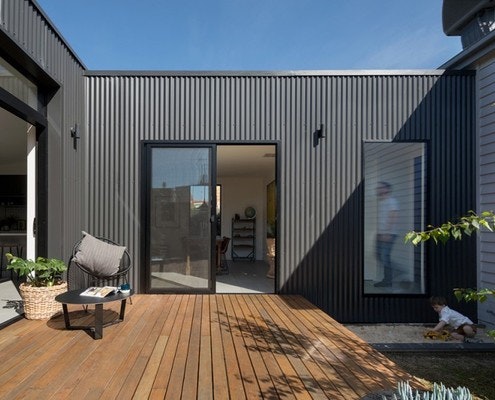 Brunswick Extension by ArchiBlox A New Living Pod Creates a Central Courtyard at This Brunswick Home Set well away from the original house, this new addition creates a central courtyard which all living areas wrap around. 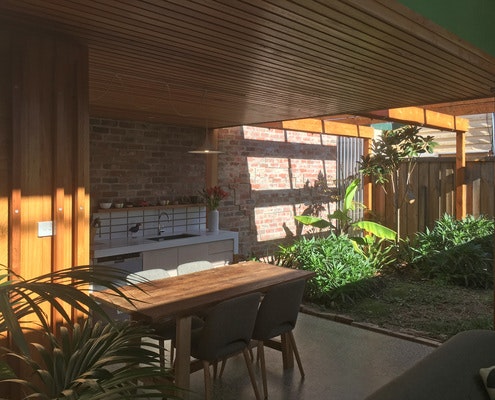 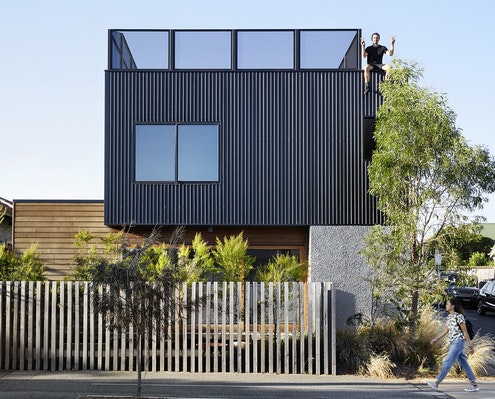 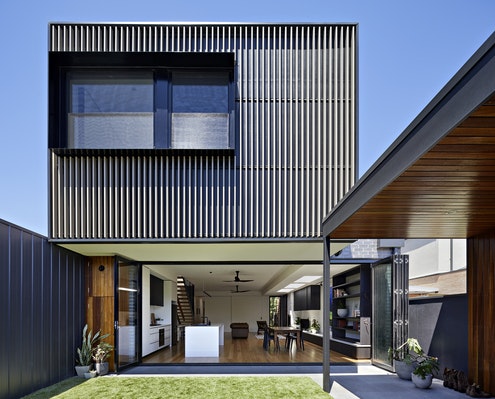 Brunswick House by Chan Architecture How to Create a Modern, Flexible and Bright Space on a Narrow Block Renovating an older, inner-city home comes with a peculiar set of challenges - how to make it seem bright and spacious when it's not. 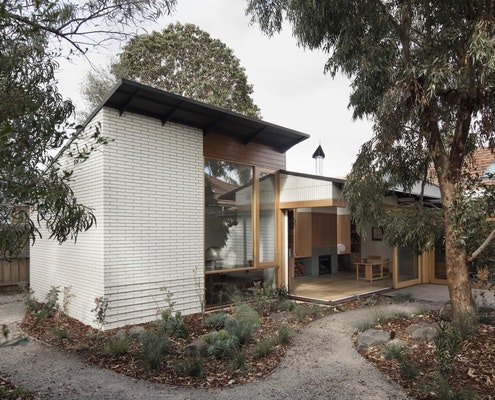 Brunswick House by Winwood Mckenzie Architecture House With Two Distinct Personalities: Winter Cosy to Summer Breezy Can a house be both a cosy refuge and open to the outdoors to create a breezy outdoor room? In this case, it can! 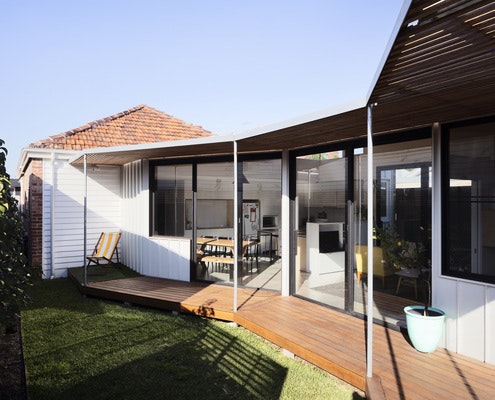 Allan Street House by Gardiner Architects A Compact Addition Creates a Comfortable and Sustainable Home Living in the inner-city means trading space for convenience. This project shows you, that trade-off isn't so bad. 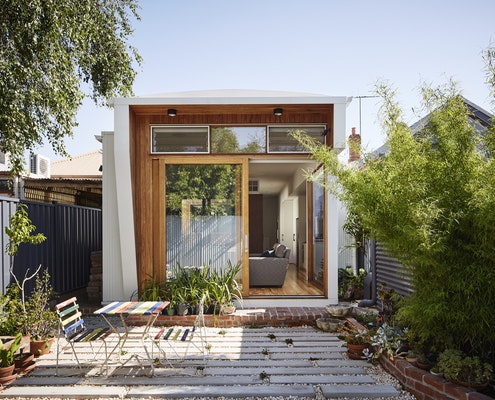 Anna's House by Gardiner Architects Transforming a Run-down Weatherboard Into a Bright, Sustainable Home Want a sustainable home, but don't know where to start? An architect can help you create a comfortable, sustainable home... 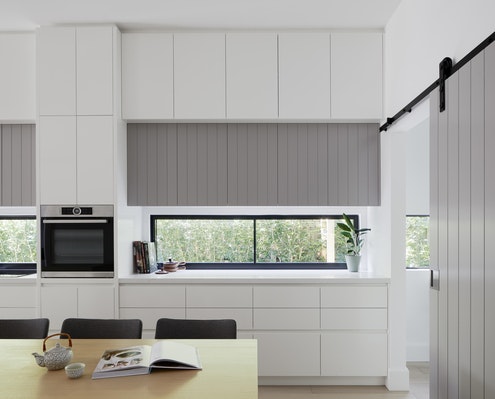 Garnet Street by Kirsten Johnstone Architecture New Layout of this Inter-war Home Makes it Perfect for Modern Living By rethinking the layout of this home, a more efficient plan that's perfect for modern living was found within the existing footprint. 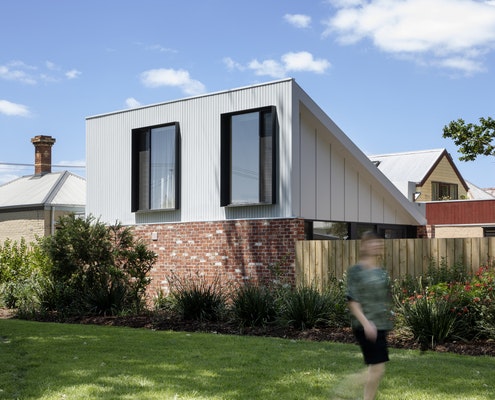 Gold Street Residence by Sarah Kahn Architect A Clever Addition Turns a Potentially Problematic Site Into Gold Others overlooked this heritage-listed home because of its exposure on three sides, but a playful addition turns it into an asset. 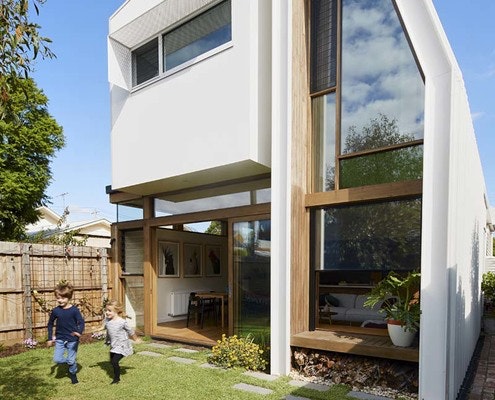 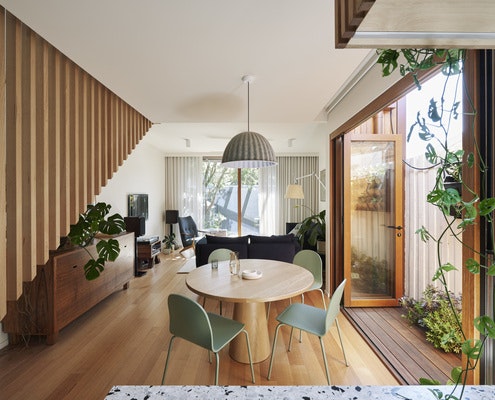 Brunswick Green by Drawing Room Architecture Architect Creates a Spacious Light-filled Home Against the Odds Despite a seemingly impossible set of constraints, this terrace has been transformed into a light-filled and sustainable family home.