With exposed concrete, an industrial vibe and lofty spaces, living in a warehouse conversion is a hashtag lifegoal for many of us (yes, I just wrote hashtag. Hashtag whatofit). So if you've ever harboured the inkling for an inner-city loft-style apartment, you'll want to check out Camperdown Warehouse by Archer Office. What was once a Rolls Royce assembly line is now the Rolls Royce-standard of warehouse conversions... 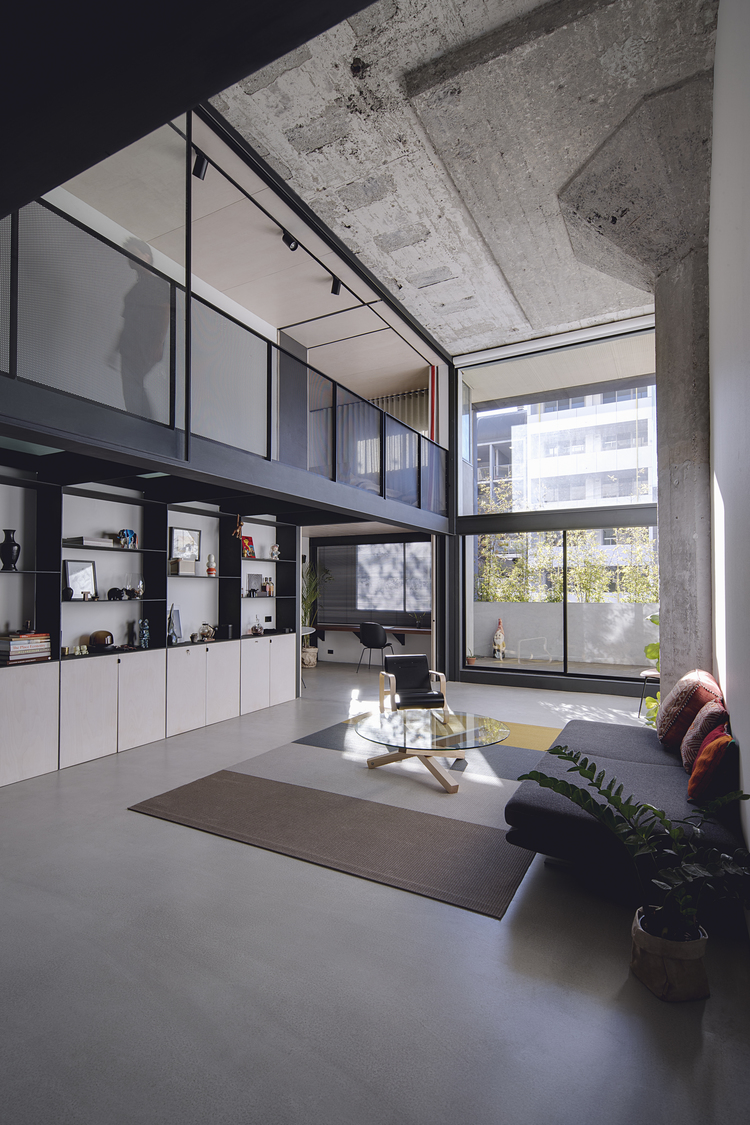 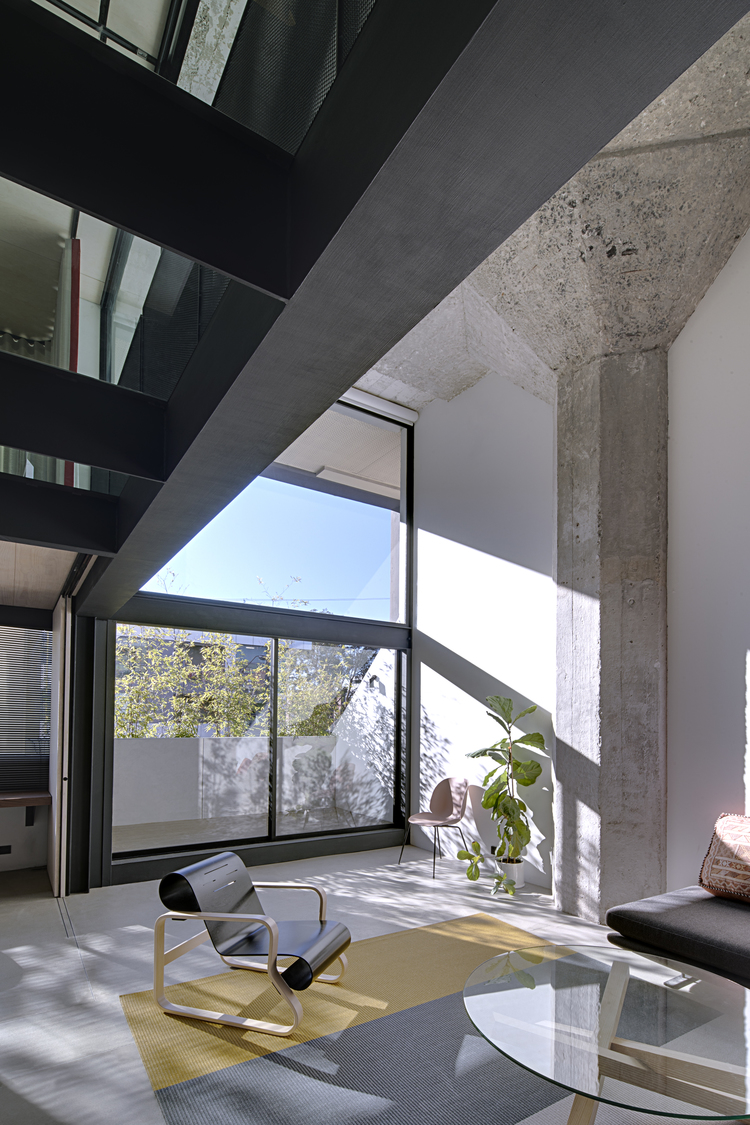 Constructed in 1926, Camperdown Warehouse was used as a car assembly factory for several different companies including Rolls Royce. 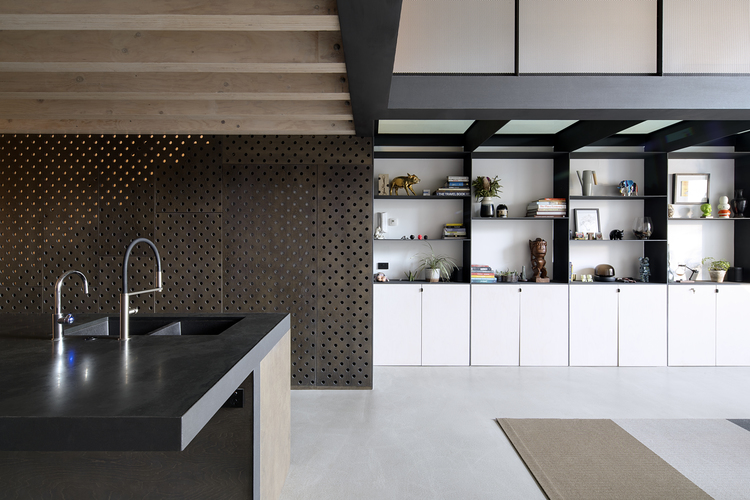 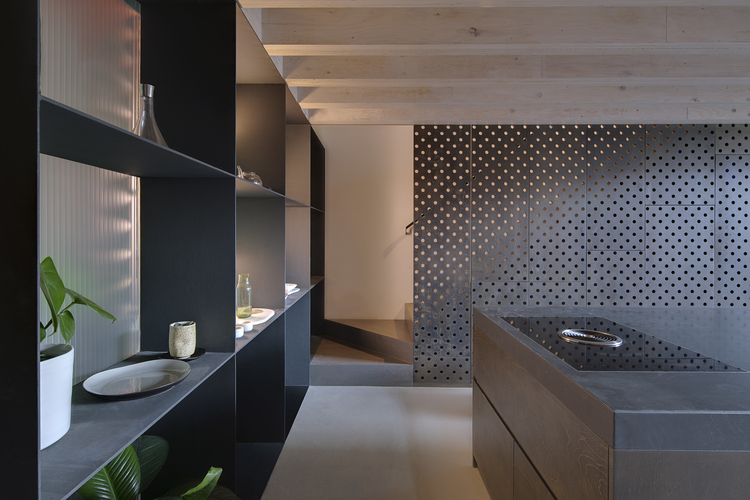 A botched conversion in the late 1990s had divided the warehouse into apartments, but they didn't make effective use of all that volume or the concrete structure. By stripping the warehouse back to reveal the original concrete structure (and how beautiful it is in all its brutalist glory), the architect was able to start over, designing a 3-bedroom home which maximises the space and light available. 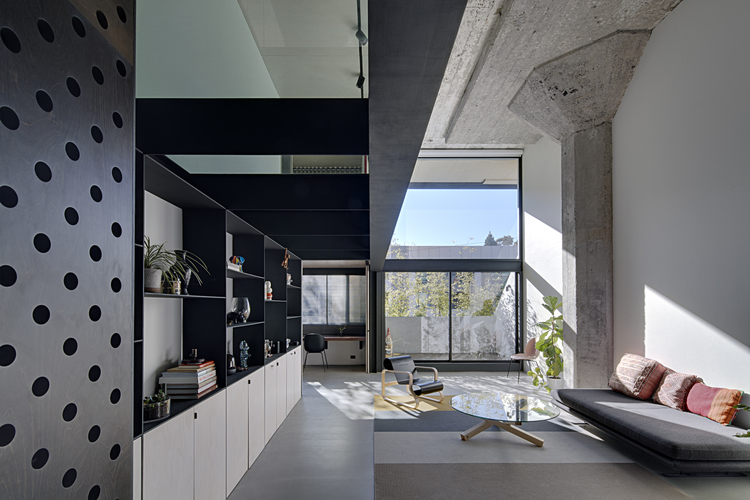 One of the big challenges was getting light into the home, given there's only one external wall while also taking advantage of the incredible ceiling heights. The solution was inserting a new steel structure into the space with rooms designed to wrap around a central double-height space. Glass sliding doors are used to connect bedrooms to the central space, allowing them to access light. This also means the rooms can open up to become part of the one space more like a loft bedroom, or close down for privacy. 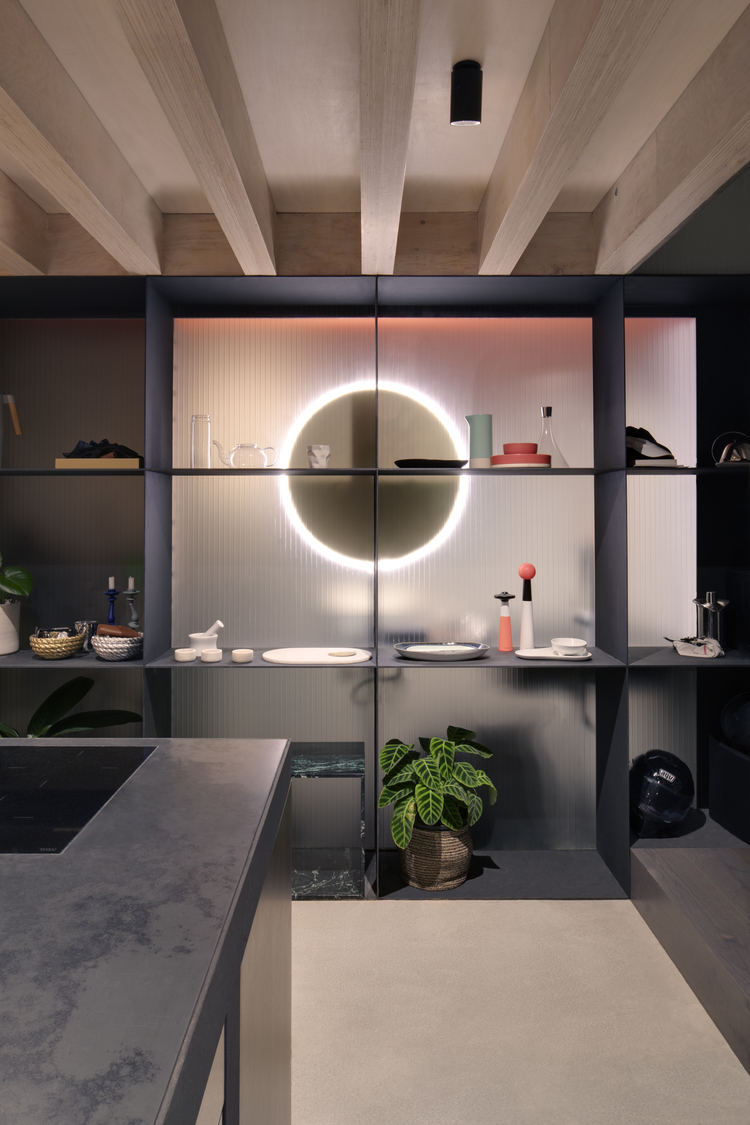 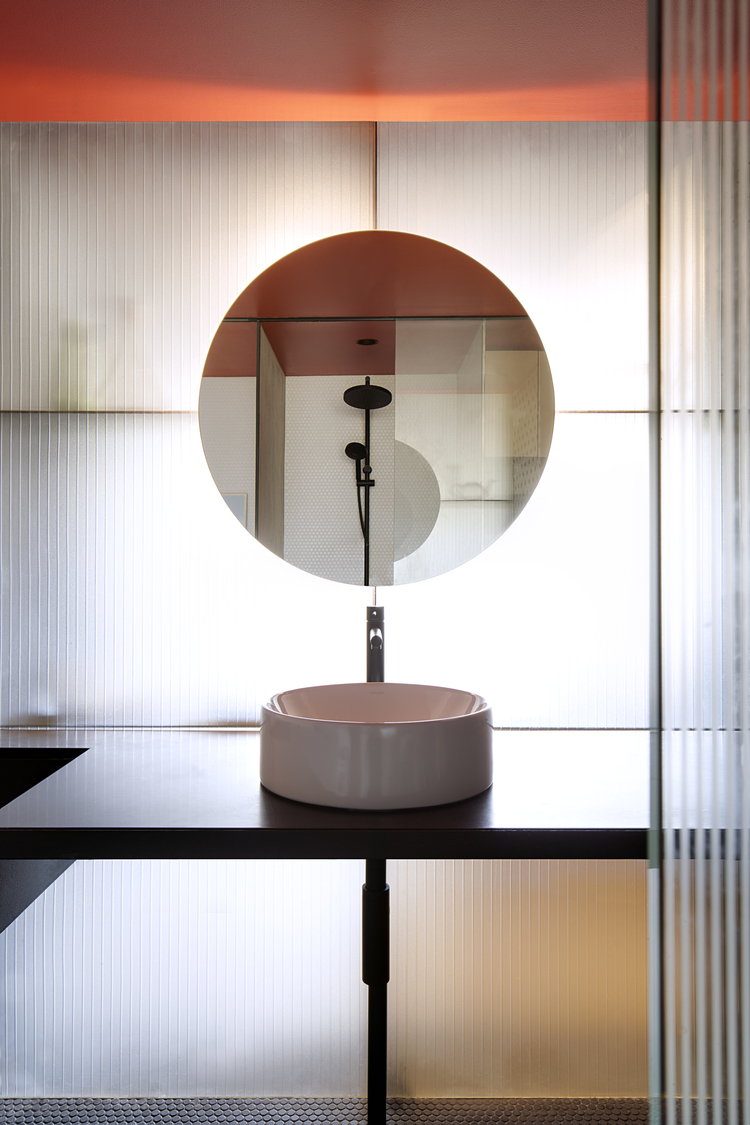 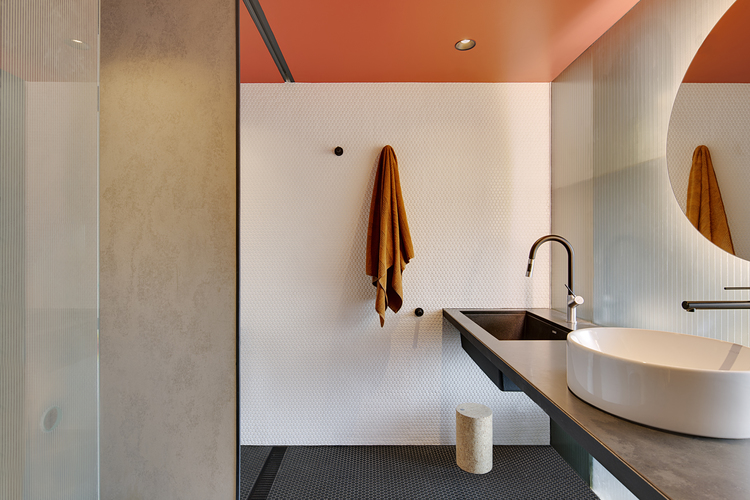 A frosted glazed wall in the kitchen lets light into the bathroom behind and, when a light behind the vanity mirror is on, this becomes a light feature in the living area: a clever way to make the practical exceptional. 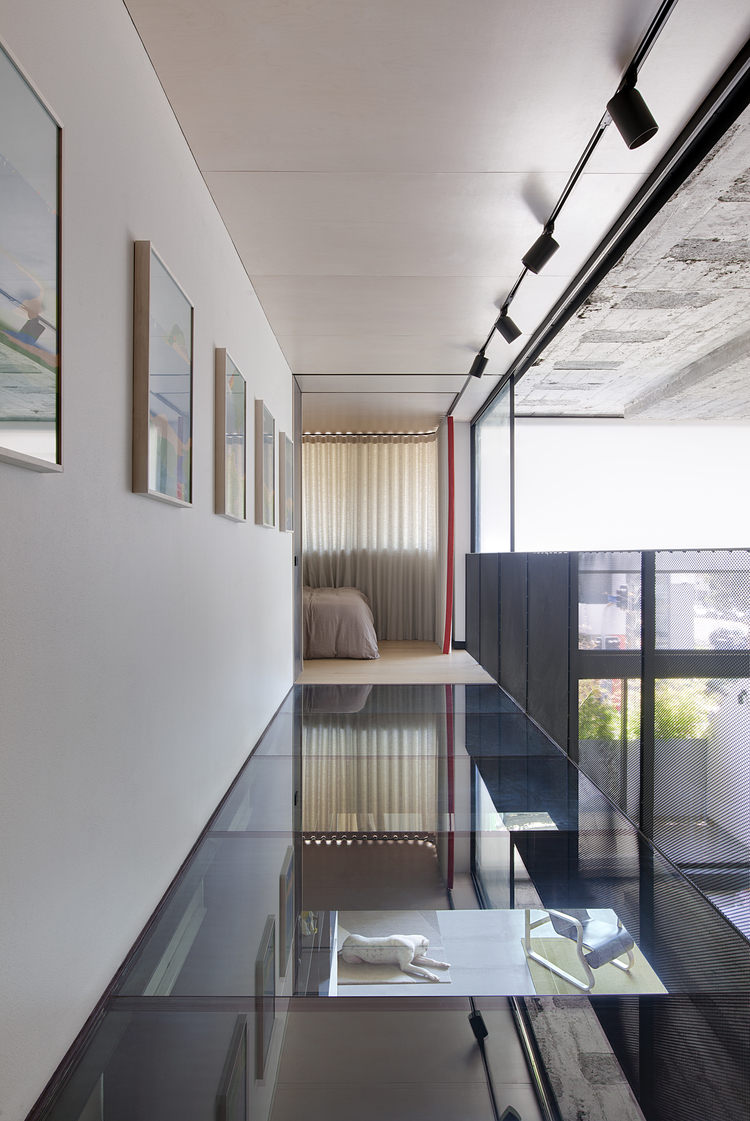 Similarly, a glazed bridge (if you're game) connects the bedrooms on the second level without disrupting the light. This also helps to emphasise that upstairs and downstairs are part of the one space. 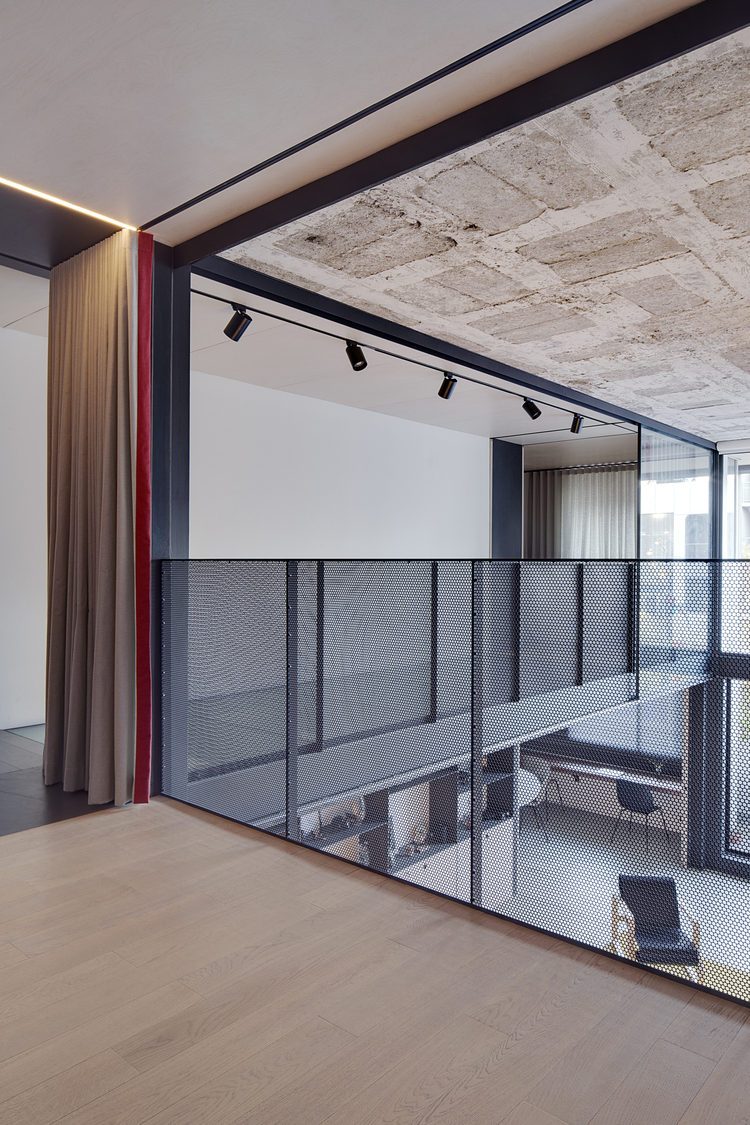 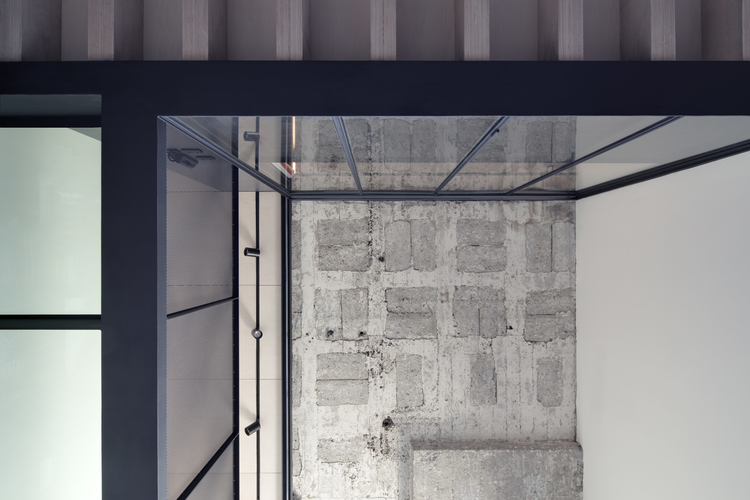 A clear distinction is made between old and new. By exposing the concrete board-formed columns and textural ceiling, the crisp glass and steel of the new elements are highlighted without losing the impact of the existing shell. This makes a feature of both old and new, allowing both to shine. 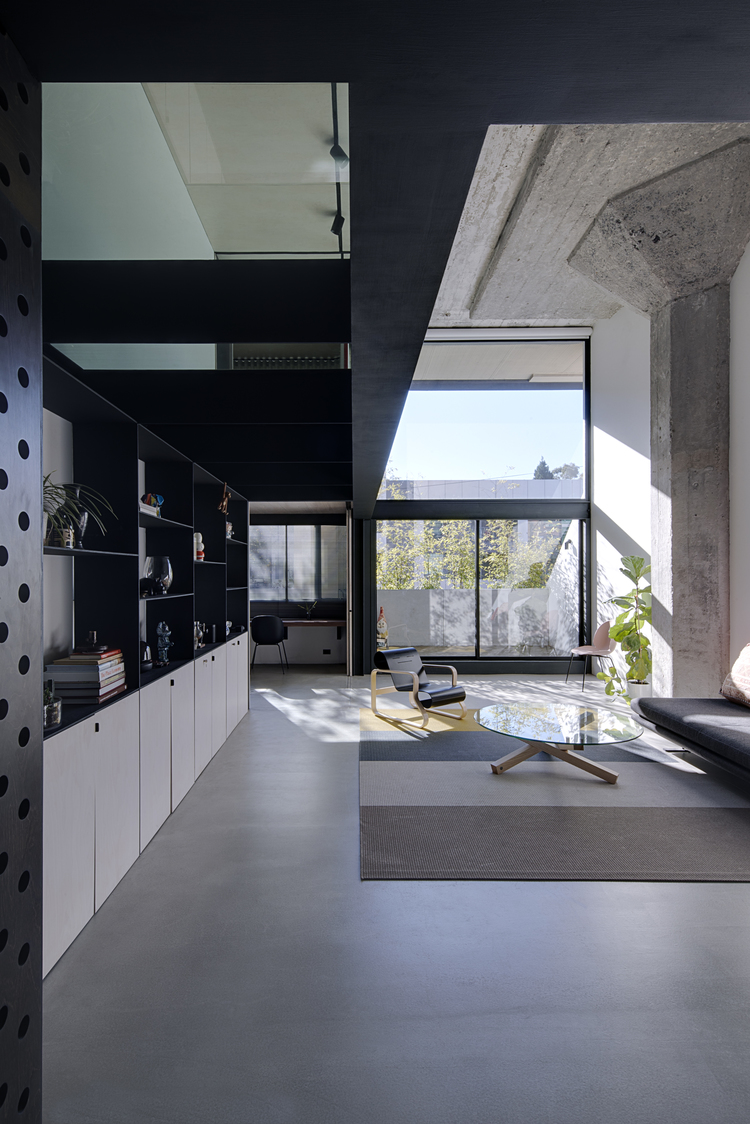 This clever (re)conversion of an old warehouse makes better use of space and the amplifies the history of the building, transforming this into an enviable home: the Rolls Royce-standard of warehouse conversions. 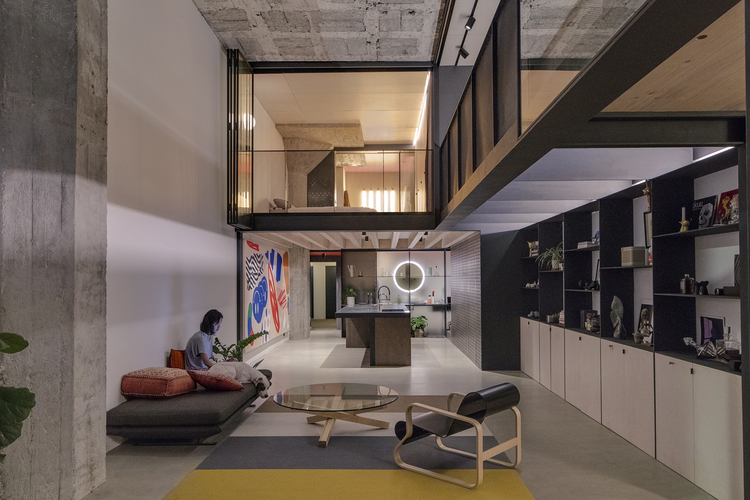 Tell us what you love about Camperdown Warehouse