Cape Schanck House: What Does a House Shaped by Nature Look Like?

A House Shaped by Nature

Victoria's Mornington Peninsula is a popular holiday spot thanks to its proximity to Melbourne. Cape Schanck is located in an area near rugged coastline subject to strong prevailing winds and sits within an expanse of native tea tree. The pattern of tree growth is caused by light stimulus, or phototropism. The trees grow and twist to get access to light.

This holiday home, called Cape Schanck House uses computer modeling to simulate the effect of dynamic forces -- wind energy, wind turbulence and phototropism -- on a house. The result is a modern, angular home that nonetheless fits in with its surroundings, because it has been designed the way nature would have formed it. 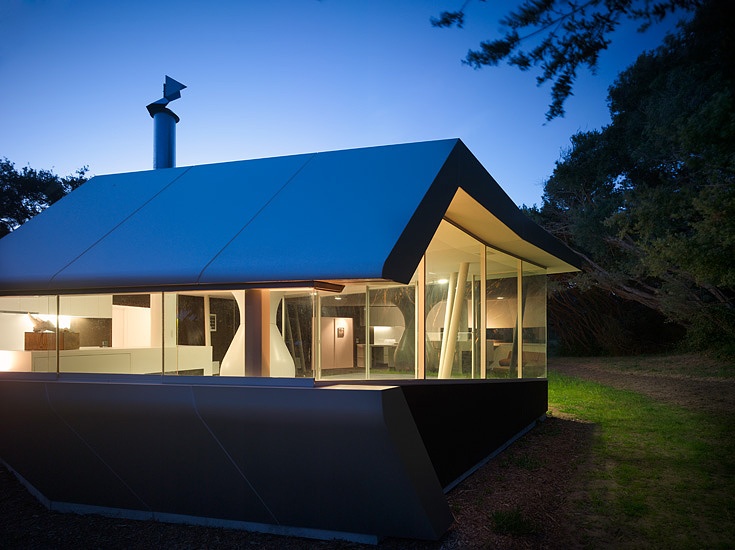 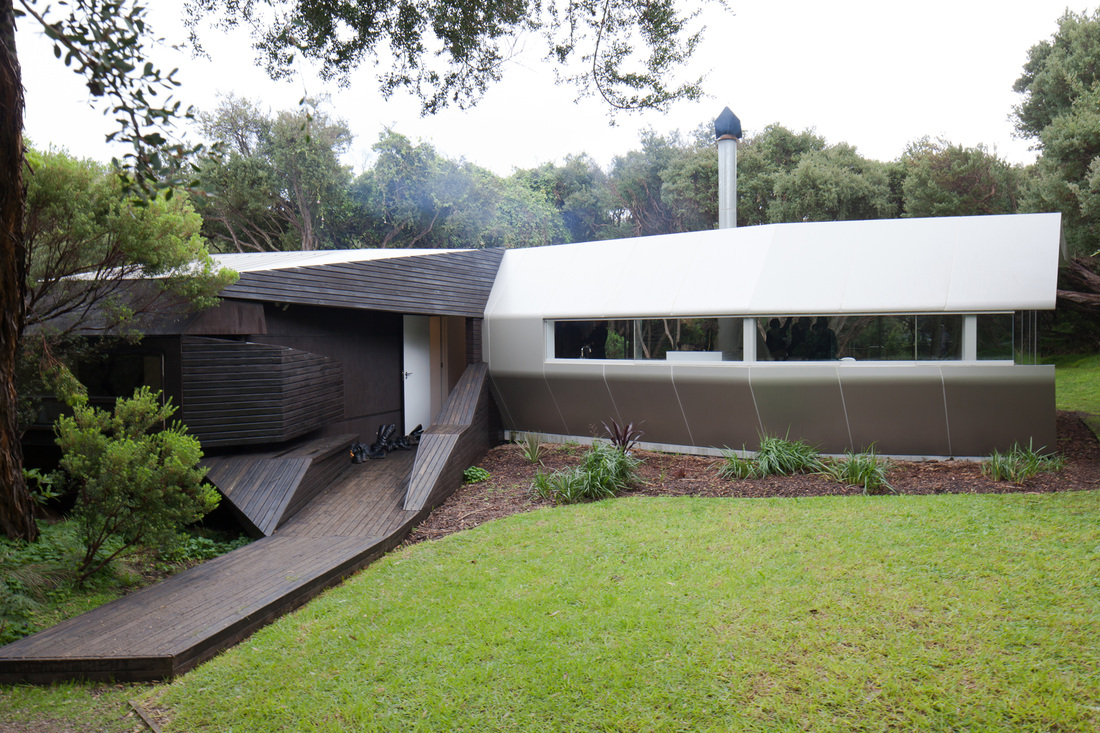 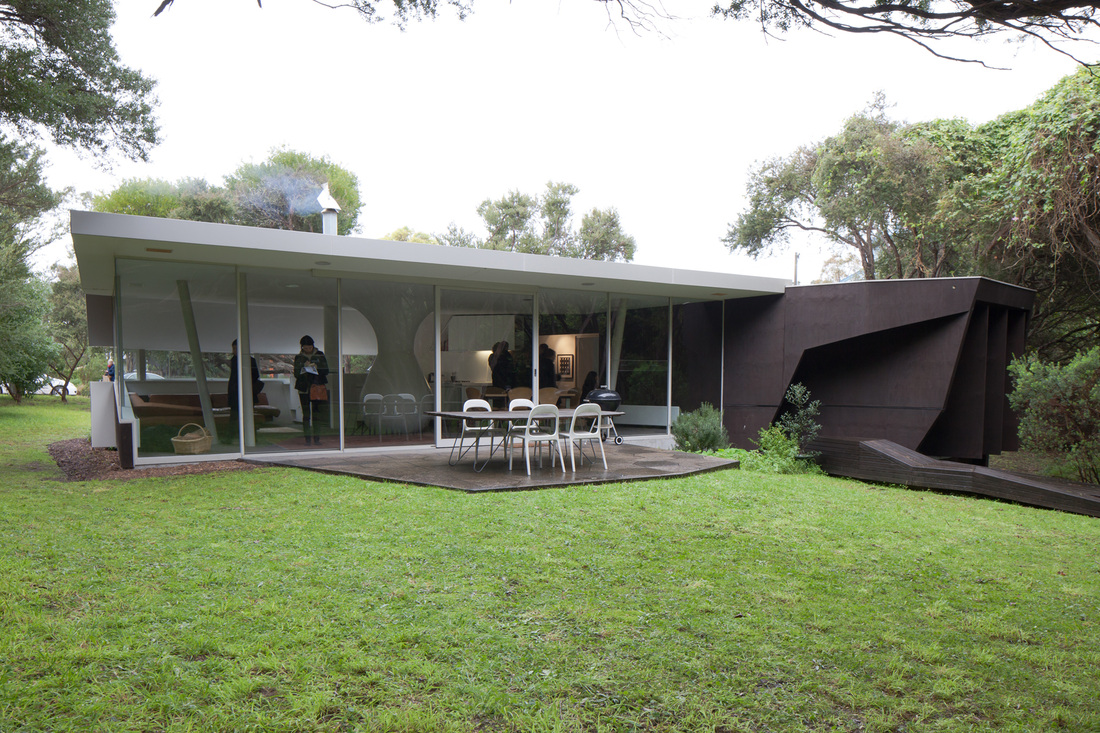 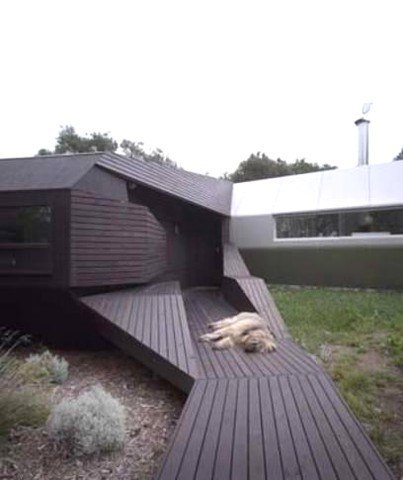 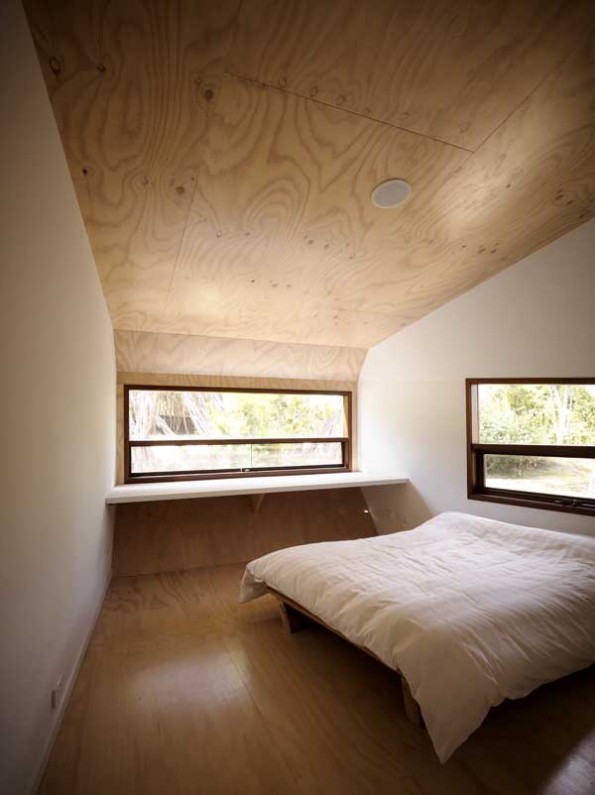 At One With the Environment

Despite its modern appearance, rooms and pathways twist and bend like the trunks of the surrounding tea tree. Computer analysis determined the most appropriate design to work with the environment, rather than against it. 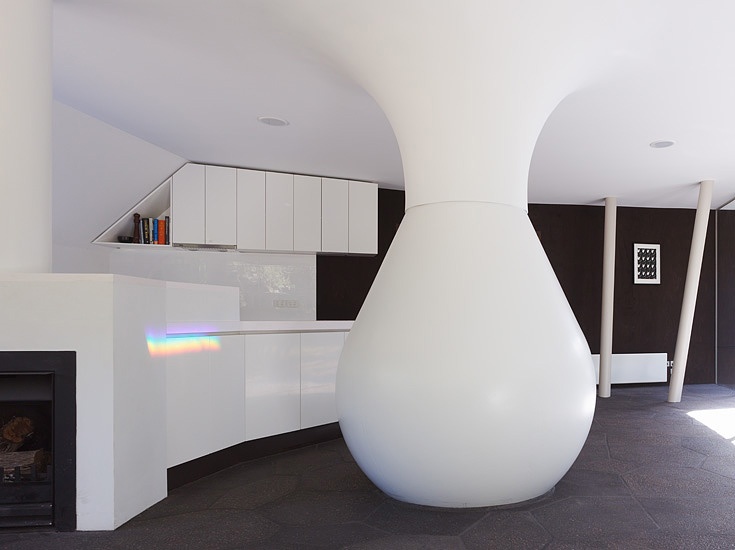 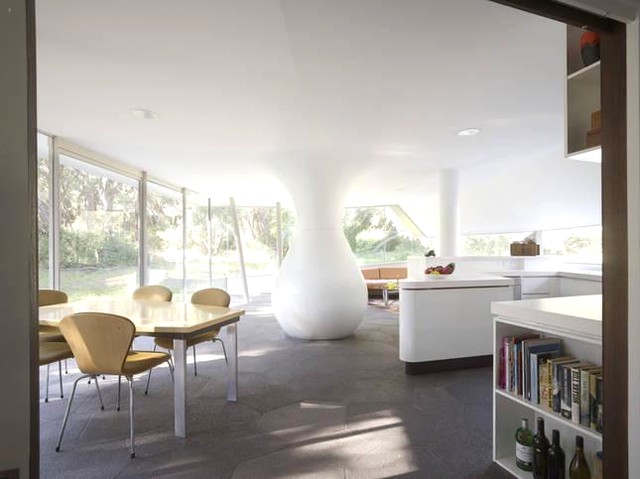 Is That a Water Tank in Your Lounge?

The unusual white bulb in the middle of the lounge area is actually a water tank. The ceiling wraps down to the custom-made internal water tank. The tank cools the ambient air temperature of the living room during summer, supplies rain water, and structurally carries the roof load. 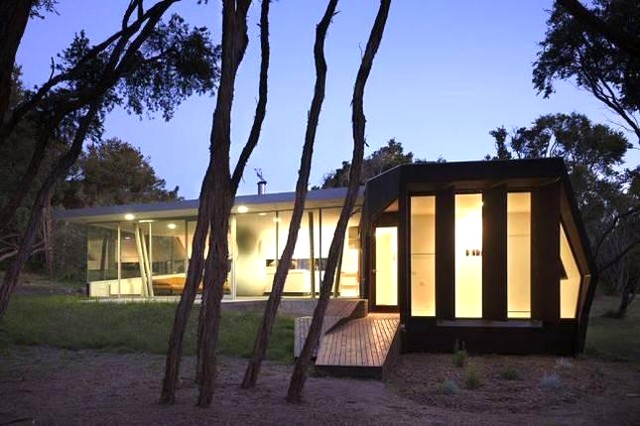 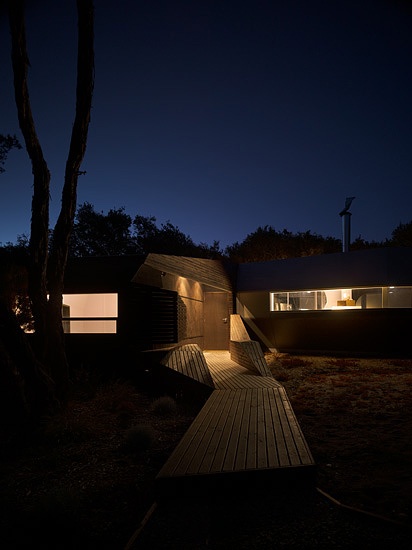 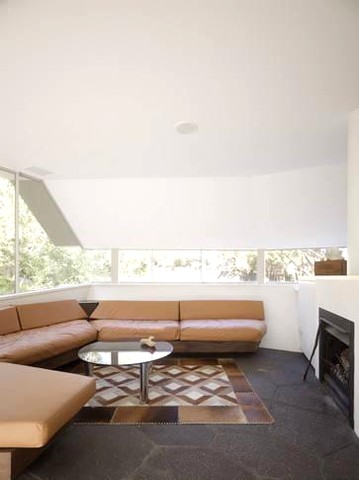 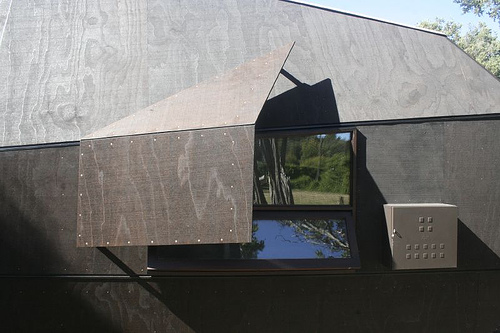 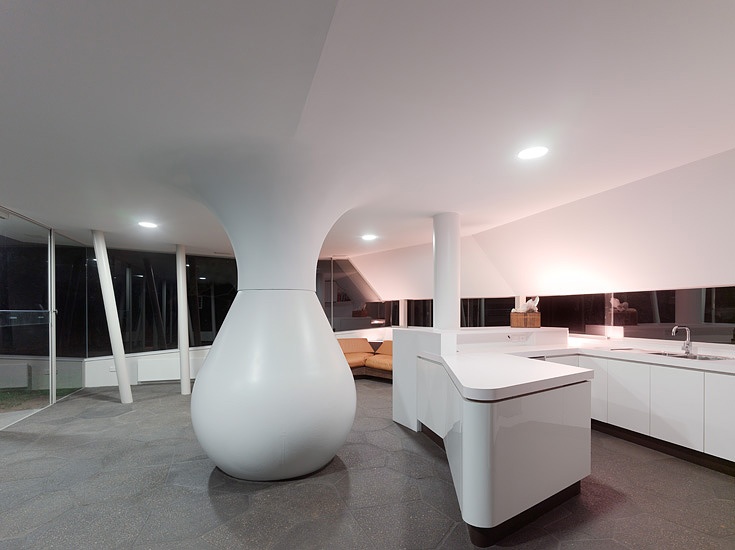 Wind scoops on the south elevation also act as a passive thermal device. These scoops trap cooling winds during summer whilst providing shading from the hot afternoon sun.

Cape Schanck House balances the modern with the climate sensitive. The house doesn't disrupt the surroundings, but sits squat within it, bending and twisting as if the winds of time had carved it. While the home is modern -- almost high tech inside -- it still feels a part of the surroundings from the outside.