Doll’s House: Smallest House on the Street is Transformed

The age-old advice is to buy the worst house on the best street. But what about the smallest house in the trendiest neighborhood?

The owner of Doll's House did just that. And then called in architects Edwards Moore (who have a reputation for carving innovative homes out of small spaces).

Edwards Moore did not disappoint. They left external walls in place to reduce construction/demolition costs, but removed all internal walls. Then they created new spaces around two internal courtyards, designed to let in light, separate rooms without the need for doors and visually connect all spaces -- ensuring the small home never feels cramped.

This tiny worker's cottage has grown from the runt on the block into a sophisticated and trendy home -- a little wonder. 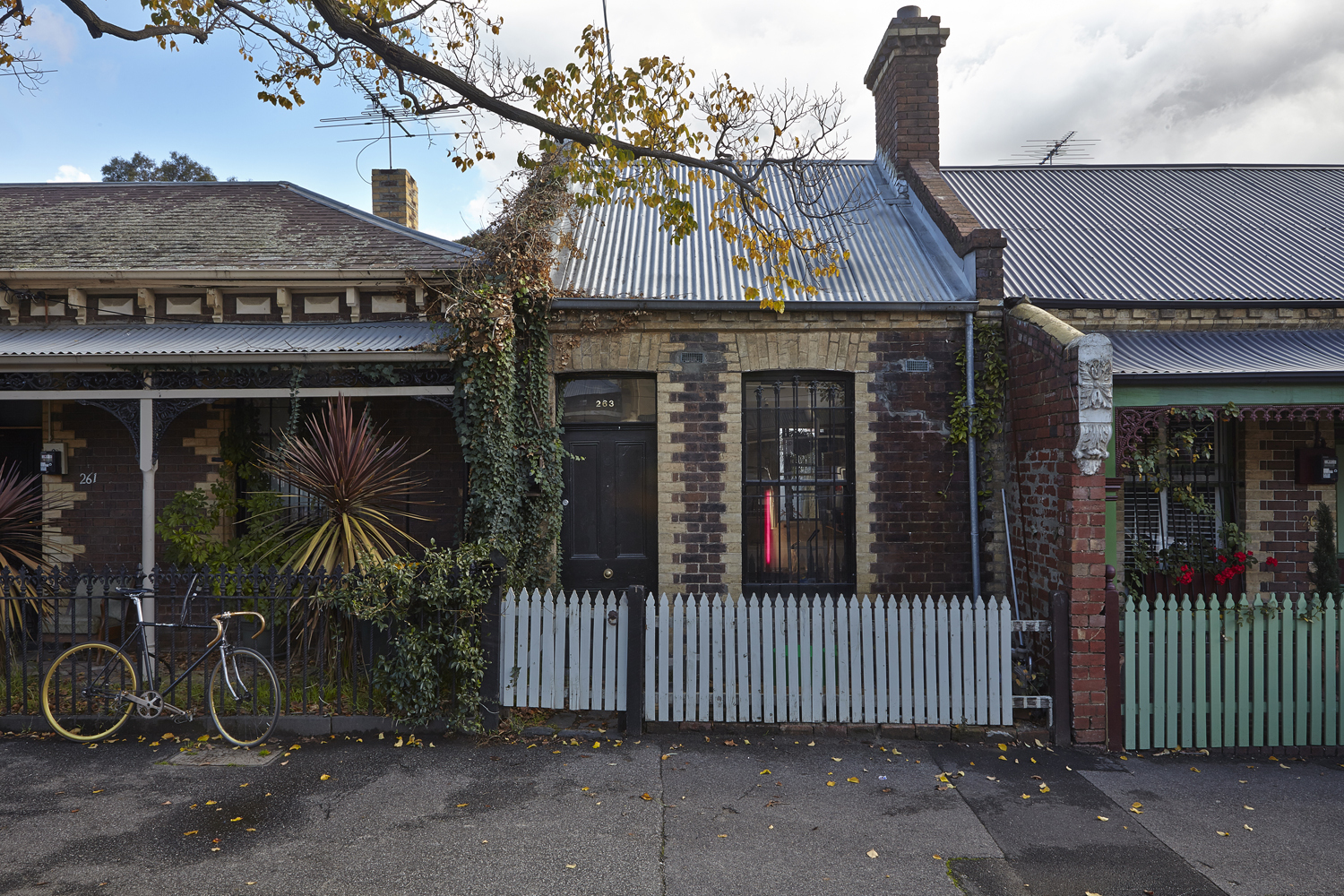 Smallest on the Block

The tiny worker's cottage is humbled by its larger neighbors. It used to be the smallest house on the block, but thanks to a thoughtful renovation it's now a light-filled, flexible home. 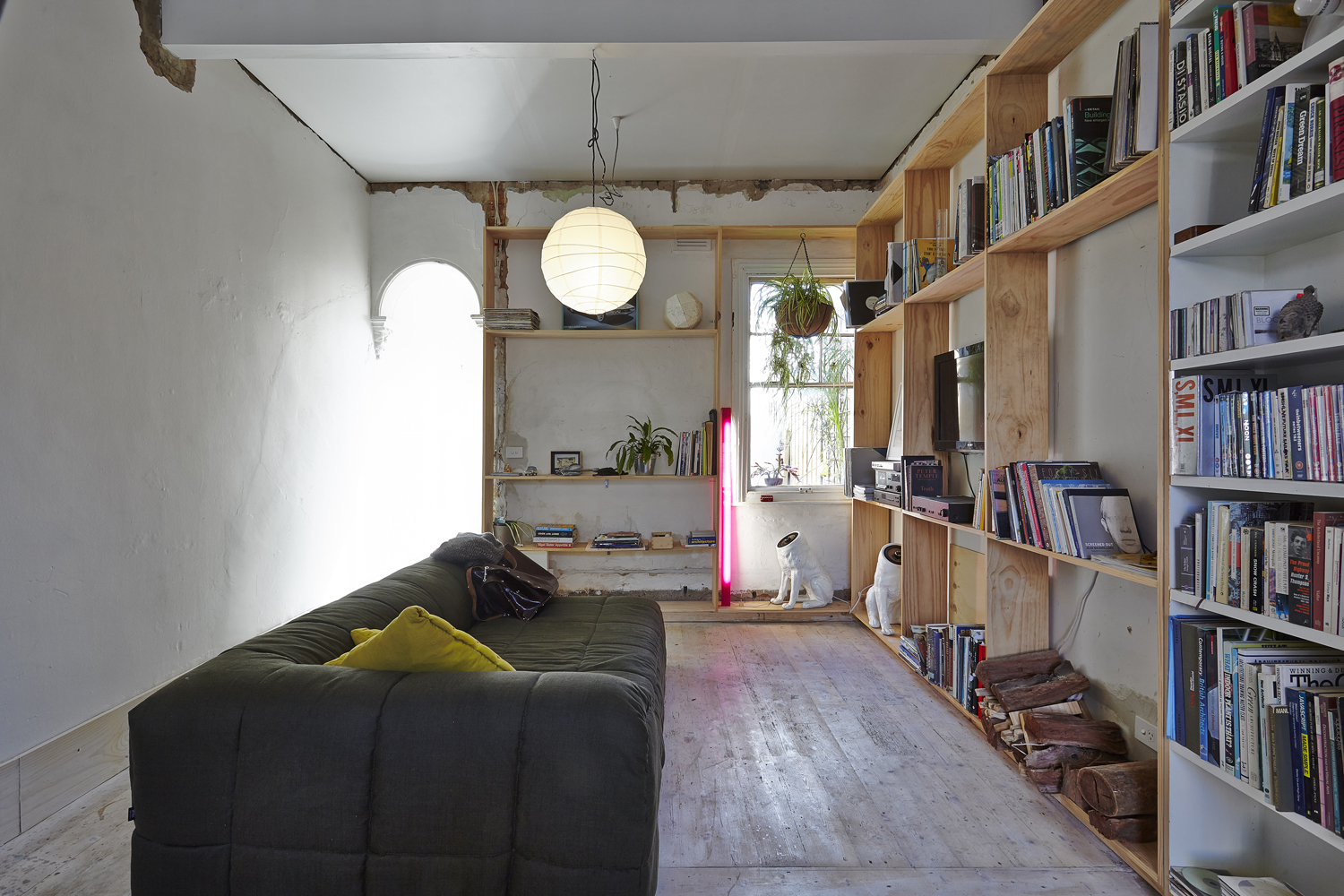 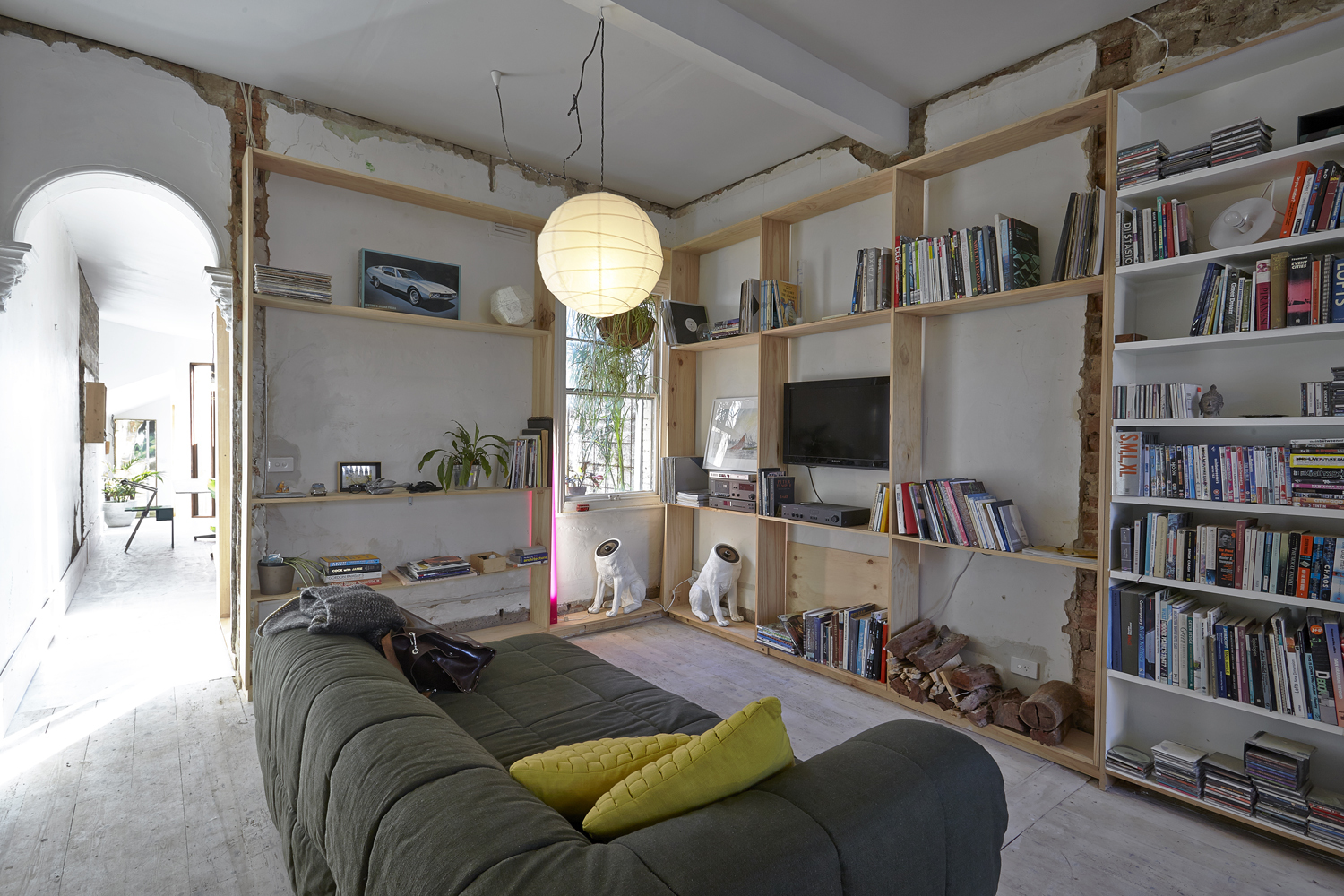 To reflect the owner's desire for uncomplicated living, surfaces are left raw and unfinished -- not to everyone's tastes, but appropriate for the gritty (and uber trendy) neighborhood of Fitzroy.

Leaving surfaces unfinished is an interesting way to unlock the history of the home. It's obvious where walls once divided the space. This treatment reveals the past arrangement and extent of the home. 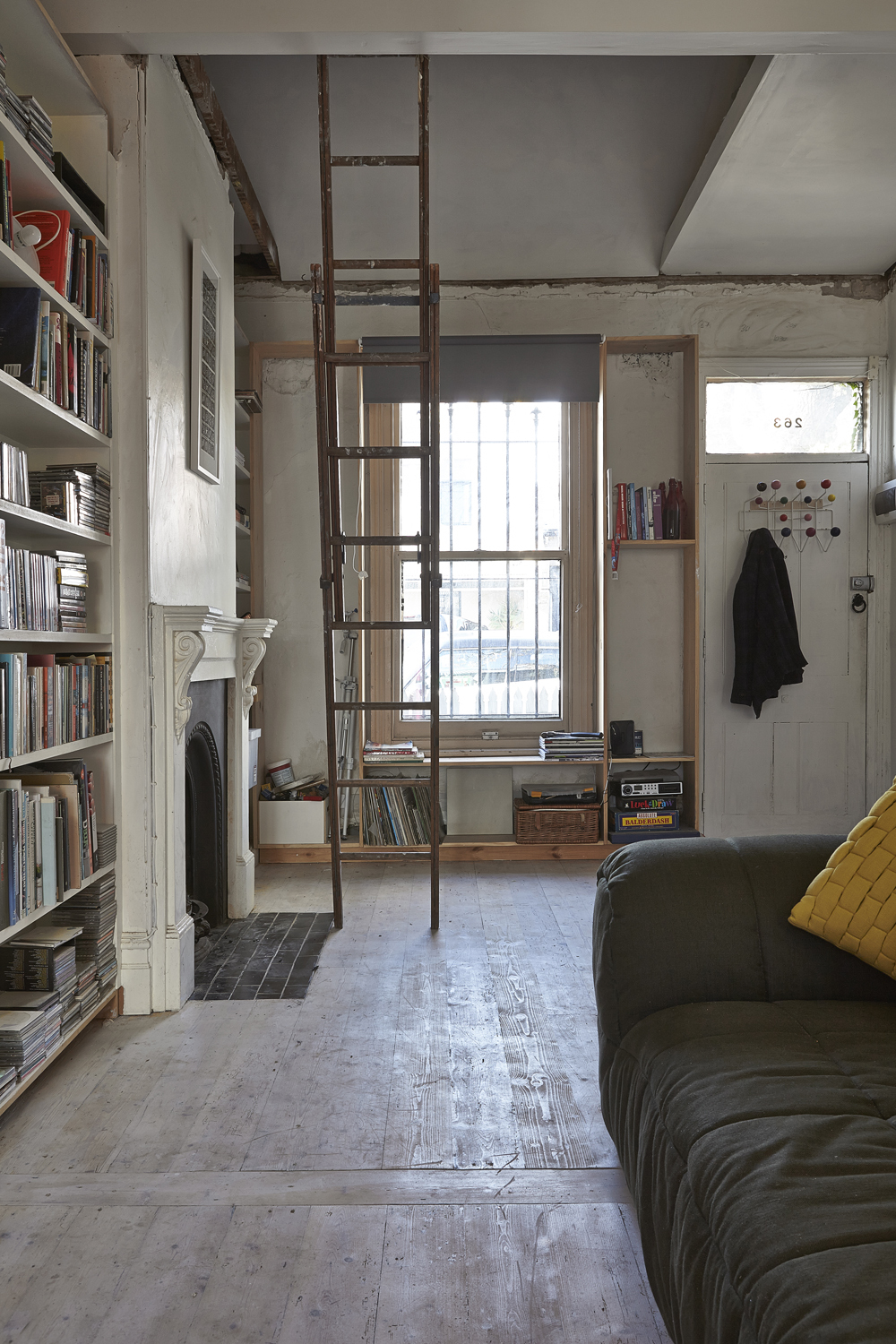 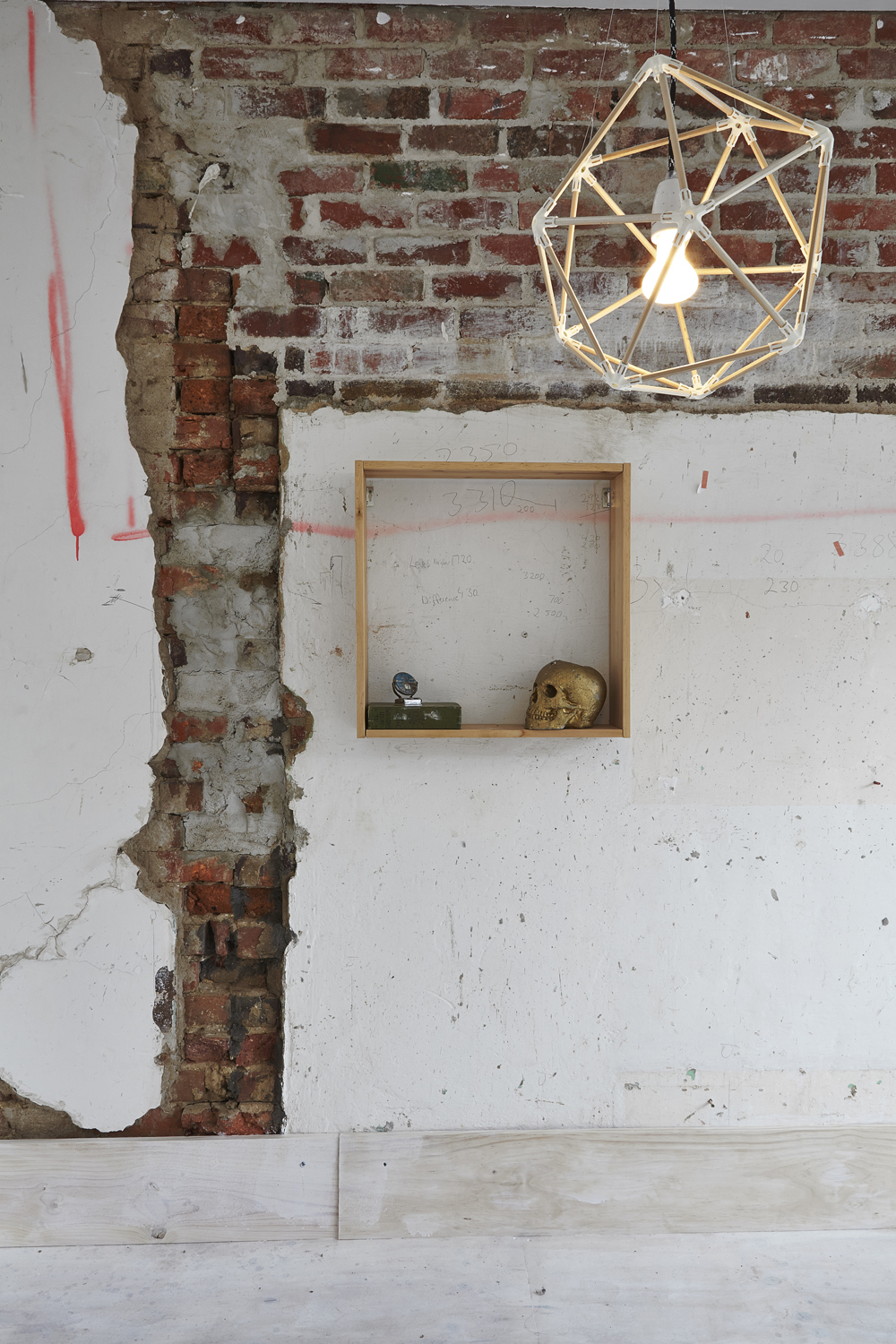 A ladder and large opening in the ceiling of the living area leads to a guest bedroom in the roof space. The architects extended the house to the limits of the tight site. They were able to fit in all requirements of the client's brief without building a second story -- but rather utilize existing underused space. 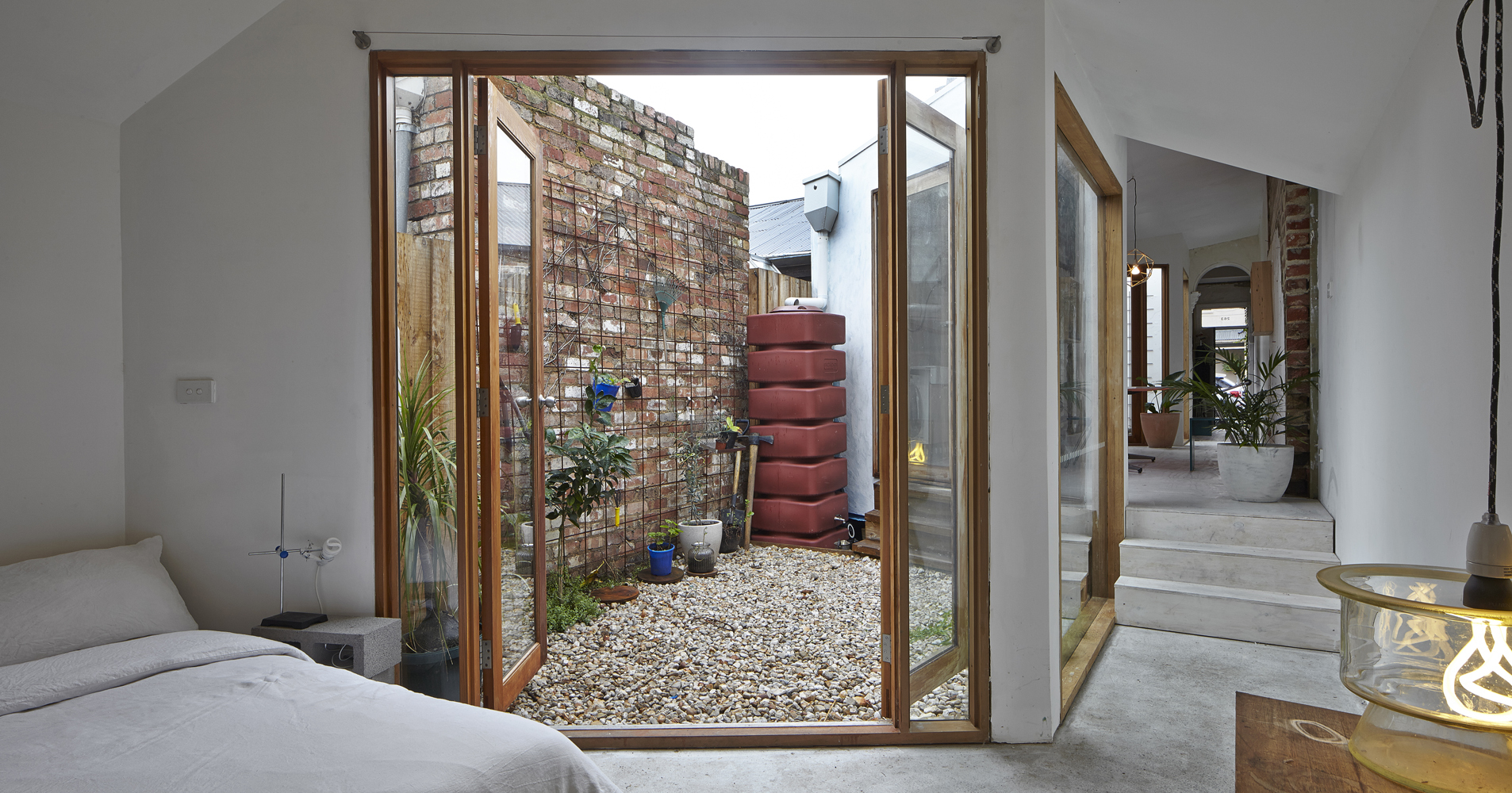 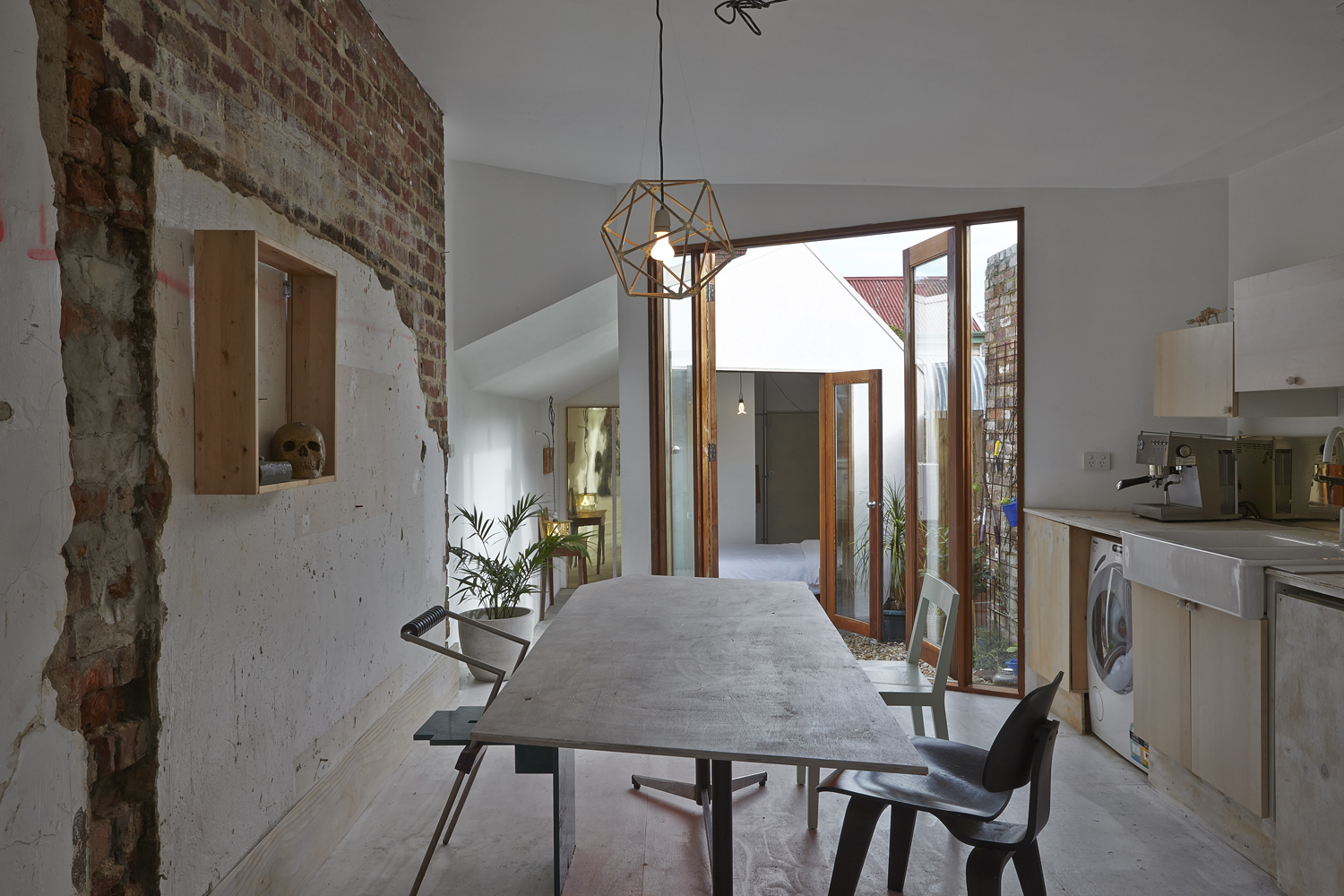 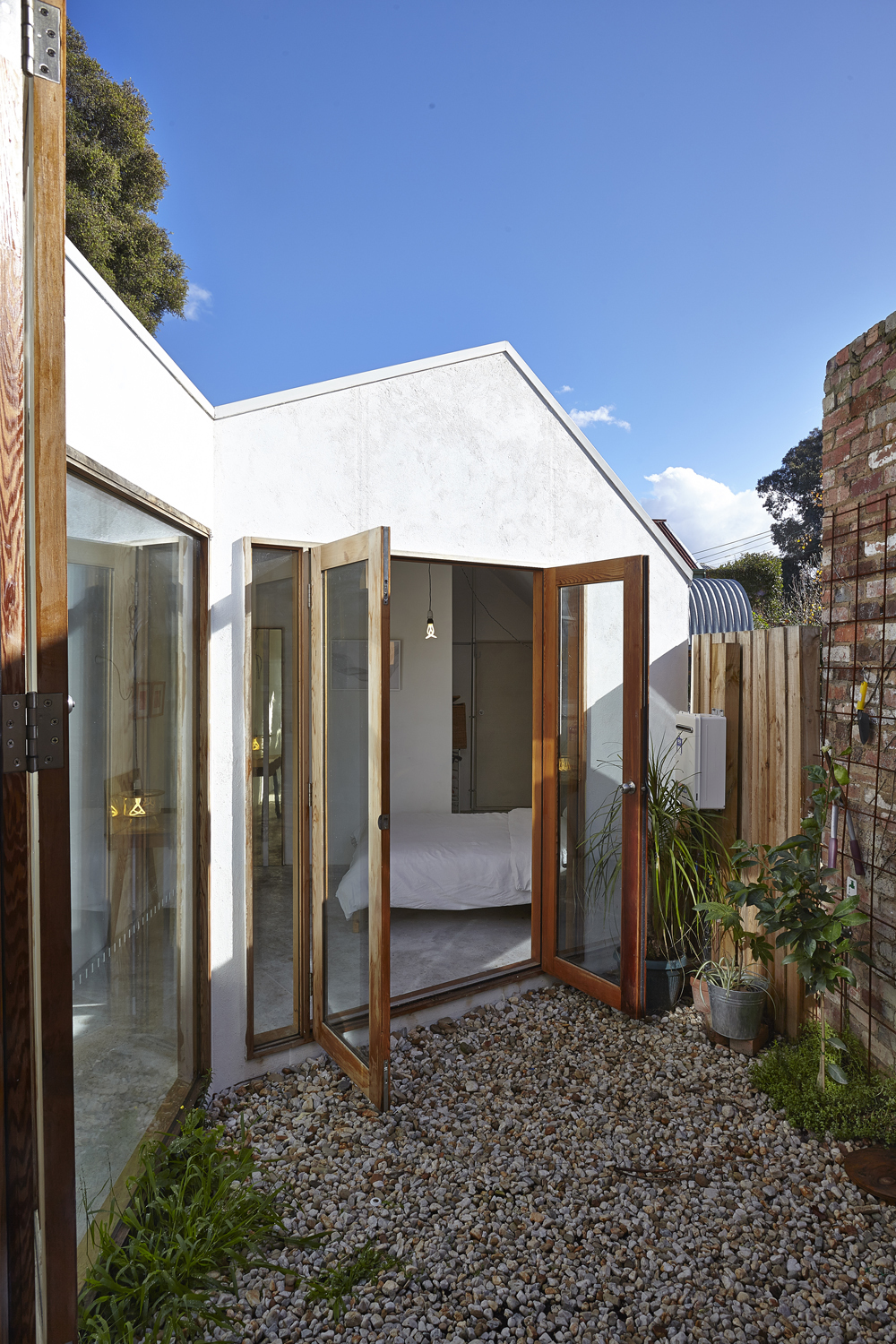 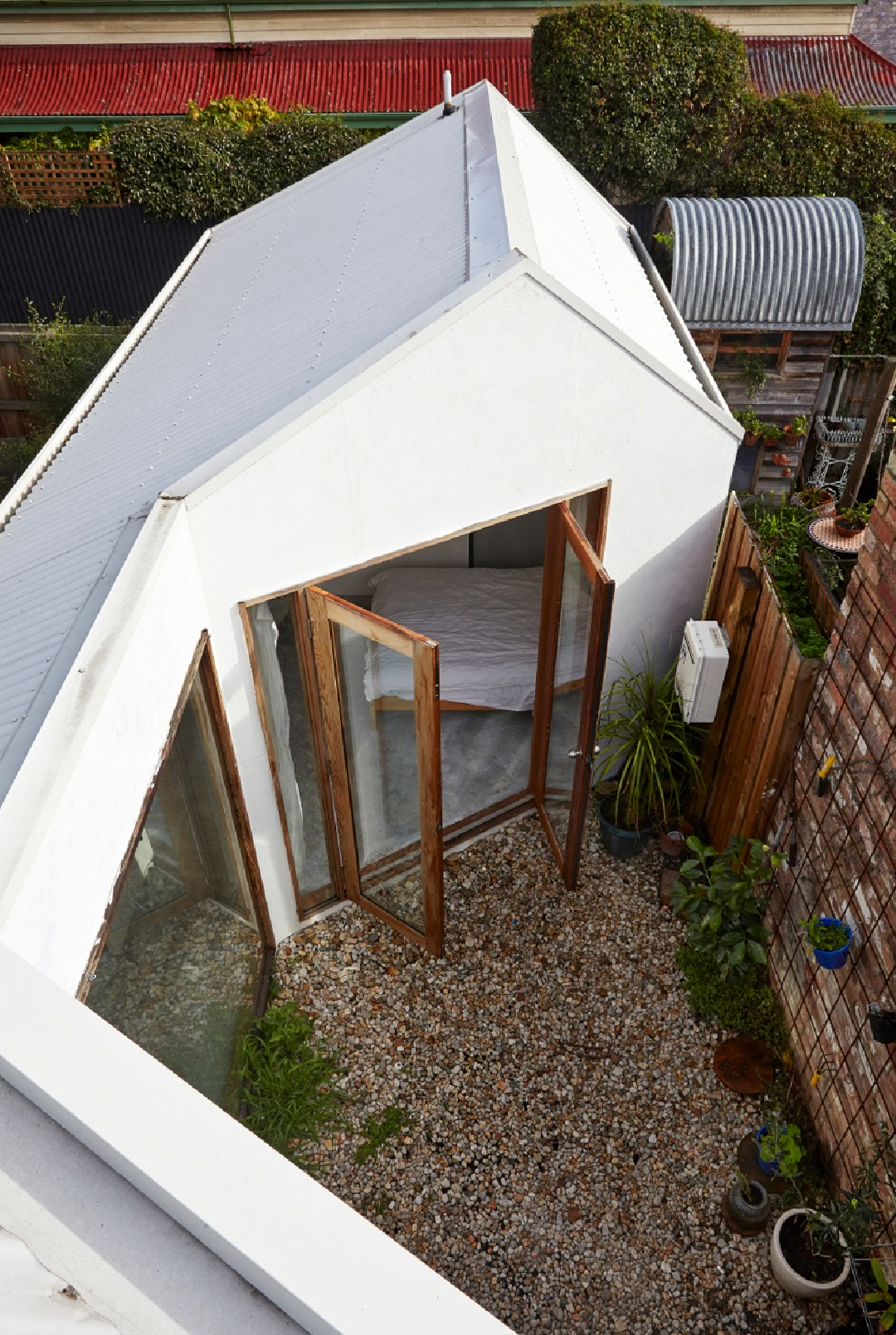 Edwards Moore have used a number of tricks to make small spaces feel larger in the past. In this project two internal courtyards let light deep into the house, making it feel much brighter and open. They also have the benefit of dividing the house without the need for doors or corridors.

What would ordinarily be a dark and stuffy house is light and airy thanks to these two 'lungs'.

The house is still quite small, but the translucency of the courtyards means you always have a sightline to the outdoors and/or another room. This clever trick makes the home feel much larger than it actually is. 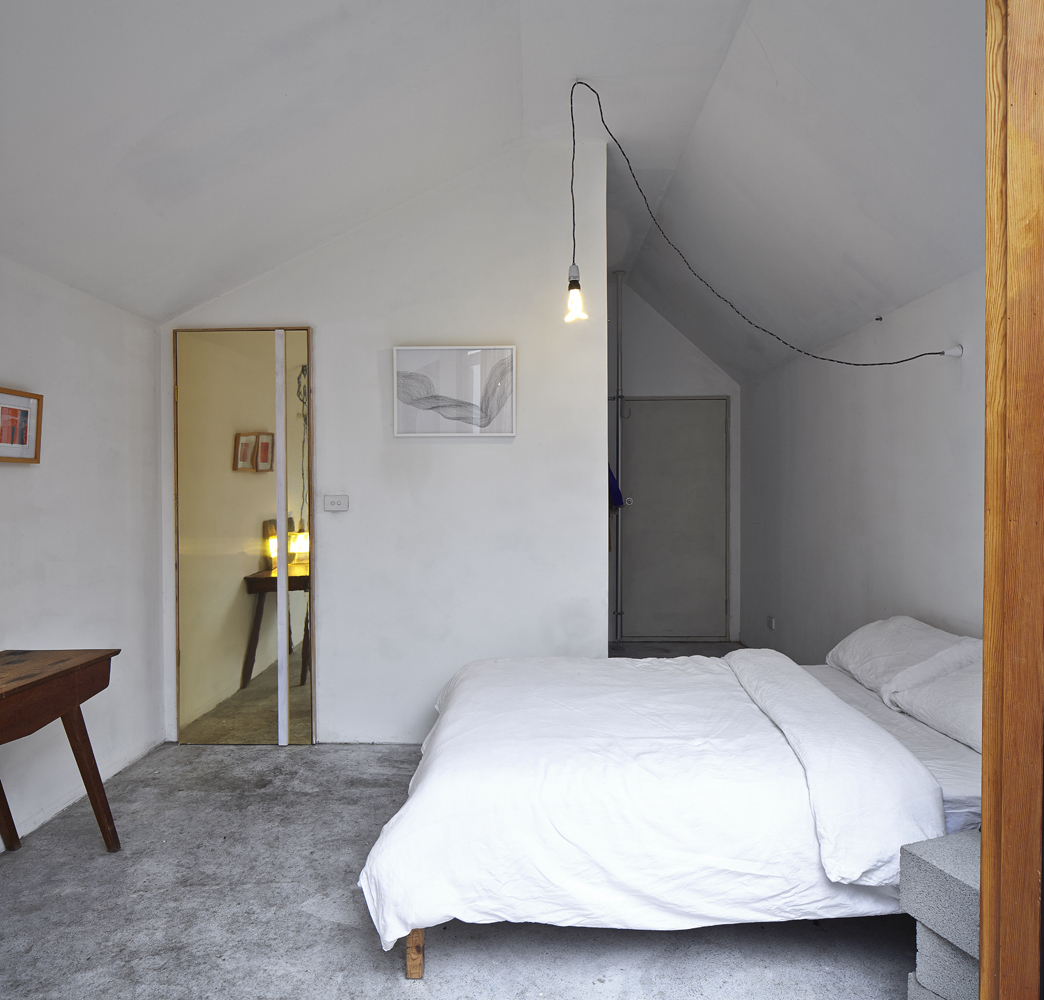 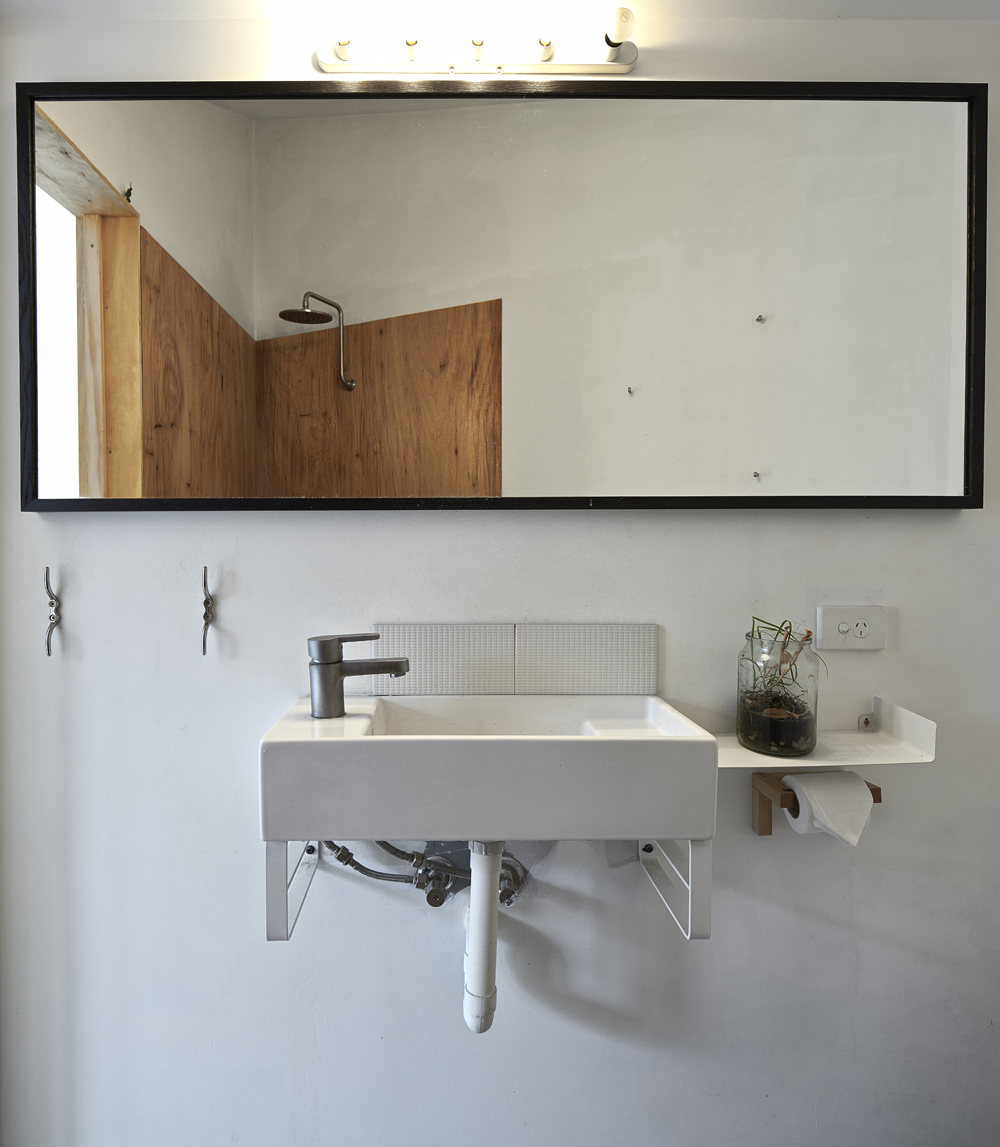 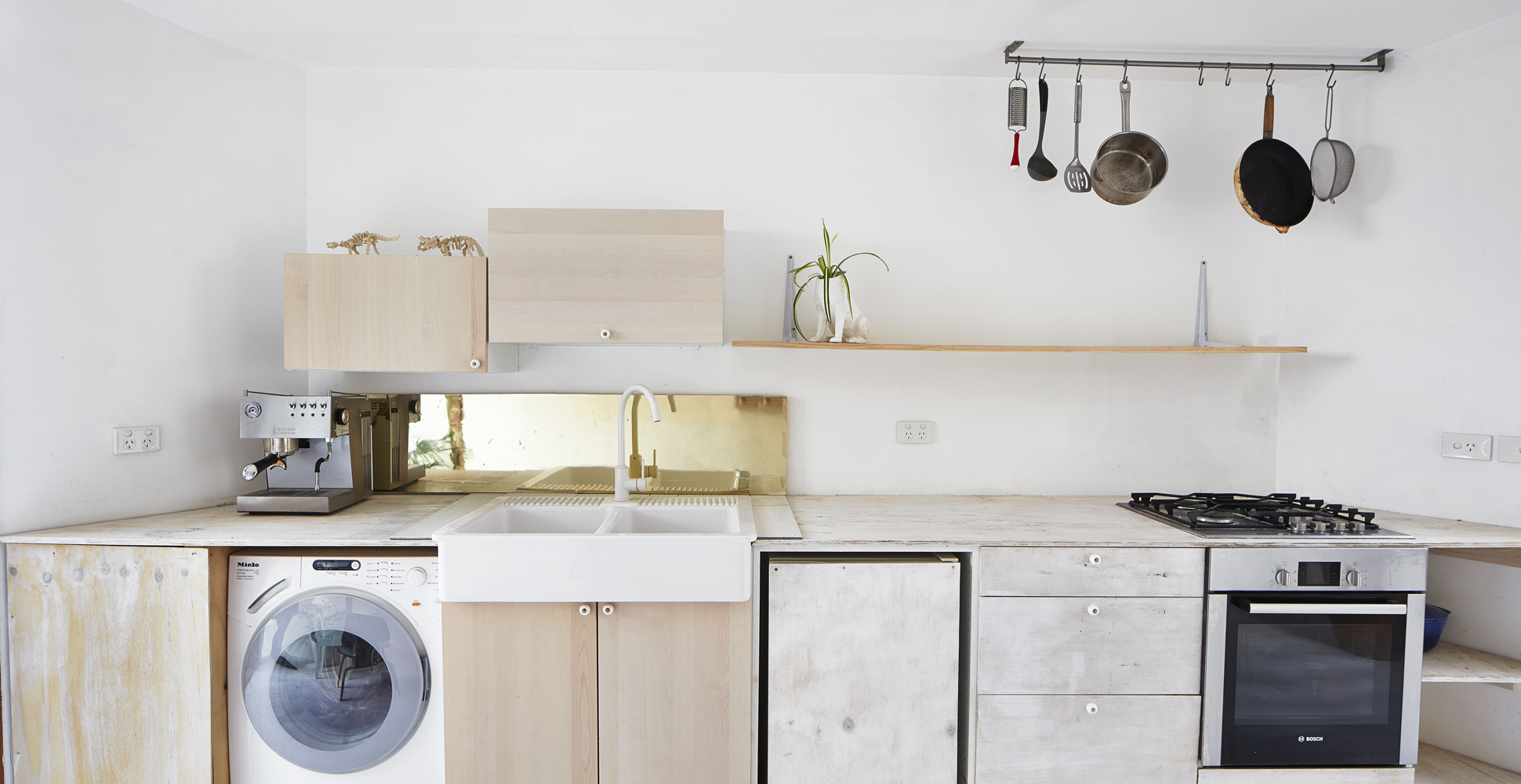 The other trick is reflective surfaces. Gold mirrors are placed in certain locations throughout the house. It's common to use mirrors to make a space feel larger, but gold mirrors have the added benefit of distorting the reflection, making the trick of the eye even more effective. Plus, the gold color creates a warm glow that makes the home feel more welcoming. 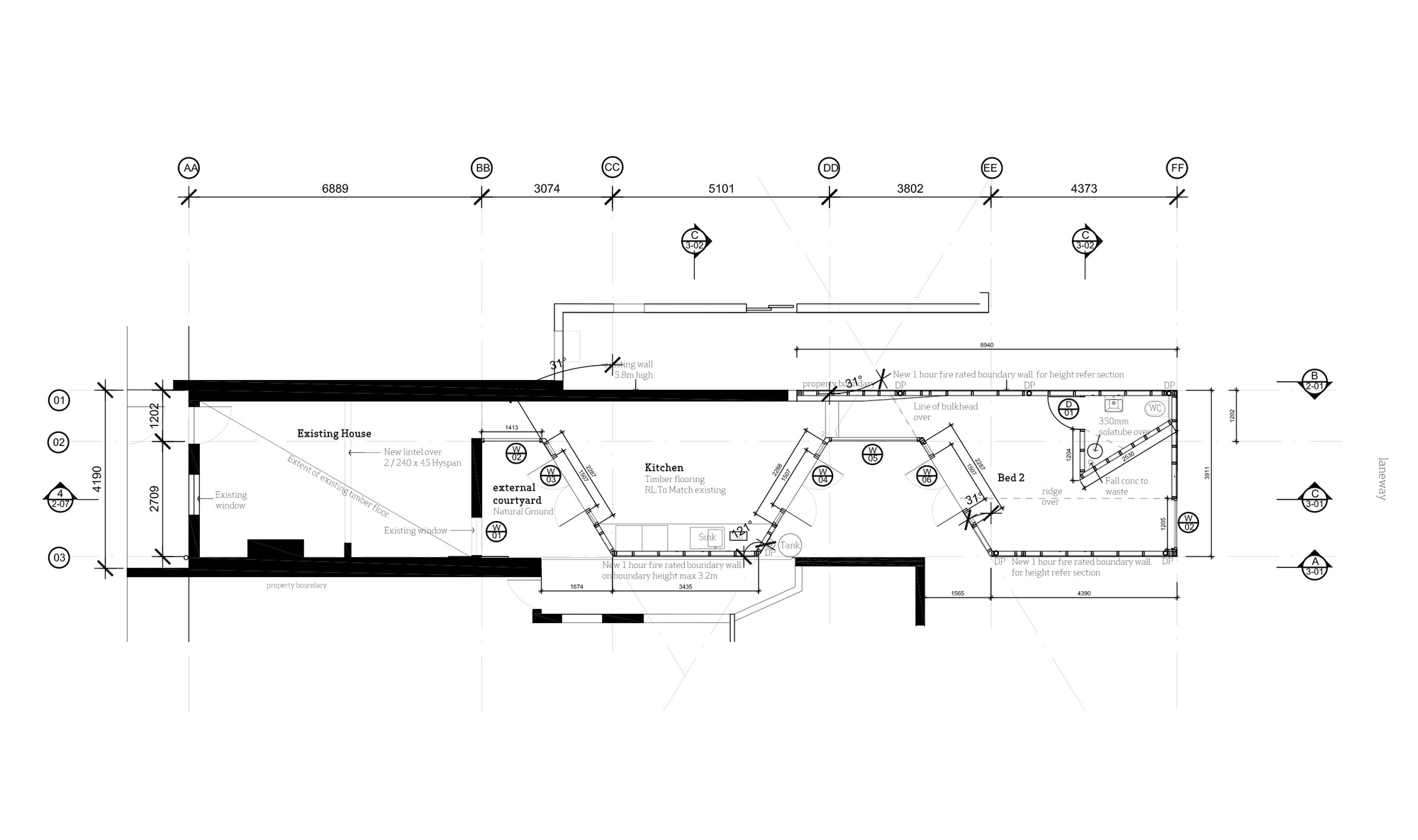 Edwards Moore Architects have transformed the smallest house on the block into the most innovative. Its rough, gritty aesthetic is a perfect match for this Fitzroy neighborhood. It's still a small house, but now it feels spacious, light and airy -- a world away from the dark, cramped worker's cottage it once was.

Faceted angles of the courtyard and reflective gold surfaces give this Doll's House a gem-like quality. Its raw, exposed surfaces and humble materials make it an unpolished gem...