There's a long-standing joke that Tasmanians are a different breed. Perhaps, architecturally at least, it's a fair point, because this house, set in the mountains outside Hobart, looks very different to its mainland cousins... 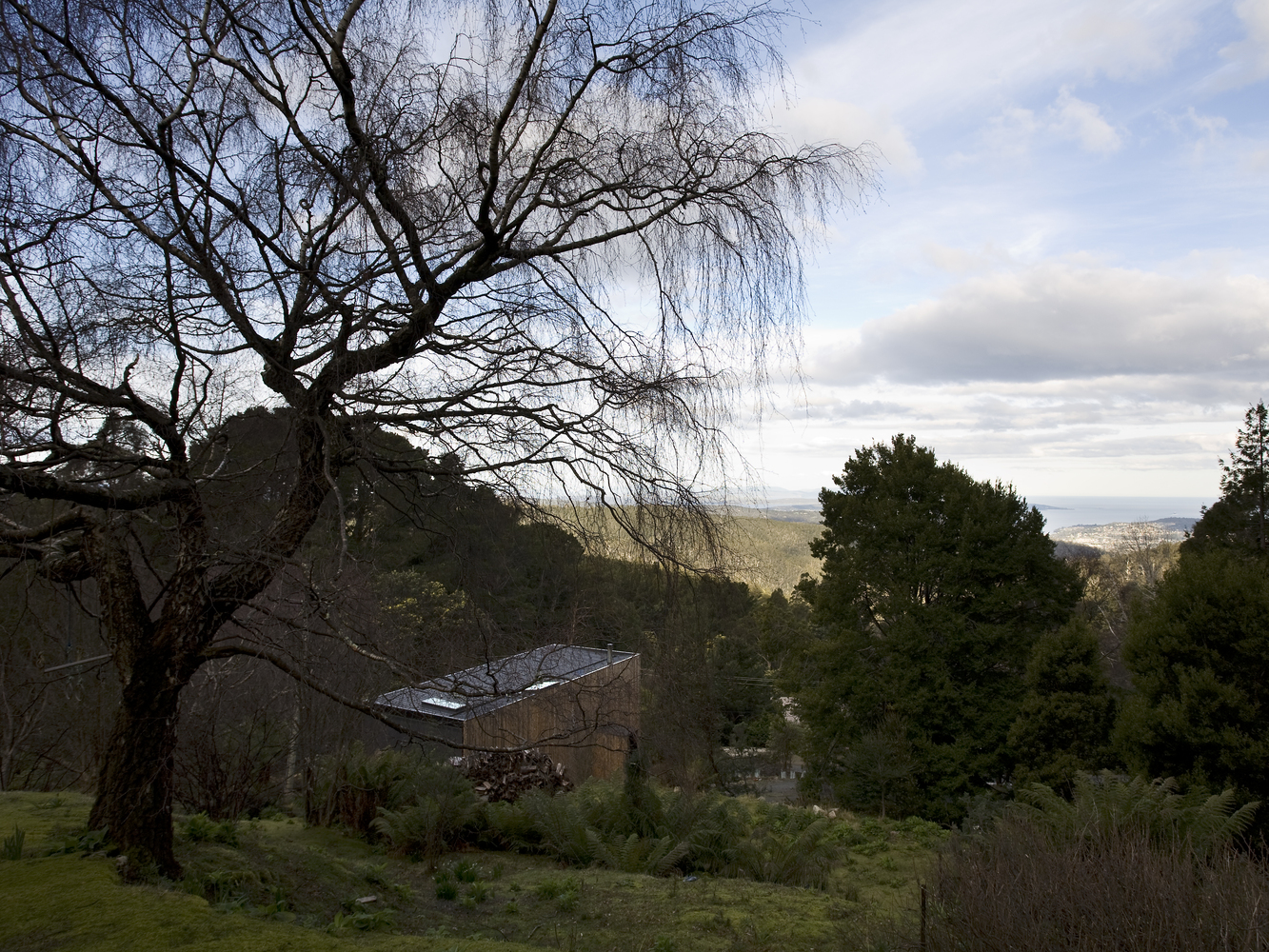 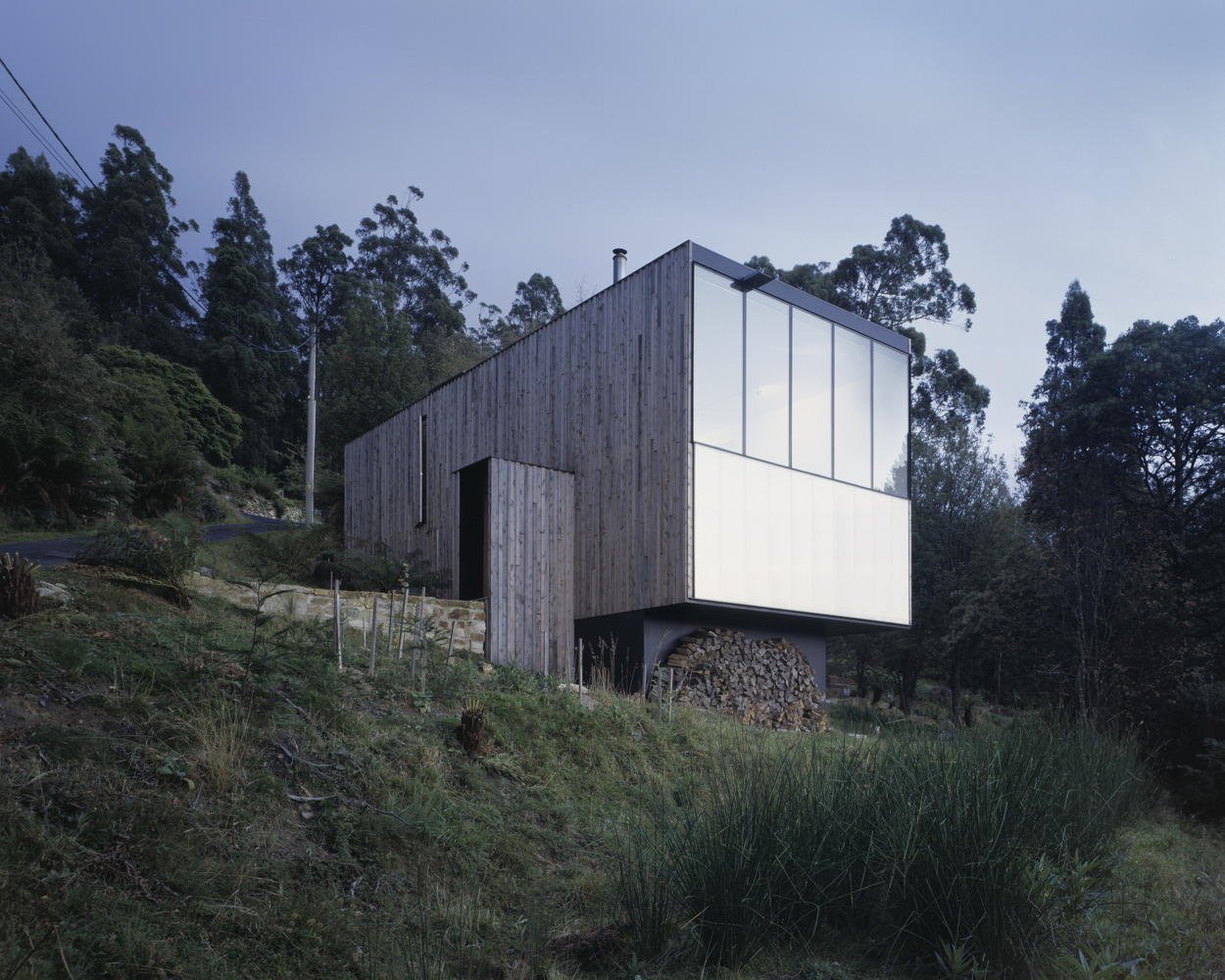 Set on the eastern slopes of Mount Wellington, high above Hobart, The Little Big House is surrounded by a forested landscape and experiences snow in winter. The location of the house takes this into account, positioning the house close to the road for easy access. Though it's hard to tell, The Little Big House is surrounded by established houses and gardens. To deal with this and avoid damaging a magnificent birch tree, the home has an intentionally small footprint and, instead, is "stacked across two levels which step to accommodate the undulating terrain", explain the architect, Room 11. 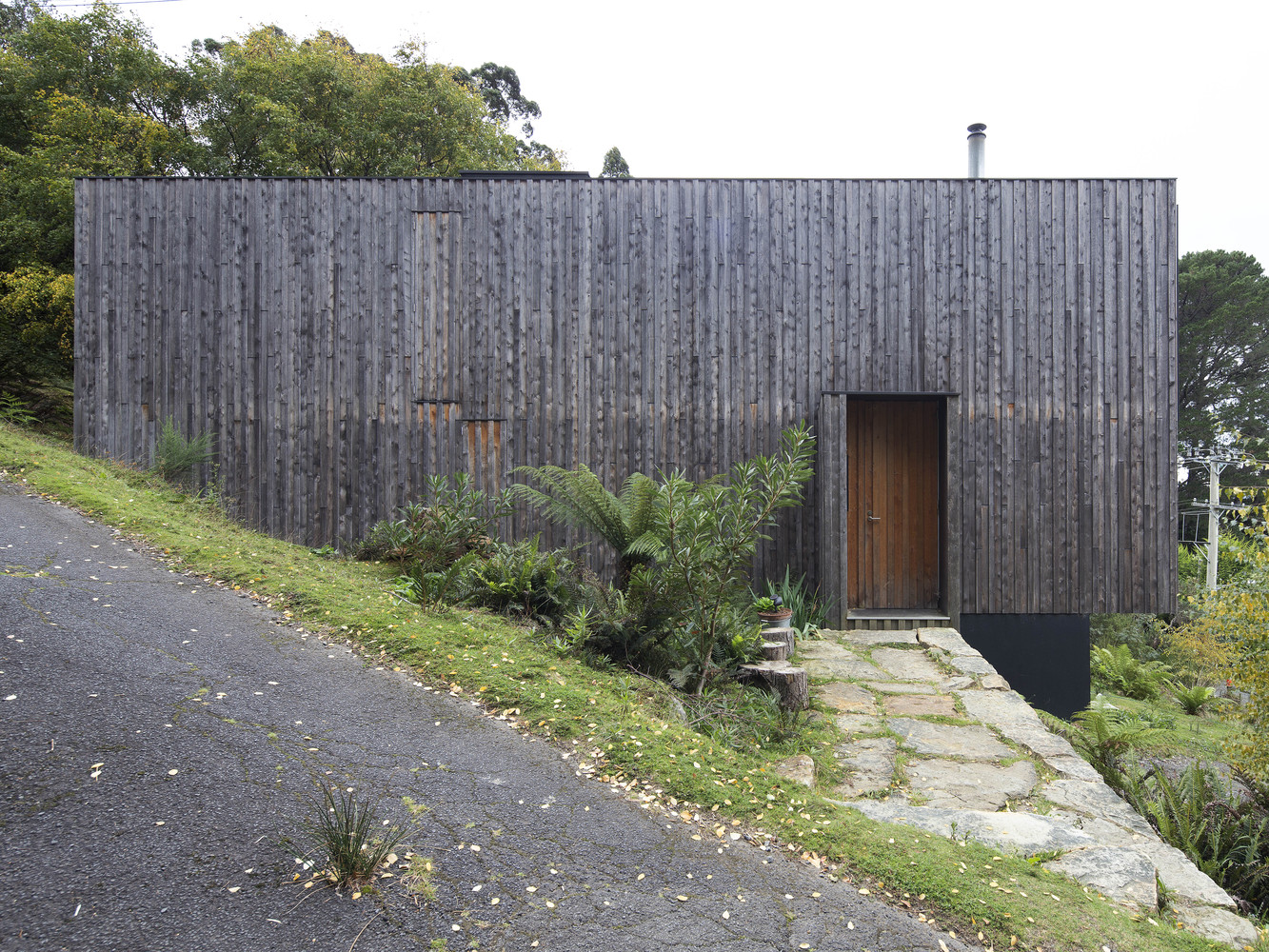 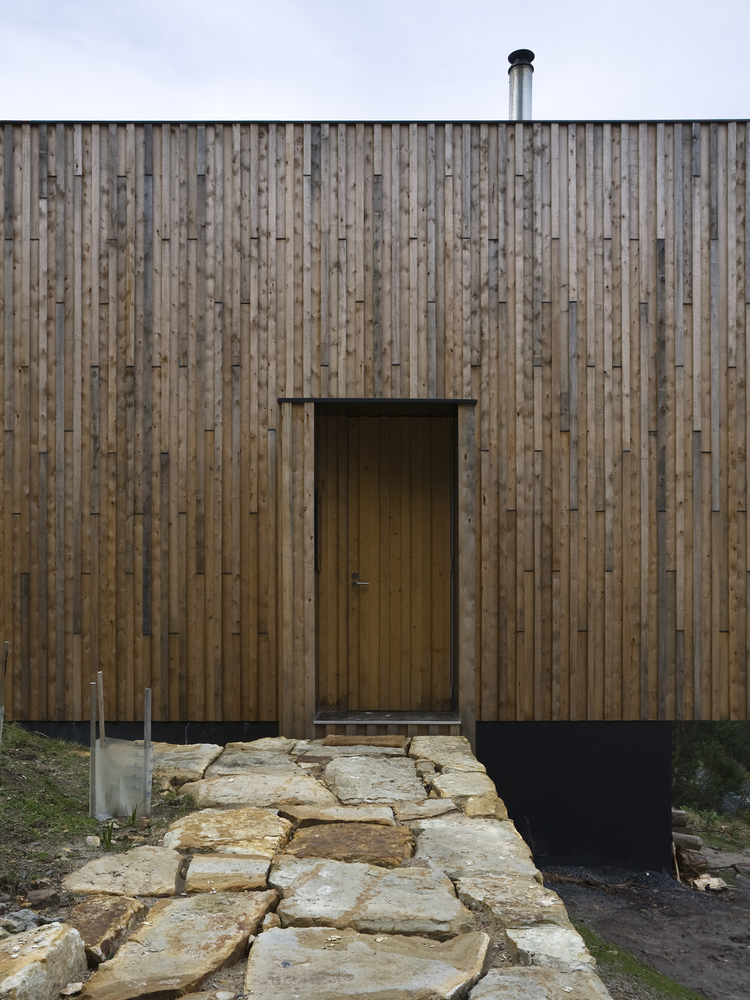 Vertical unfinished timber lines the exterior of The Little Big House, which the architect says is, "continuing traditions of local vernacular building in Southern Tasmania." The front door is set slightly back which allows the timber in that area to retain its golden hue, while the remaining timber silvers with time. 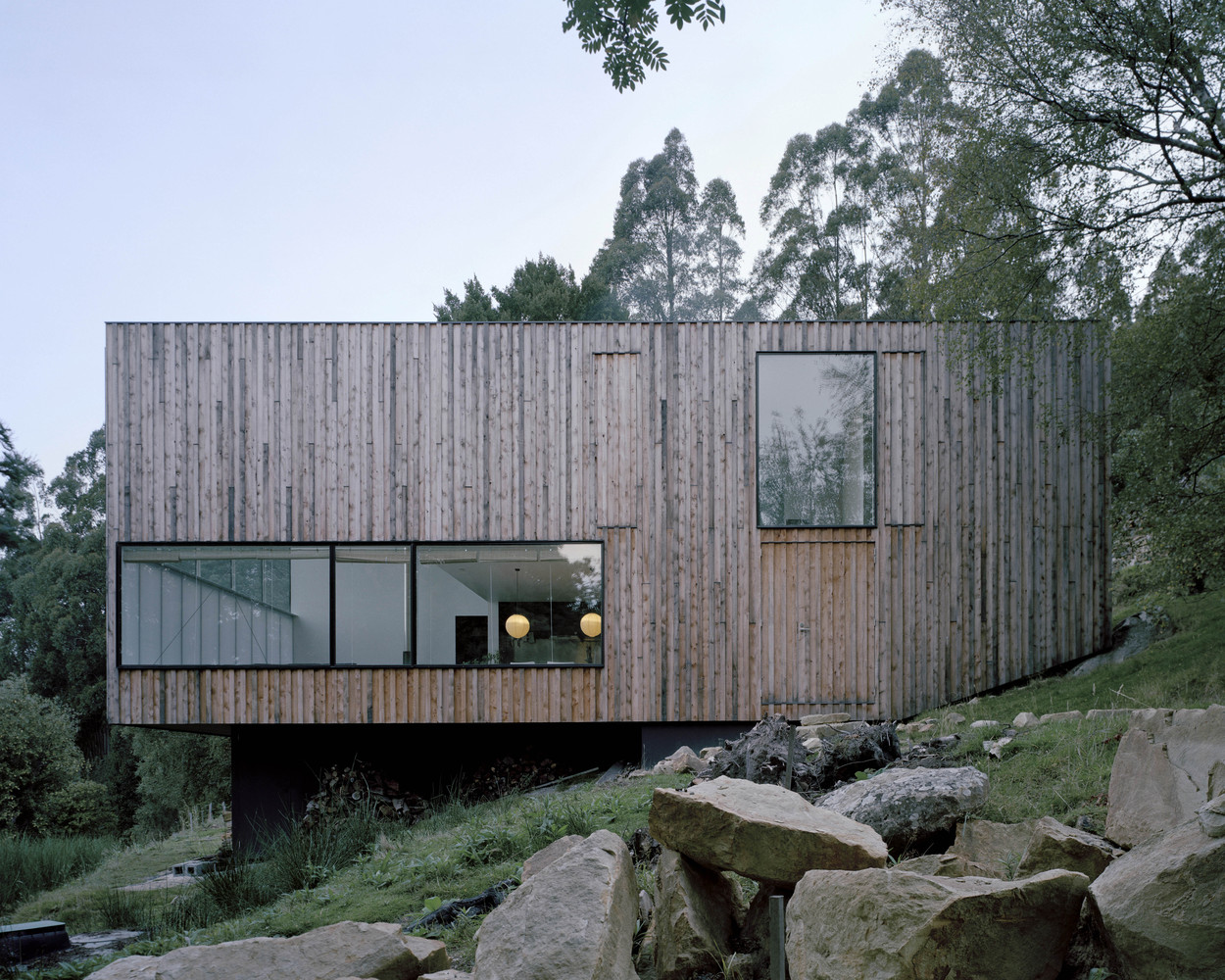 "It’s just a box", says the architect. "A clean volume with two exceptions; a service core and an entry air-lock." 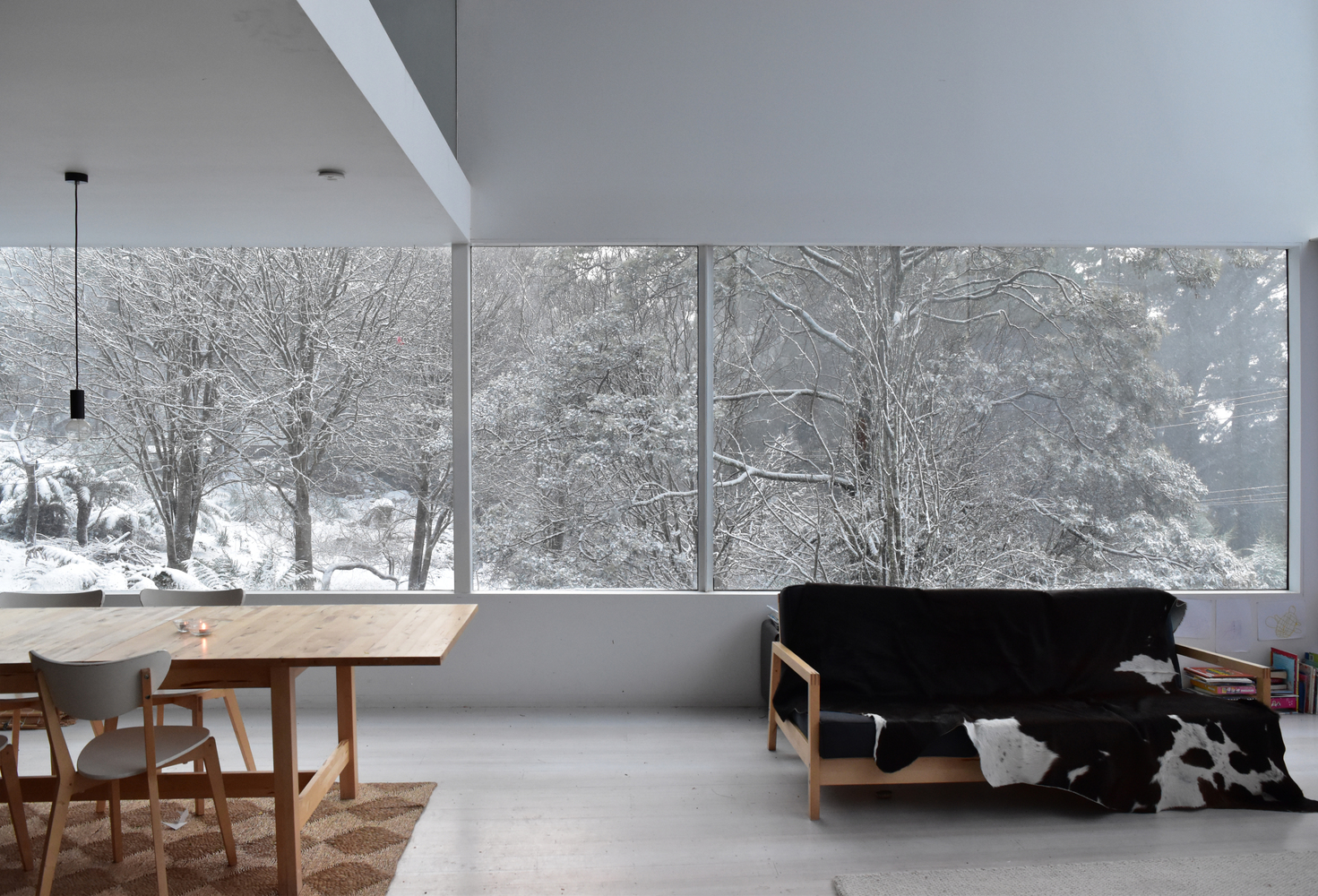 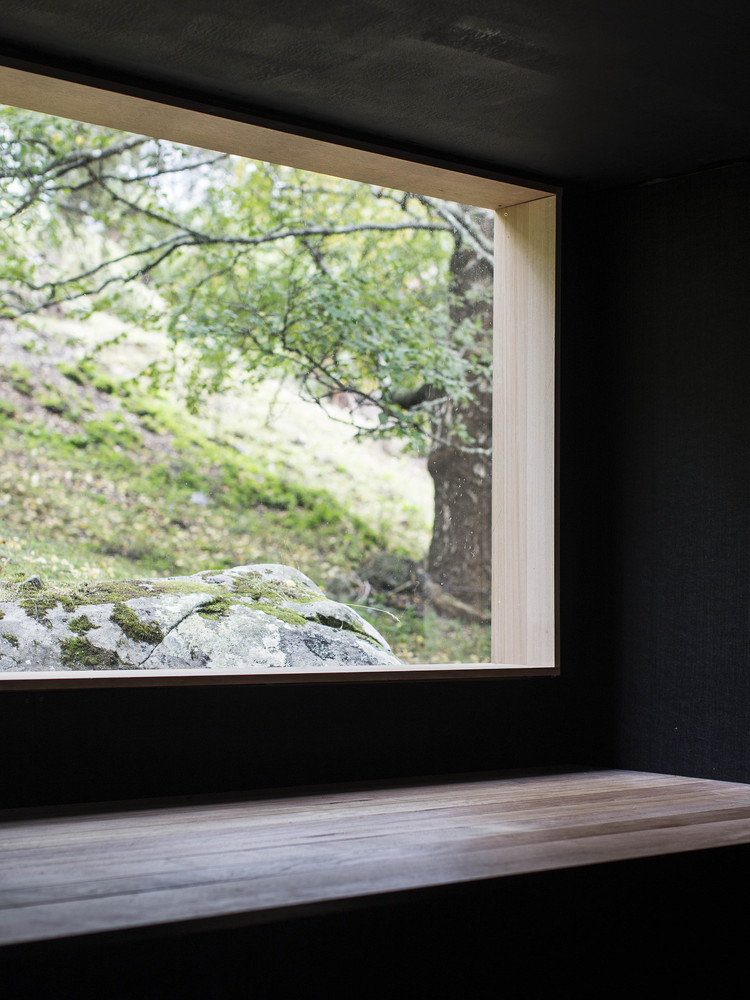 The box is painted uniformly in white to maximise the sense of light and space within the home, while the entry, kitchen and bathroom are painted black to contrast theatrically with the main living spaces. 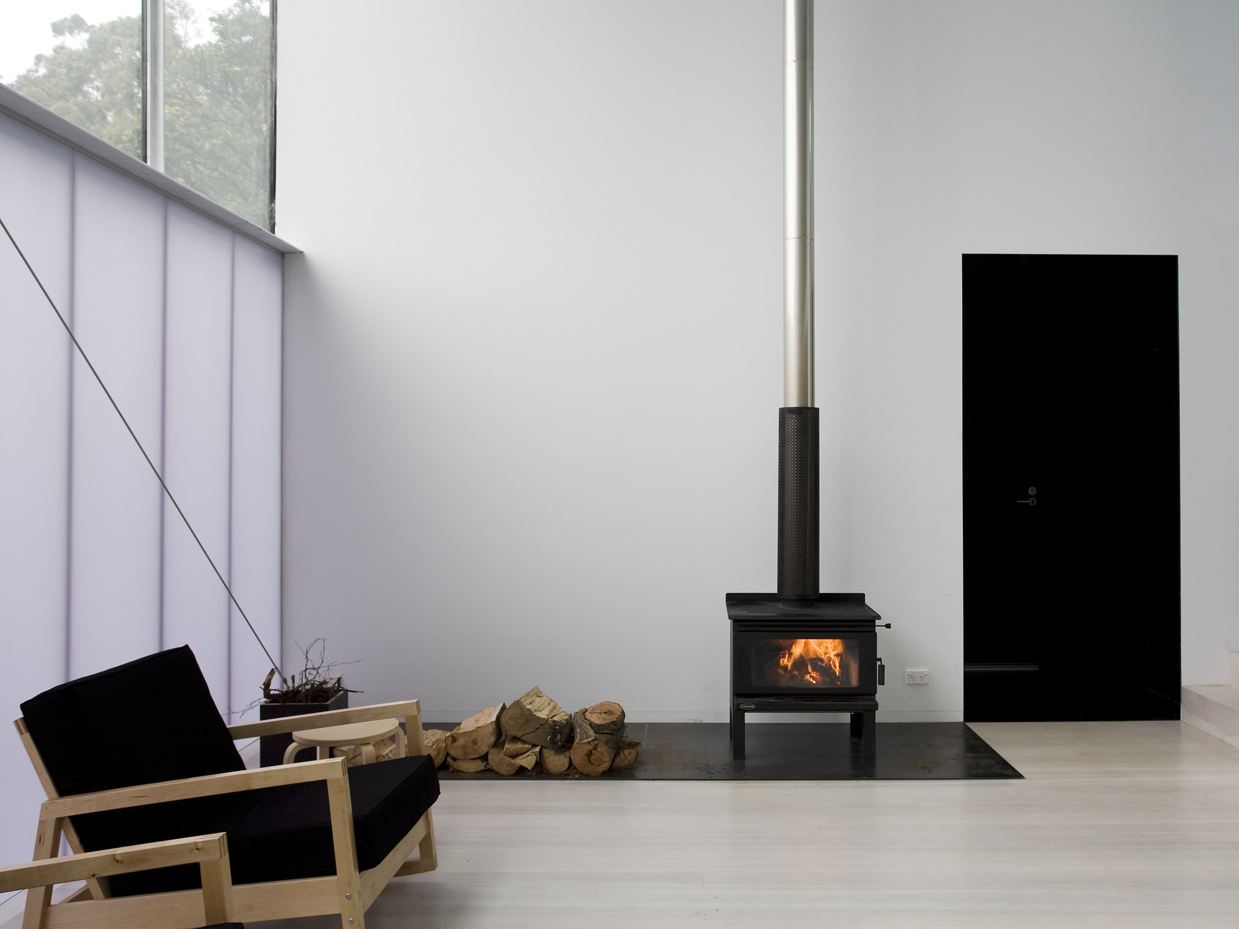 "The house is designed to be intensely private", says Room 11, a response to the extreme climate and to the sense of escape and retreat this part of the world invokes. To deal with the cool climate, this hoe has two main strategies - "hold the heat and find the light." A wood fire heats the home, but that doesn't mean the architect has forgotten about summer. "The house has three full height vents which stand ajar in the summer months providing natural cross ventilation." 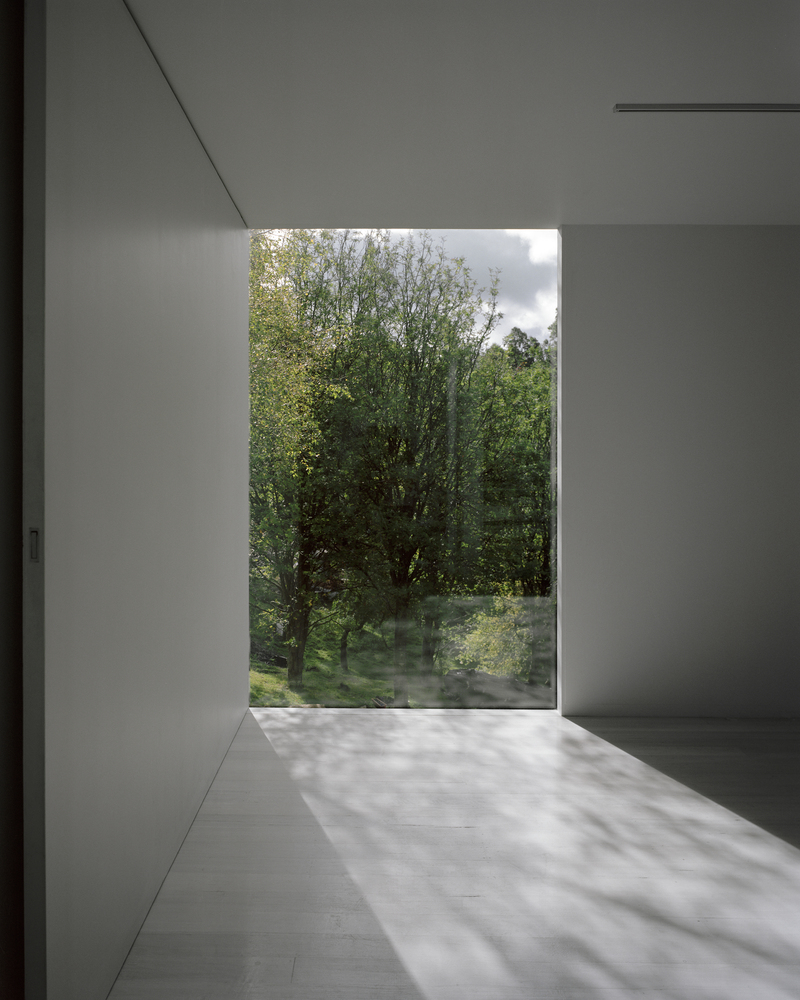 Windows are carefully designed and placed to create pure, geometric openings to either garden, sky or shadow. Polycarbonate cladding on the eastern and western facades allow the walls to glow with light, without sacrificing thermal efficiency or privacy, allowing the home to feel, "concurrently light and contained." 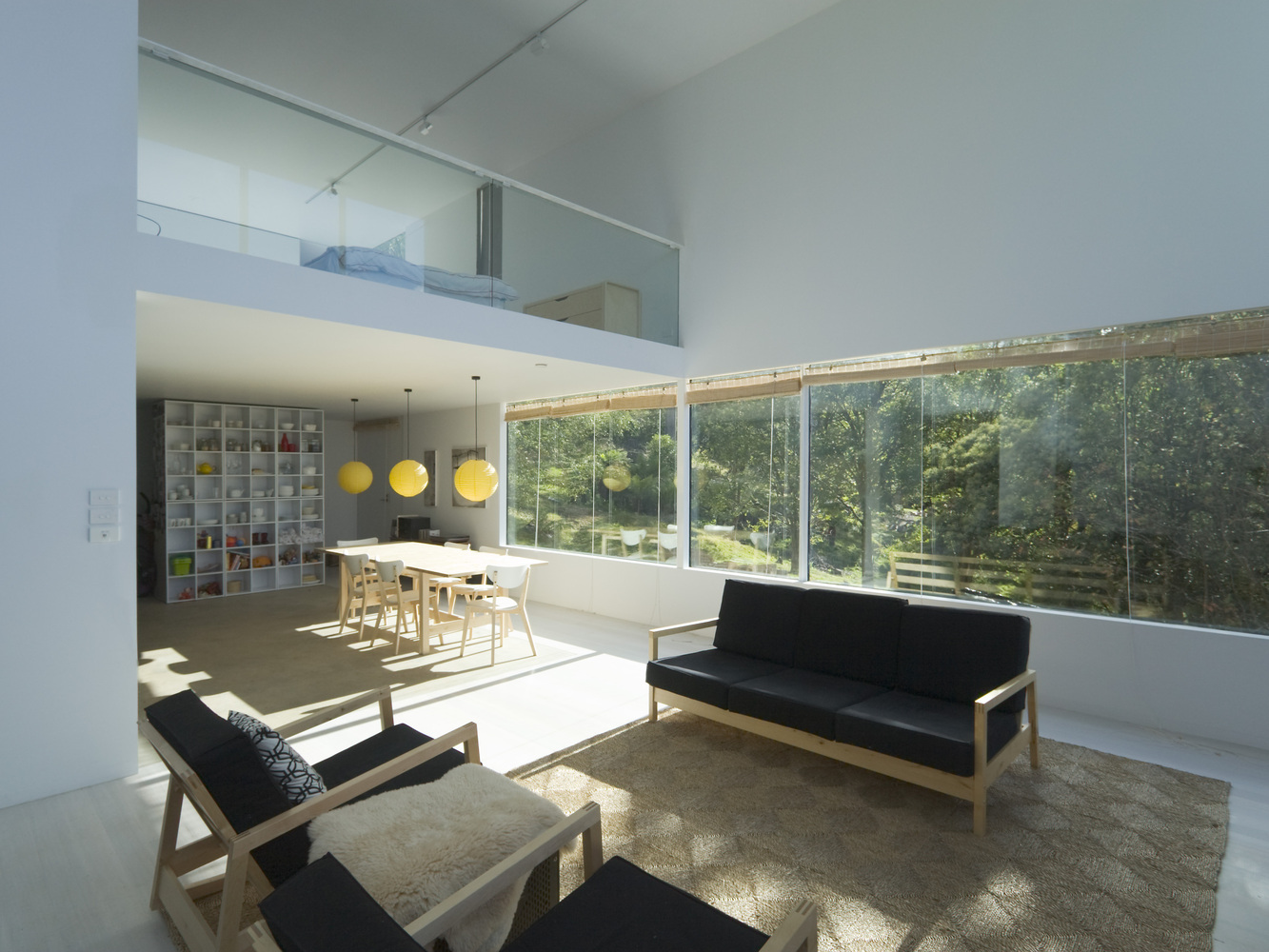 At ground level, views are restricted to the garden immediately to the north, with the living and dining areas running along an elongated strip window. But on the mezzanine level, long views to the southern horizon are revealed. 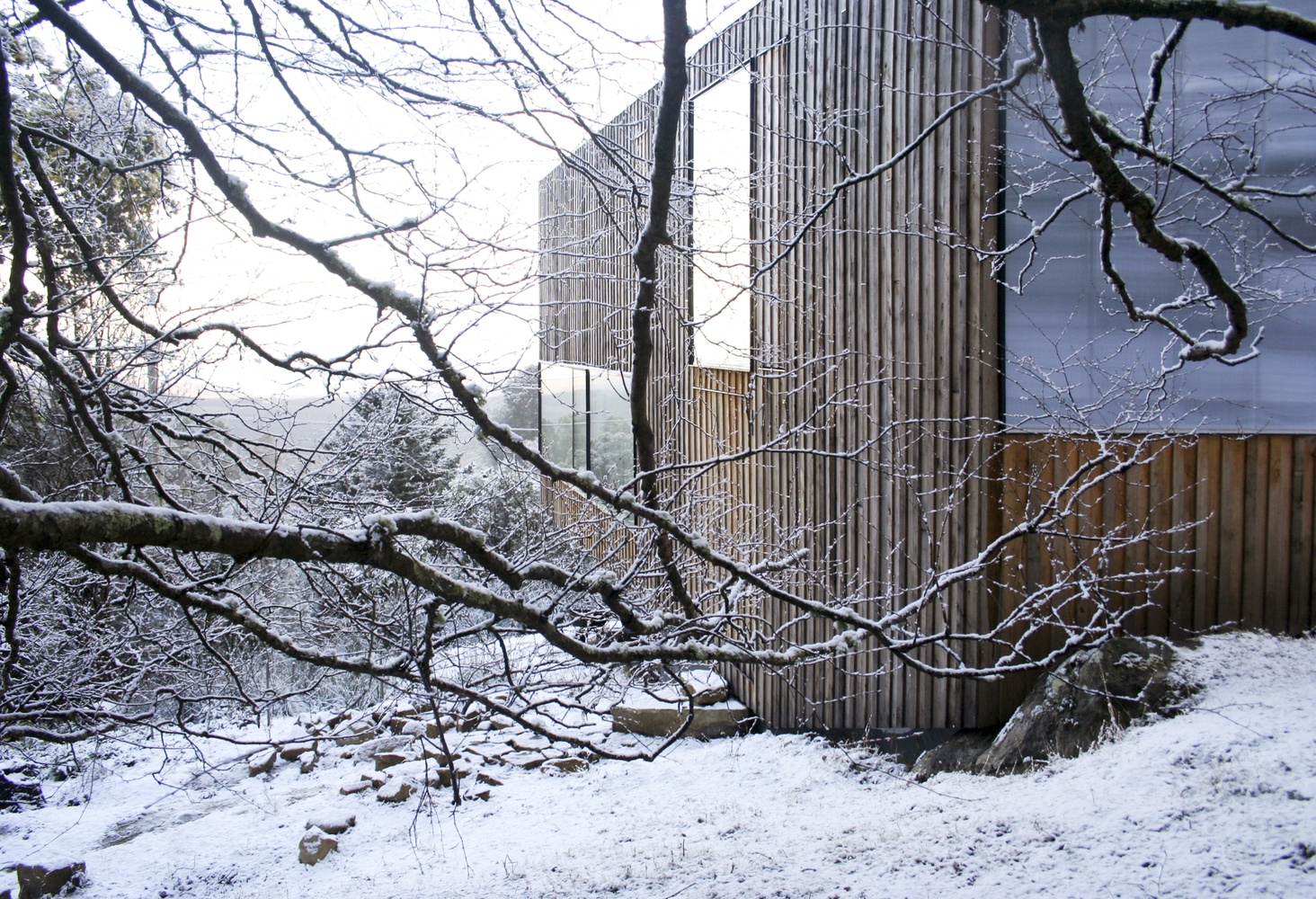 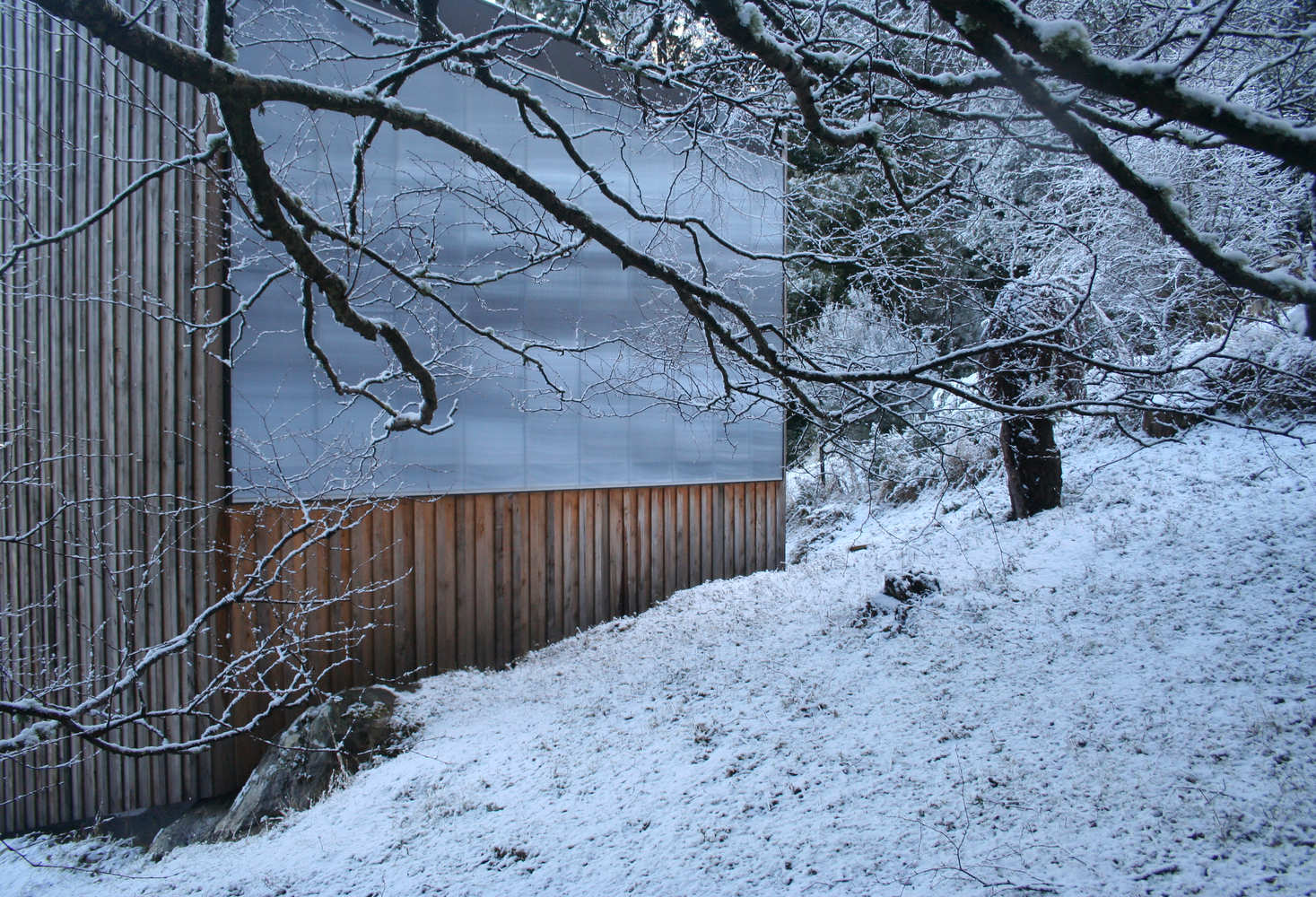 "A small home with big volumes, the house is a bespoke building in a cool climate. Eschewing many of the traditions of Australian architecture, this house is distinctly Tasmanian." 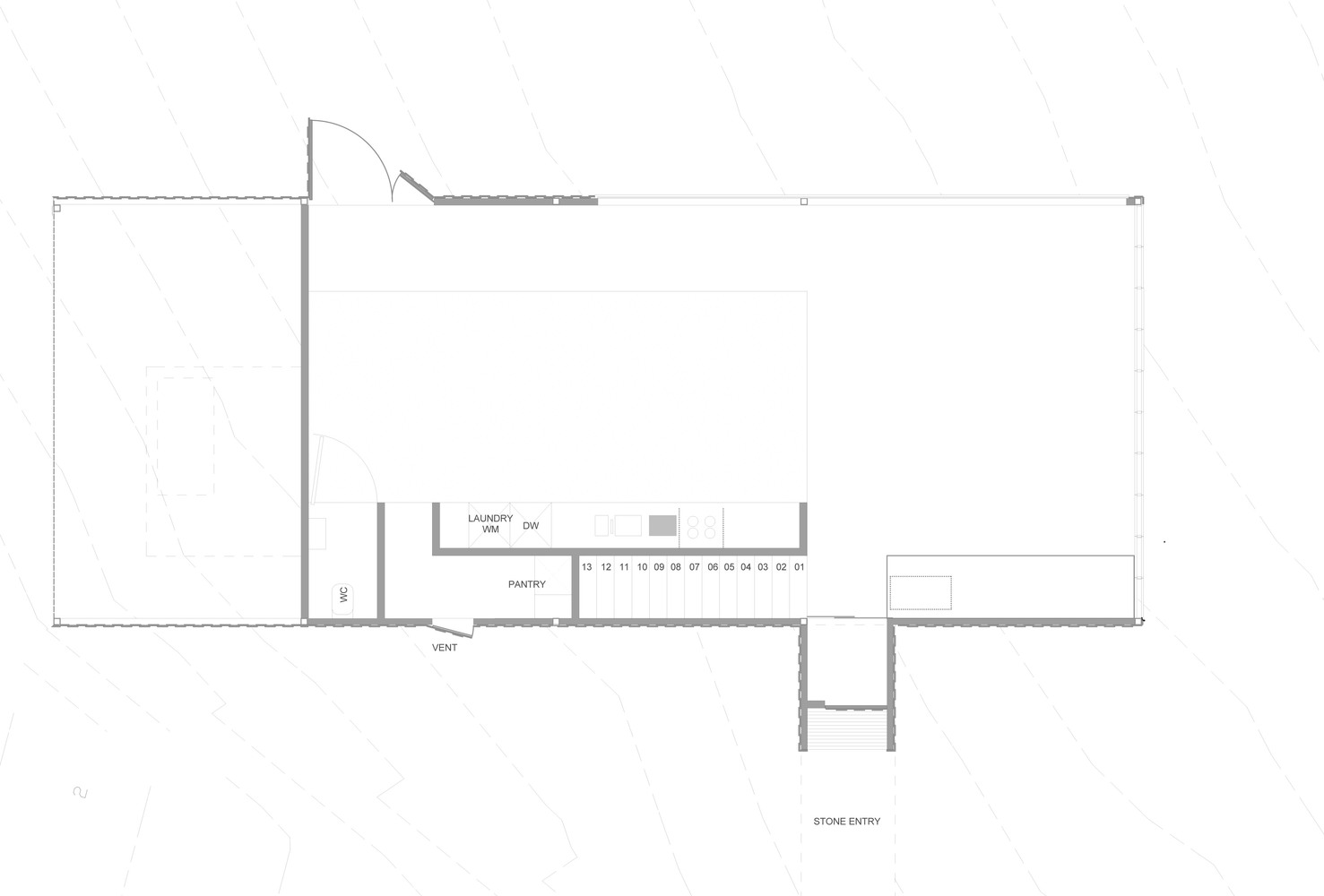 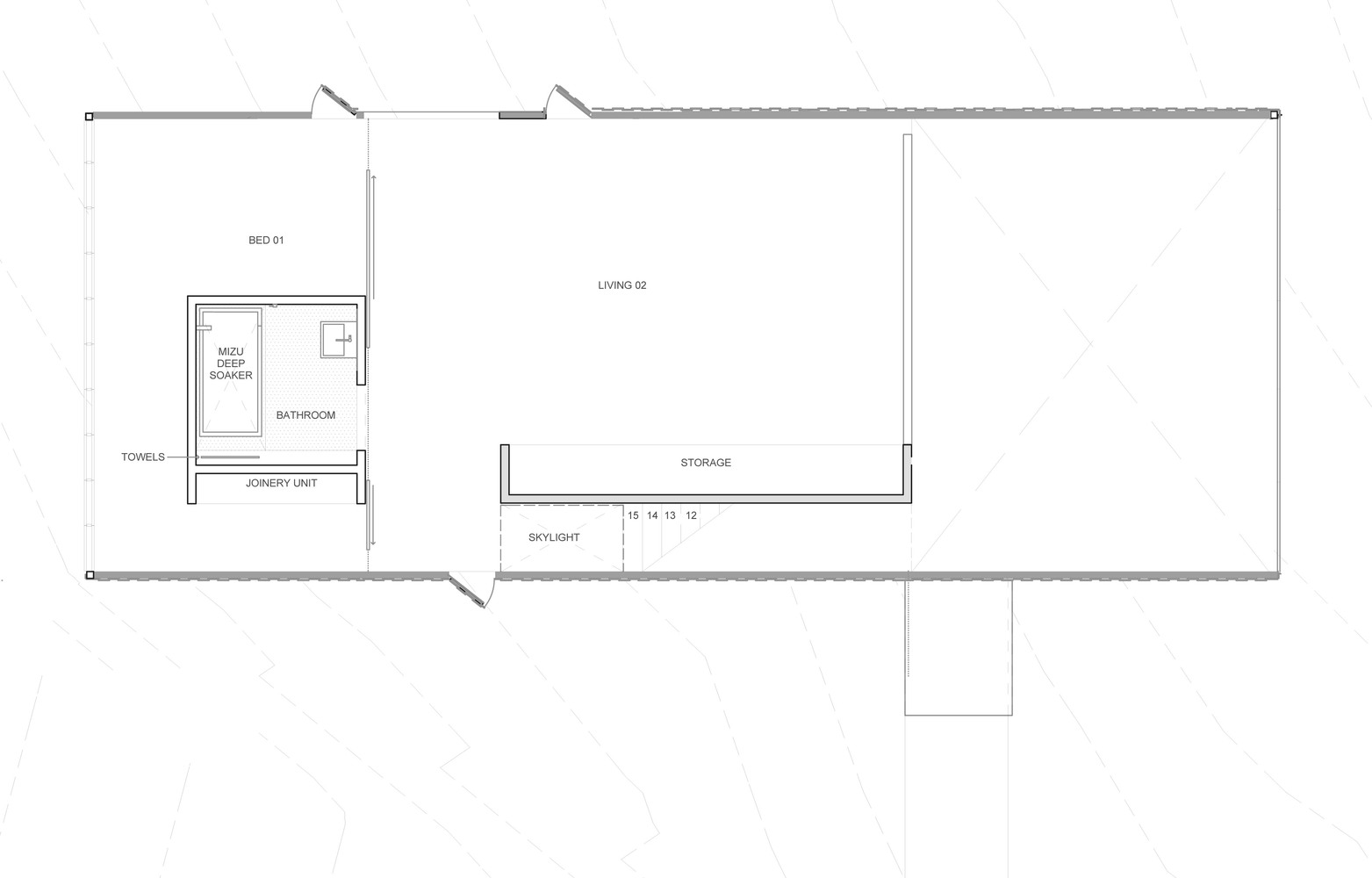 Tell us what you love about The Little Big House...