This family lived in an old weatherboard home on their block in Seddon for 10 years before they decided to demolish and rebuild, giving them plenty of time to fall in love with the neighbourhood and understand the quirks and potential of their site. It also helped that the owner is an architect and co-director at Antarctica, allowing for plenty of creativity and a design that makes the most of every square centimetre of their site...

With a growing family, Nicola Garrod and her family knew something had to give and it was time to build a new home to replace their falling apart weatherboard. They loved their street and neighbourhood, but their new home would have to grab the sunlight, better utilise garden space and be economical for the owner-builders. With five neighbours and strict planning controls, achieving all this would be a challenge, but one Nicola was up for! 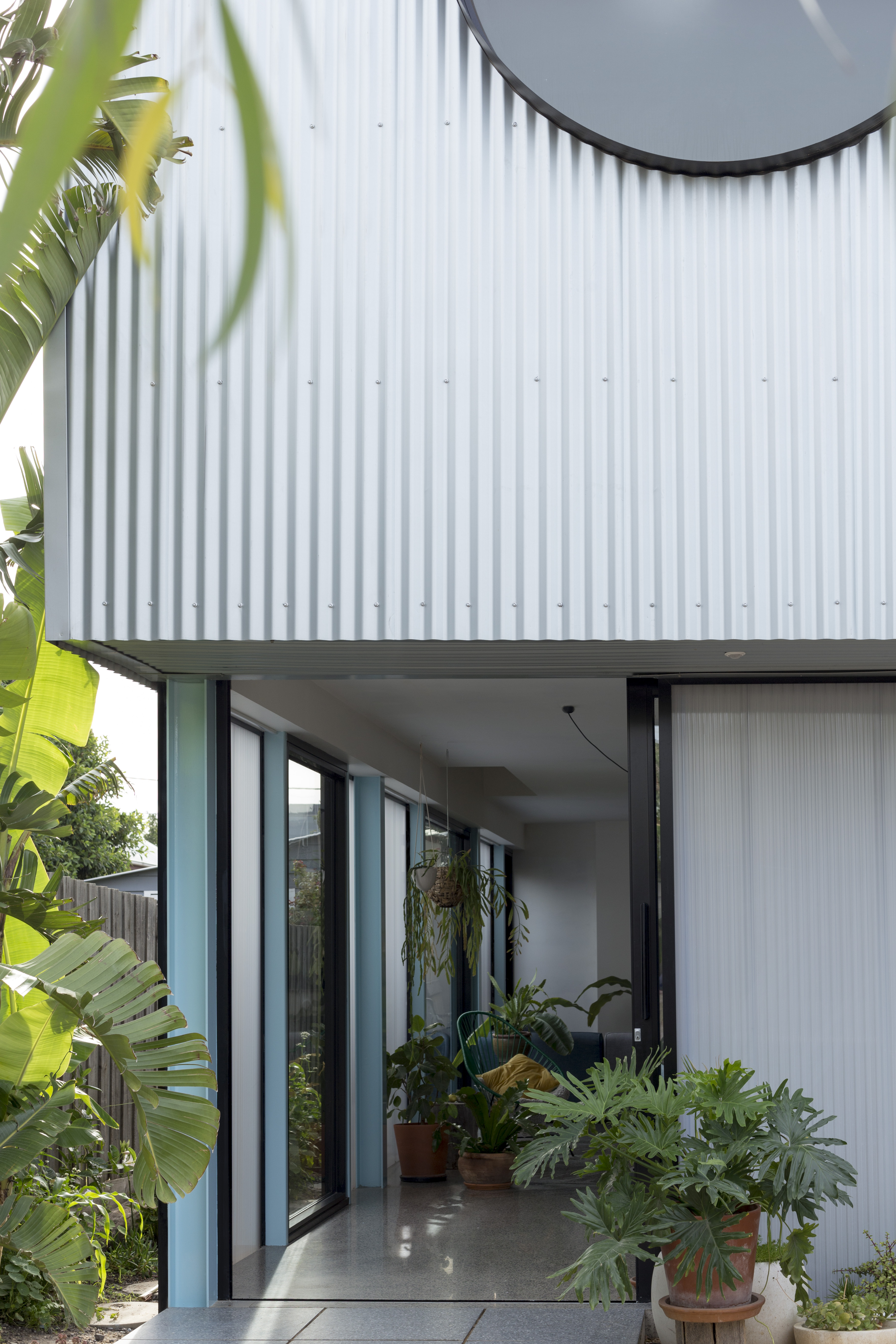 The ultimate design literally flips the script, by placing the new home at the rear of the block meaning their backyard is their frontyard! This unorthodox, but genius move meant the house is not overshadowed by the neighbours and vice-versa and there's another benefit: looking through the living area of the long, narrow home you feel surrounded by greenery! "It almost feels like a rural setting", Nicola says. The reverse site placement also created a much more private garden, the opposite of what you'd expect, as it prevents overlooking from some neighbouring apartment buildings. Plus, having the garden at the front means the family feel more connected to the neighbourhood they love. 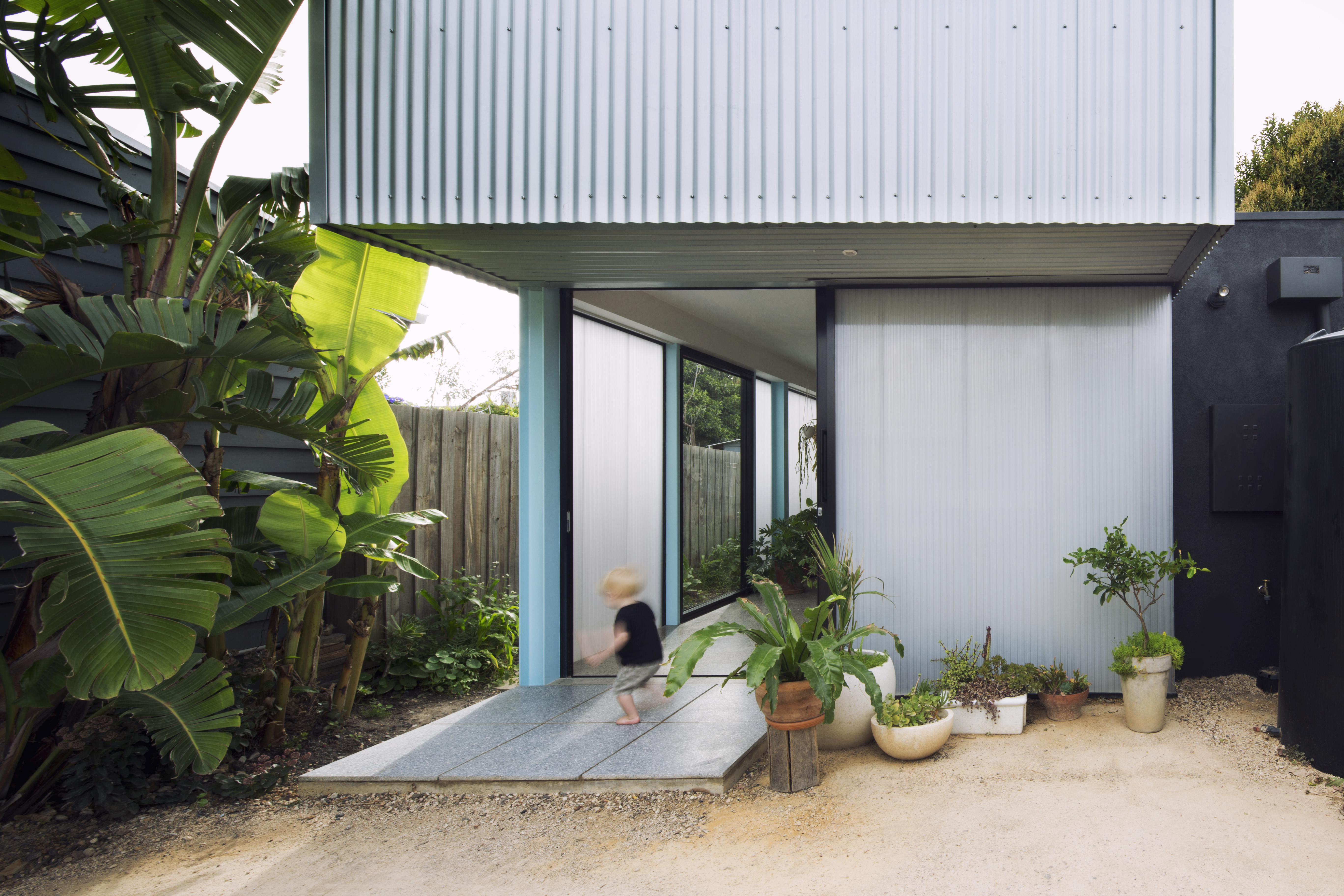 The form of the home, looking a little like an urban barn, is based on the required building setbacks under the Victorian planning guidelines, ResCode. The angled upper storey lets the maximum amount of sunlight into neighbours' yards. And, while it might look expensive to build all those angled surfaces, Nicola used a portal frame construction often used in sheds and actual barns to create a strong steel structure that manages those angles effortlessly. 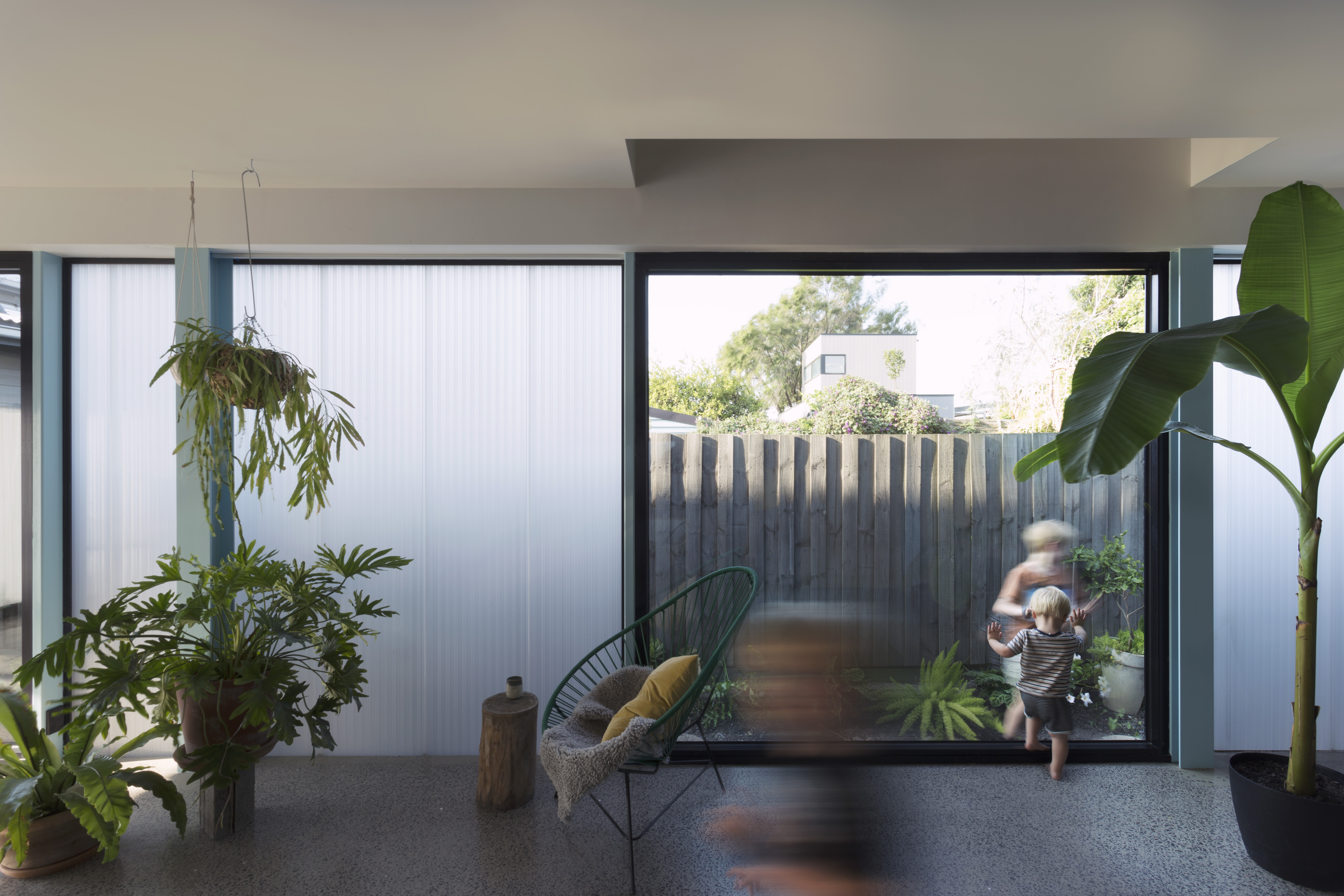 A unique material choice on the ground floor means the living areas are like a greenhouse. The polycarbonate panels are completely translucent, letting beautiful diffuse light into the home. "The plants love it", explains Nicola! Virtually the entire northern side of the home, as well as the west overlooking the garden, is translucent or glass, making the home feel light and bright, year-round. The panels are insulated with airgaps built in, giving them the same insulative properties as a weatherboard wall. This was important for the project to meet energy efficiency standards and ensures the home stays warm in winter and cool in summer. A large overhang of the upper storey to the west protects this face from the heat of the afternoon sun.

Windows are carefully placed to take in views of the garden or sky to take in the entire block, so the tight site and compact home feels much more spacious than its actual square meterage. 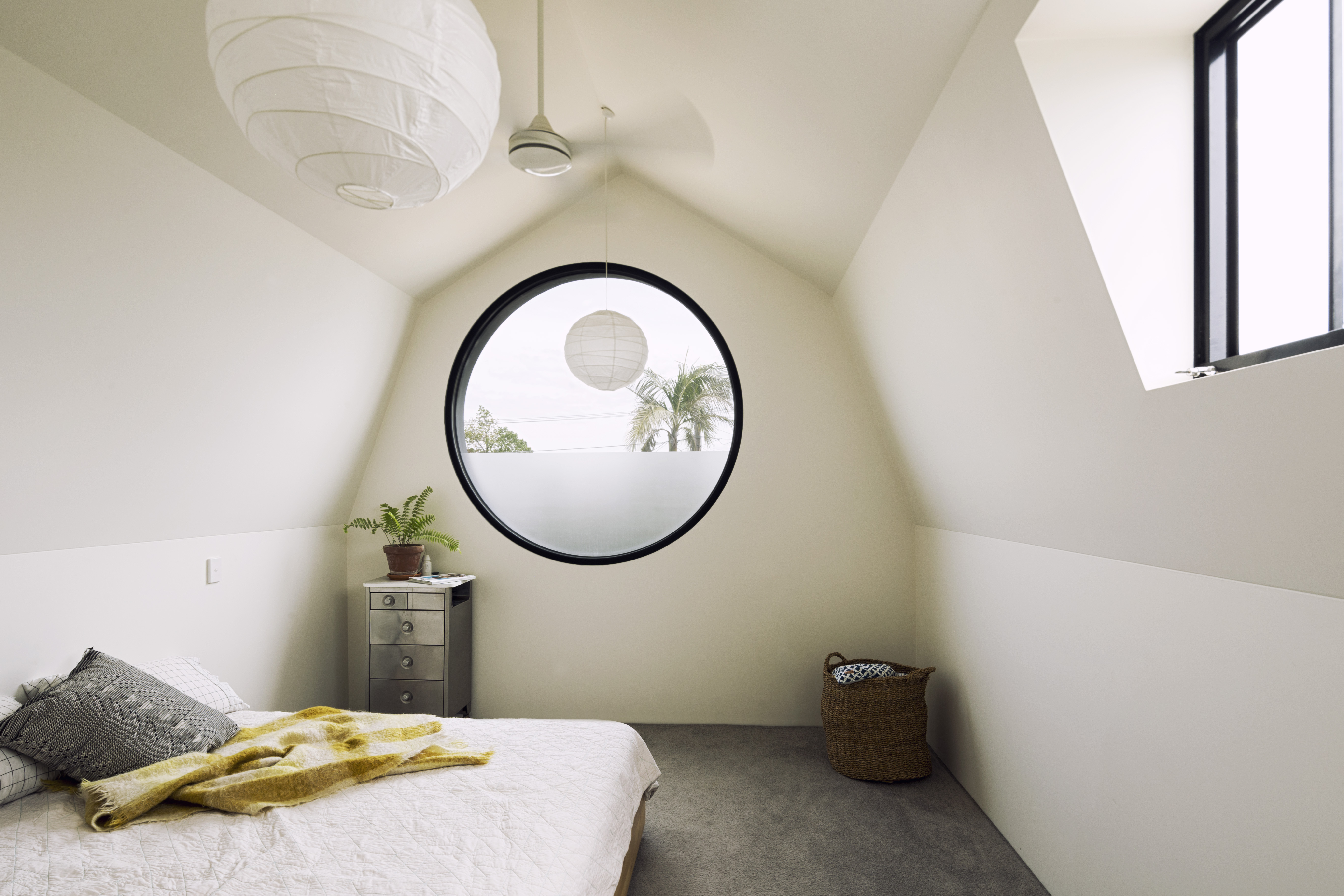 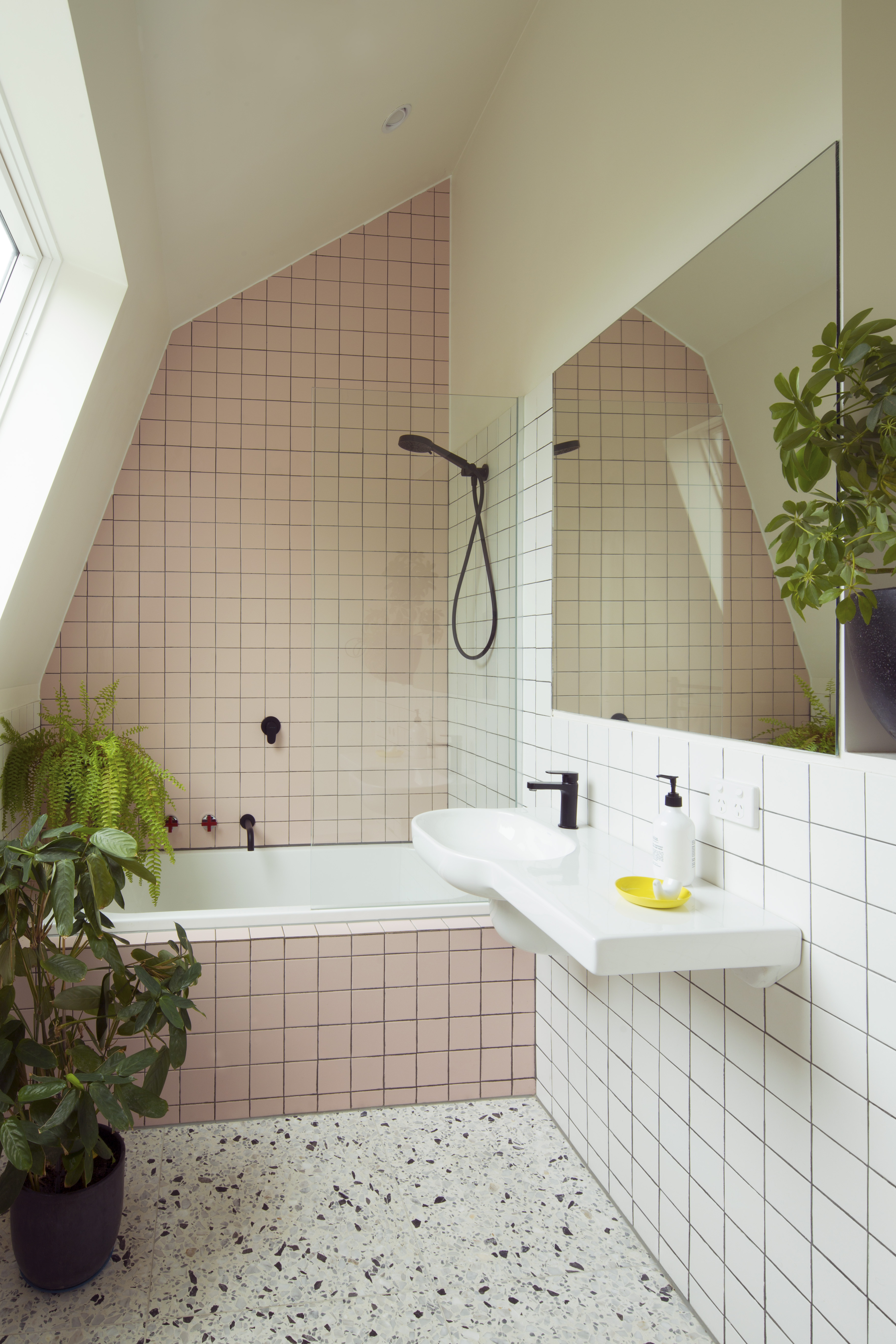 Upstairs, the bedrooms feel cocooned by the angled walls and, despite some tight clearances, the additional height creates generous-feeling volumes. Initially, Nicola was worried that her tall husband might feel the low springing heights of the walls were too low, but it's been fine! 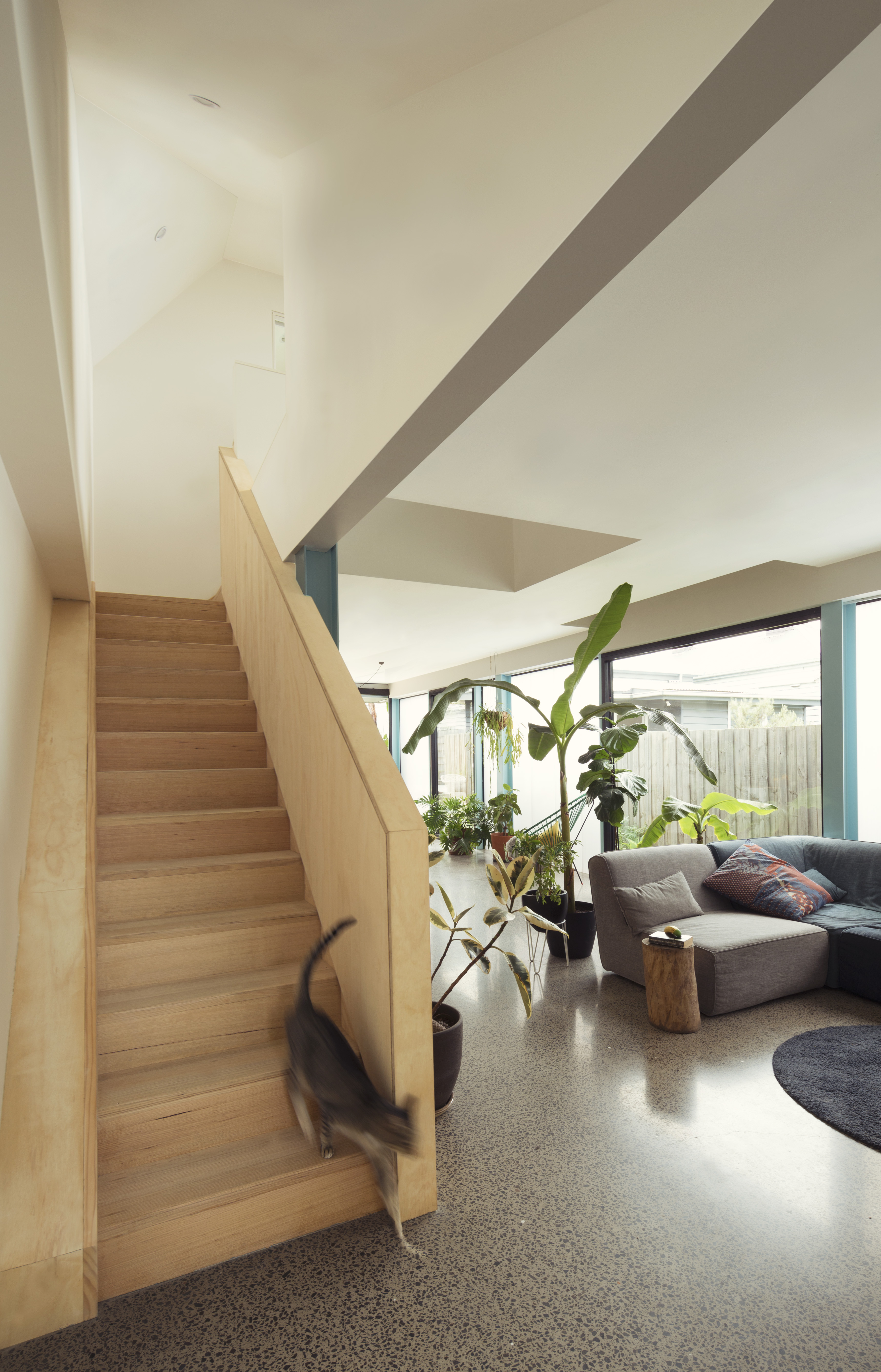 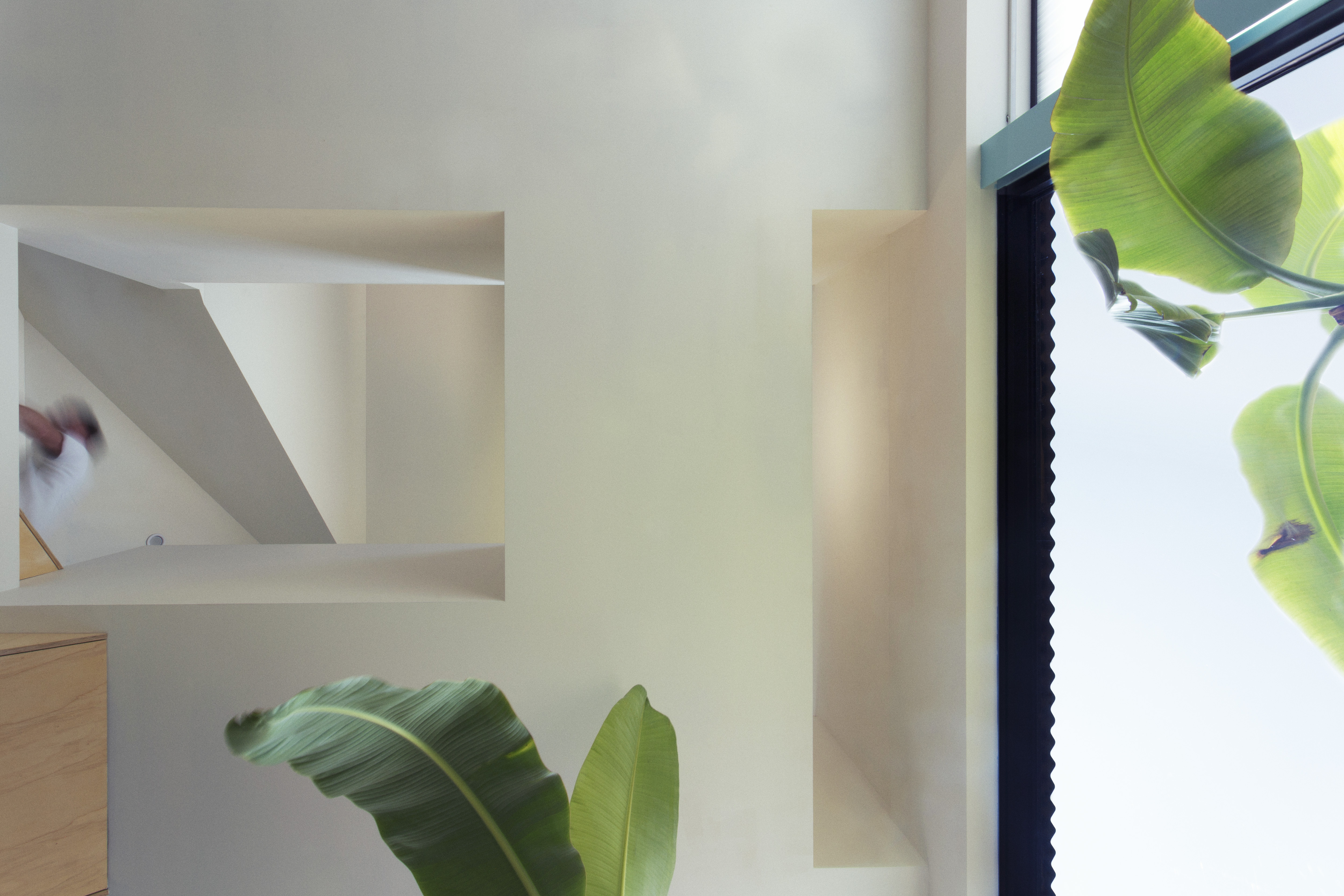 Another key move was a central void which lets light into the lower level from above. This creates a "great sense of space and volume", explains Nicola. With a large highlight window above, light spills down and thanks to the relatively high ridgeline, they achieve a 7-8 metre void. That's a lot of bonus volume! A bridge connecting the two upstairs bedrooms is a great way to connect the two levels and, as an added bonus, the plants have started growing up through the void space, bringing some of the greenery upstairs. 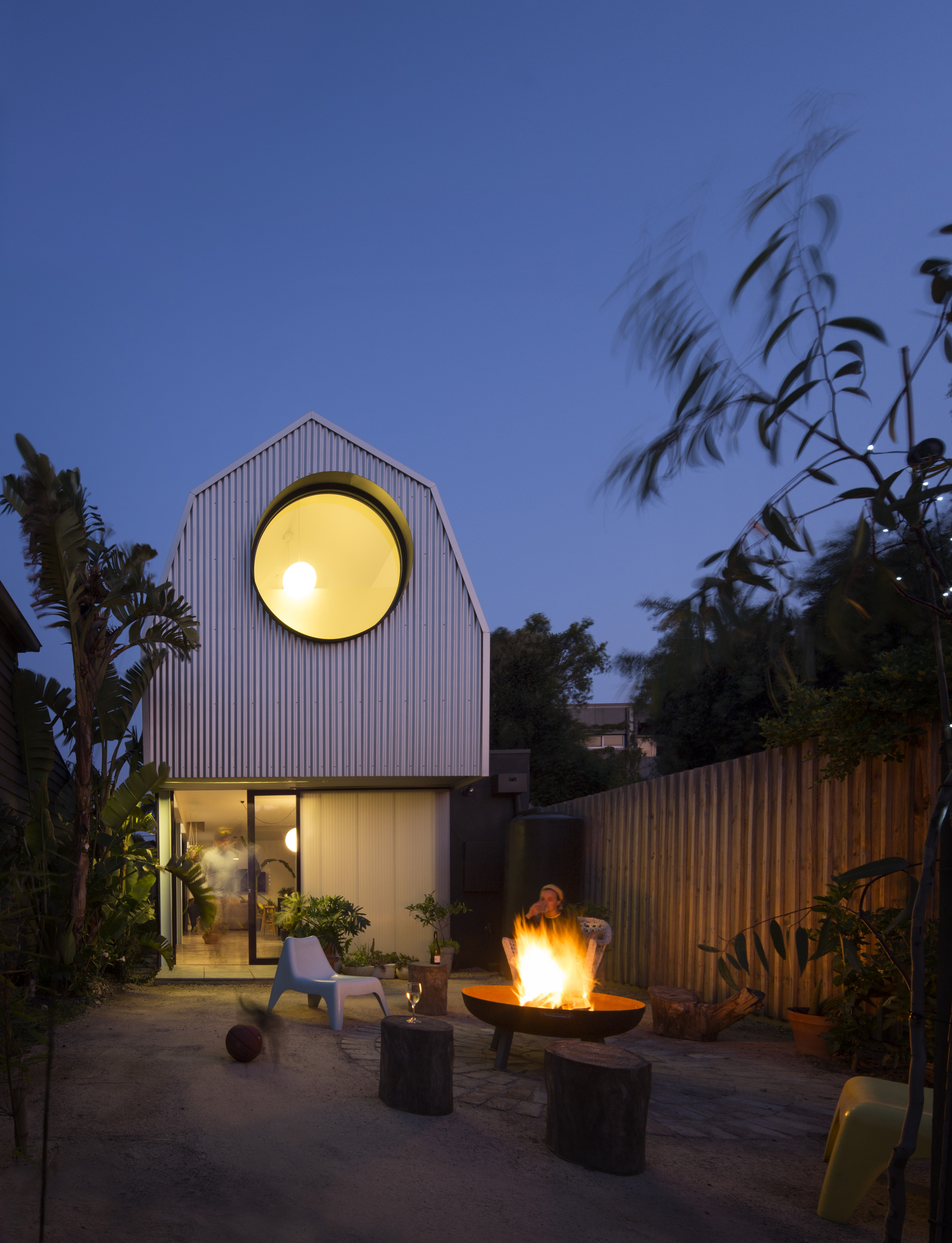 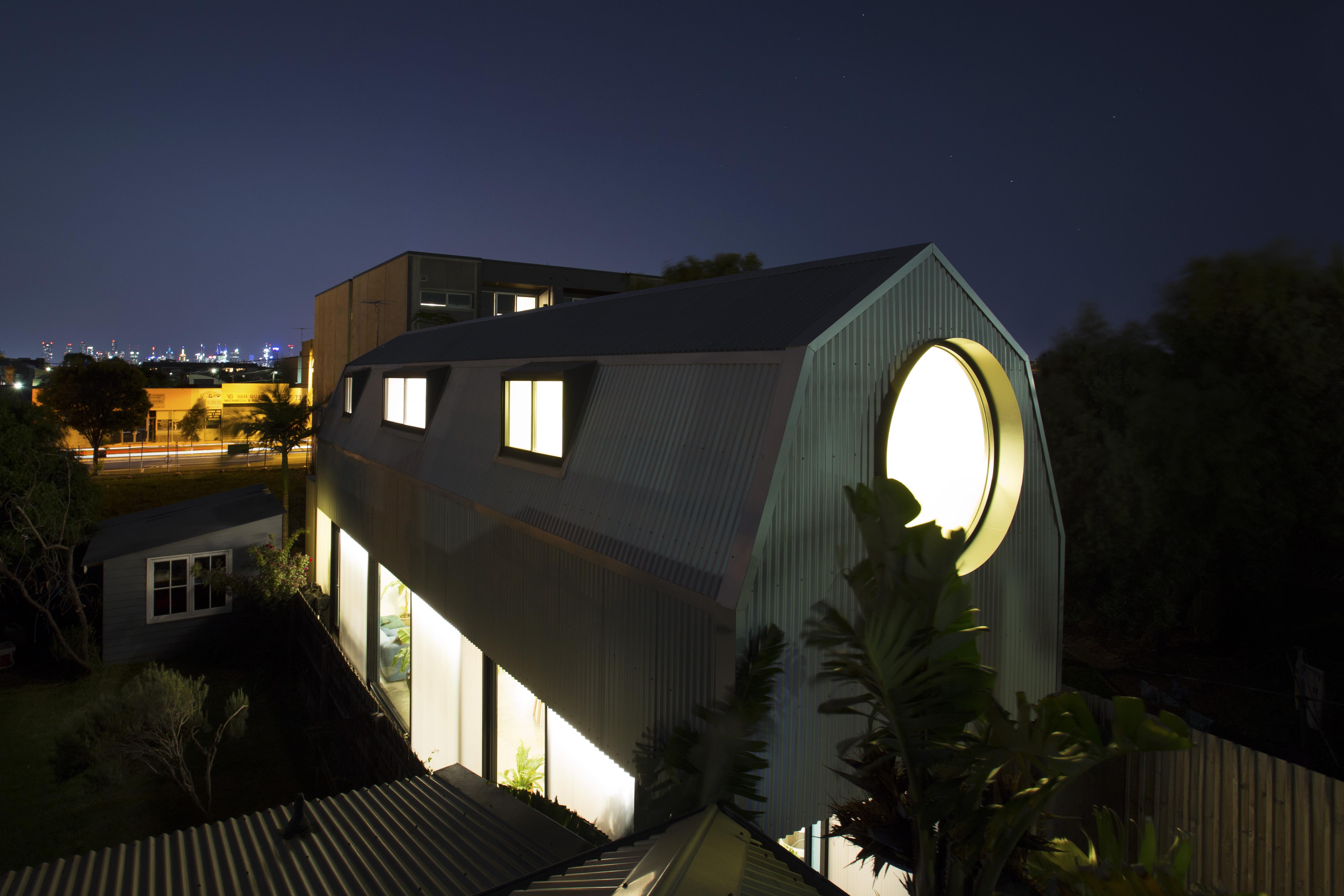 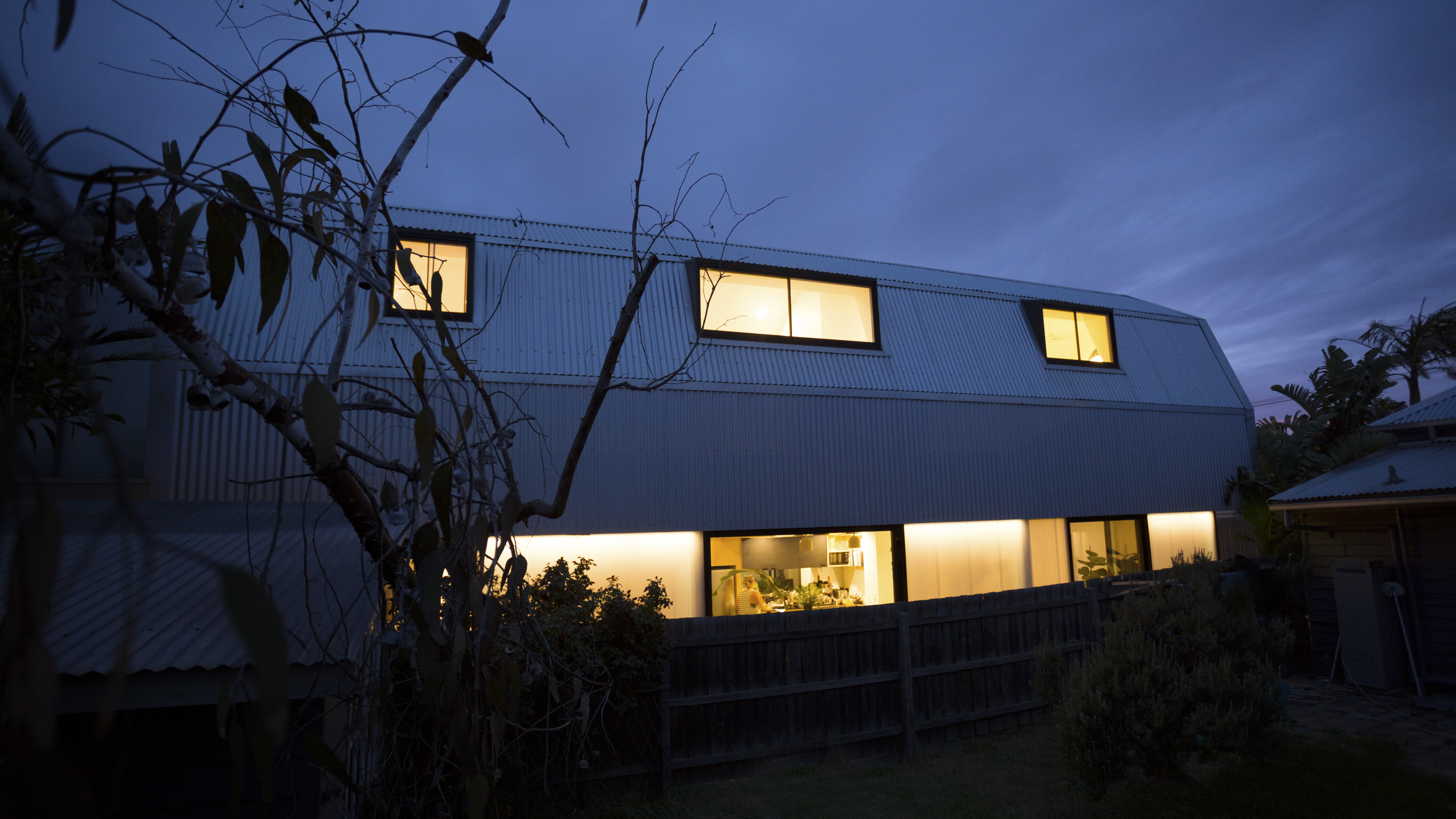 Antarctica's clever design has truly made the most of a relatively tight inner-city site. While they could have stuck with convention, there's no way Windsor Castle could have achieved the light, sense of space and benefits of so much greenery if it was a typical two-storey home built at the front of the site. Flipping the script and pursuing creative solutions to your challenges pays huge dividends. 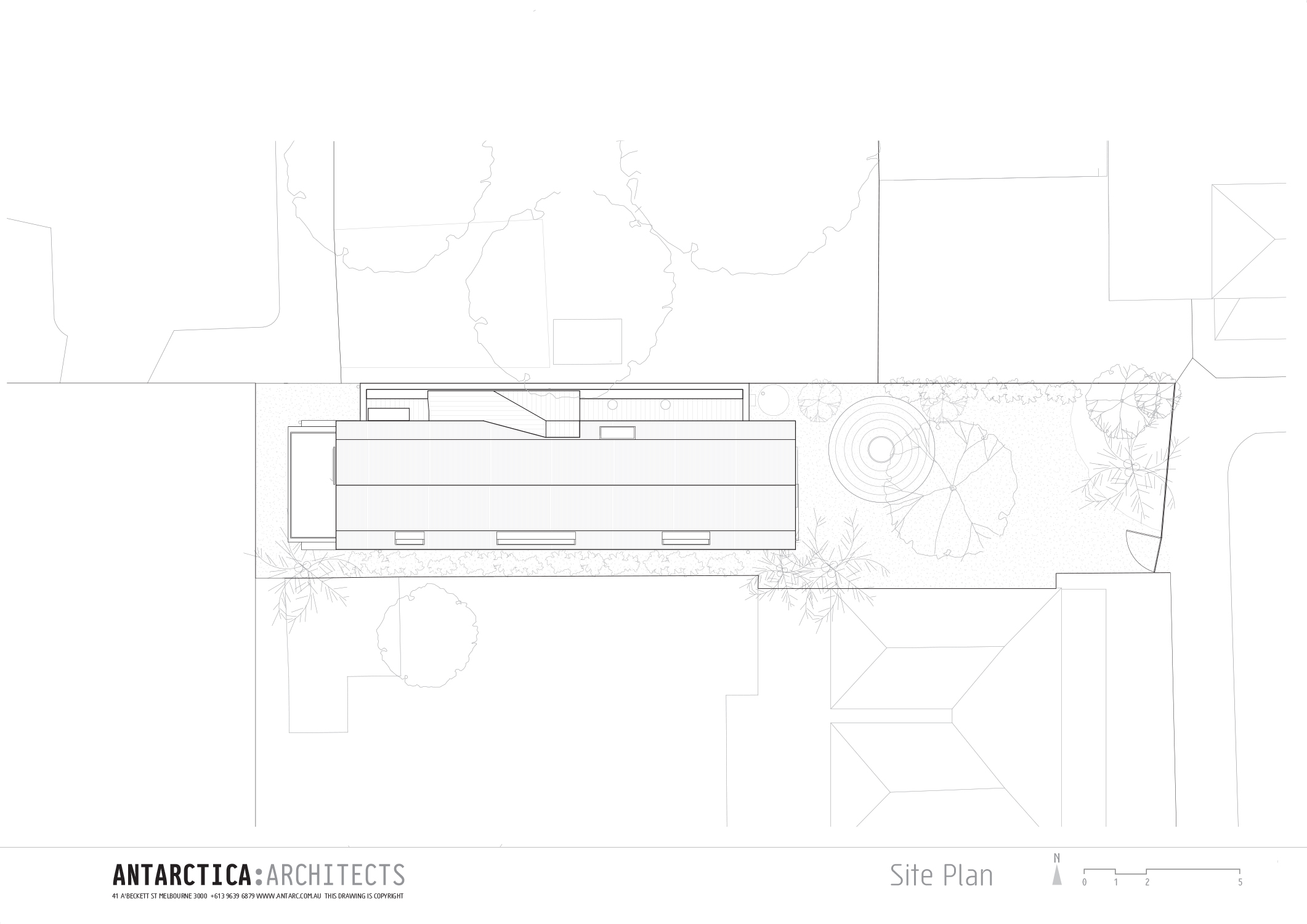 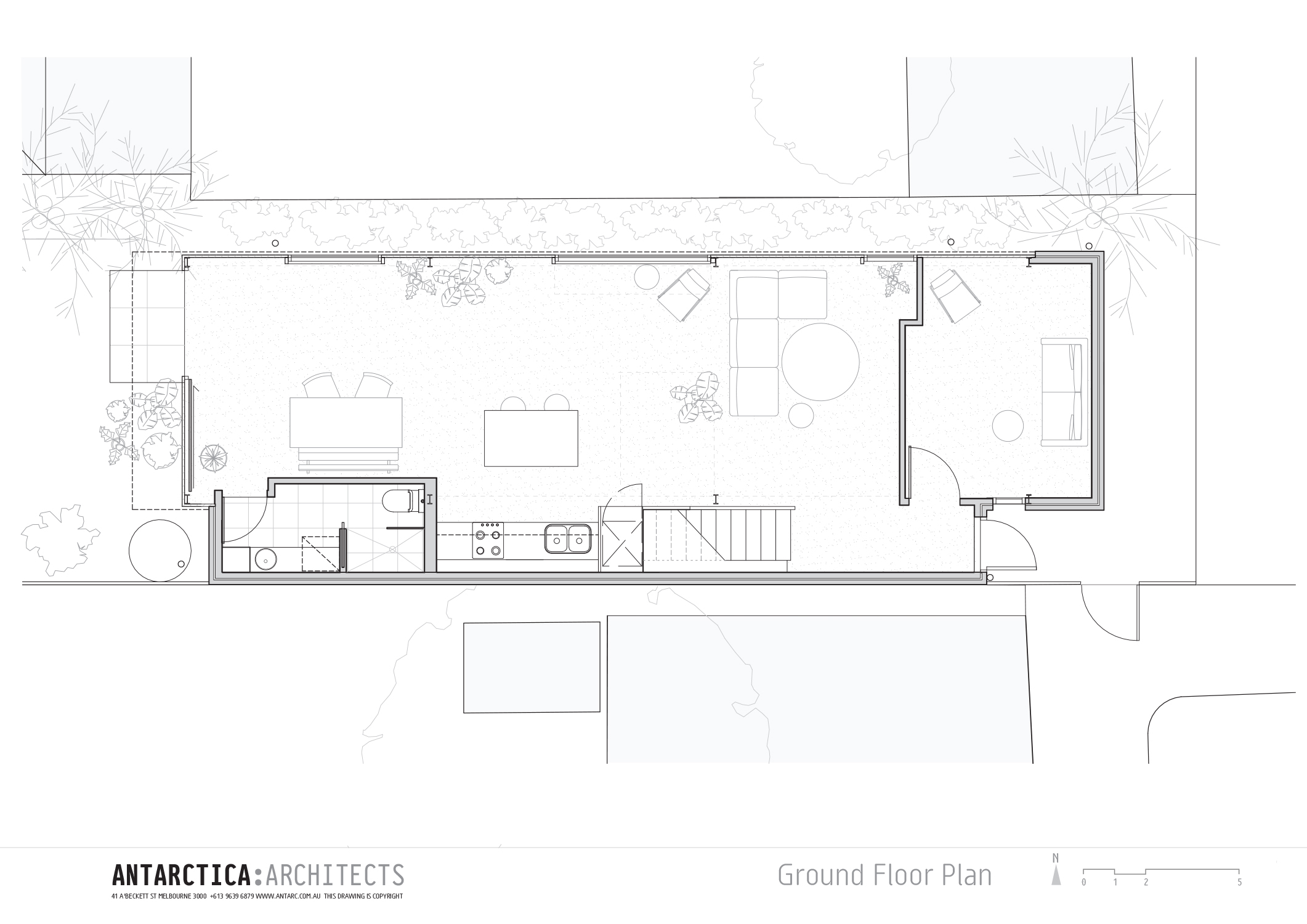 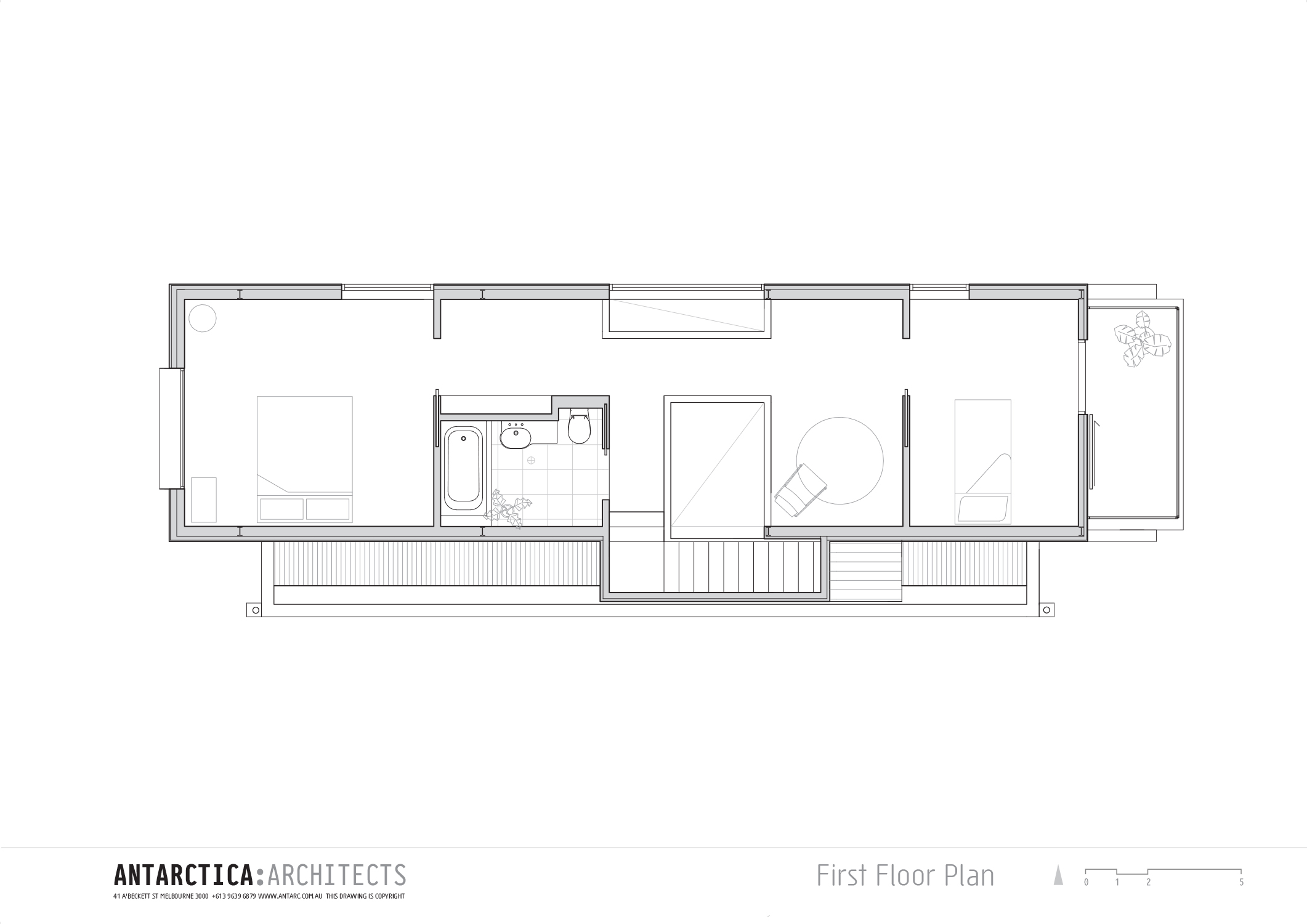 Tell us what you love about Windsor Castle...