This narrow private house demonstrates what can be achieved on the myriad of ‘left-over’ spaces in inner-cities, such as disused easements or parking lots.  Left-Over-Space House is a three metre wide tiny caretaker’s cottage, adjoining a Heritage Hall which has been recycled and extended into a family house for parents and two children. Despite the challenging site, Cox Rayner Architects jumped at the opportunity to graft a new home onto the existing cottage. The extension belies its constraints and reflects the architects' philosophy of making everything count… 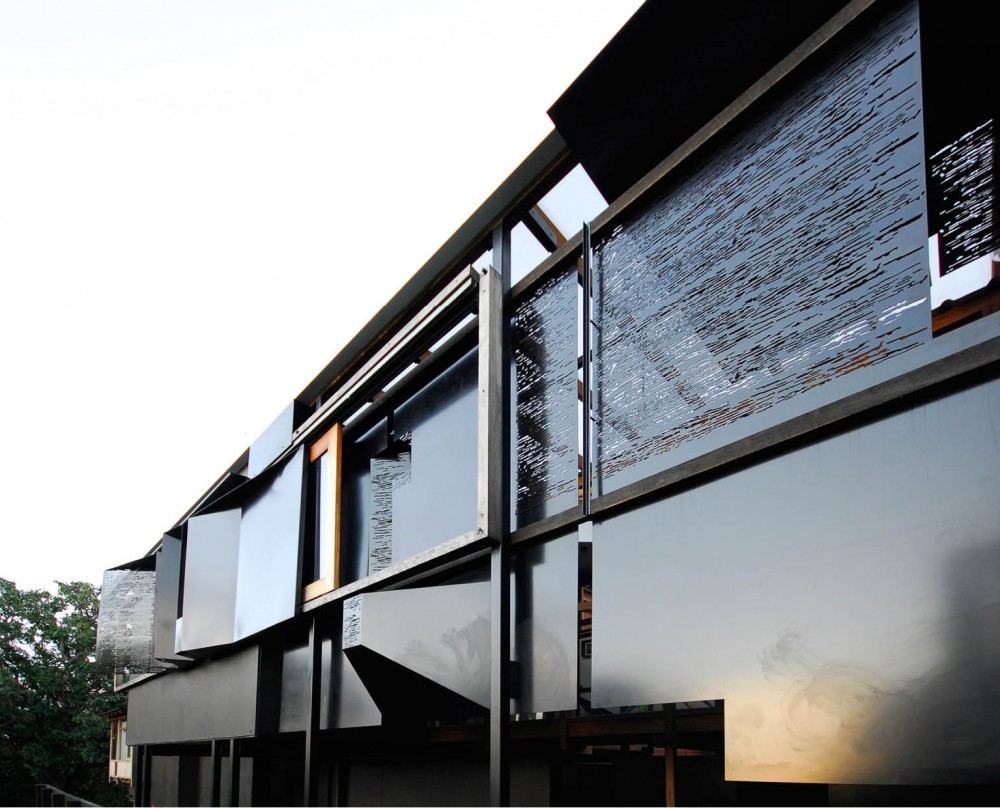 The site has just a three-metre wide frontage to the street. A new study was built to connect and engage with the street thanks to portals and window boxes. This could one-day be used as a home office, perfect for meeting with clients away from the house-proper. 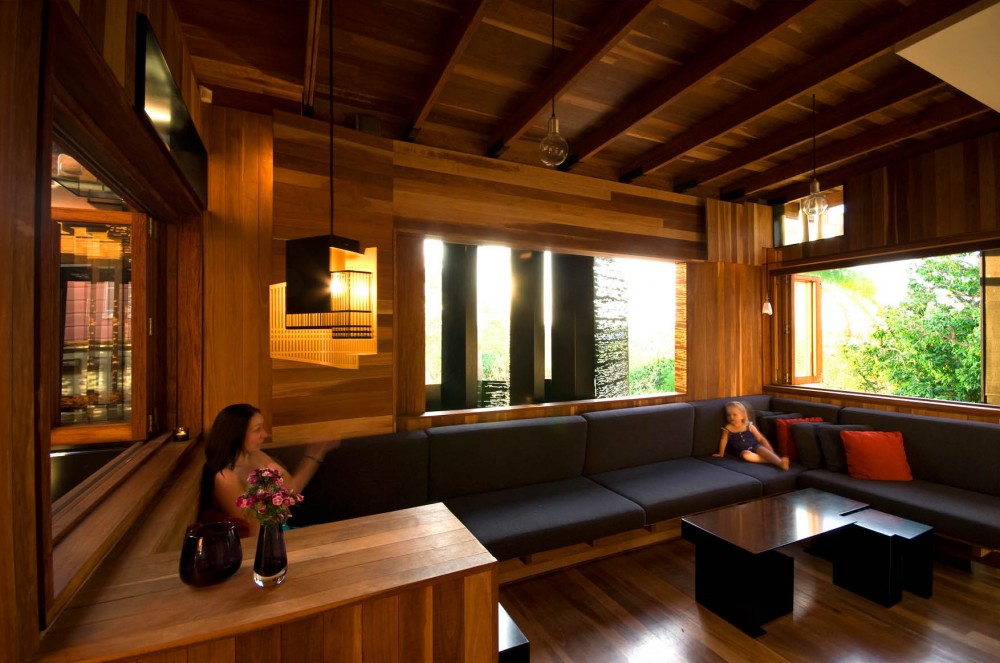 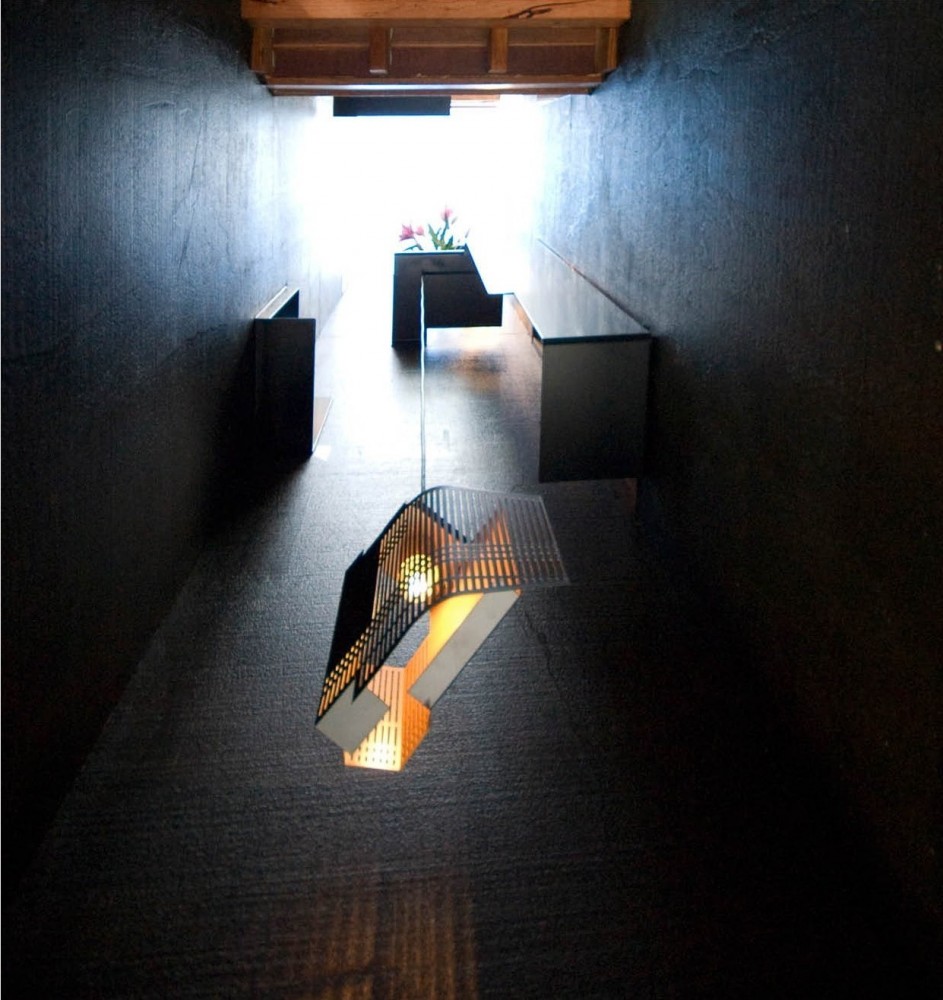 Behind the existing cottage, the site slightly opens up and a roofed and screened staircase atrium which forms the primary social space. A small bridge houses a library and connects the kitchen and living room. Beyond, the bedrooms work with the slope of the site and are stacked on top of each other. A stair leads to a roof deck. 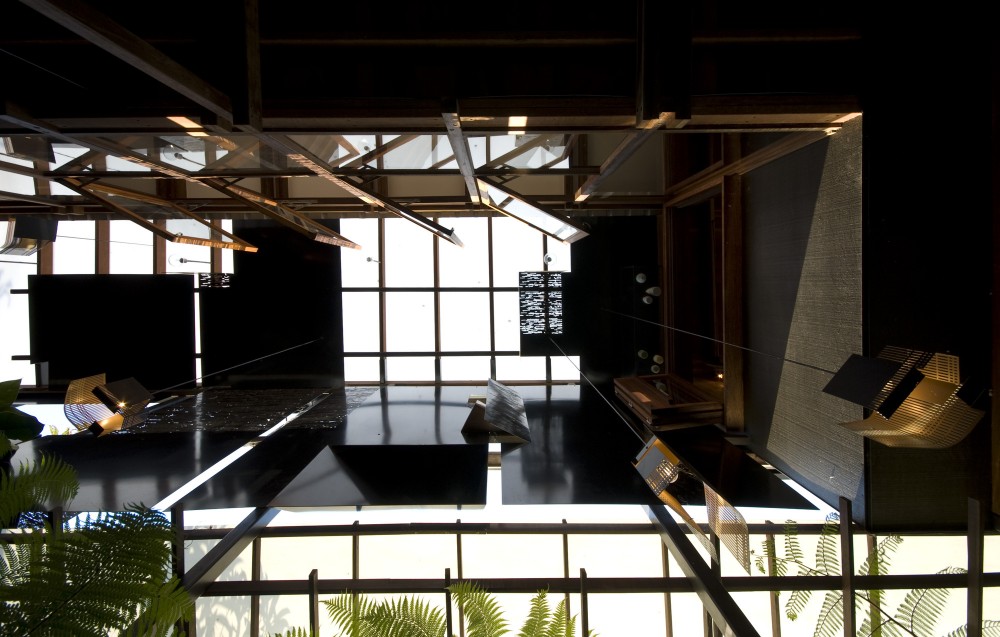 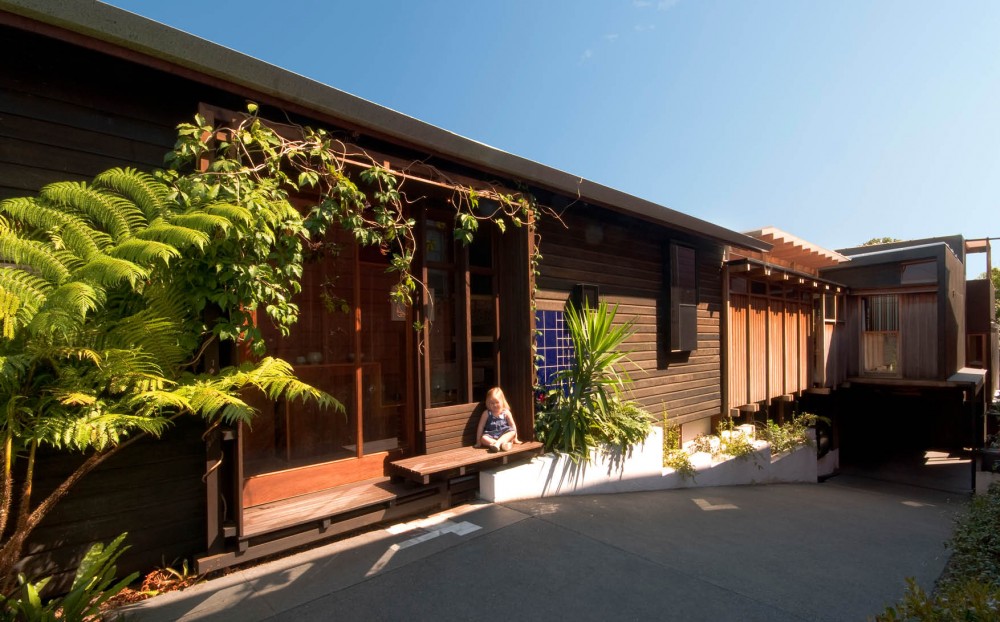 Privacy from nearby neighbours is achieved with a series of iron screens. The screens are perforated for light and air, with the pattern designed to represent the patterns of peeling paint on the weatherboards of a neighbouring cottage. The screens slide or swing out to allow the owners to chat with neighbours when desired or to block the sun when necessary. These screens are just one example of the way the architects have rethought how a private house should work — as both sanctuary and part of the community. 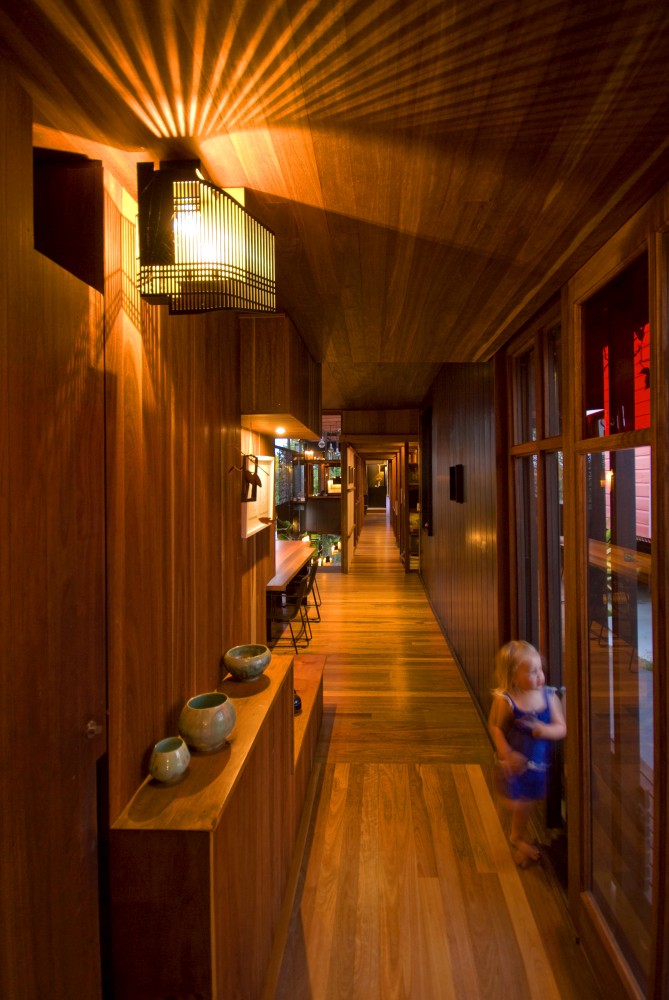 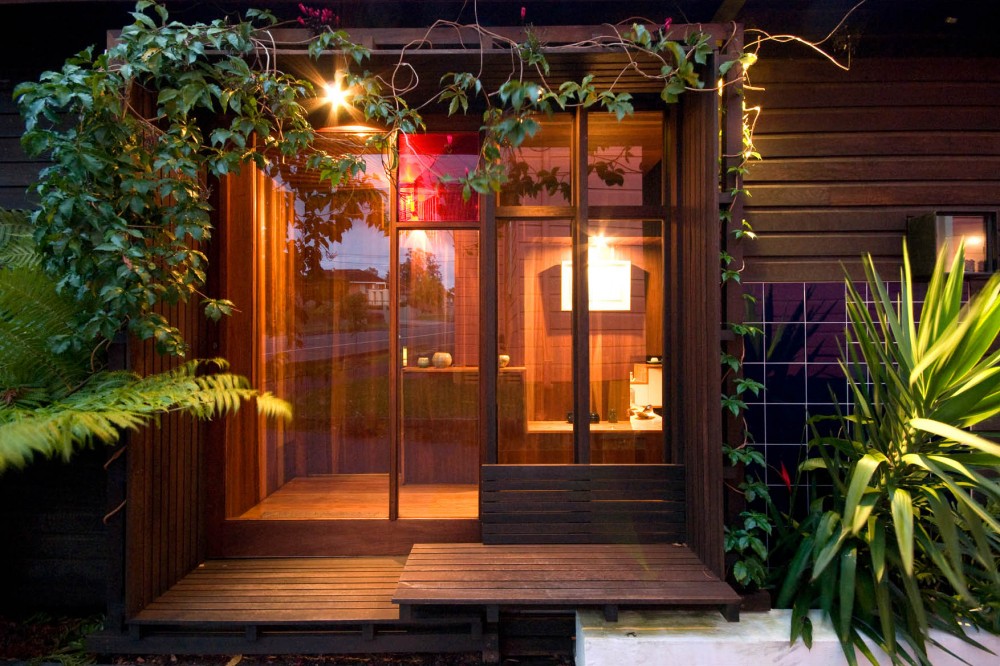 The project recycles an existing small cottage as a piece of the house to which extensions in front and back are grafted in three and five metre wide portions respectively. The former cottage is opened up to make space for a dining are and as a connection to the rear extension. 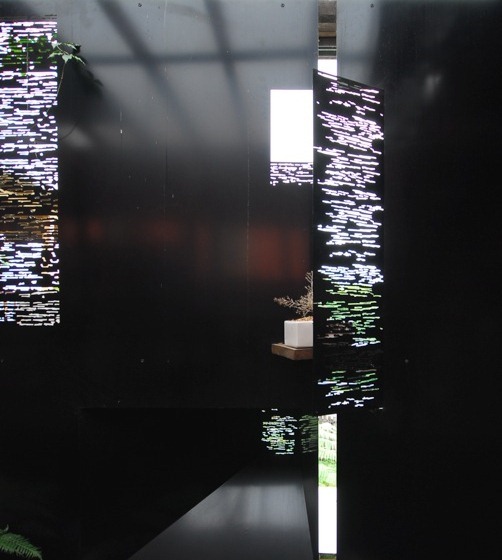 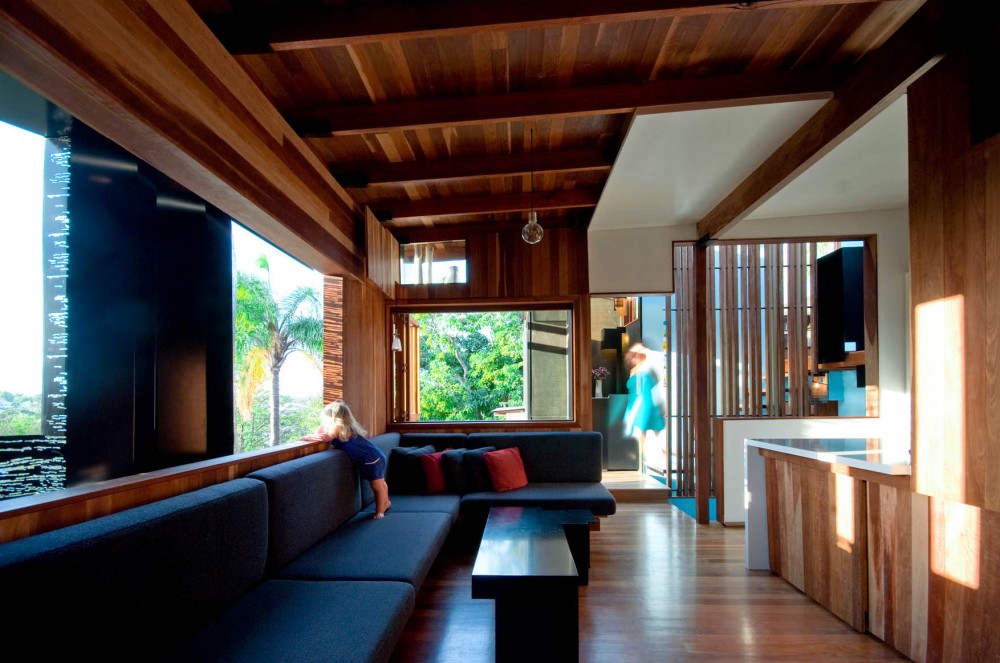 The atrium space is the real star of the design. Its sense of openness and light belies the narrowness of the site. It is also a multifunctional space — the stairs can be used as seating treads. This space manages the climate of the subtropics with layers of perforated iron screens which alternatively project and open up to the outdoors as desired. 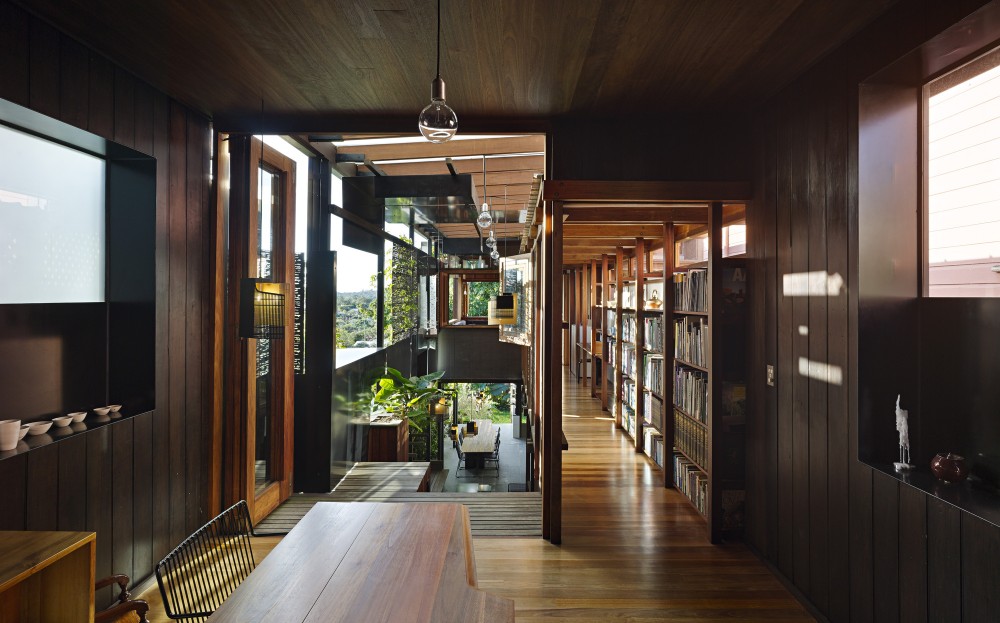 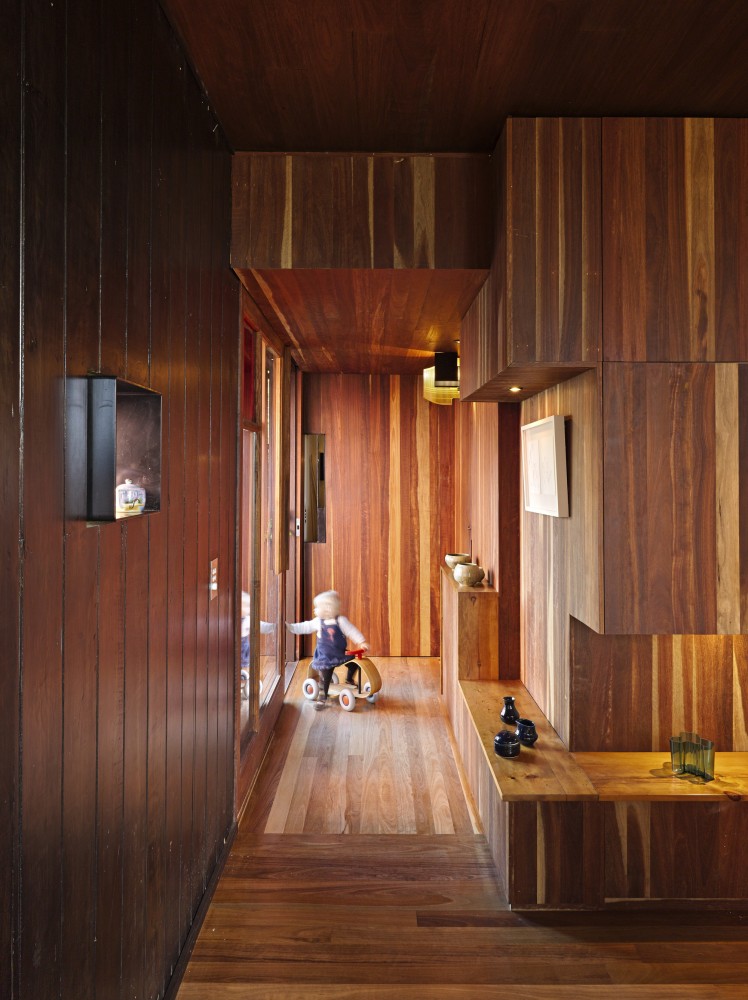 A series of inserted window boxes, a side door to an easement and sliding downstairs doors each play a role in participation in or closure off from other spaces or to neighbours and passers-by. 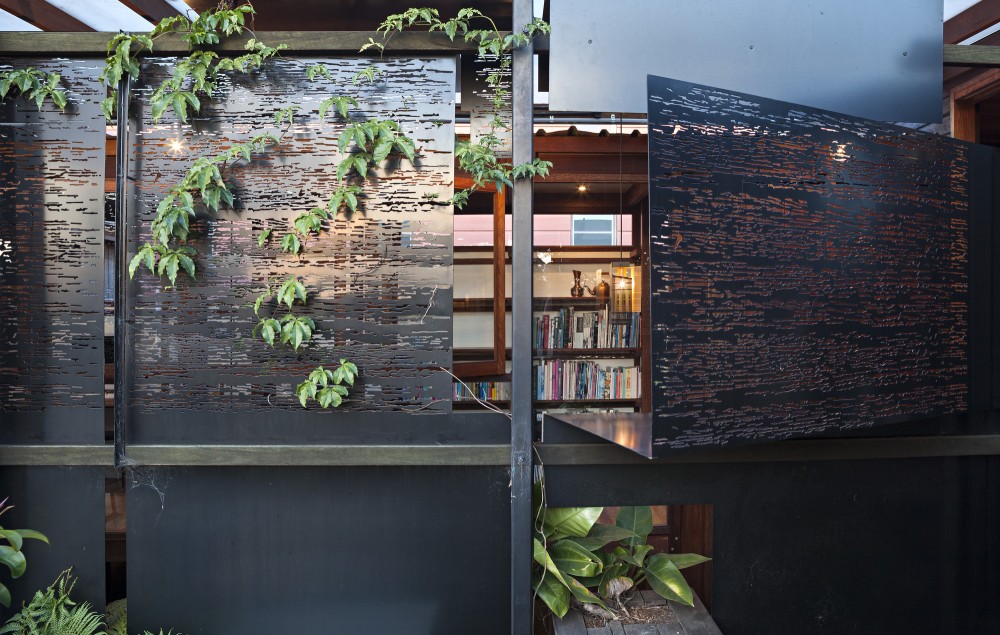 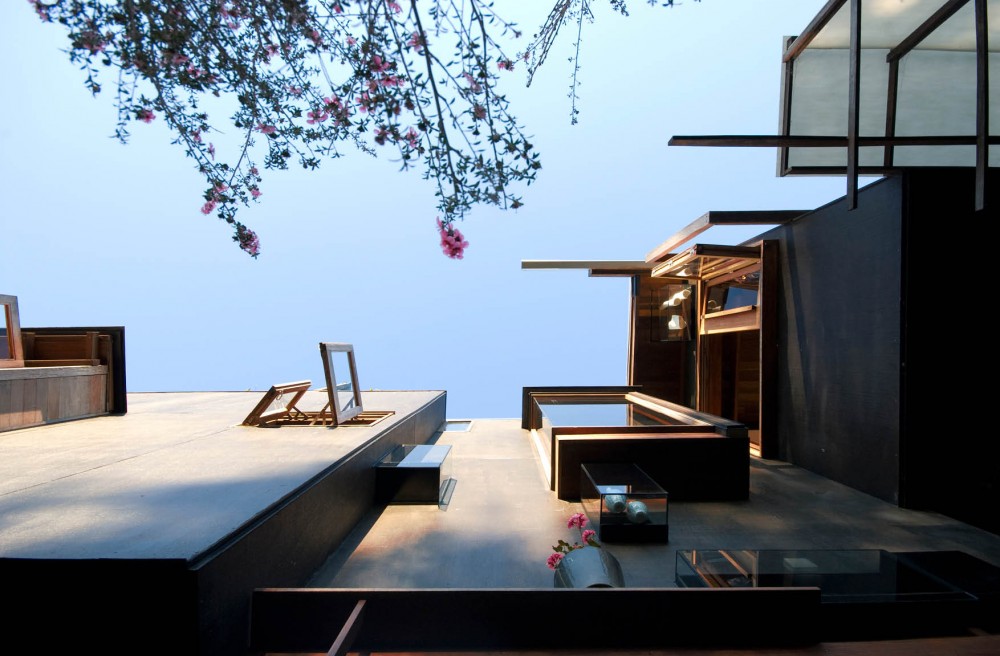 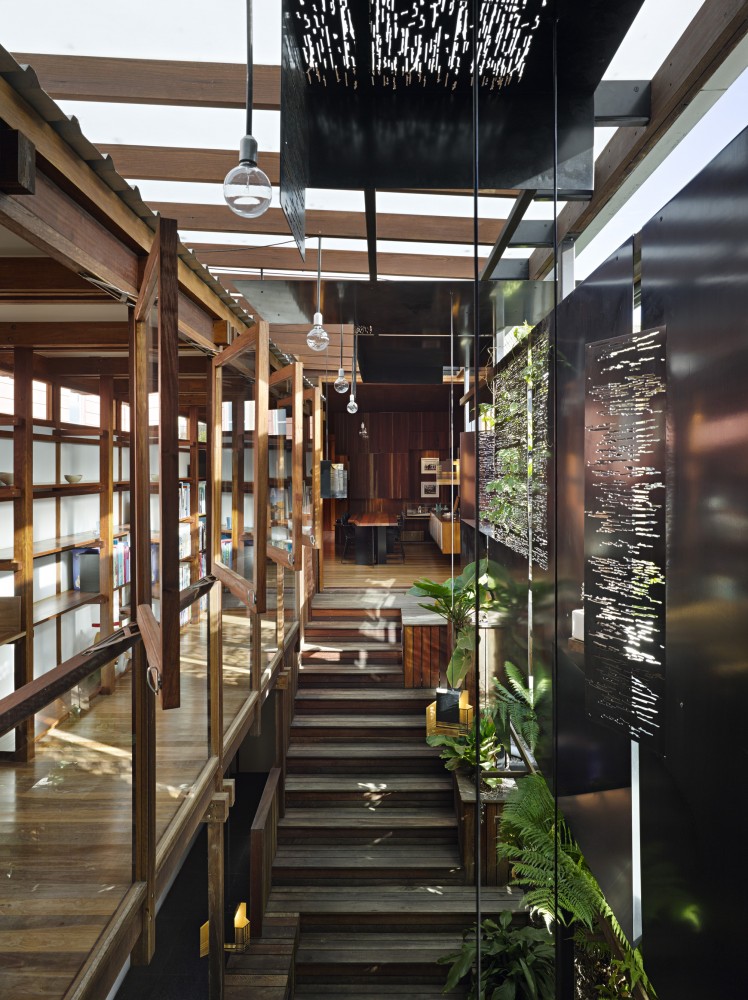 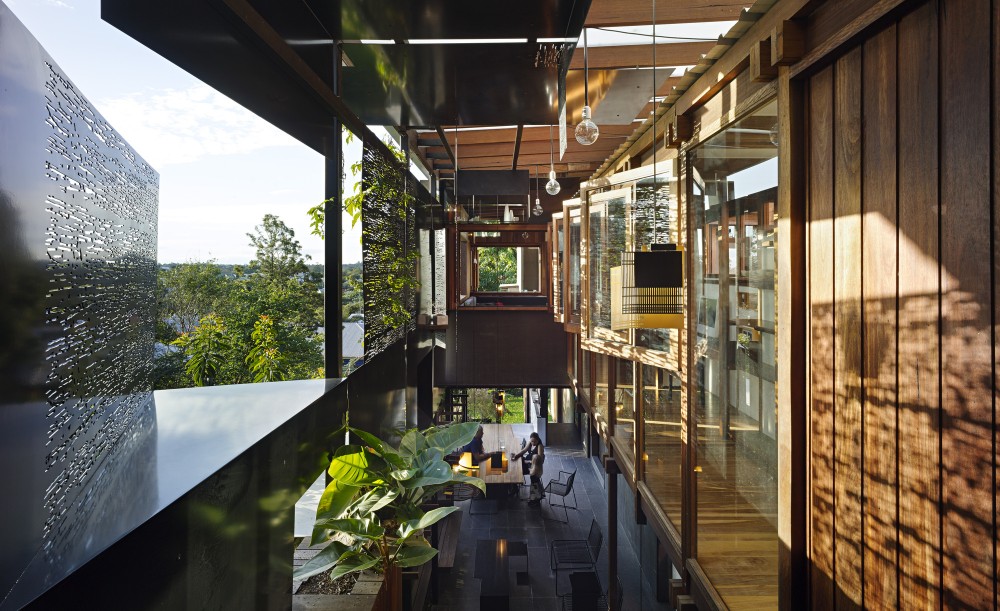 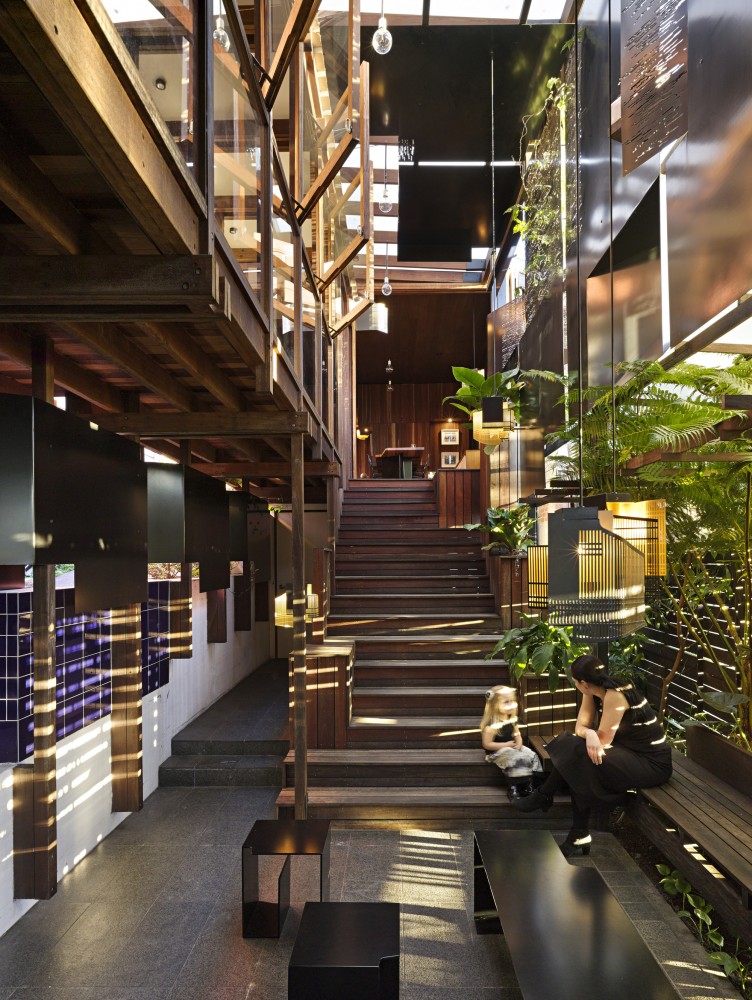 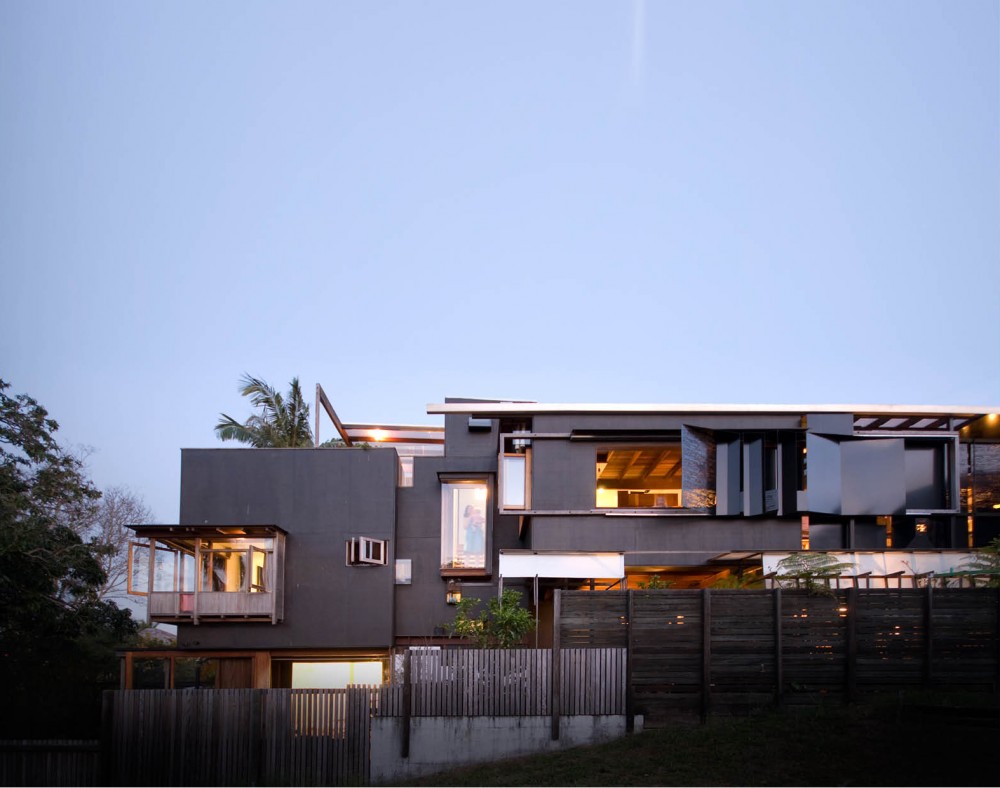 Left-Over-Space House is another prime example of how disused or under-utilised urban spaces can be transformed into unique and delightful family homes. Projects like this address our need for denser, more sustainable cities and help to dispel the attitude that 'density' is a dirty word. No, density doesn't have to mean high rise towers or nasty apartment blocks. Creating density in our cities can be achieved with compact, well-designed homes in under-utilised backyards, along rear lanes, on parking lots. Or, as this home proves, on easements. Hopefully we'll see more left-over-space homes as we find better ways to deal with a growing urban population.