The Shed House Will Make You Think Twice About Old Buildings

Tucked away into an unassuming lane, it's the type of building you're accustomed to walking past without noticing. In most old-industrial inner-city suburbs you'll find these old, rundown sheds that have gone through numerous incarnations but, often, have fallen into disuse.

This particular shed dates back to 1890, when two Irish brothers -- Blacksmiths by trade -- built the simple structure to house their growing coach building business. Since then, it's been a motorcycle repair shop, second-hand washing machine warehouse, builder's workshop and, more recently, an artists' studio.

Located in the Sydney suburb of Randwick, close to The Spot and in walking distance to Coogee Beach -- the location was right. It presented an exciting opportunity to develop a smaller, sustainable and more efficient way to live, while challenging the convention that ʻbigger is betterʼ. But it would take a lot of imagination and a leap of faith to transform this dilapidated shed into a home... 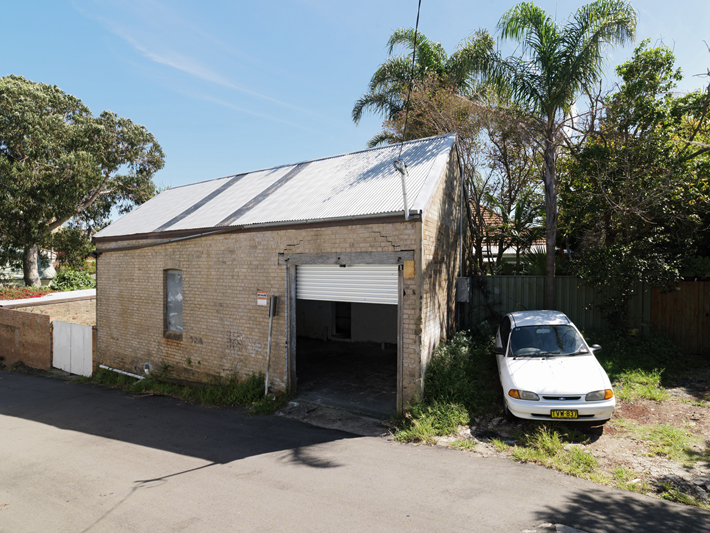 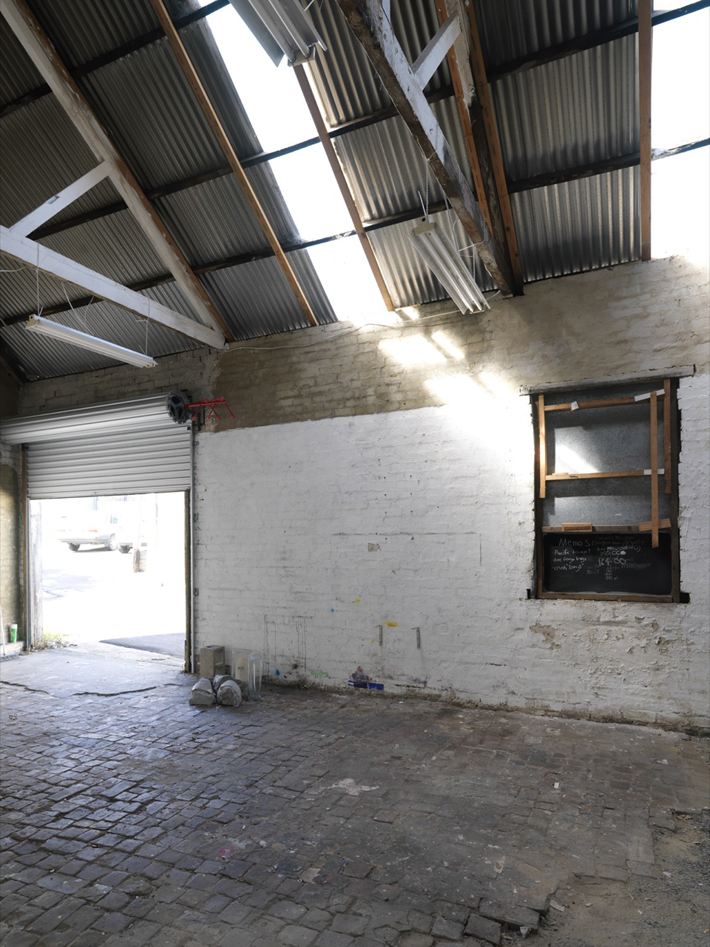 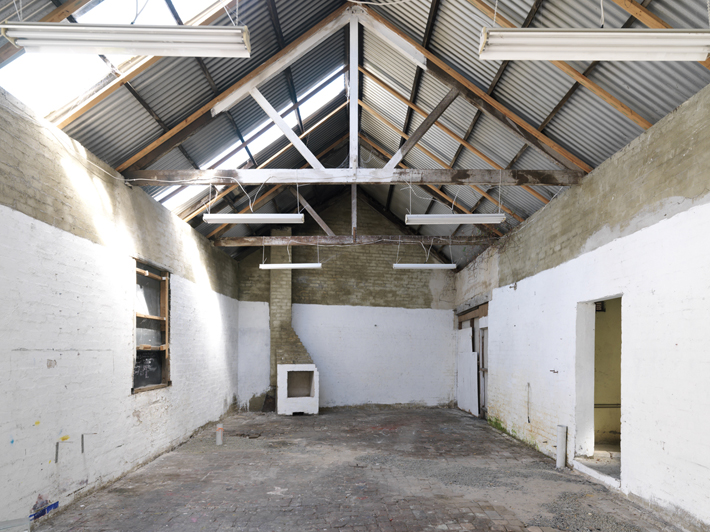 The building had a long and varied history, but time had also taken its toll. When the shed came up for sale in 2003, one of the owners (who'd grown up in the area) was familiar with the building and willing to take the risk to try and transform it into a home. 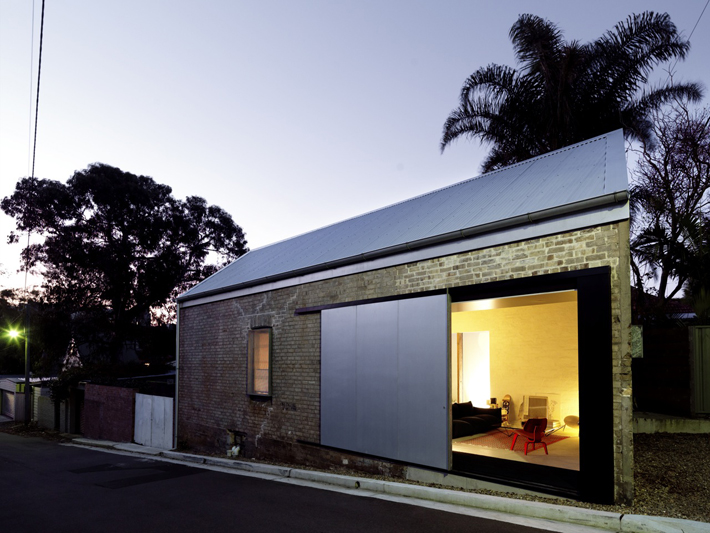 From disused shed to a modern, livable and sustainable home. Richard Peters Associates have shown attention to detail and a restrained hand in the retrofit, creating a space that reflects its heritage value, while effortlessly providing the functions for comfortable modern living. 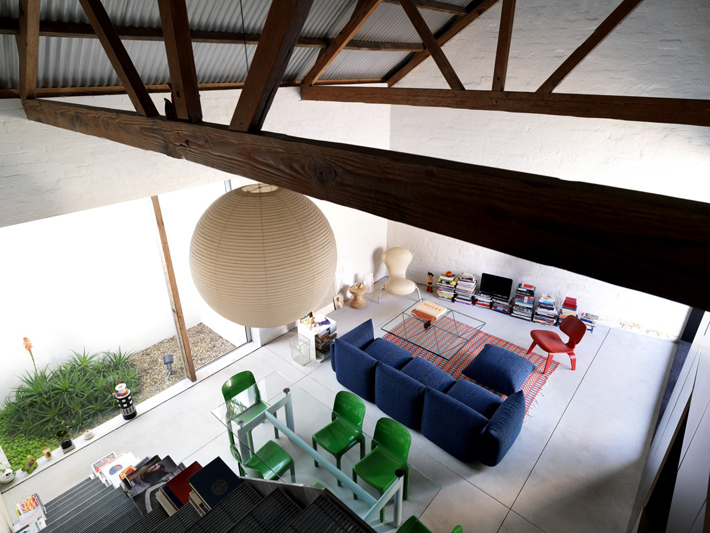 "Off the dining area, a new courtyard garden was established where the old bathroom once was, opening up the northern wall and allowing light in. In summer the sun is controlled by the height of the courtyard wall, and in winter the sun creeps further into the building, warming up the slab. At night the external lights in the courtyard bounce light back into the building to create a very simple and effective way of reducing the energy needed to illuminate the interior." -- Richard Peters Associates 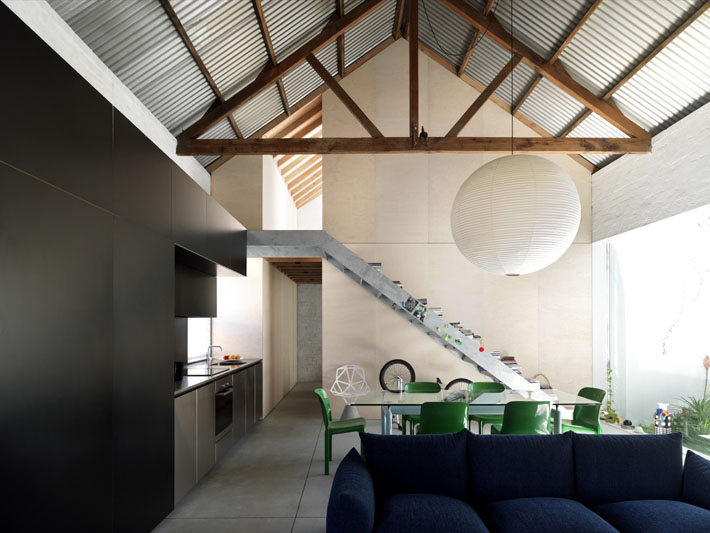 Don't worry, that corrugated iron roof has been given a sustainable makeover. While it looks like a traditional single layer shed roof, it's now a double thickness with a generous layer of insulation in between. That'll keep it warmer in winter and prevent the upstairs sleeping loft from becoming a makeshift torture device.

Similarly, the black kitchen running along the lane side of the house is sneakily insulated to block both noise from the lane and heat transfer -- as is the timber dividing wall between the living area and bathroom/study. Old, double height, brick spaces like this are notoriously difficult to heat, but by breaking up the space, insulating the roof and adding insulation to walls where possible, it makes a big difference. 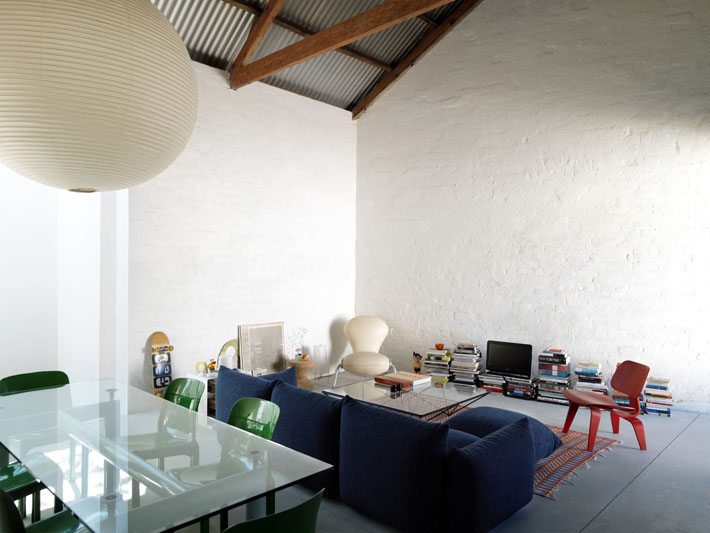 Speaking of insulation -- in terms of sustainability, this home is a winner. It's pretty much a poster boy for adaptive reuse. Adaptive reuse, if you haven't heard of it, is adapting existing buildings for new uses, rather than demolishing and starting again. This minimizes waste and reduces the need for new materials -- including the energy, carbon and financial costs associated with building from scratch. The home improves the quality of the laneway it's built in, making it a safer and greener place for everyone and encouraging further development -- essential if we're to house a growing population in cities without sprawling unabated.

"The building has a north-facing roof that has been set up with solar panels to harness the sun, there are operable doors and windows from north to south to allow good cross ventilation so there is no need for air conditioning, while the thermal mass of the concrete floor holds the winter sun to warm the building in the colder months. Along the southern wall a full bank of kitchen/storage on ground level, and robe/storage on the first level, has been installed as an effective insulator from the adjoining lane way." 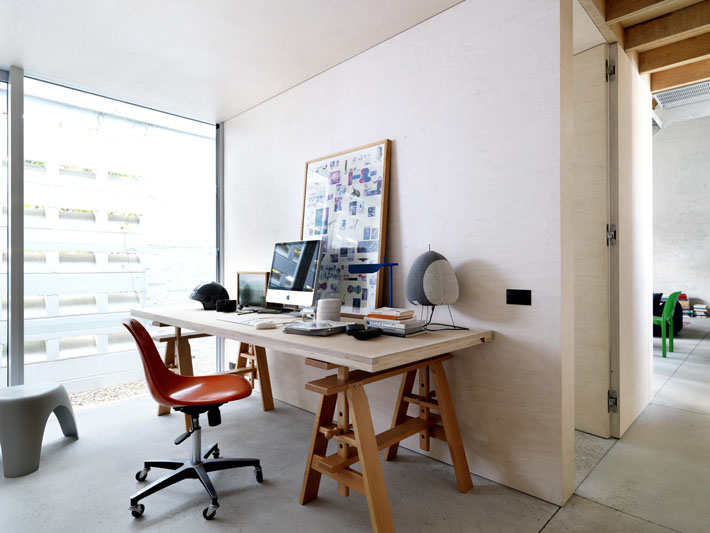 It figures that 'industrial chic' would be a good choice of style in this old-industrial shed. Japanese minimalism makes a little less sense. But the designer's rationale was based on the small size of the project -- just 43 m2 -- inspired by Japanese homes which can be incredibly small, due to their unique system of dividing property for inheritance purposes. Birch plywood, fibre cement sheeting and attention to details helps to create this minimalist aesthetic. The minimalist style of Japanese homes is uniquely suited to small spaces. 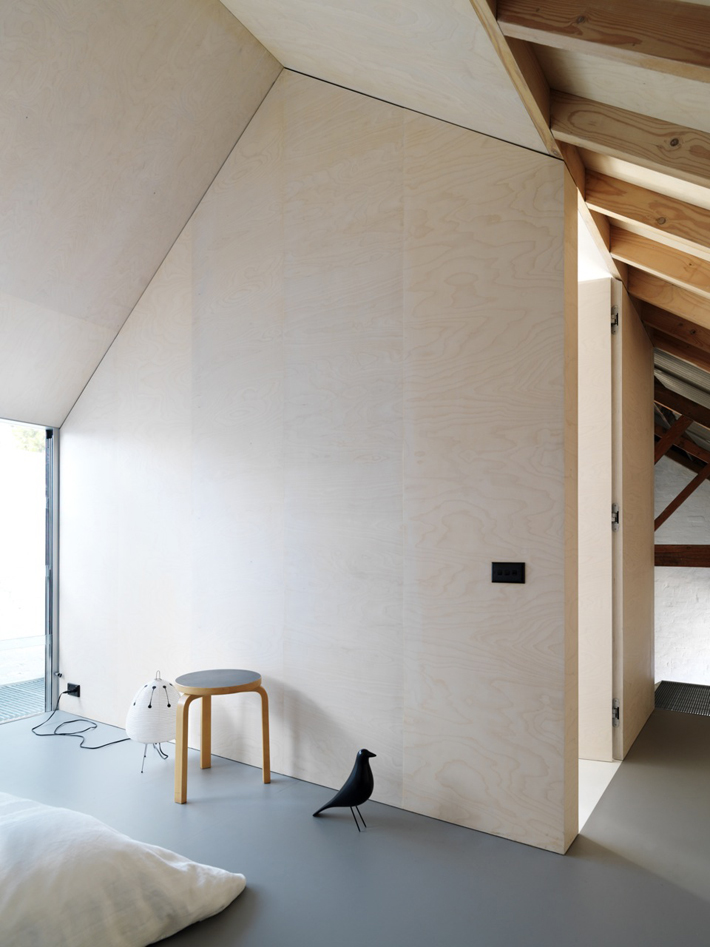 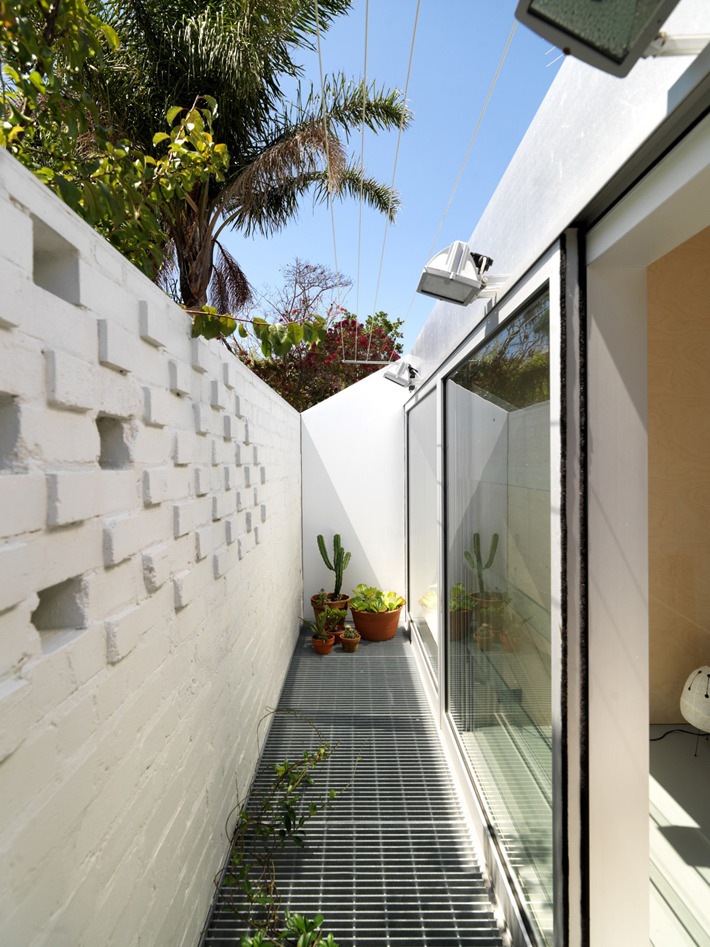 Open to the Outdoors

Floor to ceiling sash windows and sliding doors allow every room to open to the outdoors. Upstairs, a small deck area is created within the footprint of the house, while underneath this serves as a courtyard and light well for the study/second bedroom.

Ever space benefits from cross ventilation to keep it cooler during the summer, taking advantage of those solid brick walls to cool down overnight. 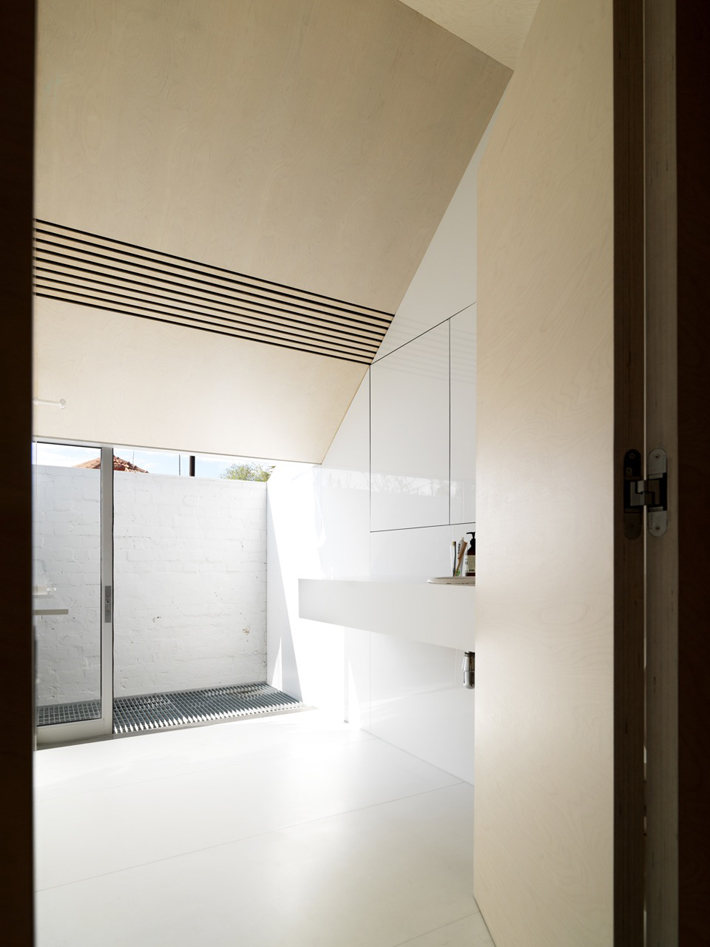 Cleverly placed windows, like in this bathroom, allow the home to feel open and airy without compromising privacy. Storage is cleverly concealed in thickened walls between spaces. 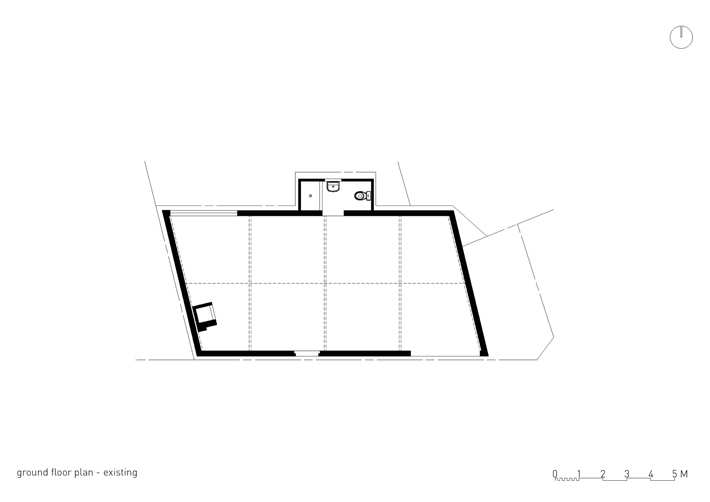 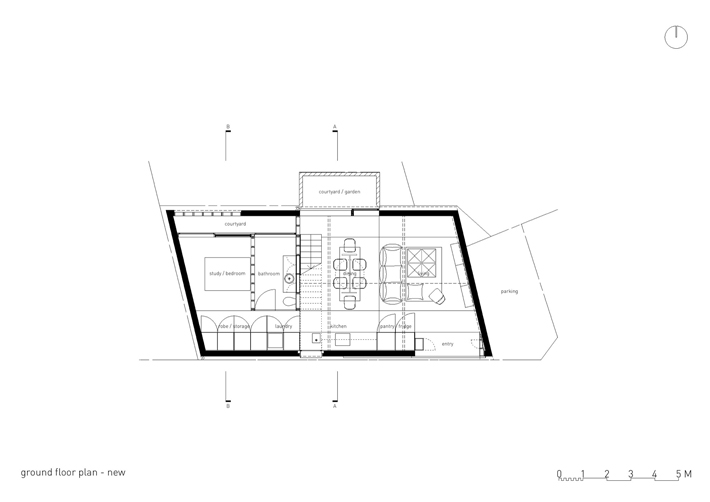 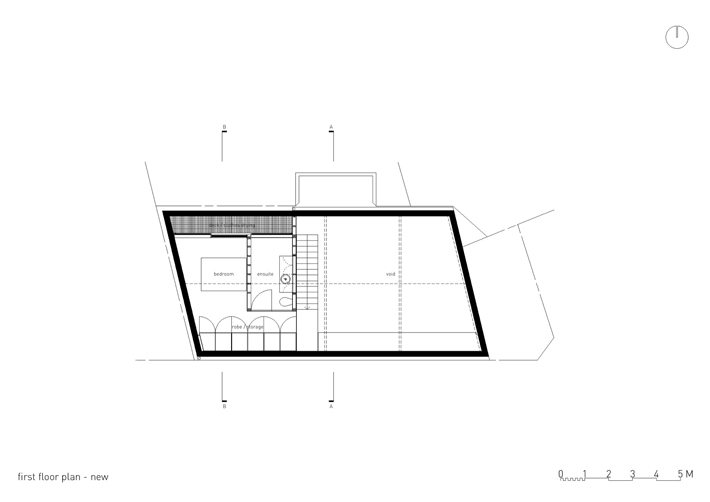 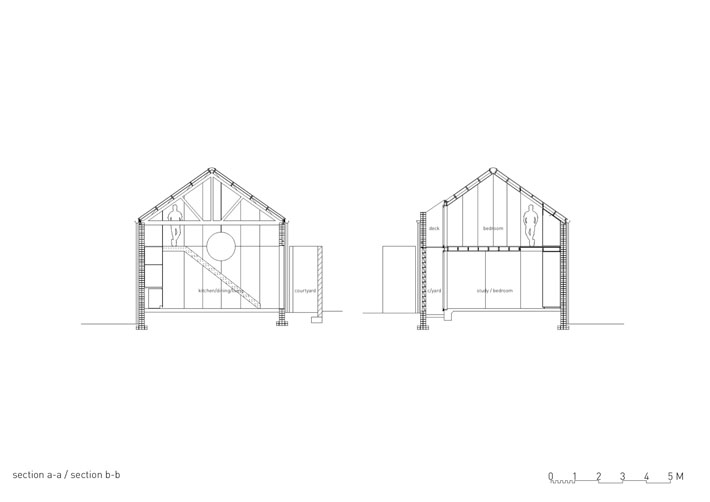