Let's face it, older homes are rarely the most energy efficient. The existing home on this Redhead property in coastal New South Wales was a project home from the 1970s. It was oriented North-South on the site, practically ignoring passive solar design principals. It also lacked any significant connection to the outdoors. And when you live in coastal New South Wales, that should be a crime!

Bourne Blue Architecture's alterations to the property reconfigures the existing house into a bedroom wing, and adds a new living wing which is aligned to make the most of the sun and prevailing winds. The new extension is a high performance space which boosts the energy efficiency of the whole home, making it easy to heat and cool year-round… 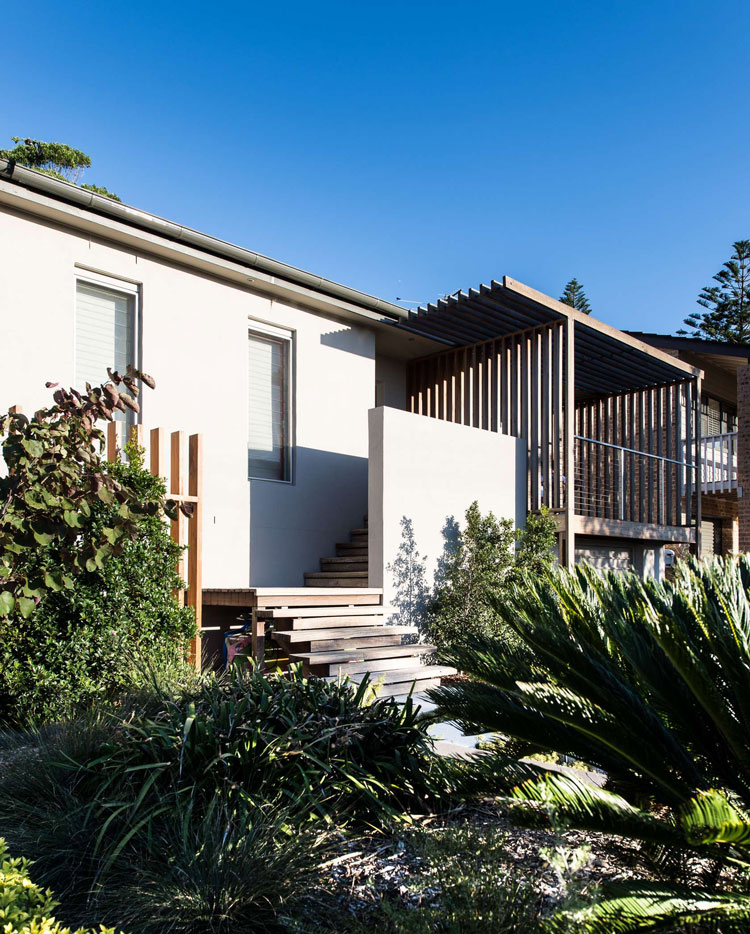 Existing Home: Original 1970s home is updated a little at the front, but a new wing at the rear is where all the action is. 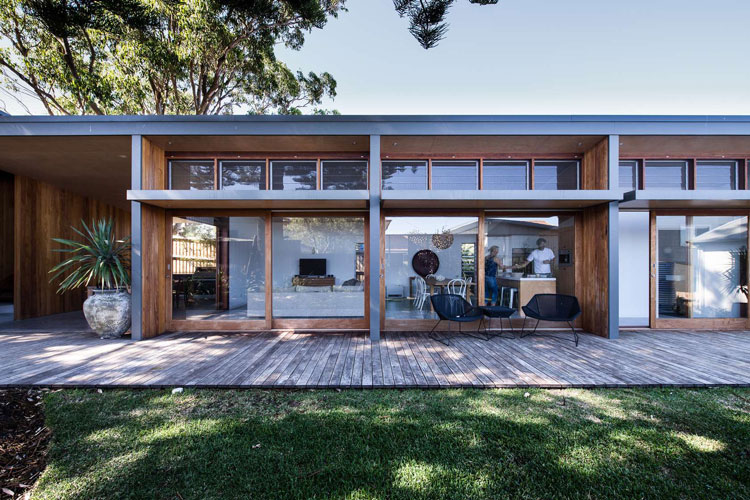 New Wing: Contrast the old home with the new wing which is oriented towards the North to catch the sun. 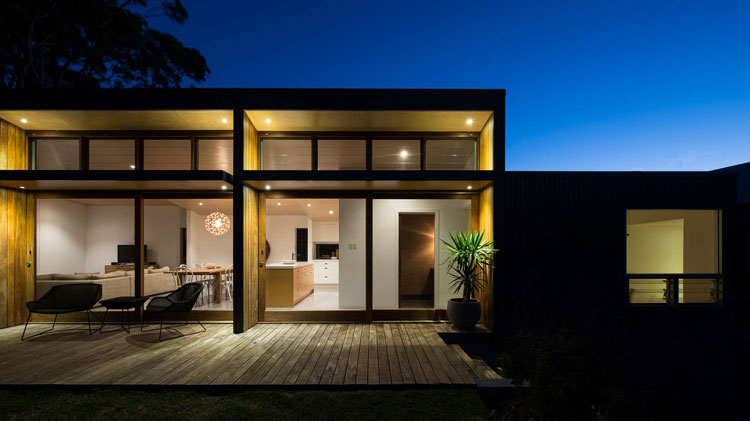 This project at the coastal village of Redhead (near Newcastle, Australia) was on a large suburban block running East to West and gently sloping to the rear. Towards the rear of the yard in the North-East corner are two large Norfolk Island pine trees. 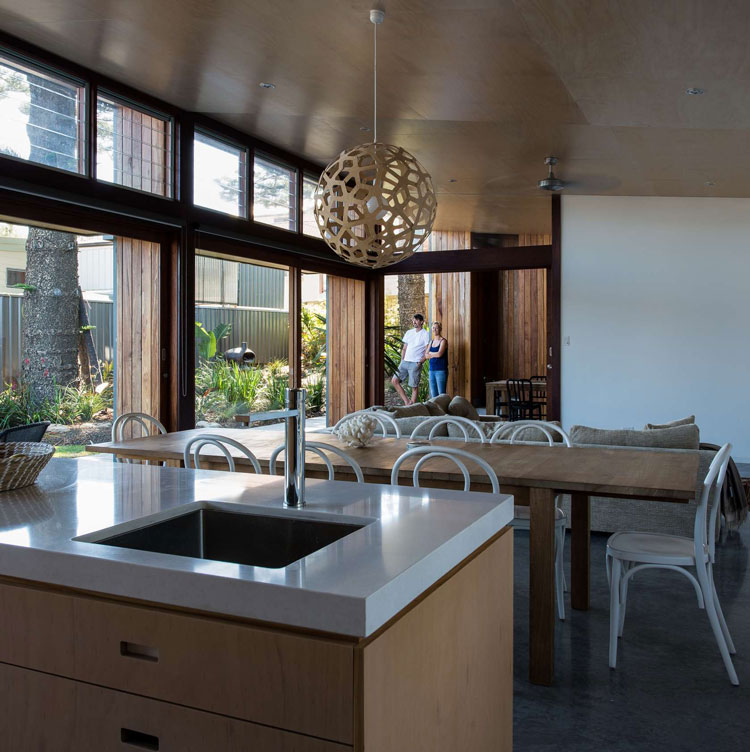 Open and Light: The new wing improved the solar access and openness the the yard.

By converting the original living areas in the small '70s home into bedrooms and facilities, Bourne Blue Architecture were able to add a new living wing pushed to the Southern side of the block to maximize Northern light. 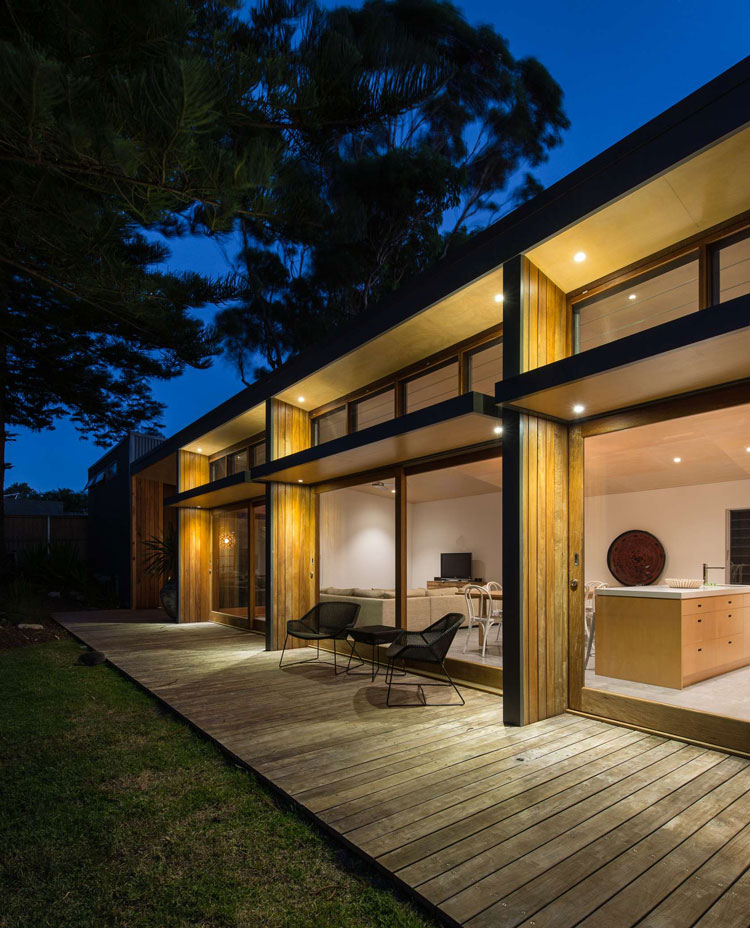 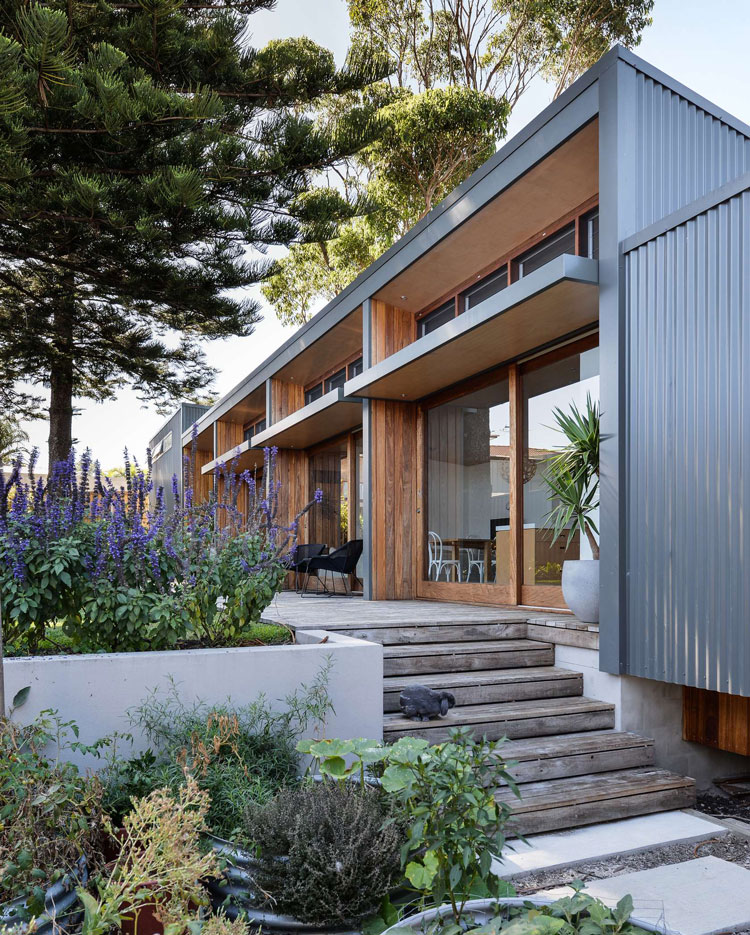 Connection to the Yard 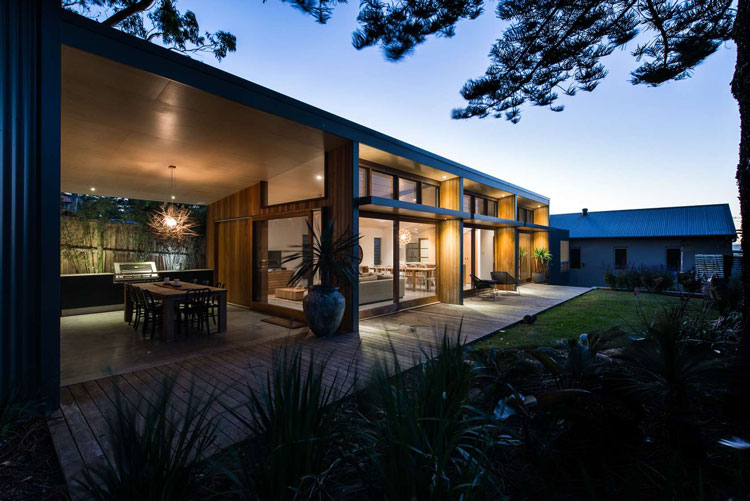 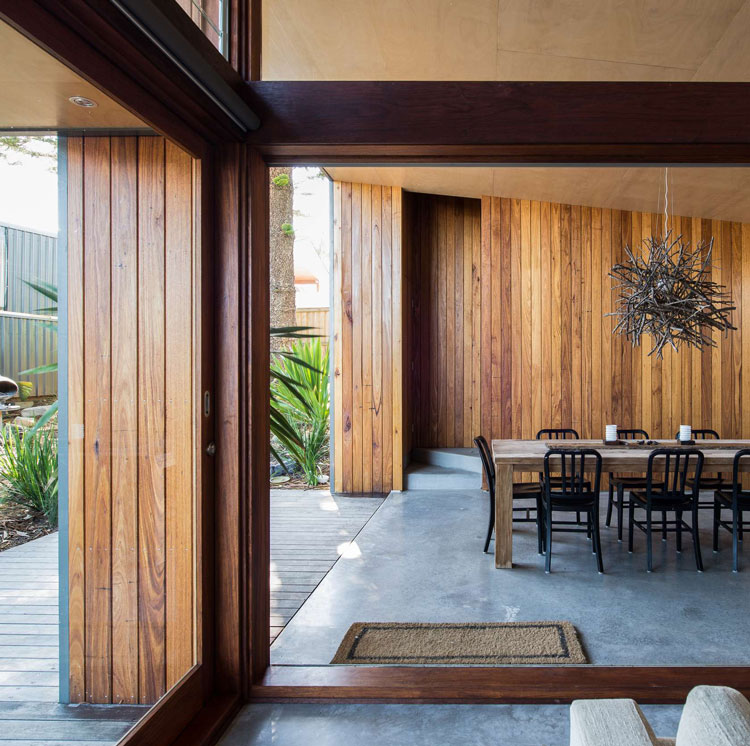 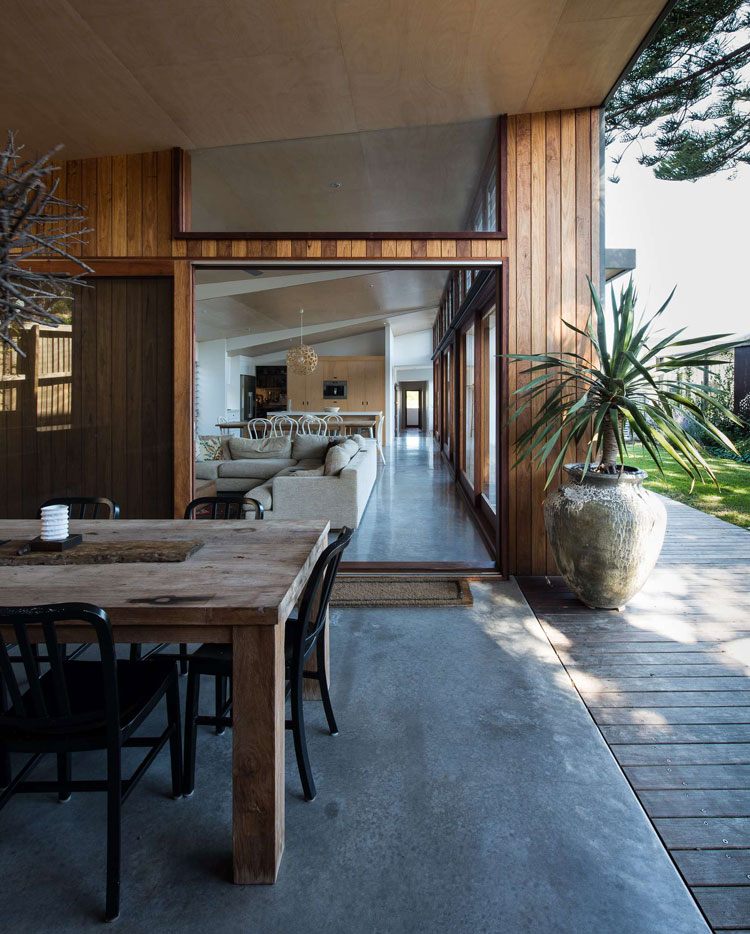 It was possible to locate the garage at the rear of the property with access off a rear lane. The space between the new living wing and the garage is a roofed barbecue area, creating an open-air entertainment area. 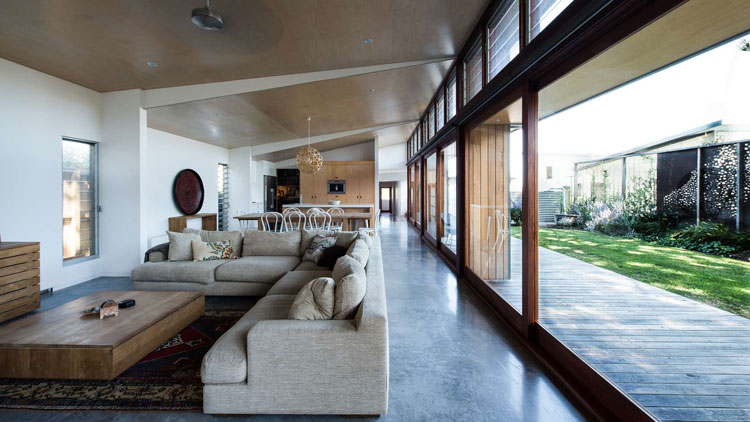 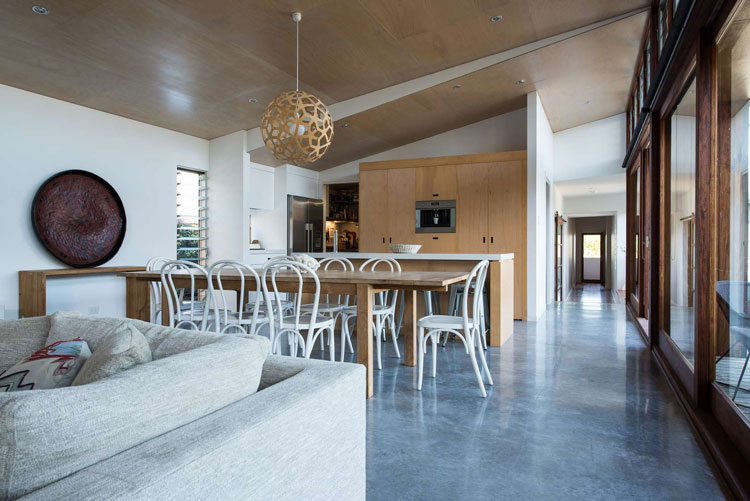 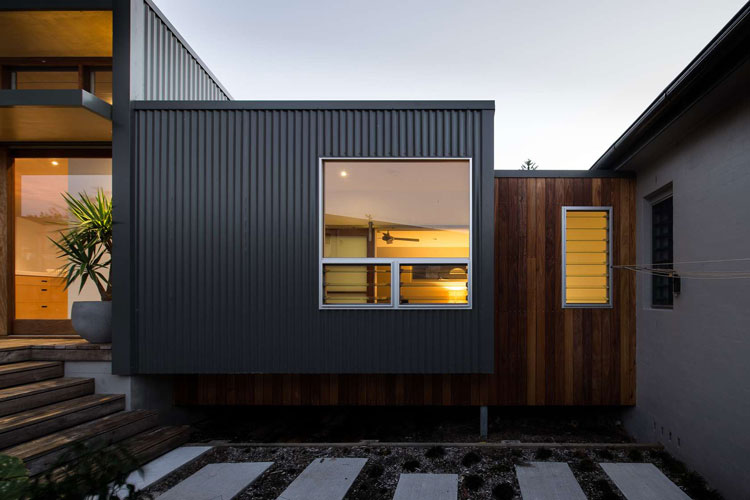 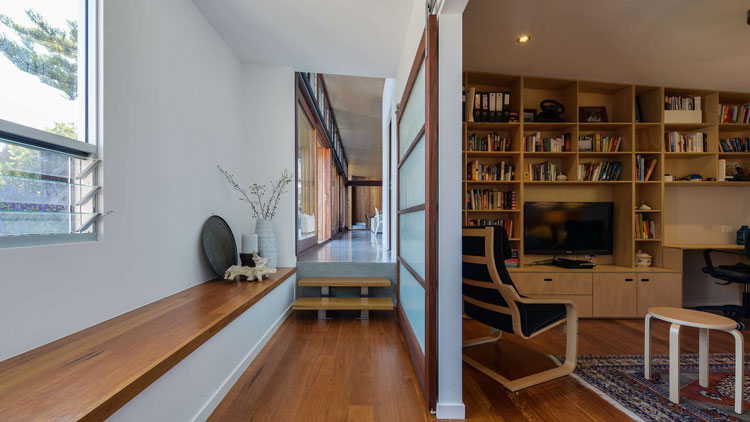 Connection Old and New: Corrugated iron cladding and a step up into the new space marks the connection between old and new.

Apart from energy efficiency improvement, the Redhead Alterations improve the sustainability of the home in a other ways too: 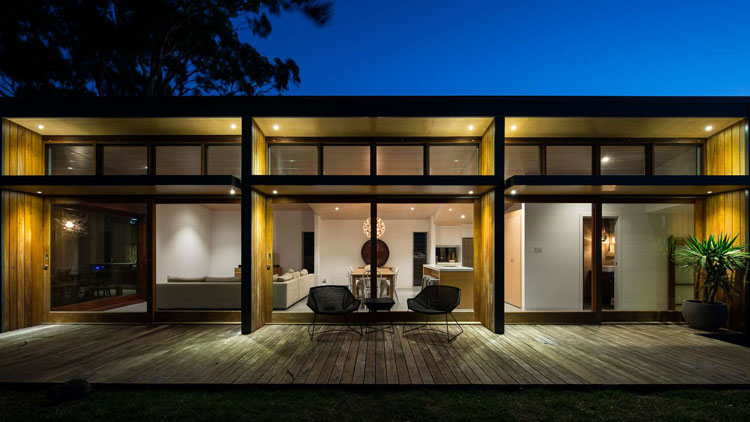 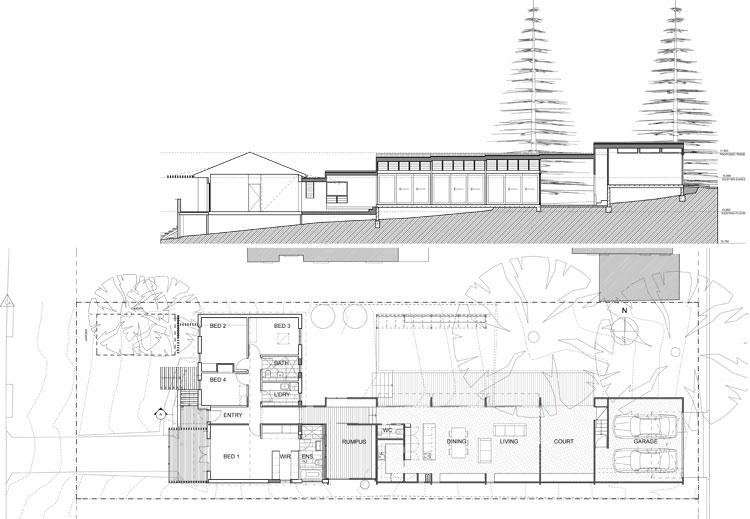 It's a shame that so many houses lack energy efficiency and passive solar design principals, but great to see new extensions realigning and reconfiguring to take advantage of natural heating and cooling. Even if you don't require a spacious new living wing, it's worthwhile considering what you can do with an existing, inefficient design to improve its energy efficiency.

Bourne Blue Architecture also designed a small, small home in a gritty urban area. If you love homes that take advantage of passive solar heating and cooling, take a look at this house which remains comfortable without heating and cooling (even even when during extreme temperatures).

What do you think about Redhead Alterations? Do you have a home that could benefit from a new energy efficient living wing?